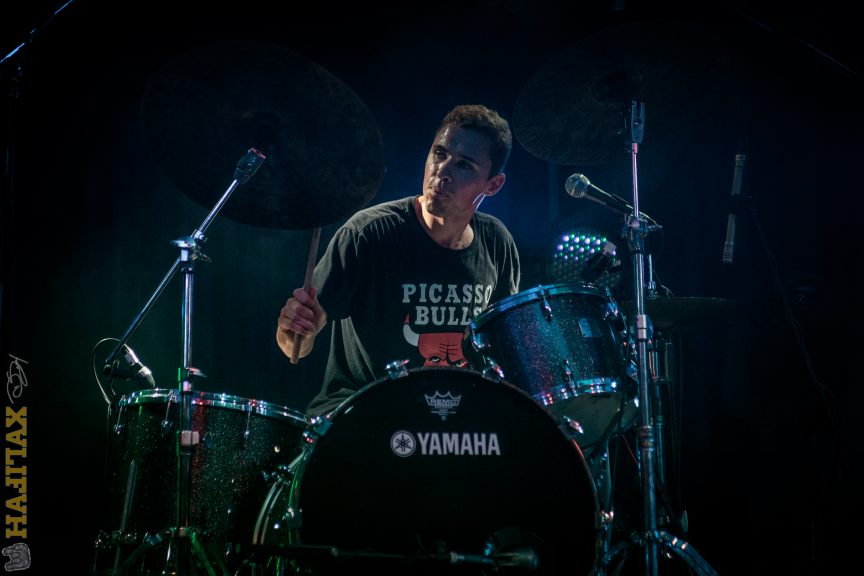 Returning to the Halifax Pop Explosion is part first day of school, part high school reunion. For some of the media folks, this is the only time we bump into each other; for others, they tend to be our comrades throughout the year covering other shows in town. It’s always great to see those familiar faces around town during the fest, and enjoying the downtime between sets by being able to chat and get to know one another. After the rust was knocked off (both figuratively and literally) on the opening night of the fest, it was great to be able to check out a few shows, and be able to ride from show to show and chat. 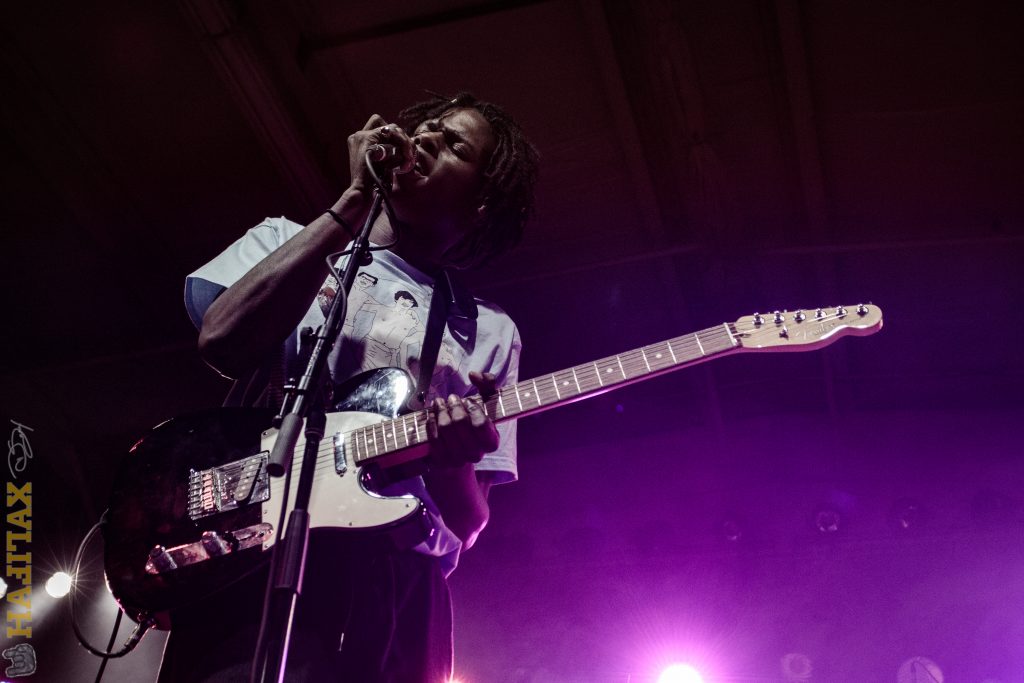 Going into Night 2, I didn’t have much of a plan of what I wanted to check out. Before his recent cancer diagnosis, and subsequent tour cancellation (to undergo treatment), Charles Bradley was slated to headline the main stage; but festival favourites Bad Bad Not Good were tapped to fill those shoes. So I opted to hit the Forum Multipurpose Centre, to check out some of Bad Bad Not Good, and maybe some of the opening acts, Lady Wray and Daniel Caesar. But, being a fan of comedy, I opted to start my night off with some chuckles at the much-maligned Halifax Public Library (in the Paul O’Regan Hall).

This show was headlined by Aparna Nancherla, a comedian I was unfamiliar with before this show, but I was here to catch Sarah Schaefer while she was in town (as I knew I had conflicts on Day 3). While I would have liked to see more of Sara’s act, I knew she only had limited time; hopefully she comes back sooner than later. Aparna was hilarious, and definitely converted me into a fan by the end of her set. Love her bit on naps and having to be your own detective when you awake in that usual stupor. If you get a chance, check her out!

After the comedy show wrapped, I managed to make it to the Forum for the tail end of Lady Wray’s set. Love the vibe that she had going on, as it was all sorts of great; the fusion of funk and soul, backed by an actual band, was a great way to get the crowd moving. Daniel Caesar then proceed to hit the stage, and wooed the crowd with his chill soul/R&B slow jams. While he proceeded to win the crowd over, it just wasn’t resonating with me. He sounded great, and his backing band was solid, it just wasn’t for me on this evening. 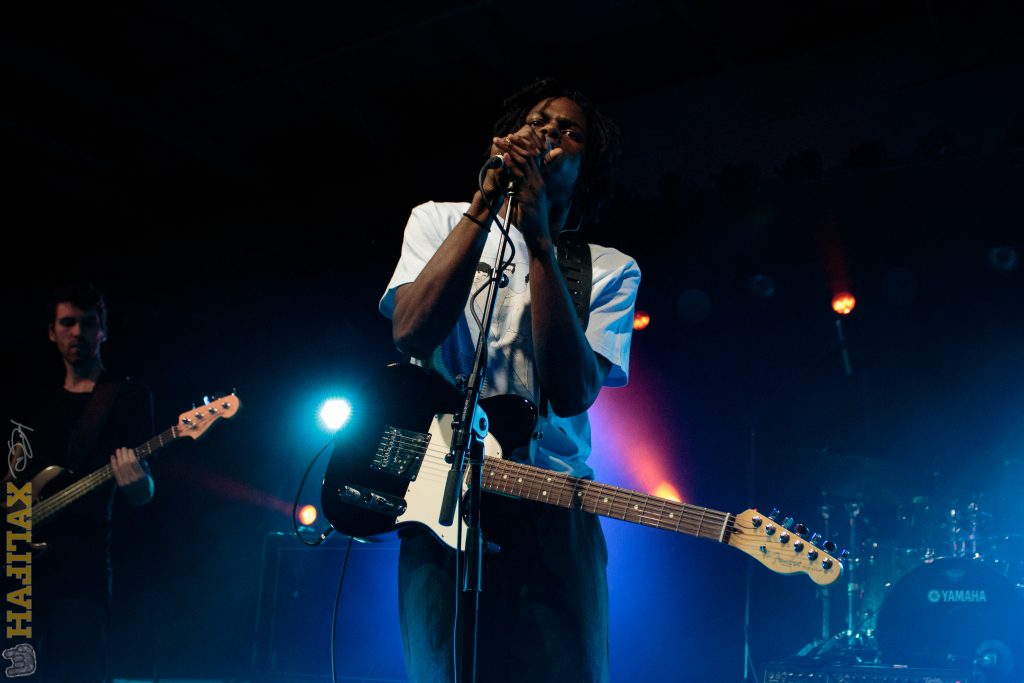 Between sets, I met up with pal and fellow photog Scott Blackburn, and we hung out and chatted. He didn’t have a plan for the rest of the evening, and opted to join my venue-hopping plan after we caught some of Bad Bad Not Good. I wanted to see what was going on at Gus’ Pub, catch some of White Lung’s late set, and then close out the night with some EDM courtesy of Holy Fuck. We made plans and headed into the pit for BBNG.

Bad Bad Not Good finally hit the stage a short while later, and fired up the crowd with their hip-hop/jazz fusion sound. It’s an interesting set up as lead/front man Alexander Sowinski is the band’s drummer. The Toronto-based four-piece have played the festival the past two years and are always a crowd favourite. This set was solid, and the band welcomed Daniel Caesar back to the stage to join them for a couple of songs. The room lost its shit when the band launched into their cover of Flying Lotus’ “Pretty Boy Strut”. It was a fun night of tunes, but BBNG’s set begged the question, why hasn’t the band played Halifax Jazz Fest? 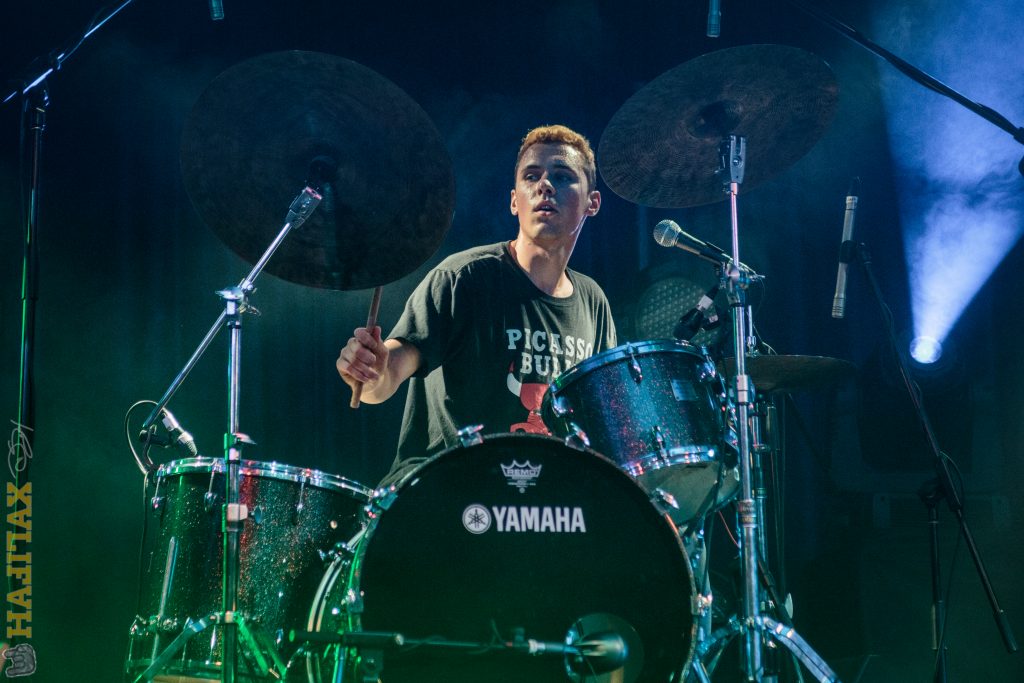 I met back up with Scott, we left the sweatbox that was the Forum MPC, and headed out into the cool Halifax evening. Next Stop, Gus’ Pub. 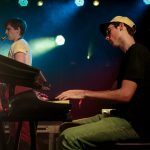 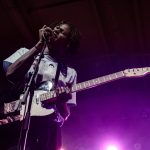 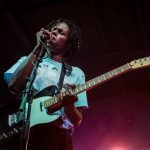 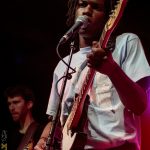 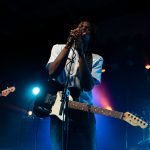 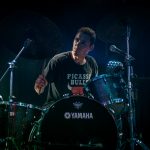