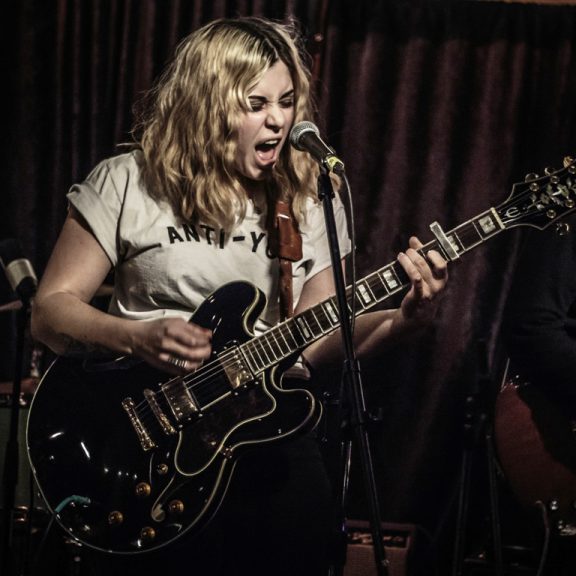 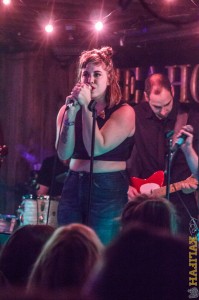 I think the wealth of musical talent in Halifax is ridiculous, so much so that an inconsequential decision to stick around after a show to catch a bit of a Taylor Swift tribute will lead you to a plethora of talented folks performing some T-Swift gems. I opted to hang around after the Quiet Parade record release last year, and caught some of the Wildest Dreams tribute show. During that show one singer caught my attention more so than the rest, and her name was Dana Beeler. It happened that, around the same time, I was becoming far more accepting of folkier, more country-tinged fare in my listening habits, and I went back and checked Dana’s earlier (and clearly more country) work.

Then came the IDOW (In the Dead of Winter) festival, where I caught Dana performing an intimate singer/songwriter show at Alteregos Café with Charlotte Cornfield. This showcased an evolution in Beeler’s sound/style which now was almost an alt-country, pop-folk sound. It was where I first heard “We Were the Ocean”, which appears on the recently released My Mistake under Beeler’s new moniker Hello Delaware (a collaboration with label-mates Floodland, who make up Beeler’s band on this record). 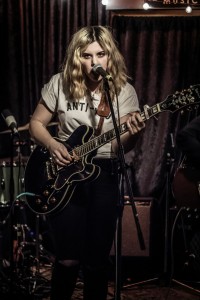 I was fortunate enough to catch one of Hello Delaware’s shows earlier this year at the Carleton (in support of Royal Tusk). It was apparent Dana wanted to establish a clear delineation between her previous work and the new direction she was taking her sound. It was a great introduction to this new direction, and the lead single “I Never Asked” bears a definite emotional punch, but also showcases that more pop-infused, radio-ready, folk sound. It was here at this mid-May show that Dana teased her forthcoming record, which was still 4 months away.

The debut record My Mistake from Hello Delaware dropped one week ago, and it shows an artist who is coming into her own, and staking a claim to her talent and confidence, which are on full display here. From the opening track “Black Cherries” to the atmospheric “Davey Jones” (which is my personal favourite), this album takes the listener on an emotional roller coaster. It is certainly not all sunshine and rainbows, but it reflects the emotions of someone struggling with those large existential questions, and attempting to come to terms with who they are as a person and where they fit into the world.

Now for those who are concerned about this new direction, don’t be, the transition is hardly abrupt: in fact, it’s quite the opposite. Beeler’s folky drawl is still intact, and there are definite country and folk notes throughout (think Blue Rodeo and their incorporation of the slide guitar). But there is a definite jaunty pop feel to the Hello Delaware work, thanks in part to her backing band, and the material contained on the album never gets weighed down by its weighty lyrical content. It’s an album that reminds me of Jenny Lewis’ recent release The Voyager and Tegan and Sara’s 2002 album “If It was You”, as they both found that perfect marriage between pop and folk/country.

Personally, this album has gotten a fair amount of airplay, and is easily one of the best albums I’ve heard this year period. If you’re lucky enough to be reading this review on the afternoon of Friday, September 30th, then I would implore you to head down to the Seahorse Tavern to catch the record release party in support of Hello Delaware’s debut My Mistake. It is a decision you will not regret, and you will more than likely walk out having seen one of your favourite bands perform .