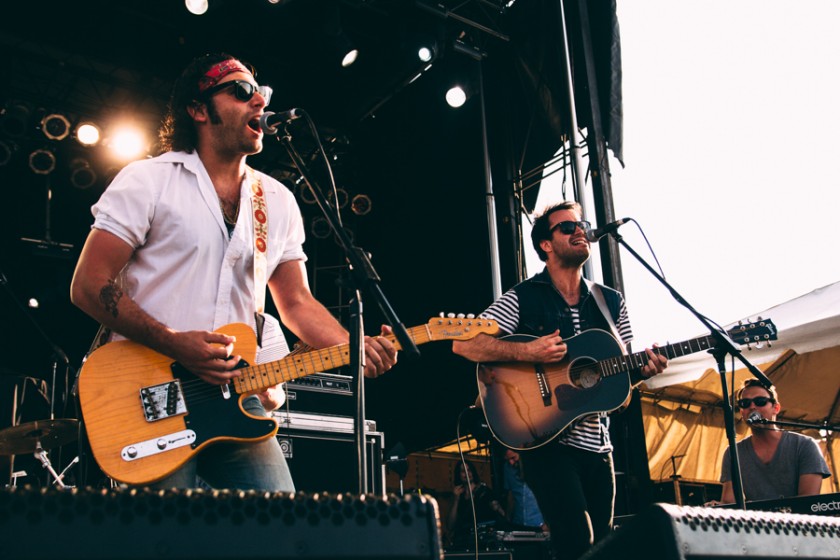 So she went to the rock show,

Won the tickets on the radio.

She smoked a little dope,

Bought the record and went on home.

Last week I won tickets on the radio to go see Matt Andersen at the Cohn in April. Obviously, I was pretty pumped, but now, thanks to this verse in Arms, I am on a major Adam Baldwin kick.

The Bruce Springsteen of Nova Scotia. But cooler.

I once heard a radio host refer to Joel Plaskett as “Tom Petty in a lobster bib”.  I think you have to be pretty cool to pull off a lobster bib, and I think Plaskett can do it, but so can Baldwin. This kid (and I call him a kid because my friend used to babysit him) has his own voice through his lyrics, sense of humour and live shows, but we still like to compare him to The Boss.  What do you think?

Nova Scotian bands including Matt Mays and El Torpedo, and The Gloryhound, have loved him but now it’s our turn…

I like to pretend he wrote this next song about my friend, the babysitter, who just turned 40.

He may sound like Bruce Springsteen but he is our Bruce Springsteen. Check him out on Twitter, or live, or wherever you can. He too will be playing at the Carleton for the Jay Smith Benefit at the end of the month. I’ll be there. Come with me!

A music, movie, lyrics and quotes junkie. Currently doesn't get out much with four kids at home, but can be seen making her kids watch various YouTube videos of her favorite musicians or soundtracks and then creating life lessons about them.