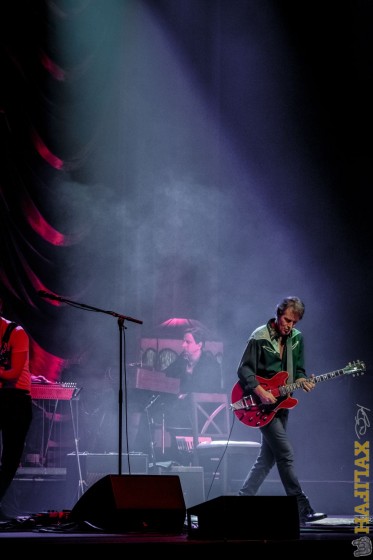 For a band such as Blue Rodeo, who have become a fixture in the tapestry of the national music scene, this past Thursday night on the Scotiabank Centre stage was the textbook example of why Cuddy, Keelor and pals have maintained a relevance and longevity that many bands fail to realize. Seeing Blue Rodeo is akin to seeing an old friend after an extended absence; there is that air of familiarity, old stories are recalled, and new tales are told, but once the encounter is over, you will remember it fondly. No matter what album Blue Rodeo is touring in support of, you can be assured that you will walk away having heard those old standards such as “Diamond Mine”, “Try”, “5 Days in May”, and “Lost Together” worked in and around the new material; it’s one of those assurances fans have come to expect when they are buying their tickets to the show. 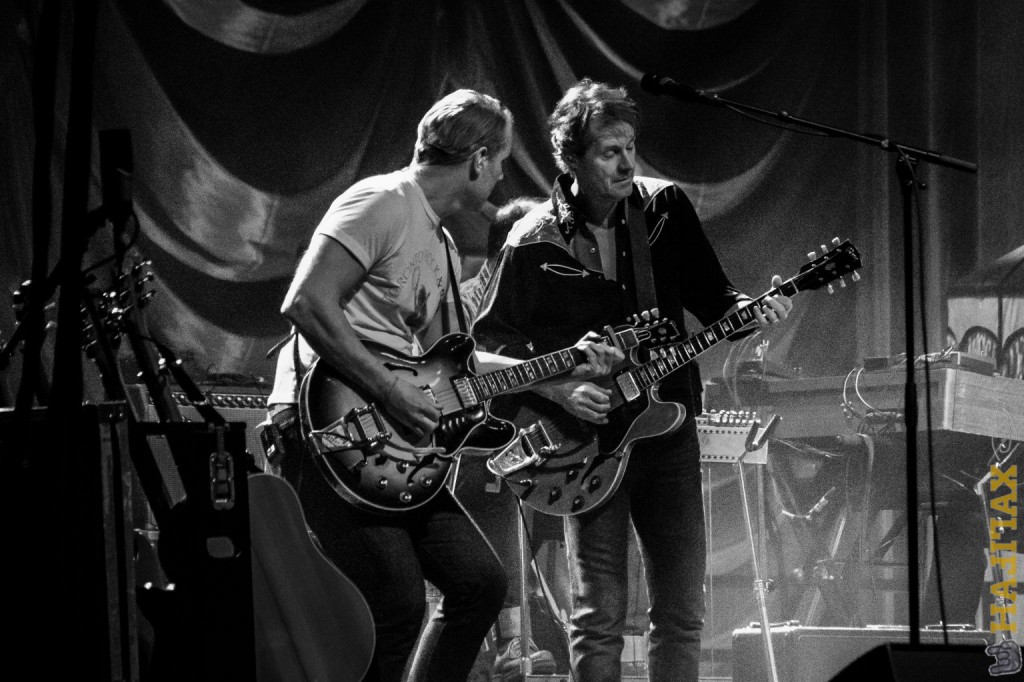 In looking back through my personal collection of ticket stubs, I came across the stub of my very first Blue Rodeo show at the Rebecca Cohn back in 1996. The band was touring Nowhere to Here (the follow-up to their lauded 5 Days in July) and I remember expecting them to be heavily rooted in the country genre; instead I discovered that the Blue Rodeo sound was far more based in the folk-rock genre with a definite psychedelic flair. Until Thursday the 24th of February, that Cohn show was the benchmark to which I held all other Blue Rodeo shows (and there have been more than a few). From the opening chords of “Trust Yourself” to the closing track of fan favourite “Lost Together”, it was apparent that the fire in the belly of Blue Rodeo had been recently stoked and burned bright as ever. Jim Cuddy was in exceptional form, his buttery smooth tone had never sounded better and he appeared to be having a great time on stage jamming with relative newcomer (and permanent Blue Rodeo member since 2013) Colin Cripps. 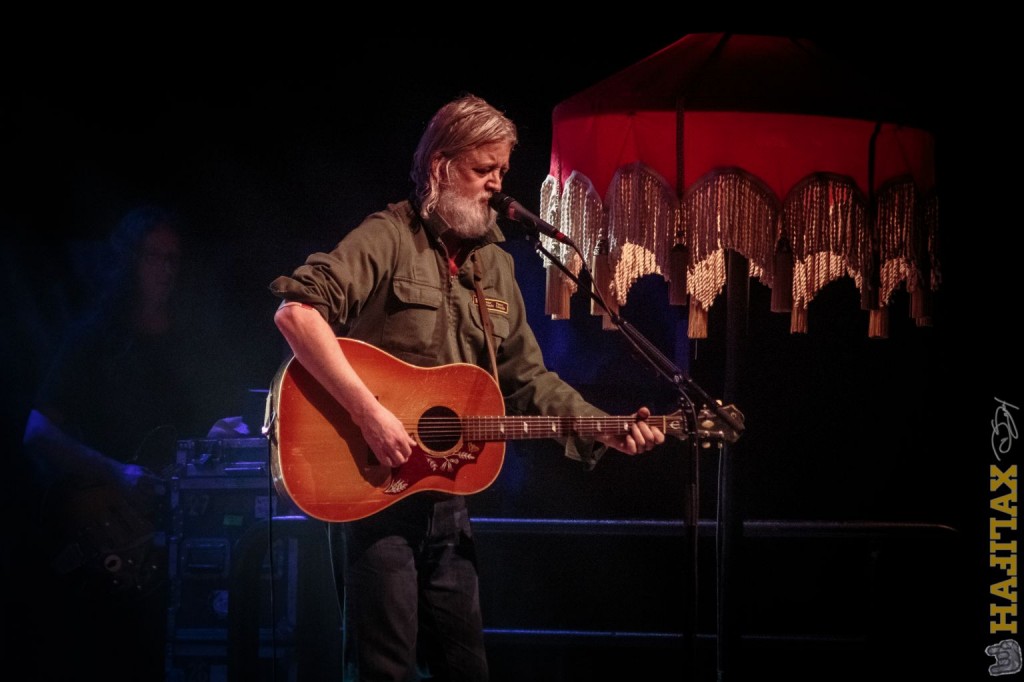 While Cuddy may have been established at centre stage for the majority of the evening, the other integral member of the band, Greg Keelor (the Keith to Cuddy’s Mick), stood and noodled away on his acoustic guitar and took lead on a number of Blue Rodeo classics. He was comfortable in the shadows of the centre stage spotlight, but shone when he was called upon. Personally, I have always preferred the warmer, gruffer tones of Keelor’s vocals to the buttery tone of Cuddy. When the band busted out “Rose Coloured Glasses” and “Lost Together”, it was pretty great to hear Keelor take charge. While Keelor may have had the vocal lead on the closing number “Lost Together”, the Strumbellas were welcomed back to the stage to help perform the Blue Rodeo classic, and the two bands sounded exceptional together. 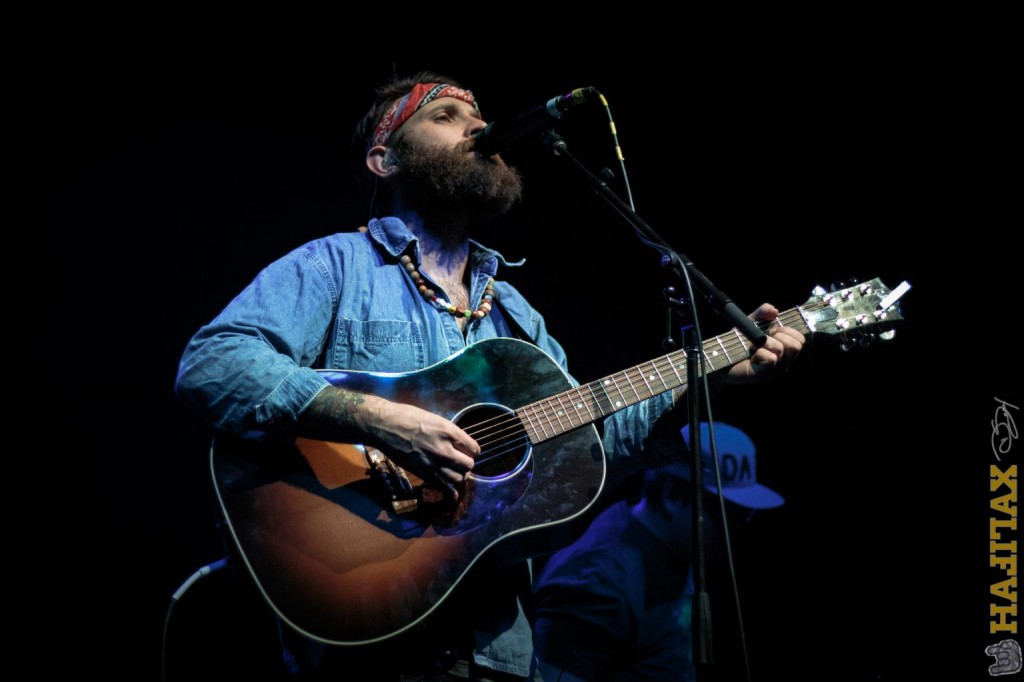 The Strumbellas have been enjoying a great deal of radio play as of late, due in large part to their most recent ear-worm “Spirits”, which has been on regular rotation at a number of stations in the region, not to mention the country. The 6 piece folk-rock outfit could be considered a close analog to The Lumineers who have had a great deal of success in recent years with a similar sound,  and with the Strumbellas having a new album on the horizon, the pairing would make for an interesting double-bill.  Their opening set Thursday night impressed the packed house, and garnered them an expanded fan base for those who were previously unfamiliar with the band’s work. I hope to see the band back in these parts sooner than later.

All in all, it was one of those special nights I’ve spoken about previously, that, when all factors align, results in a magical evening of music. The band and audience were absolutely simpatico, and the entire evening took the bar which was set 20 years ago at my first Blue Rodeo concert and managed to push it upwards, exceeding any expectations I may have had. This was the best the band has ever sounded, and they still appeared to be having a ball performing both the Canadian classics we all know and love, in addition to a batch of new material.  If you missed Cuddy, Keelor and Co. this past Thursday, make it a point to check them out the next time they come through town, it will be money well spent. 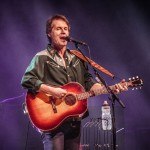 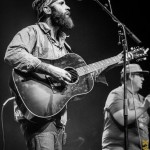 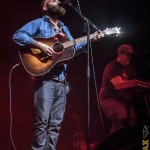 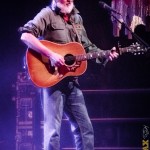 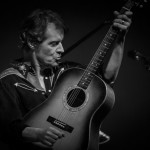 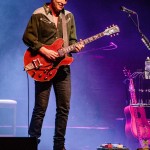 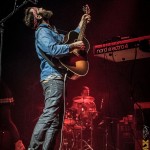 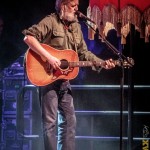 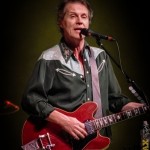