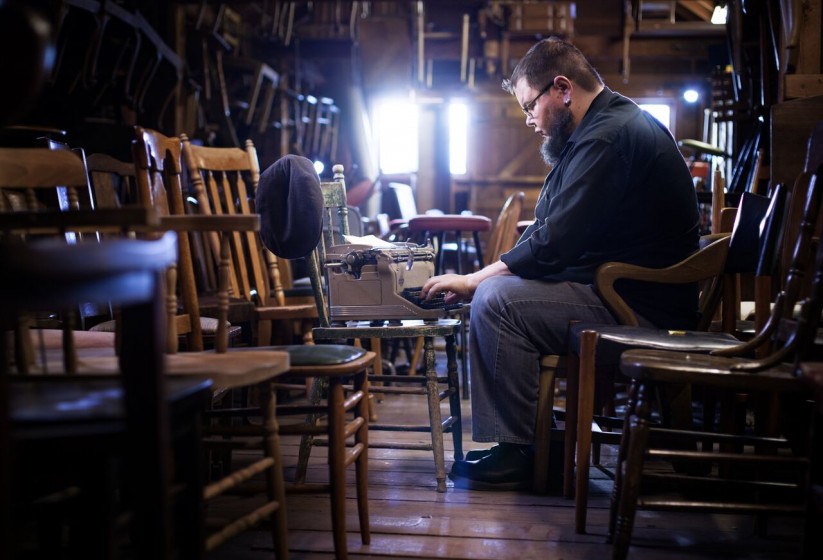 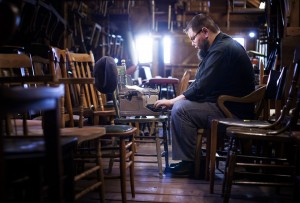 Recorded and engineered by Corwin Fox and mastered by Brock McFarlane, the title track from Debris features vocals from Ani DiFranco and the video for “For Many” was directed by 2016 JUNO Award nominee Ben Clarkson.

Originally from Yellowknife, NWT, Koyczan has emerged as a creator of poetry that dares to belong to the people and speak directly to them in their own voice. In 2013 he collaborated with animators to make the anti bullying viral video “To This Day” which has now had over 18 million views. He performed a customised version “For The Bullied and the Beautiful” to acclaim at the 2013 International Ted Conference in California.
“Shane Koyczan is at the heart of a Category Five creative hurricane” The Vancouver Sun

“dazzling wordplay” The Globe And Mail

His first published collection of poetry, Visiting Hours was the only work of poetry selected by both the Guardian and The Globe and Mail for the Best Books of the Year lists in 2005. He followed up this success with Stickboy, a novel in verse that chronicles the dark and lonely journey of a bullied child gripped by helpless rage. Koyczan shines a light into the bleak world behind some of the most incomprehensible acts in our culture, and also shows the healing power of love. Destined to become a classic, it was written for anyone who has ever been a child, Stickboy continues to be hailed by teachers, academics and mental health experts alike for its deft handling of the subject of bullying.
In 2014 Koyczan released Silence Is A Song I Know All The Words To, his first graphic novel. He once again covered many beautiful and thought provoking pieces relevant to our time. “Troll,” a poem about cyber bullying and the challenges of managing and understanding this new breed of abuse by critically examining the deep and hurtful wounds of participating in this digital generation.

Koyczan is best known for his award-winning spoken word performances. With his rhythmic verse in high gear, he navigates his audience through social and political territory with a furious honesty and a tender humanity that has brought audiences to their feet in New York, London, Edinburgh, Sydney, Stockholm and LA, to name a few. He has received five star reviews for his performances around the world. Koyczan is truly an extraordinary talent that has blown the dust off the traditional designation of “Poet”.
“haunting and beautiful” Pop Matters

“a beacon of hope and change” The Georgia Straight

Tickets are $27.99 in advance and $32.99 day of show (including tax and service fee) and will be available at 10 a.m. at the etixnow kiosks in the Halifax Forum (2901 Windsor Street) and Music Nova Scotia (2169 Gottingen Street) and online at www.sonicconcerts.com. Additional fees may apply. Doors open at 7:00 p.m. 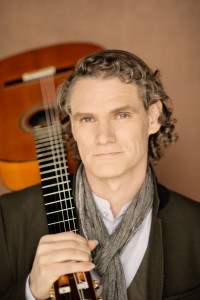 (Halifax, NS) – Internationally acclaimed guitar virtuoso Jesse Cook returns to the Maritimes to perform in support of his latest release, One World. Dates include:

Released in 2015, One World is Cook’s ninth studio album and it debuted at #1 on the jazz and world music charts in Canada. It was recorded in his home studio and features a guest appearance from Tommy Emmanuel. After two decades of travelling the world pursuing inspiration, innovation and collaboration, the Paris-born, Toronto-raised Cook changed course. Instead of having a foreign legion of performers, he relied on his own devices and instead of exploring cul de sacs of music — flamenco, classical, rumba, world beat, pop, blues or jazz — he united them.

Cook says, “I wanted to make what I was doing feel like Constantinople, the ancient city that existed between the East and the West. It was the meeting point of all these great cultures — Africa, Europe, Asia, India. I want my music to be that place: The Constantinople of sound. A place where ancient sounds meet with modern ones and pass though that port.”

A guitarist, composer and producer, Cook is an 11-time JUNO Award nominee and his album Free Fall won the JUNO Award for Instrumental Album of the Year in 2001. Cook is a three-time recipient of the Canadian Smooth Jazz Award for Guitarist of the Year and he studied at York University’s Royal Conservatory of Music and Berklee College of Music. His music has been featured in multiple Olympic games and “Sex and the City” and he has performed with the likes of B.B. King, Ray Charles and The Chieftains. 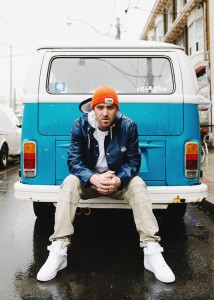 (Halifax, NS) – Due to demand, JUNO Award-winner and hit-maker, Classified, has added a second show at the Marquee Ballroom in Halifax on Saturday, March 19, in addition to the previously announced show on Friday, March 18. Classified is on tour in support of his recently released 15th studio album, Greatful. Special guest for both shows is SonReal.
TICKETS FOR BOTH SHOWS ARE ON SALE NOW!

Tickets are $27.99 in advance and $32.99 day of show (including tax and service charge) and are available at the Etixnow kiosks in the Halifax Forum (2901 Windsor Street) and the Music Nova Scotia office (2169 Gottingen Street) and online at sonicconcerts.com. Additional fees may apply. This show is restricted to ages 19+ with valid ID. Doors open at 8 p.m. 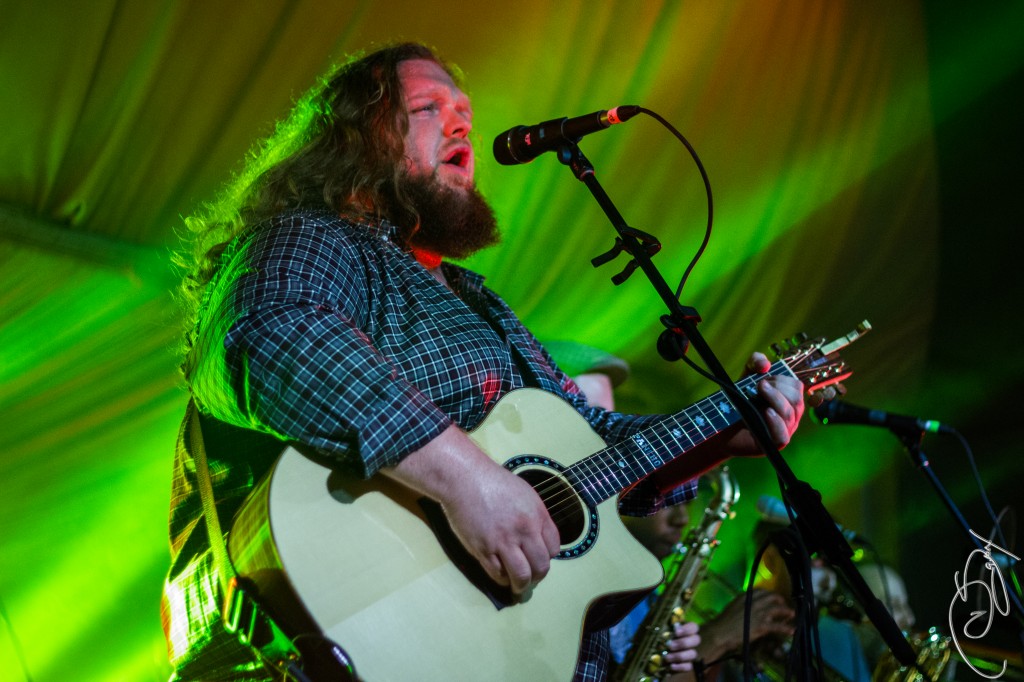 (Halifax, NS) – Due to demand, acclaimed East Coast singer-songwriter Matt Andersen has added a second concert date at the Rebecca Cohn Auditorium in Halifax on Saturday, April 16, in addition to the previously announced show on Friday, April 15. Andersen is touring with his band The Bona Fide in support of his new album Honest Man, due out Feb. 26 on True North Records. Special guest is Donovan Woods.

Joining Andersen on stage behind the drum set is Geoff Arsenault (Daniel Lanois, Matt Mays, Al Tuck, Mary Jane Lamond), a multifaceted artist with a soulful sensibility known for his generous and harmonious style. On bass and harmonica is the JUNO Award winning multi-instrumentalist and producer Steve Marriner (MonkeyJunk, Harry Manx). And taking up the guitar and keys is Chris Kirby (Wide Mouth Mason, Big Sugar), a 10-time ECMA nominee, 5 time Music Newfoundland Award winner, and in demand songwriter, co-writing with the likes of Tim Chaisson, Phil Churchill (The Once), Eddie Schwartz, Stephen Fearing, and many others.

Other Maritime dates include: