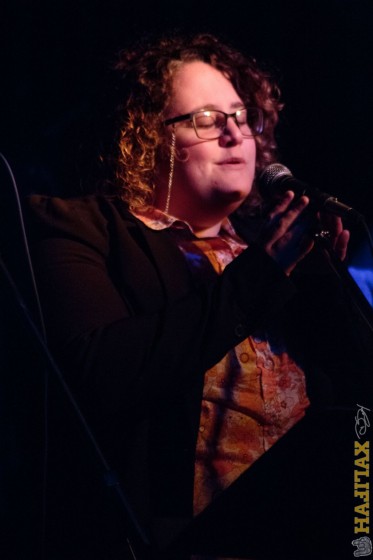 To say that a Canadian winter can be unrelenting might be overstating things a little, but it’s always better if you can find a warm nook or niche around town to take some refuge in. Better still is if that nook has a stage where you can take in some fantastic local acts showcasing their musical talents.  Halifax’s musical tapestry is much storied and heralded, and festivals such as the In The Dead of Winter (IDOW for short, (no, not ITDOW)) Festival are integral pieces which are woven into said tapestry.

IDOW was founded way back in 2006 in the Khyber Building, and has since taken up residence at various venues around town; this year’s iteration finds itself taking to the stage in the beloved Company House, The Bus Stop Theatre and Alteregos Cafe (for the Songwriter’s Circle events).  While the Pop Explosion or Jazz Festival might take up more space, and many more venues around town, IDOW is not short on talent, as it is designed to be a more intimate affair, which allows the acoustic singer songwriter acts to shine bright in a smaller space.

The festival kicked off this past Wednesday night at the Company House with a tribute to Tori Amos’ third full-length record Boys for Pele (which recently celebrated its 20th anniversary). The evening served as a love letter to an album that is squarely directed at fans of Amos’ earlier works, as this album wasn’t a commercial darling, but is beloved among her fans. In revisiting the album earlier in the week, it quickly became apparent that it would be no small feat for the artists performing tracks from this record; as its sound is built on a foundation of vocal tracks, which are further backed by intoxicating piano sound with some serious jazz leanings.  I also discovered that this album is fairly lengthy, as it is comprised of 18 tracks, none of which would be considered party starters.

It was a great night of music, as Tara Thorne, Emily Shute, Leigh Brown, Penelope Jackson, Daniel MacCormack, Sean MacGillivray, Carmel Mikol and Trevor Murphy worked their way track by track through the album. Personally, some of the memorable performances for me included the crowd joining in on a cool singalong during “Mr. Zebra”; Thorne’s performance of “Marianne” was confident and well measured. It’s a track that is something of a roller coaster, fairly delicate at the onset and gradually builds to a  jaunty crescendo, and takes one final dip before the song closes. On this evening there was not a single misstep, and my highlight of the evening was when Sean stepped out from behind his kit and took to the mic for a killer rendition of “Putting the Damage On”.   A nice touch was that, as the performances were taking place, a projection of Tori and her suckling swine were overlooking the venue (a much maligned image from the artwork contained within the album jacket).

It was a solid way to kick off this intimate festival. If you haven’t already, you should pick up some tickets as there are still shows happening tonight and tomorrow at Alteregos Cafe, The Company House and The Bus Stop Theatre.  Sure it’s cold out there, but there’s little better than finding that warm venue with some great tunes on stage. 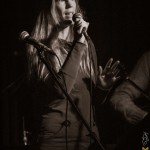 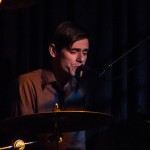 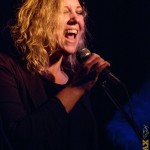 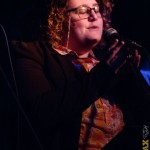 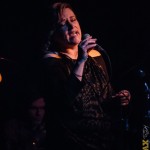