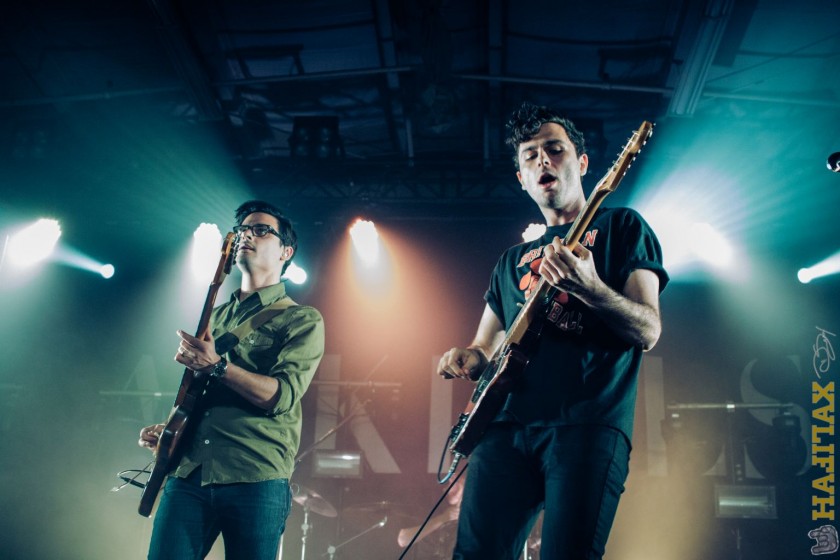 This past Saturday night, the Arkells kicked off their 2016 performing schedule in Halifax, Nova Scotia. This show was announced at the tail-end of their abbreviated Canada Day set over on Alderney Landing, which personally was a set that left me feeling a bit cold, as though something was missing. I’m not sure if it was the wine or Willie Nelson, but it all felt off somehow. I attempted to score tickets to the Arkells show earlier in the year at the McInnes Room over at Dalhousie, but to no avail, so it might have been an unrealistic expectation on my part. Needless to say, when the Arkells announced that they would be making a return to town sooner than later, I was more than pumped to catch them again. 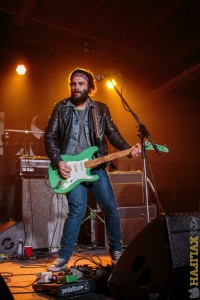 Opening this past Saturday’s show was none other than local favourite (and personal favourite of HAFILAX) Adam Baldwin (which seemed to be a little known fact to some in attendance – which is a shame). Baldwin brought a vintage rock n’ roll sound to the stage, complete with leather, denim and a classic bandana. I overheard someone mention he looked like the rock n’ roll Wolverine, and they weren’t wrong; he was every bit as ferocious as he tore through his set (built largely of new material from the hotly anticipated forthcoming album), but took it easy as he closed out his 45 minutes with “Love You With My Eyes Closed”. It was a solid set that felt like it was only 10 minutes long. I can’t wait to see Baldwin again with a more like-minded crowd, as I felt he was lost on the younger folks in the crowd (I overheard a young lady ask “Who’s Matt Mays?” to her pack of friends as they attempted to explain Adam Baldwin). 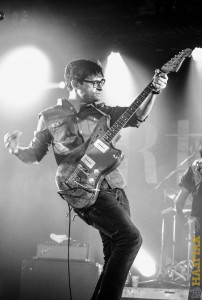 When Max, Tim, Mike, Tony and Nick hit the stage, the Forum MPC was already packed, ready and prepared to sacrifice their voices at the rock n’ roll altar. The Arkells hit the ground running and for well over 2 hours treated the crowd to a set list which was a healthy mix of Jackson Square cuts (“Abigail”, “Oh, The Boss is Coming!”, “Pullin’ Punches”, “Ballad of Hugo Chavez”), the prerequisites from High Noon (“Leather Jacket”, “11:11”, “Come to Light”, deeper cuts “Dirty Blonde” and “Systematic”), and a handful from the album that turned me onto the Arkells, Michigan Left (“Kiss Cam”, “Coffee”, “Michigan Left”, “On Paper” and “Whistleblower”). The unbridled exuberance of Max was on display all night, as he bounced from one side of the stage to the other, taking time to display the playful camaraderie that he and Mike DeAngelis clearly share (they reminded me of a less sultry Leah and Peter of July Talk). 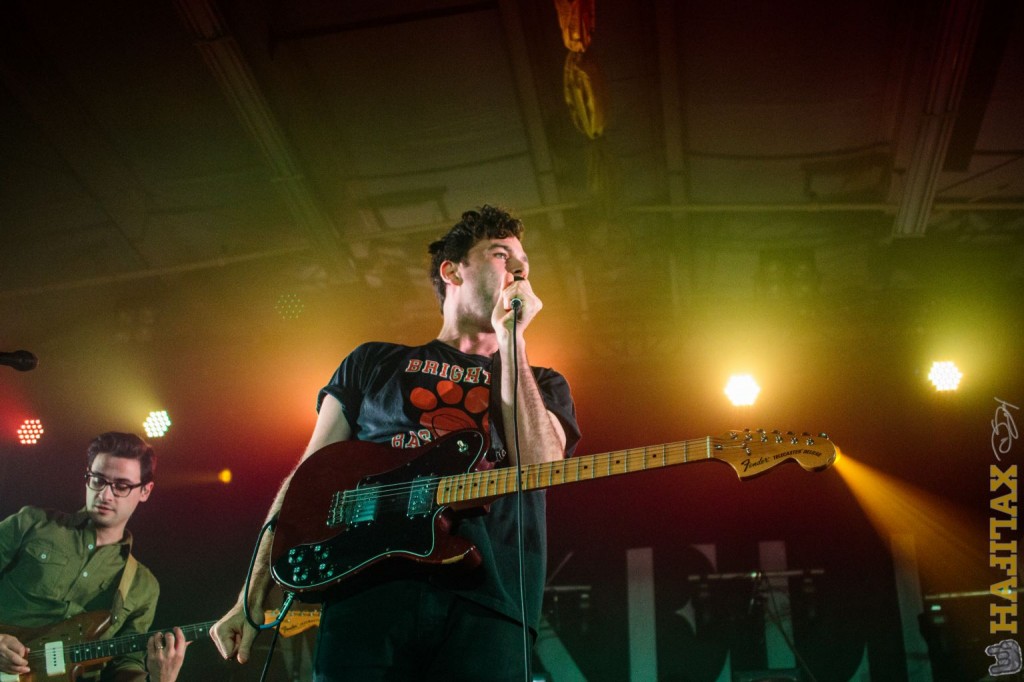 The mission statement for the evening was to leave everyone sounding like Christian Bale’s Batman, as it was a full-on love fest in the Forum MPC. The crowd was up to party, and the band wasn’t about to let anyone out sounding like Bruce Wayne. As the talent pool in Halifax on this evening was brimming over, the Hamilton lads welcomed their pal Dan Mangan to the stage to help cover Mangan’s “Vessel”. Adam Baldwin returned to the stage shortly thereafter to join the headliners, and before he left, Mangan returned and the kitchen party busted out George Harrison’s “Got My Mind Set on You”. This however wasn’t the final trick the Arkells had up their sleeves for the sold out Halifax crowd; they might as well have dropped a smoke bomb on stage as the lights went down, because they reappeared shortly behind the crowd, alongside the soundboard.  Max, Mike and Tony treated the crowd to an acoustic version of “Coffee” which was perfectly suited for the acoustic arrangement, and with that the encore was underway. The show wound down and ended with the tale of a certain “Leather Jacket”. It was a 2 hour love affair, during which we learned that the drunk Haligonians who in the past have taken in an Arkells show or two are somewhat notorious, having given a Halifax a sketchy history with the band. On this night however, there was nothing but love between these Hamilton Lads and the Halifax fans (who now sounded ready to head into the night to battle Arkham’s finest). 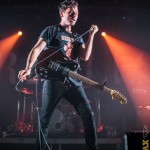 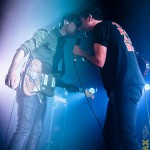 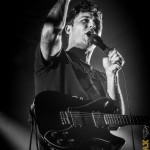 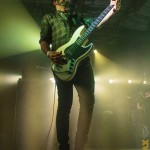 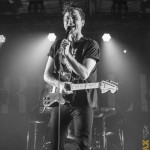 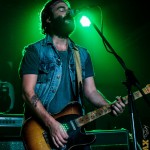 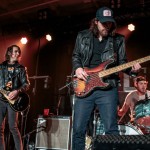 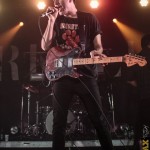 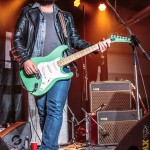