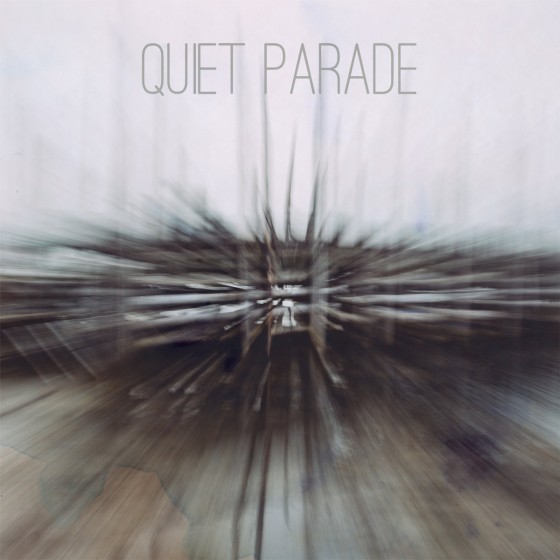 2015 was a year that passed in a flash.  It had its ups and downs, but it also found HAFILAX out in the photo pit more than in previous years, and we were still listening to vast amounts of music. Some of which we hunted down, and some that we discovered on our travels, or in our very own backyards. My list is comprised of a couple of massive albums from 2015, but largely it consists of bands and records I fell in love with independent from any large media hype machine telling me to do so. Sometimes you find the music, sometimes the music finds you. Hopefully you can spend some time checking out some of my 2015 picks, so sit back and enjoy my favorites of 2015 (in no particular order). 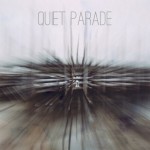 Quiet Parade – Quiet Parade — Sometimes the road to good music is somewhat serendipitous.  Prior to Halifax Pop Explosion 2015, I had little to no familiarity with Trevor Murphy’s former solo project, but after the hip-hop headliner cancelled, I had the pleasure of catching the band at the Carleton once my schedule opened up. It was on that evening that I became a fan of Quiet Parade’s pop infused folk-tunes. The eponymous release is an excellent representation of the band’s sound and live show; it showcases the talent of this Halifax based 5 piece band. 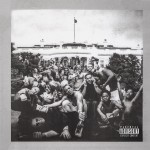 To Pimp a Butterfly – Kendrick Lamar — 2015 is the year of Kendrick, as he dropped an instant classic with his most recent release.  After years of enduring vapid, disposable hip-hop, it was refreshing to hear a vintage hip-hop sound emerging again .  While the album plays as a great party starter,  its funk infused swagger will get people moving, but if you take a moment to listen to Lamar’s messages contained within, you’ll quickly notice that Kendrick has a statement to make.  While being one of the best albums of 2015, it is quite possibly the most important. 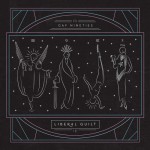 Liberal Guilt  – Gay Nineties — It’s a testament to an album (or in this case an EP), which clocks in at 22 minutes and was released back in January of 2015, to make the Best Of 2015 list. While the band was largely silent for the better part of the year, their debut release Liberal Guilt is brimming with a pop bravado which I can infer is a product of Parker Bossley’s time as part of both The Mounties and Hot Hot Heat. Tracks such as “Letterman” and “Hold Your Fire” are infectious gems which were radio ready, but the glam swagger of “Turn Me On” and “Good Times” prove the band is more than the accessible fare. Here’s to hoping that 2016 brings with it a full length LP from this Vancouver vintage rock outfit. 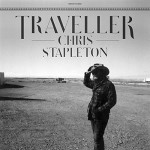 Traveller – Chris Stapleton — This is something of a revelation to me, as I’m not normally one for country music, but this was one album that simply fit like a glove. From “Tennessee Whisky” to “Parachute”, it’s an album that is a bluesy folk record, which is also a great modern country album.  Just like Kendrick Lamar dominated the hip-hop/rap scene, 2015 was Stapleton’s year in the Country genre, racking up a slew of accolades for his solo debut.  If To Pimp a Butterfly hadn’t have been released in 2015, this more than likely would be my album of the year.  Check out tracks such as “Might As Well Get Stoned”,  and “When The Stars Come Out” which are two great tunes from this record. 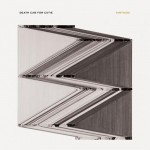 Kintsugi – Death Cab For Cutie — Having the opportunity to both photograph and watch DCFC’s 2014 set in PEI, I walked away somewhat underwhelmed, so when I pressed play on Kintsugi, my expectations were well tempered. The lead single “Black Sun” was this juxtaposition of emotions, as there is a palpable sadness about the tune, but the tone of the instrumentation feels almost upbeat; it encapsulates the entire work perfectly. The first handful of tracks feel quite jaunty and optimistic, but the influence of the lead singer’s divorce, and the recent departure of founding member Chris Walla, definitely leave a looming shadow hanging over the later half of this record. It might be that emotional gravitas which grounds this album, and makes for an honest accessible experience. I’ve liked DCFC albums in the past, but this was the first one I’ve loved. 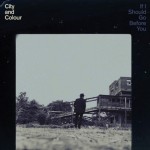 If I Should Go Before You – City and Colour — Dallas Green is working on becoming one of the most prolific artists in Canadian music, as he managed to drop his latest solo effort If I Should Go Before You, he helped to resurrect one of the most beloved hardcore acts in Alexisonfire, and recorded an album with Alicia Moore under the moniker You + Me.  The kicker being that this latest solo record is the best one to date, as it’s a culmination of all his previous works; at times cold and crisp, at others filled with lush instrumentation and fantastic radio singles, but this album adds in a smoky blues element which compliments Green’s sound perfectly.  This is an album you put on after work, when the lights are slow and things are quieting down, another gem from City and Colour. 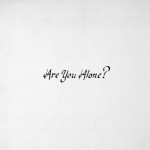 Are You Alone? – Majical Cloudz — The Montreal based duo of Matthew Ott and Devon Welsh are one of my more recent Pop Explosion discoveries, and being able to see these two chaps fill the vast room at St. Matthew’s Church with their sparse electro-pop was a treat. The album art for this record is perfectly apt. With only three words in scripted typeface on a white background, it sums up the band’s sound succinctly. Welsh provides the soaring vocals, while the sparse, atmospheric canvas is provided by Ott’s mastery on his elaborate electronic setup. Somehow the cool sparse production elevates the experience to this ethereal place where the lush soundscape is both robust and spacious, while leaving plenty of room for the music to breathe and expand. This album might be one of my big surprises of 2015. 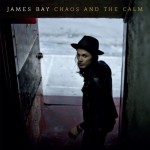 Chaos and the Calm – James Bay — When Bay’s lead single “Hold Back the River” dropped in 2014, I was largely unimpressed, but one afternoon I was flipping through the channels and came across the video for that track and I was hooked; there was an authenticity there that I didn’t expect, and the warmth and range of his vocals sold me. In pressing play on Chaos and the Calm I was blown away, as it was immediately apparent that Bay was far more than the sum of his singles. This album is jam packed with radio-ready fare such as “Craving”, “Let It Go” and “Best Fake Smile”, but Bay is wholly accessible while being loaded with talent.  This is an album that demands repeat listens, and for an album this complete, it’s hard to believe this is only his debut. 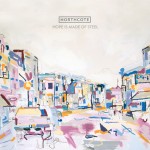 Hope is Made of Steel – Northcote — My first impression of Northcote was thoroughly underwhelming, so when I tossed on Hope is Made of Steel, I was quite surprised and excited that my initial impression was incorrect. Front-man and founder Matt Goud has crafted a love letter to both Bruce Springsteen and The Gaslight Anthem, as those influences are undeniable on tracks such as “Bitter End” and “Bracelet”. At times you can hear a little Matt Mays in the Northcote sound. This is an album that I discovered quite late in 2015, but it immediately got steady airplay around the house and in the car, which is rare for an album to catch my ear so completely. This might also be one of my favourite records in recent years, as I keep coming back to it over and over, and it just sounds better with each listen. This is an album I insist you check out at least once, as it completely deserves your attention. 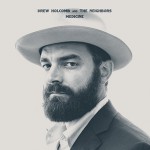 Medicine – Drew Holcomb & The Neighbors — I was led to Drew Holcomb and the Neighbors by the Songpickr playlist on Spotify, which introduced me to Medicine’s opening track “American Beauty”: a low-key, bluesy folk tune which was well suited to a warm summer evening sitting around a fire pit.  From there I dug deeper into the album, and was lured in by the warm vocals and lush production. There was an intangible element that won me over.  In researching the band, I realized it’s the Nashville influence which reminds me of Ryan Adams at times, and Needtobreathe at others; it imbues the music with this inviting and intoxicating tone that is undeniable.  While Holcomb and the Neighbors aren’t household names, they are certainly worth the attention of your ears.