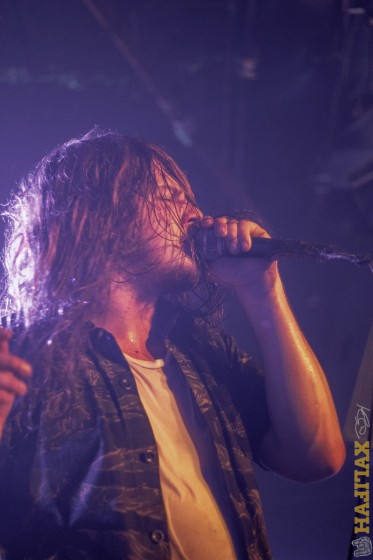 The Marquee is one of those venues founded on a sweaty, writhing mass of flesh, intoxicated by the music being performed on stage. I’ve been through those Marque doors on multiple occasions and very few of those visits have elicited the gritty visceral experience I had on Saturday night with the Glorious Sons. When you walk out drenched in sweat and grinning ear to ear, you know the experience was authentic and exhilarating. It wasn’t without its challenges, but the Glorious Sons set was so palpable, it outweighed the drunken clowns in attendance who tried to dampen the experience (both figuratively and literally). 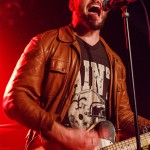 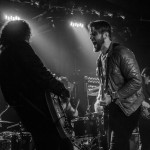 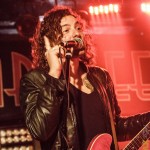 The night kicked off with Thunder Bay’s Poor Young Things, a band who charged out of the gates and got the crowd moving with their high-octane pop-tinged tunes. The band had definite stage presence and swagger; at times their material reminded me of the Arkells and local favourites Gloryhound, but it was a great showing for an entertaining act. The biggest surprise of the evening for me happened as the band was breaking down their gear, and the pack of young ladies at the front of the stage spotted drummer Konrad Commisso’s Destiny’s Child shirt and started to harmonize on the tune “Say My Name” which prompted Commisso to join in and sing along with these talented ladies. Together they sounded fantastic, and as surreal as the fleeting moment was, it was over. 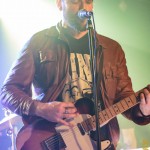 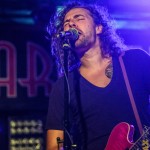 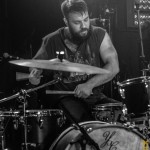 Next up was Northcote , a post-Hardcore/folk-rock outfit hailing from Victoria, BC. On this trip to the East Coast, lead singer Matthew Goud brought a band along for the ride. I’ll admit I was unfamiliar with the band prior to this show, but in listening to Goud’s studio work there are some similarities to some well known local acts Matt Mays and Adam Baldwin, in addition to Gaslight Anthem. But on this night the set stuck me as being far too mellow and subdued to follow Poor Young Things or to rile up the crowd for Glorious Sons. Things turned around when they introduced one of their favourite artists to the stage; Mo Kenny came out to play a tune with Goud, and then was given the stage to perform her catchy tune “Deja Vu”, which excited the receptive crowd. While it was my first time seeing Northcote, I was lukewarm on the band, but in checking out the studio work, I’m interested in seeing them again. 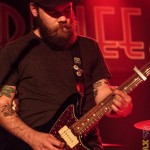 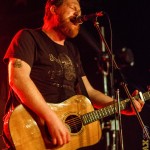 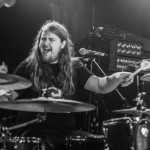 Once the stage was cleared and the lights went down, it was time for Glorious Sons to hit the stage.  The band strode out, and shortly thereafter Brett Emmons roared onstage and kicked the show off with the band’s hit “Contender” (a fitting opening track as this is the Contender Tour). This was the band’s second visit to Halifax in 2015, as they shared the stage with the Arkells for the Canada Day show on Alderney Landing. They put on a killer set for the massive crowd in Dartmouth that evening; the band has only perfected their craft since then. It was a love affair between the band and the packed Marquee crowd, as they churned through their 2014 release The Union and treated the crowd to fan-favourites such as “Mama”, “Lightning”, “Heavy” and the band’s breakout track “White Noise”. There were moments where Emmons slowed down enough to catch his breath, but then he was off and running across the stage (barefooted I might add) like the whirling dervish he was, a blur of arms and sweaty hair. As the band played “Lightning”, Emmons headed into the crowd, waded out to Live 105’s Jess and Tom who were in attendance and posed for selfies with some appreciative fans. Glorious Sons also worked some tunes in from the 2013 release Shapeless Art: the title track ”Shapeless Art “ and “Ruby”, the latter being a track which draws some strong comparisons to 90s era folk-rock band Blind Melon. 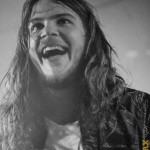 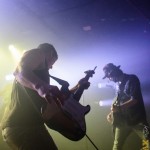 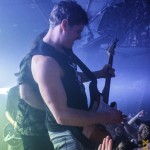 As the show went on, a fan passed Brett a beer which he used partially to condition his hair, and the remainder he used to cool the crowd down. This simple act of passing the lead singer a beer, slowly ignited the lightbulbs over the heads of a couple drunken clowns in attendance, who made it their personal mission to also hand a beer forward. The only problem being that they weren’t close enough, so they tried to reach over the 5-6 people ahead of them to get the beer to its intended recipient, but unfortunately the handle was lost on one of those brews and I ended up catching this nearly full can of beer on my closed camera bag. Luckily my camera and lenses were unscathed, as my slingbag was closed and it’s well padded, so nothing infiltrated, but it definitely tried to put a damper on the evening.  I opted to fall back and watch the last couple of tunes with my little bro, as he was with me on Canada Day. This was a show that managed to eclipse the energy and passion of that Canada Day performance by a wide margin, which is impressive as the band recently said goodbye to Andrew Young (who left to pursue other opportunities), and welcomed Chris “The Lost Trew” Koster into the fold. 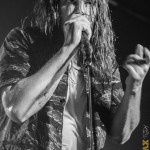 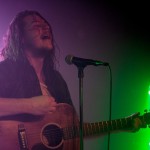 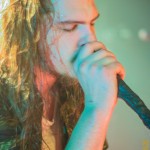 Once the band welcomed their tour mates back to the stage, the collective broke into a Beatles cover of “Don’t Let Me Down” for which Emmons passed the mic over to keyboardist Tony Silvestri and Chris Koster, who knocked the final song of the night out of the park.  It was only when the dust settled, the stage cleared and the house lights came up, that you realized just how sweaty everyone was, it was one of those shows you just walk away from sweaty and grinning. It was a night of pure, unadulterated, sweaty rock and roll, exactly as it should be. 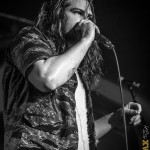 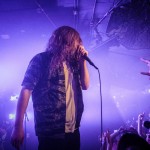 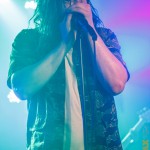 As we stood and chatted with a friend after the show,  a fight appeared to be brewing between a guy who had lost a Nintendo controller cap, and the late 40s chap who had found it. It was shocking to see one last drunken clown take a kick at the asshole can, as he shook the hand of the hat’s owner only to loudly proclaim that he (the owner of said hat) was a dick.  It was a sadly hilarious scene, but it was time for us to go, so I never got to see how it ultimately played out.  Luckily, on the way back to my car, I bumped into Tony Silvestri (keyboardist for the Glorious Sons) and told him how great that closer was, and how good the band’s last couple shows in Halifax were. He let me know that they love playing here.  It was a great way to end the evening, and his statement just confirmed what we all witnessed inside of the Marquee, it was a definite love affair. 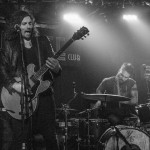 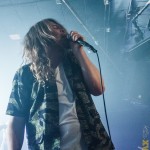 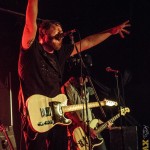 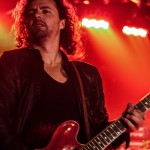 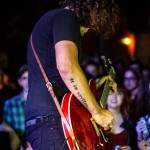 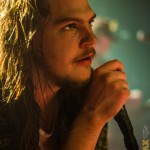 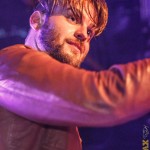 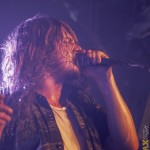