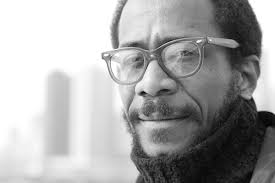 It’s been two decades since Brian Blade last touched down in Nova Scotia and in that time he has drummed, sung, strummed, produced and/or written so many albums that we need not even speak of his lengthy discography.  It is that tireless work ethic that sets a musician such as Brian apart from all of those who lack a comparable work ethic.

Making his way onto the stage, Blade and co exuded a cool, calm confidence.  With five other masterful musicians as his backing band, this sextet would spend the next hour and a half toying with the emotions of the audience, taking them on a grand adventure that fluttered between a dark curiosity and magical bursts of ecstasy.  Much along the lines of classic albums The Wall and Dark Side Of The Moon, Blade’s album, Mama Rosa, is best experienced in its entirety.  Lacking a clear cut single, the collective work acted like a soundtrack, one which was profoundly enriched by the life experiences only known to this Louisiana native.

So as not to take away from the live experience of listening to Blades music, not a single member of the band would find him/herself standing at any point during the show.  This would be a musical extravaganza that would not rely on stage presence (although Blade had no shortage of such) or the usual frolic between artist and fan.  It was a show where such distractions would halt the beauty and creativity flowing from the stage.   Many of the sprawling songs played within the set began soft and quiet, allowing time to build and musically expand to the point where it sounded as if the six piece magically grew into a fully fledged orchestra.

Being every bit the professional, Blade made sure to take the time to not only recognize the incredible musicians surrounding him on the stage, but also recognize those in the crowd, in the most polite and appreciative demeanour you’ll find within any musician.  And when the last chord rang throughout  the theatre, Blade and his companions arose from their seats as cool and calm as they did when they first sat.

If this performance is any indication of what we should expect for the rest of the festival, we are going to be in for one great ride.