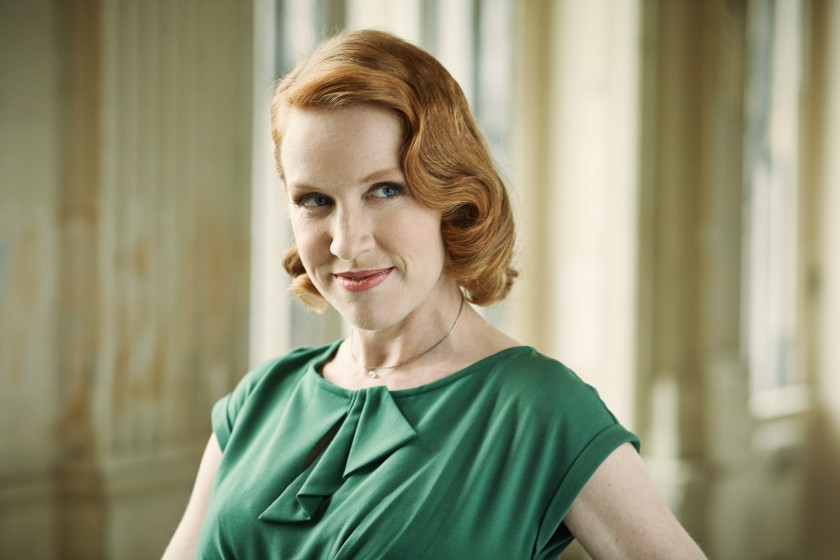 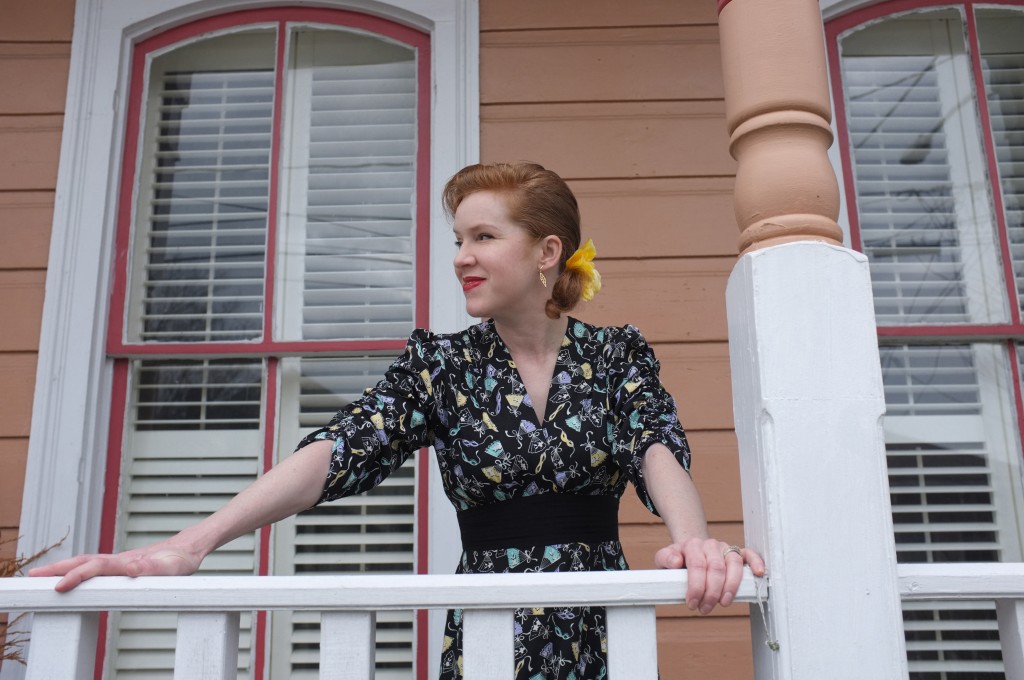 “Pangman shone at centre stage…Her hot-blooded takes on the tunes, and her butter rich vocals would have melted the hearts of even the most ardent jazz purist in this slick preservation act.”
Aeden Helmer, Ottawa Sun (Review of Ottawa Jazz Festival show 2014)

“She brings the songs of early jazz alive; she’s a little old timey, but contemporary at the same time. Pangman is welcome as a regular spin on Tonic because of her friendly and approachable sound. She really is a sweetheart of swing.” CBC’s Tonic host, Tim Tamashiro (New album review)

Toronto’s spirited 1930’s era jazz songstress, Alex Pangman is set to perform at the TD Halifax Jazz Festival on Sunday, July 12 at Main Stage, 8:30PM. She will be accompanied by her quartet, The Alleycats featuring Peter Hill (piano), Ross Wooldridge (clarinet), Glenn Anderson (drums), and Chris Banks (double bass).  Alex will be promoting her latest album New and testing her strength out on the road following her 2013 second double lung-transplant surgery.

Alex’s story is one of perseverance, inspiration and gusto. In spring 2013, just as word came that she would be sharing a Toronto Jazz Festival bill with Willie Nelson at Massey Hall, the state of Alex’s health began to decline. While she was able to perform with great determination, shortly afterwards a second double-lung transplant was required and thankfully another donor was found. She made a remarkably quick recovery, and dreamed up her most ambitious project to date using those newly acquired lungs to cut an album of entirely fresh material.

The aptly titled New, her 3rd album with Justin Time Records (November 4, 2014), was recorded a mere seven months after her surgery. The record features a totally rejuvenated person and artist. “I kept it private that I was rejecting my first set of lungs, but with this newest transplant I feel amazing, and wanted to get right back to singing, and come clean about my health struggles,” Alex says.

Orleans, with a cast of new musicians she’d never met, at a studio she’d never seen in the city where jazz was born. “I wanted to test myself as a singer and bandleader by taking this record someplace different, physically and sonically,” she explains.

The album showcases Alex performing at the peak of her powers. Her favorite song on the record is “Fit As A Fiddle”. “Because I am, again,” she says.  True to form, Alex is ecstatic to be out on the road again touring major Canadian jazz festivals to prove it. She exclaims, “I look forward to jazz fest season the way a kid looks forward to their birthday! Getting music from New in front of audiences is a key part in the artistic journey of seeing recorded songs come alive, literally!  Jazzfest audiences being particularly attentive, the songs will get their best shot at coming to life in a live way, breathing, dancing, and pulsing. It’s a thrill and very fulfilling!”

Alex’s performance is sure to please all generations of jazz fans. Don’t miss your chance to see her at this upcoming Halifax Jazz Festival date as she opens for the Gordon Webster Sextet w/ Brianna Thomas.

Proud to be known as “Canada’s Sweetheart Of Swing”, Alex Pangman’s natural vocal abilities and obsessive, deep appreciation for that bygone era have earned her a place in our nation’s heart. With seven albums under her belt, Alex delivers a unique, deliberate reinterpretation of one of North America’s most fertile, timeless eras. She is an award-winning songwriter, who has shared the stage with Bucky Pizzarelli, Don Thompson, Ron Sexsmith, Jim Galloway, Willie Nelson, and Jeff Healey.