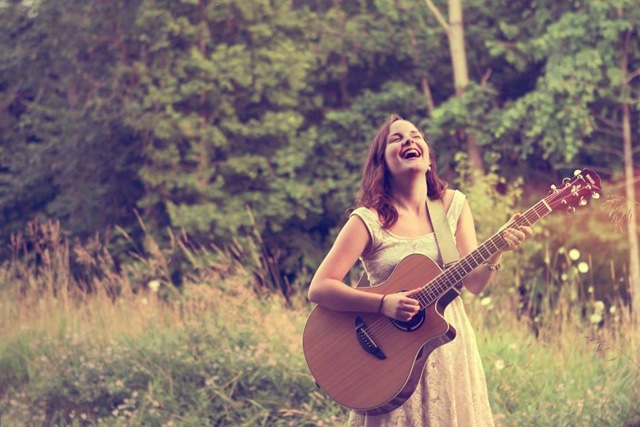 No, this isn’t a Milli Vanilli tribute, just that one of the weekly trifecta of storms will actually be a deluge of rain, followed promptly by another dose of arctic air. I, for one, am ready to board a plane for whatever destination has some sand and a palm tree or two (some rum wouldn’t hurt either). It’s been a while since I put together an 8 track or Friday Night Soundtrack, so here goes, I hope you enjoy the tunes and use them to get through the weather we’ve been experiencing lately.

A few weeks ago, we received an email from Brooklyn herself asking us to have a listen to her latest single “There’s a Light On (Kitchen Song)” and if we enjoyed it, the link for her EP was included. Needless to say, her tone is pure aural confection. I hit play and was instantly whisked away by Doran’s impossibly accessible, bewitchingly sweet pop-infused folk sound. Not only Is “There’s a Light On (Kitchen Song)” great, but her latest single “Landsdowne” is on par also and well worth a listen, you won’t be sorry.

This is my current earworm, the latest release from the Cold War Kids’ 2014 release Hold My Home. It’s a throwback of sorts, as it sounds as if it’s a track that belongs on the band’s breakthrough album Cowards and Robbers, which is a huge compliment as that album is fantastic.  It’s a track which just bores deep and lodges itself in your brain, slowly embedding itself into your being. Don’t fight it, just let the song take over.

This is a song that I discovered thanks to The Peak 102.7 out in Vancouver, as they’ve had this track on steady rotation for the past couple of months now and, as much play as it’s been getting, it has yet to grow stale.  Much like the title implies, this is all sorts of warm, sticky ambient electro-pop and just whisks you away to a much needed summery respite.

Excuse me while I pick my jaw up off of the floor. This is another track that I was turned onto by The Peak 102.7, as it’s on high rotation, but the reason my jaw is on the floor, is that this isn’t a sound that is concocted from a studio and a myriad of electronics, but is a masterfully woven tapestry of live instrumentation (which frankly blows my mind).  It’s a fantastic faux-electro sound which deserves your attention.

Short and sweet, but manages to leave you sweaty and panting when it’s all over.  The band evokes the spirit of a  certain group of CBGB stalwarts with only slightly less chaos and a fantastic b-movie inspired video to boot.  Their debut album didn’t showcase the band’s somewhat cheeky  nature, but this track could be the break the band has been looking for.  It’s spunky, furious and over way too soon.  Let me just hit repeat.

Sorry about the Vimeo link, apparently we as Canadians aren’t privy to the video by way of The Elwins’ official YouTube channel.  No matter, this scrappy pop-rock track is one that you should be listening to now, as this might propel the band into the mainstream consciousness (if they weren’t there already). It’s one of those tracks that rears up out of the generic mush of commercial radio, and makes its presence known. It’s another track that is gaining steam, have a listen.

“Have I Ever Loved” – Mike Evin

This is another track that arrived in our inbox recently, and it’s been working on welding our repeat button down into place. Evin’s soulful folk-infused pop sound is equal parts infectious and smooth, it’s a track that deserves a great deal more attention especially with the recent influx of soul-influenced pop/rock tunes. Have a listen and get acquainted with Mike Evin’s first single off of his latest (5th) studio album Life as a Lover.

This is a show that I was ready to write off from the moment the first ads aired, however I sat down and got lured in by the pilot and was shocked at the quality of the music and the content being tackled on a weekly basis. It may be something of a guilty pleasure, but this track “No Apologies” which was featured on the show is a hot jam regardless of what you may think. There are a few others from Jussie’s character Jamal which really shine brightly on the show and hold up over multiple listens. If you aren’t watching already, you should start at the beginning and give it a shot, it’s a decent show with some killer music (and Courtney Love is involved too).