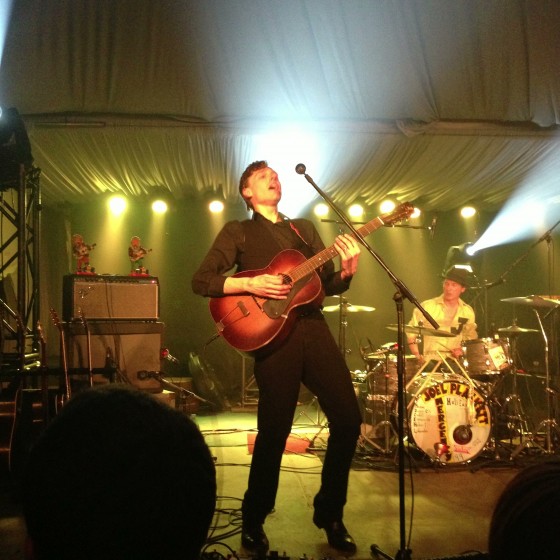 It was a busy week for concert announcements in the city, so let’s break them down shall we?
—-
For the hip-hop heads of Halifax, Waka Flocka is playing the Marquee Ballroom on Friday the 13th of February and Neon Dreams will be sharing the stage on this evening.

More details can be found over on the Marquee Ballroom’s FB page:  http://on.fb.me/1ClFB9N

Casino Nova Scotia announced that Emerson Drive would return to the Schooner Showroom on Saturday April 25th; the price of admission is $40.00 + taxes and fees.  In support of Emerson Drive will be Jordan McIntosh.  Deets can be found at:   http://bit.ly/1Gdxum8

Lastly, my personal favourite announcement of the week was that Joel Plaskett and the Emergency would be performing at the Rebecca Cohn Auditorium on Thursday June 4th.

Joel Plaskett has long been a fixture in the Nova Scotia music scene.  From the days when Halifax was hailed as “The New Seattle”, Plaskett was present as a member of Thrush Hermit, and in recent years as a solo performer (both with and without the very talented Emergency backing him up).  In that time I’ve had the pleasure of seeing Joel play on a variety of stages around Halifax, smaller more intimate clubs such as The Attic and the Marquee Ballroom Stage, in medium sized venues such as Olympic Hall, and on one of the biggest stages in town: the Halifax Commons stage, opening for the legendary Sir Paul McCartney.  I also had the opportunity to see Joel opening for The Tragically Hip at a Canada Day show in Toronto, as well as here in Halifax at the Scotiabank (then Halifax Metro) Centre.

However, the show which stands out in the forefront of my memory is his Joel Plaskett and Friends show at the Rebecca Cohn a number of years ago. The venue felt like such a natural fit for him; it’s a mid-large sized room that has amazing acoustics and allowed the warmth and energy of his work to truly shine bright.  If there was one place I would recommend seeing Plaskett play, it would be the Rebecca Cohn Auditorium.  Don’t miss out!! Tickets are on sale now and can be purchased via the Dal Arts website.  Details are located on the Sonic Concerts website:  http://bit.ly/1ClqsWb