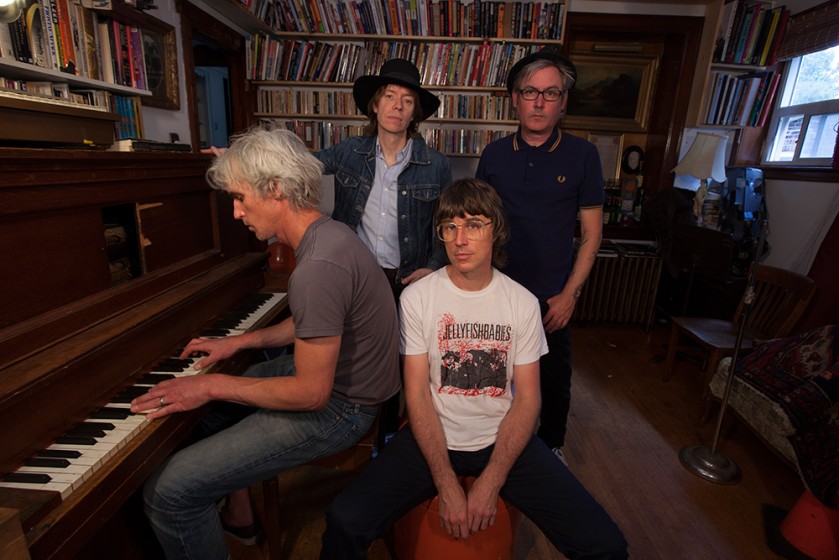 Commonwealth is a 15-song collection that sees Sloan creating one of the most unique and ambitious recordings of their two-decade-plus career.

The Toronto-based rock quartet is perhaps the most truly democratic group in the annals of pop, with Jay Ferguson, Chris Murphy, Patrick Pentland, and Andrew Scott all contributing original compositions to each record, equal partners with equal say over every aspect of their work. Where in the past creative lines have been blurred to create the multi-faceted Sloan sound, Commonwealth sees the four bandmates disassociating ever so slightly to create an old-school double album sequenced with each member staking out a single side as their own artistic dominion.

Sam Gnerre of the Daily Breeze in Los Angeles said the bands’ latest effort “shows just how talented the members of Sloan are, and how skillfully they manage to fit their various influences into a unified whole.”

Commonwealth follows 2011’s The Double Cross, which earned Sloan some of the most glowing notices of their acclaimed career. Designated by the four playing card suits, the essentially solo sides allow for all four members’ work to at last be heard through the prism of individual identity. Ferguson’s opening Diamond side showcases his remarkable knack for symphonic pop, Pentland’s Shamrock offers a substantial helping of pedal-hoppin’ psych rock, and Murphy’s Heart is fit to burst with wit, jangle, and eclectic energy. As if the four-sided concept weren’t challenge enough, Commonwealth finishes with “Forty Eight Portraits,” an ingenious 18-minute pop suite that fills the entirety of Scott’s closing Spade side. Ultimately, what makes Commonwealth so special – and so distinctly Sloan – is how the fragmented approach in fact only serves to underscore the veteran band’s extraordinary strengths, showcasing the particular ingredients without ever losing sight of the sum of their parts.

Tickets are $24.99 in advance and $29.99 day of show (including tax and service charge) and will be available at the etixnow kiosk in Bubba Ray’s Sports Bar and online at www.sonicconcerts.com.