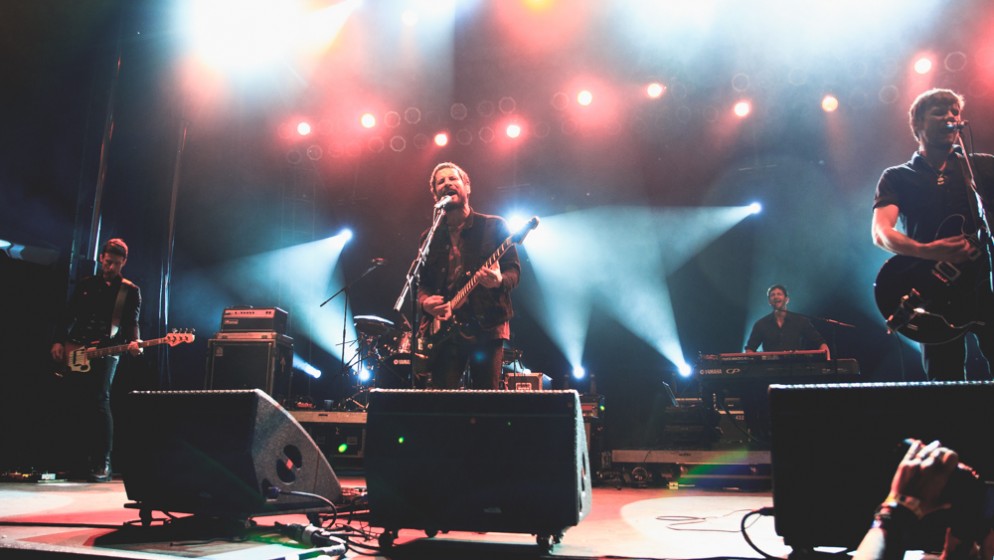 Before I even begin to get into the music side of things, let’s discuss what really worked well for the site and what I also thought did not.

The area located in the front of the stage has a nice gradual slope which allows those, not electing to rock out, the ability to sit in chairs or on the ground and still see what’s happening on stage (for anyone who has yet to attend an outdoor show, this is a very nice plus).  The concession area was easy to navigate and had all of the regular festival foods that you would expect and also housed a remote site for up and coming local entrepreneurs EastCoast Lifestyle.

It didn’t appear that the organizers pulled any punches when it came to the actual set up of the stage as both sides were filled with massive amounts of speakers and two large jumbotrons which allowed the entire site to be seen and heard perfectly.  Now you might be thinking to yourself that of course it should be seen and heard, but I’ve been to out door shows that had no video screens or had horrible sound.  So kudos to the Big Red Musical Festival (BRMF) for nailing that end of things down.

At the back of the site was a second mini stage set up to fill the hole in-between the acts on the main stage.  In theory this seems like a good idea but I felt as if it was a little bit of a knock against the day.  The sound was fine but the crowds never seemed to go out of their way to see the acts on the second stage which really put a damper on what I considered to be three great performances from Colour Code, The Motorleague and Dale Earnheart Jr Jr.  There was also some dome just off to the side of this stage, which for some odd reason was playing this loud techno voice over type music that was overbearing and annoying.  It was a constant thumping noise that was going on even while the acts were on stage.

Start to finish the day was filled with brilliant performances from all. At no point was I looking forward for whichever band was on stage to stop playing.  Local P.E.I. favourites Colour Code were the first act of the day and found themselves stuck on the small stage, playing for a handful of people.  Under the most unwelcoming of circumstances, the scaled back version of the band (thats right….only 3 of them for this show) looped their way through 30 mins of a guitar driven electro-pop set.  Even though it could have been a practice session for the band they still brought it, sounded tight and at no point ever came across as disinterested.  It was a really good set and people should be disappointed that they missed out.

Across the way on the main stage, The North Lakes hit the stage with their alt-rock jet packs attached and pumping at full throttle.  Lead singer Nathan Gill has one of those nasally punky voices that you wouldn’t hear as a lead on broadway, but fits perfectly with the garage punk sound of his band.

Halifax native Adam Baldwin was next to hit the stage and it was clear to everyone exactly why people regard him as the Canadian Bruce Springsteen.  Dubbed by the festivals MC as “a hidden gem” Baldwin was a pure joy to hear.  In this day and age where music seems to be driven by computers and beats it was nice to hear that a band is able to create pure rock music.  I have a feeling that Baldwin is going to blow up fast and if he’s in your area take the opportunity to check him out.

Following up Baldwin, over on the small stage, was New Brunswick’s own The Motorleague.   What you need to know is that by no means am I a big hard rock fan.  It’s not a sound that I go out of my way to hear, nor do I ever get an hard rock itch to scratch, but god damn I was blown away by this act.  Musically they were tight, had songs filled with big riffs and were arguably the most energetic group of the day.  Lead singer Don Levandier was both engaging and entertaining right until the very end.  I would most definitely see this group again.

My most anticipated act of the evening, Hey Rosetta, was next to hit the big stage.  Hey Rosetta have been quietly growing into one of Canada’s biggest must see acts, and with a new album getting ready to drop the crowd was eager for the NFLD group.  They would not disappoint.  Ploughing through old favourites like Red Heart, Welcome and Bandages while intertwining singles from the new album, Hey Rosettas set was tight, precise yet loose and enjoyable.  The most surprising part of the show was to see lead singer Tim Baker really take part in some fan interaction with back and fourths and sing-a-longs.  Glad to see he’s grown from a more quiet in the shadows type front man to one who has complete control of the stage.

…...by this point in the show I’ve been awake for 33 of the past 37 hours and was a big seedy from a wedding the night before.  The senses were fading and I was entreating the zombie realm……..

Across the way Dale Earnhardt Jr. Jr. were setting up for what should have been the funkiest gig of the evening.  Now I say should have, but that’s only because the crowd was nowhere to be found and it really seemed to have an effect on the band.  With a synth-pop  driven sound , this is the type of band that thrives on interaction and participation from stage to floor but were unable to get it.  Upbeat techno fused pop/rock music always works best when people are engaged.  Now I’m not sure if everyone was still coming down from the epic Hey Rosetta set, or if people didn’t want to loose their spots for headlining act Sam Roberts, but whatever the answer we’ll never know.  Unfortunately it was Dale Earnhardt Jr. Jr. that paid the price.

Headlining act Sam Roberts was next and would finish out the evening.  Playing to the biggest crowd of the day, the Montreal group were tight and extremely well rehearsed.  The set was a mixed bag of both past hits and new rockers from the latest outing Lo-Fantasy.  Three songs in and it was easy to see why this group is one of the best that this fine country has to offer.  With a more rockier sound than I had expected (the new album plays a little less techno live in person) Sam Roberts seemed genuinely stoked to be closing out the night for the festival crowd.

In what was my first trip to P.E.I. since 2007 I was very impressed with what that little island off the Atlantic has done to become arguably the #1 spot to play on the East Coast.  With a few minor changes (and were talking very minor) this festival is sure to become the biggest destination each summer. 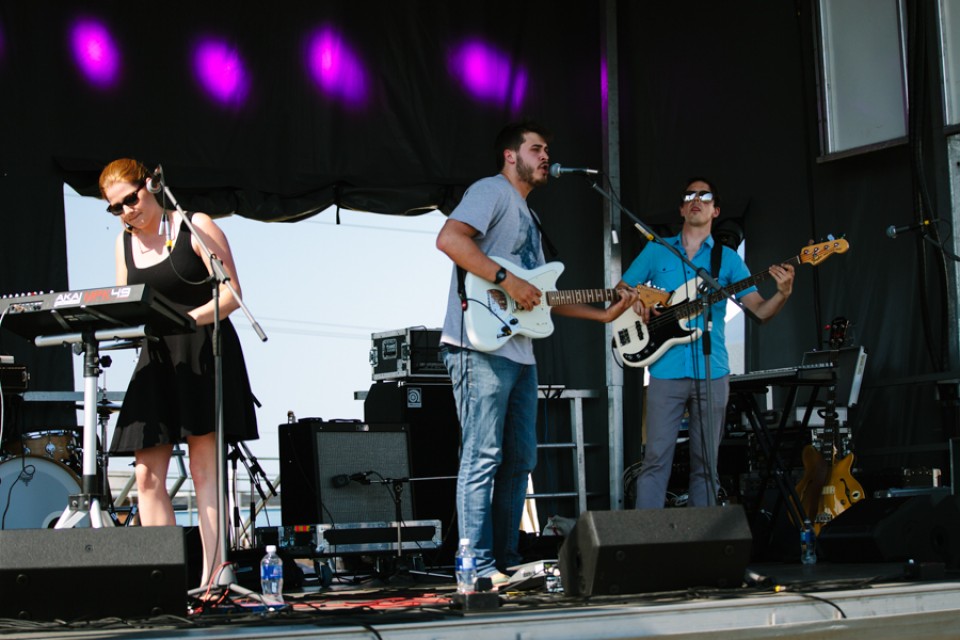 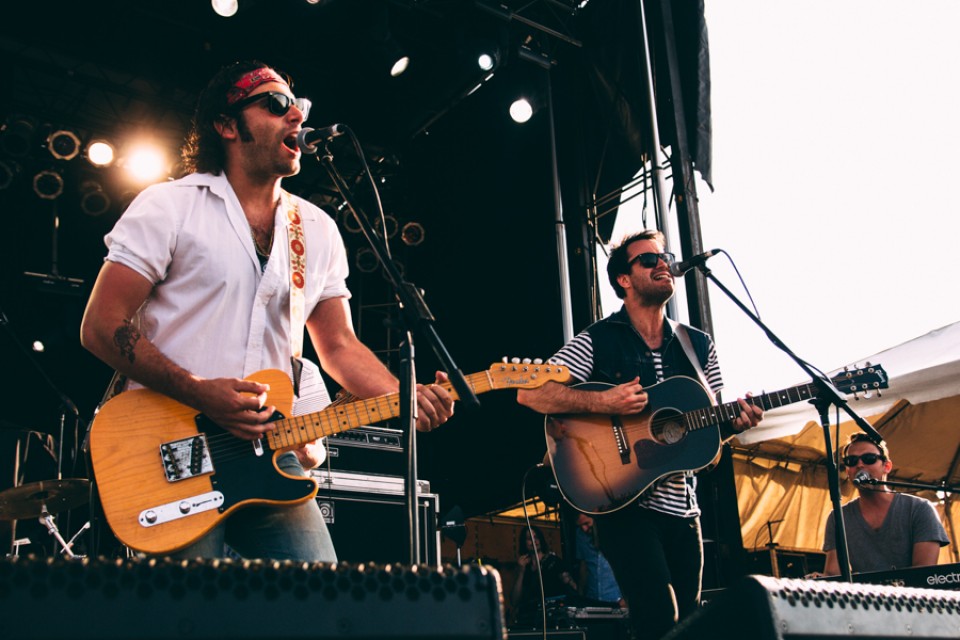 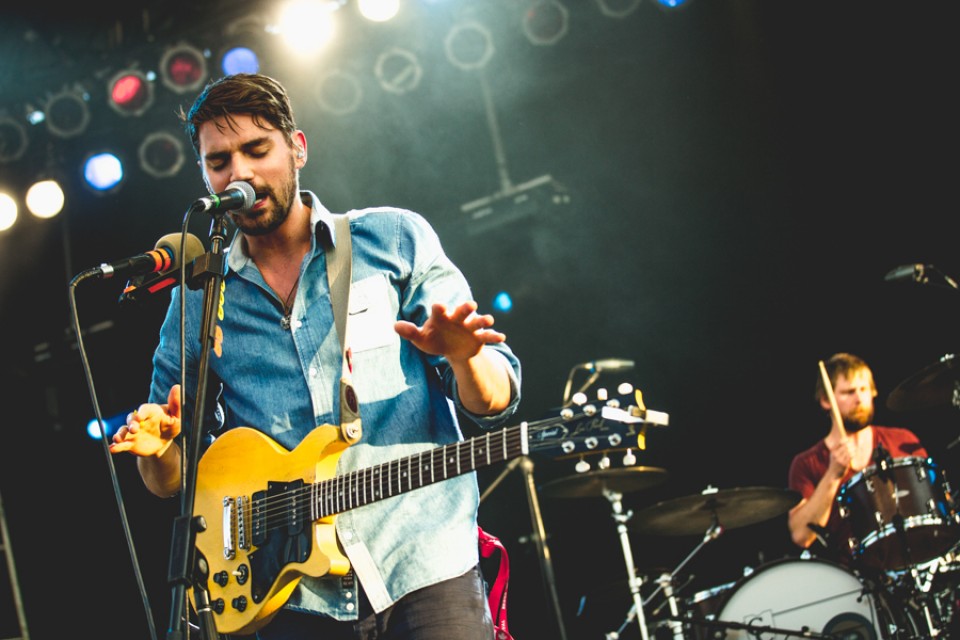 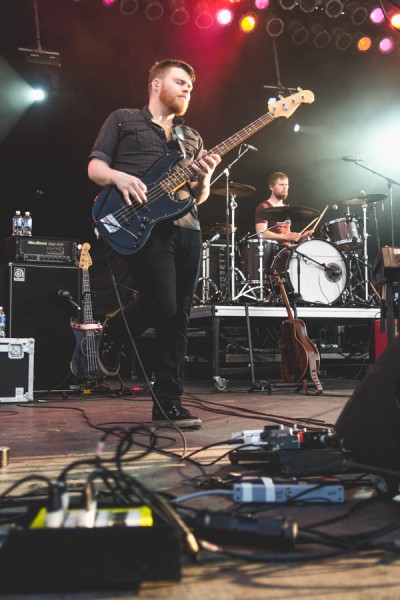 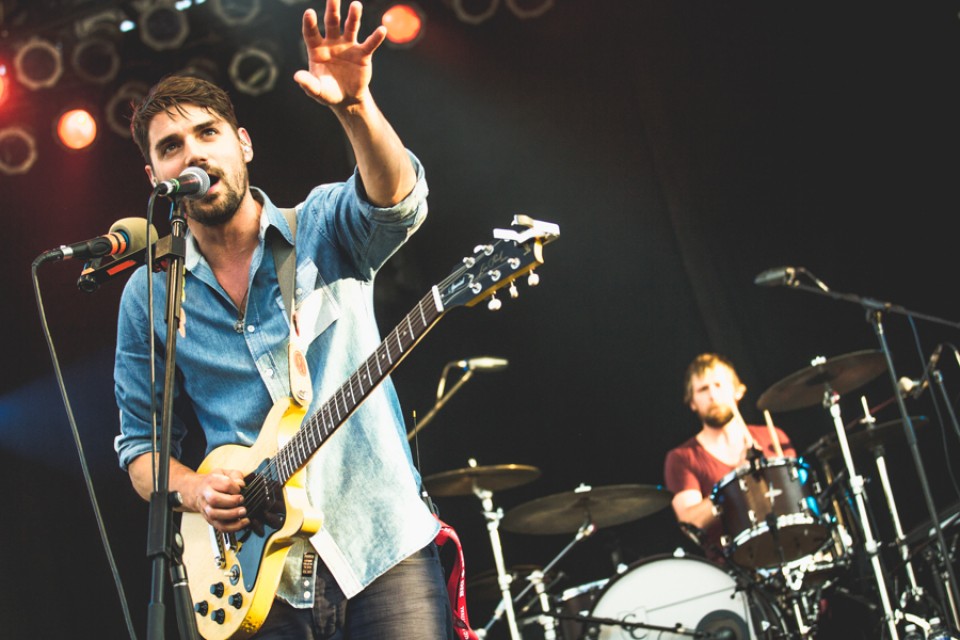 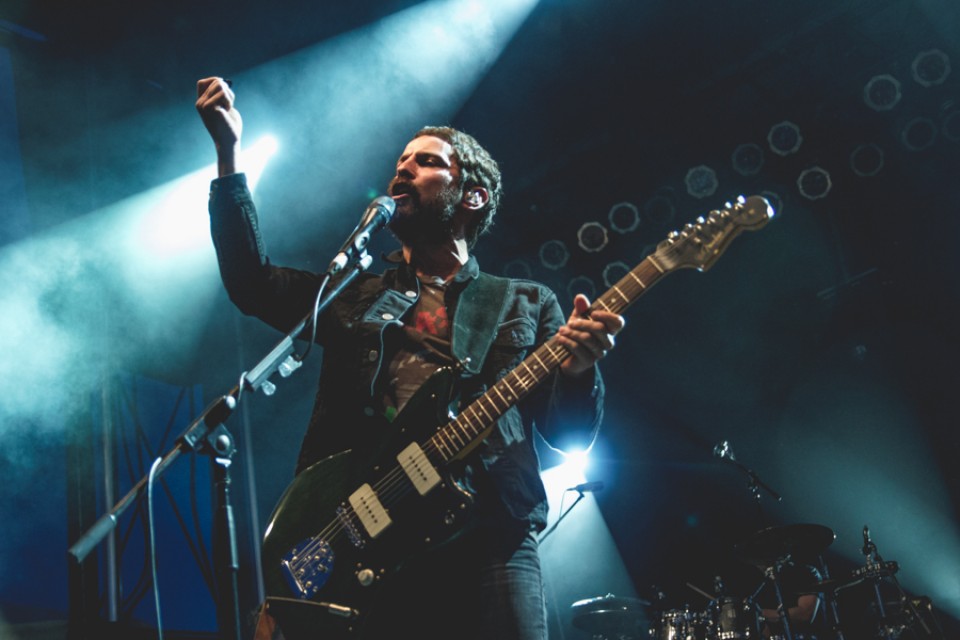 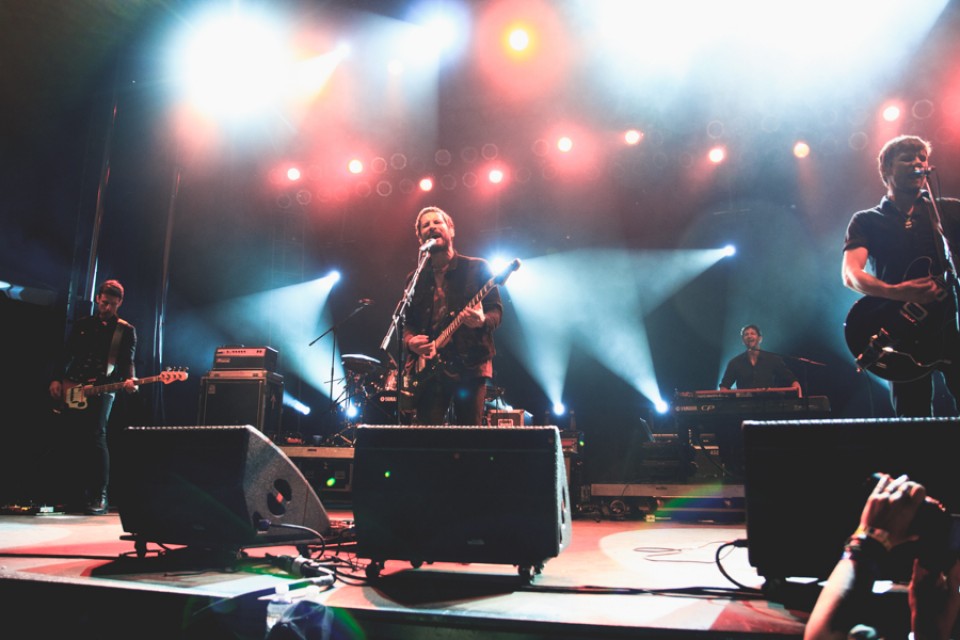 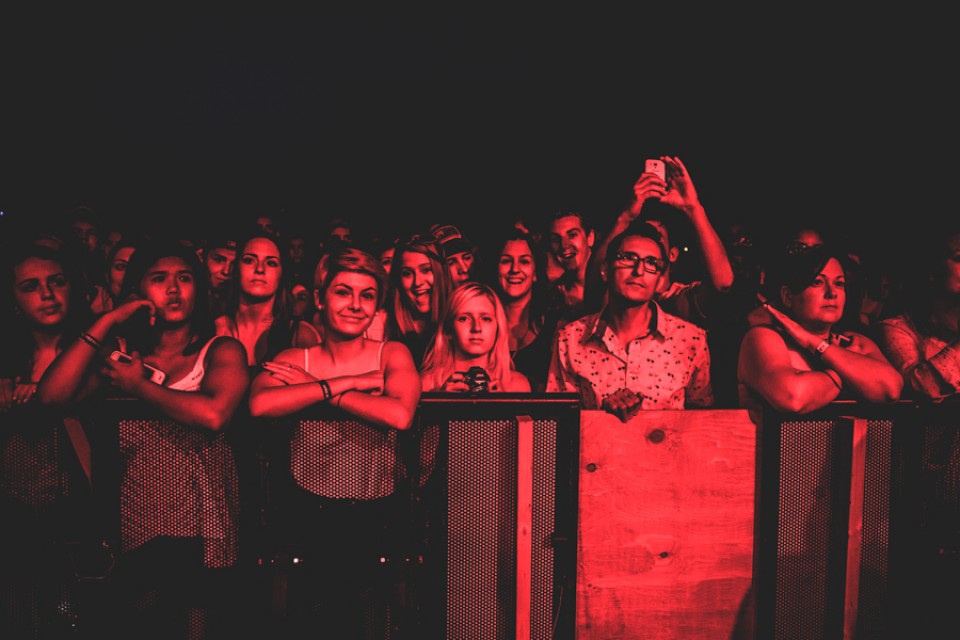 All images taken by Justin Roy.  You can see more at  Justin’s Flickr page.