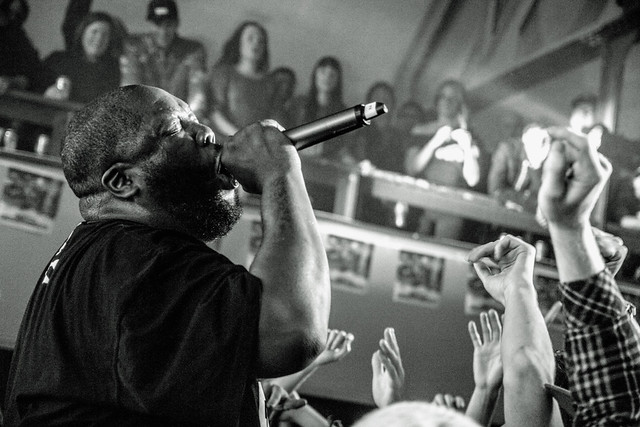 Before the Halifax Pop Explosion, I called this as “one of my must sees”, but I didn’t realize that this show would totally blow me away. It’s up there as one of my favorite all time shows, of all time. (Yeah, that makes sense right). Anyway, shortly before this year’s Halifax Pop Explosion happened, I was a fan of his latest album, “R.A.P. Music”. It was an album that was stripped from all the bullshit rap, you know all the bling bling music. And I know, there is alot of good rap music out there, but for awhile television wasn’t very kind at promoting it.  After realizing that Killer Mike had previously worked with such artists as Outkast, I was gonna give the genre another go.

“R.A.P. Music” was a very personal album for Killer Mike, it touched in ways of politics (aka corruption), religion, his culture in living down south in Atlanta, and as a black man. To me, it was a very interesting scope into his life, and also the beats that he was dropping were phenomenal. It easy to see how this album had gotten such praise from those who reviewed it. 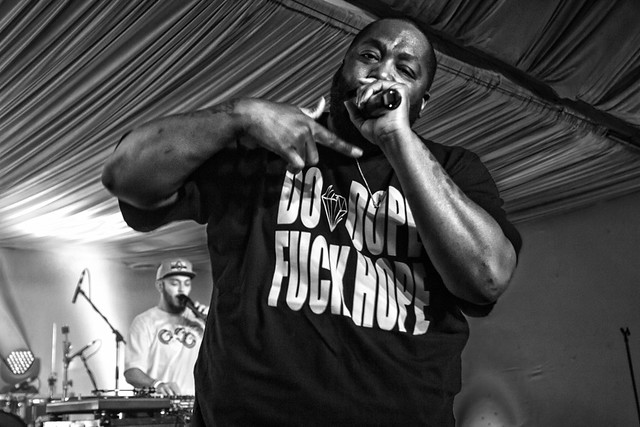 When Killer Mike came to the Halifax Pop Explosion this year, there was a lot of excited fans.  It’s not every year that the Halifax Pop Explosion is able to get such a well known artist from the States, so needless to say there was a warm welcome to Halifax. Playing in front of a packed crowd inside the Olympic Community Hall, Killer Mike came out to an enthusiastic crowd. And even though most of them, who were there to see Action Bronson, who had earlier cancelled his tour because of an ailment, it wasn’t a problem for Killer Mike to take center stage as the main event.

Killer Mike opened his set up with a wide familiarity of tracks from “R.A.P. Music”, the crowd was just into every second of it. With tracks like “Big Beast” & “Untitled”, people were bobbing their heads, pointing to the singer in love & respect, it was just bitter sweet. And Killer Mike himself was into it as well. He sang, and smiled to the crowd, told his stories, and made a real connection with the crowd. Even his DJ was pulling some mad beats. 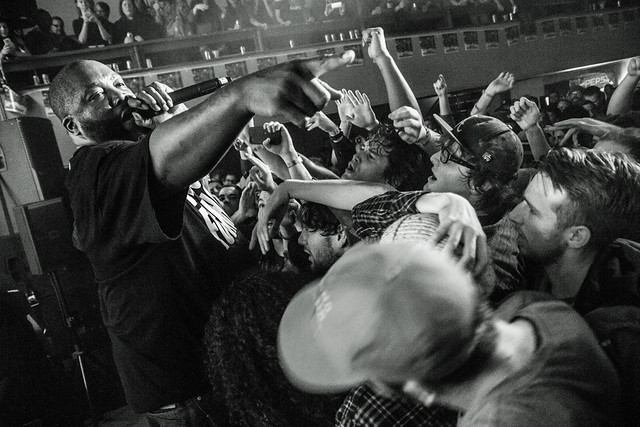 I don’t know too much about American politics but when the song, “Reagan” hit, (you know that friendly, stand-up for America, republican). Killer Mike literally had the crowd going against the former President chanting, “Fuck Reagan”, as the Killer Mike and the crowd would chant back & forth into a frenzy.

Another big moment for me, was when Killer Mike entered the crowd into something that was epic. It was almost to the point where Killer Mike was this figure, as if he was preacher, and the crowd were his disciples. Church was in session, and he had gotten much praise. I don’t think I’ll ever forget this show, and with that said, I leave you with some of my photos that I’ve taken from the show, and other highlights from this year’s Halifax Pop Explosion…