To cop a line from Roger Murtaugh (see Lethal Weapon), “I’m getting too old for this shit Riggs!”.  As it turns out, when you’re busying being an adult by day and rock “journalist” by night, it can take it’s toll on your weary bones.  Who knew rock n’ roll was a young person’s game? (Ohhhh waiiiit.  Everyone knows this.) 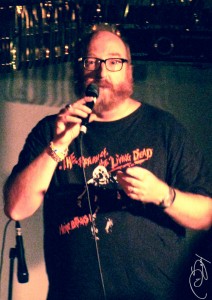 When the HPX lineup was released and they announced Brian Posehn was performing, he quickly made my short list as Shad was the only other act on that list .  When I strolled into Reflections “Comedy Club?”,  I was thrown off by the fact that the dance floor was adorned with rows upon rows of uncomfortable chairs and another Brian was on stage (Newfoundland’s own Brian Alyward) who was serving as the evening’s emcee.  He was entertaining, had decent energy and a solid delivery, but ultimately I was left feeling indifferent about his act.   The evening’s openers were alright but there wasn’t much to write home about.    I was surprised by the honest, dark and self depreciating act of PEI’s Meg Mackay she was the most interesting of the opening comics, her somewhat short set left me wanting more.  After Meg left the stage, the crowd was treated to Kyle Hickey who was a bit too smarmy for my taste, then there was Jon Mick who reminded me of a crusty Kyle Gass (of Tenacious D fame)  who while nursing a back injury, was amusing, but was another performer who left me feeling indifferent.  Finally it was time for the evening’s headlining act Mr. Brian Posehn.

For those who aren’t familiar, Posehn is a character actor who’s appeared on the Sarah Silverman Show, Just Shoot Me and most recently Guys With Kids.  He is a renowned geek and his penchant for Star Wars is well documented, as he ranted on the new trilogy and the way in which fan favorite Boba Fett meets his demised at the tail end of the original trilogy.  It was a solid comedy set complete with prerequisite self-depreciation, stories about his wife and kids and of course marijuana (a habit which Posehn has returned to after a two year period of sobriety).  It was a great way to kick off HPX 2013, but served as an appetizer of sorts, as I was ready for some music! 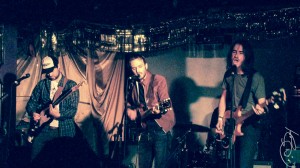 Once the comedy club set-up was removed and the stage changeover was completed, PEI’s own The North Lakes hit the stage.   The band was tight and tore through a set of scrappy garage rock / power pop tunes.  The music sounded fine, but personally I couldn’t determine if the band was a legitimate rock band versus a bunch of dudes on stage playing rock star.   The fact that the front man had such a cliched garage rock look from the skinny jeans, thrift shop coat and constant mugging for the cameras really distracted from the music at hand.  It all felt a bit pretentious to me, and in saying that, I would give the band another chance as the lead guitarist was completely into it and didn’t feel like he was putting on an act.  They have potential, but it felt to me that they were trying too hard to be rock stars, instead of  being actual rock stars. 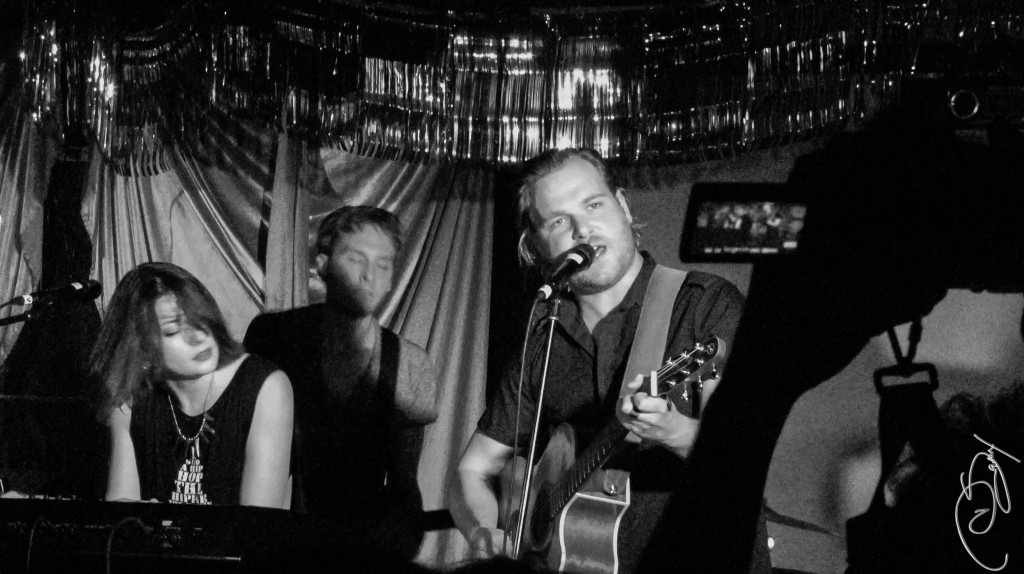 Up next was Soho Ghetto a local Halifax band which has had a lot of positive buzz as of late, who I chose to stick around to see (but as per the opening line, the night was starting to wear on me).  Soho Ghetto were a last minute substitution for Still Life Still , but I couldn’t have been happier.  This local 7 piece collective figuratively rocked my socks off with their brand of indie-folk/pop, as I was going in without any preconceived notions.   The energy with which they performed, and the passion which was displayed on stage was wholly addictive. I caught the majority of the set, and would love to see the band again in their own setting as I could imagine it would be a treat.  The Soho Ghetto sound is comprised of pop, folk, country, blues and rock elements, which makes for a tasty slab of ear candy.   As it was just the first of the five nights, I knew it was time to bail on the festivities in an effort to came some other shows later on in the week.

All in all, it was a great opening night to my first Halifax Pop Explosion, it was fun hanging out with Justin for the evening and watching him wade into the photographer’s “pit” and having the time of his life.  It was a great night of live comedy and music.