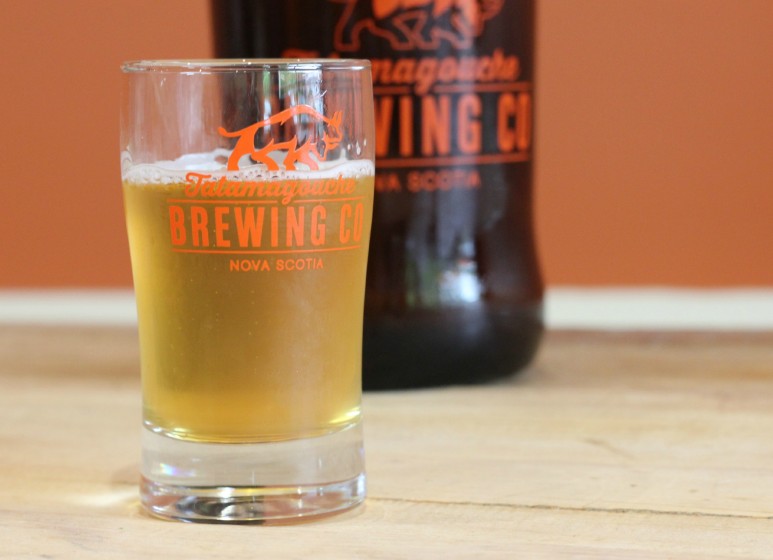 “The sale of Jost had just been finalized and less than a week later my dad said ” want to open a brewery?” – Christiane Jost

Jost is a name that has become inextricably linked to winemaking in Nova Scotia, but the Jost family has moved on to hoppier pastures.

The Tatamagouche Brewing Company is more than just a hobby for Hans Christian Jost, it’s returning him to the exhilaration of building something from the ground up. 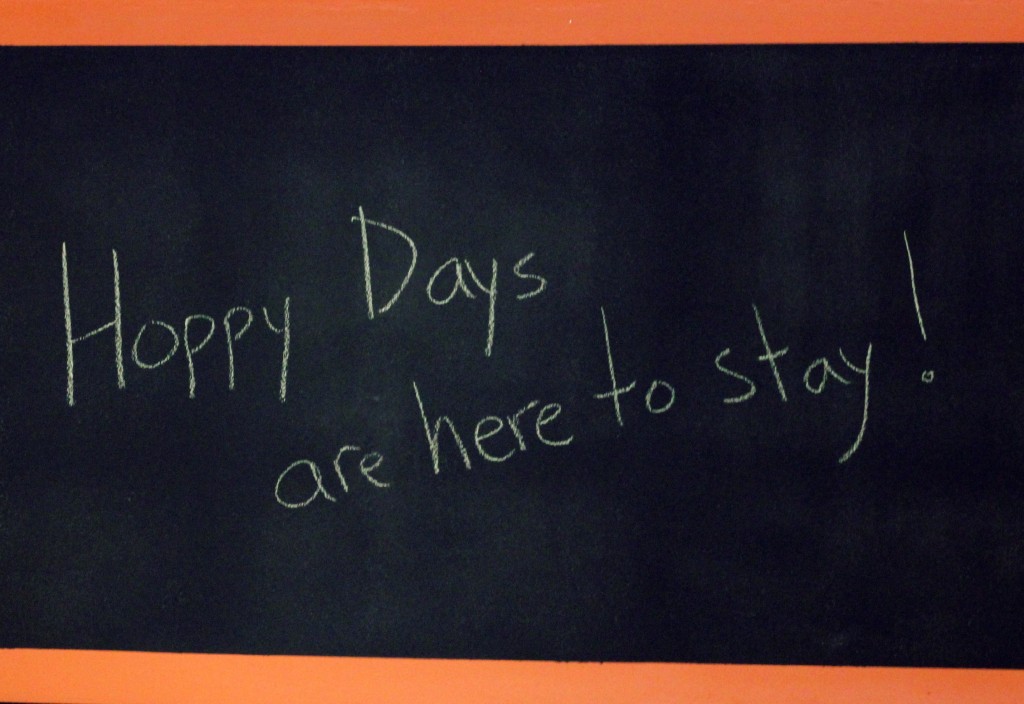 In fact, from below the ground up. We stopped by Tatamagouche and visited with Hans’ daughter Christiane and her partner Matt as they were prepping the former butcher shop (previously a dance hall, diner, garage) for the opening. 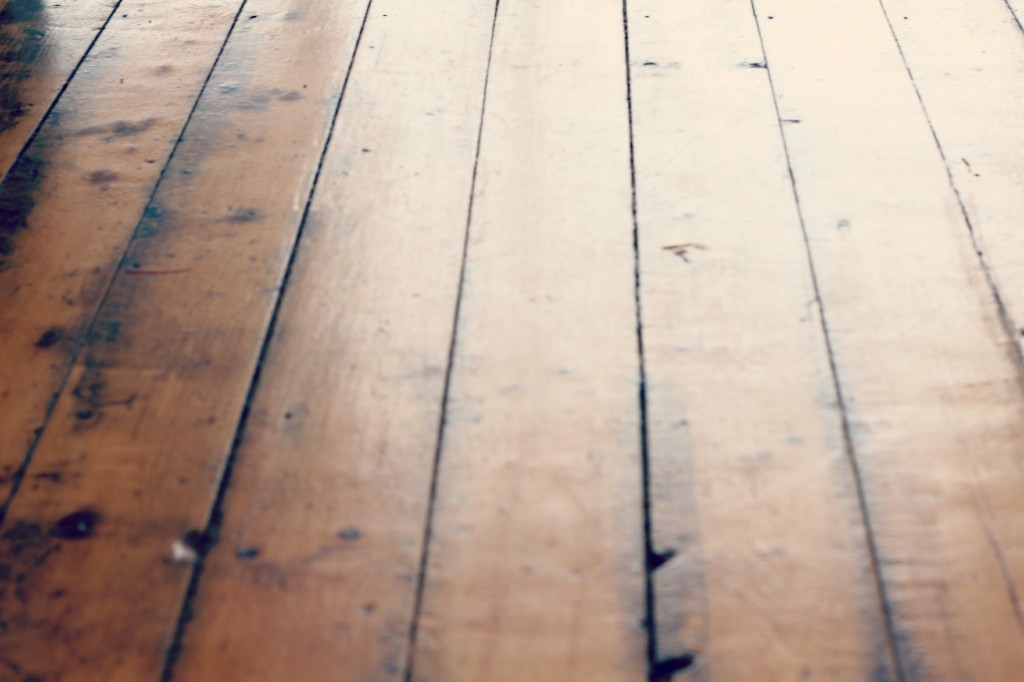 Matt, Christiane, and the Jost family have completely re-done the space. These beautiful wood floors are one of the only remaining original elements.

The first thing we noticed were the massive tanks shooting up from below the floor. Half the main floor was cut away to make room for the brewing system, and the basement floor was dropped two feet before being completely redone for drainage. 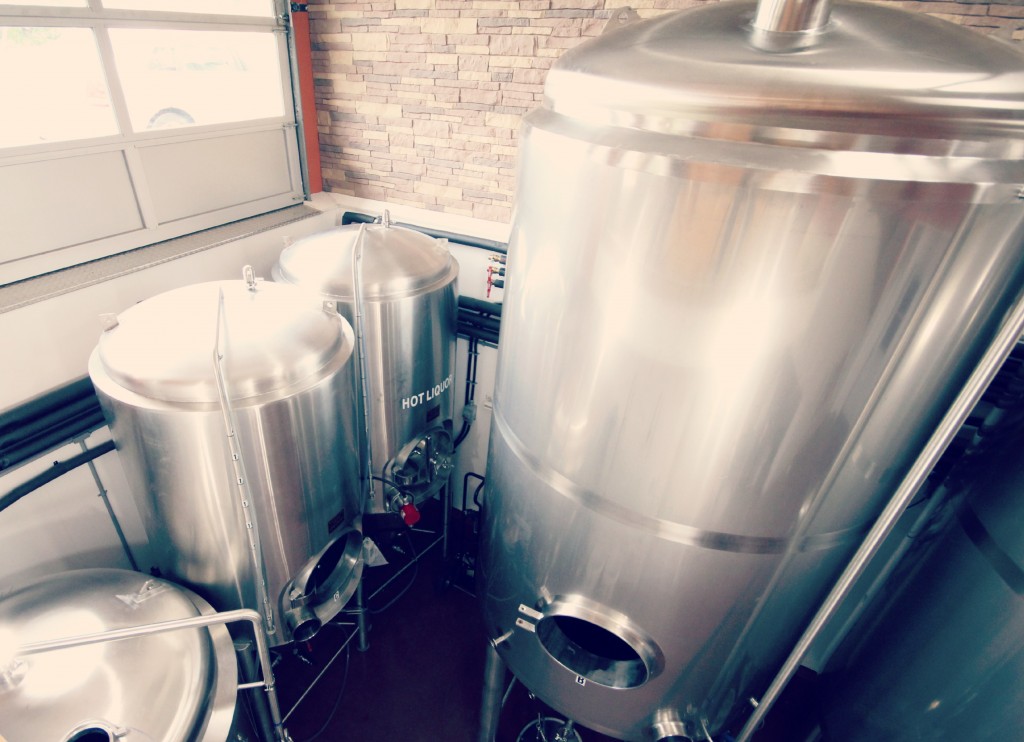 Christiane and Matt are clearly excited, but also maybe a bit anxious about the opening. Not because they’re worried Tatamagouche Brewing won’t do well, but because interest has already been greater than they anticipated.

Indeed, while we were there on a Saturday morning days before their soft opening, there was a steady stream of locals and seasonal residents popping their head into the shop. 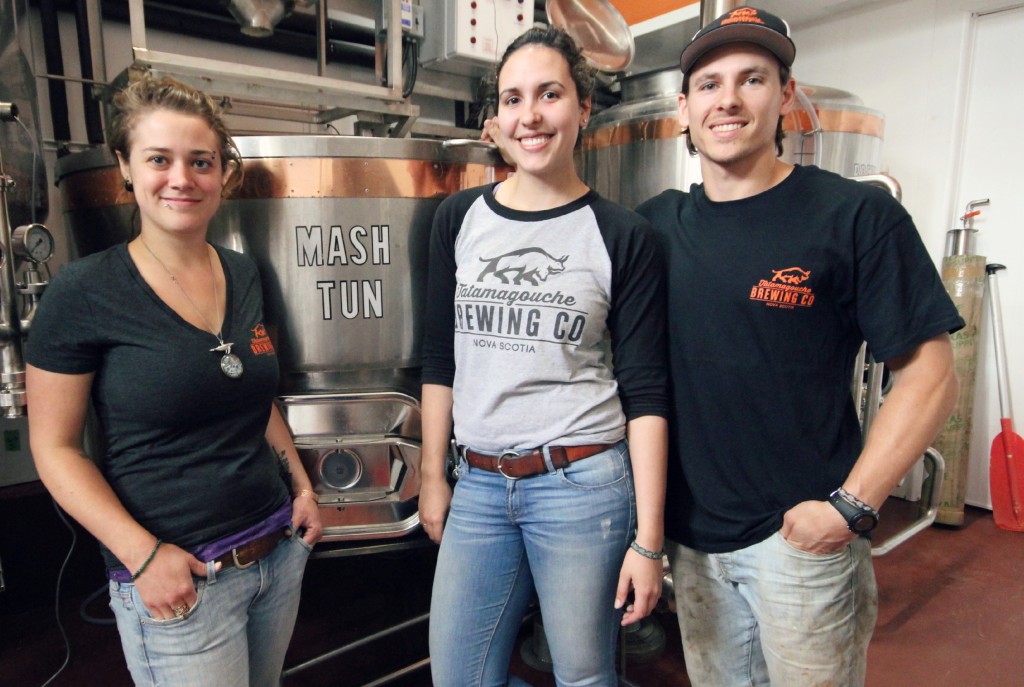 We had a great chat with Christiane and Matt, who have clearly put a lot of work into getting the brewery up and running over the winter. The brewery itself is beautiful, complete with the large wood butcher block from the previous resident, Houston Butcher Shop. This is the namesake of one of two beers they’ll be opening with, Butcher Block Red.

We got to sample the other beer they are launching with, the Hippie Dippie Pale Ale. It’s a nice, accessible pale ale. It most reminded us of Sea Level’s Planter’s Pale Ale, which makes sense because Sea Level brewer Randy Lawrence has been one of a few local brewers who has stopped in to help Tatamagouche Brewing Company learn the ropes of beer brewing. 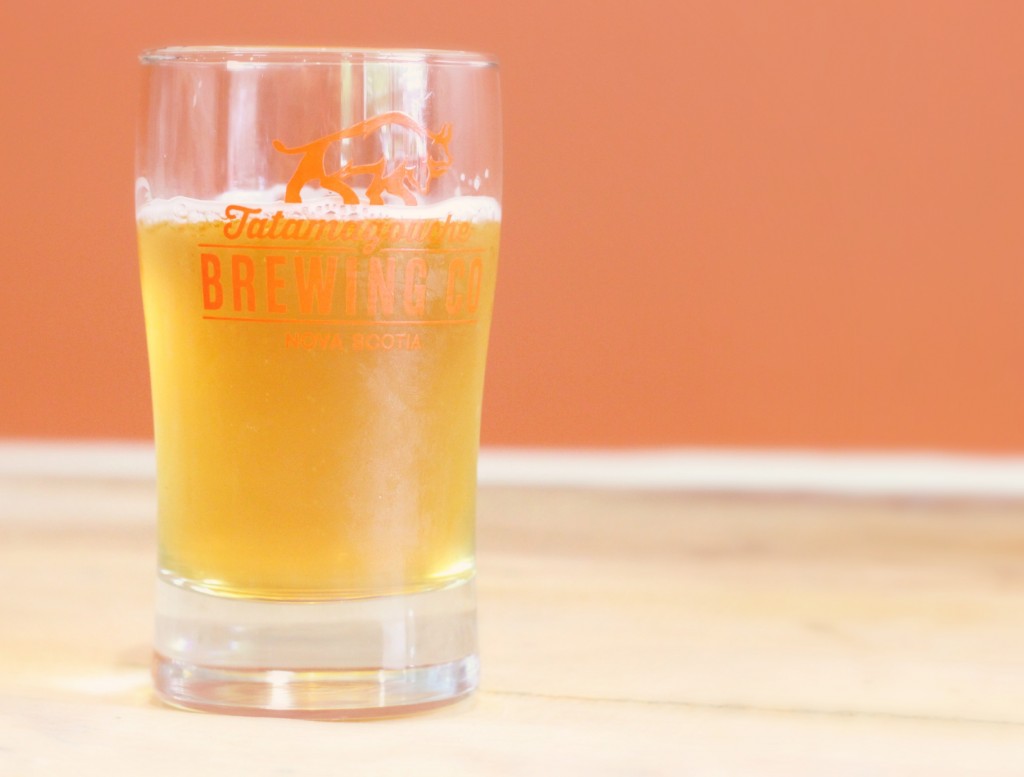 The wonderful thing about the Nova Scotia craft beer scene is that it truly is a community. Other established brewers have also been around to share their knowledge, including award-winning Greg Nash (Matt emphasized what a wealth of knowledge Nash possesses) and Big Spruce farm brewer Jeremy White, who knows a thing or two about successfully launching a brewery in rural Nova Scotia.

“Dad was 24 when he started Jost with his dad. Here, he is back to what he started with, the basics. What made him fall in love with the industry”.

It won’t be long before you see Tatamagouche beer around the province. They already have taps lined up for nearby Train Station Inn and Truro’s new craft beer watering hole Nook & Cranny, among others. See the full opening tap line-up below. As of this Saturday, you’ll be able to find their 1L refillable growlers at the Truro Farmers Market and there are plans for taps in Halifax soon. 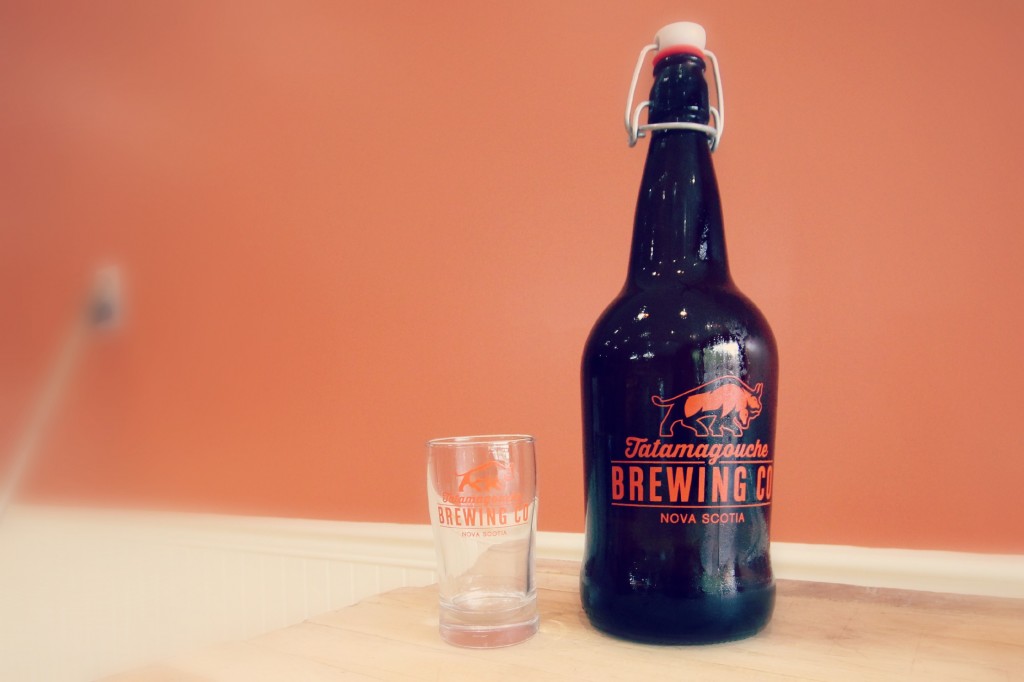 Growler bottles are $7, and fills of the Hippie Dippie Pale are $7, while the extra hoppy Butcher Block Red is $7.50/fill. We love that they’ll be adding pairing suggestions on the bottle during their next growler run. You can also get a variety of merchandise, from t-shirts to glasses, featuring the sharp-looking logo of a two-headed bull. The logo further connects Tatamagouche Brewing to its namesake town, as you can find the skull of the two-headed bull in a nearby museum.

Tatamagouche Brewing Company (@TataBrew) joins the Train Station Inn, Jost Winery and the Creamery Square Farmers Market as yet another reason to take a trip along the Northumberland coast.