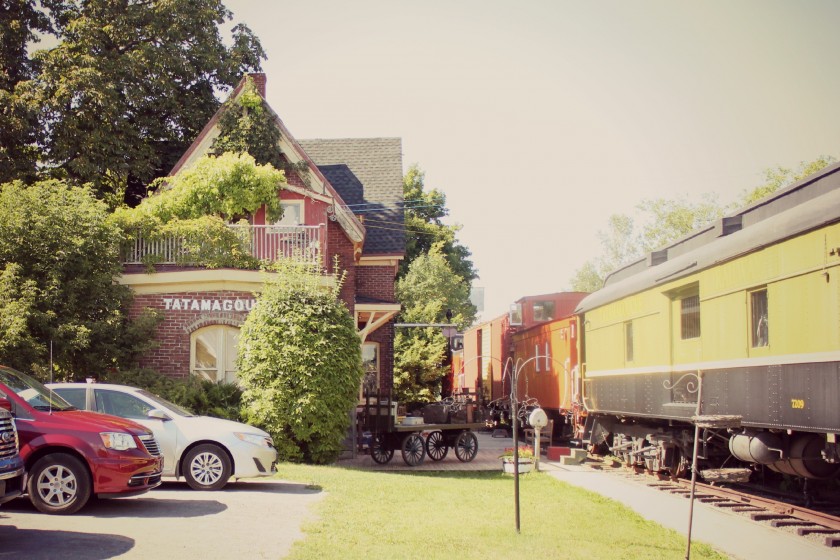 I grew up in Pictou County during the eighties. My backyard in Hopewell abruptly ended at what seemed like the Grand Canyon to four year old me, with a railroad snaking along the bottom of the ravine. One of my earliest memories is of taking a day trip by train from Hopewell to Halifax.

Later when we moved to New Glasgow, I remember listening to the trains passing through town, their horns like an industrial lullaby as I went to sleep. I used to hang out with my friends by the Sampson (oldest Nova Scotian train) exhibit. As a kid, train tracks led to adventure (Stand By Me anyone?) and rail bridges were made for jumping into bodies of water.

It’s weird to think of your childhood as being part of a bygone age, but so it is. It’s no wonder that when Gillian and I explore our province, I am particularly drawn to learning what has become of this part of our culture.

The Train Station Inn is a restaurant and hotel in Tatamagouche. The rooms and dining area are housed in old rail cars, and the gift shop sits in the original Tatamagouche train station. 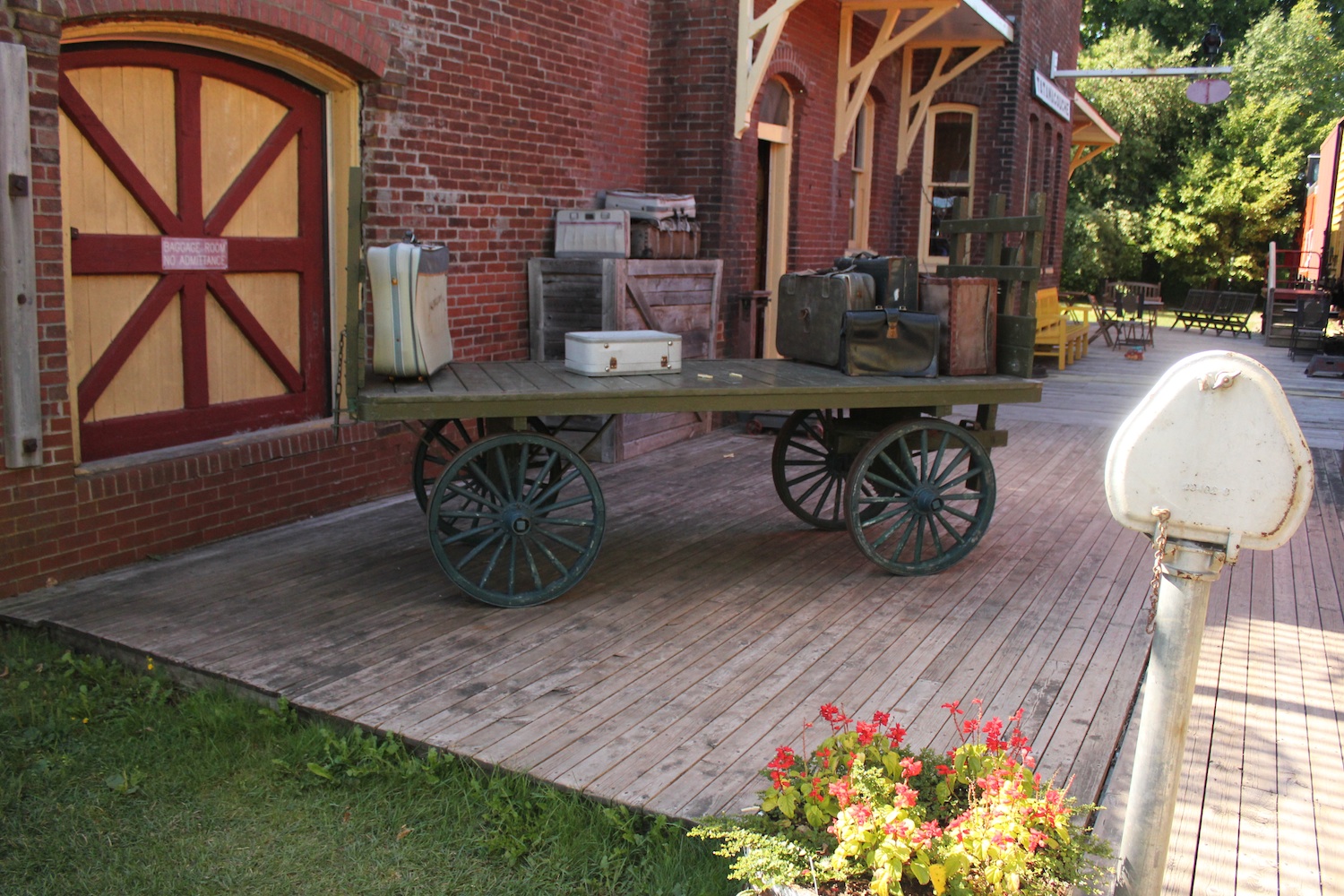 The Tatamagouche station was built in 1887 by Intercolonial Railway. It welcomed passengers until 1960. The tracks outside the station continued to carry supplies until 1986, but the station was no longer in use and in 1973, it was scheduled for demolition. But the station was saved in 1974, when 18-year-old James LeFresne stepped in to buy it and save it from destruction.

It wasn’t until 1989 that the Train Station Inn opened its doors to travellers. In so many ways, the property has not changed since Nova Scotia’s railroad glory days. From the outside, the cars looks almost eerily frozen in time, as if the vehicle was paused mid-departure. 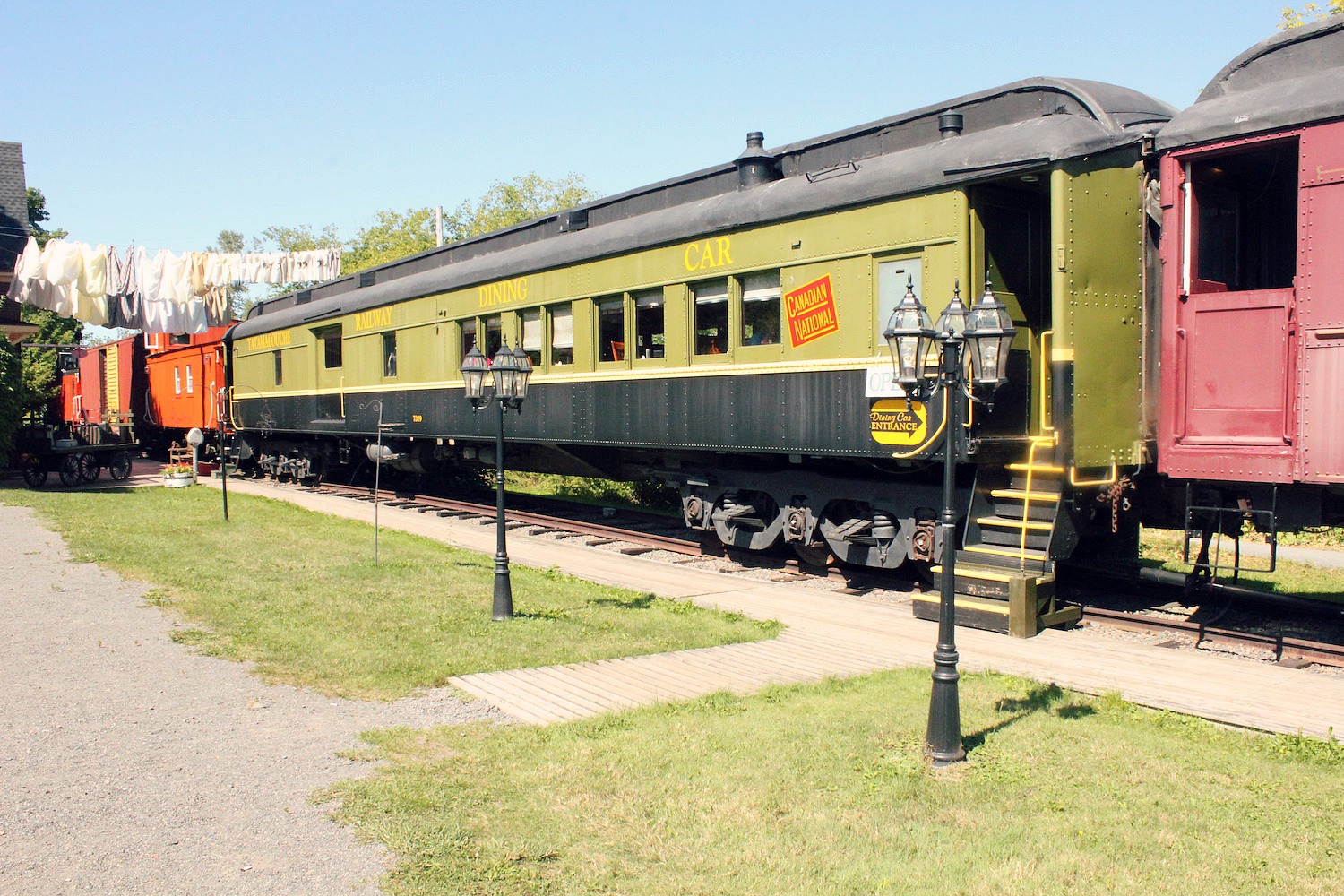 The railway cars have been meticulously restored and well-kept, giving diners a sense of what it would have been like to eat on Canada’s rail line almost a century ago (but with what I imagine is a better menu). 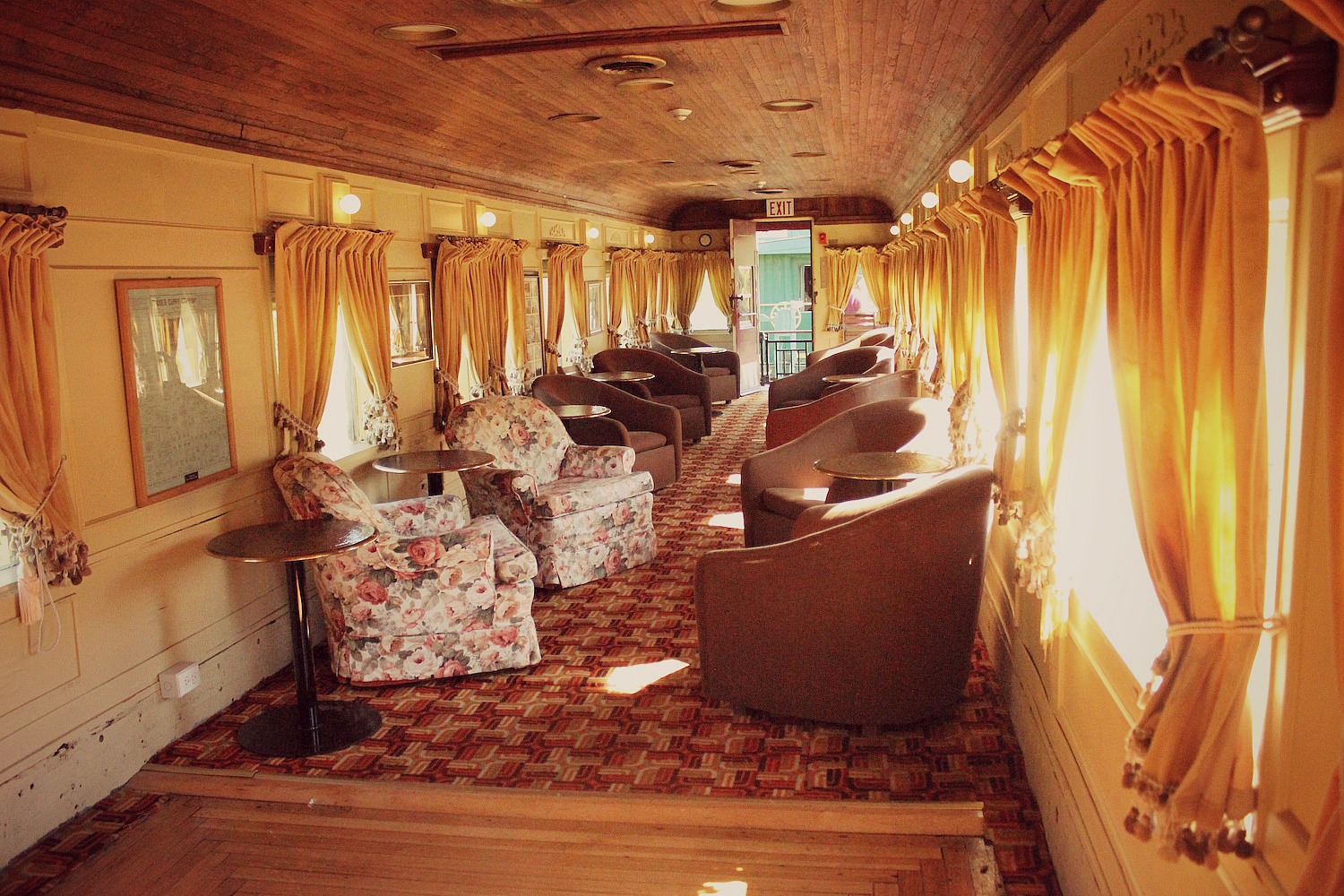 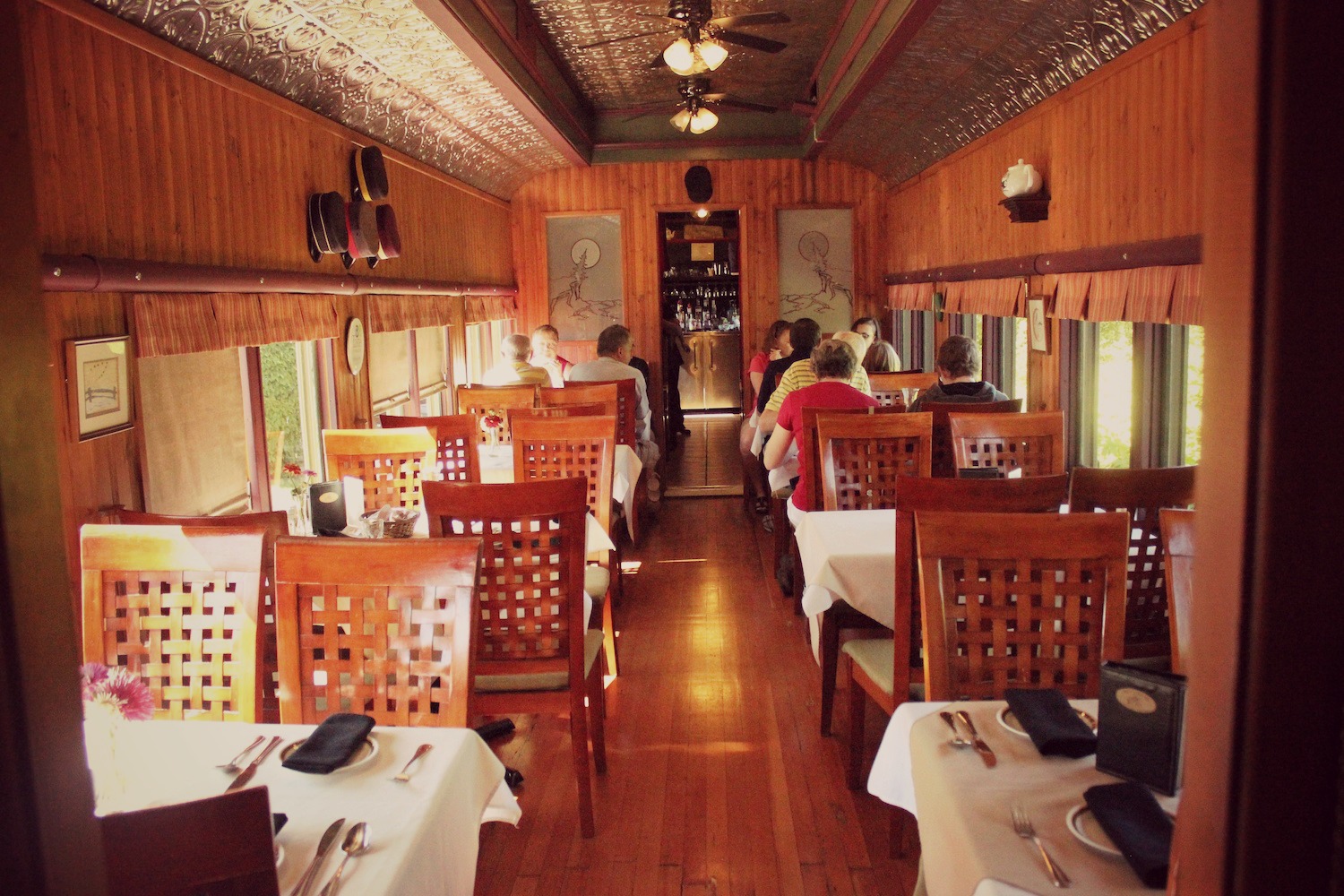 The menu is a surprising mix of classic Nova Scotia fare like chowder, crusted salmon and lobster, peppered with flatbread pizza and sushi. The owners believe that ‘fresh is best’, so many of the vegetables and herbs served are grown in an on-site garden

We had a fancified shrimp caesar salad, spicy crab and carrot sushi rolls, and the seafood chowder. 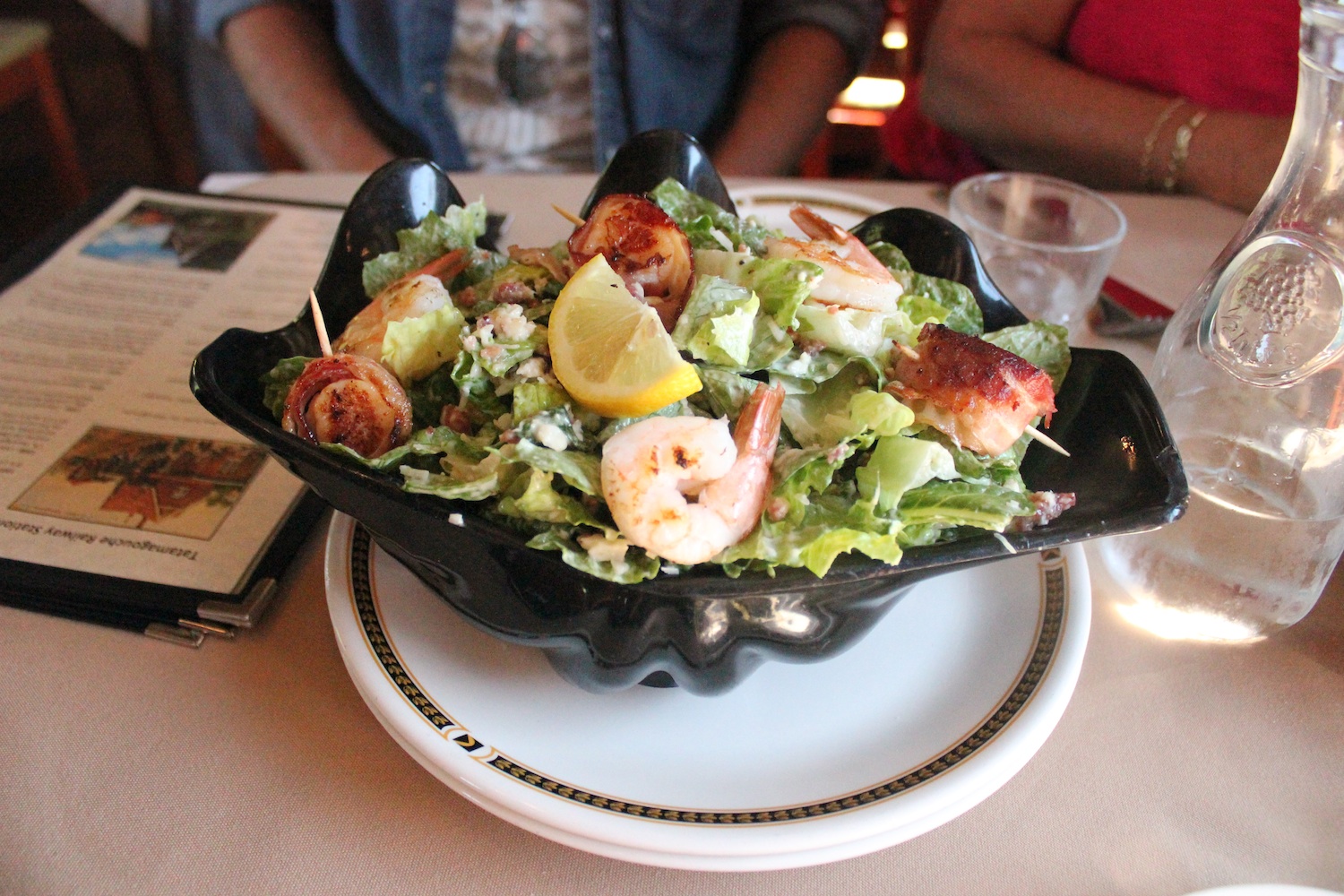 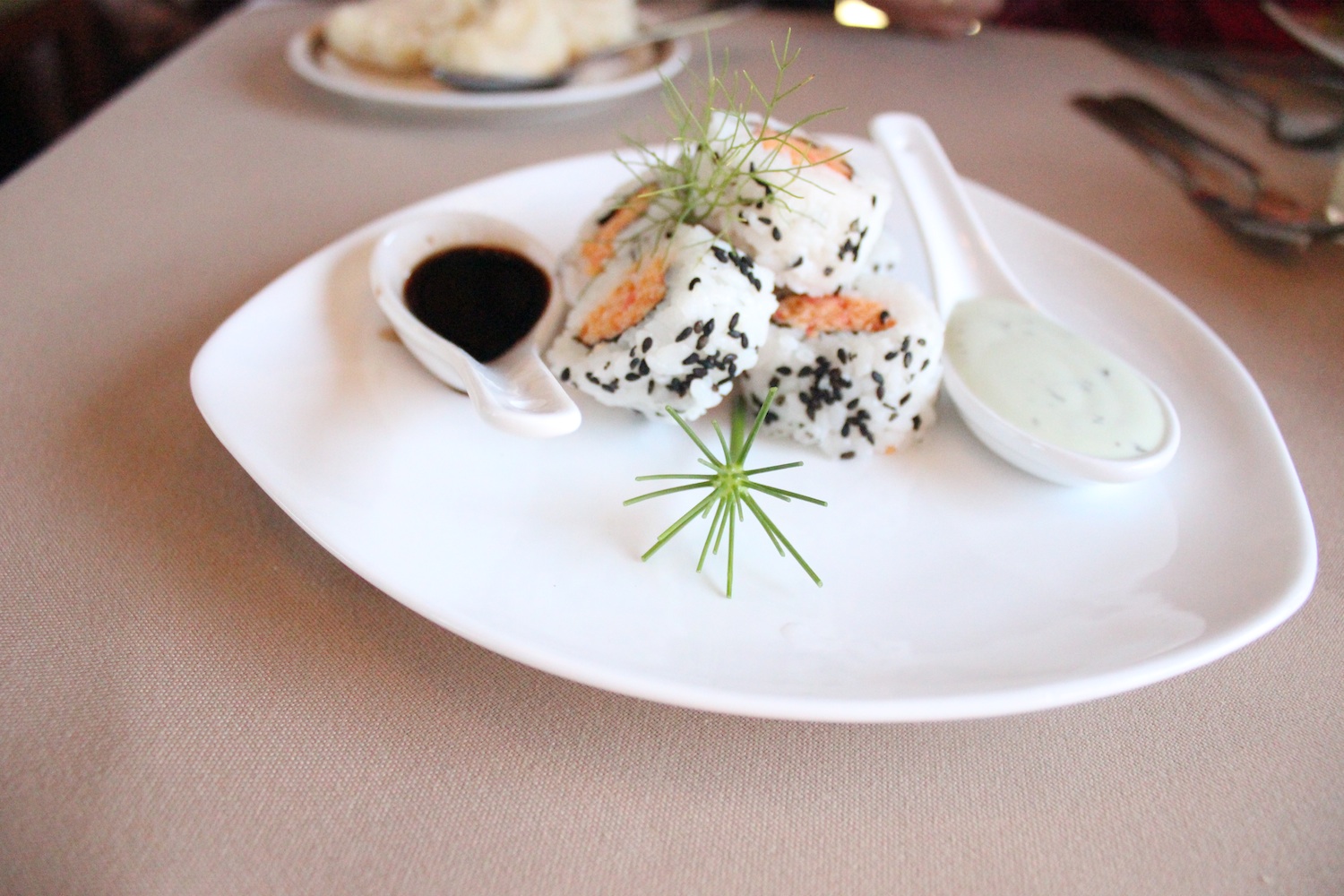 This was one of our Chowder Trail stops, so we need to mention the chowder. It had a creamy, milky broth with lots of haddock. We liked all the fish, but the broth could have used a bit more spice to give it some kick. The thinner broth reminded us both of Drew’s mothers chowder, a definite bonus, but since no one can quite make it the way Heather does, the slight similarity might have actually been a disadvantage. 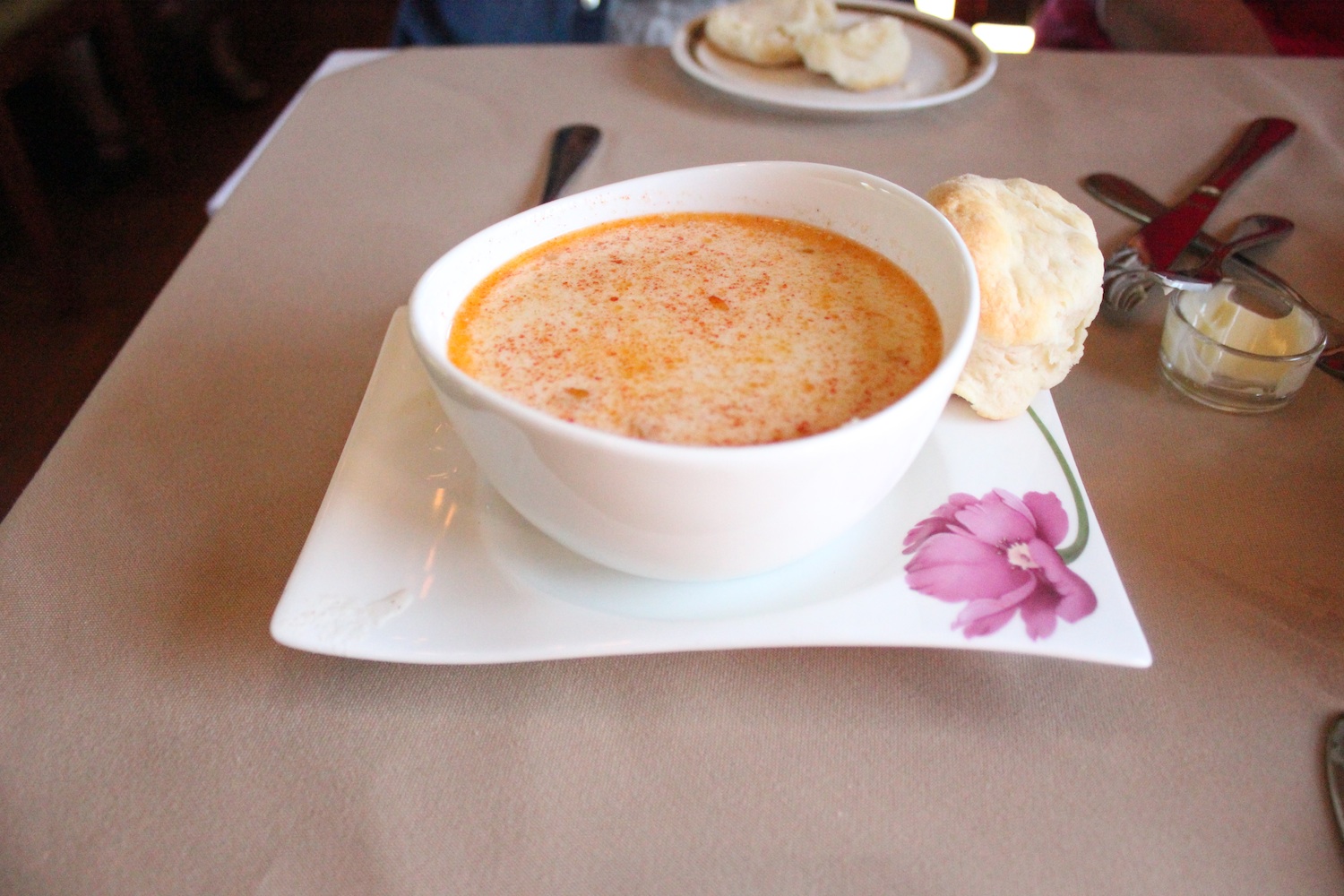 After lunch, we stopped into the old train station. The space has been transformed into a gift shop with a mix of touristy souvenirs and artifacts from the railroad days. If you really want to delve into the history at The Train Station Inn, a history of each rail car can be found on their website.