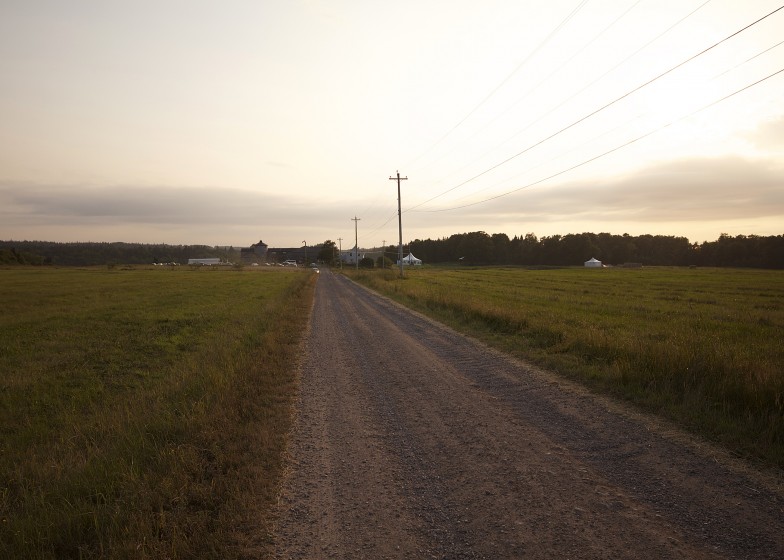 In the event that you are the kind of person who skims articles, or only reads the 3-line Facebook summary, I am going to put the important stuff upfront. Go see Lysistrata.  If you like good theatre at all, or even if you have only a passing interest in theatre, or if you have anything akin to a sense of humour, you will love this play.

Lysistrata is part of Two Planks and a Passion’s ‘Off the Grid’ Series.  Now in its 6th year, the Off the Grid series features plays that are, well, off the grid.  They are held outdoors, no mics, limited props, and nothing but natural lighting. The company has been the recipient of 14 Merritt Awards since 2008 for its Off The Grid Productions, including three for Outstanding Production.

We weren’t able to take photos during the show, so I can’t show you the amazing period costumes…more reason to check it out for yourself!

Lysistrata, Temptress of the South, is an adaptation of a Greek comedy written by Aristophanes over 2500 years ago.  This season, Two Planks and a Passion Theatre took this classic play and re-set it in Civil War Confederacy in 1846 America.  Ancient Greece, Civil War, it doesn’t sound like the makings of great comedic theatre, but Lysistrata, Temptress of the South left us both in stitches (and, at some points, in tears).

The play features music and lyrics by composer/playwright Allen Cole and regularly titillates the audience with hilarious sexual innuendos in four part harmonies.  To top it all off, the acting was impeccable.  With no lighting, mics, or flashy props, the actors shone, pulling the audience into this offbeat comedy.

The show takes place at Ross Creek, which can also be rented for camps and events.

Lysistrata will run Tuesdays – Sundays at 6pm until August 11th at Ross Creek Centre for the Arts (@rosscreek) in Canning.  There is also a matinee each Saturday at 1pm.  Starting Saturday, July 21st, there will be a special shuttle from Halifax to Annapolis Valley for those interested in taking in the Matinee performance. Seats must be booked 48 hours in advance and seating is limited.

Another cool feature is the pre-show picnic baskets. Two Planks and a Passion offers the option of pre-purchasing a southern themed picnic, with tasty treats such as fried chicken bites, quick pickles, and pecan pie with whipped cream.  Baskets cost $23 and are available one hour prior to the evening show.

Lysisrata has many sexual references so it may not be suitable for all ages.  We were sitting behind two children under age 4 and they loved the show without catching onto the jokes, but still a heads-up for parents.