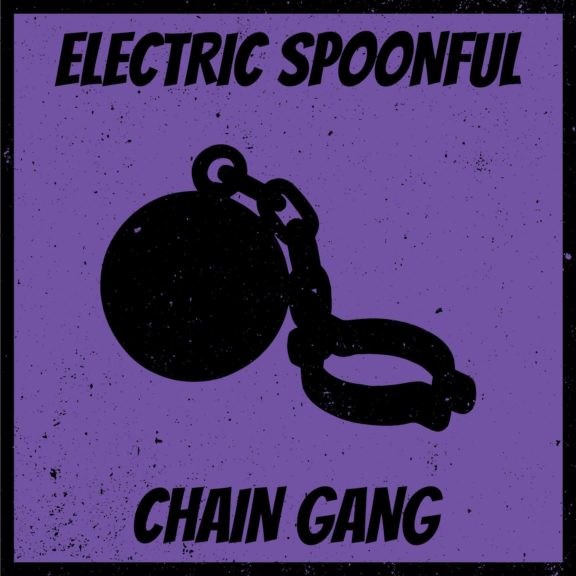 It’s been four years since Electric Spoonful won ‘Best Rock Band’ in The Coast’s ‘Best of’ Awards, and three years since they released their last single, ‘Stare at the Moon’. The four-piece rough and rowdy band of boys were excited to share more of their songs to the world. The single came with a promise: Electric Spoonful were to release an album. No longer would fans have to wait until a Spoonful live set to ‘get greasy’. They could sing along over some brews with their buddies from the comfort of their own basement, fueling for the next live show. But, things don’t always go as planned…

Brentley Campbell, Electric Spoonful’s original lead guitar player, decided to part ways with the project. On November 16th, 2018, Campbell played his final show at the Seahorse Tavern. During the set, TJ Ploughman joined them on stage — he would be taking over for Campbell on guitar.

“TJ’s a crazy guitarist,” says Rudy Pacé, Electric Spoonful frontman. “He can play anything he hears. You try to explain something to him and he’ll get it in two seconds. He comes up with stuff you wouldn’t think of in a million years on the guitar. He’s chill and he fits in perfectly.”

Other set-backs soon faced the band. Job opportunities, life adjustments, and other musical commitments delayed the album’s release even further. Behind the scenes though, they had been drumming up something different: a new ‘spoon era’.

“Spoonful before was mostly just Rudy writing,” says Jesse MacLeod, band drummer. “It’s funny cause now that I’m more of the primary songwriter for the riffs and stuff — and then Rudy and I co write everything, all the lyrics — the songs have taken a new course. They’ve completely reinvigorated the whole sound.”

“Gabe’s the craziest son of a bitch I ever met,” says Pacé. “Playing sets with him, him throwing me off his fucking shoulders from six feet in the air onto the Gus’ Pub floor, the monitors almost coming down and smashing me in the head — that’s just rock and roll baby.”

Bower’s first show with Electric Spoonful was at the Seahorse Tavern on June 6th, 2019, during the ‘Breakin’ Him Mini Tour’. Having Bower on guitar now allows Pacé to further his on-stage frontman theatrics, complete with drunken stunts and audience participation.

“People love to get wild with us,” says C.J. Hill, bassist. “People are right up at the stage, Rudy jumps on people, crowd surfs for more of the set than [he’s] actually on the stage. It’s good to be in this new direction.”

Now, it’s 2020, and the rambunctious rebels are ready to re-emerge onto streaming platforms. Before introducing the world to Spoonful’s new sound, they are releasing ‘Chain Gang’, a dream inspired call for freedom with a heavy southern rock influence.

“I fell asleep listening to a blues playlist on YouTube,” says Pacé. “When I woke up there was this compilation of chain gang music that a professor had recorded around 1919, like early 1920s. It was all super cool, spooky, sad. Crazy music, a lot of it was extremely harsh.”

“I picked up the guitar and probably wrote the song in half an hour.”

‘Chain Gang’ was recorded over the course of five years. Because of this, Campbell and Ploughman can both be heard playing guitar in the song’s solo section.

“We laid Brentley’s solo over TJ’s solo, so they’re playing together”, says Hill. “It’s like him handing over the reigns — handing the chain over — to TJ.”

‘Chain Gang’ will be part of a 10 track album featuring the band’s older material. The album is, in many ways, dedicated to fans who fell in love with Spoonful’s original sound before they unveil the new ‘spoon era’.

The release date for Electric Spoonful’s album is yet to be determined but they promise: it’s coming.