(Halifax, NS) – evenko presents Three Days Grace with special guests Nothing More and Fozzy at Casino New Brunswick in Moncton, Nov. 21 and at the Cunard Centre in Halifax, Nov. 23. Both shows are for all ages.

Three Days Grace, the internationally acclaimed and multi-platinum certified Canadian band with over a billion streams on Spotify, released their new album, Outsider, earlier this year on Music For Nations.

Outsider is the sixth full-length album from the band, and is their latest since 2015’s chart-topping album, Human. “To me, Outsider represents the journey to find your place,” says bass player Brad Walst. “The world feels crazy at times. We try to get away from that every once in a while. We do our own thing, and we’re comfortable doing it. We have always looked forward—and not backwards. That’s an ongoing theme.”

The Mountain also earned the band their 13th #1 on Billboard’s Mainstream Rock Songs chart – tying with the legendary Van Halen who reached this record in 1998.

Outsider feels right at home alongside a catalog of fan favorites from Three Days Grace. Since 2003, the band has staked a spot amongst the hard rock vanguard, breaking records, toppling charts, and moving millions of units worldwide. With their current single “The Mountain,” the band made chart history yet again by besting their previous all-time record for “most #1 singles at US Active Rock Radio ever” now with their 14th number #1. In 2015, Humanmarked the group’s second straight #1 slot on the Billboard Top Hard Rock Albums Chart as well as their fourth consecutive debut in Top 20 of the Top 200. It spawned two #1 singles “Painkiller” and “I Am Machine,” signaling their 13th overall and 5th consecutive number ones on the Active US Rock Radio chart. Moreover, the four-piece consistently averaged a staggering 3.9 million monthly listeners on Spotify – remaining one of the most listened to rock bands in the world.

In 2012, Transit of Venus soared to the Top 5 of the Top 200 and garnered a nod for “Best Rock Album of the Year” at the Juno Awards. The seminal One-X [2006] notched an RIAA triple-platinum certification as Three Days Grace [2003] was minted platinum and Life Starts Now went gold. To date, their veritable arsenal of number one includes “Chalk Outline,” “The High Road,” “Misery Loves My Company,” “World So Cold,” “Good Life,” “Break,” “Never Too Late,” “Animal I Have Become,” “Pain,” “Just Like You,” and “Home.”

Tickets for both the Moncton and Halifax shows are on sale now. 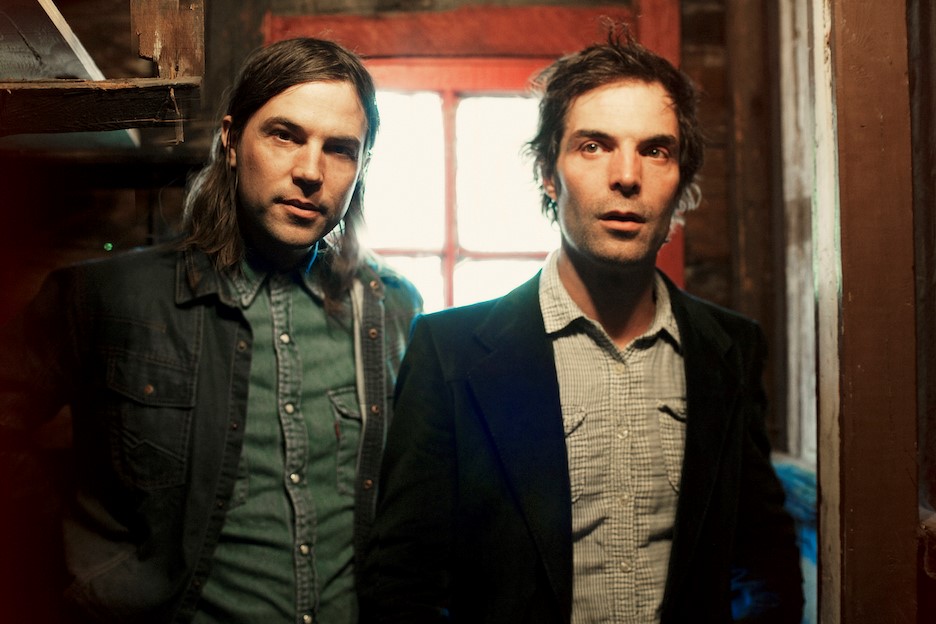 (Halifax, NS) — Multi-JUNO Award nominees The Barr Brothers perform in support of their latest release, Queens of the Breakers (Secret City Records), at the Marquee Ballroom in Halifax on Friday, Nov. 30 and at the Tide and Boar Ballroom in Moncton on Saturday, Dec. 1 at 9 p.m.

To begin their third album, The Barr Brothers weren’t writing any songs. For the first time, the Montreal outfit’s three members – namesake siblings Brad and Andrew Barr, harpist Sarah Pagé – went empty-handed into the studio. No plans or preconceptions, no books of lyrics or sheets of chords – they went down miles of snowy road to a cabin on a frozen lake, a place full of windows and microphones and starlight and sunshine, with amplifiers in the bedrooms, their volumes turned up loud. On the fringes of Saint Zenon, Québec (pop. 1,150), a 30-minute snowmobile ride to the nearest grocery store, the band spent seven days making things up. Improvisations that lasted hours at a time – noons and midnights, dusks and dawns, with grooves inspired by India, West Africa and 808s; by Brad’s scorching electric guitar; and by Pagé’s new inventions, hacks to turn her harp into a versatile, sub-bass-booming noisemaker.

Queens of the Breakers was born at that cabin in the country. Then the band took that racket and distilled it into songs: 11 tracks of blazing courage and failing resolve; suffused with groove, melody and the Barr Brothers’ wide-open sense of the blues. At times the sound’s all twinkling, the score for a lost John Hughes film; at other times it’s whetted, searching, like the stuff of Lhasa de Sela or Led Zeppelin’s III. These are tales of teenagers prowling through Rhode Island mansions (the title track), coming to Montreal and falling in love (“Song That I Heard”), tattered patriotism and clenching fists (“Kompromat”, “Ready for War”). There’s also “Defibrillation”, a mournful letter from a father to his son, inspired by the broken rhythm of a pair of hospital heart monitors – and a drumbeat based on that dither.

It’s this tension, this dither, that lives at the centre of Queens of the Breakers. Three players – friends, comrades, music-makers, all of them trying to play in sync. Three bandmates – each of them fumbling, remembering, trying to invent something together. A band still playing, even occasionally reimagining, their rock’n’roll.

“…Queens of the Breakers holds fast to hope and shows both a continuation and an evolution for one of the most creative bands out there today.” – Paste Magazine 8.7/10

“This is a rich and compelling record that deserves and rewards your close attention.” Exclaim 9/10

Halifax tickets are $27.99 in advance and $32.99 day of show (including tax and service fee) and will be available at the etixnow kiosks in the Halifax Forum (2901 Windsor St) and Music Nova Scotia (2169 Gottingen St) and online at sonicconcerts.com.

Moncton tickets are $28 in advance and $33 day of show (including tax and service fee) and will be available exclusively online at sonicconcerts.com.

PRESENTS:  MILK & BONE AT THE SEAHORSE TAVERN IN HALIFAX, NOV. 22 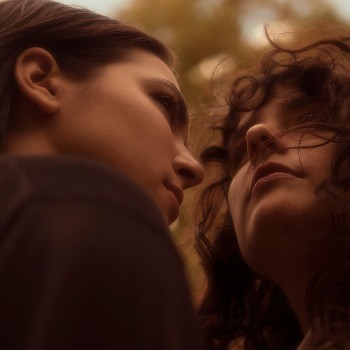 (Halifax, NS) — Montreal’s Milk & Bone will perform in support of their 2018 Polaris Music Prize long-listed album, Deception Bay (Bonsound), at The Seahorse Tavern in Halifax on Thursday, Nov. 22 at 9 p.m.

Released in February, Deception Bay is Milk & Bone’s sophomore effort. The title track sets the tone for the rest of the project, and opens the door for their brilliant latest single, Nevermore.

Just like their 2015 debut, Little Mourning, love and relationships – from every angle – are the cornerstones of these 14 new songs from Milk & Bone. Emotions ran very high on their debut album, and on Deception Bay, Laurence Lafond-Beaulne and Camille Poliquin present themselves in a new light. From innocent crushes (“Daydream,” “KIDS”) to impossible love (“Faded,” “BBBLUE”), they now exude confidence and inner strength.

Produced with longtime collaborator Gabriel Gagnon, Deception Bay was recorded partly at Studios Apollo and La Majeure, and was mixed by Gagnon and Howie Beck (Feist, Charlotte Day Wilson, River Tiber). This new collection of electro-pop songs features numerous collaborations with musicians and producers, including Grammy award-winning pianist Chilly Gonzales, CRi, Max-Antoine Gendron and Jonathan Dauphinais. By pushing Milk & Bone and Gagnon to explore new avenues, each of them helped enrich the group’s soundscape, while maintaining an overall coherence throughout the album.

Milk & Bone’s debut album, Little Mourning (Bonsound), got the attention of The Guardian, NYLON, V Magazine, The Globe and Mail and Interview Magazine, and was long-listed for the 2015 Polaris Music Prize. The single “Pressure” hit 5 million streams on Spotify. The band won the 2015 Society of Composers, Authors and Music Publishers of Canada Breakthrough Award and was nominated at the 2016 JUNO Awards for Breakthrough Group of the Year. They were also nominated at the Canadian Screen Awards for Achievement in Music – Original Song for Podz’ movie King Dave, and the film’s popular theme song, Natalie, has over 4 million streams on Spotify.

“If Deception Bay proves one thing, it is that Milk & Bone is capable of consistency. The intricate musical textures and emotionally-influenced lyrics found throughout the album’s 48 minutes serve to restate that Montreal’s Milk & Bone is a power-synth tour de force.” – Spill Magazine

“But on Deception Bay, Milk & Bone alway manage to reveal something deep or cathartic beneath whatever situation they find themselves surveying.” – Exclaim

Tickets are $22.99 in advance and $27.99 day of show (including tax and service fee) and are available now at the etixnow kiosks in the Halifax Forum (2901 Windsor St) and Music Nova Scotia (2169 Gottingen St) and online at sonicconcerts.com. This show is restricted to ages 19+ with valid ID. Doors open at 8 p.m. Show starts at 9 p.m.