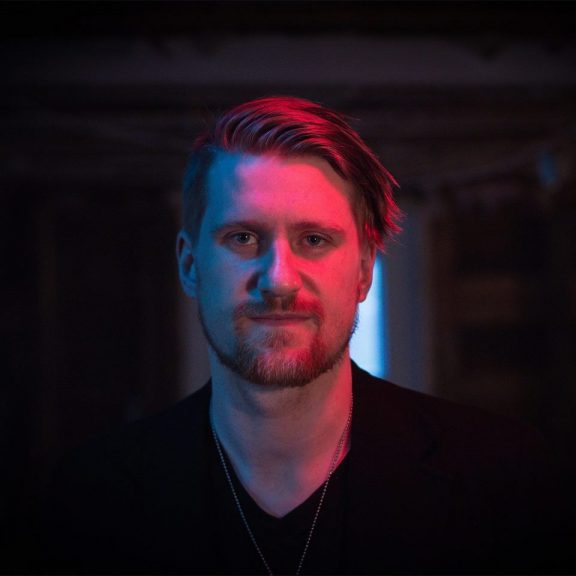 Continuing on with the idea of releasing four videos in four weeks, Taran Guest (better known as Troy Alistair for this musical experience) has come out with his latest song, “Business”. In sitting down and chatting with Taran about his latest group, it was discovered that his need to continually write and perform is what drives this new project.

“I really enjoy the process of starting a new band. I enjoy developing the graphics, photos, videos, and playing with new ideas to launch it. I also love music and songwriting, and I find performing recharges my batter, so to speak”, Guest explained. “Being based in a small city like Halifax means the only way to play a lot (aside from touring) is to play with a few different groups, so you don’t over-saturate the scene”, he closed.

His enjoyment that comes from writing is one that he takes a lot of pride in, but also acknowledges that songs are created by the many and not the one.

“I find writing with a group, you have so many ideas flying around the room, that you end up taking the ones that work and running with them. With Troy Alistair, I’ve been putting lots of time, in advance, to develop the idea thoroughly, then I bring it to the band to work out the kinks”.

With “Business”, Guest and co have created a song that aims to provide a positivity and strength, to those who might be flailing along.

“It definitely has that attitude of back off and let me do my thing (in regards to the single). This song was written from more of a personal stance in regards to having a strong drive, or motivation to get something done while being held back”, said Guest. “Whether that thing holding you back is something physical or mental, it’s all about persisting, and working through the struggles, and doing whatever it takes to get the job done. The key is that everyone has issues, but you can’t let them define who you are or prevent you from doing that which you love. Stay strong, sing this song and power on”, Guest ended.

“Business” is the second of four releases from Troy Alistair. Make sure to follow along all month as we release each video, every Thursday until completed.