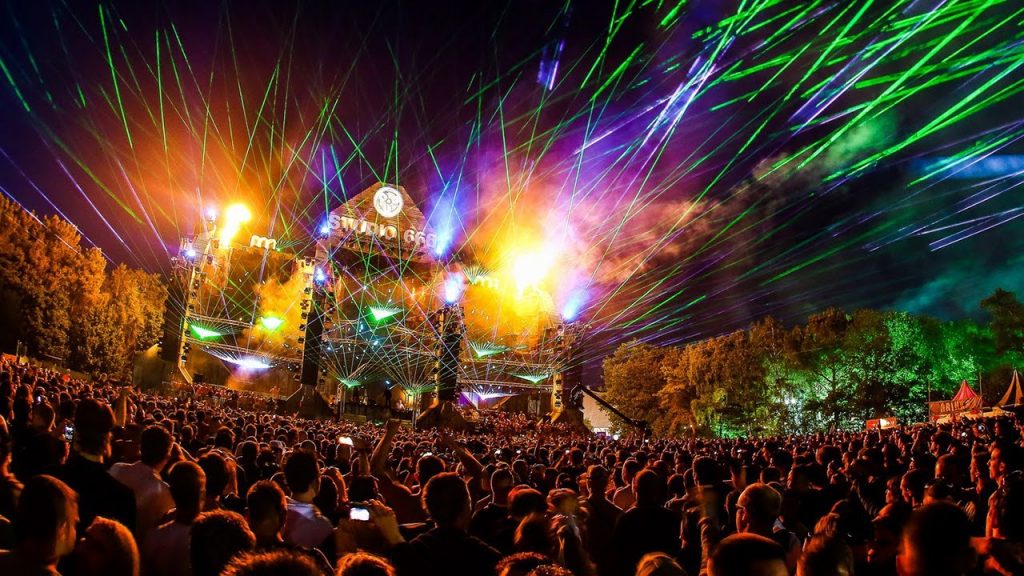 It’s that time of year where the sun shines a little longer and the daily warmth can be felt throughout the evenings. This time of year can only mean one thing: festival season is upon us. With events taking place all across Atlantic Canada, we decided that a guide to some of these events is exactly what the people need.

Of course, this isn’t a list that contains every single music festival, but what we’ve put together is a loaded list of festivals that are definitely worth checking out. If there are any festivals that we do not have listed, please let us know and we will make sure to update accordingly. Where – Various locations throughout PEI

The little East Coast festival that could. The PEI Jazz & Blues Festival may not have the pomp and circumstance that the Halifax Jazz Festival or the Harvest Jazz & Blues Festival do, but do not sleep on the collection of artists that have been assembled. Up and comers Hillsburn, Reeny Smith and Hello Delaware are sure to grab the attention of new fans everywhere, while vets to the scene Christine Campbell and John Campbelljohn help round out the five acts you need to see while on the island. Advertised as a “newfangled stringband hootenanny”, the Full Circle Festival could be the folk, Americana festival that you need. Headlining this year’s festival is the three-piece act The Mae Trio. Calling Australia home, this troupe bring a sweet sense of harmony and melody to an already loaded festival. Willie Stratton, The Barrowdowns and OQO should prove to be the “sure bets” if you’re looking to have a good time. Quite possibly the most fun you’ll have all summer, Folly Fest has a little bit of everything to offer. Whether it’s music, art or craft beer, this festival is set up to support the local scene in every which way. Musically, I don’t even know where to start. Kill Chicago put on the rockiest/best set I’ve seen all year, The Brood have never played a show that wasn’t incredibly skilled and/or entertaining, and Five Alarm Funk will make your body move in ways you couldn’t even imagine.

The festival that feels like home. Taking place in the quiet little community of Canso, Nova Scotia, the Stan Rogers Folk Festival is a collection of some of the best songwriters we have to offer here on the East Coast. Bruce Guthro, J.P. Cormier, Garnet Rogers and Dave Gunning have all been mainstays at this festival for a while now and with good reason. Each have built storied reputations for being able to tell some of the most beautiful tales through song. But with all of the experience aside, this festival also has its share of fresh songwriters. Dave Sampson, Dylan Menzie and Erin Costelo  are all proof that the songwriter torch is sure to burn for years to come.

Where – Everywhere across the country, but let’s chat about Halifax.

Not your typical Canada Day show, this year’s festivities bring EDM icon Deadmau5. I will admit that this is one hell of a get for the city, and should turn Canada Day into the party of the year. Opening for the Canadian DJ are local R&B sensation Reeny Smith and fan favourite Matt Mays. If the outdoor show isn’t up your alley, you can always head on over to The Marquee for two of our favourite acts, The Brood and Adam Baldwin.

When – July 2, and every Sunday until August 6

Beginning on July 2nd and running every Sunday until August 6th, this family-friendly festival is a perfect way to unwind after a busy weekend. Kicking things off with The Barra MacNeils, this festival is brimming with younger acts. Hillsburn, Ben Caplan and The Once all put on entertaining live shows that should not be missed. Also, this festival is FREE! The largest country festival you’ll find on the East Coast of Canada this season, the organizers of this year’s Cavendish Beach Music Festival have put together a star-studded lineup. The Zac Brown Band, Little Big Town, and Kip Moore headline a festival which also brings in local Canadian talent Tim Hicks, Port Cities and Makayla Lynn. One of the biggest festivals that Halifax has to offer, the Halifax Jazz Festival is no stranger to putting together lineups that would best be described as diverse, skilled and jaw-dropping. When news broke that hip-hop/funk/R&B unit Anderson .Paak & The Free Nationals would perform, Halifax was busy picking its collective jaws up off the floor, as that is a huge get. Not to mention a lineup that includes Jo Mersa Marley (grandson of Bob Marley) and Jesse Royal, who are performing during reggae night. Canadian legends Blue Rodeo are playing the main stage alongside Ron Sexsmith, too. This fest has a little something for everyone. Two years removed from Antigonish, NS, and a reputation of nothing more than a drug-fueled weekend, the Evolve festival has done a fantastic job of cleaning up its image while focusing the attention back on to the music. Sam Roberts, Xavier Rudd, and Arrested Development headline a lineup worthy of all of the swoon you can muster. Fuzzed out psychedelic rockers Walrus are as hot as any act on the East Coast right now, and local legend Rich Aucoin puts on a live show many would only dream of being able to pull off. I’m sure this will come out again at some point during the festival run down, but this could very well be the festival of the year. Now in its seventh year, the Smokin’ Blues Fest is the blues festival that we all need and should all want. Featuring a wall of guitarists who are known for their ability to write a song as much as being able to shred like no others, this year’s ensemble is unfortunately the best kept secret. The Carson Downey Band, Christine Campbell, Charlie A’Court, and the Kendra Gale Band are all absurd musicians that will blow you away. Metal Heads unite for the weekend for this headbangers ball. Screeching, face-melting guitar solos that are blasted over bass lines to bust your ear drums. An action-packed weekend that involves all ages shows galore, as well as BYOB for the older crowd. Festival veterans Black Moor, Orchid’s Curse, and Hitman are my recommended shows to see. My ace in the hole has to be Cape Breton’s Keith Doom and the Wrecking Crew. With a name like that, how can you not rage.

Each and every year, Sackville, New Brunswick plays host to one of the largest collections of songwriters the East Coast has to offer. This collection, better known as Sappyfest, is a celebration of both music and the arts. Take a quick scan of the past performers section on the website, and you can’t help but be impressed with the names that have graced the stage of this festival over the years. With the likes of Jon McKiel, Eamon McGrath, and one of the most fun acts you’ll see all year, Partner, this year’s organizers have once again put together a festival worth talking about. With one of the best rock lineups you’ll find all festival season, the 2017 edition of the New Glasgow Jubilee is shaping up to be one fun weekend. On Friday night,  Andre Pettipas and The Giants are the new kids on the block, but are more than worthy of taking to the stage at Jubilee. Sunday night brings fan favourites Alan Doyle and Matt Anderson to the stage, but it’s Saturday that is going to be the night of the festival. Matt Mays, Wintersleep and The Town Heroes (3 of the best rock acts you’ll find) are going to turn the sleepy little town of New Glasgow upside down. Each one of these acts, alone, put on shows that are worth your time seeing.  Having the ability to see all three on the same night is simply mind-melting.

Quite possibly the festival I’m most excited about, AREA 506 has assembled the most Canadian of lineups for the 2017 festival season. Tegan and Sara, The Strumbellas, and STARS are all electrifying while on stage, but the sneaky set, not to miss, is going to come from long-time jam band Grand Theft Bus. Start making your way through Moncton, keep on heading past Fredericton, and just when you think that the next place you will find is Edmundston, you’ll land upon a quiet little community called Perth-Andover, home to the Larlee Creek Hullabaloo. This sleepy little town boasts a star-studded lineup for their 2017 Hullabaloo. Pretty Archie are sure to get the crowd moving with their hoedown jamboree flavour, leaving Ria Mae and The Wooden Sky with the easy task of keeping the party going. This festival is also camper friendly! In conjunction with a pile of non-musical events around the town, the Lunenburg Folk Harbour Festival has a great lineup, starting with longtime East Coast darling Heather Rankin. Fiddler Ashley MacIsaac has found his way back to the spotlight and will no doubt delight all on hand, while storytellers Lennie Gallant and David Myles are always a sure bet. I will admit that this was a festival I wasn’t aware of, but after taking the time to dig into the lineup, I will say that I might have to make my way to Harvey, NB.  Slowcoaster and Three Sheet are worthy of any road trip within the Maritimes, but it’s Jinx The Cat who I’m really interested in seeing. This New Brunswick-based jam band has been on my radar since I last saw them (maybe in 2015), and are well worth making the trek for. Groundswell Music has spent the past few years positioning themselves as one of the top destinations for East Coast acts looking for management who pushes for their acts to succeed. Taking things into their own hands, Groundswell brings you The Black Top Ball. Over the course of this August weekend, you could find yourself at one of the biggest parties of the year, thanks to the always entertaining Roxy & The Underground Soul Sound, Rain Over St. Ambrose, and the talented Christine Campbell.  Did I mention that there are two more acts are being announced this Thursday (June 22nd), so keep an eye on all applicable social media platforms.

After a brief one year hiatus, the Halifax Urban Folk Festival (better known as HUFF) returns with a lineup busting at the seams with acts you have to see. John K Samson, front man to Canadian group The Weakerthans, is one of the most interesting songwriters our country has produced. Leif Vollebekk is  the artist you should all know, don’t and should be disappointed by that thought (seriously, go watch this set.  It might be the most beautiful set you’ll see all year), and Hillsburn might be the next East Coast band to breakout into the mainstream.

What – Harvest Jazz and Blues Fest Arguably the most loaded of festivals you’ll find on the East Coast this year, Harvest has amassed a lineup worthy of all the praise. Trey Anastasio (front man from the band Phish) is sure to delight with his brand of jammy-blues-rock, while Canadian icons Colin James, Bruce Cockburn, and Sloan will please the rock n roll beast in all of us.  Legendary songwriter Steve Earle and Steven Page help to round out the festival’s headliners for 2017. I’ve had the pleasure of attending this festival, and have to say that the layout throughout the city of Fredericton is absolutely fantastic, and the atmosphere during the week is second to none. This is a festival not to miss!