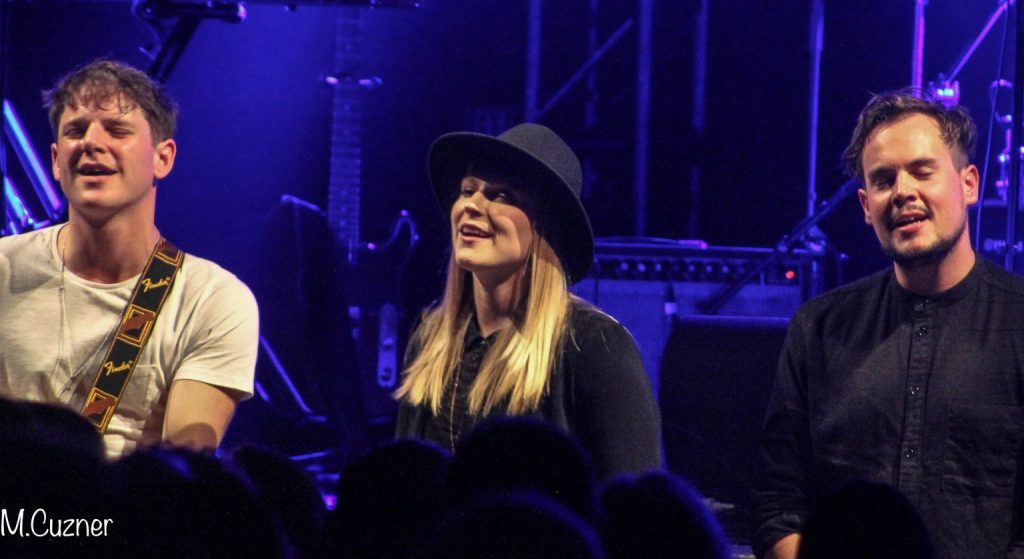 With a long weekend coming upon us, and warm weather shining down through the week, what better way to kick off Easter festivities than spending the night with East Coast darlings Port Cities. As the trio donned the stage towards the end of their long, globe-spanning tour, the near sold-out Schooner Room patrons erupted in excitement. Though the album was released in February, the Halifax crowd was eagerly anticipating the trio’s return for the show in support of it. The last time Haligonians had the chance to see them was during their run of pop-up shows around the HRM, including the NSCC waterfront campus and Taz Records. The crowd filled up on drinks, wandered into the ballroom, and sat on the edge of their seats as Port Cities took the stage.

With the material they have amassed over the years from their previous careers, and the songs on their self-titled debut, the trio needed no opener, kicking the show off with an a capella preamble to give those in attendance a taste of the harmonies they were in for. They followed up by immediately kicking it up a notch into one of their heavier tunes “Where Have You Been”. Carleton Stone danced around the stage, checking in on his bandmates Dylan Guthro on guitars, and Breagh MacKinnon on the keys, with nothing but smiles shared between them. Stone addressed the audience with a tongue-in-cheek “We’ll keep things light early on. This song is about adultery.” They barrelled into “On the Nights You Stay Home” with the whole band showing off more of those exquisite harmonies we’ve all come to love. Toes tapped and heads nodded as the band strutted their stuff on “Half the Way”, “Burn that Bridge”, “Body and Soul” and “In the Dark”, all from their well-received album.

Their drummer Brian Talbot and bass player Mike Ouellette then left the stage for a couple of jams, and let the band’s voices do the talking, or in this case singing (don’t laugh at that). Breagh then addressed the upcoming song by stating “This is a song about growing up, and realizing that some of the things didn’t pan out as planned”. The air was then filled with her angelic voice as she sang that “All I ever wanted to be/Was an Astronaut.” A love affair started then for Gordie Sampson. The group was introduced during his Songwriters camp that he puts on every year. They spoke of the influence that he’s had on Cape Breton artists, and the influence that he has in the Nashville music scene with his incredible songwriting abilities. “Wheels” is a song Gordie wrote for another artist, but Port Cities took it upon themselves to make it their own.

Dylan Guthro then got to strut his stuff with his own R&B inspired “Dance On Me.” Who would have known that this folk trio could span so many genres, and do them all so perfectly. Port Cities then filled the rest of their set with songs from the album, from their Rose Cousins co-written “Sad Song disguised as a Happy Song”, to “The Out”, to a song inspired by their travels in an exchange program, “How To Lose You”, they had no trouble pleasing every set of ears in the crowd. They went through folk, rock, pop, and some funky infusions. They finished strong with the single “Back to the Bottom,” followed by “Don’t Say You Love Me.” Their last song, “How to Break a Heart”, coated in their signature harmonies, delighted the crowd and left them all wanting more.

The trio then took to the front of the stage, ditching the mics and relying on their own raw talent. It’s a bet I’m willing to take that they would be utterly flawless without the help of any electronic equipment. Carleton with his acoustic guitar, and Breagh and Dylan with just their voices, the melody wowed the crowd with “The Idea Of You.” Their voices filled a jam-packed room and left the crowd with their jaws agape. They closed the show with a serene and heartwarming rendition of “Only an Island”, to the concertgoers’ pleasure.

Port Cities is a band for everyone. If you’re a music fan, you can find something in their sound that caters to you. From harmonies that rival the Eagles, to lyrical prowess that dictates feelings of love, loss, heartbreak, and joy, these singer-songwriters have the power to carry on a long career with what I hope is nothing but massive amounts of success. 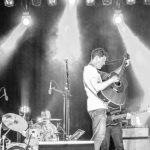 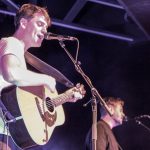 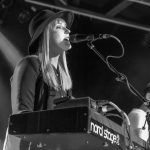 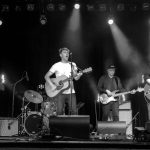 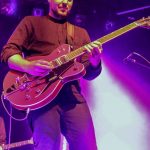 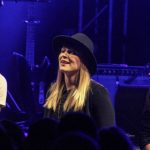 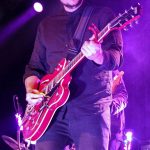