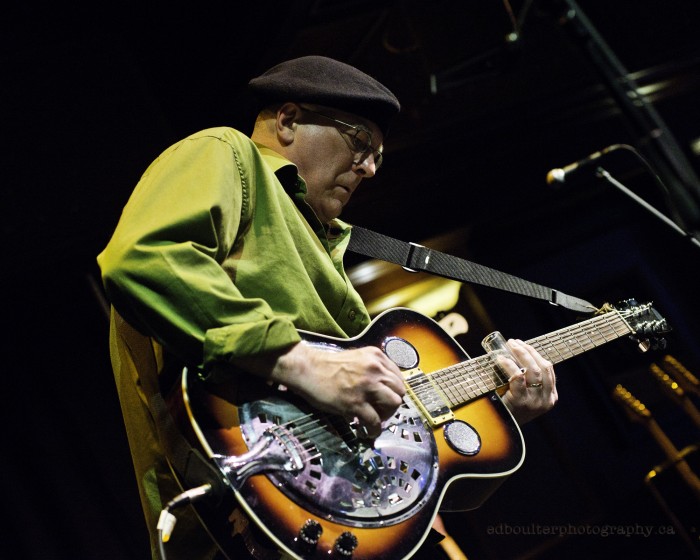 Friday nights have become an event not to be missed, thanks to a partnership between Casino NS and the great folks over at Music Nova Scotia.  We get the opportunity to experience and discover some of the best music the East Coast has to offer.  On any given Friday you can find yourself kicking back with the soulful sounds of Roxy & The Underground Sound or tearing the roof off of the casino with Willie Stratton & The Boarding Party.  No matter what your jam, you’re sure to find at least one Friday a month to be interesting, so do yourself a favour and go. This past Friday night had the Kevin Fletcher Blues Band opening the show.   This foursome did a good job of kicking off the evening; led by the smokey vocals of singer/guitarist Kevin Fletcher, this quartet blues’d their way through 45 minutes of up-beat, sax filled jams. Stopping only briefly along the way for a chance to slide in a few sultry blues tunes, the set had a good energy and had the people bouncing in their seats.

Fletcher’s guitar skills were on display as he easily picked his way from song to song while keeping his solos down to a respectable amount of time.  I’ve been to one too many blues shows where the lead guitarist knows how good he is and spends the entire set attempting to show off for the crowd.  With Fletcher, there was no such issue. The main act of the evening, and the reason for the blues event, was East Coast blues giant, John Campbelljohn.  If you haven’t had the chance to witness John Campbelljohn’s mastery of the blues, you are doing yourself a great disservice.  He spent a solid two sets picking and sliding through an array of tunes (Campbelljohn can play with the best of them, but his slide guitar work is on its own level), and it became evident early on that John Campbelljohn doesn’t just play the guitar as much as use the instrument as an extension of his very being.  His guitar work is interesting, precise yet fluid all at the same time and he plays with an ease that most people would consider the same as breathing.

The set was a deft hybrid of newer material with a healthy dose of his earlier work. John Campbelljohn entertained from start to finish, and held nothing back as he not only played the music from his albums, but also put on a performance for everyone in attendance.  Bouncing from side to side with his trademark beret, it was evident that Campbelljohn oozes with appreciation for being able to live his life in the world of music.

All pictures were taken by photographer Ed Boulter.  You can check all of Ed’s photography over on his website.