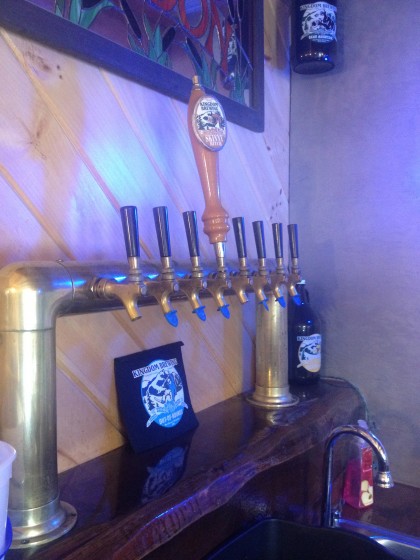 While Gillian explored Portland ME with her parents, I had the pleasure of driving from Portland to Montreal. My route took me through some seriously stunning views of New England, especially once I got into the White Mountain National Forest in New Hampshire. I also knew it was taking me through some serious craft beer territory, so I was on a mission to discover a new brewery or two. 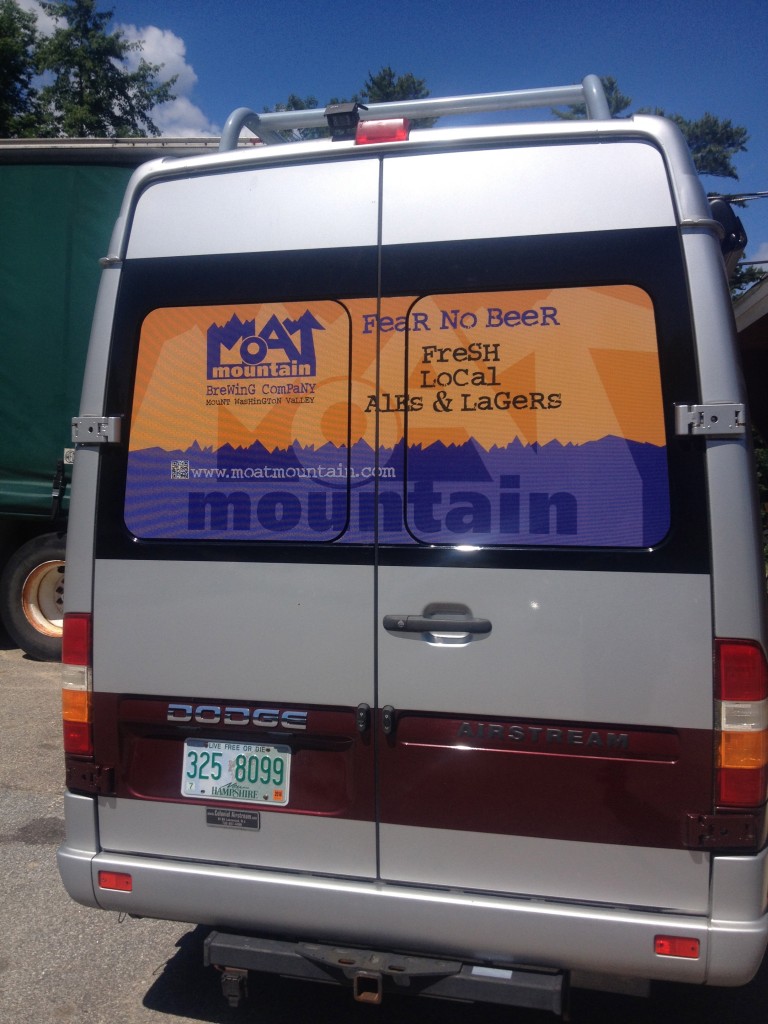 My first opportunity came in Conway NH. I saw a sign for Moat Mountain Brewery at the next left. Unfortunately, I was there 30 minutes before it was opening, and was on a bit of a time crunch. I powered through to Lyndonville VT where I was hoping to stop in to Covered Bridge Brewing or Trout River brewpub. Again, I was there over an hour before they were opening and continued on empty handed.

My return trip turned out to be much more fruitful. Almost as soon I crossed back into Vermont from Quebec I got off the I-91 at Newport. Newport is a very cute little town with a waterfront view of sailboats. I passed through and continued into the country for about 10 miles until I arrived at Kingdom Brewery. 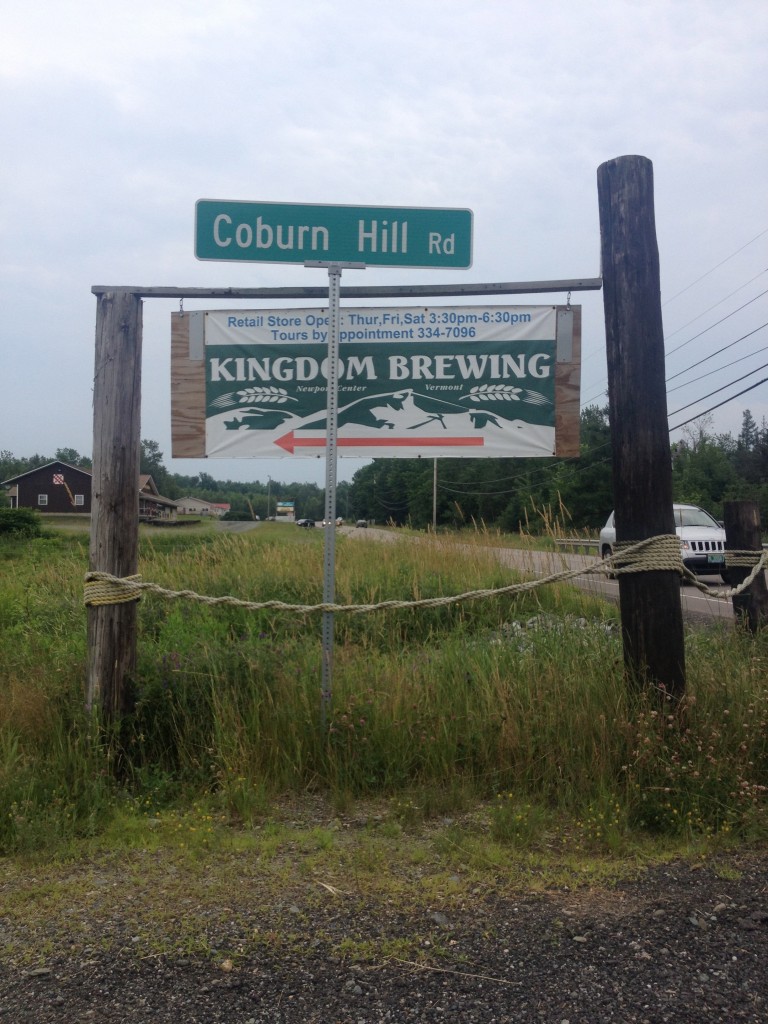 My heart sank when I saw the sign saying the brewery wasn’t open on the day I was there. However, this is an on-farm brewery, similar to Big Spruce or Meander River, which means that the owners likely live here, so chances are the brewery is never truly closed. 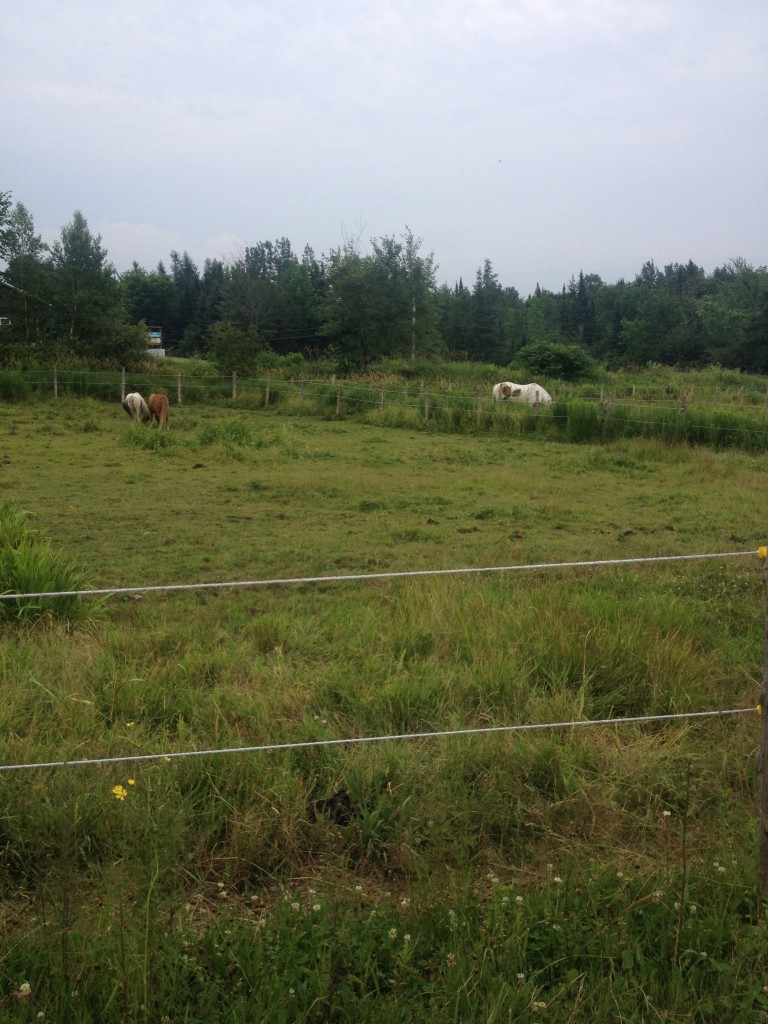 I drove up the dirt road between the pastures for horses and cows until I was greeted by a big (and very loud) hound tearing out of the brewery. Sure enough, this warned her owner, Jennifer, and she also came out to greet me. 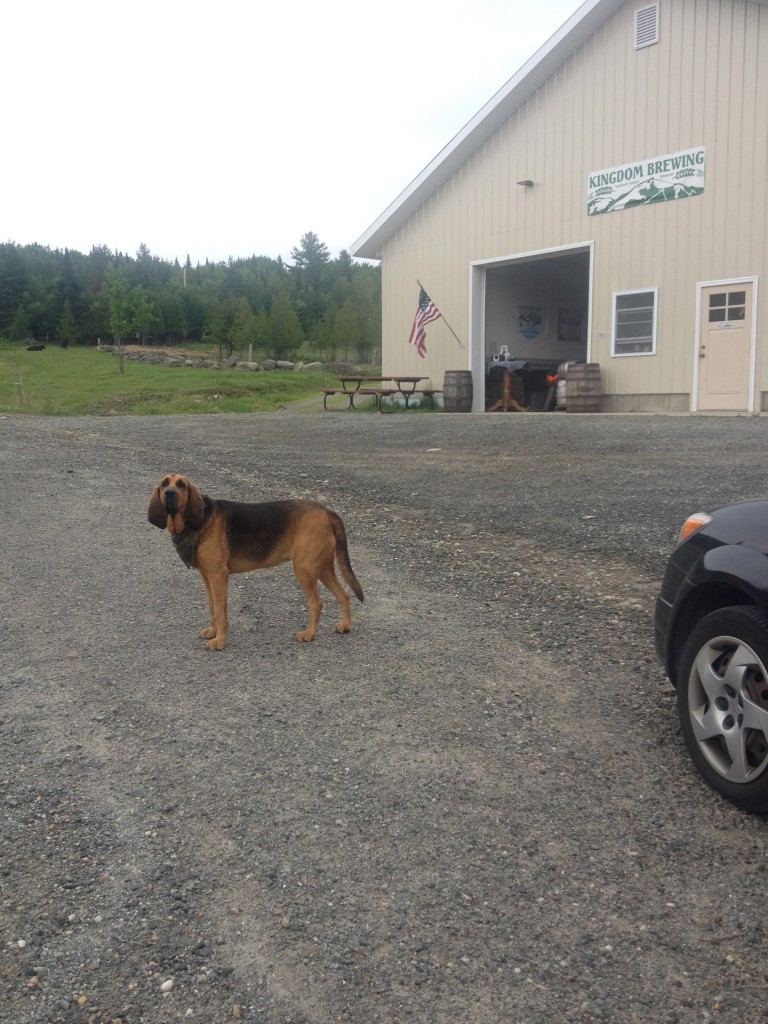 Jennifer co-owns Kingdom Brewery with her husband Brian. Kingom (named after the local region – the Northeast Kingdom) opened three years ago. Brian has been homebrewing since high school and Jennifer began brewing eight years ago. They both come up with the recipes, with Brian doing the bulk of the actual brewing and Jennifer managing the operations. 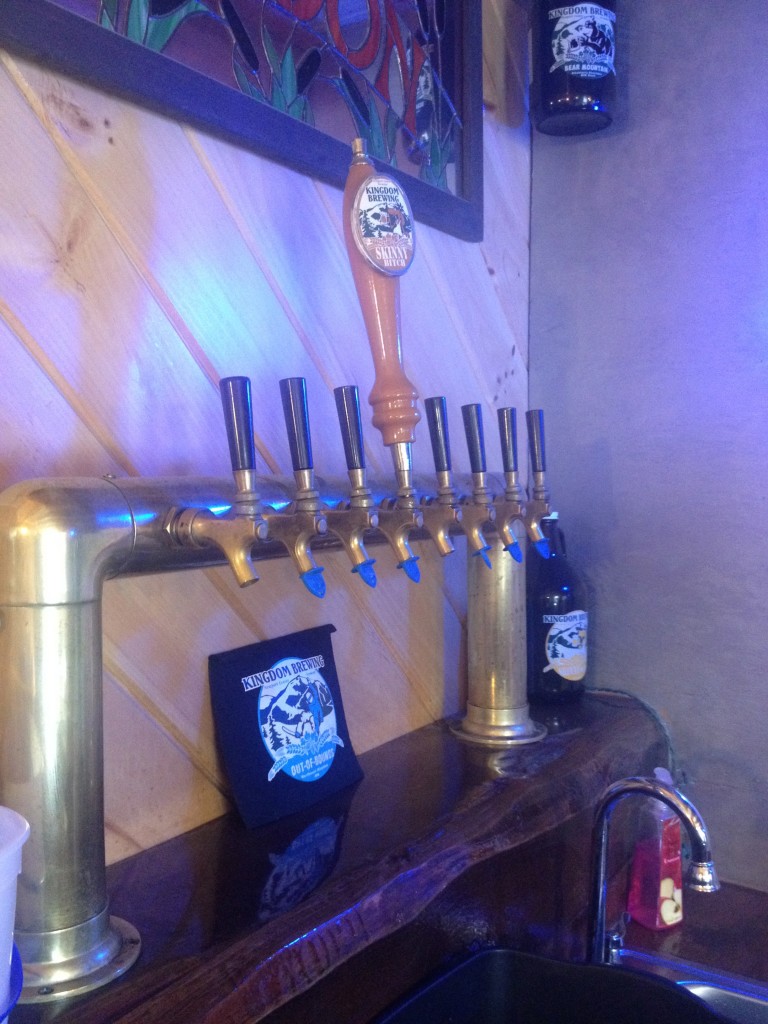 It was clear that Kingdom is very community-minded. Not only are they named for the community, but they’re committed to creating great beer that is affordable. Their growlers are a $6 deposit, with fills ranging from $7 for their more commercial beers like the Round Barn Red to $10 for their more specialty brews like their Out of Bounds Double IPA. They barter with neighbours for homegrown ingredients for brews, such as their upcoming pumpkin ale. 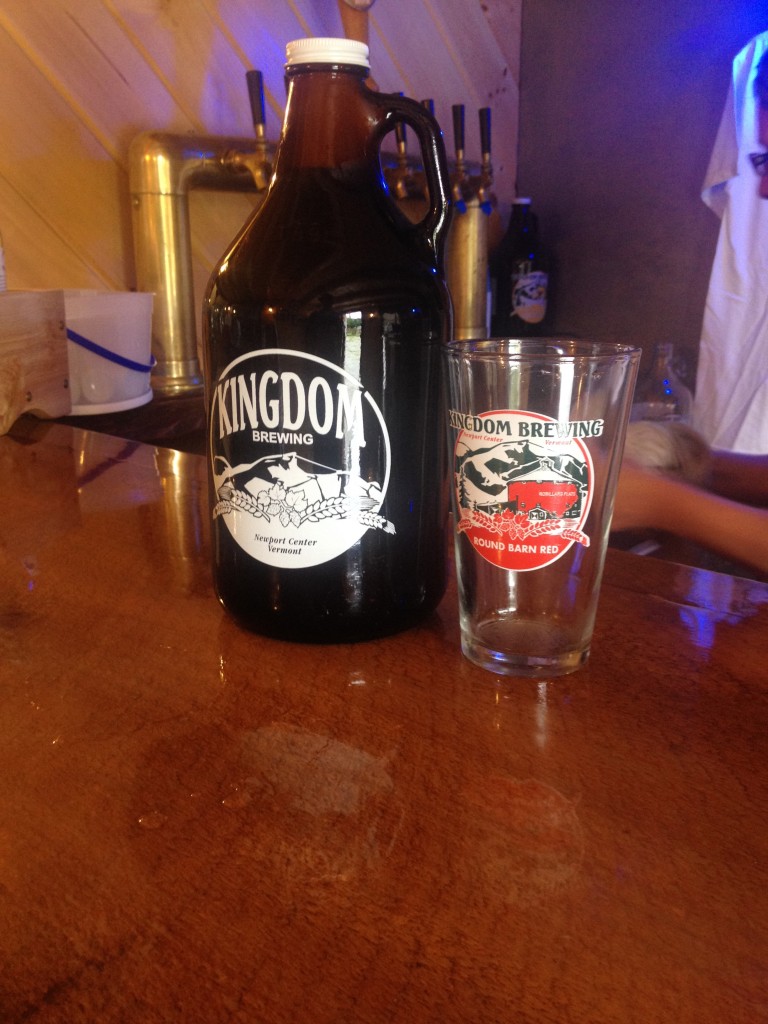 I tasted a few of their selection, and was pleasantly surprised by the Cha Cha, a lemon/lime infused pale ale. I also enjoyed the Out of Bounds Double IPA enough to leave with a growler of it. It’s dry-hopped with a medley of hop varietals, with Chinook coming through the strongest. There was another brew I was interested in trying, Skinny Bitch, that changes depending on what local ingredients are available at the time. Skinny Bitch is named after their dog, who they say is a skinny bitch. It’s a light amber ale (low on ABV at 3.1%) and the current batch was made with fresh cherries. It’ll be a good excuse to come back.