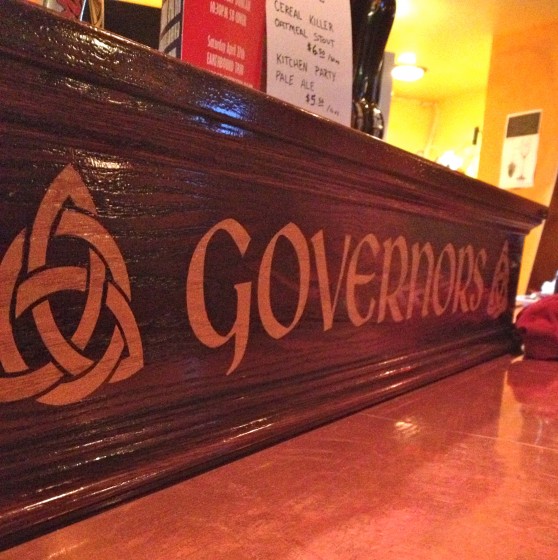 In Nova Scotia, we are known for our kitchen parties. In my experience, those kitchen parties most often happen in someone’s home – a gathering of friends, a bevvy of drinks and before you know it musical instruments appear seemingly out of nowhere. And while commercials and portrayals of Nova Scotia culture have told me otherwise, I rarely find a true kitchen party in our bars or pubs.

That is, until last month when I visited Governor’s Pub (@GovernorsPub) in Sydney. It was a Wednesday night – not a Friday or Saturday – which I think is important to note. I had heard that they had Big Spruce on tap, so I was expecting a quiet pub night with a great glass of beer. 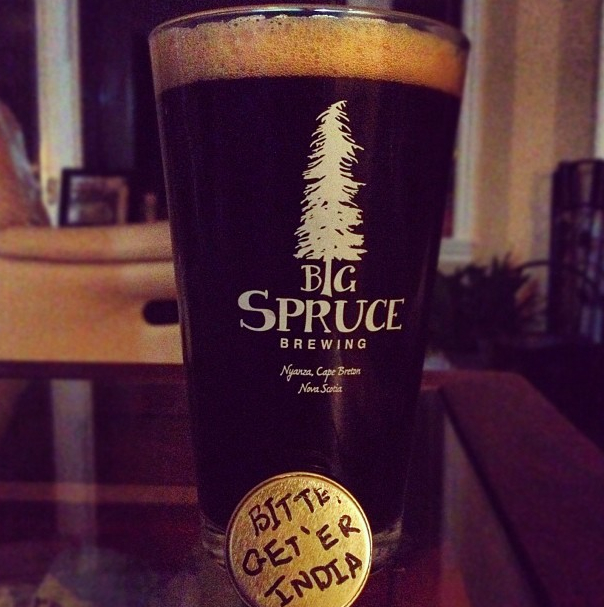 We made a reservation for two, ran into a past acquaintance on the way there making us a party of three, but by the time the night was over we had 10 new friends at our table and 12 musicians playing a slew of instruments in front of us.

Governor’s Pub is located in downtown Sydney right along the main strip. It has two levels with two different menus. The downstairs area serves up gourmet food in a stylish but comfortable space. Upstairs is a full-fledge Irish pub with a dark wood bar, local beer on tap, and Irish mementos filling the space. 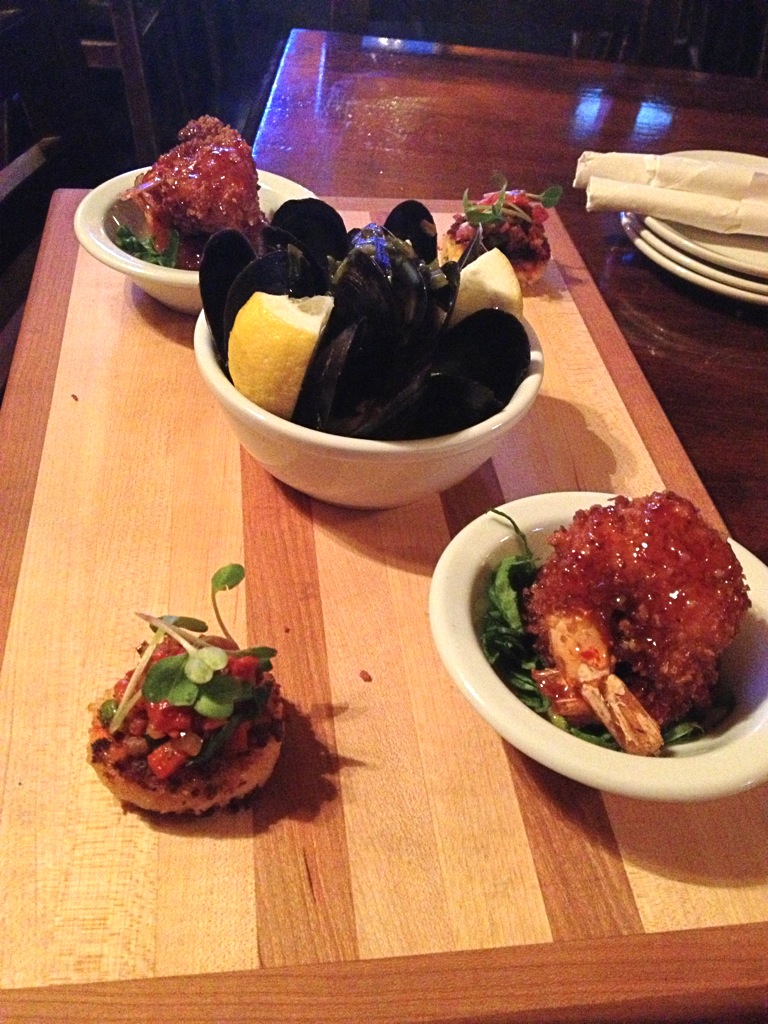 Usually when I visit a bar I expect the food to be…well, not bad but that greasy kind of good. Deep fried and far from gourmet. What we got at Governor’s was a slew of local produce from around the province artfully prepared and presented. We tried options from both the upstairs and downstairs menus, everything from charred Halibut to pulled pork to award winning cold water shrimp caught a mere 30 minutes away near Louisbourg. We dined to our hearts’ delight, and paired it all with Cape Breton’s new organic ale from Big Spruce (Kitchen Party for me, Cereal Killer for Drew). 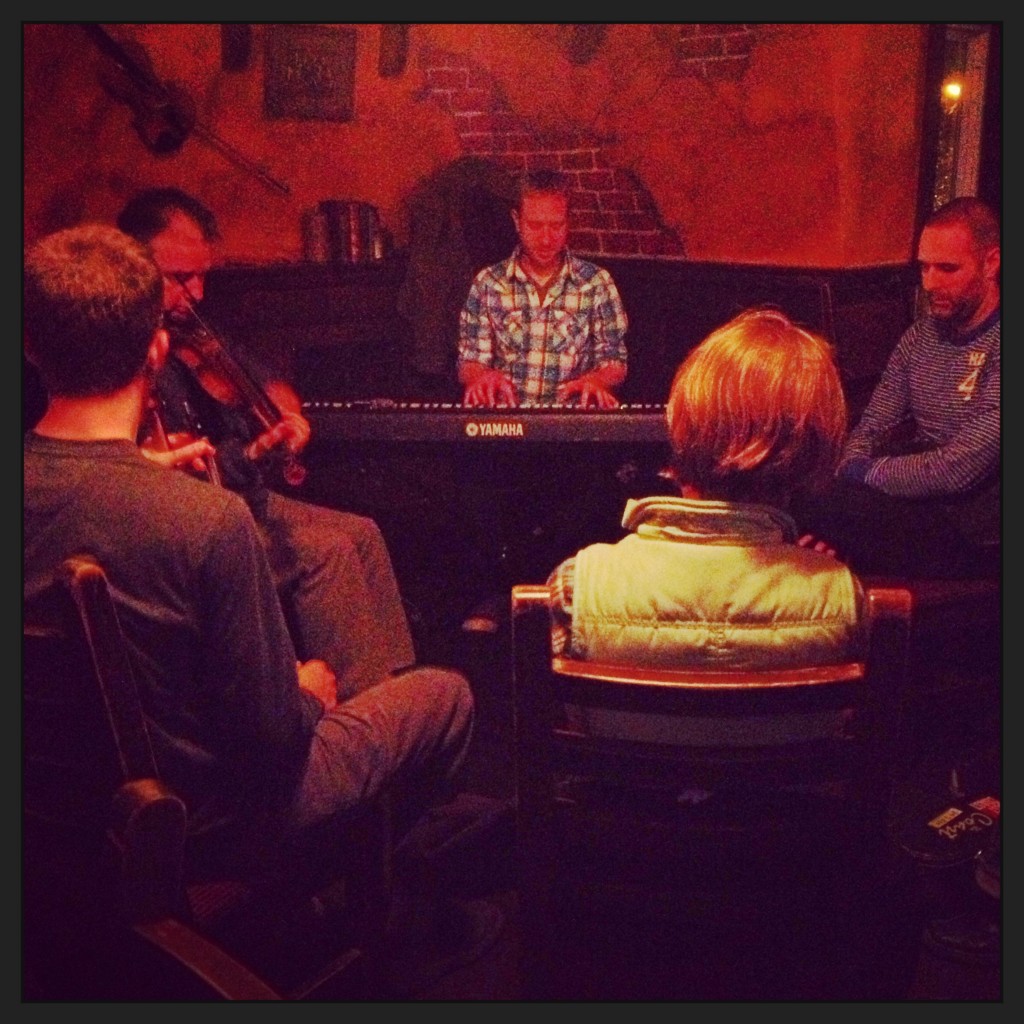 There is live music every night of the week during the summer, and most nights year round. Wednesday nights is Governor’s equivalent to an open mic, a celtic songwriters circle of musicians from all experience levels. A twitter friend of ours from Parks Canada (@AdamCDYoung) kicked off the music with two other musicians but before we knew it there were 5 fiddles, 3 guitars, two flutes, keys and pipes. They all sat in a large circle feeding off each other building momentum until it was impossible not to move along with the music.

It was a true party, and it only got better as the evening progressed. Julie, our guide from our afternoon trip to Louisbourg showed up with a few others who became fast friends. We talked about our travels, about the breathtaking beauty of Cape Breton, and how we all came to find ourselves in our beautiful little province of Nova Scotia.

The man behind this party is Ardon Mofford. After tasting his food, it came as little surprise to find out that he comes from a family of chefs. In fact, Ardon grew up in a hotel in St. Peters, Cape Breton, living in room number 7 from 1975 – 1982. His parents, chef Ardon senior & Michaeleen Mofford owned the inn until 2008, and Ardon began learning the trade from them at a young age. With a whole lifetime in the hospitality industry Ardon, opened his first bar at 21. In 1990, he successfully challenged his Red Seal, and joined Governor’s soon after in 1992. 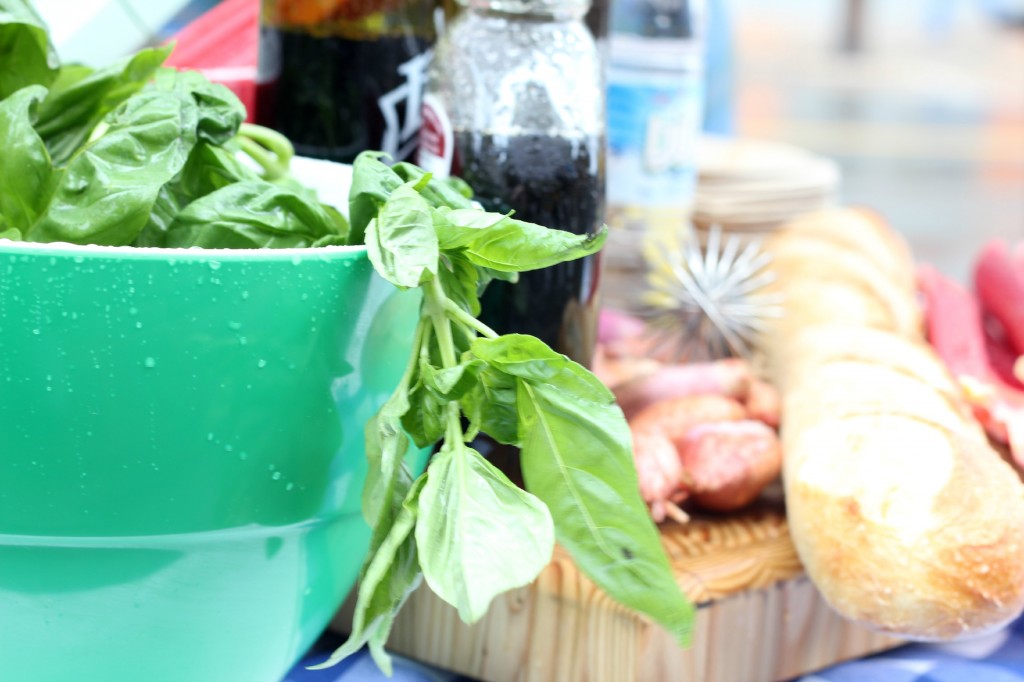 Today, Ardon fuses culinary skills learned around the world with fresh, local cuisine. The ocean imparts heavy influence on their menu, with fresh seafood delights delivered from the sea to their door daily. They source the rest of their menu from Cape Breton first, Atlantic Canada second, Canada third.

The restaurant didn’t always focus on local, but Ardon describes the switch as addictive. After he started spending more time at the markets, meeting the farmers, tasting the quality difference and hearing the customer feedback there was no turning back. 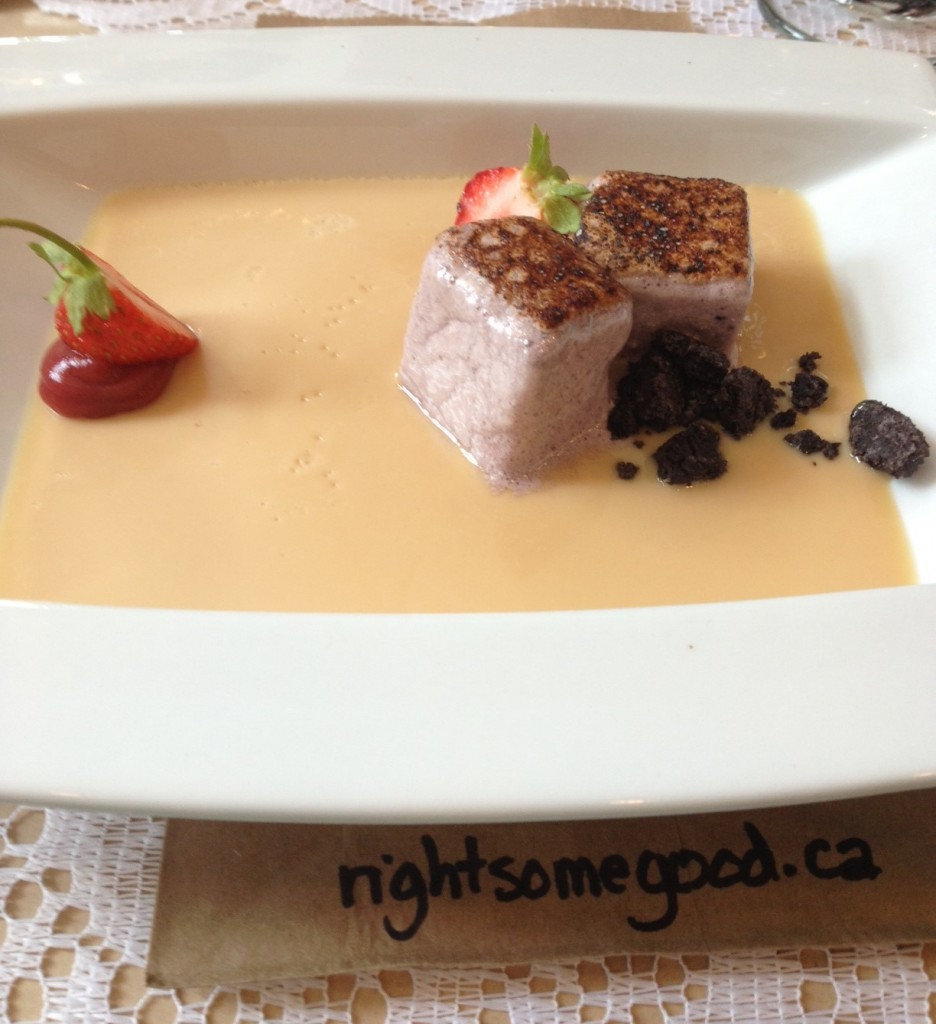 In addition to his work at Governor’s Pub (and their subsequent catering business), he is one of the driving forces behind Right Some Good, a nine day culinary event that brings Michelin Star chefs from around the world to sites all around the island for workshops, events and competitions, a veritable culinary Olympics. Between the food, music and new friends I didn’t want to leave. Governor’s is a definite must if you are visiting Sydney.