It’s been half a decade since the last time I went to the East Coast Music Week (ECMW).  This year, ECMW is back in Halifax for five days of shows, songwriters’ circles, seminars, networking, parties and after-parties.  ECMW, and in particular the Export Buyers Showcase, are a shining example of how the East Coast Music Association looks after its members.  This showcase is designed to help homegrown talent connect with producers, talent scouts and other industry folks from around the world.

The showcase is one of many amazing line-ups you’ll see during ECMW.  Rose Cousins kicked off the event.  Rose is a Halifax folk treasure.  Thanks to the East Coast Music Awards (taking place this year on March 10), one of her songs will be on Grey’s Anatomy next week, something Rose says is a longtime dream.

After Rose came Ennis, a three-piece group from Newfoundland.  Their songs draw on themes from their upbringing and the people they have met over the years.  I particularly liked their song “The Fortunate Ones” which discusses the collapse of the cod fishery in Newfoundland, working away, and visits home to see the ‘fortunate ones’ able to make a living there. 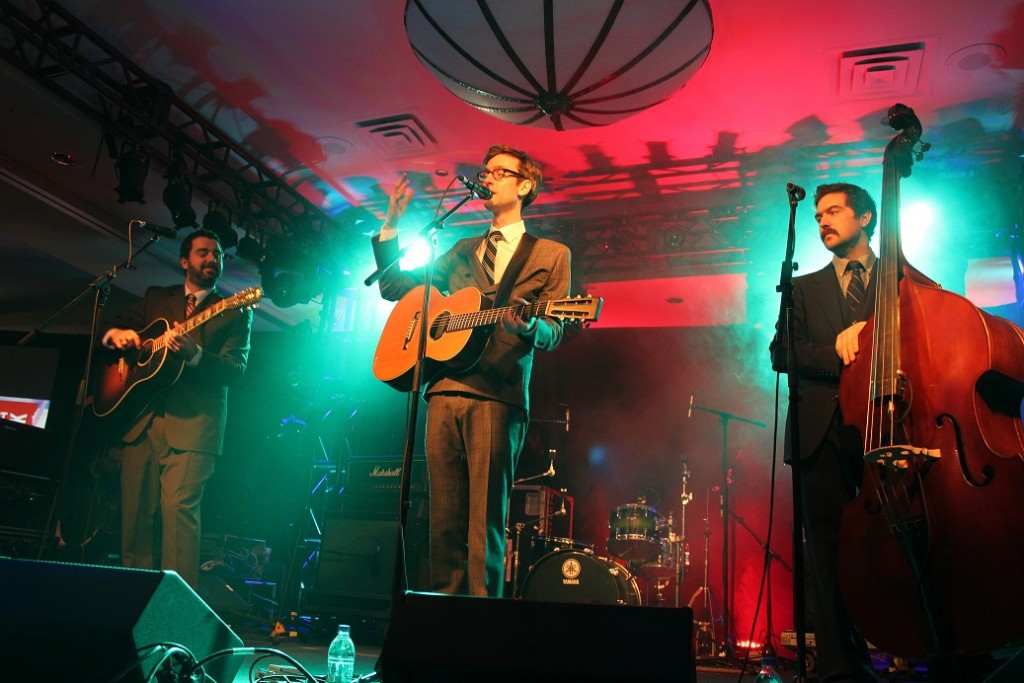 David Myles took the stage next, a sharp-dressed, eclectic-styled crooner from New Brunswick.  His set was high energy and mixed with quirky humour.  Then came Jenn Grant, a soothing chanteuse from Nova Scotia.  She offered up a relaxing, mellow performance, the perfect contrast to Myles’ folk-meets-Doo-Wopset.

The event ended on a high note with powerful sets from Backyard Devils and Ben Caplan.  Caplan is hands down one of the most energetic and exciting performers that either I or Gillian have had the chance to see.  We enjoyed it so much that we are going to see him again tonight at his Casino Nova Scotia performance.

My old roommate and groomsman Steven Bowers used to host an open mic with Rose Cousins at the Tickle Trunk 15 years ago, and she sang on his first album, “In Theory”.  I used to teach with a guy named Kyle, who told me stories of jamming with David Myles in residence back when they went to Mount Allison University together. Jenn and I had a random three hour conversation on Citadel Hill years before she took off as a musician, and Ben is the former roommate of my friend JuliaFeltham.

Julia is also an accomplished musician.  Together they established what may be the most legendary open mic in the city.  It takes place in their living room in the North End of Halifax every Monday night, and has never skipped a week since it started a few years ago.  It’s in that living room where Ben refined the style that has sky rocketed him into an East Coast superstar, among the supportive eyes of many East Coast musicians and music supporters.

To me, that’s what East Coast Music Week is about.  Beyond an incredible critical mass of superb musicians, it is the coming together of friends, old and new, a representation of some of the best music in the world (this is not an unqualified statement or hyperbole) and one helluva party.