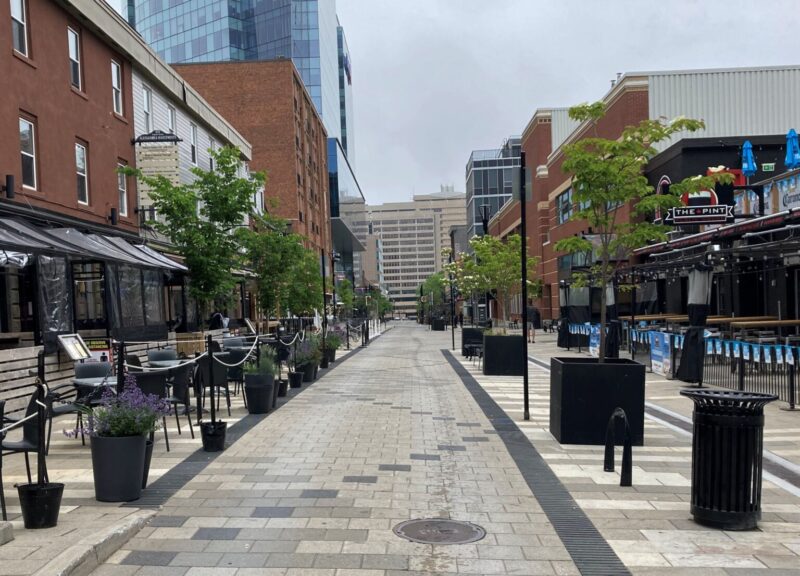 My last post revealed that sections of Halifax have changed so totally and quickly that they no longer feel like the city where I’ve spent my whole long life. This edition continues on that theme, plus some good old adventures in noticing.

In late October we spent an overnight downtown as part of Sheila’s birthday celebration. This was a situation where we were actually trying to conjure up the feeling of being somewhere else: staying in a nice hotel, cocktails downstairs at the bar. Meeting the weathervane on the old Trade and Convention Centre face to face helped the “somewhere else illusion.” It has never looked that good from ground level. 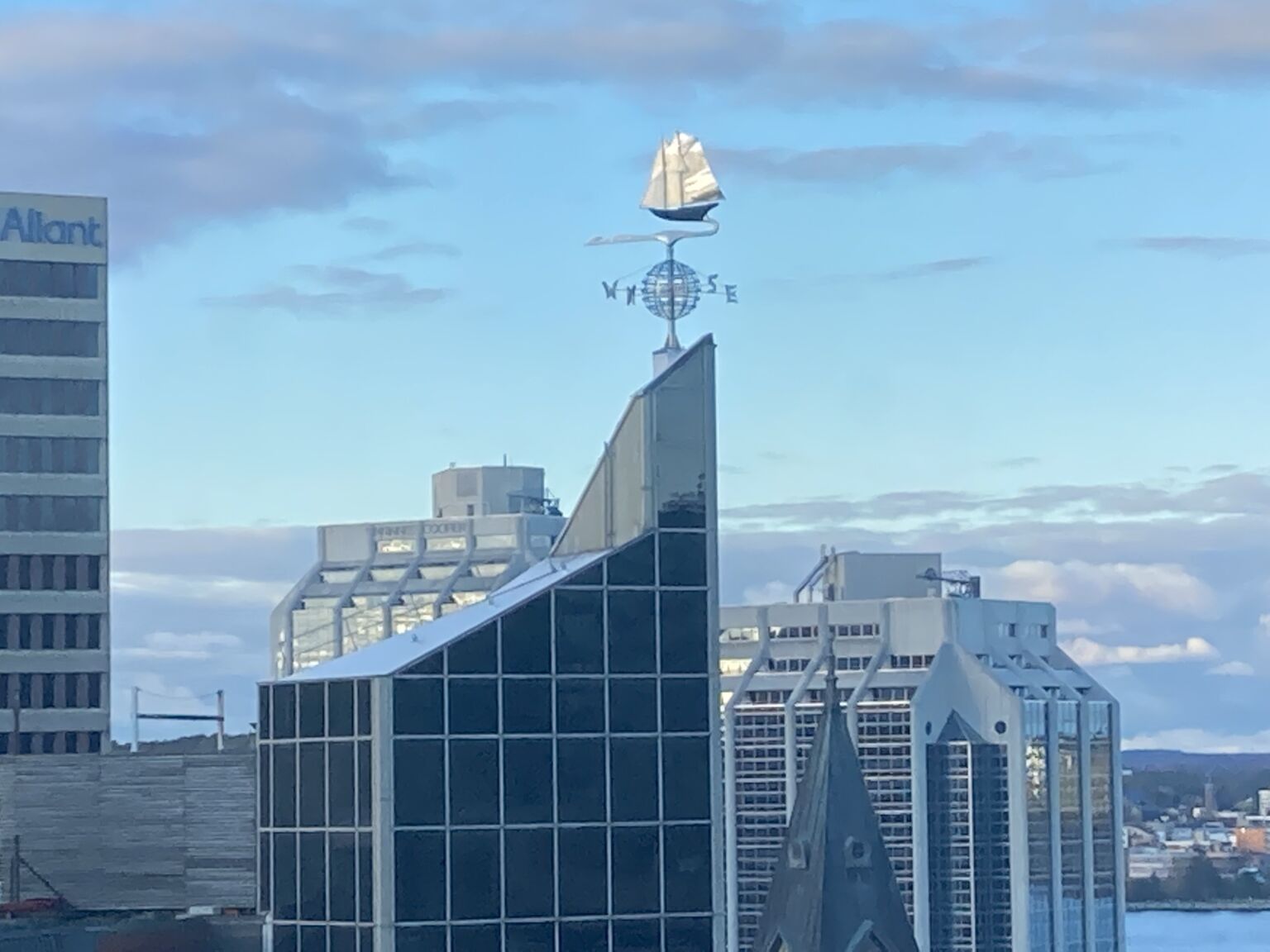 The tasting menu at Hopscotch Club was also beautiful, and tasty too. Yes, those are cucamelons on the raw scallops. 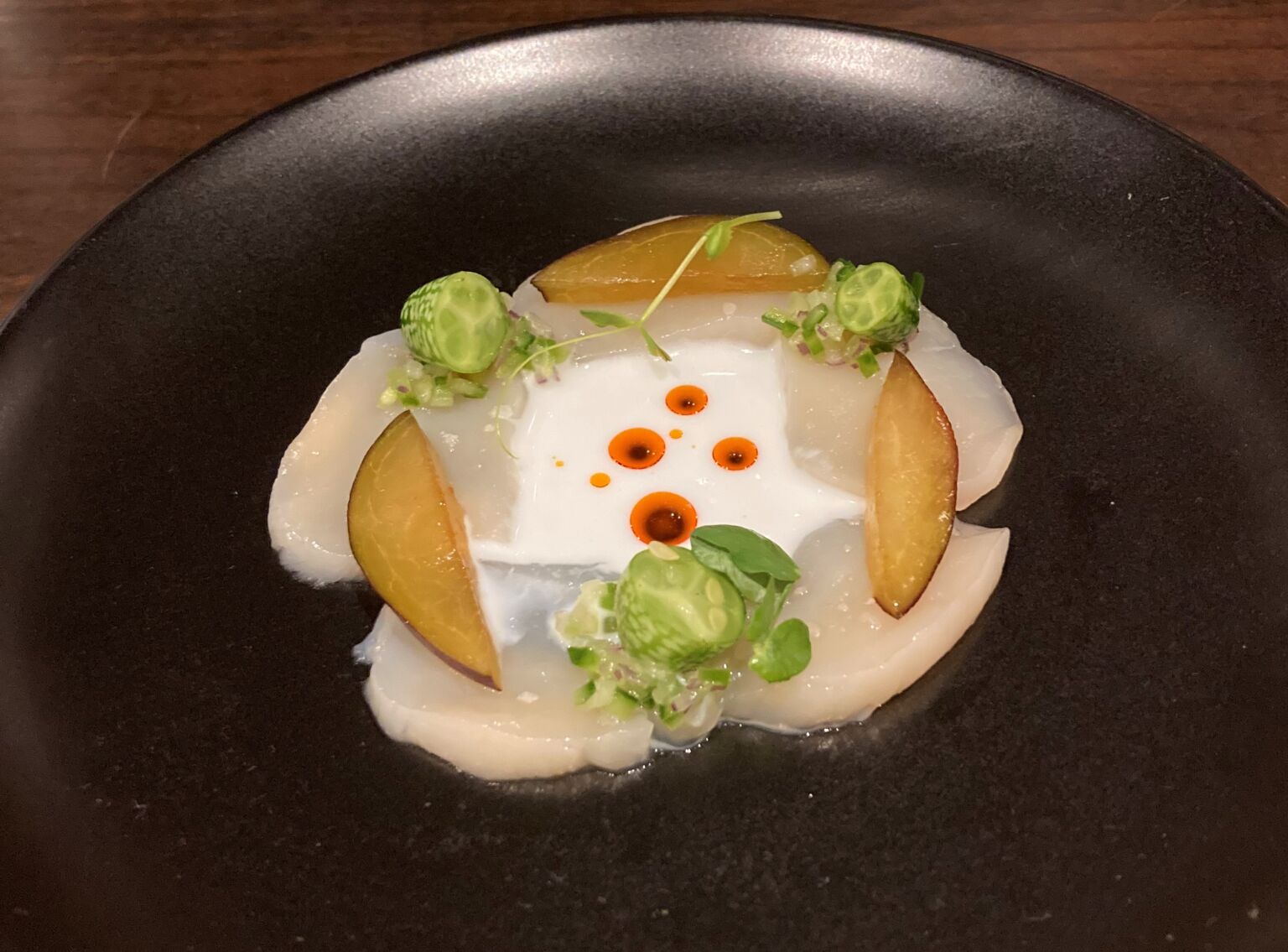 The sun rose and lights came on in the Nova Centre as it bullied the 18th-century buildings at its feet (the Carleton and St. Paul’s). Is that the harbour I spy? 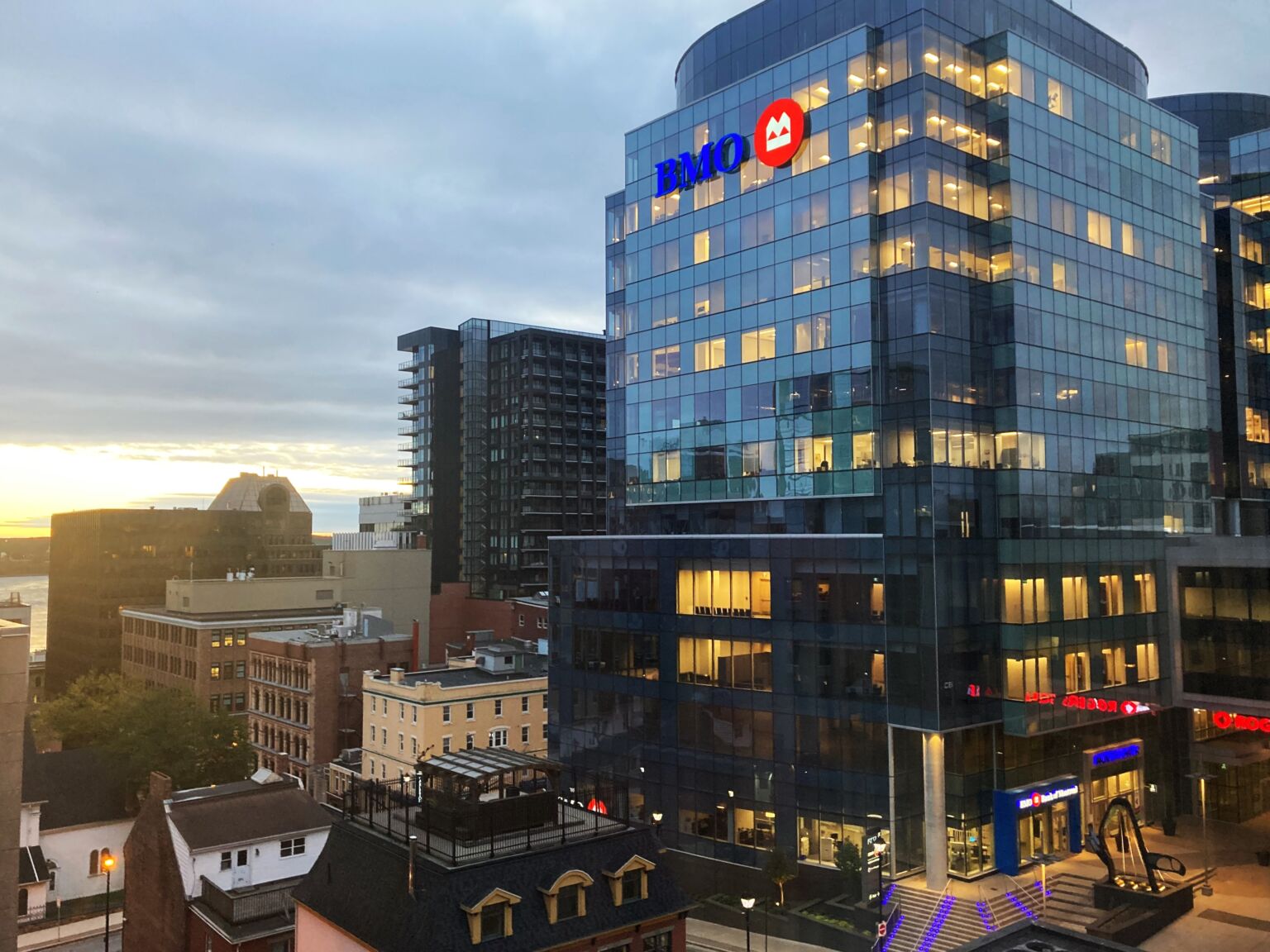 When we ventured out onto Argyle Street, morning sun reflected by the Nova Centre illuminated neighbouring buildings that spend much of the day in its shade. Maybe this is the best time of day to visit that street. 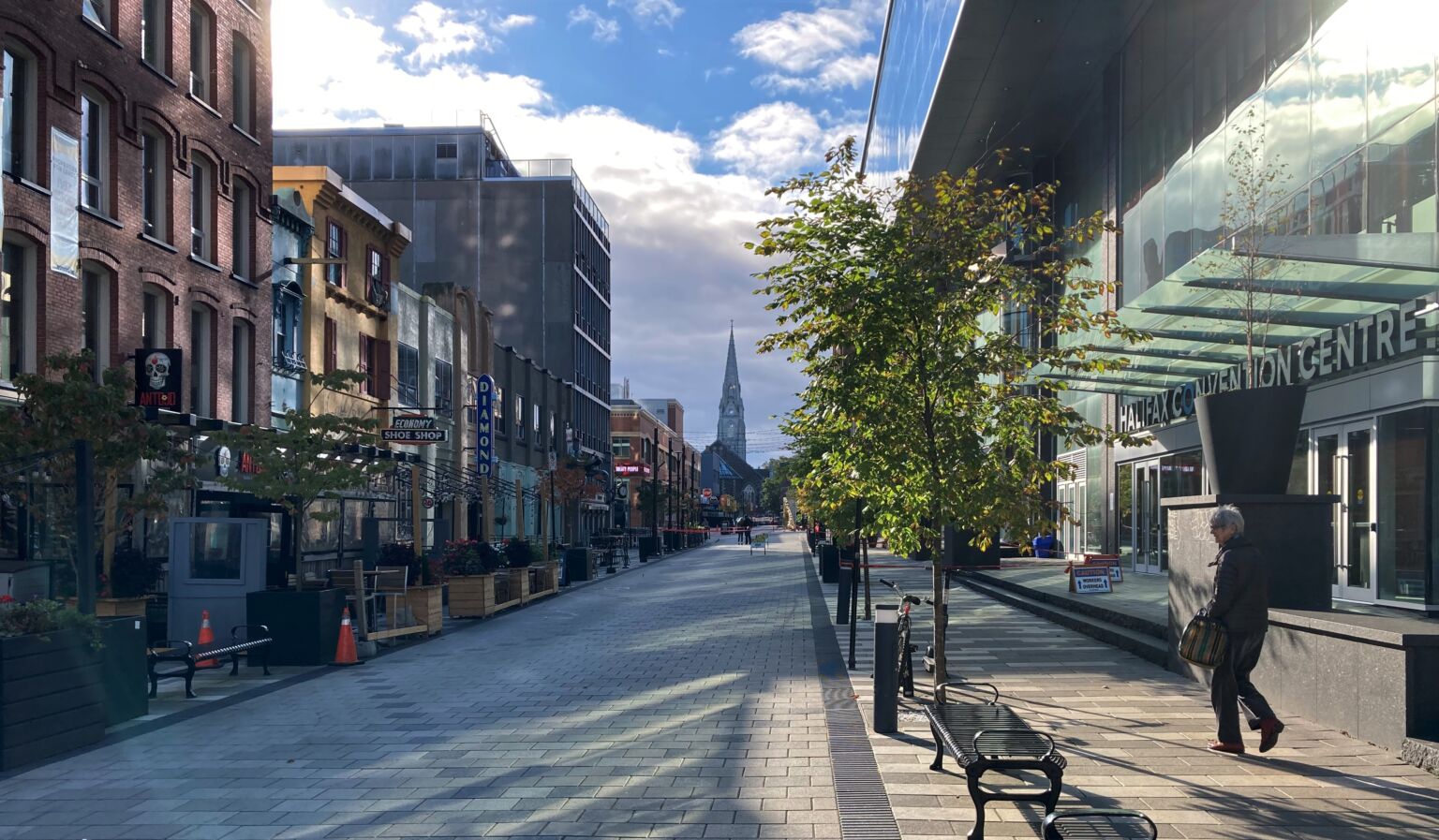 Also I’m forever ruined by fond memories of that exuberant summer moment, a few years back, when Argyle Street was transformed into a giant sock. Halifax at its best. 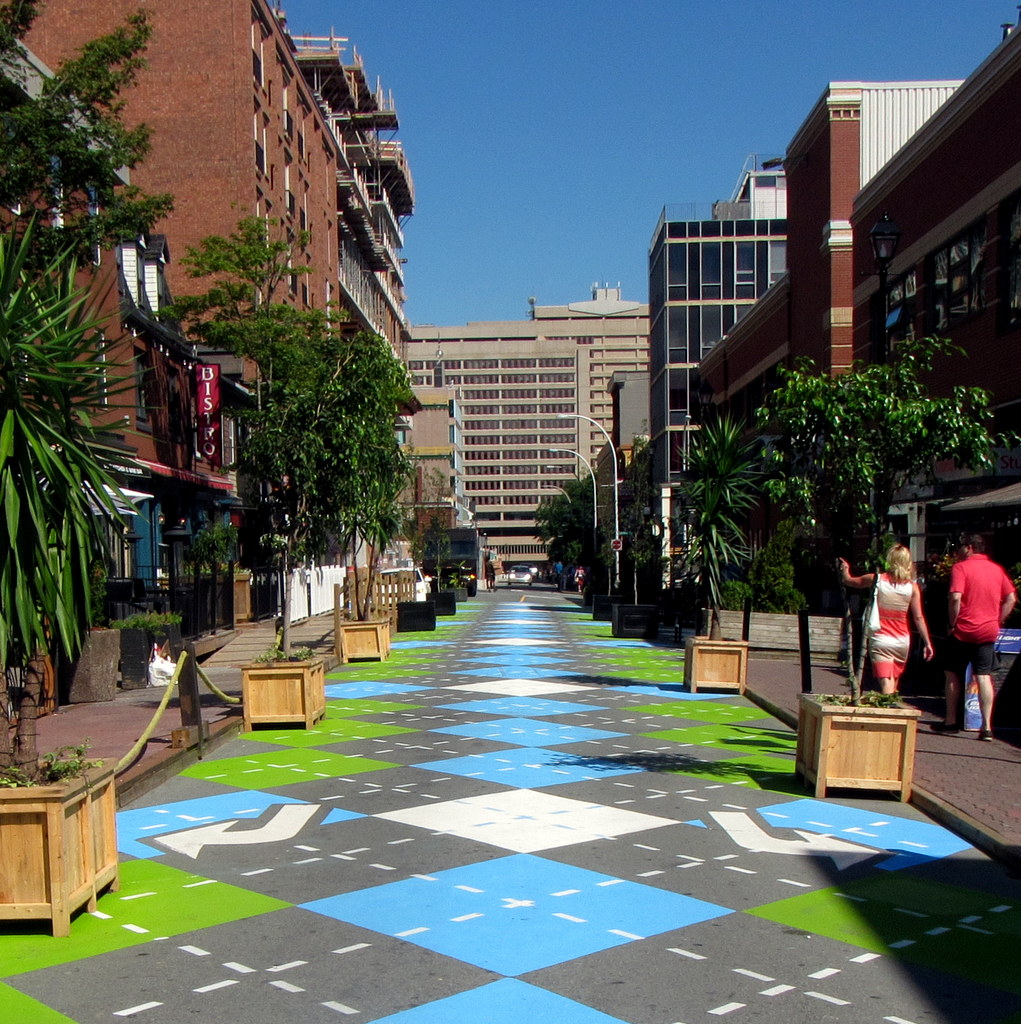 This is delightful Biscuit in the spring. By October they had already left their Argyle stand to go brighten up Gottingen Street. I was sad to see that their old location would become a Subway. Feels like when a formerly high-end mall gets a Dollar Store. 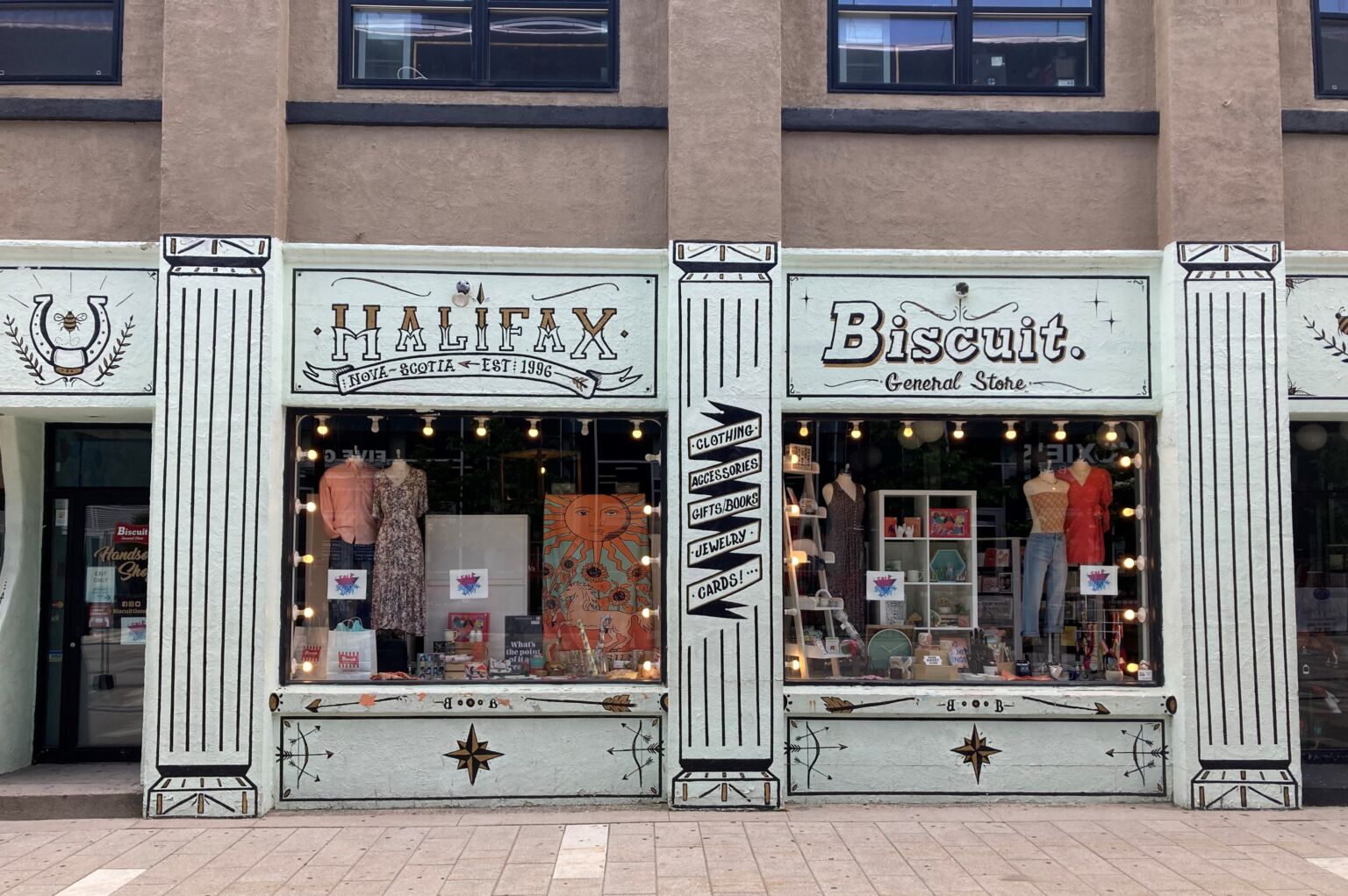 I don’t cut the Maritime Centre any slack. Bitter winds rolling down its view plane-dodging façade have buffeted generations of pedestrians. The owners claim their new podium will improve the experience. Everybody knew there was a problem 40 years ago, keep modifying the building until you get it right, and be quick about it. 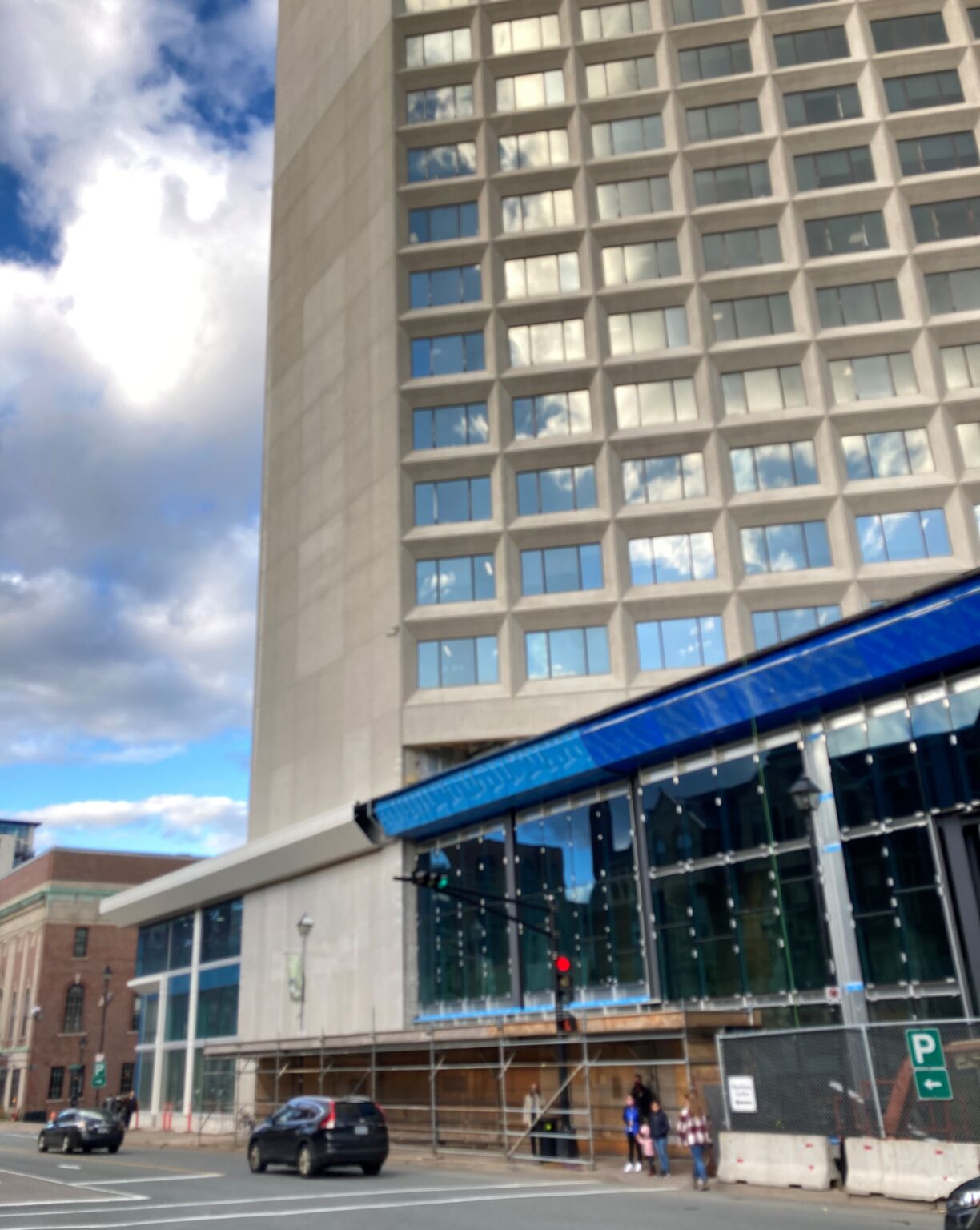 On Hollis Street it was a relief to see that this dreary building appeared to be awaiting demolition. Hard to believe that relatively recently the downtown had lost so much pride and spirit that eyesores like this could be built. Made the parking garage next door look almost distinguished. 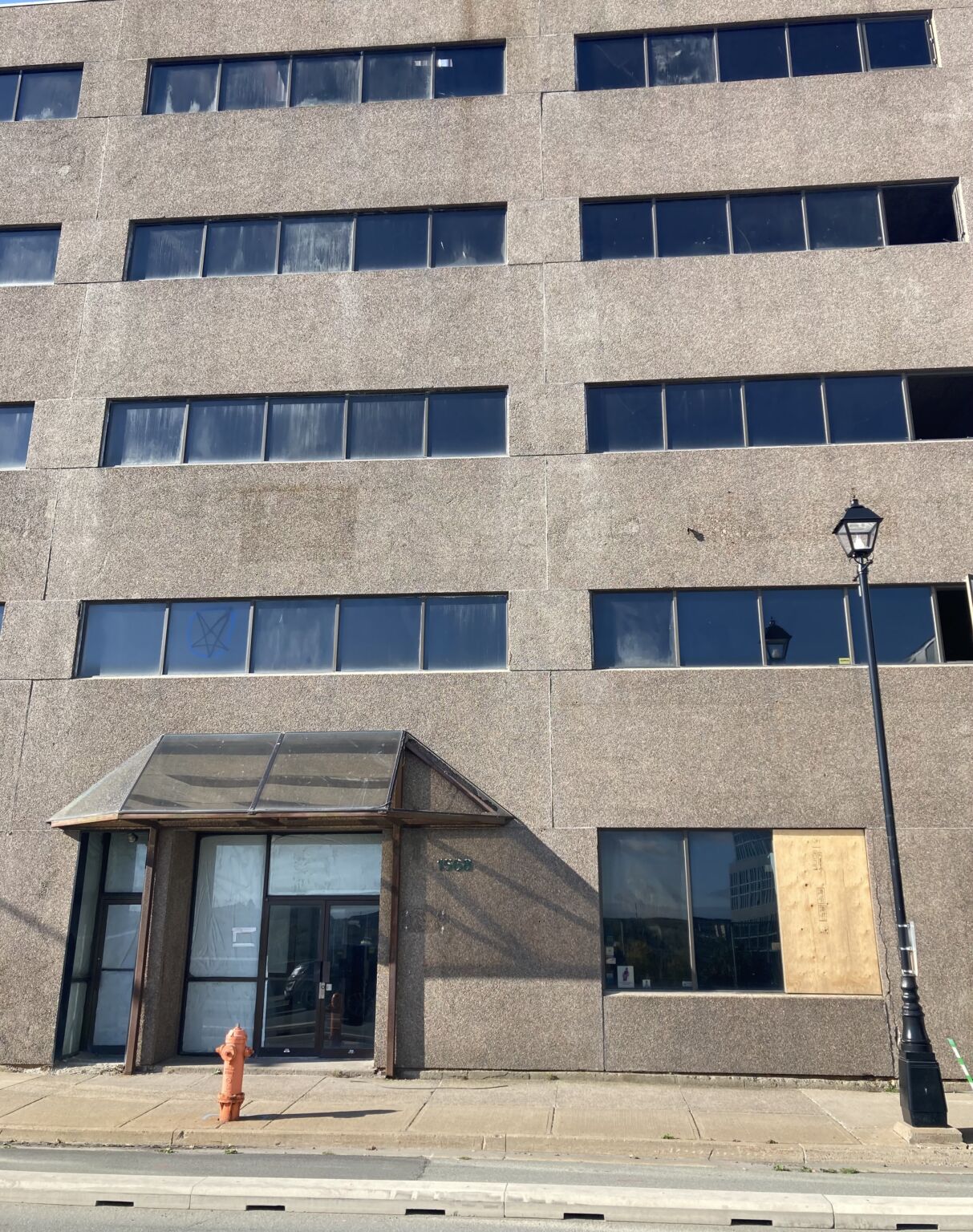 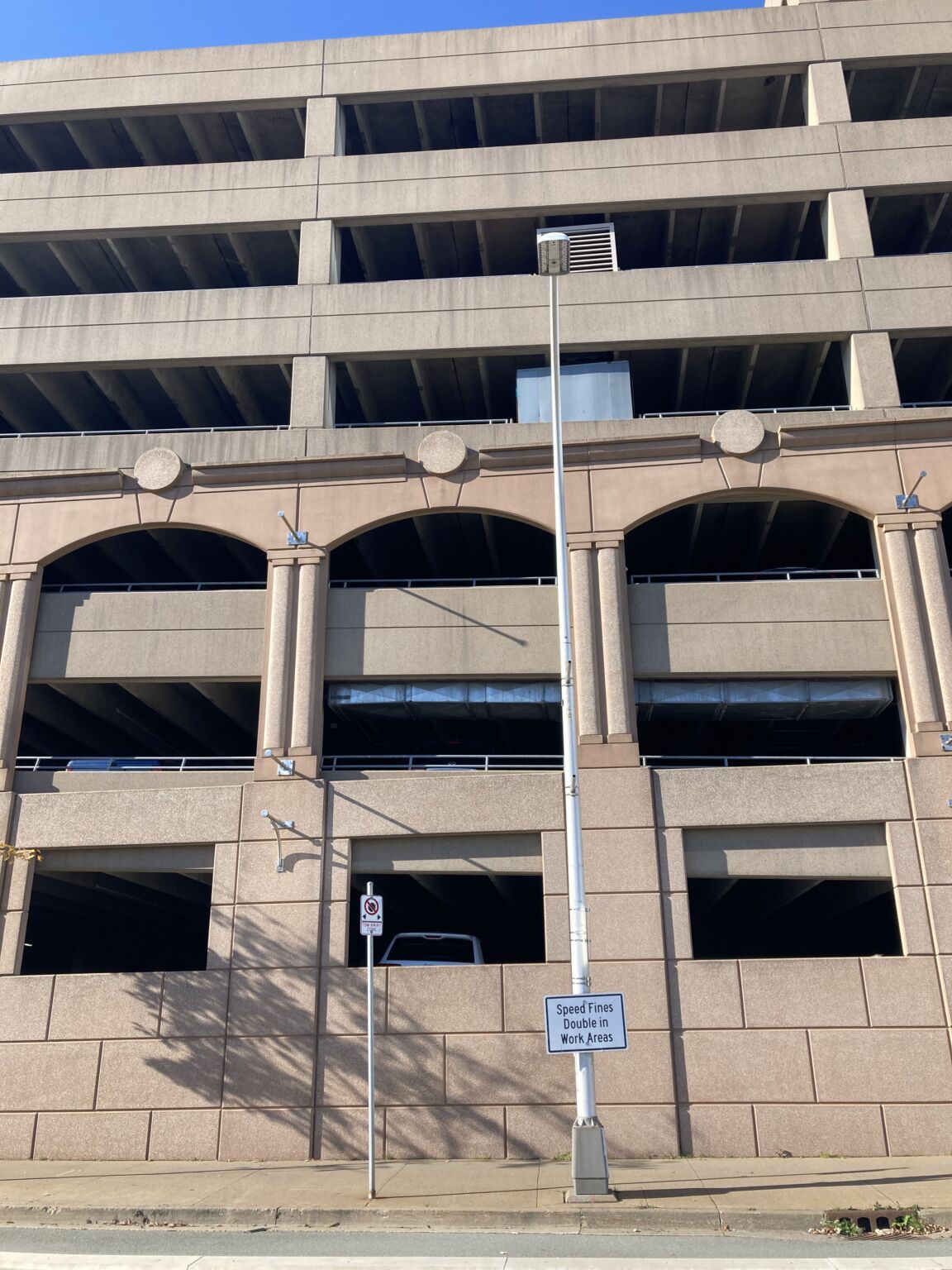 A new building on Granville Street felt like an updated version of the old industrial buildings that used to dot downtown until the 60s and 70s clearances. The red siding is standing in for brick. 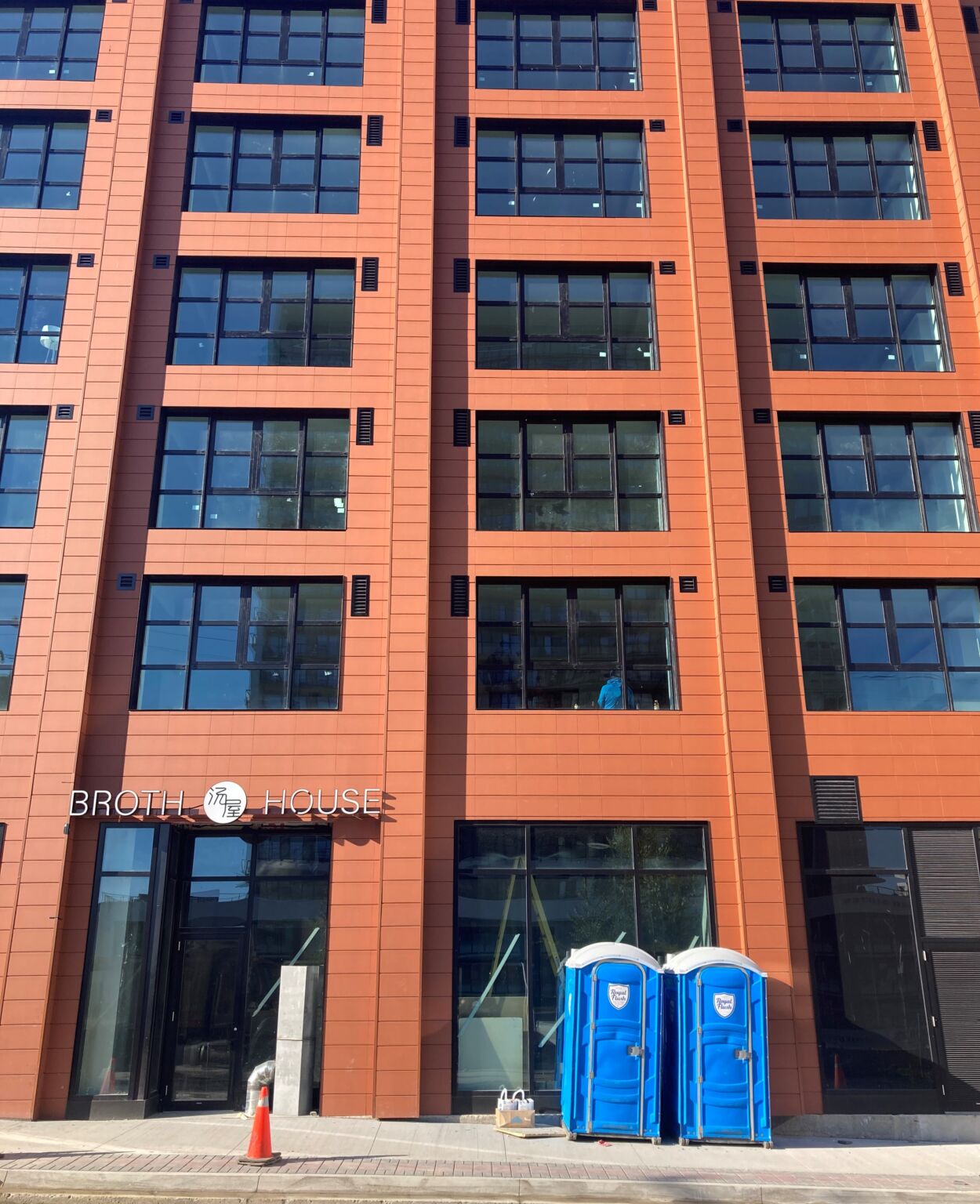 For a hit of real brick, nothing beats the Academy Building, looking its best in afternoon sun. 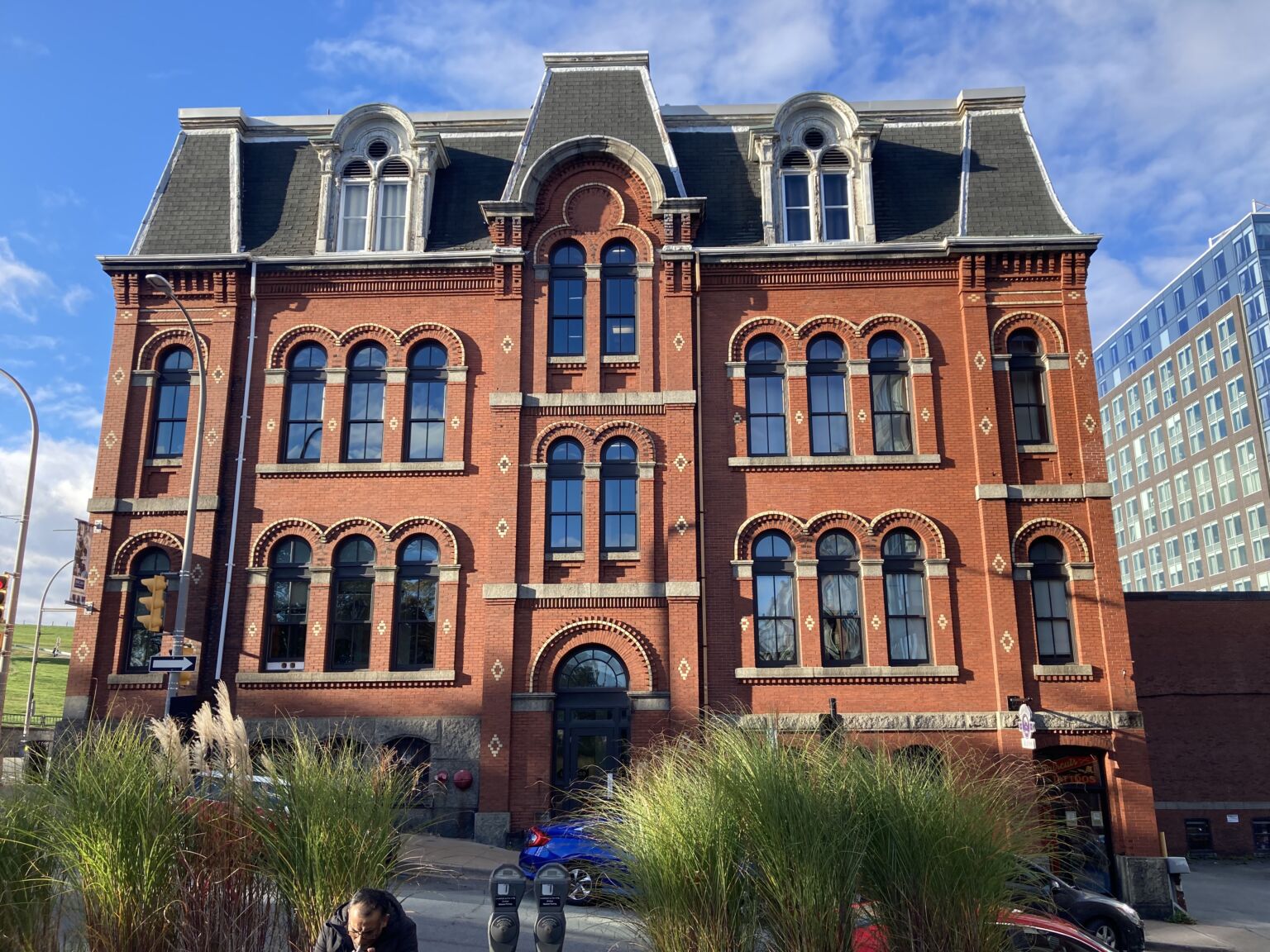 Driving a car downtown these days feels like being in a different city because of all the new bump outs and lane drops. Keeps a fella alert. I’m a surprised fan of many wonderful changes; forgetting that Queen Street was right turn only at Sackville led to several scenic tours of Citadel Hill that I had not been over in years. Quite a place.

We have never had a problem parking downtown, but our expectations are that we may have to walk a block or two to reach our destination. The removal of parking meters was a bold move. It might not be the most equitable solution, but what a joy to pay for parking from my phone while still in the comfort of the car. And refunding extra time? Feels like I’ve won the lottery. 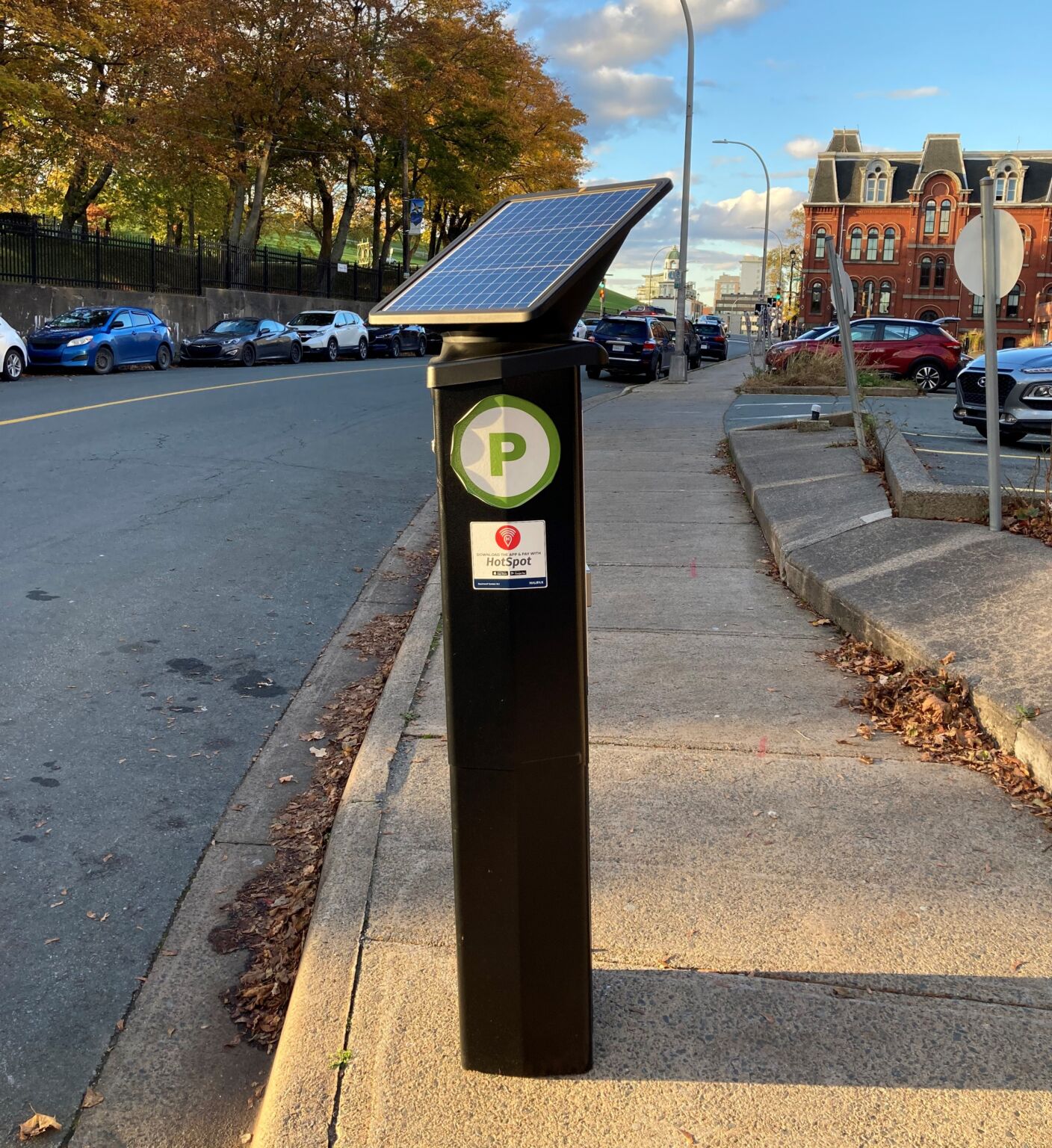 The more things change the more they stay the same

Here is a little set piece on the theme of “maybe I’ve lived here too long.” Last summer there was celebration on Twitter when a large anonymous building on Grafton Street was demolished. I remember when it was built around 1980, a high security facility where they did something old-timey for banks , like process cheques or count cash. 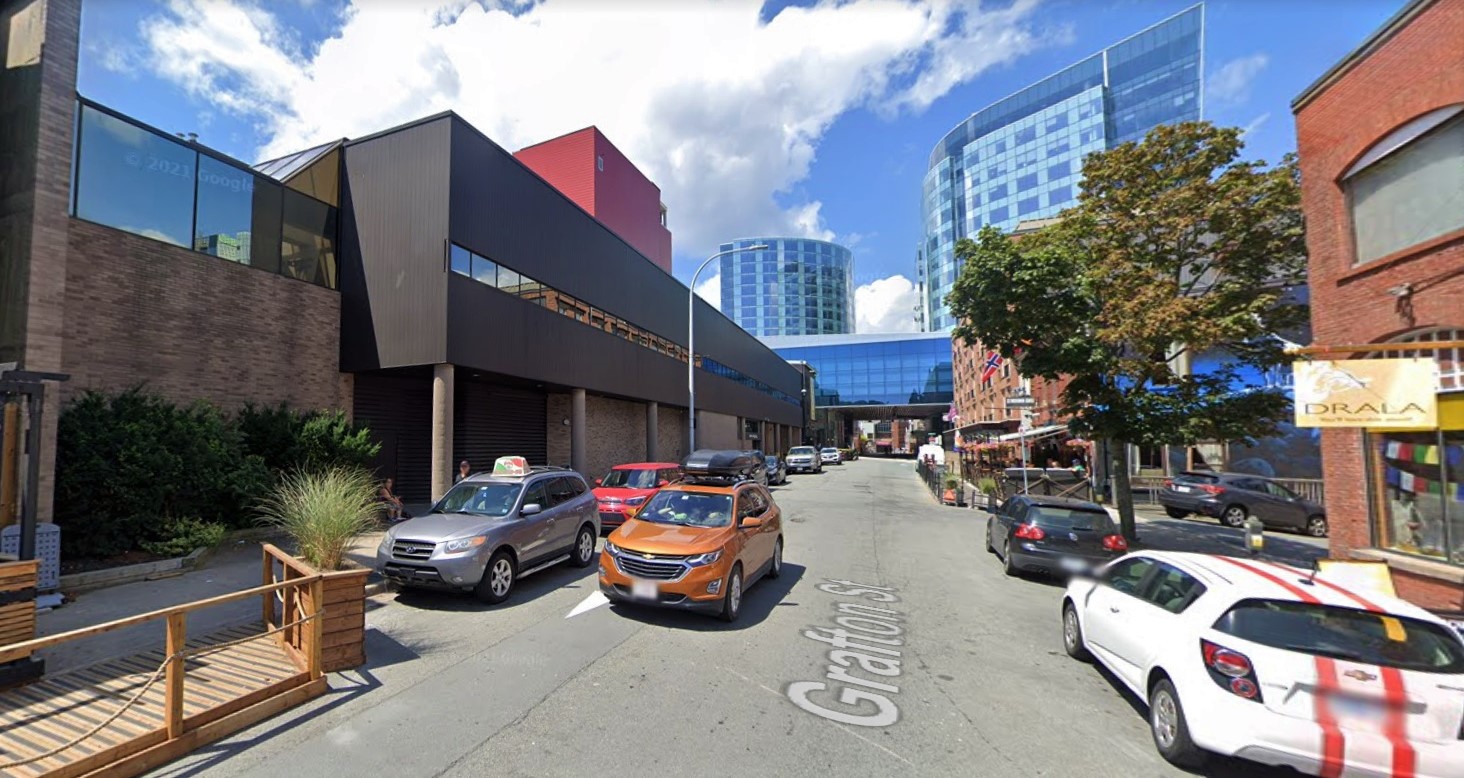 To me the building felt like an improvement because for years the space had been a parking lot, occupying the site of a former service station. About 1966 I took this picture of the location from Market Street to record the dreariness (and a vintage parking meter that says “Violation”). 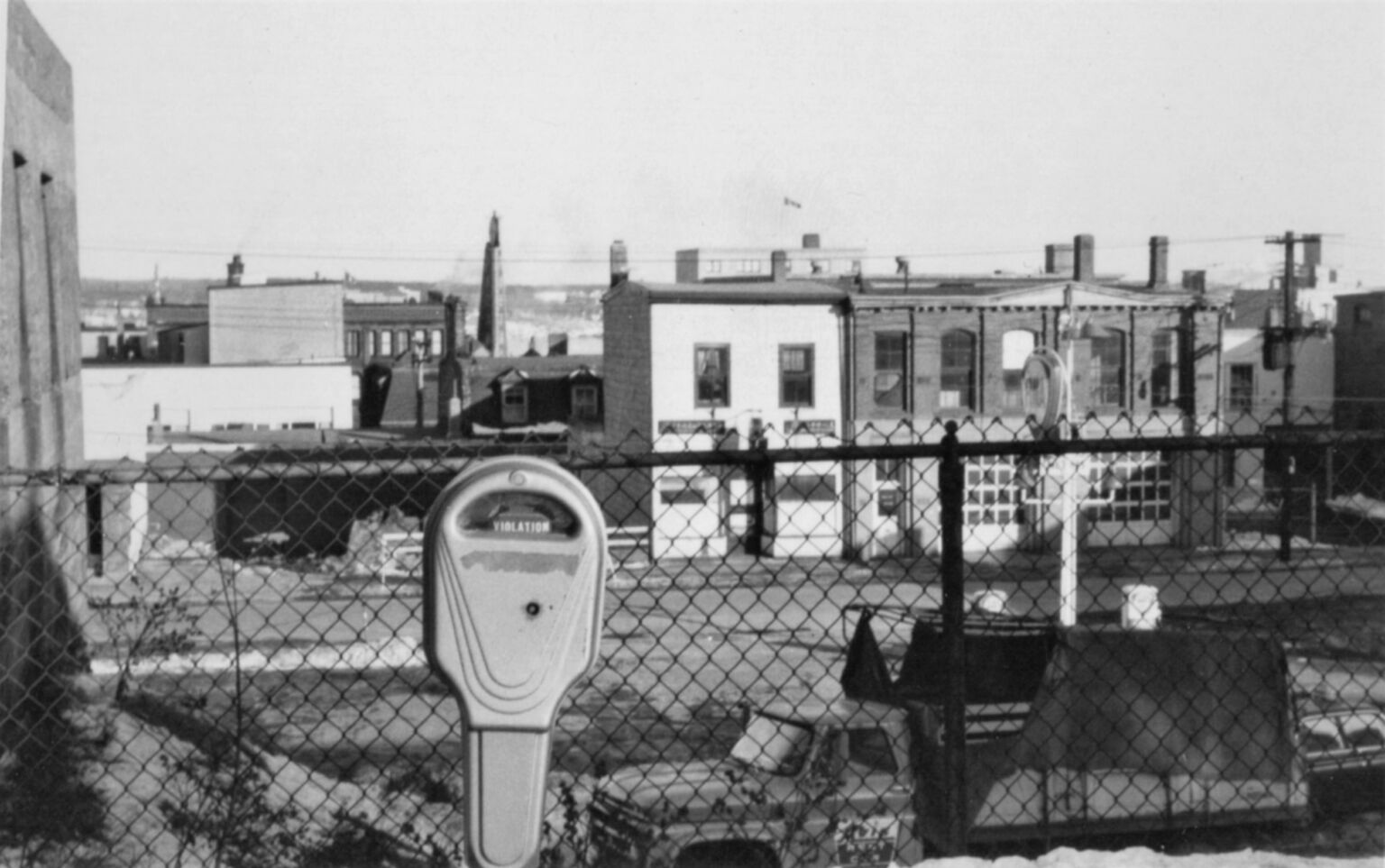 So it feels a bit like an historic restoration to see the site has become a parking lot again. Don’t you love tradition. 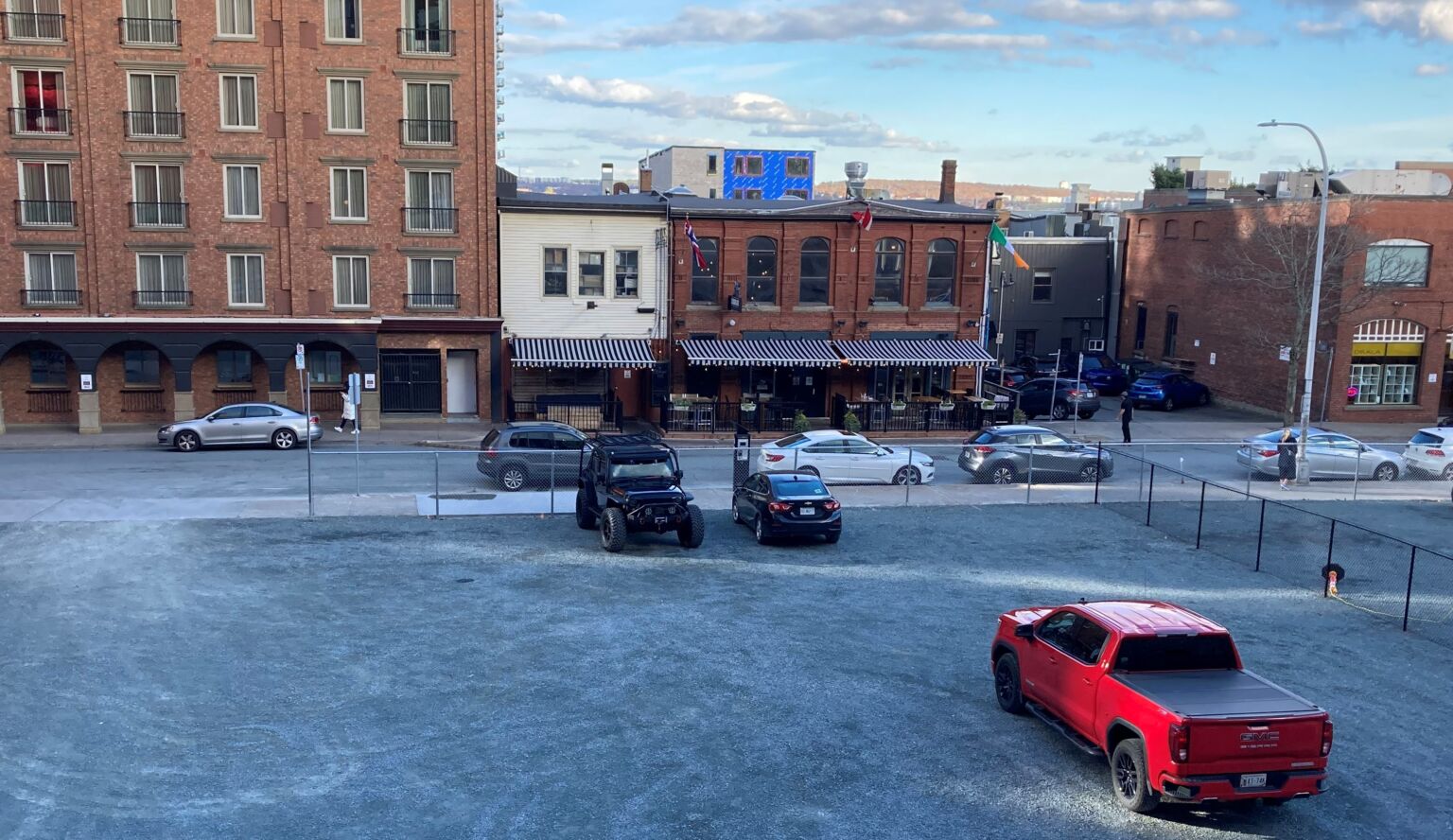 When I took the photo in the 60s, the brick building housed a business in the motor trade (mufflers, transmission?). The Unicorn shop boldly moved there in the 80s, and then it was a restaurant we never visited (Seven?) and now is the Stubborn Goat (was it the first self-described gastro pub in town?).

From Blowers Street there is a delicious “could be anywhere” view of the newly vacant lot and the large shiny objects.

Another opportunity to compare Halifax to Ulaanbaatar, the boomtown capital of Mongolia. 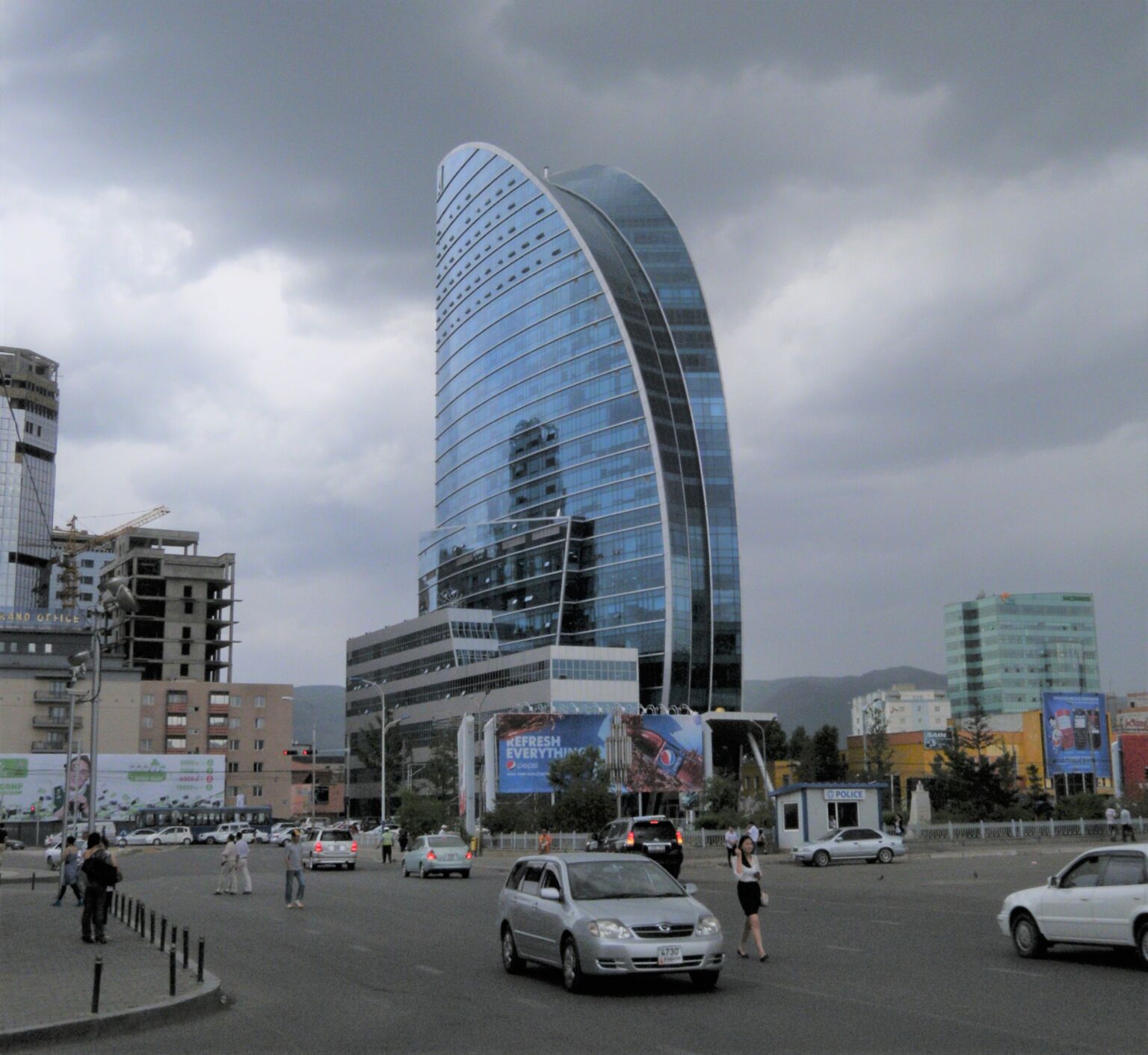 Remember to have fun

Very on brand at the Brewery Market, noticed an ear of corn used to wedge a door open. After I posted this to Twitter, folks sent updates on subsequent market days when an eggplant and then a zucchini were used. The corn worked best. 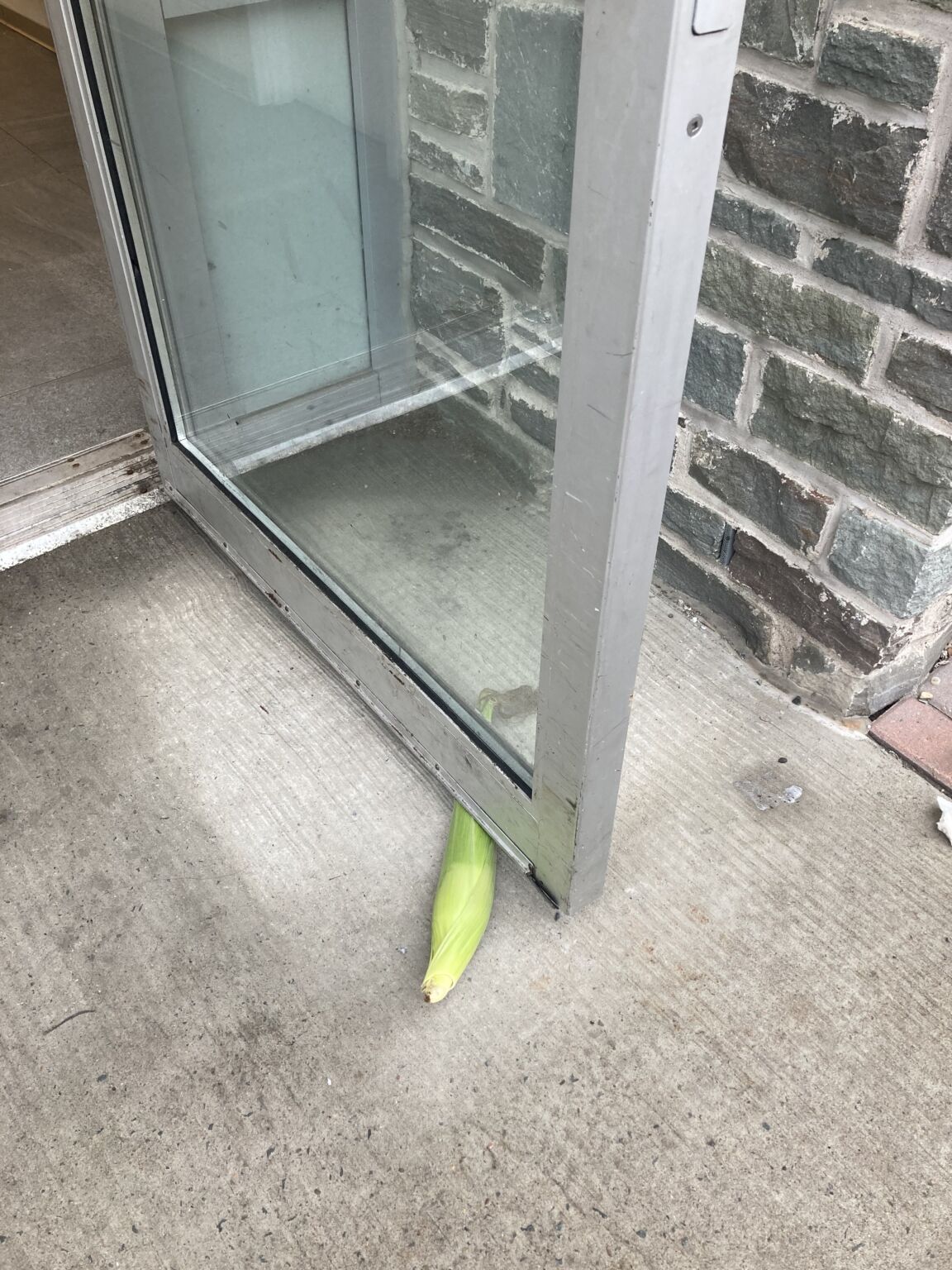