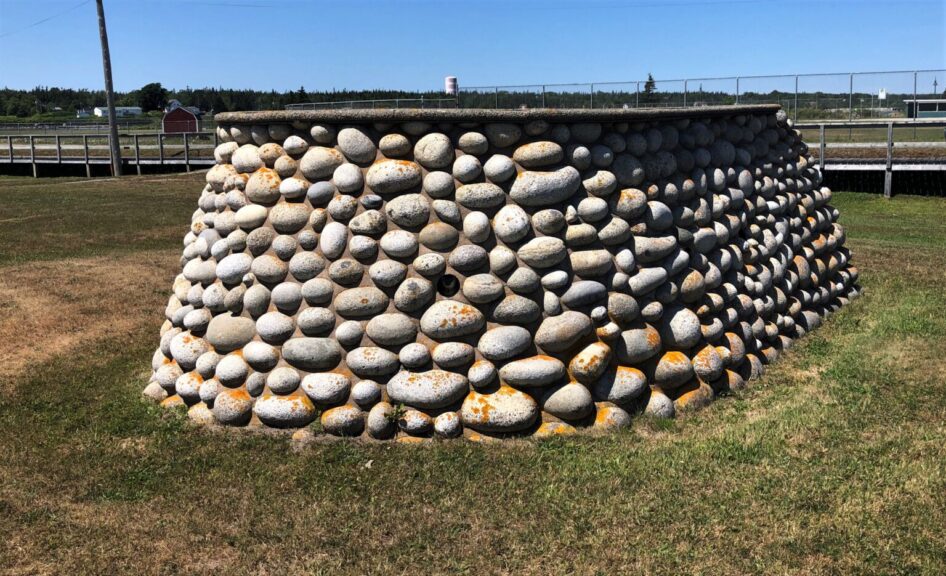 We spent a couple of days down the shore at a beach, and looking at the landscapes. You know what gets me noticing. Here is some more.

So much depends on the slope of that roof. Take the LaHave Outfitters, it almost looks like there was going to be a flat roof, but they changed their mind. Doesn’t take much of a pitch. 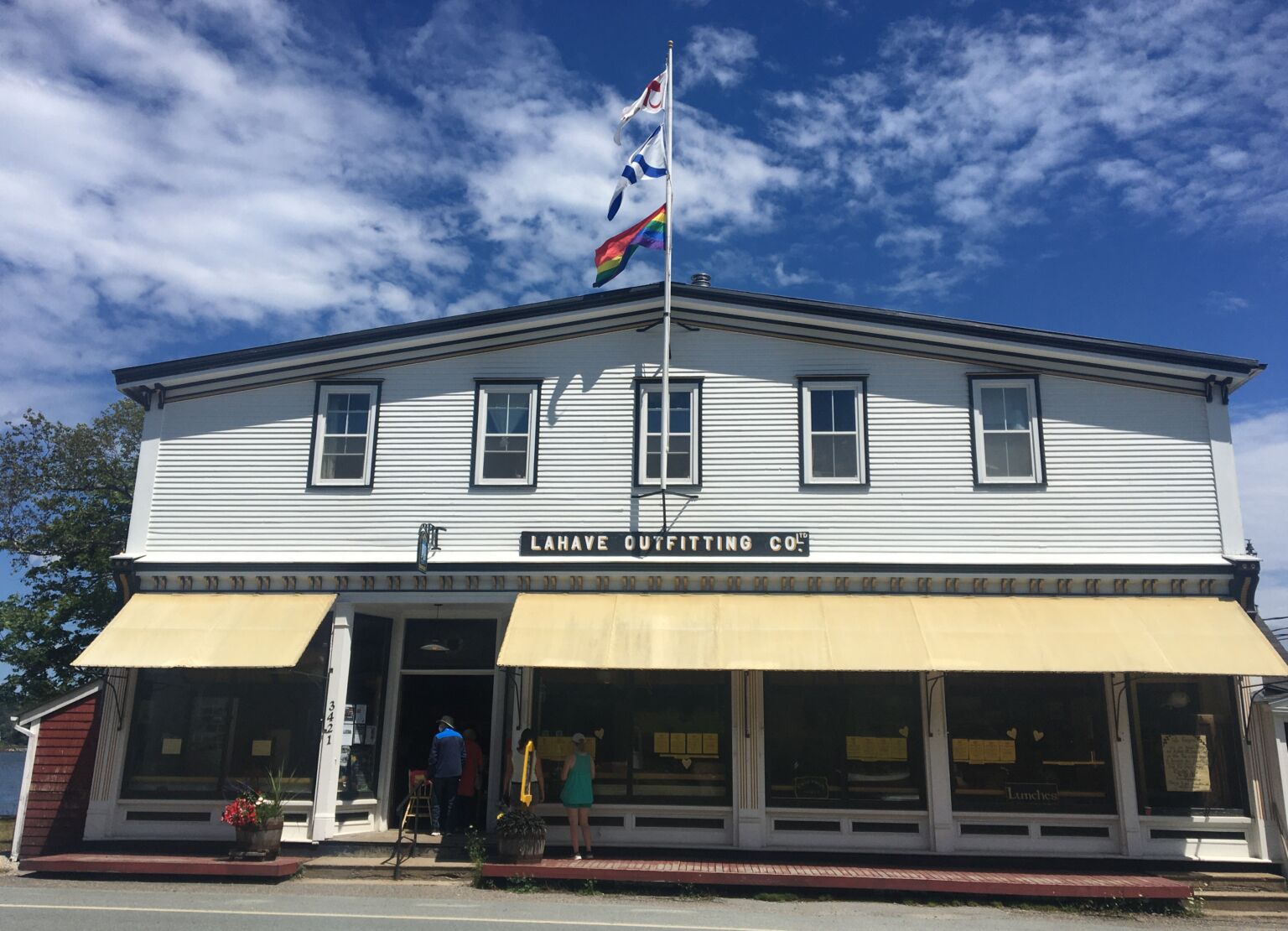 We immediately fell in love with this cottage in South West Port Mouton: was it a miniature Greek temple or a child’s drawing of a house? The meadow of Queen Anne’s lace didn’t hurt. 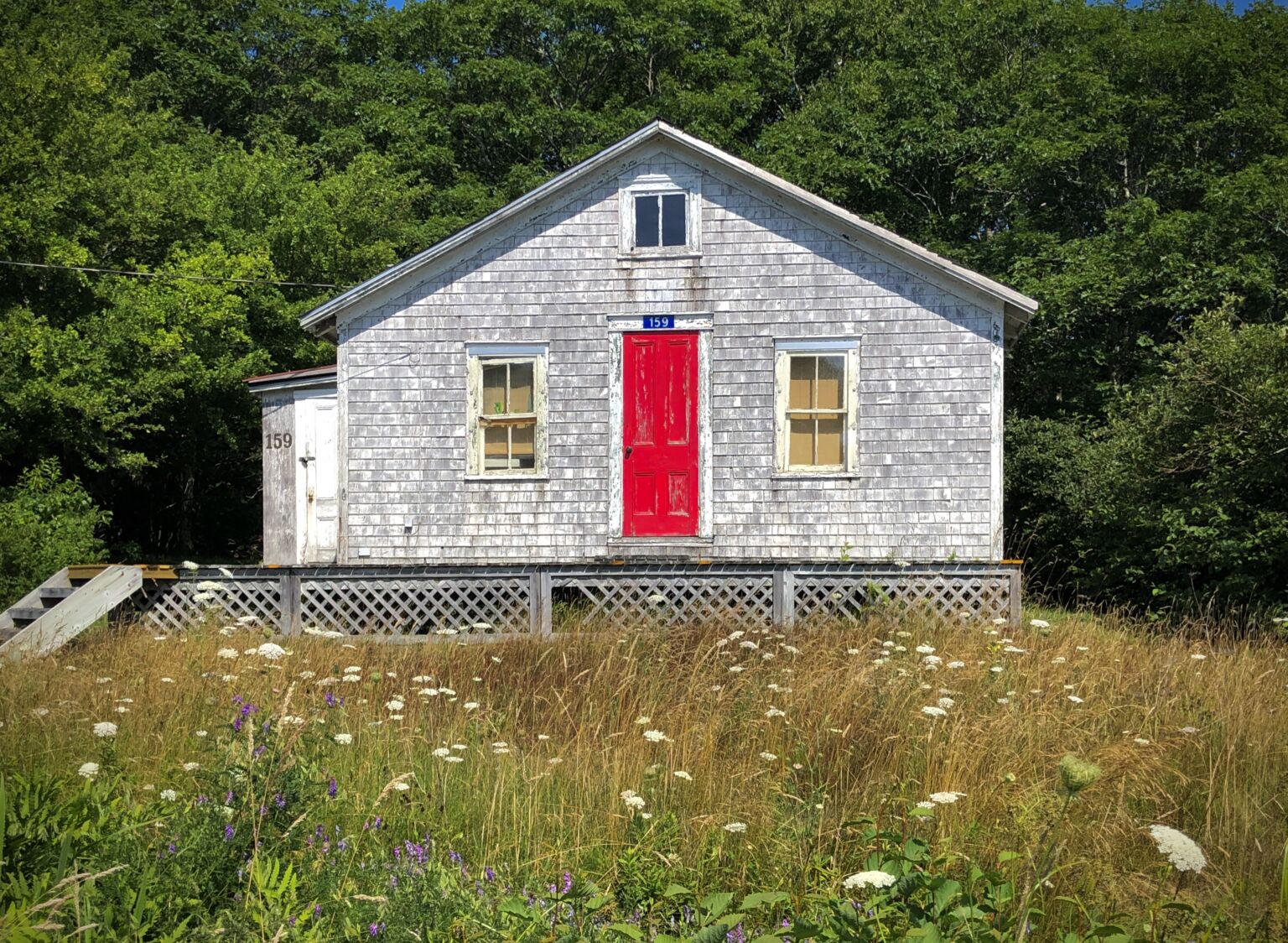 A steep roof slope defines this board and batten-clad, roadside charmer in Sable River. 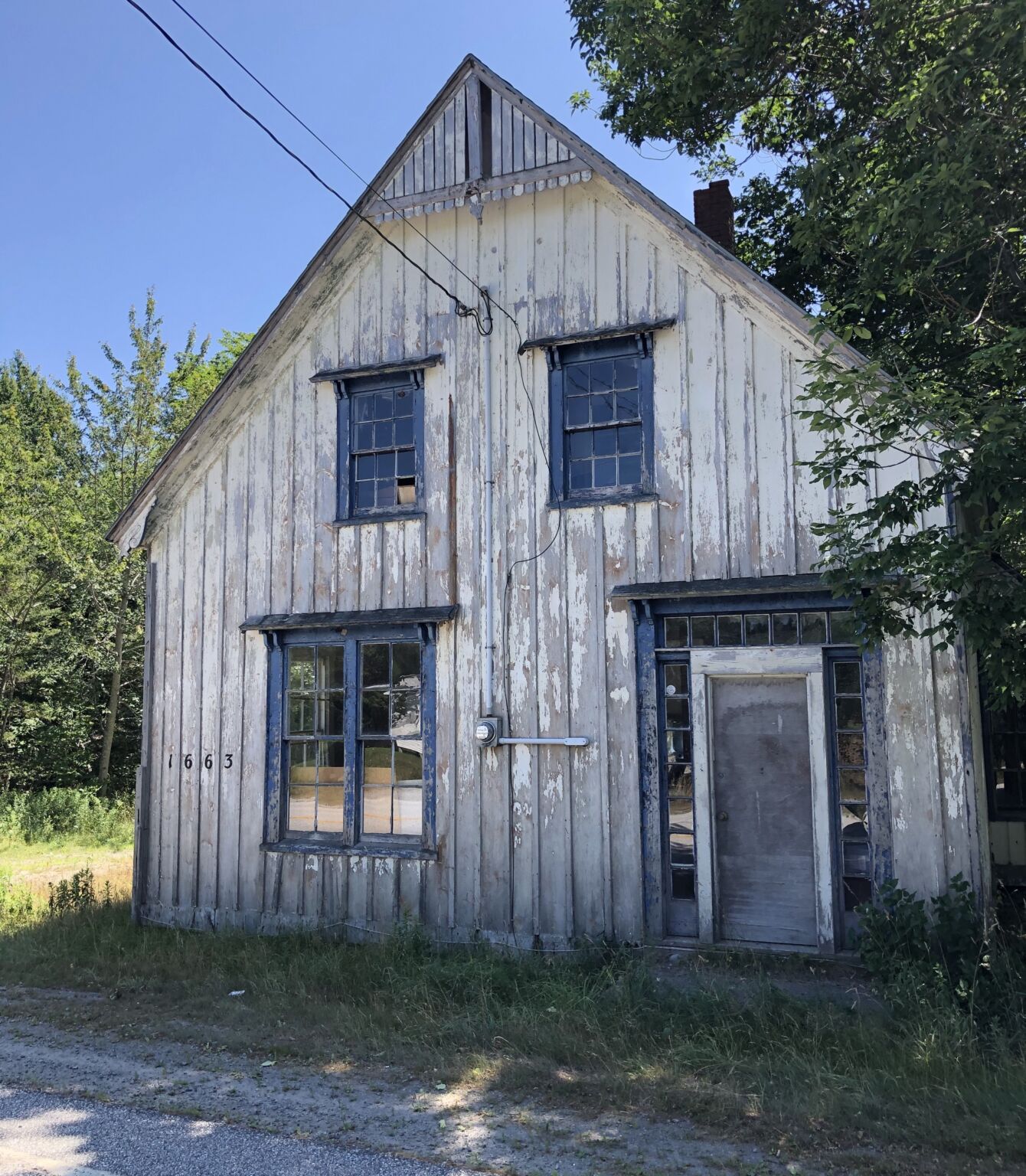 The stepped gable of a small commercial building on the outskirts of Lockeport was enough to make us stop, but the diminished “MacKenzie’s” tiara is gold. 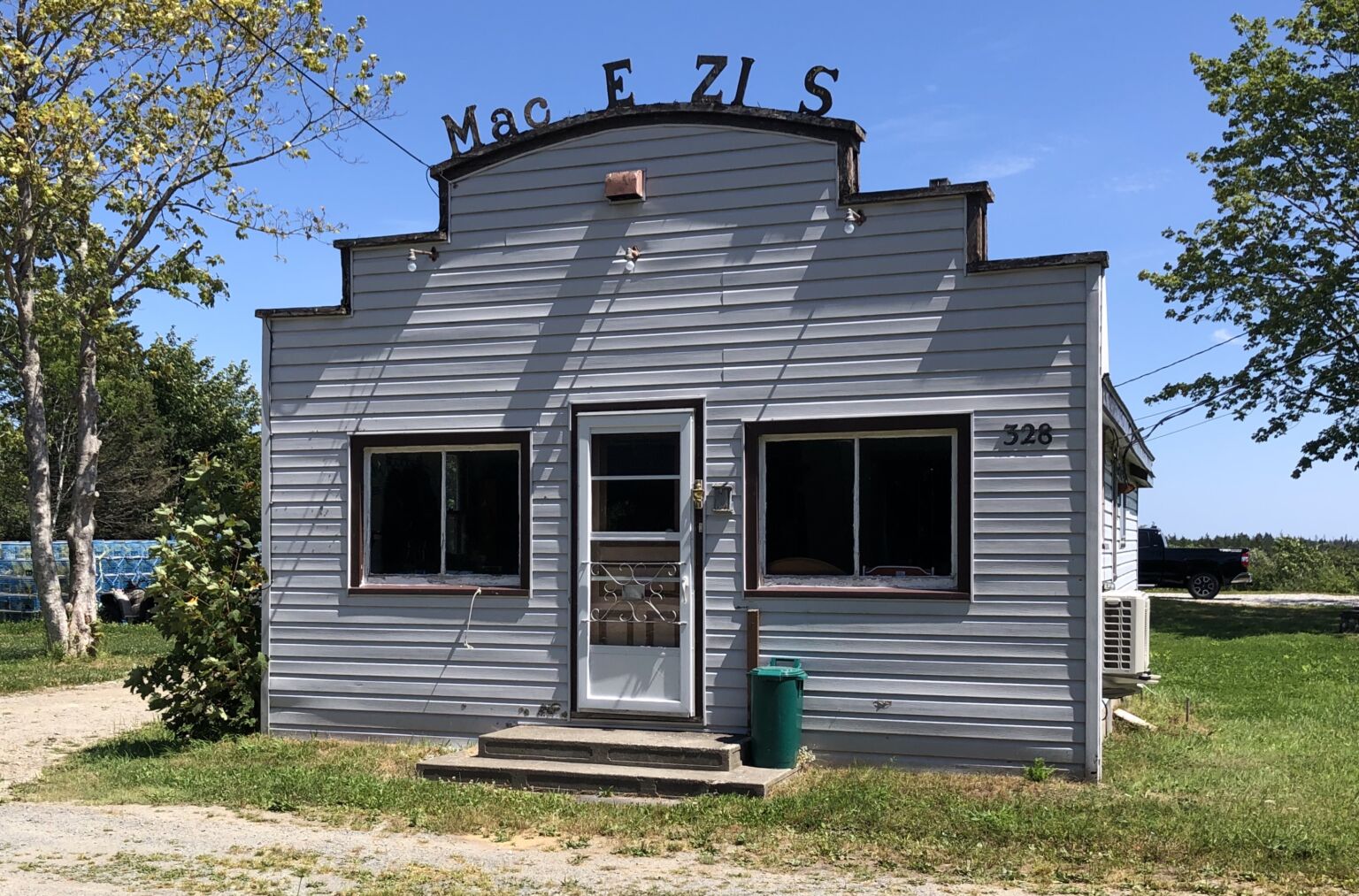 The light was perfect on a couple of bright white church buildings, supplementing their gable ends with distinctive towers. Little Harbour United here. 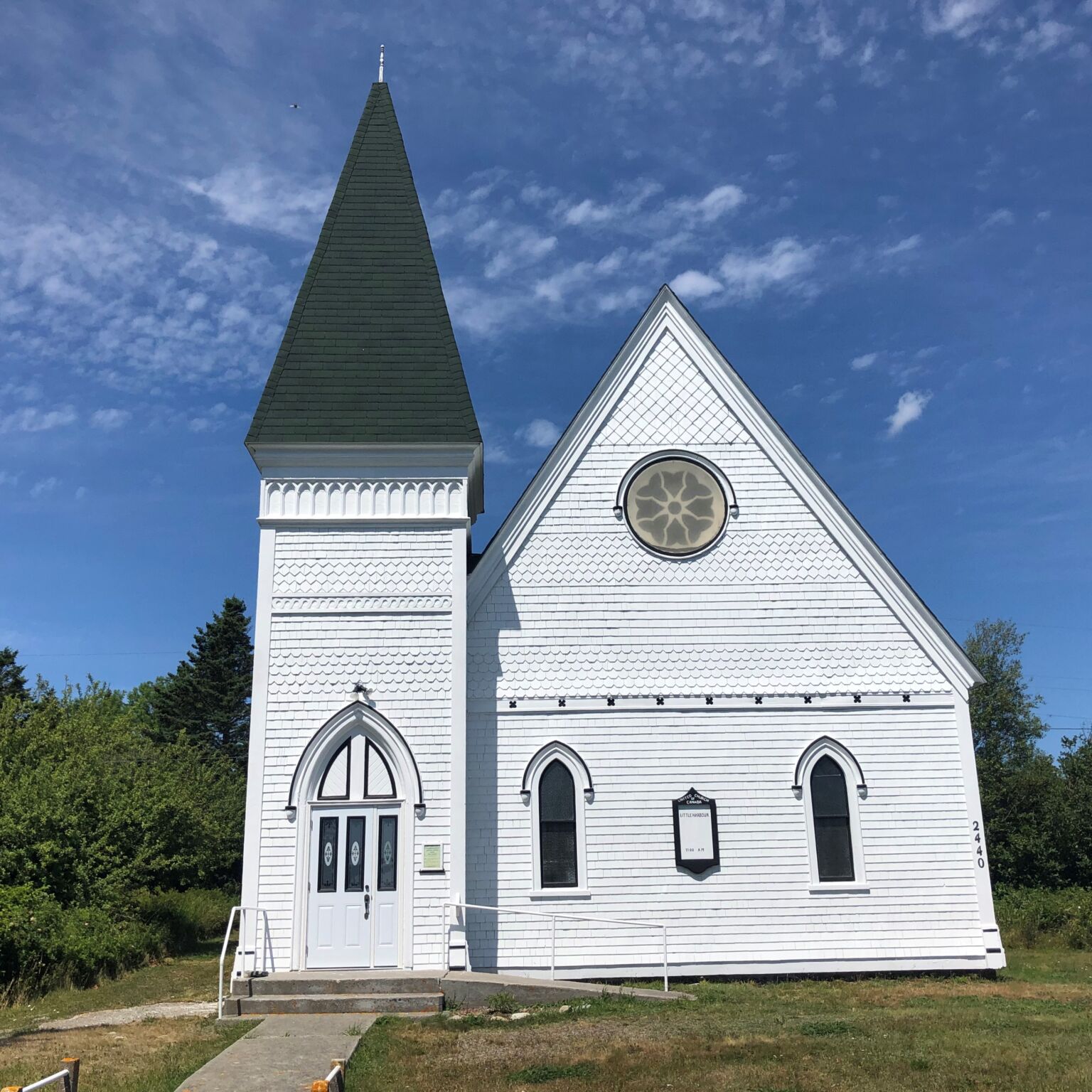 And in Port Joli, this is no longer functioning as a church, I believe. 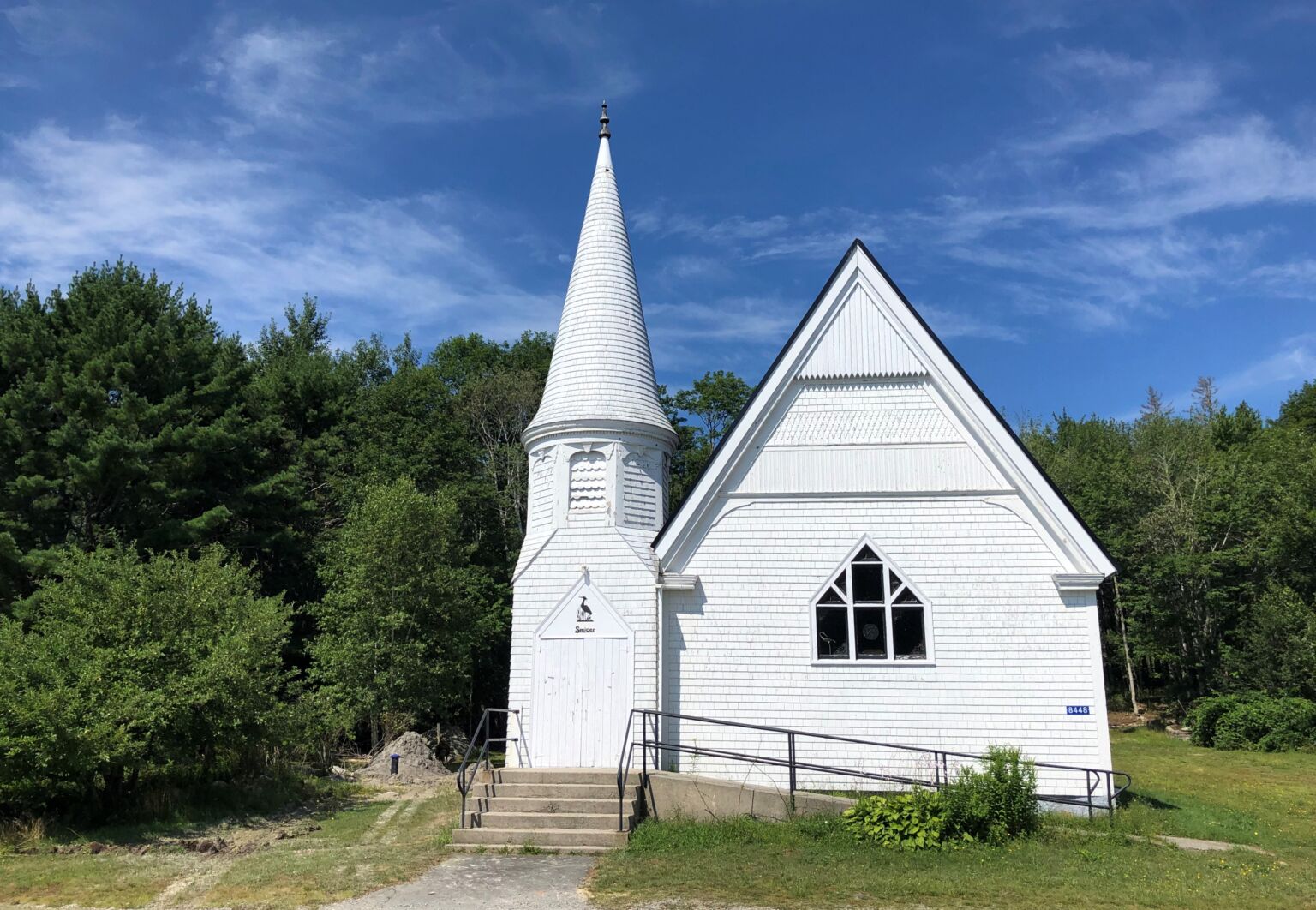 A 1974 picture book titled The Gaiety of Gables celebrates the decorative woodwork found in the gables of many 19th-century Ontario farmhouses. The book caused a stir back in the day because folks were just beginning to notice, and tentatively value, the excesses of Victorian Architecture. A number of gables we saw rated high on my gaiety meter. 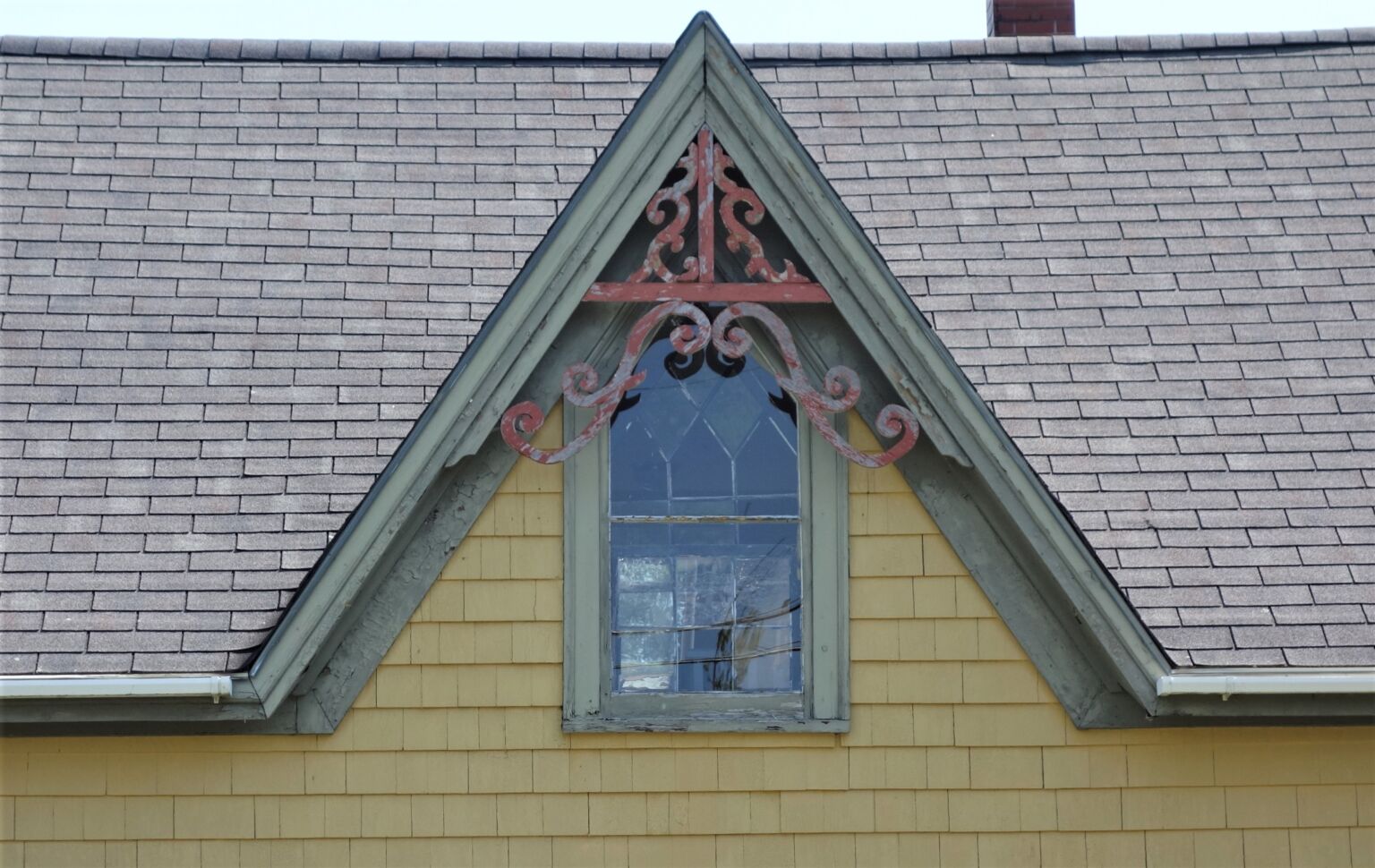 The board and batten building in Sable River has so many delightful details. Sad that it appears to be on the exit gradient. 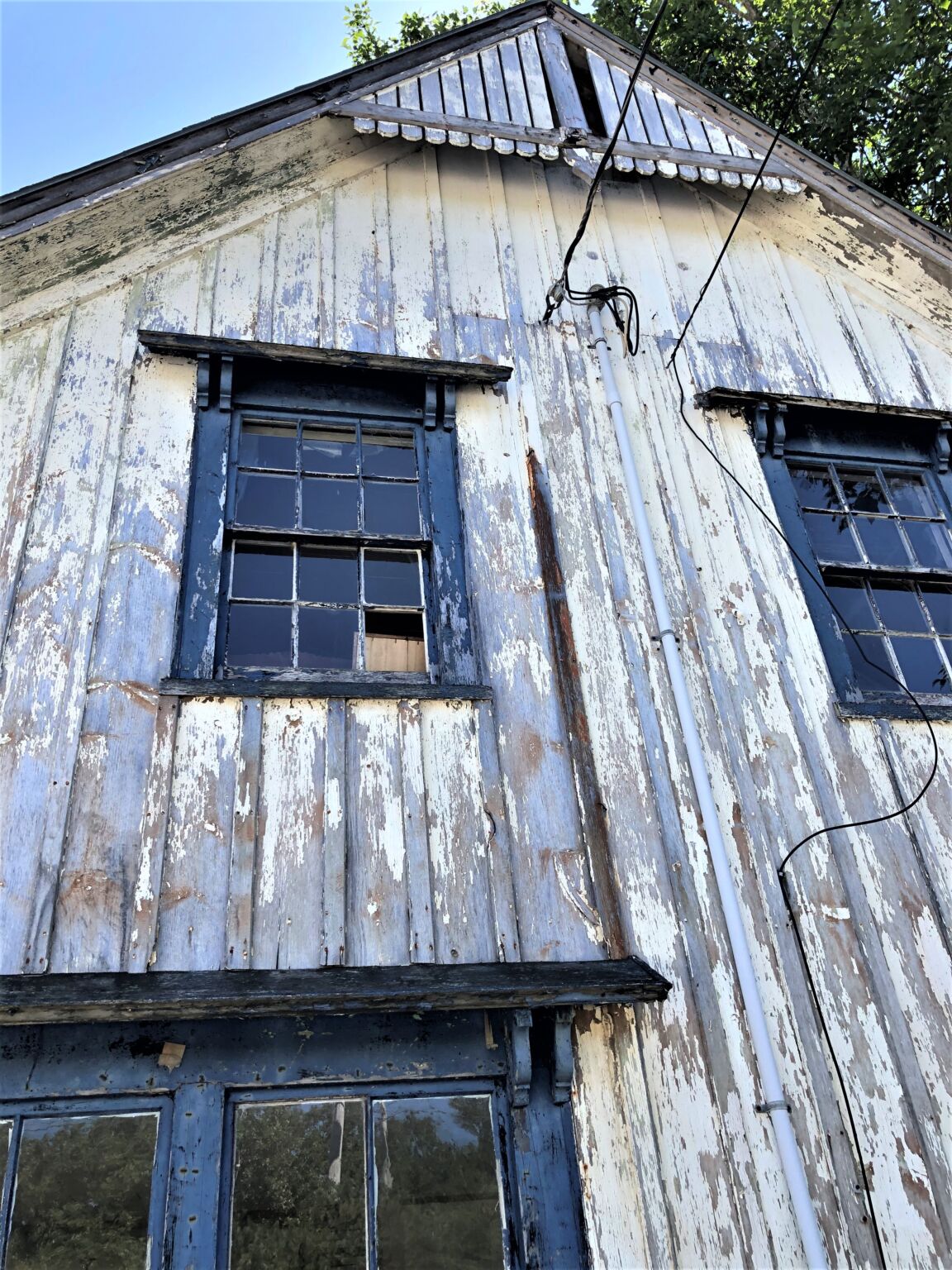 The churches rocked some choruses of spirited shingling. 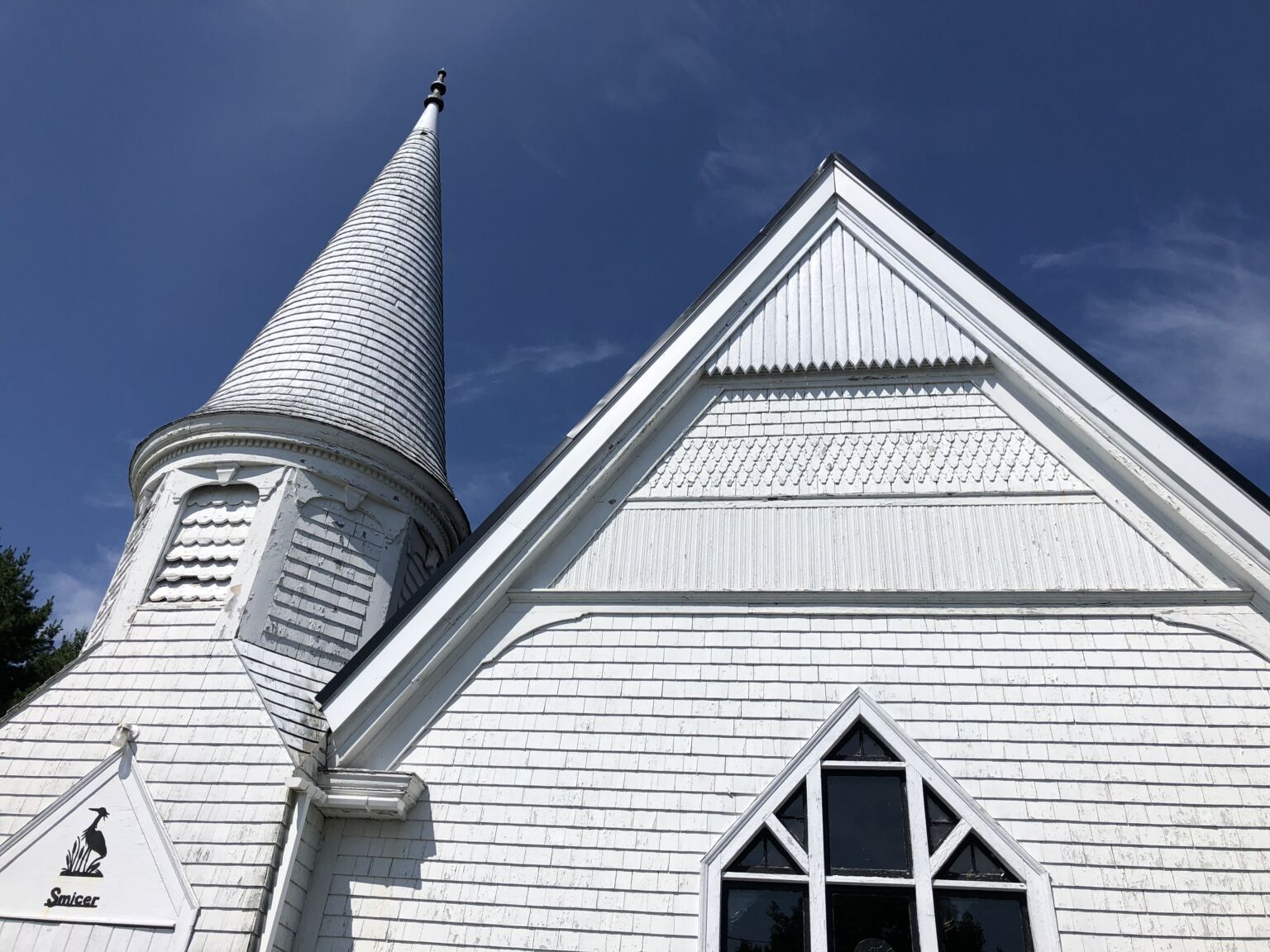 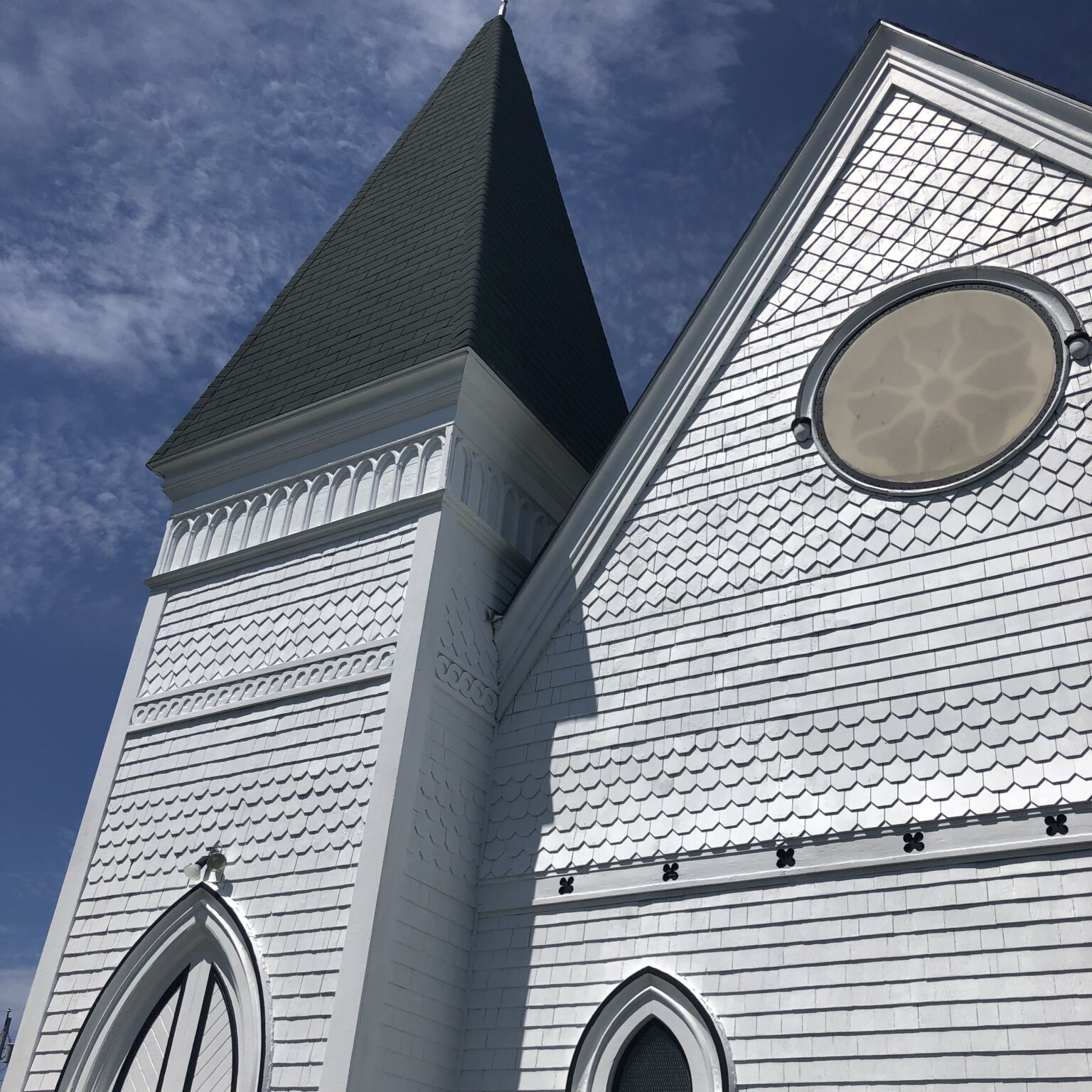 This cobble confection on the way into Lockeport rewards closer examination. It is a memorial to the “seamen of Lockeport and vicinity who have been lost at sea.” A plaque acknowledges that it was “designed and constructed by Chesley B. MacKenzie assisted by Kiwanians and friends.” Job well done. 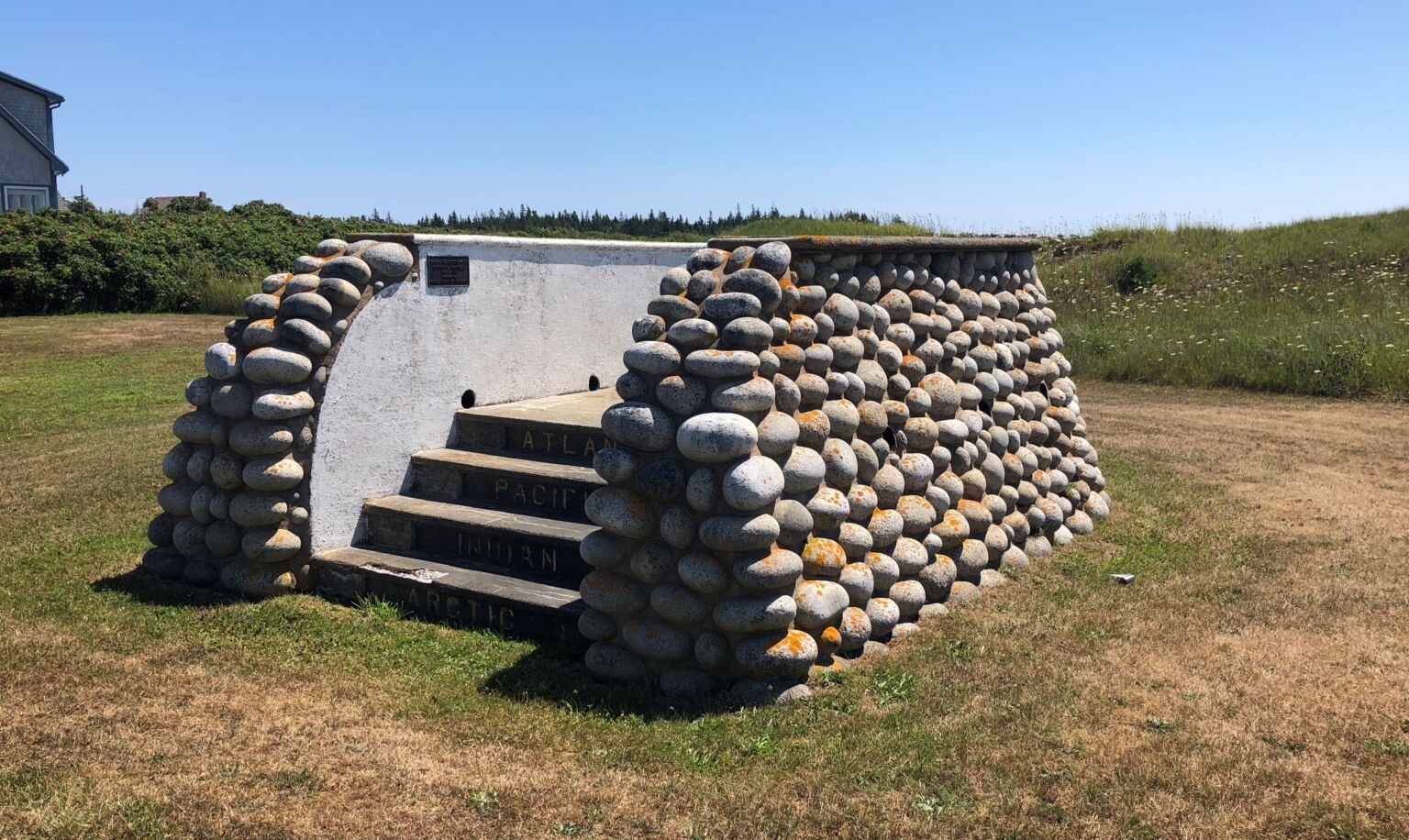 The structure evokes the bridge of a ship and each step you climb is marked with the name of an ocean where Lockeport seamen are asleep in the deep: Arctic, Indian, Pacific, Atlantic. I believe that usually there is a ship’s wheel installed on the bridge so you can try to steer your cobbled vessel to safety. 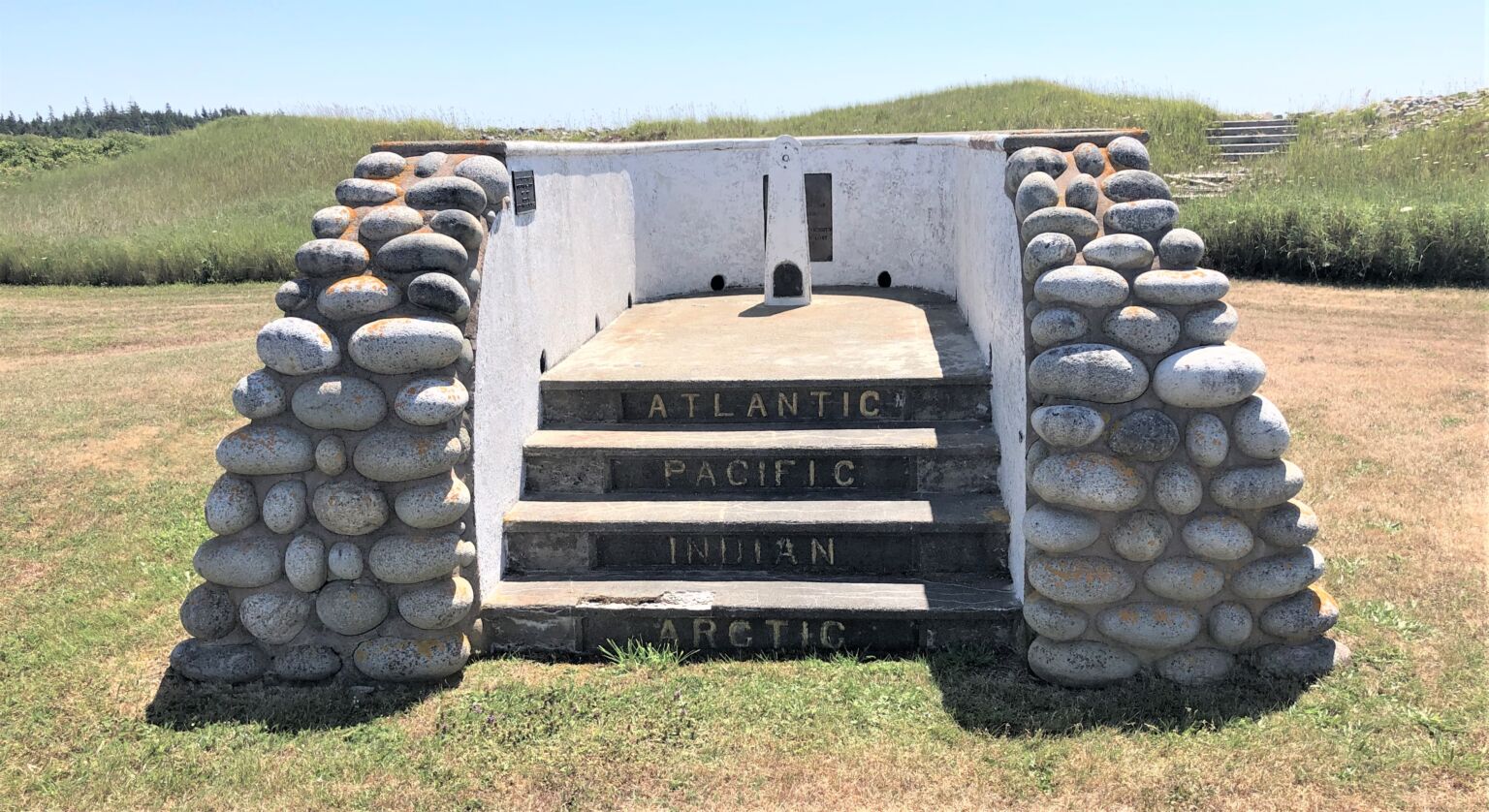 Next door is the Little School Museum in a building that dates to the 1840s. Both the museum and the memorial were established in 1967, artifacts of our Centennial Celebrations. 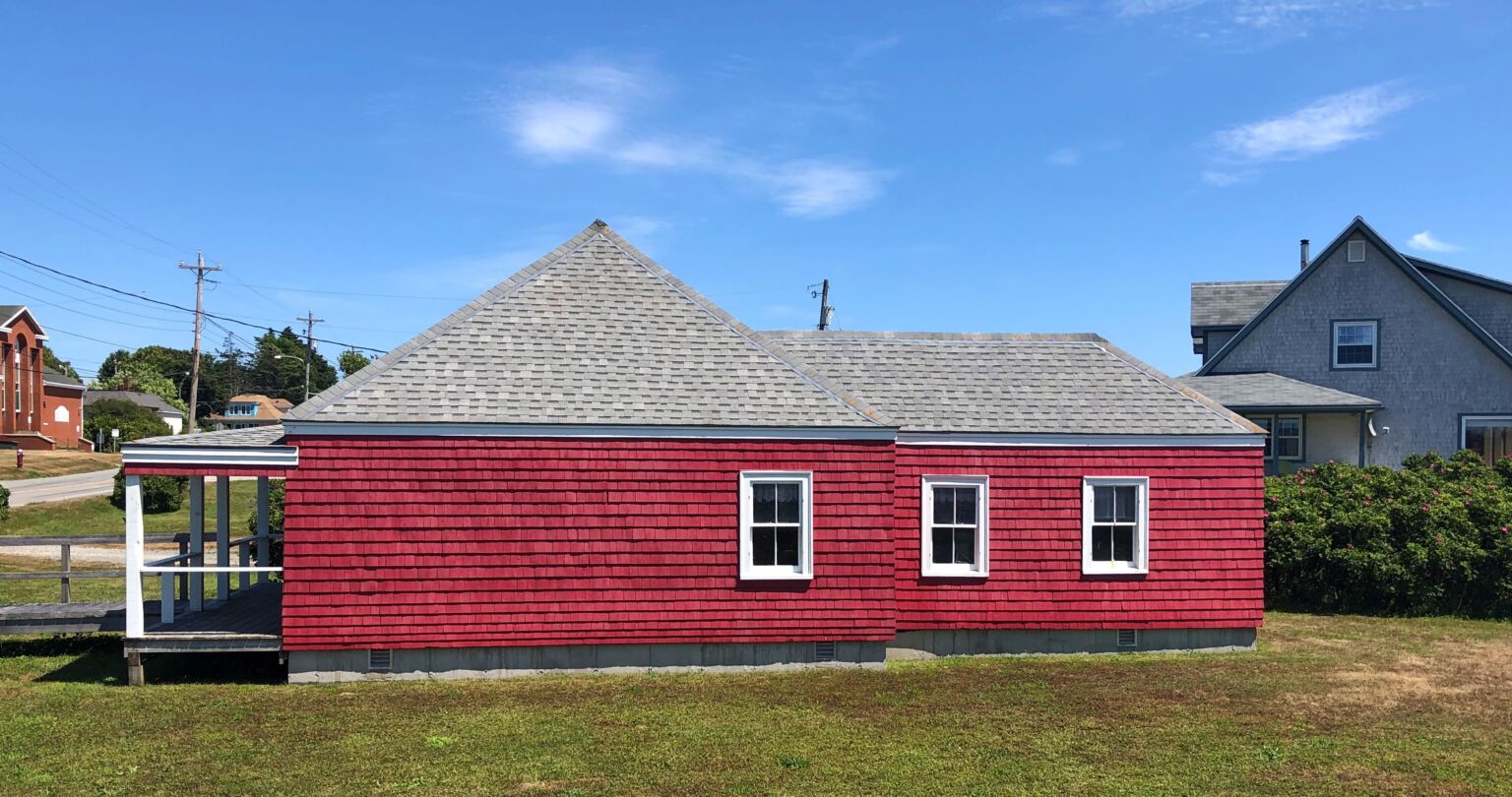 While waiting for the ferry in LaHave, I noticed the driveway of the house across the road was lined with weathered conch shells. More gold. Check this post for my conch story. 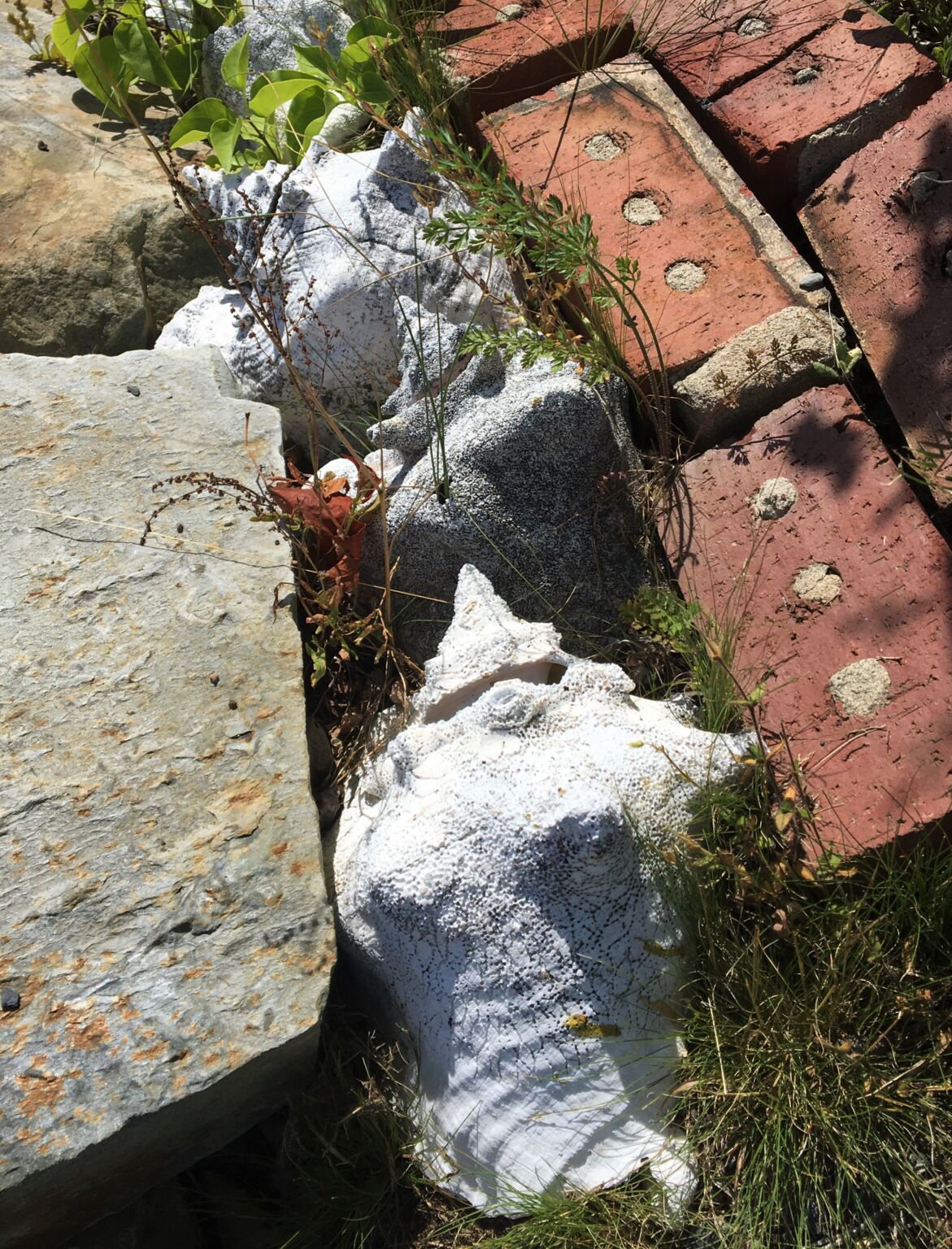 Really our reason to be on this shore was to spend a couple of days beside Summerville beach. I particularly enjoyed walking the long empty beach in dense early morning fog. A view and experience that probably has not changed much in a millennia or two.

The old train trestle, at the end of the beach, is so reposeful it is hard to imagine the scene animated by a steam locomotive hauling fish from Lockeport and timber from Liverpool. Chug, chug. Toot, toot. 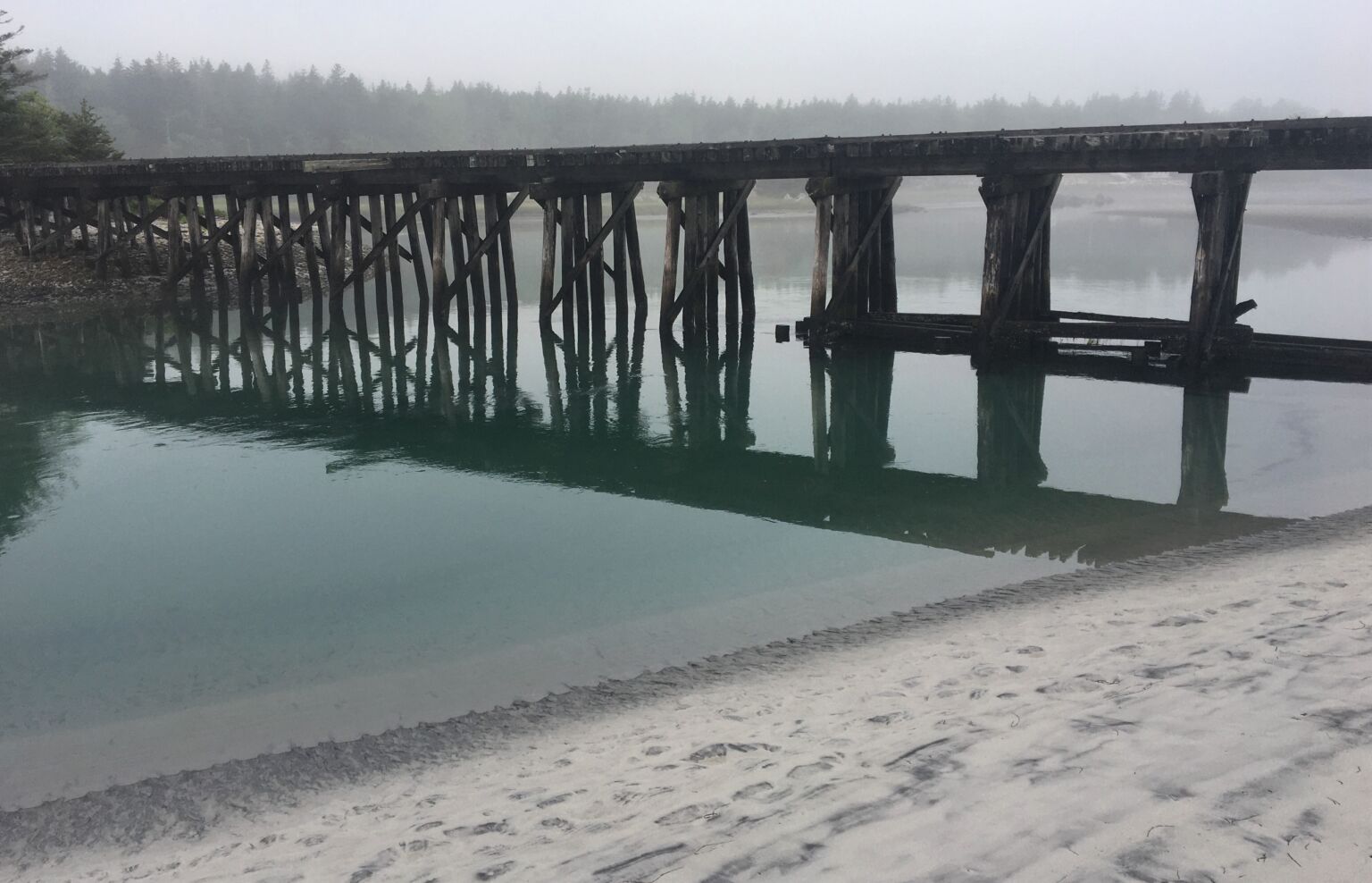 The Grill at the Quarterdeck is housed in a striking, modern interpretation of a big, vernacular fish shed. 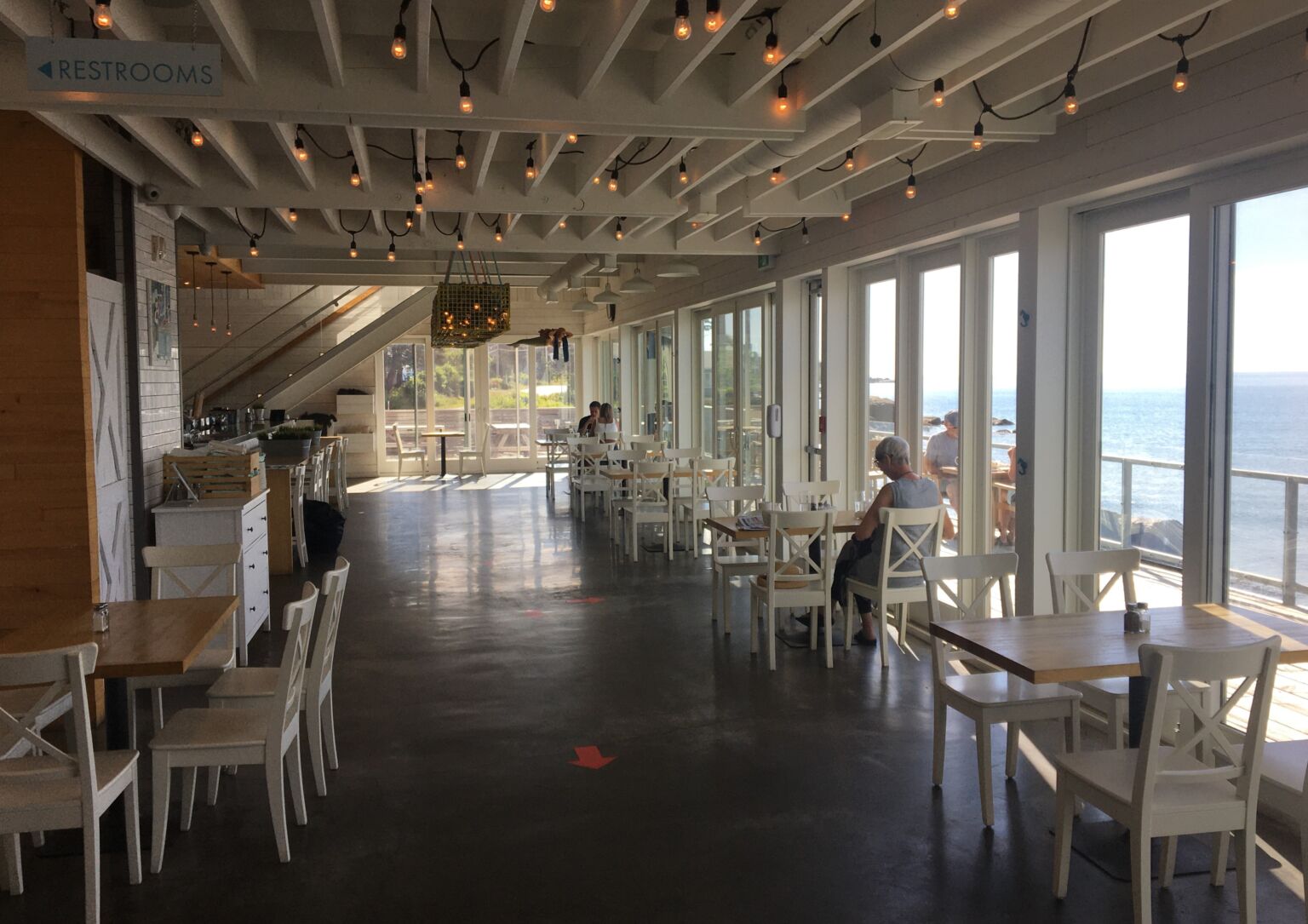 At breakfast we were entertained by a view of cormorants diving for their meal, and in the evening we dined while the sun set over the beach. Staying in Nova Scotia has not been a hardship. 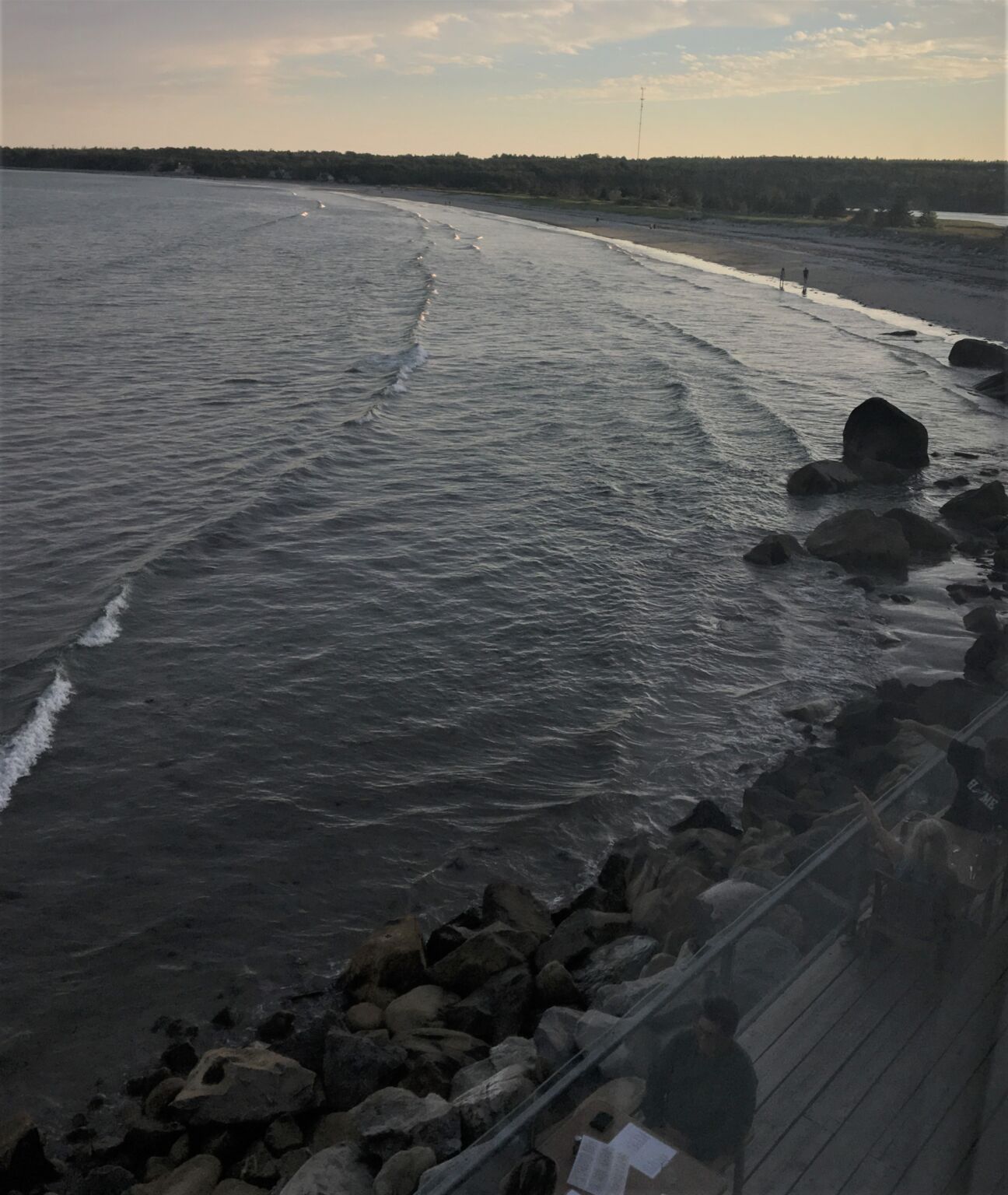