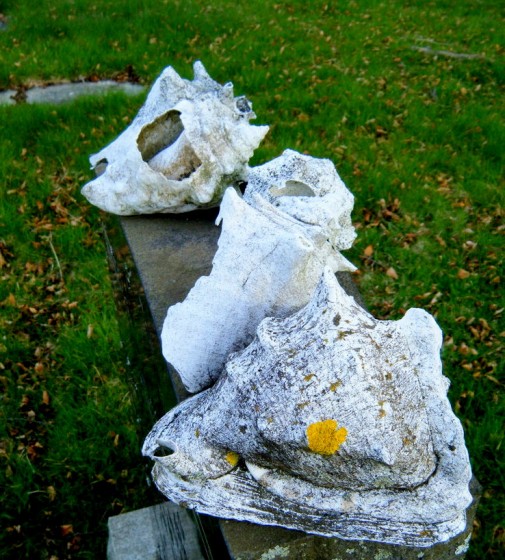 A few weeks ago we visited gardening friends in Lunenburg. Sitting on their back deck was a small collection of old conch shells bleached white with age. The shells had been discovered while they dug in their garden. None of us was surprised to find large Caribbean seashells in a Nova Scotian garden. 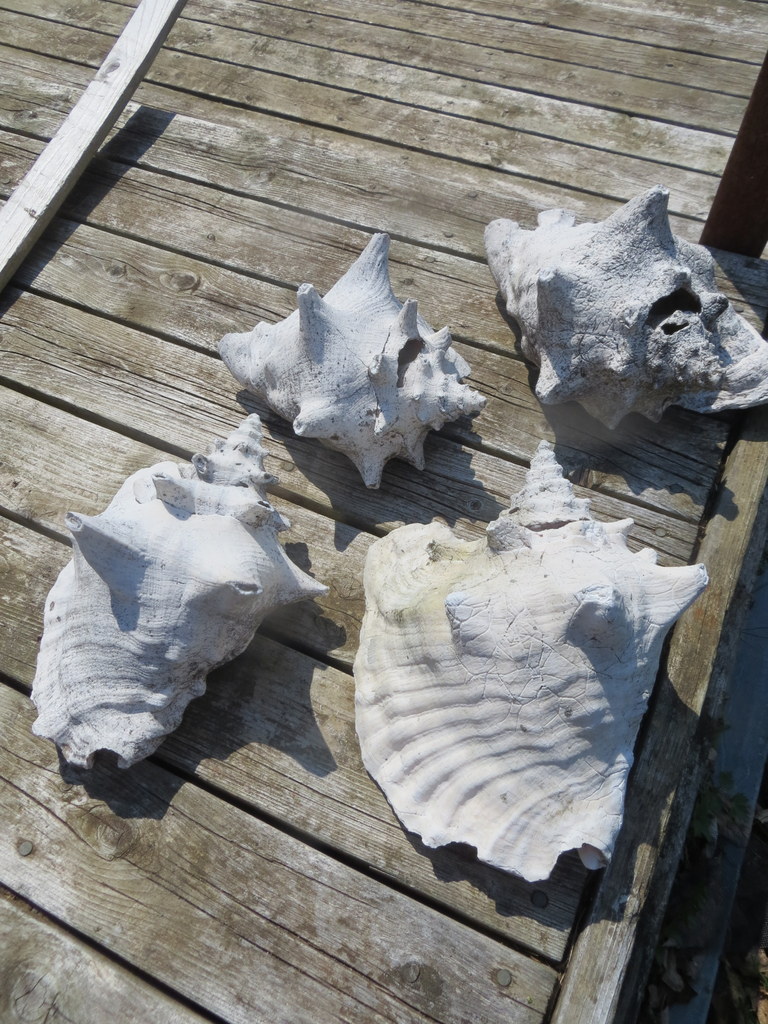 Conchs in the Nova Scotian gardens and landscapes is an unacknowledged tradition that I hope you’ll embrace. Here’s what I know.

When I was growing up in central Halifax in the 1950s and 60s a few houses in the neighbourhood had conch shells lining a flower bed. At the same time along the South Shore the practice was more common and often dozens of conchs could be observed in gardens. These days conchs are much rarer. I photographed these two survivors under a front yard shrub near Mahone Bay a couple of years ago. 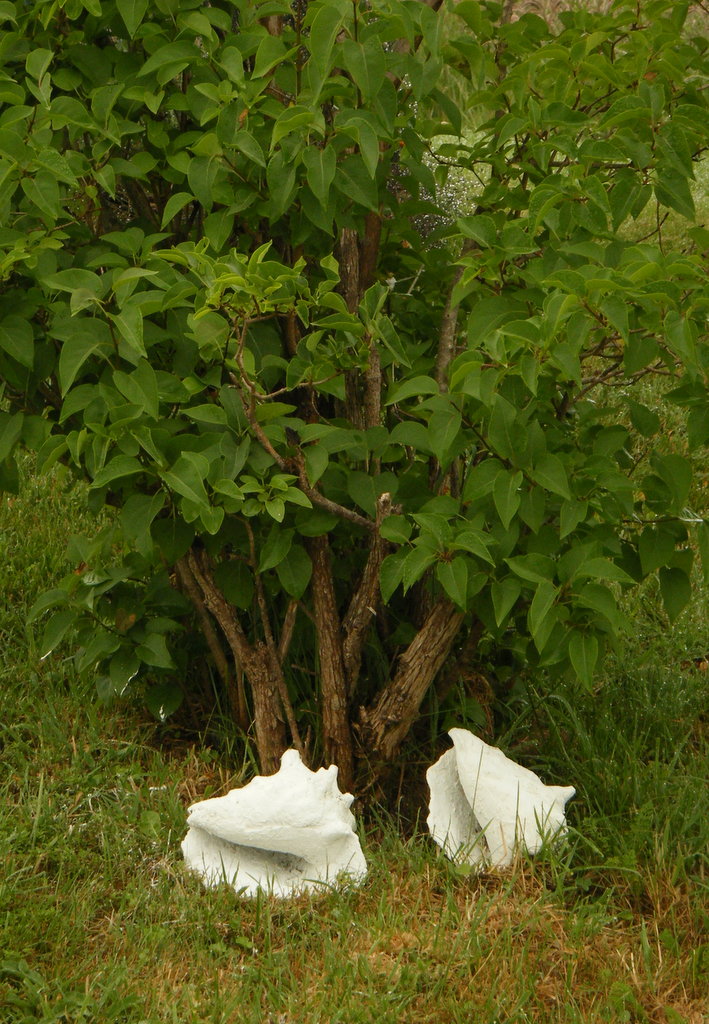 Most of the conch shells I’ve noticed recently were in cemeteries; a landscape that tends not to change rapidly. 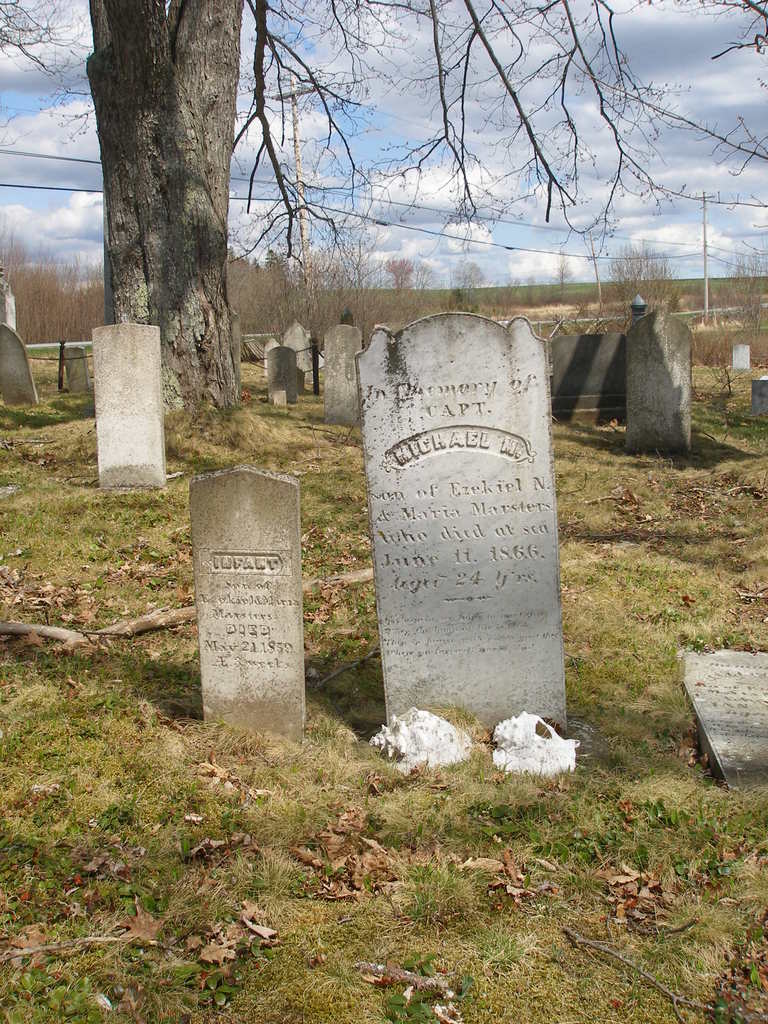 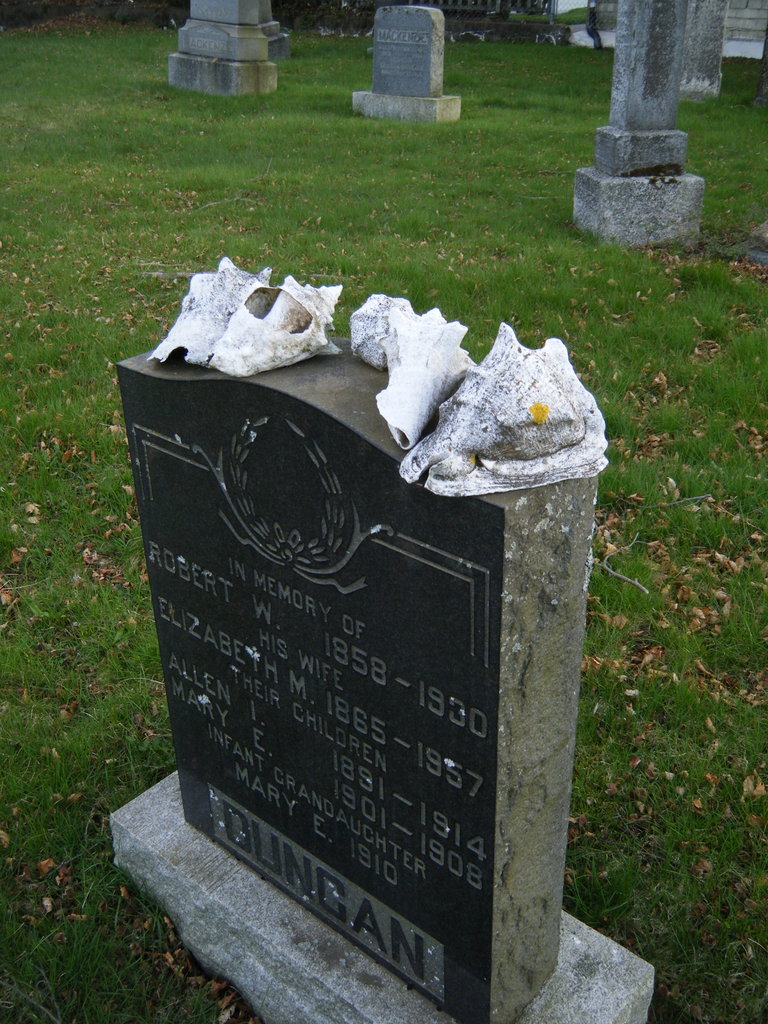 Moved away from the lawnmower in Dartmouth.

I’ve heard that volunteers working to restore gravestones in Holy Cross Cemetery in Halifax have uncovered many conchs and then reburied them.

So how did the exotic shells get here and what were they doing in our gardens? I suspect most of the shells are a hundred plus years old. It appears that they came back on the schooners that transported our salt cod to the Caribbean. Along with rum and molasses it could be easy to ballast your vessel with conch shells on the return trip. Huge piles of shells accumulate on the islands where conchs are processed to extract their meat. Here is a present day mountain of shells in the British Virgin Islands. 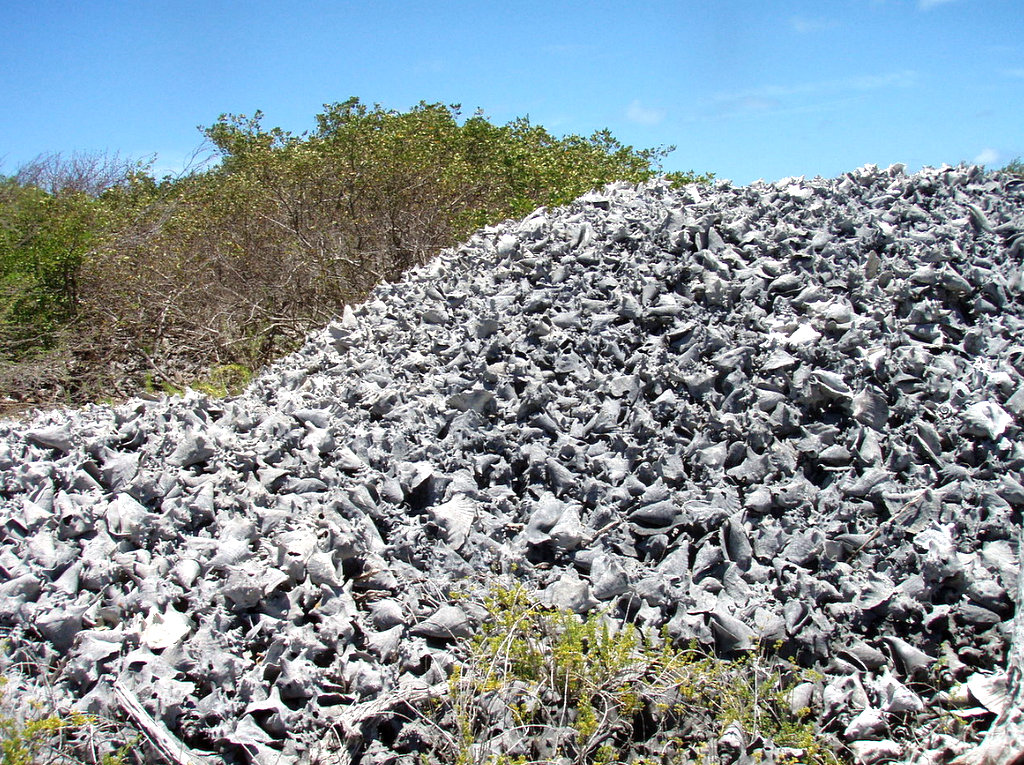 The conchs made it into our gardens because of the Victorians’ enthusiasm for the exotic and the picturesque. I had it in my head that decorating with conchs dated back to the 19th century but I had never seen any references or done any research (I don’t do research). Then it occurred to me that maybe shells might show up in old photographs. On the Public Archives of NS site I searched for Lunenburg and one of the first photos that popped up was of an 1890s shot of a tidy house on Pelham Street in Lunenburg. 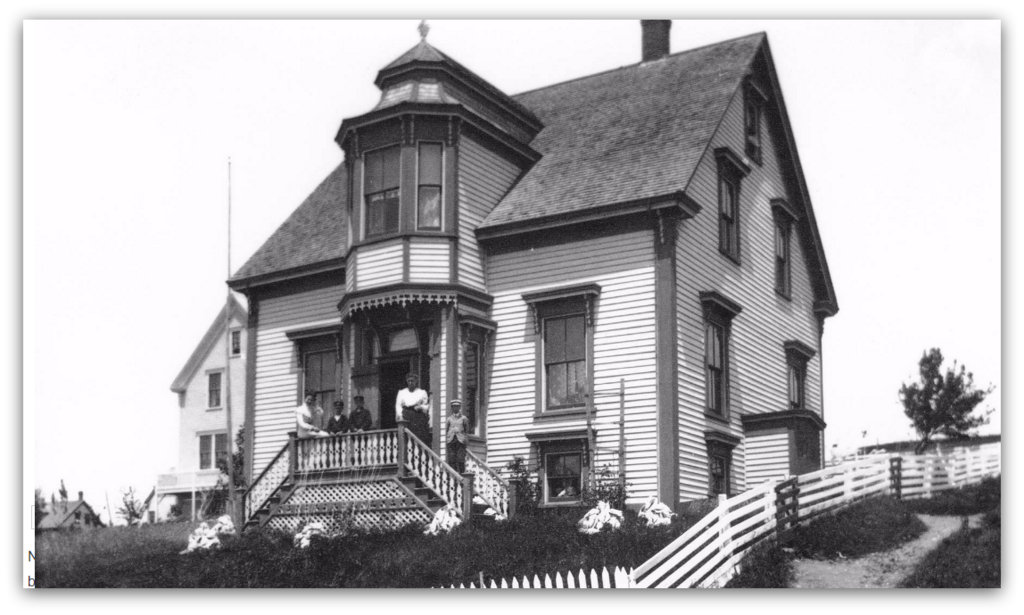 When I zoomed in to look at the family members on the veranda there were conch shells on the bottom steps. Then to my astonishment I realized the white mounds along the front of the house were piles of conch shells!  In what appears to be a very tentative garden the major landscape statement are piles of shells. I estimate about 70 to 100 shells. 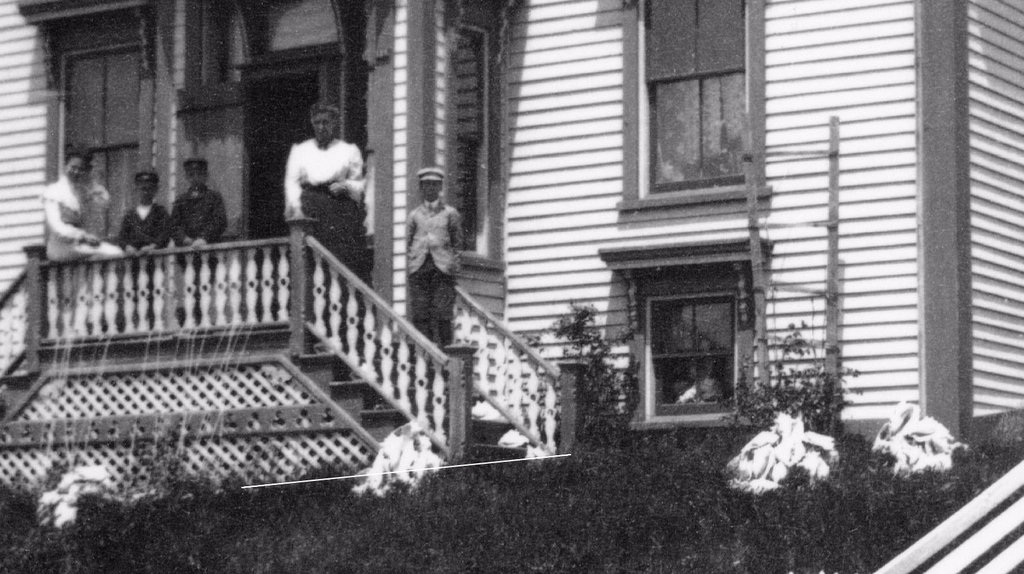 A few years later, Captain WH Conrod in Vogler’s Cove had conch shells outlining terraces in front of his house. 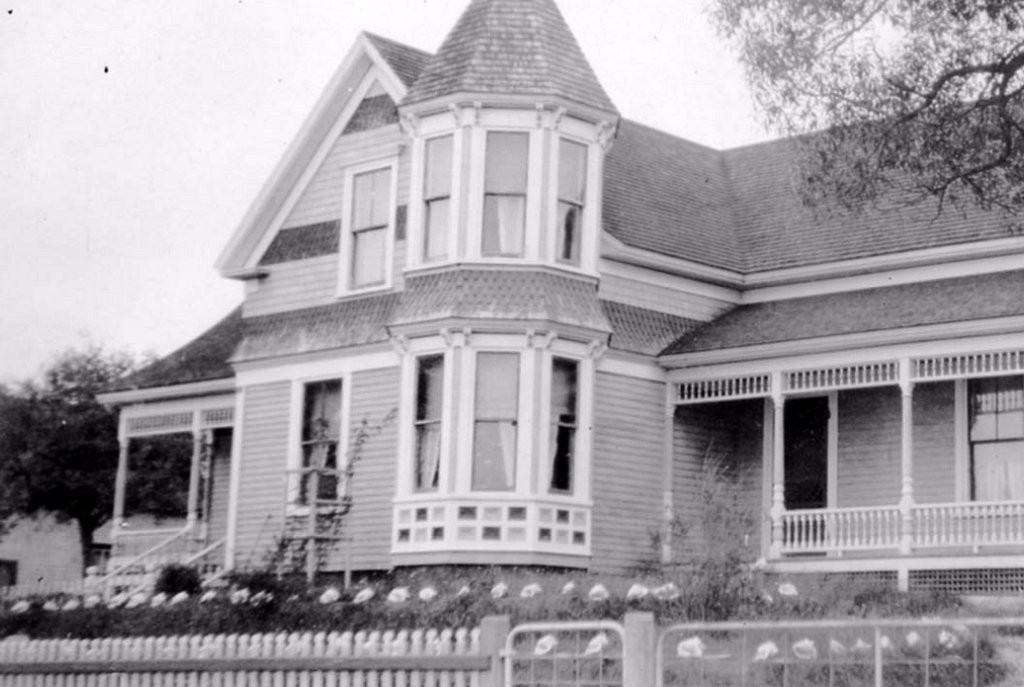 That tradition is alive and observable as a South Shore photo taken this spring confirms. 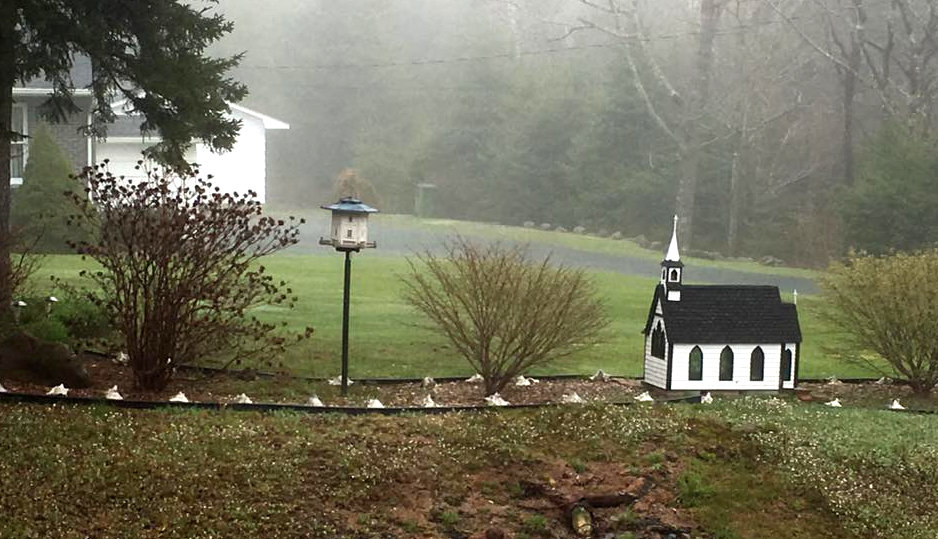 In the long list of things that make Nova Scotia special the garden conch deserves a place. It represents a traditional trade link with the Caribbean and is an enduring decorating element that is rich with meaning. 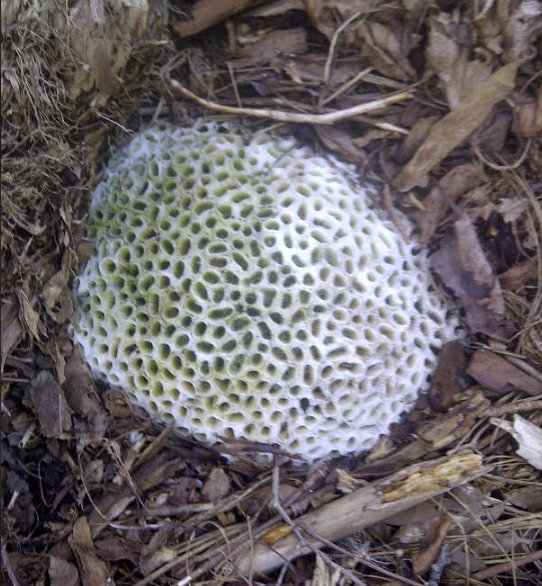 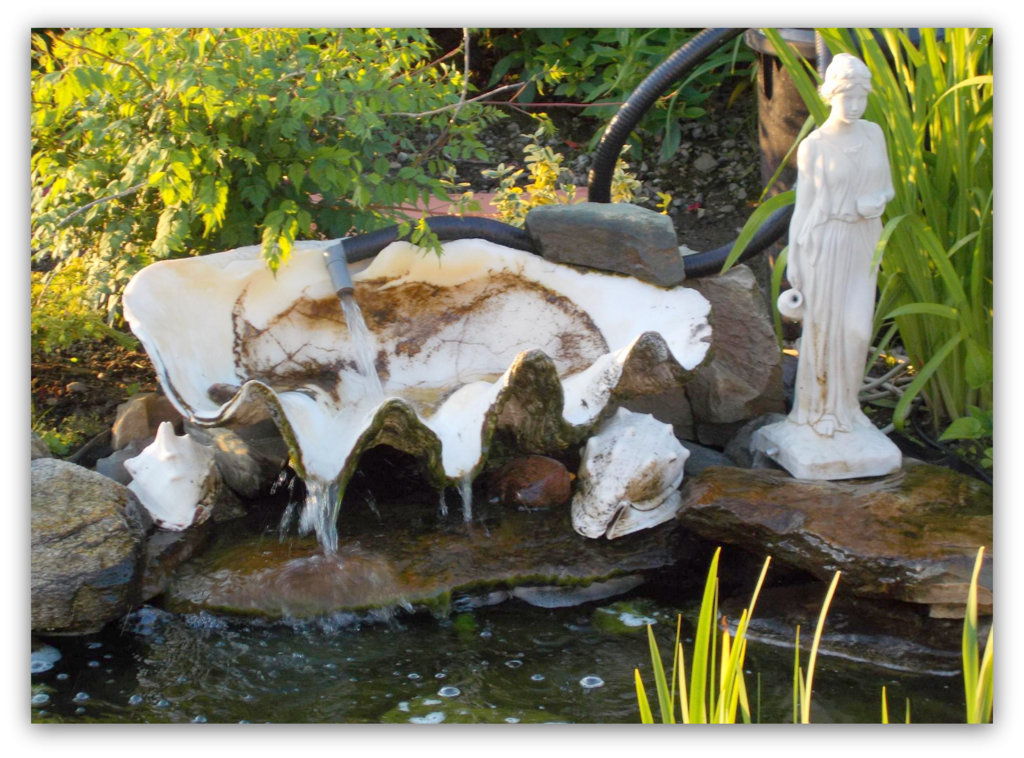