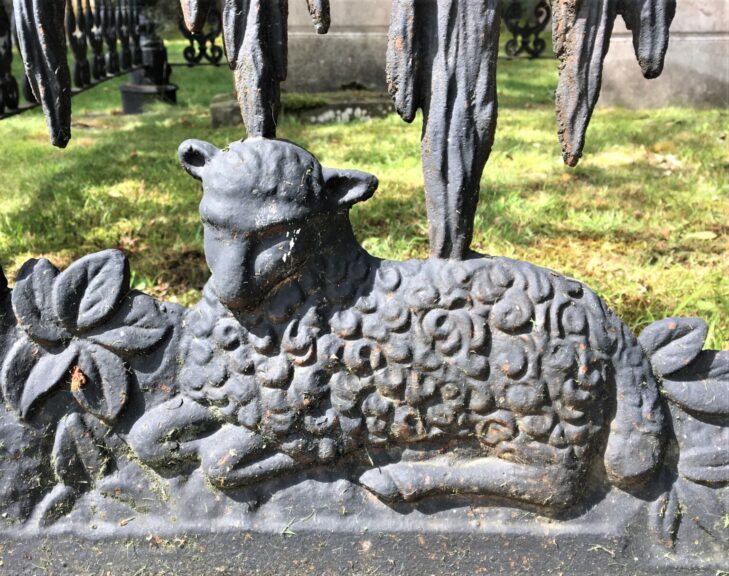 On the way back from Summerville Beach we stopped in Liverpool for a quick look at the cast iron fences that surround plots in the Old Burial Ground. The last time I visited these little iron delights was over 40 years ago so my memories were, let’s say, sketchy.

My first surprise was to realize that this is a great collection of decorative iron fences, probably the best group that survives in the province. So well worth a visit if you want an authentic glimpse at the decorative sensibilities of Victorian Nova Scotians.

The quintessential iron cemetery fence is a lamb and willow design. The distinctive pattern is found in graveyards throughout the province and was produced by a number of local foundries. The Liverpool casting is particularly fine. 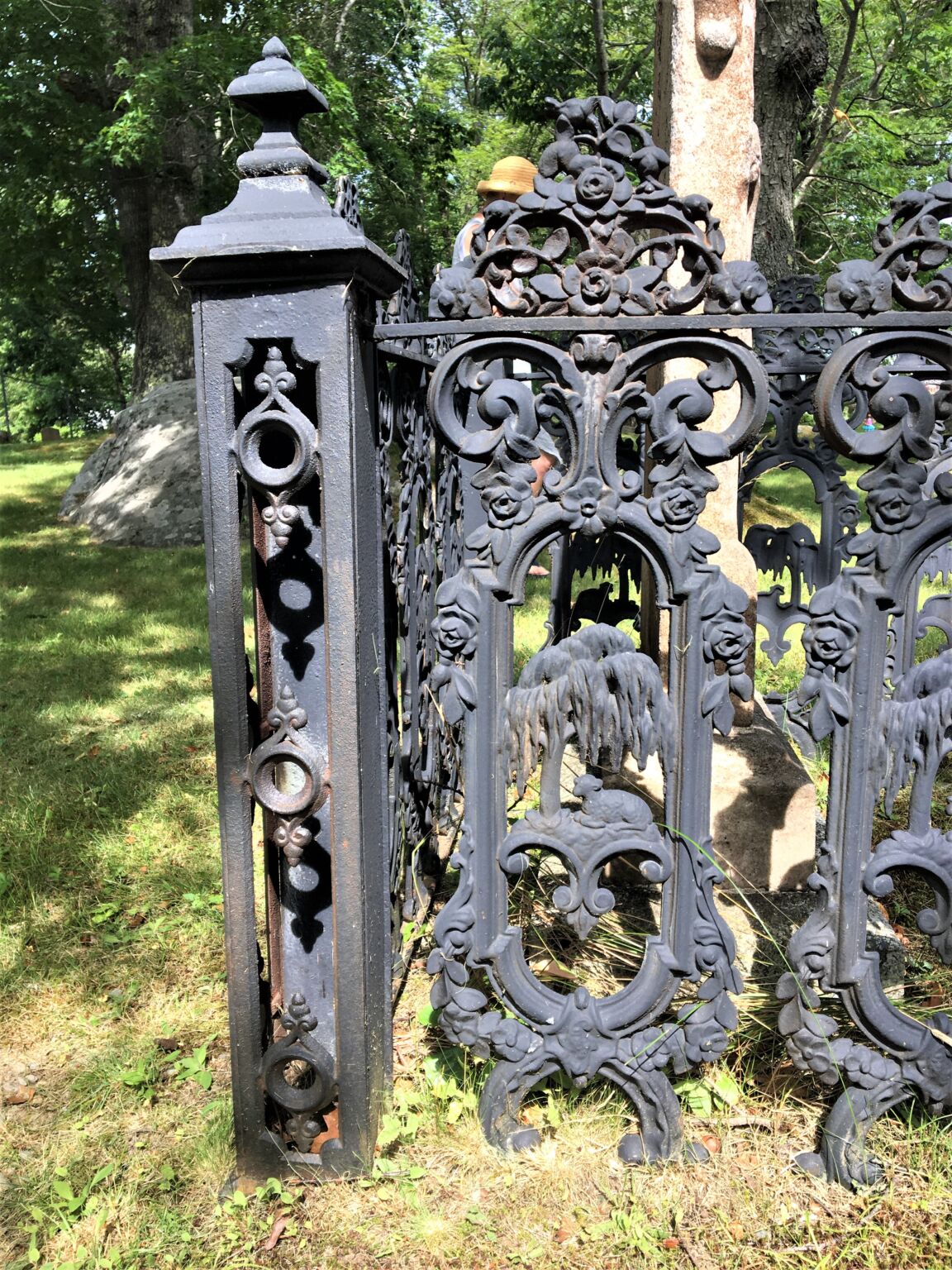 On another plot there is a gate with the sheep and a willow theme. It is extraordinary to see posts so well preserved and the designs so crisp. Helpfully, the date is cast into the gate: 1867. Most of our iron cemetery fences probably date from 1855 to 1890. 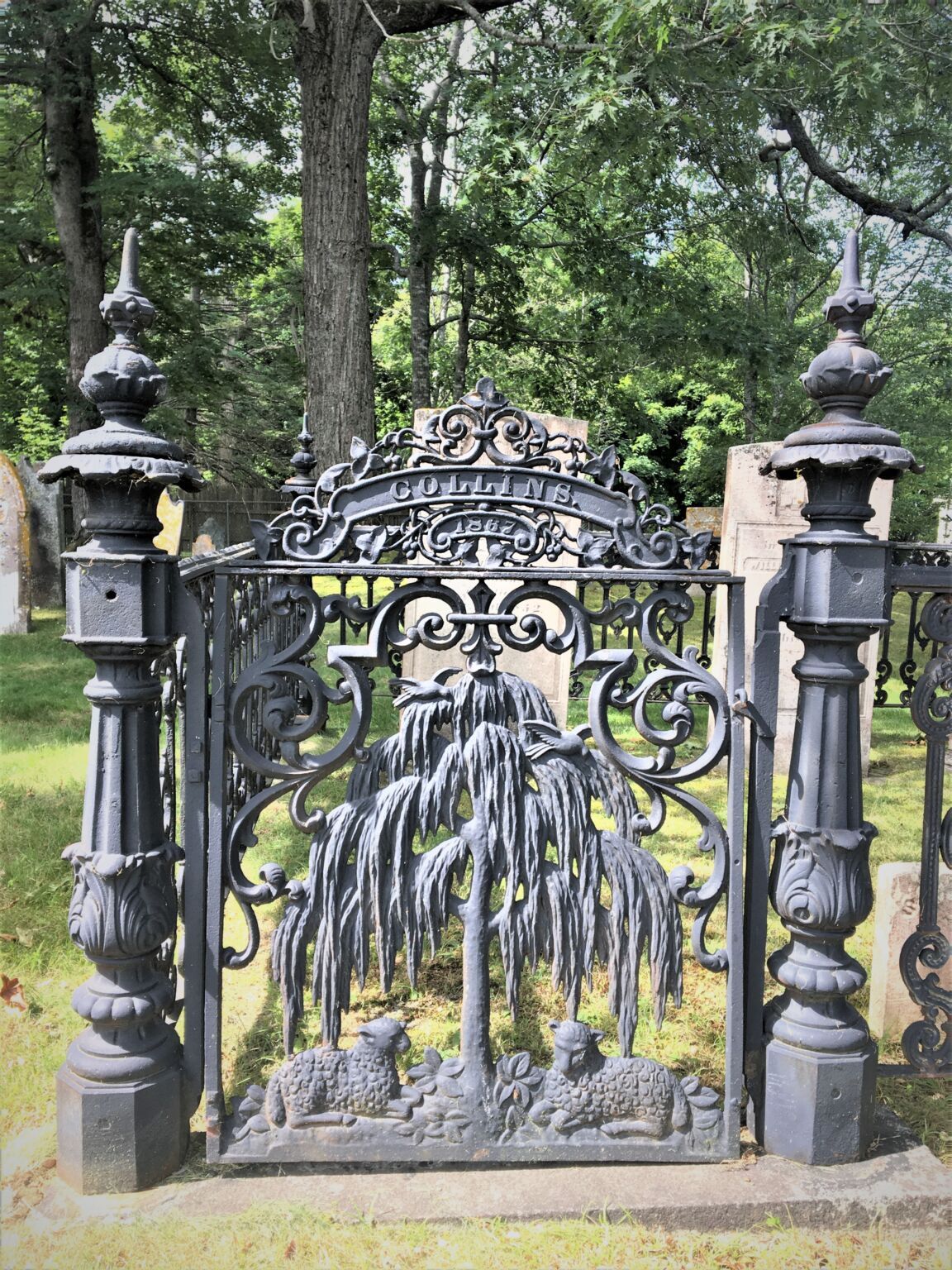 The weeping willow motif is also well represented on gravestones. So many beautiful variations of this theme. 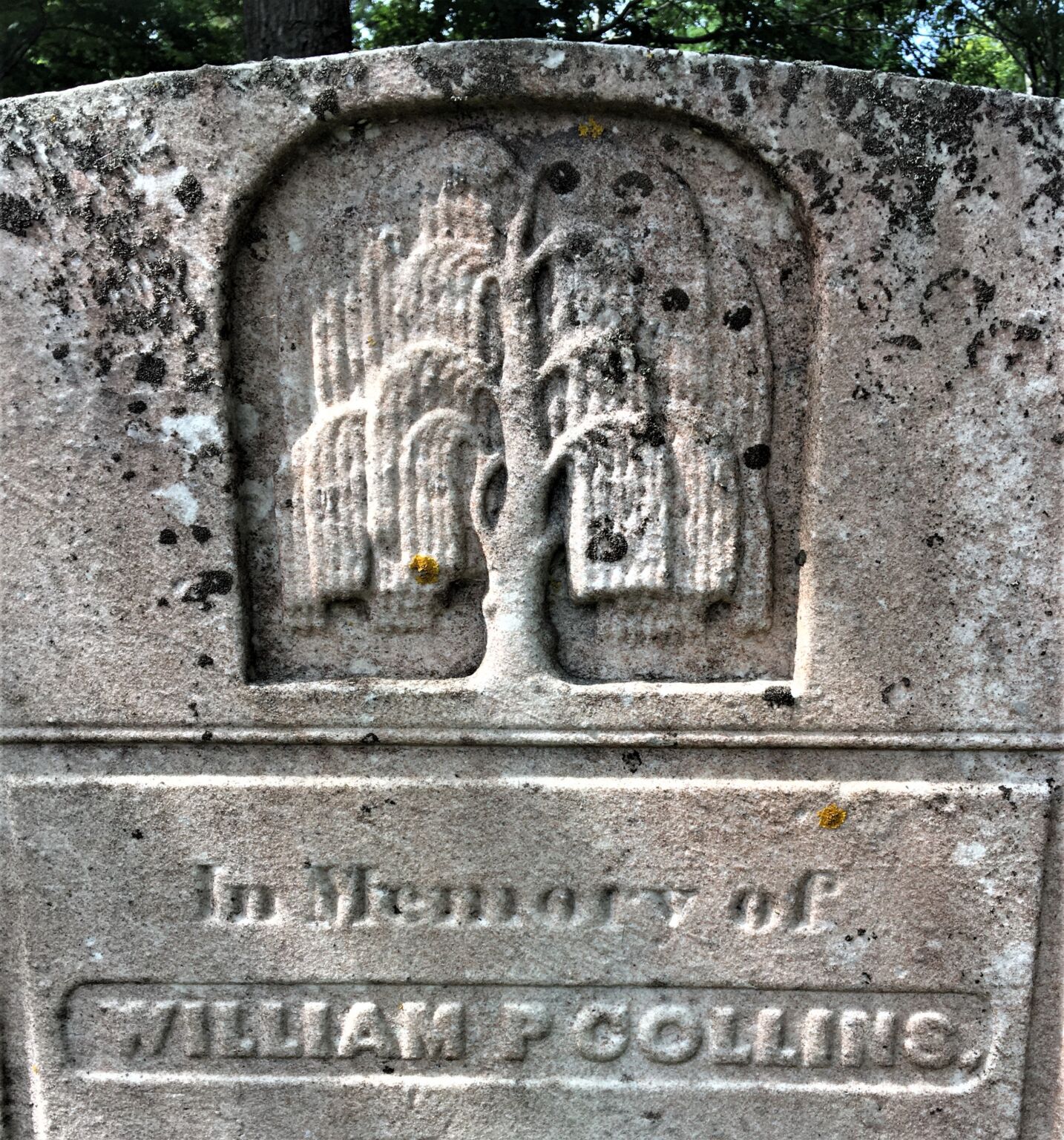 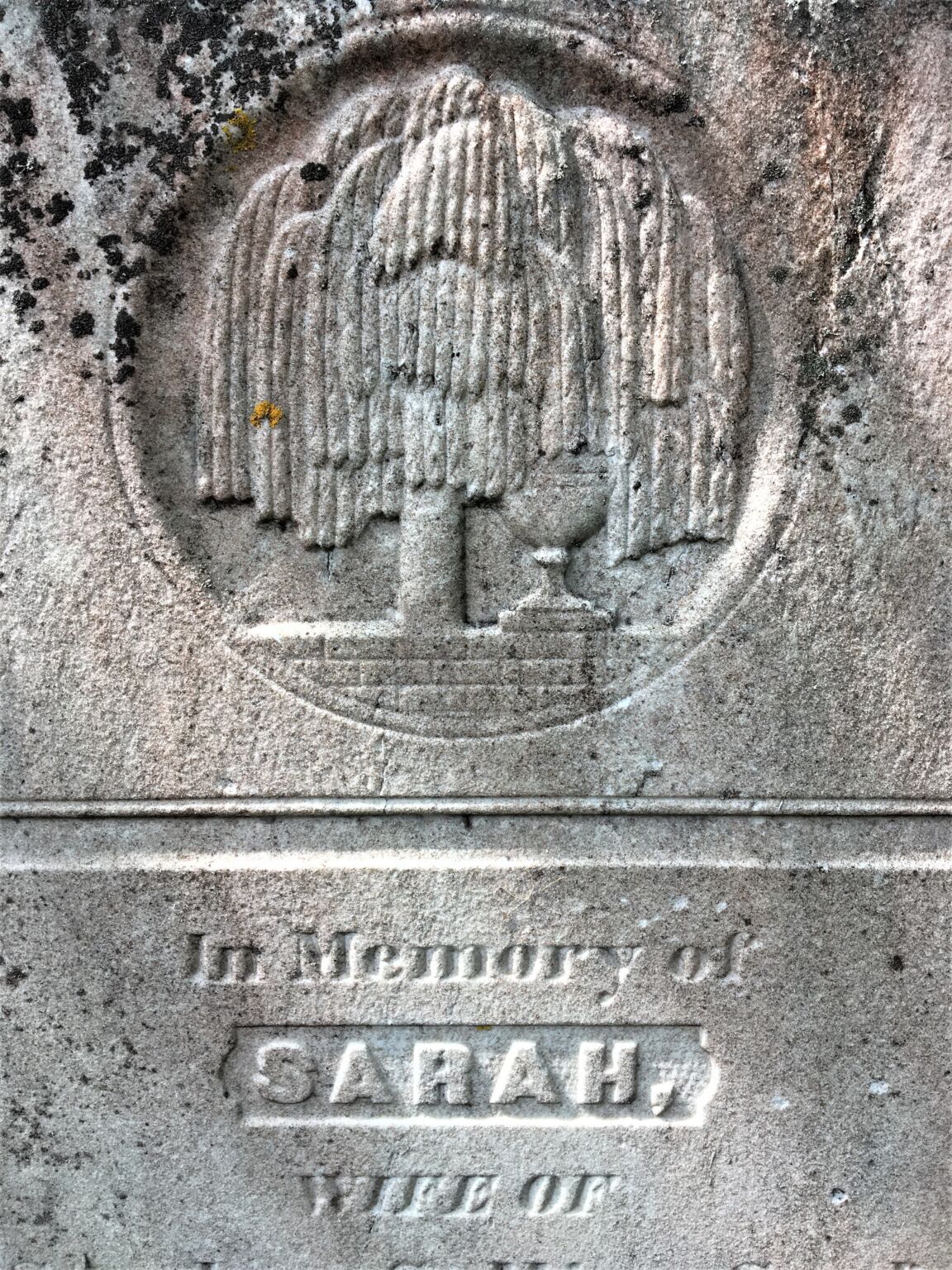 Another popular fence design that is seen in many graveyards. 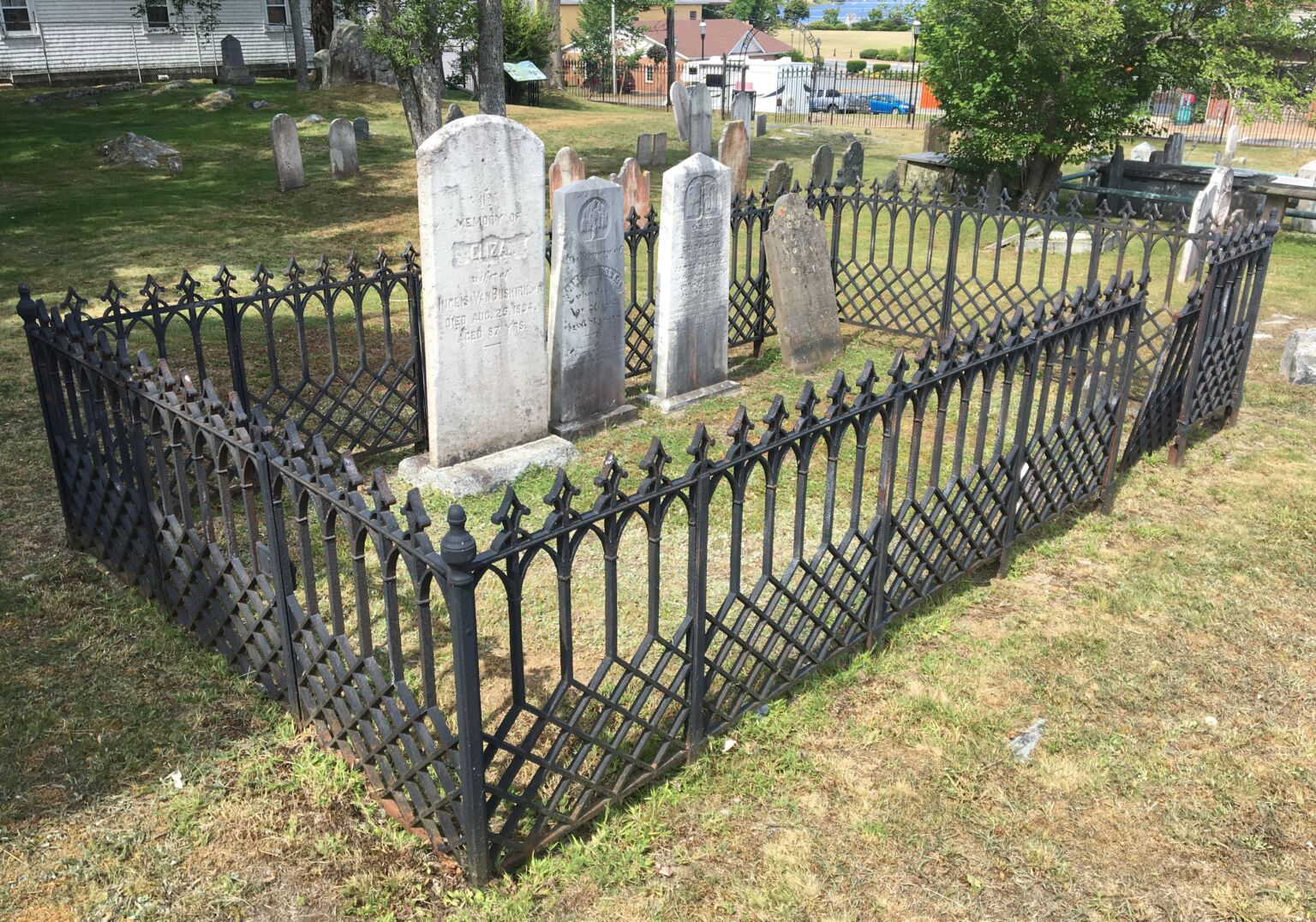 The Old Burial Ground is very well maintained and has a series of interpretation panels with thoughtfully chosen stories. One describes the materials used for graves markers, and that’s information you can use in any old cemetery. 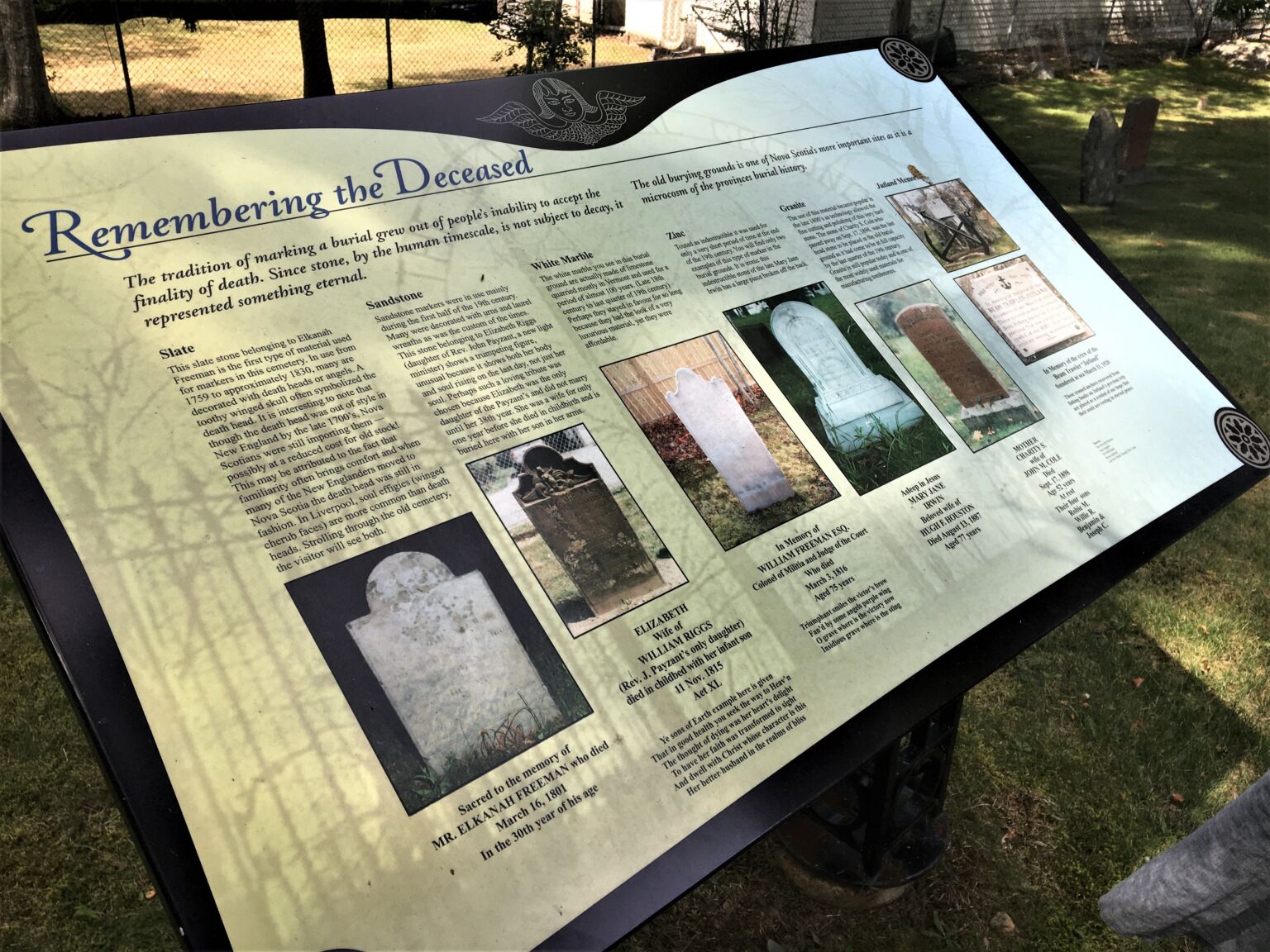 It’s always fun to see old photos of a landscape you are standing in, and gratifying when the view has actually improved. One of the interpretive panels showed this image, c 1900, of the original fountain in a pond. This was at a time when the old style burial ground was converted into the park-like setting of a modern cemetery. 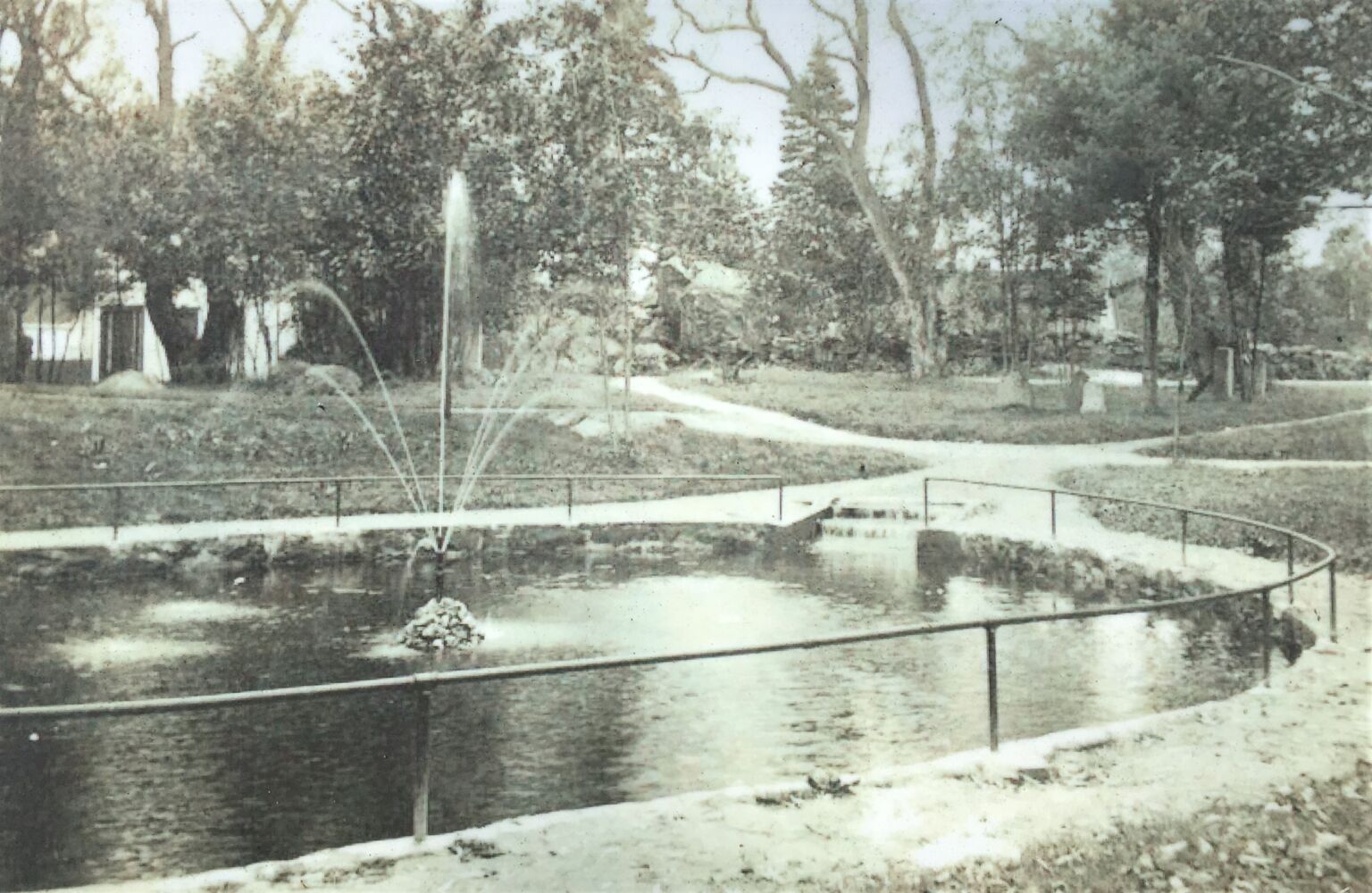 The Old Burial Ground dates back to 1760, so it has seen a number of stylistic changes over that time. 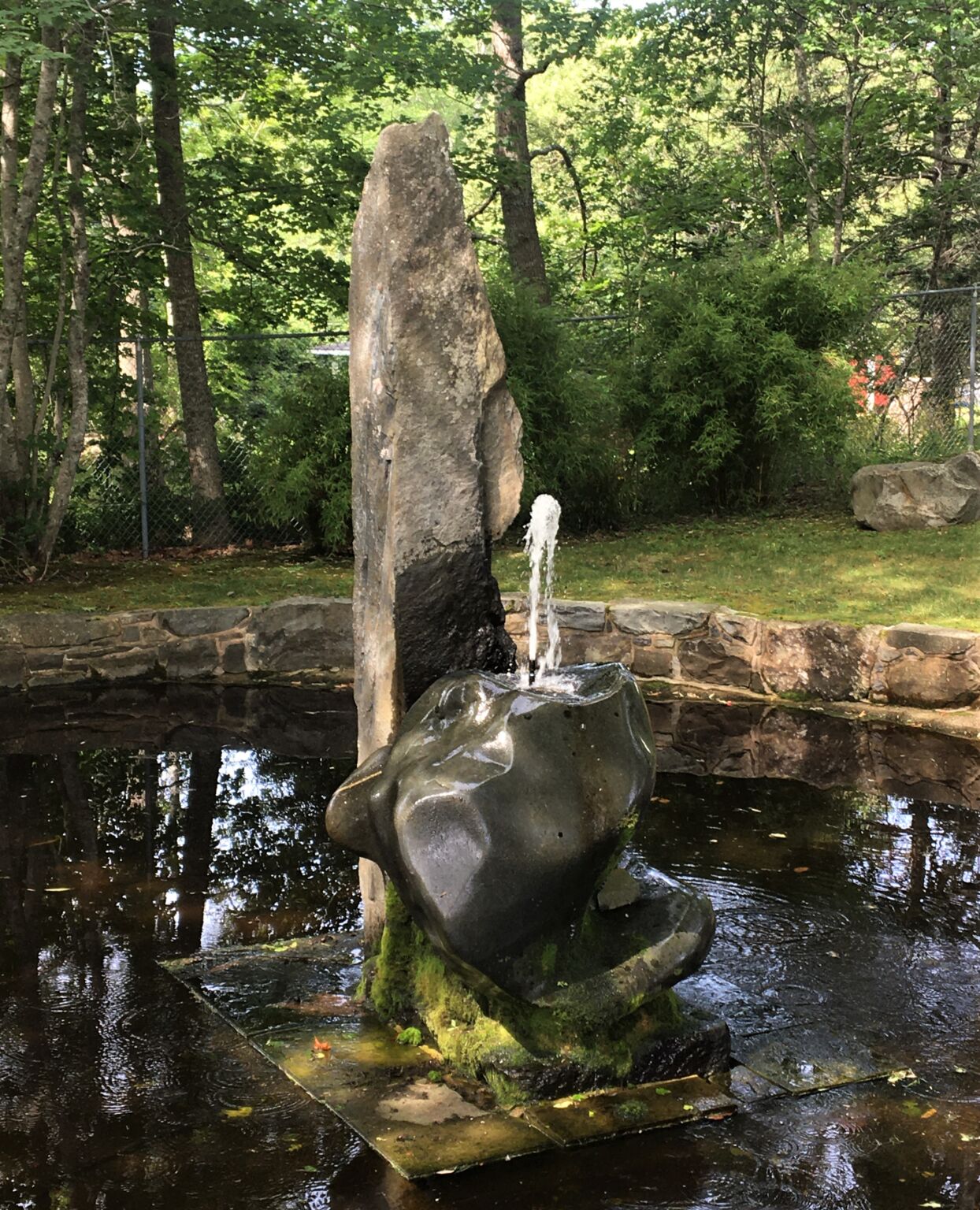 Across the street from the Burial Ground, the 1820s Trinity Anglican Church elevates some impressive metalwork: a weathervane with lots of balls. 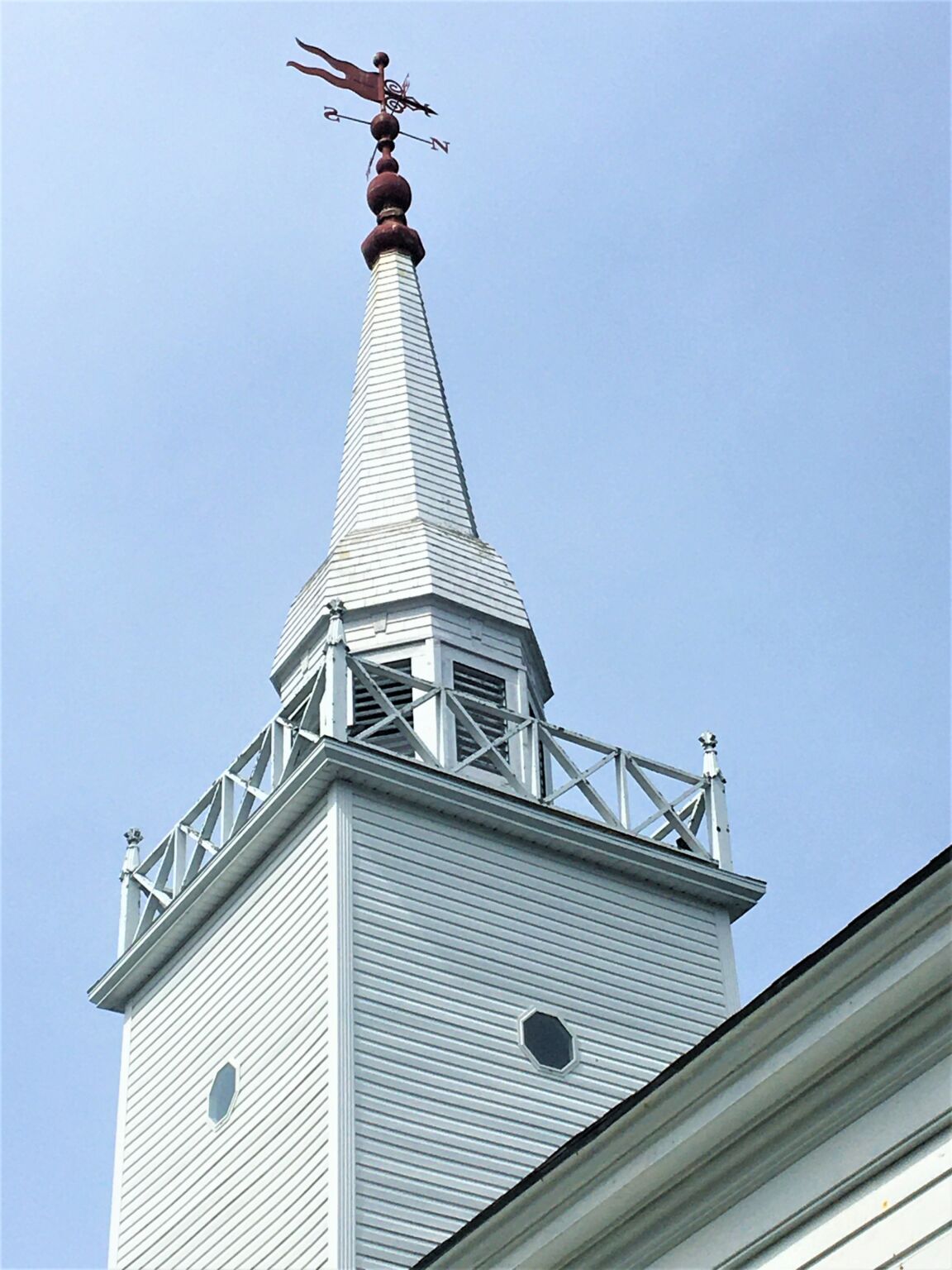 And an iron railing with remarkable wooden Gothic-style gateposts. 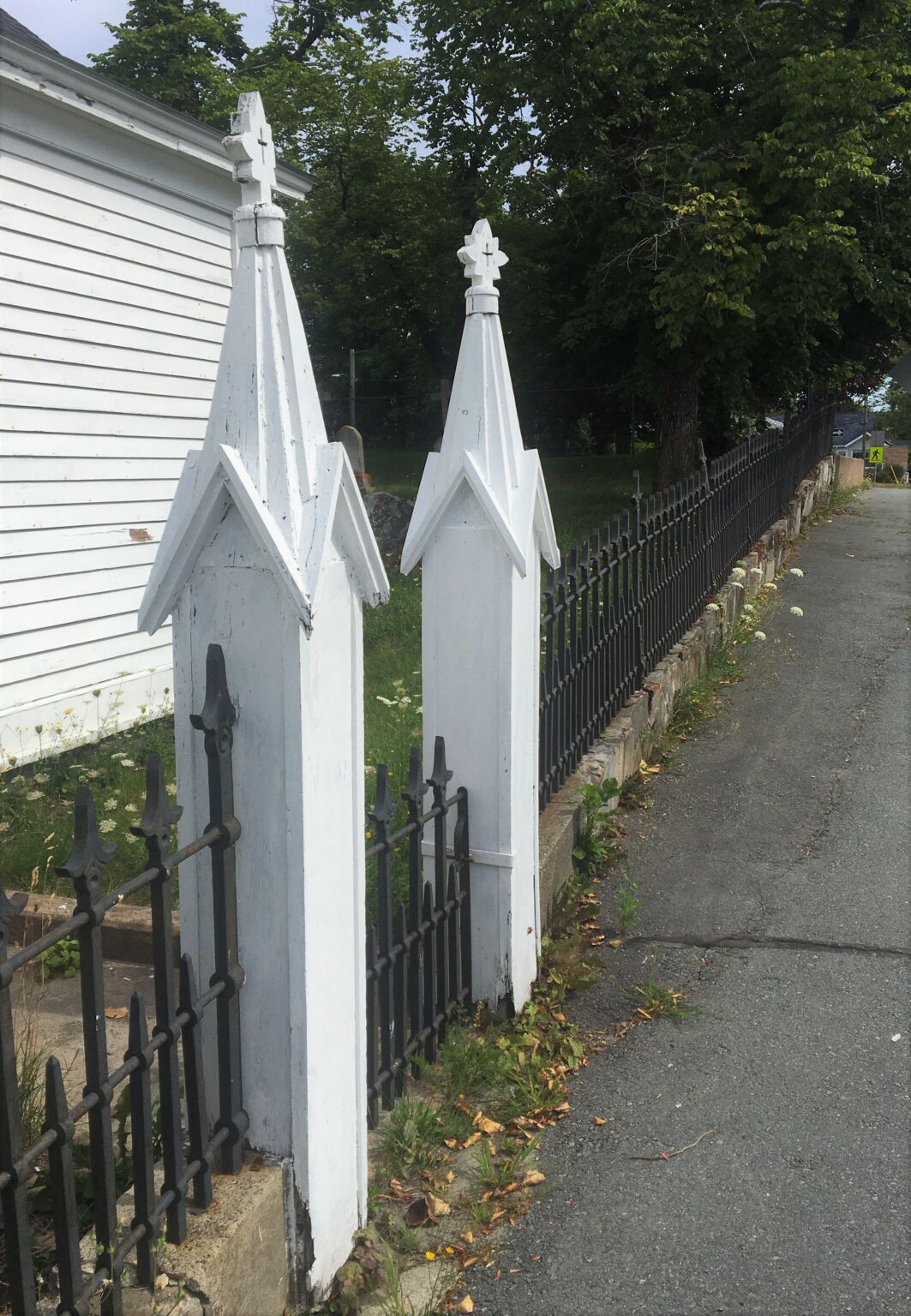 Less well maintained, but filled with ironwork riches, is a little cemetery on a rocky slope, back of Trinity. 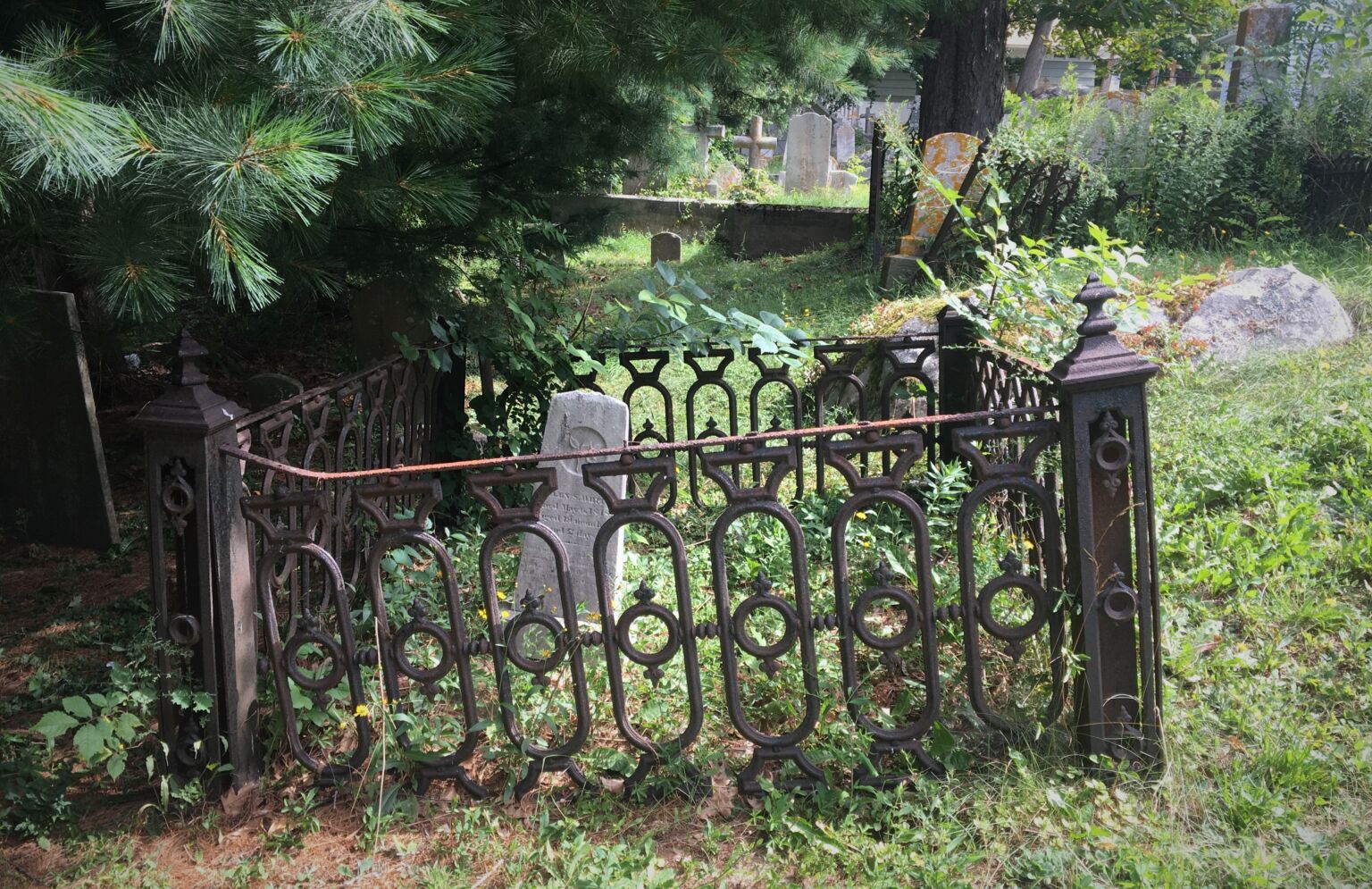 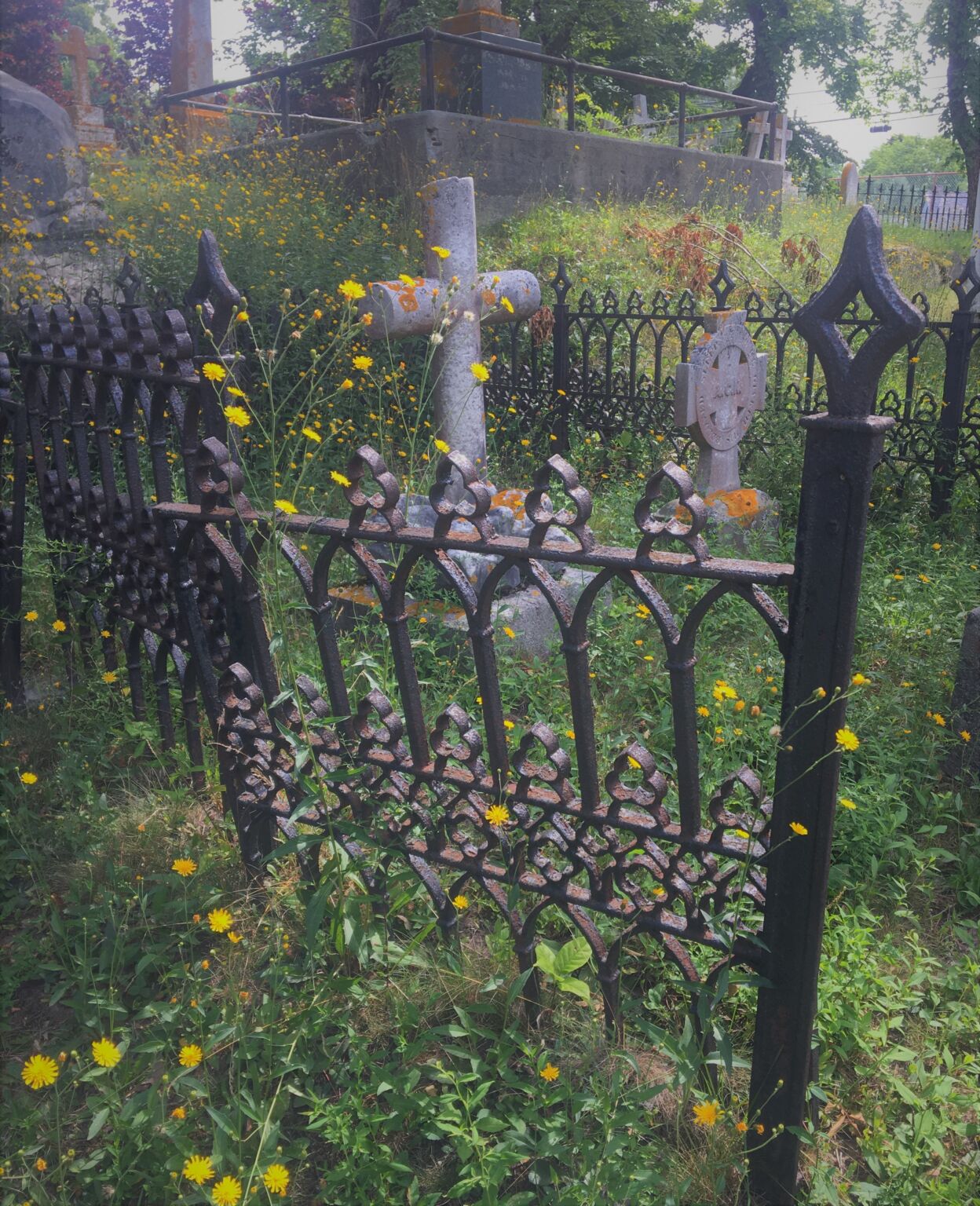 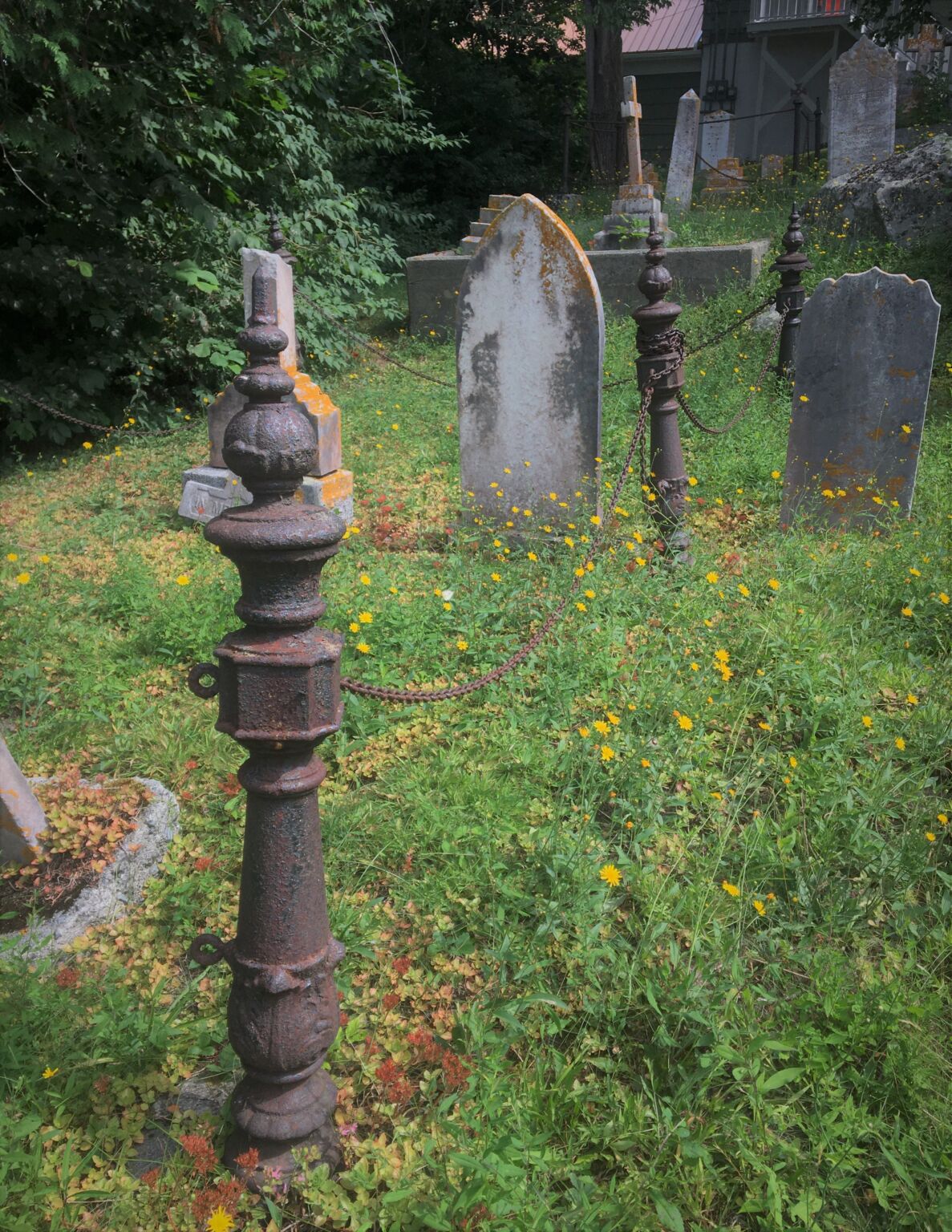 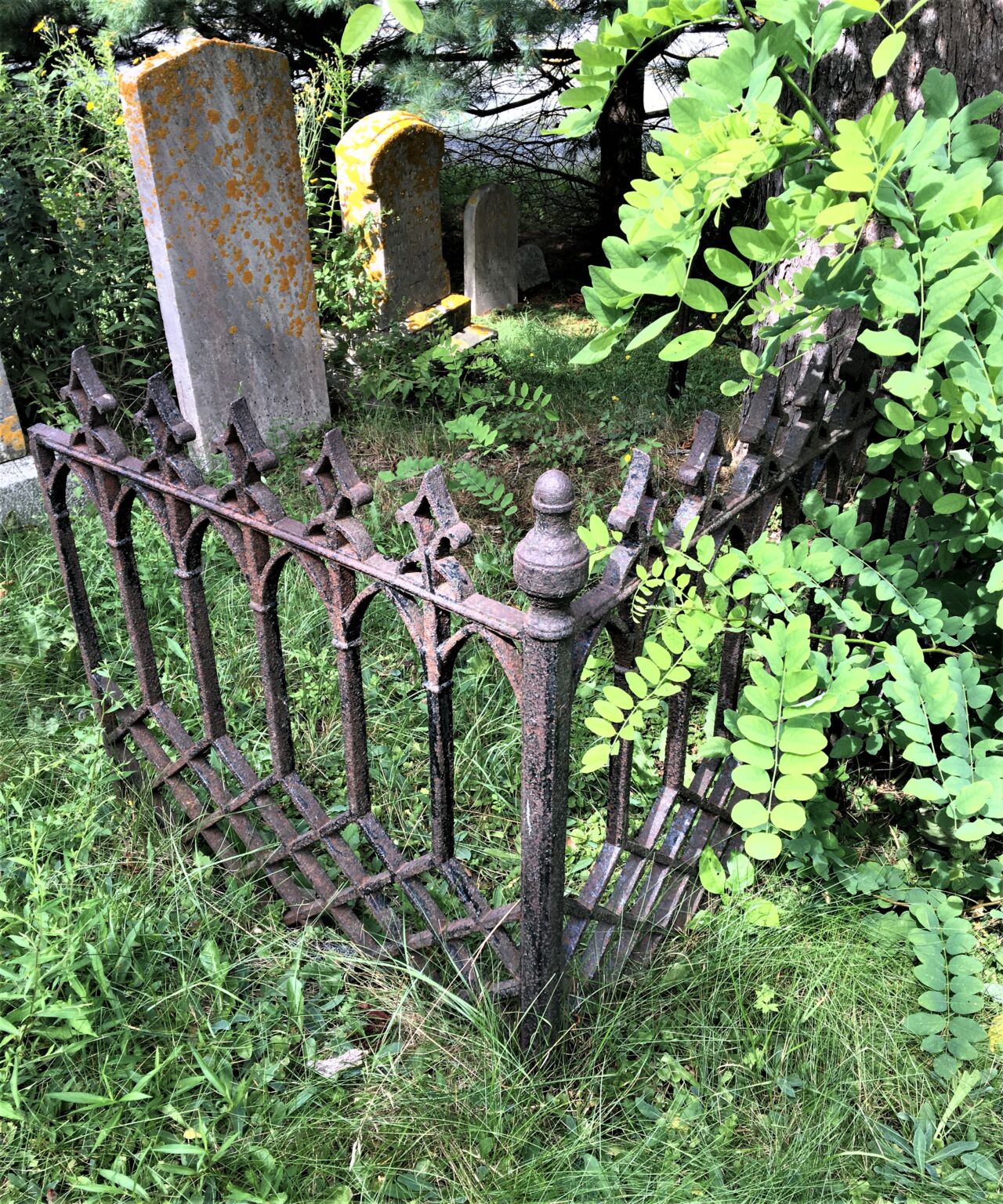 I was thrilled to see this collection because it gives a sense of how common iron fencing once was, and how fragile its survival might be. An ambitious lawn-mowing contractor could clear all these away in a morning. 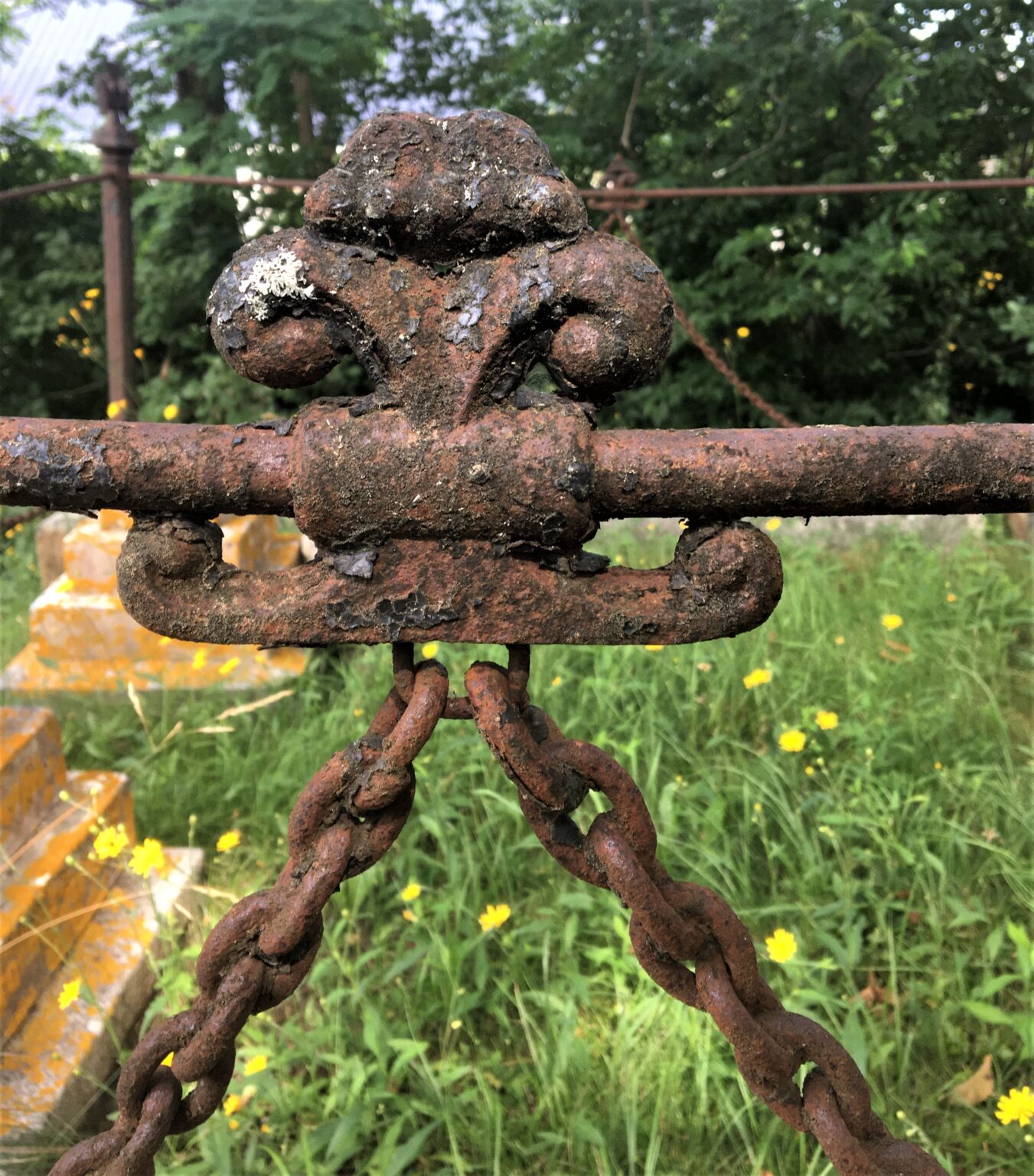 This was a popular style of cast iron grave marker. The name of the deceased was printed on a colourful card and installed under glass in the rectangular iron frame. Sadly, but not surprisingly, none of these cards survive from the 1880s when these novelties were sold. 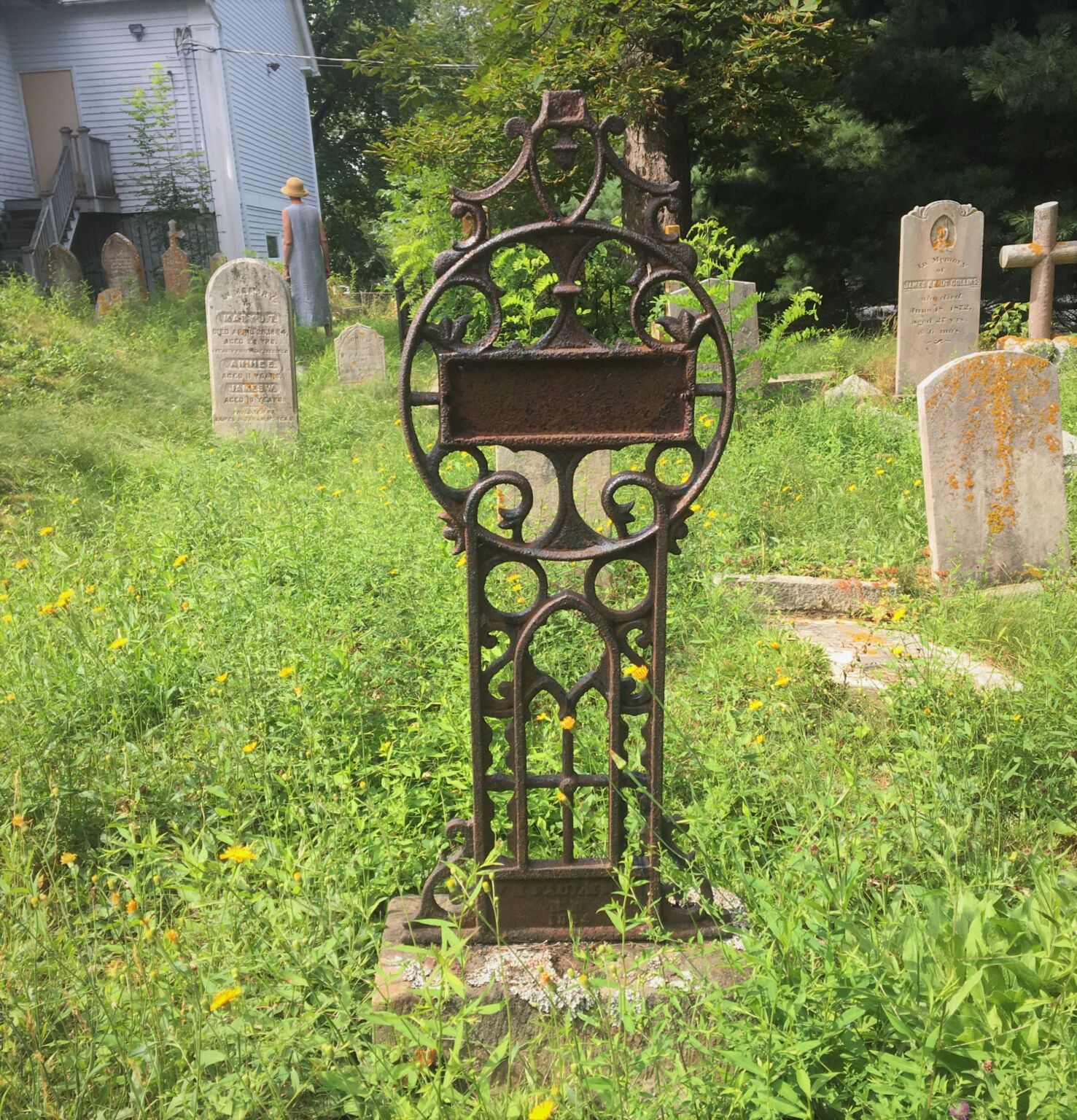 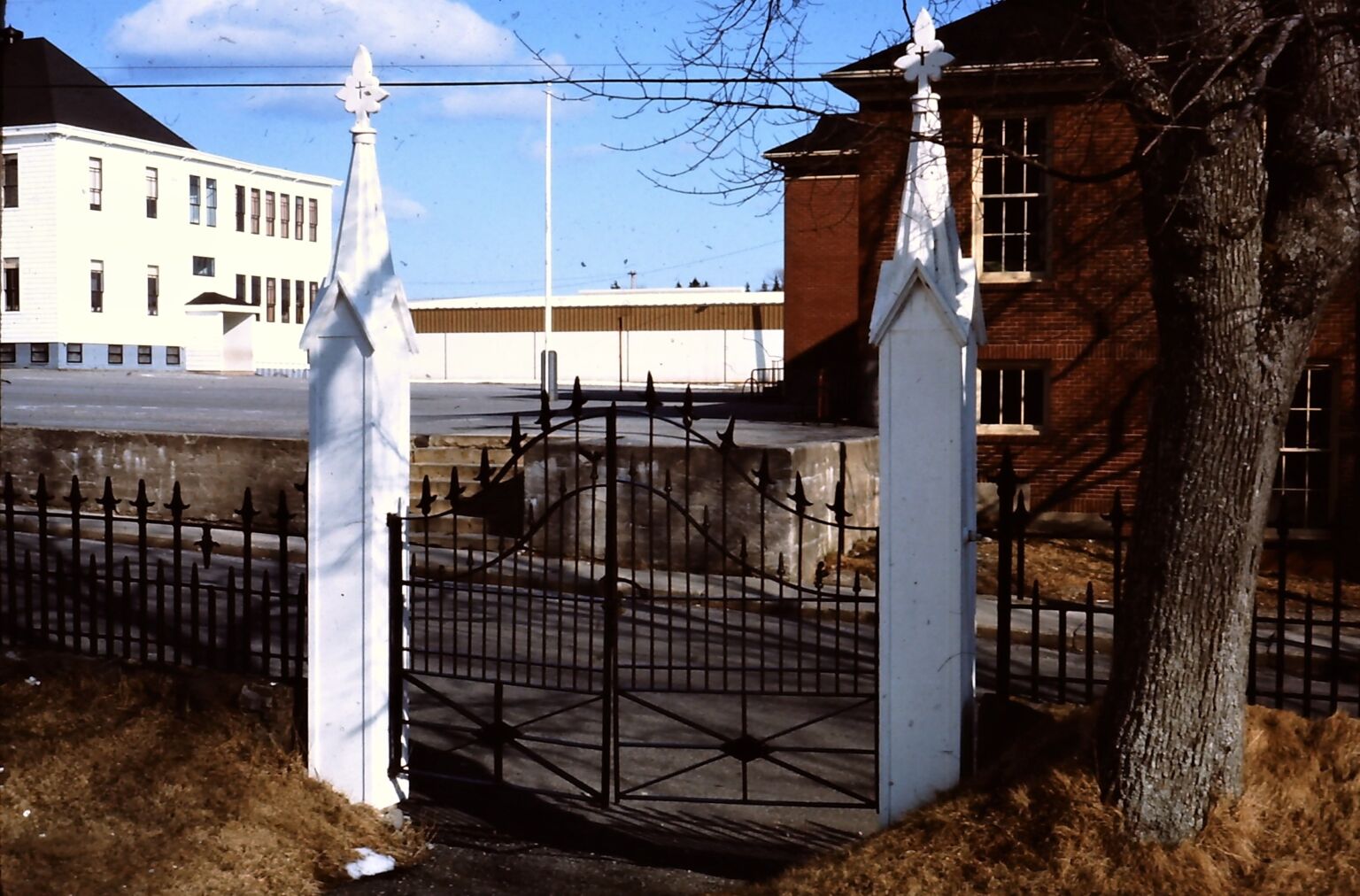 A new entrance arrangement preserves the posts but pulls them further apart. 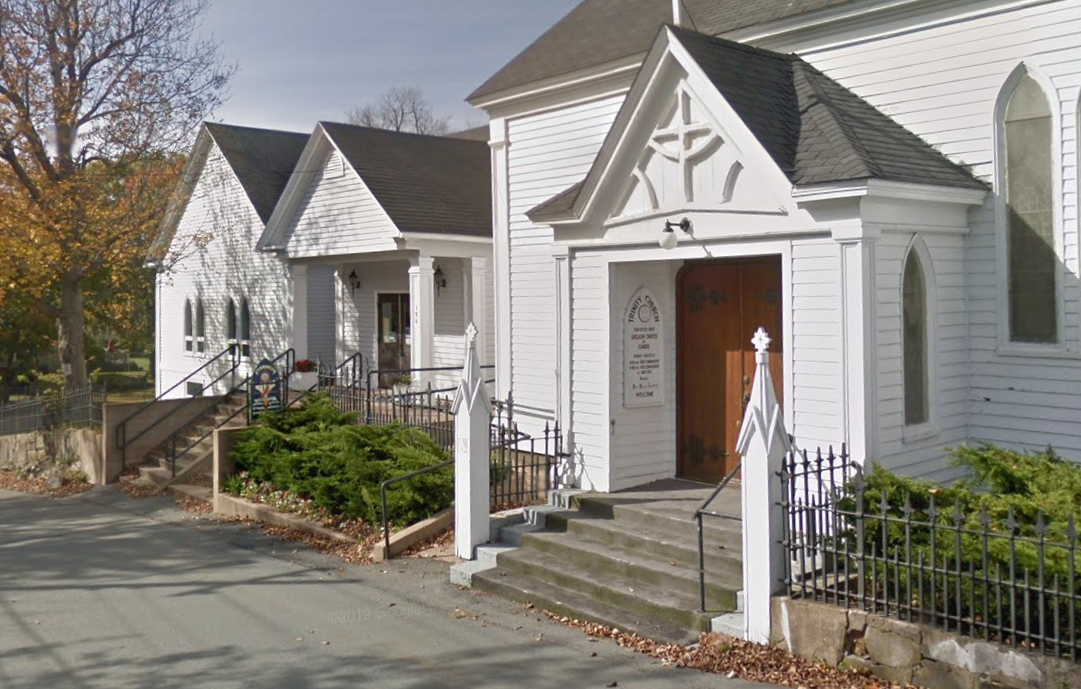 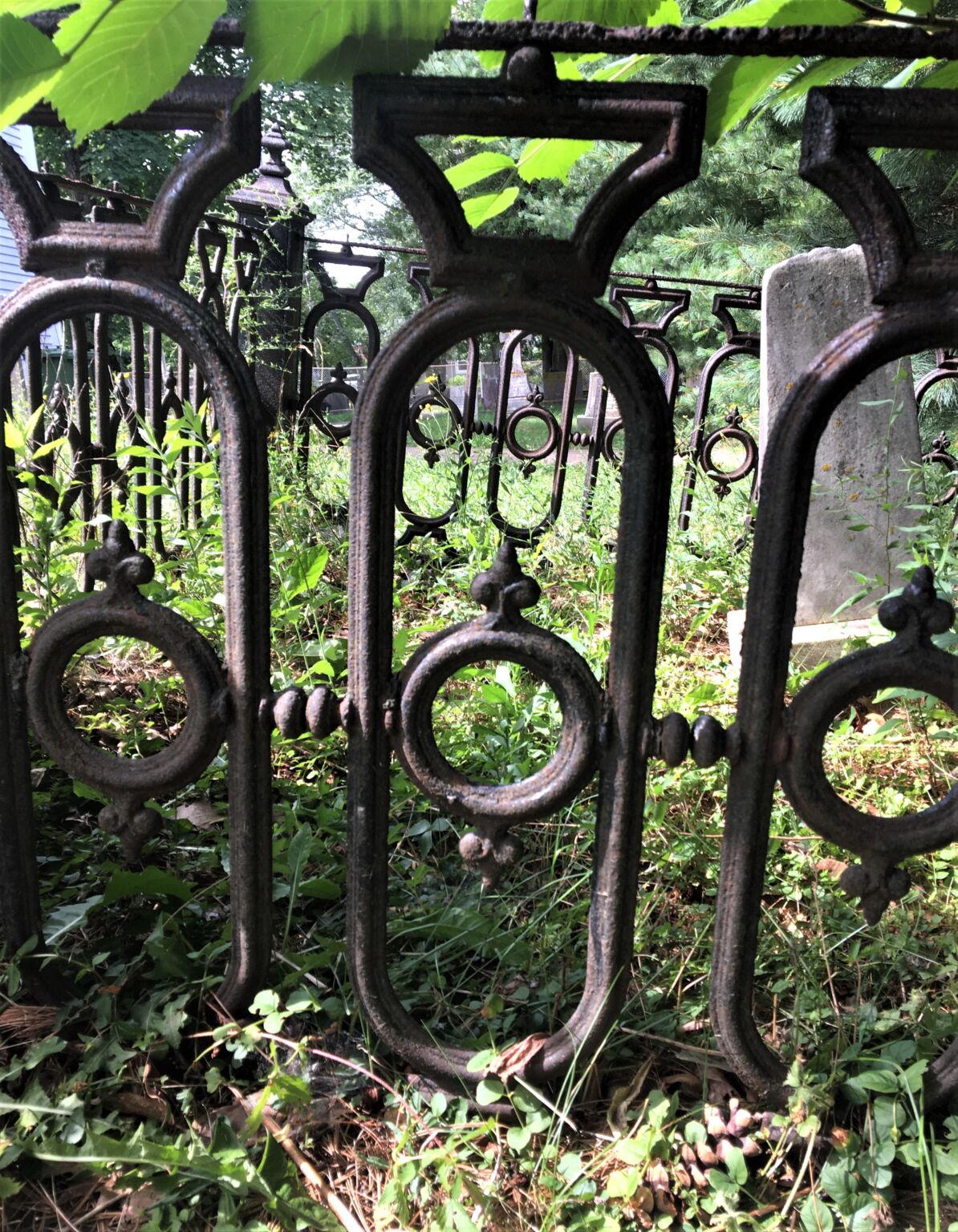 also has a prominent place on Main Street.

William Cobb Dean (Jr.), on his last voyage, came into Liverpool Harbour with smallpox on board. He came to his mother’s house on Bristol Avenue and spoke to her through the window. He told her not to open the door because he was supposed to be quarantined on board. Stricken with smallpox, they took him to a house on the outskirts of Liverpool owned by a Mr. Oldroyd, a black man who had had the disease. William Cobb Dean (Jr.) died in 1874.

Dean was 30 years old, and rests surrounded by a flock of iron sheep and a forest of iron weeping willows. 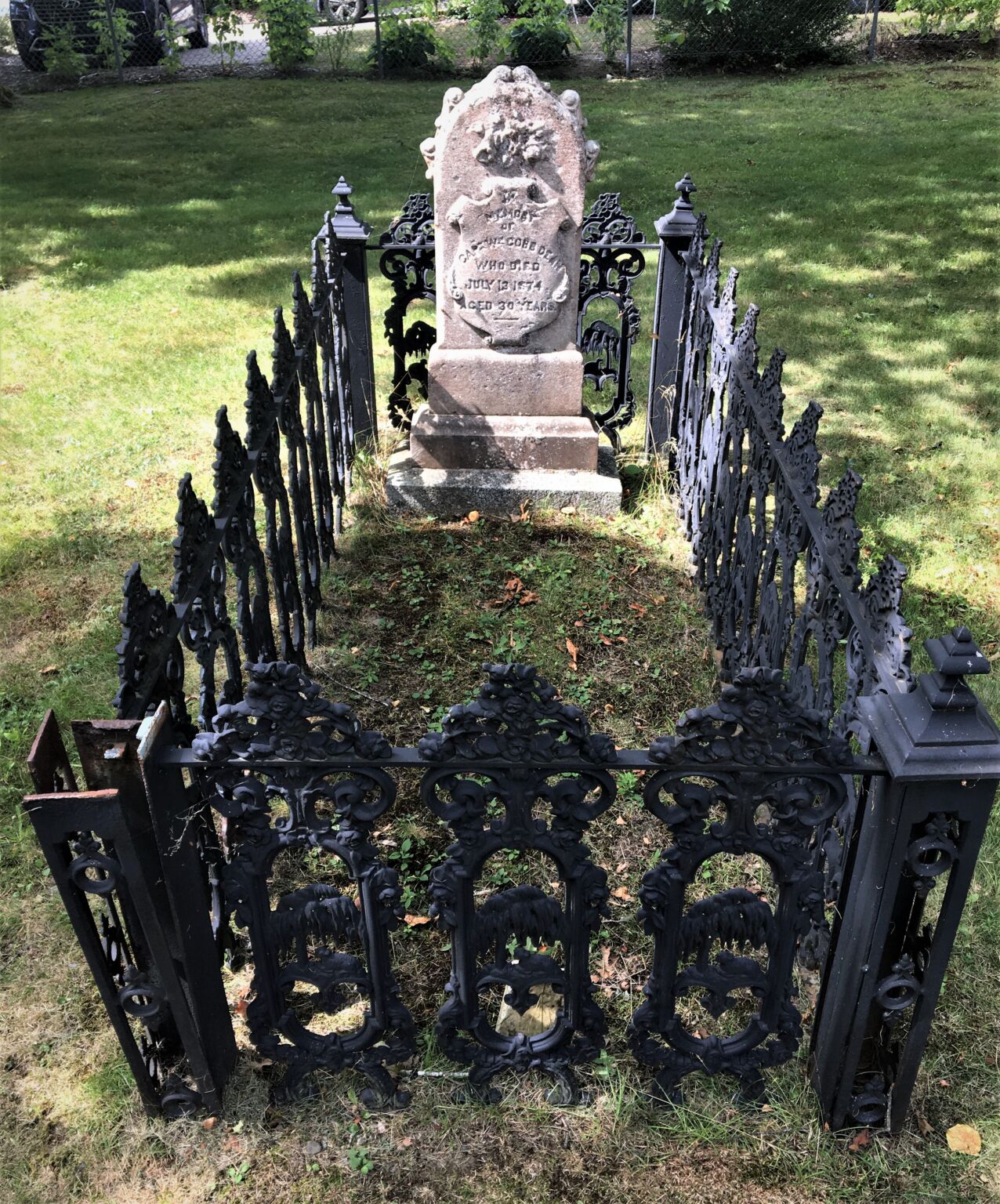