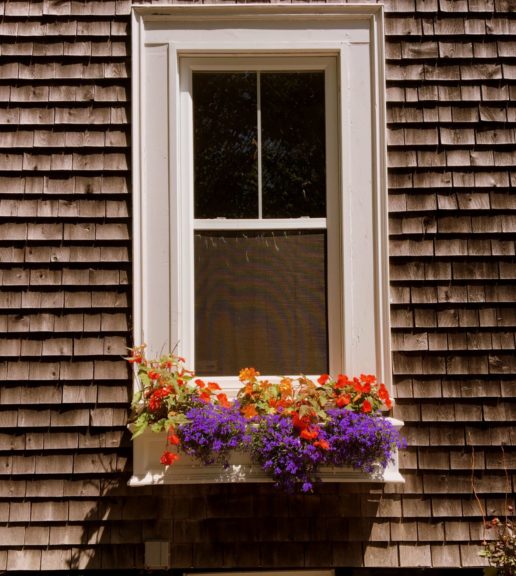 So the car was in for servicing (remember the diesel that VW lied about), so there was time to take a long ramble. I didn’t have a destination in mind and just started walking quickly down Robie Street, then turned up May Street for a slower-paced stroll in a zone with more visual charms.

Immediately I was stopped by a bountiful window box, the perfect ornament for a pretty little yellow house. 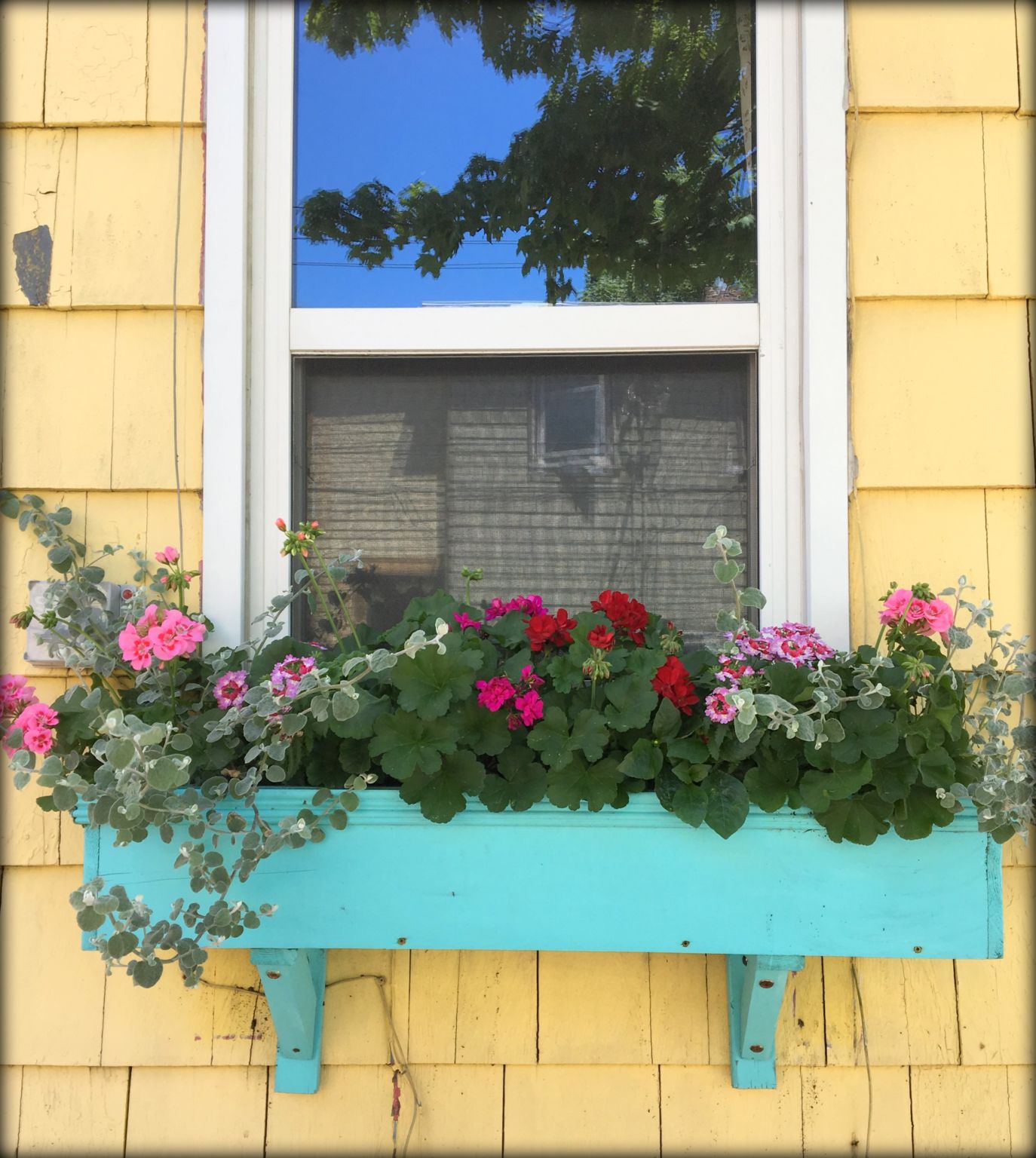 Across the street was another, slightly mouldering planter, in conversation with quintessential urban companions, a green bin and a young, self-planted tree. 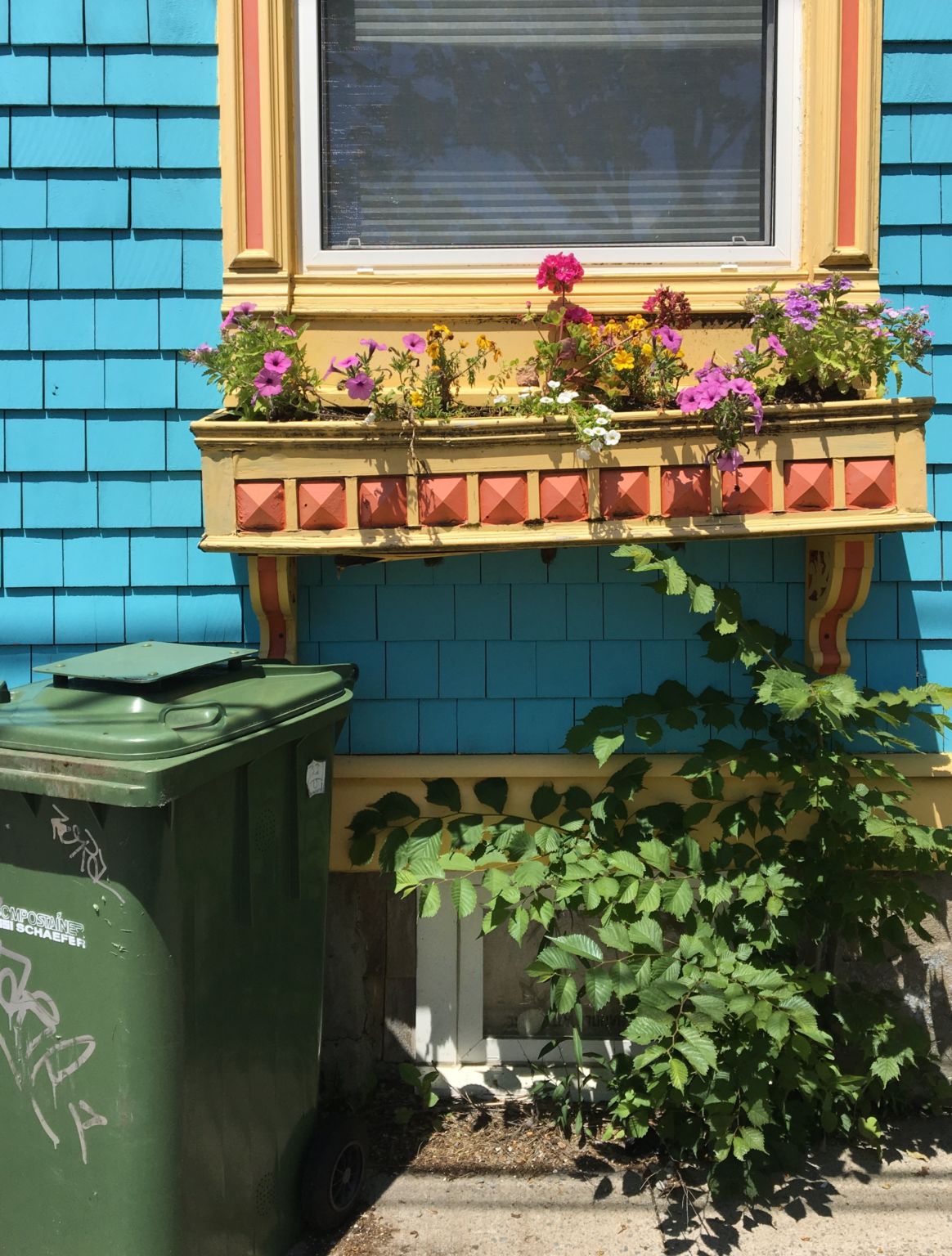 In that moment I had a theme for my walk, an informal survey of window boxes.

The Foxy Moon Gallery, around the corner on Agricola, has a strong window box game. I was about to take a straight on photo but realized a client was in the window being curated. 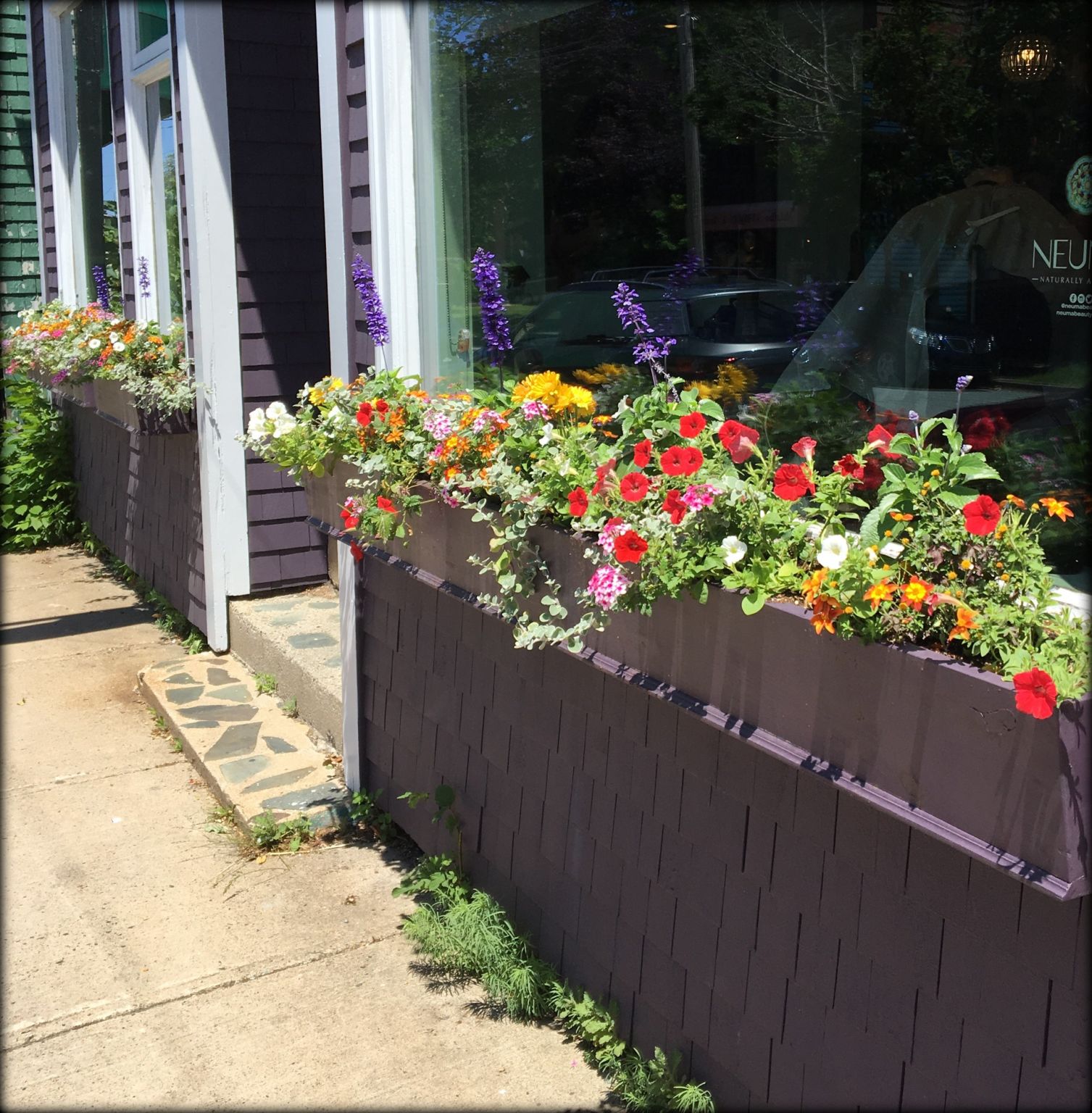 At this point I just started walking toward the downtown, choosing the most gentrified streets as likely candidates for window boxes. Maynard yielded this example that turned out to be one of my favourites. 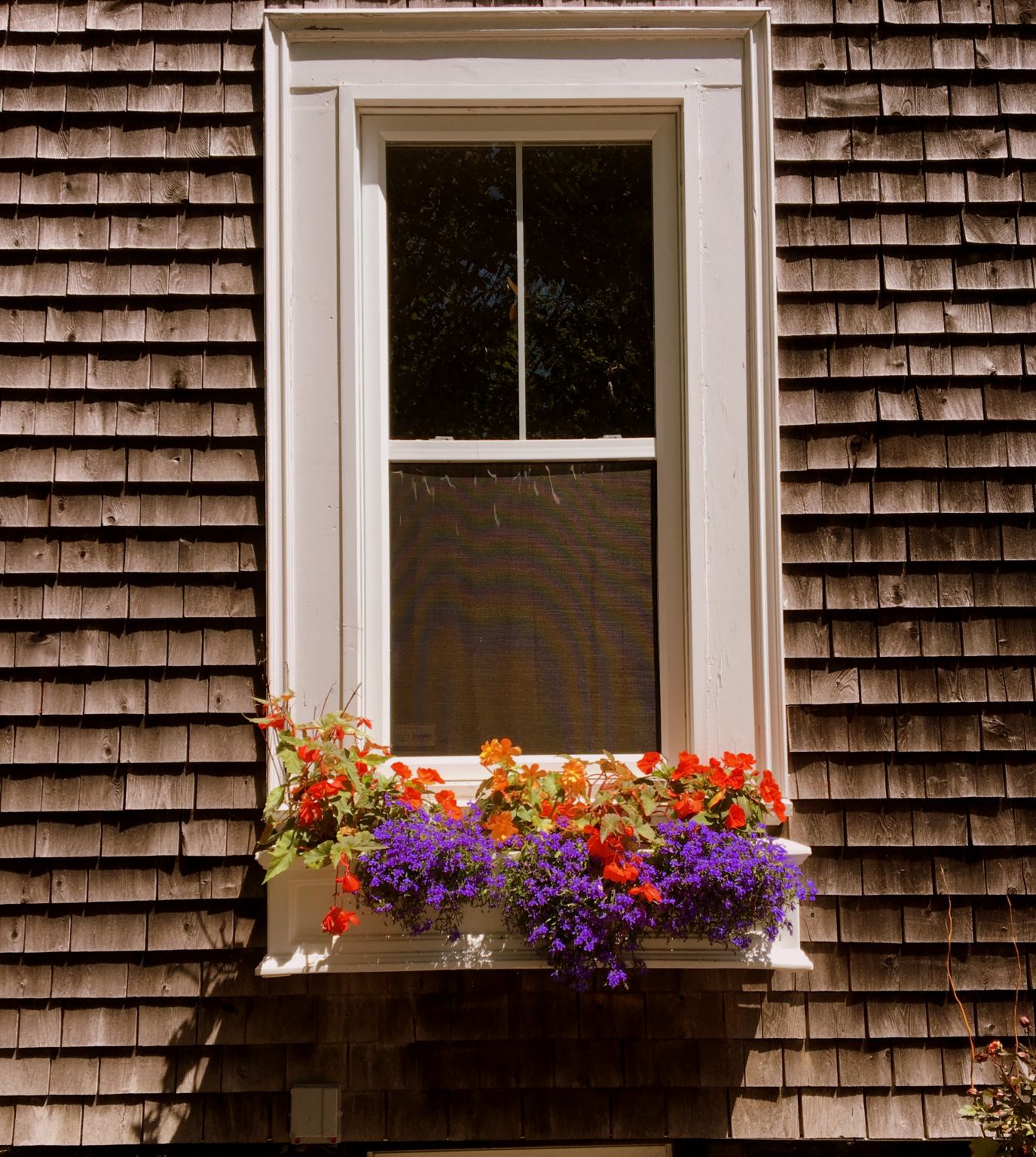 In the district south of Cornwallis Street there was a Pinterest of window boxes devised to complement the “heritage” paint schemes of the homes. 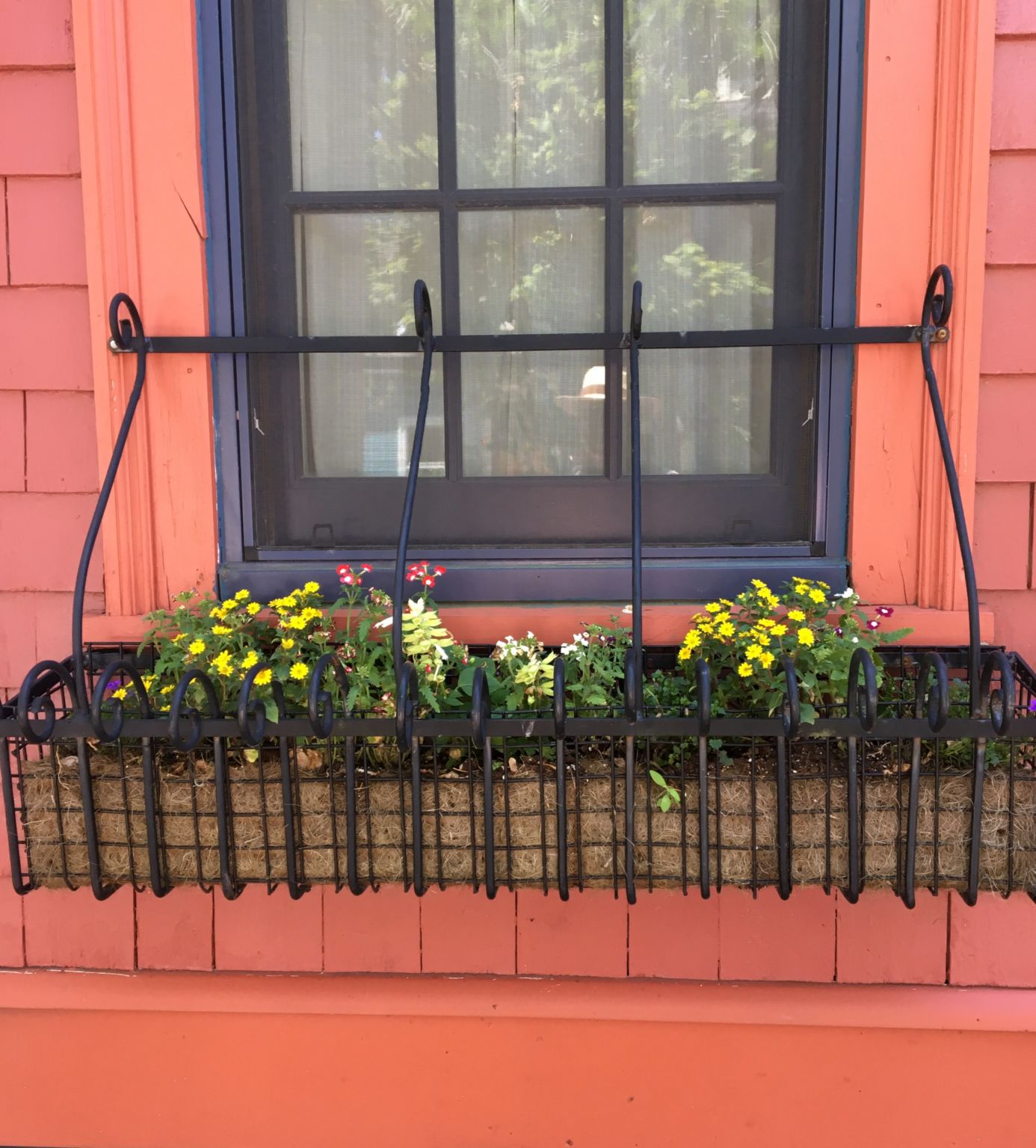 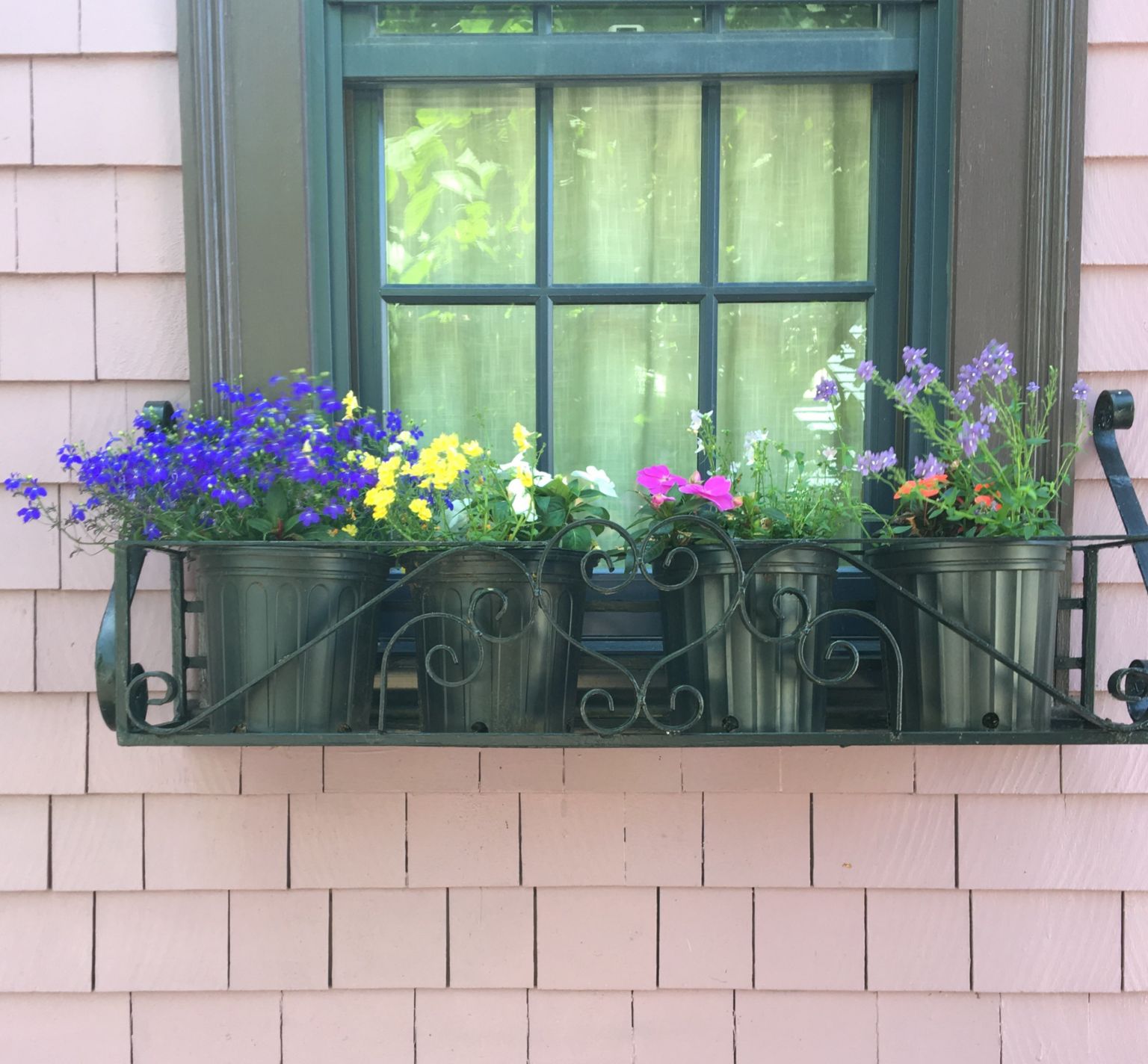 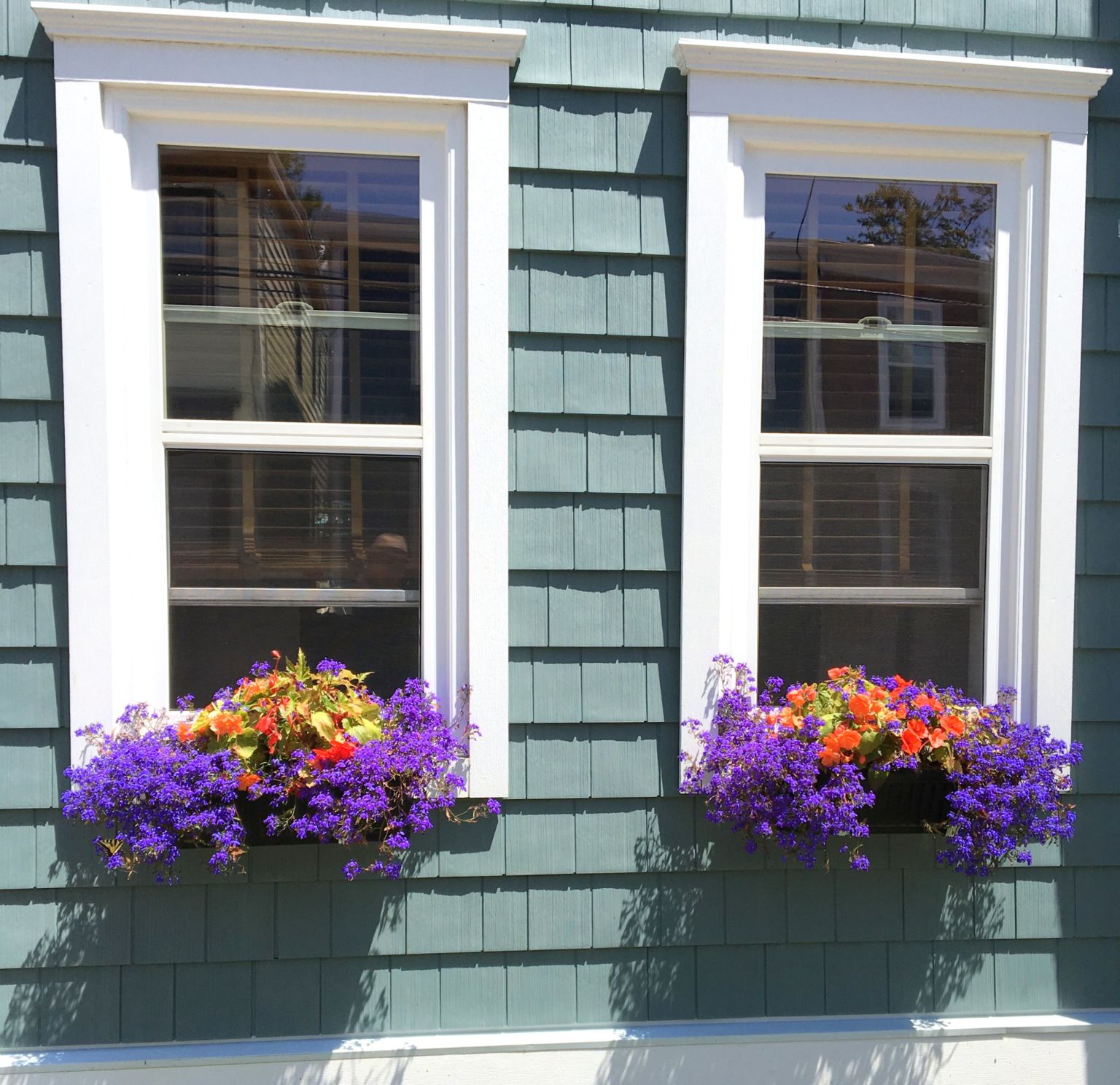 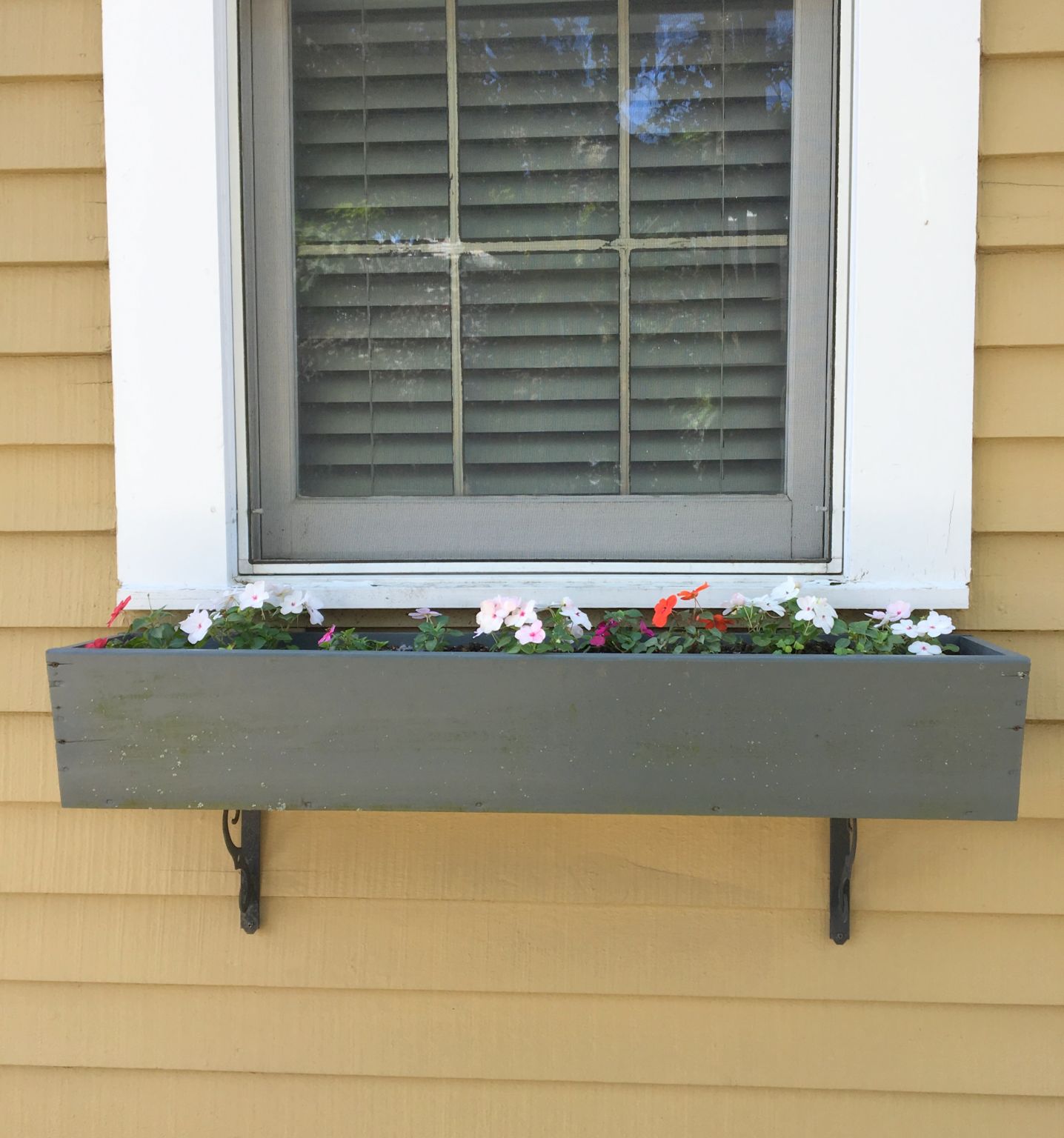 Many houses on the east side of Bauer Street demonstrate that a grand statement can be conjured out of a tiny amount of garden space. A generous gift to the street. 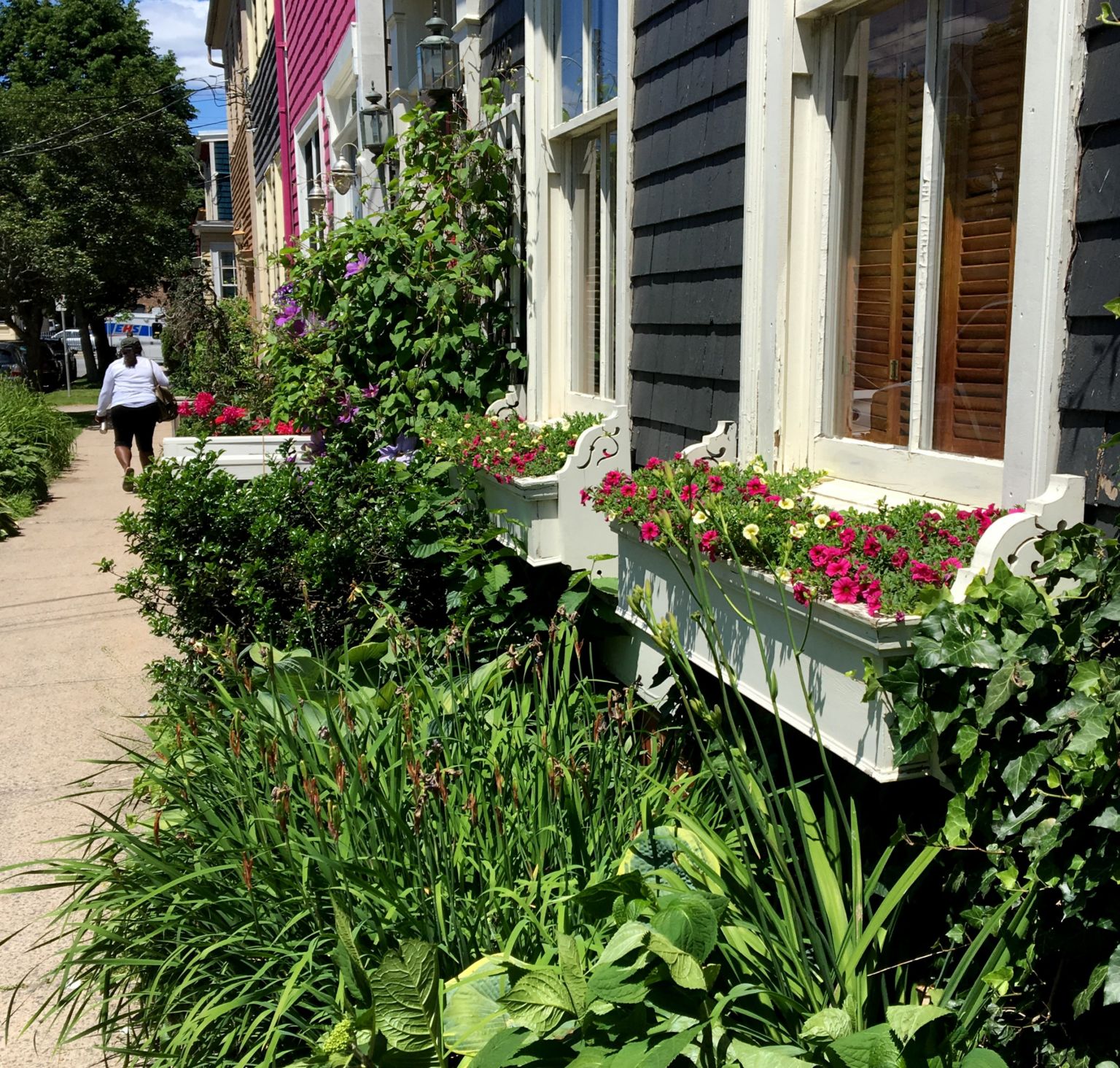 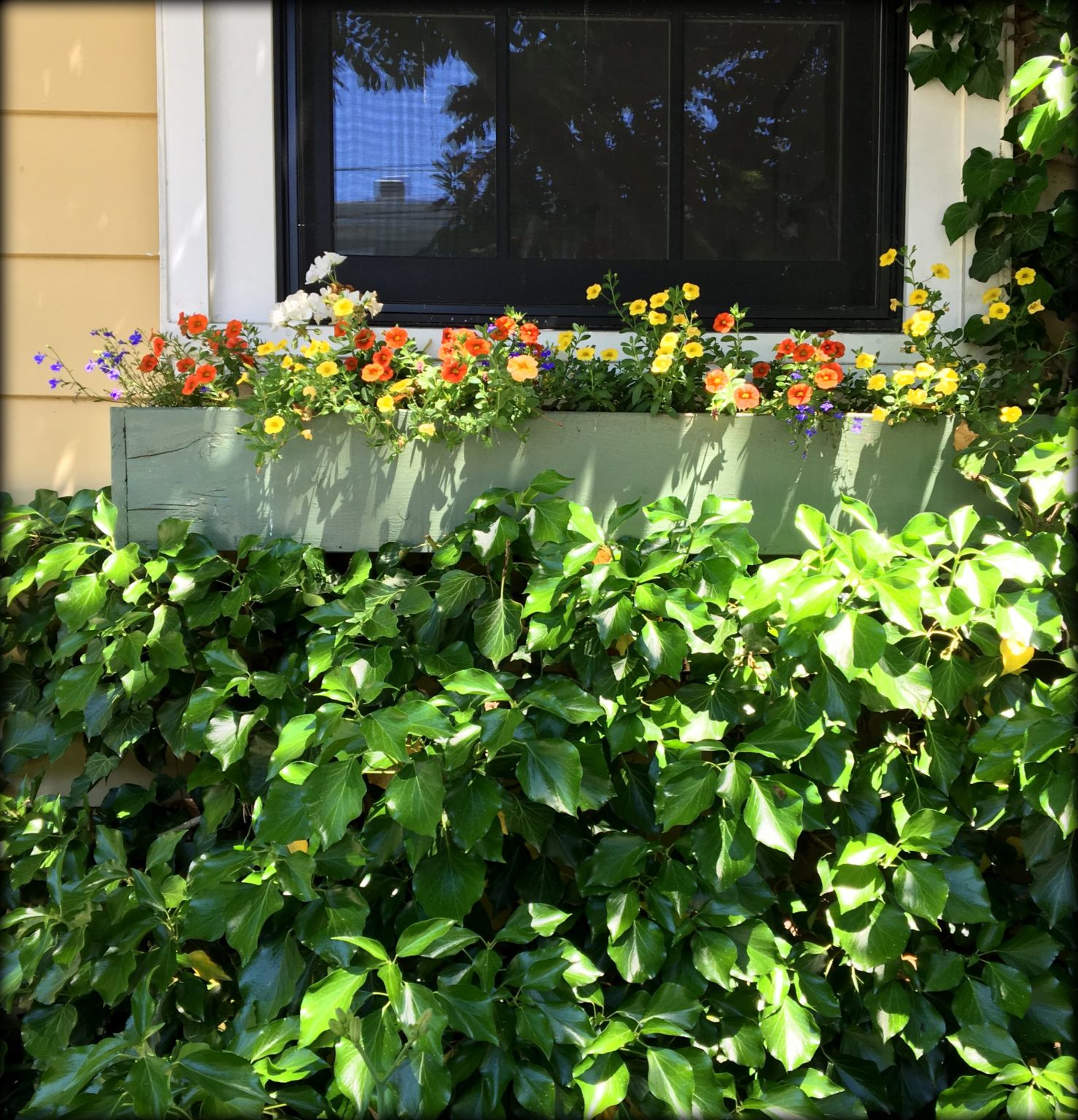 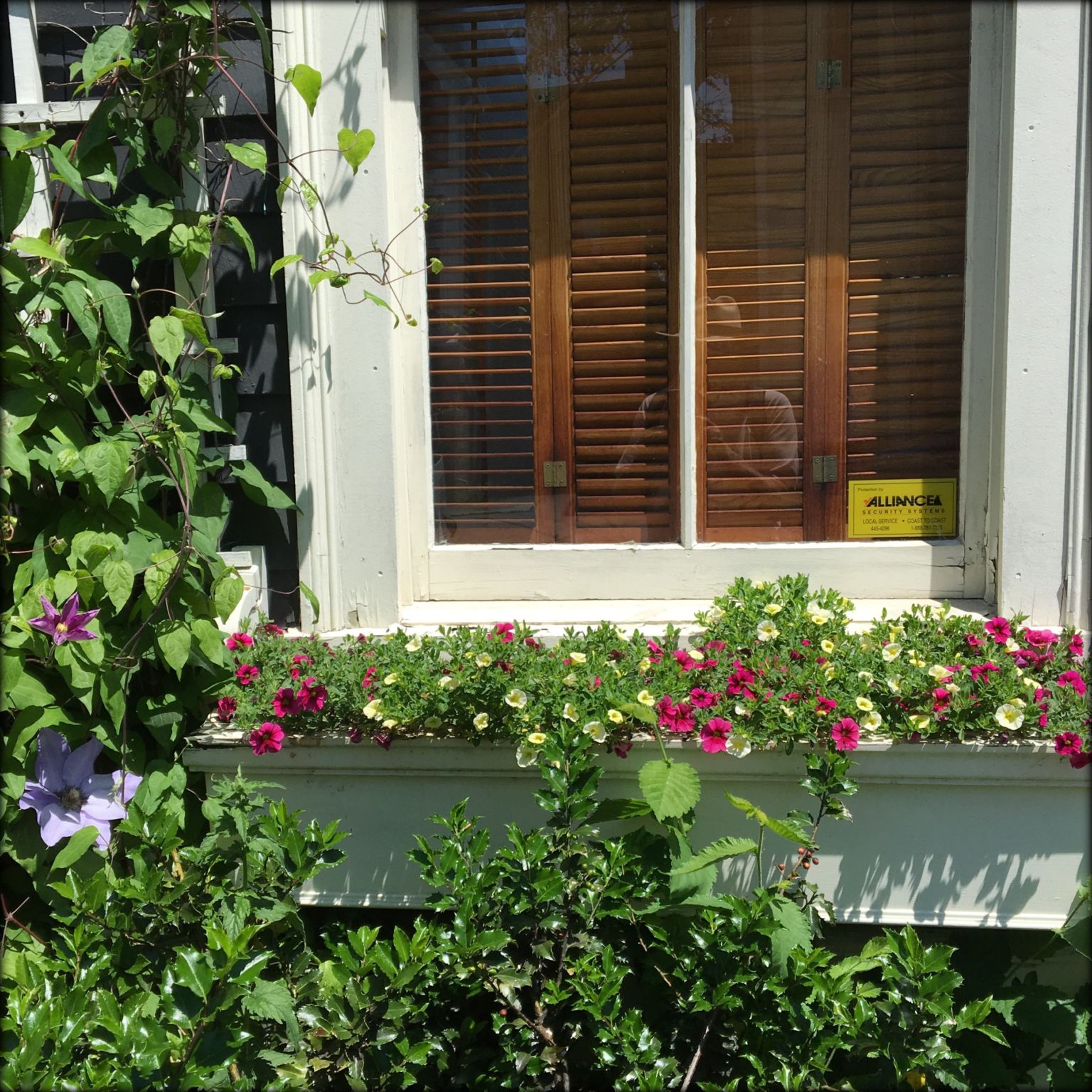 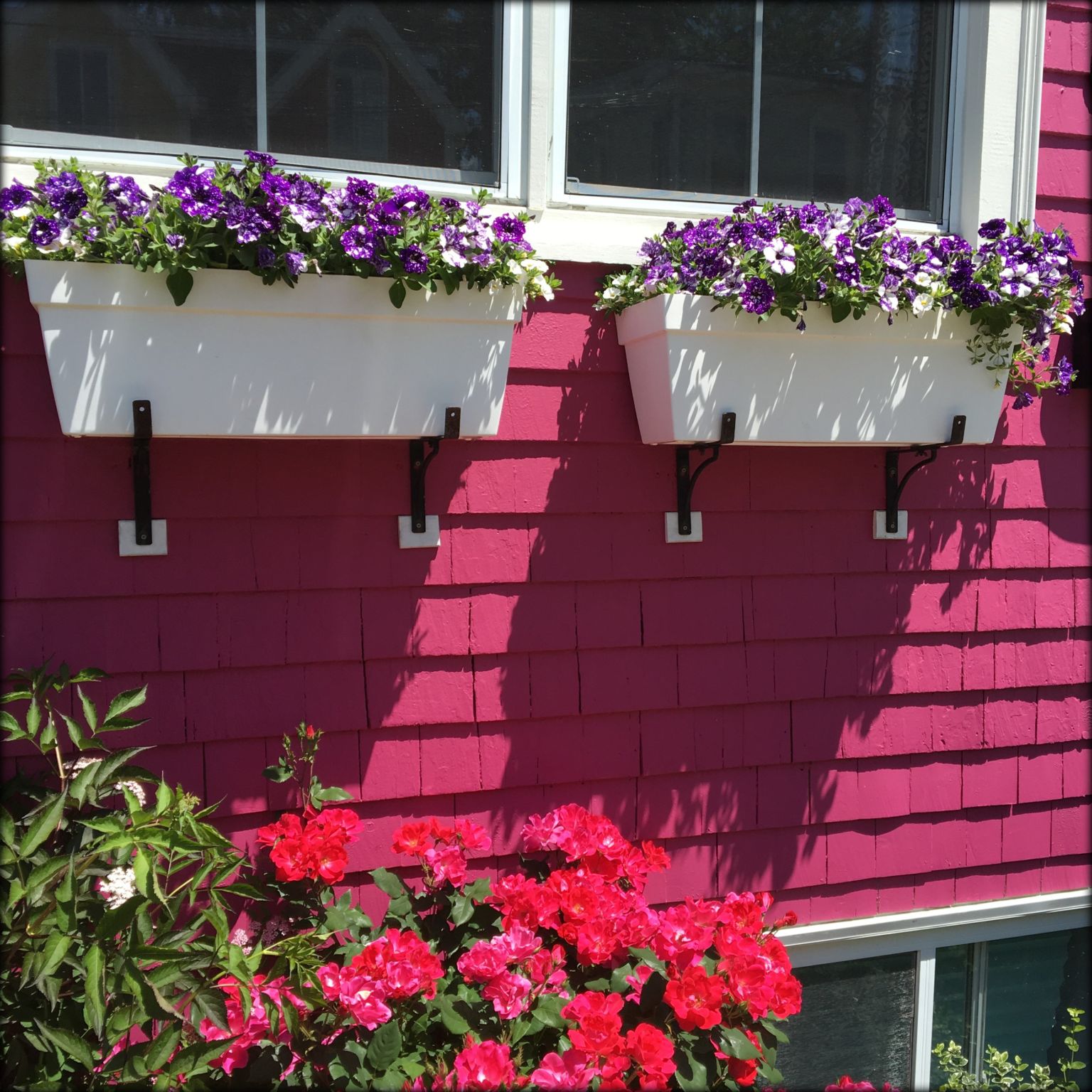 When I finally reached South Park Street, I paused for a destination ice cream cone, and realized that nearby Schmidtville would be a candidate for peak window box. Not disappointed. 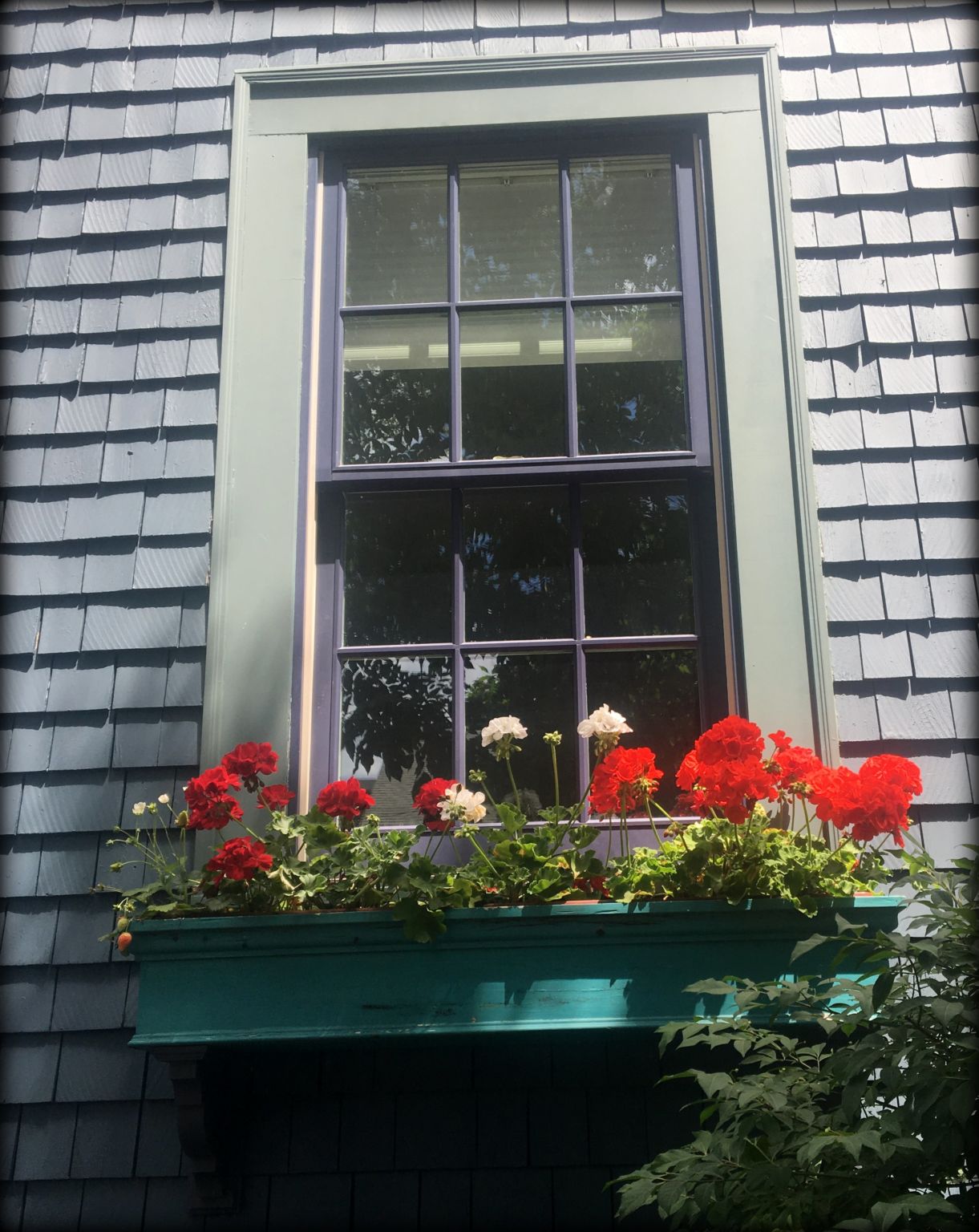 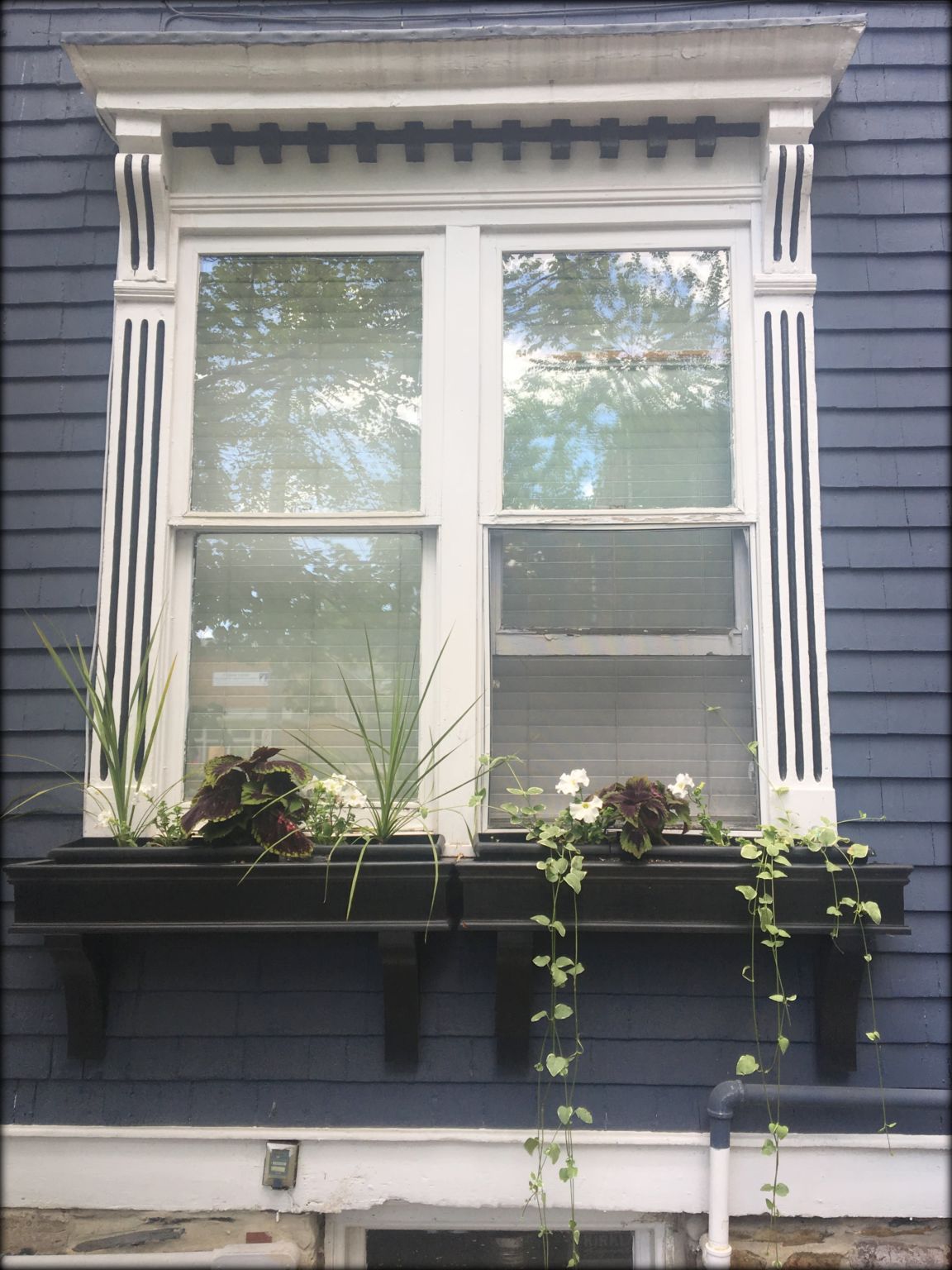 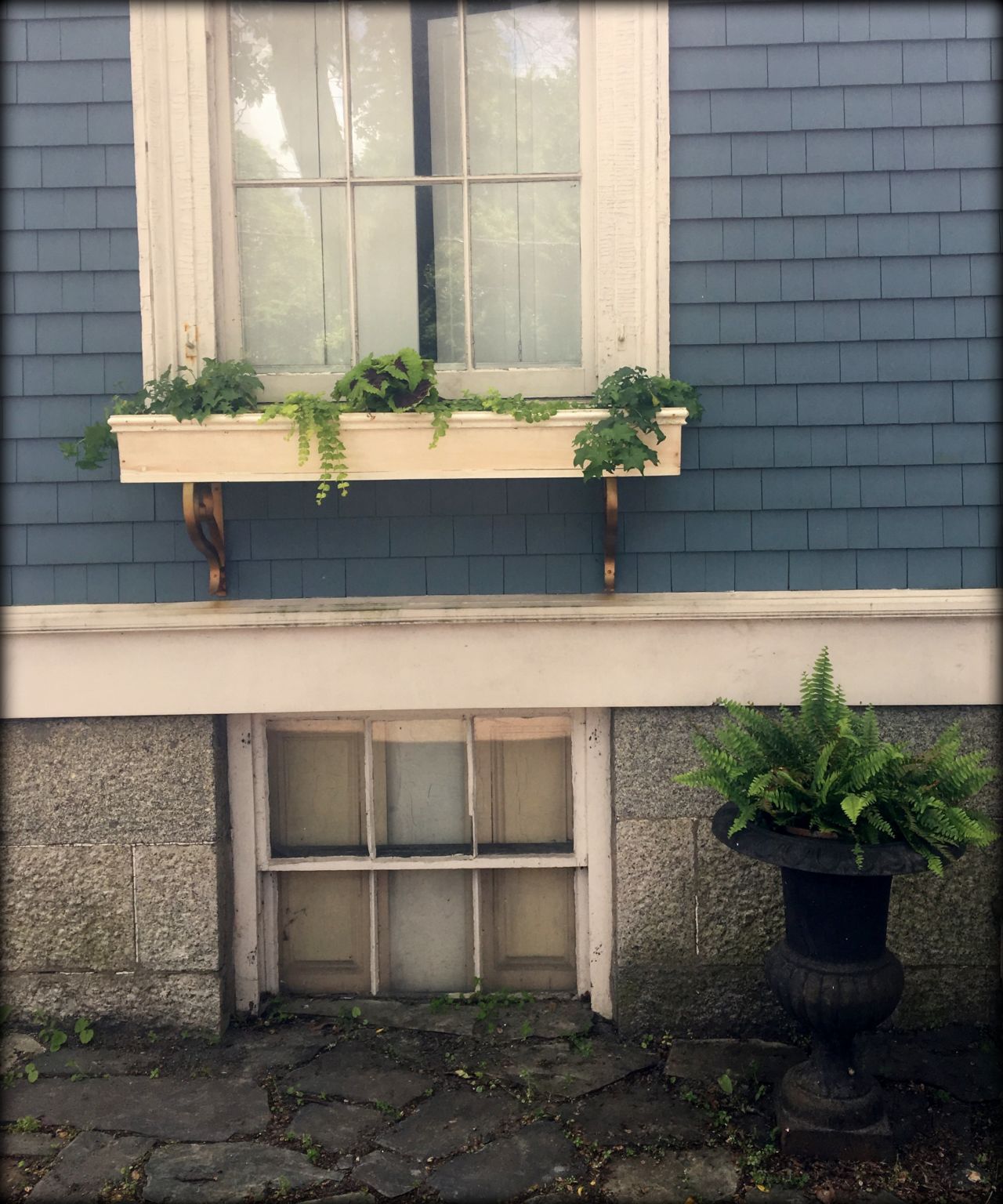 I suspect that the ironwork supporting these window boxes on Birmingham Street was made by John Little, Nova Scotia’s most celebrated artist blacksmith. Also, you can’t beat red geraniums for a classic look. 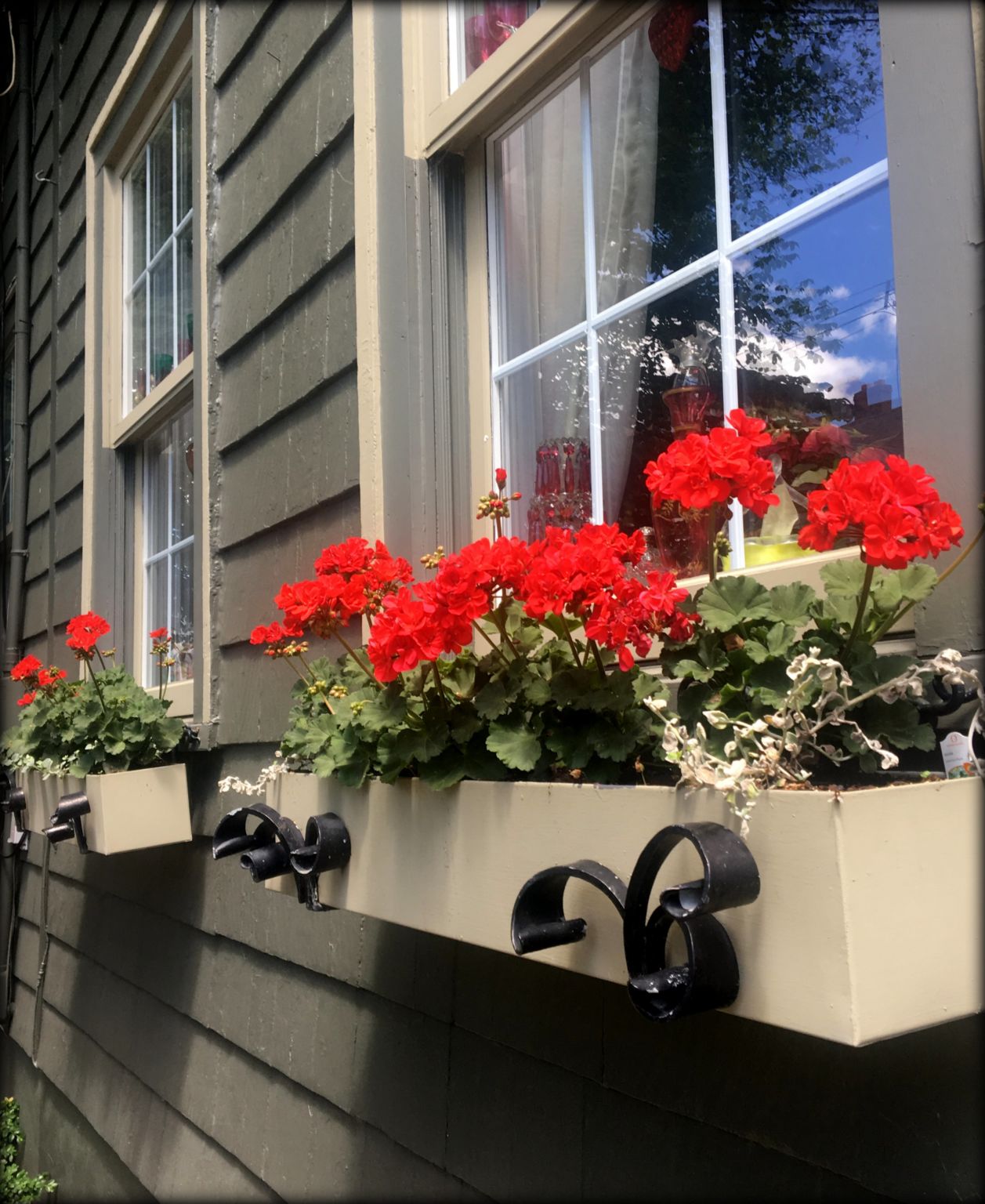 I’m not particularly excited by window boxes, but as I did my little survey they began to feel like code for something bigger: citizens saying, we love our neighbourhood and we want others to see our affection. And on blocks where many people had created front of house gardens, the series of generous gestures made me sense their good will. Also made me think about the many modern developments that crowd sidewalks but offer no pleasure to the eye, or sense that they care about their community.

When I turned down May Street, at the beginning of my walk, I was remembering the clearances made by the Steele Auto Group three years ago, when they enlarged their surface car storage. Perhaps the window box on the little yellow house caught my attention because that home had originally been slated to be knocked down. The lively window box felt like a small statement about proof of life and caring by the people who live there. In the storage yard next door, the $157 car, restrained behind the steel fence, didn’t tell me much of anything.

Because I have not taken notice of window boxes before, I don’t know how long folks have been creating these little confections. Not that long I’d guess, or maybe for decades. I did do a quick scan at some NS Archives photos to see if there was a historic precedent, and was a bit surprised to actually find a little evidence of 19th-century window boxes.

This picturesque Gothic Revival-style house survives at the end of Bland Street, and has now been beautifully restored. Note the window boxes on the bay windows in this c1879 photo. 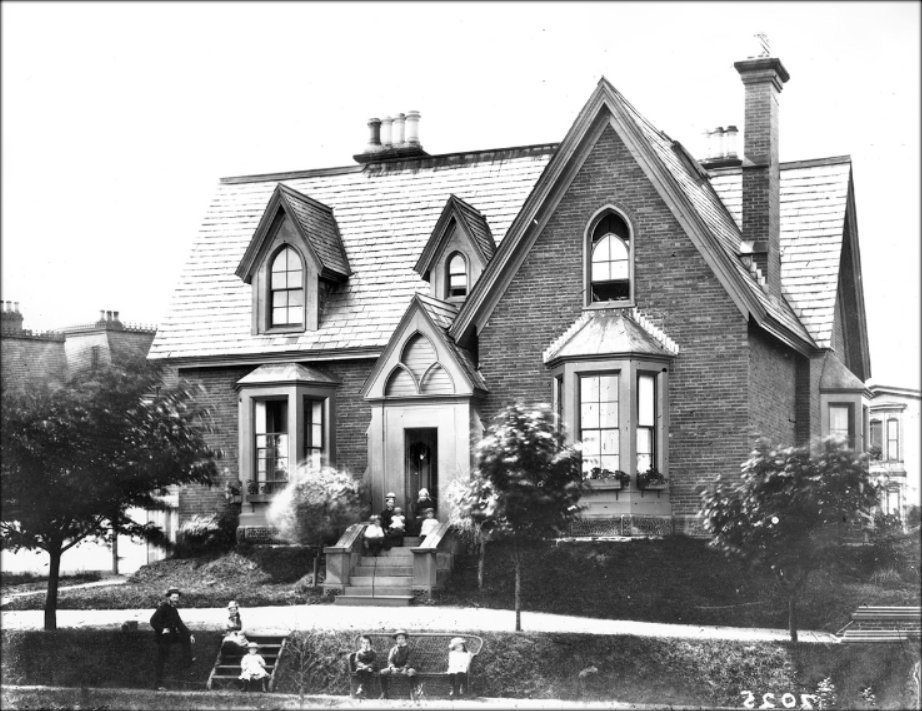 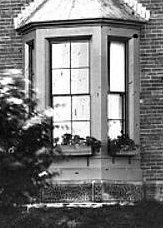 I’m fond of this c1880 photo of a house near the bottom of Tobin Street because of all the swell fences. But look closely at the window on the right and there are brackets to support a window box in a season when the yard is not filled with snow. 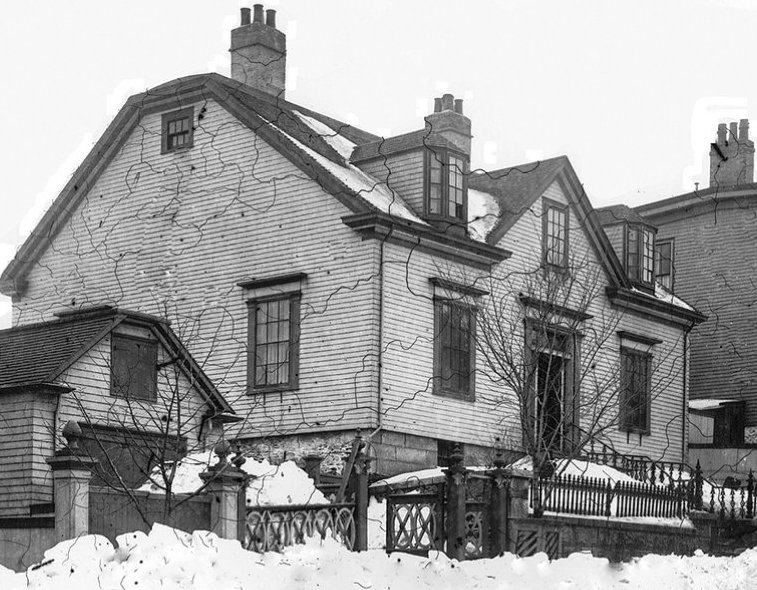 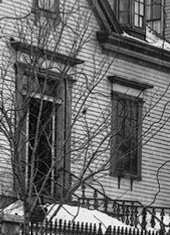 Gibson’s antique and upholstery shop on Chebucto Road has perhaps the most beautiful small shopfront in town, and it demonstrates you don’t need a window box to generate curb appeal. I stopped to take a closer look at what appeared to be a long-closed business, and was rewarded by a responsive cat in the window. Kitty had also written an instructive message. 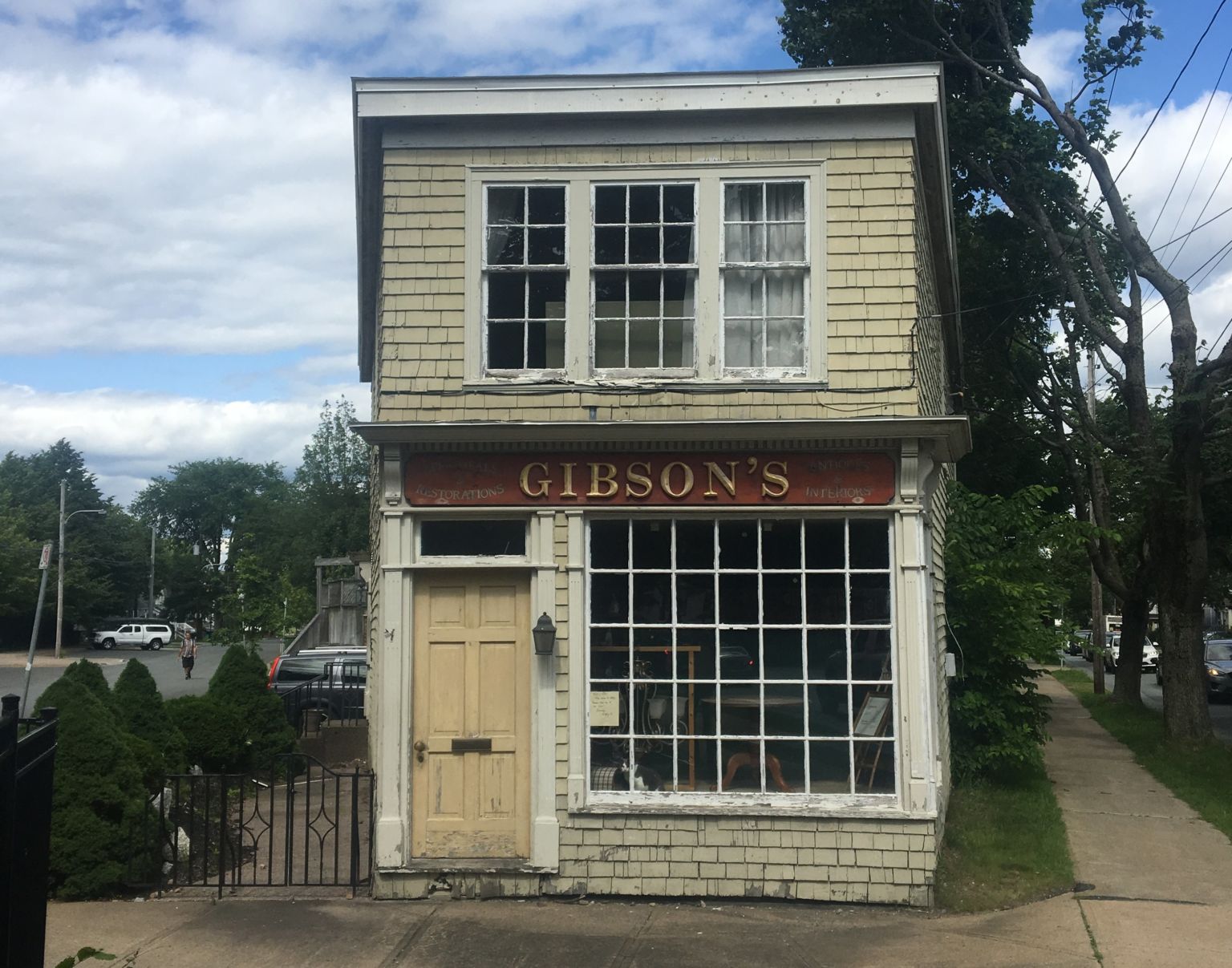 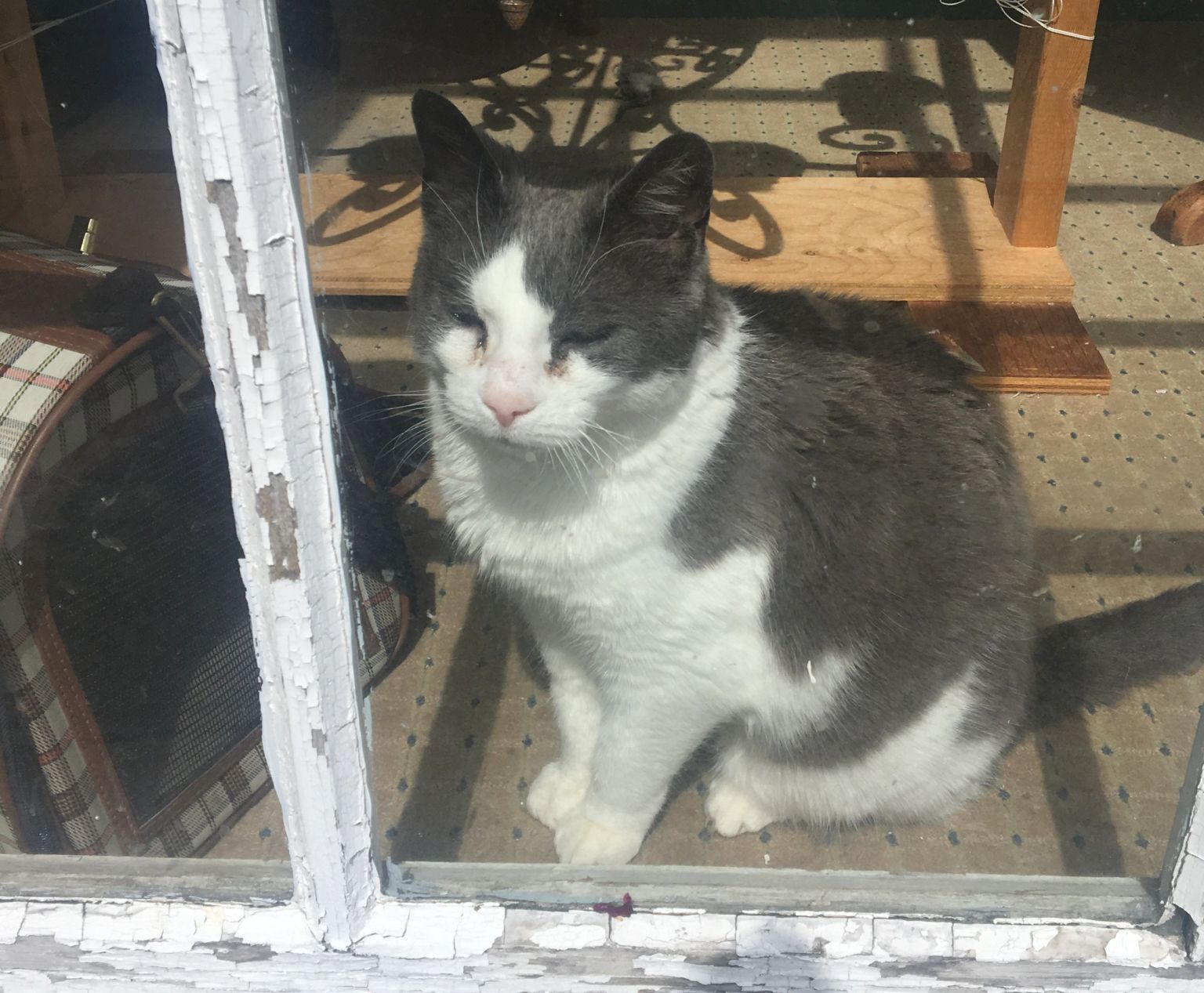 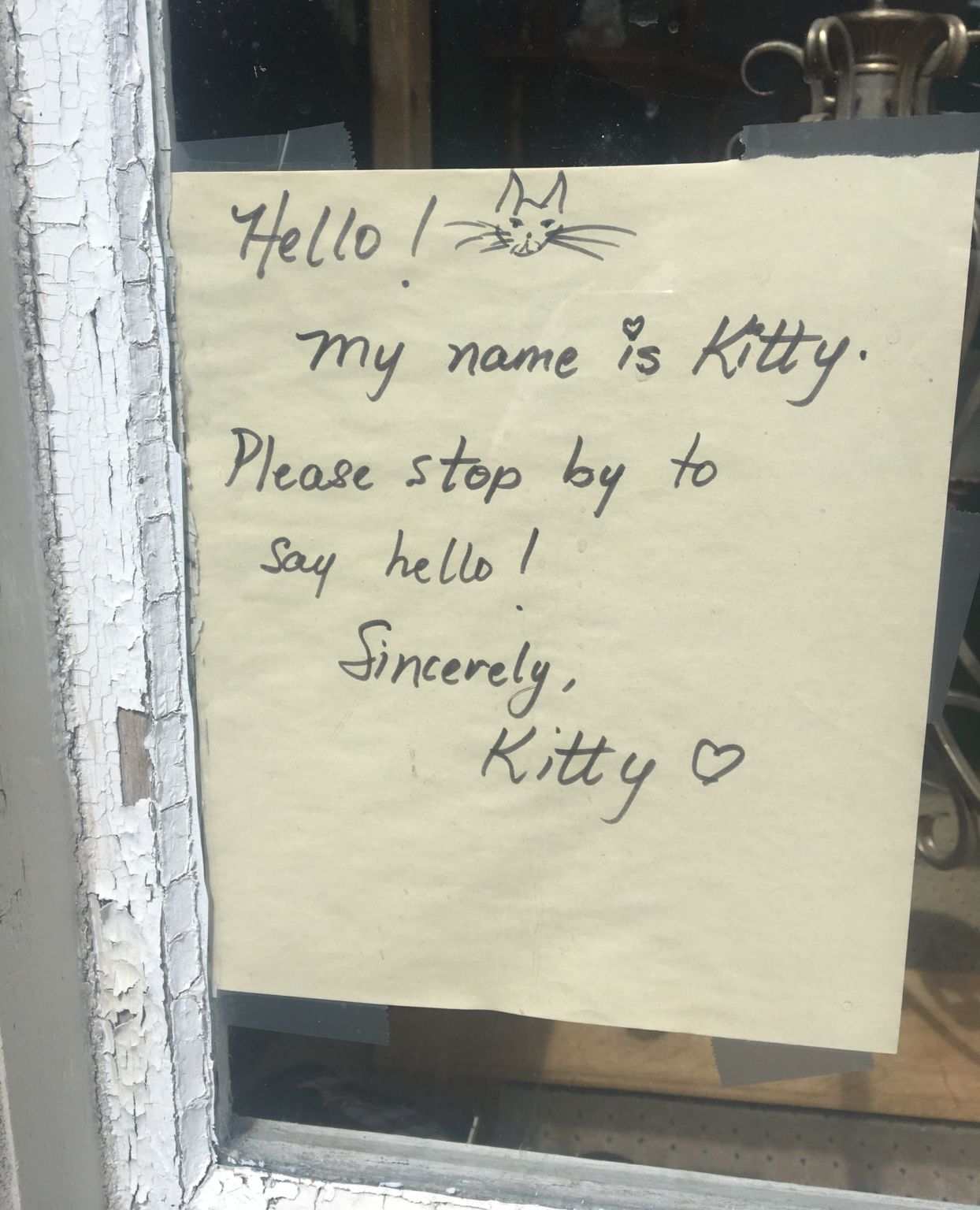