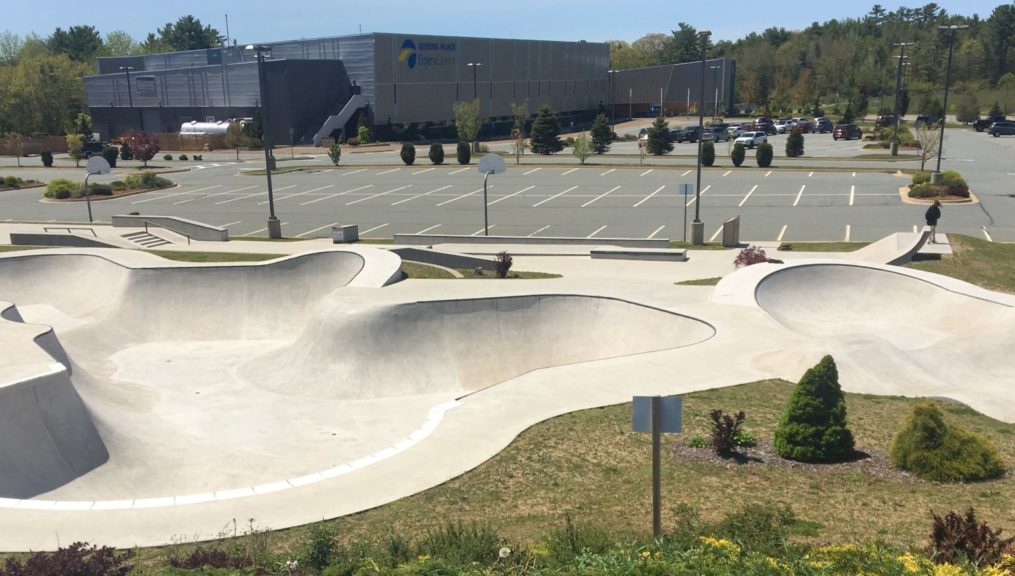 In early June the Rhododendron Society did its annual garden tour, this year in the Liverpool area. One of the stops was at Queens Place, a big recreation facility that opened in 2011. We were directed there to see that the parking lot had been planted with interesting trees and shrubs selected by Ivan Higgins of the nearby Cosby’s Garden Centre (where we also stopped to wander in Ivan’s fanciful sculpture garden).

At Queens Place, our attention was captured by a large feature at the edge of the parking lot, the rolling and tumbling Mersey Skatepark.

I know nothing about skateparks, but this was by far the largest and most complex one I’ve happened upon. Really, it’s a piece of landscape sculpture. Completed in 2017, the design was by Spectrum Skatepark Creations, self-described as “Canada’s only firm specializing exclusively in the Design & Construction of eco-friendly Municipal Concrete Skateboard Parks.” 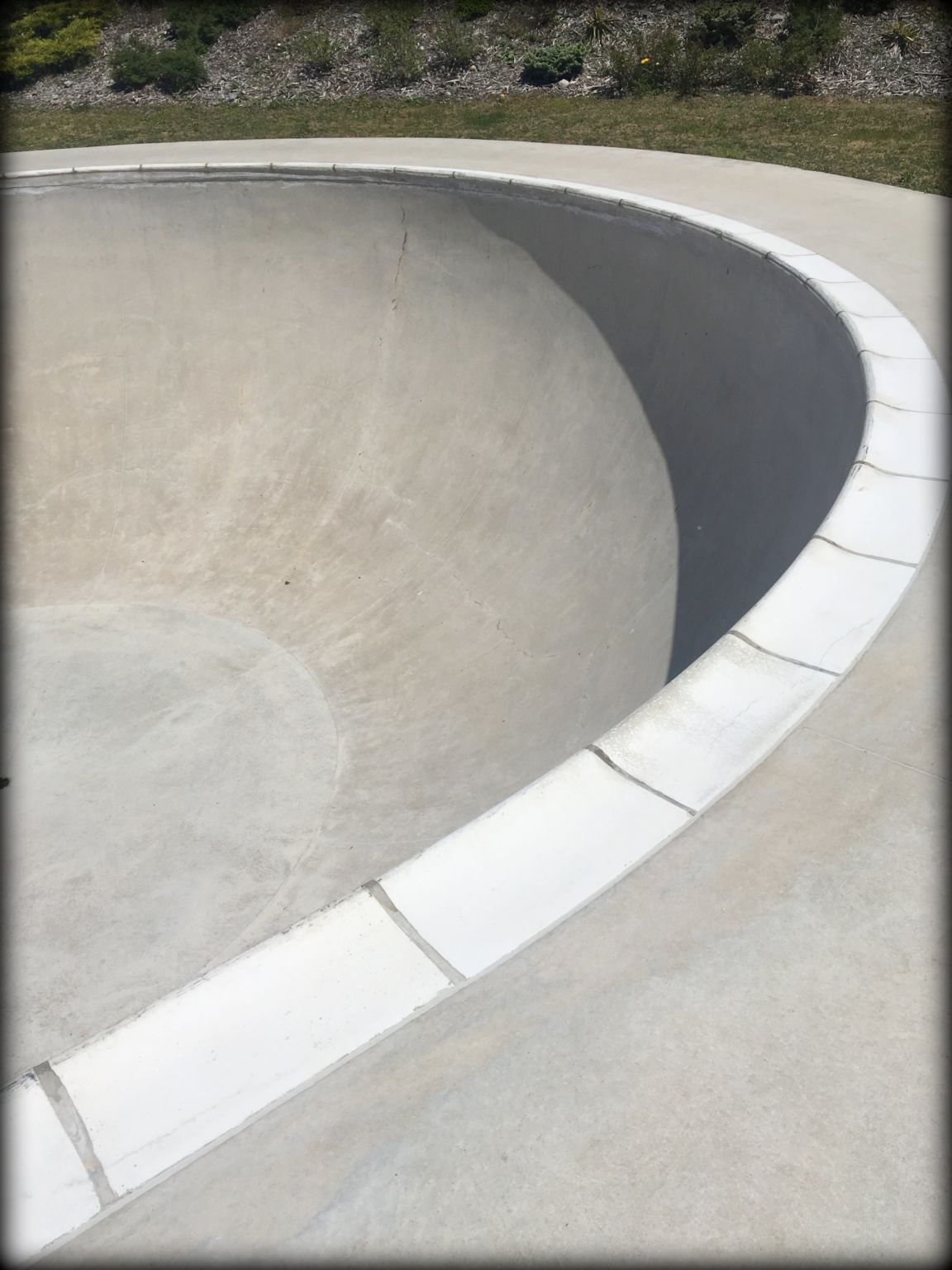 Later I learned the park came about after the Region of Queens Municipal Council was petitioned for support by enthusiastic local skaters, and with government funds and local fundraising the project was accomplished. Said to be the best skating facility in the region, but how would I know.

In Annapolis Royal, also in 2017, the town created an amphitheatre on an underused property on their main street. We made a quick visit during a rain storm over the Canada Day holiday. 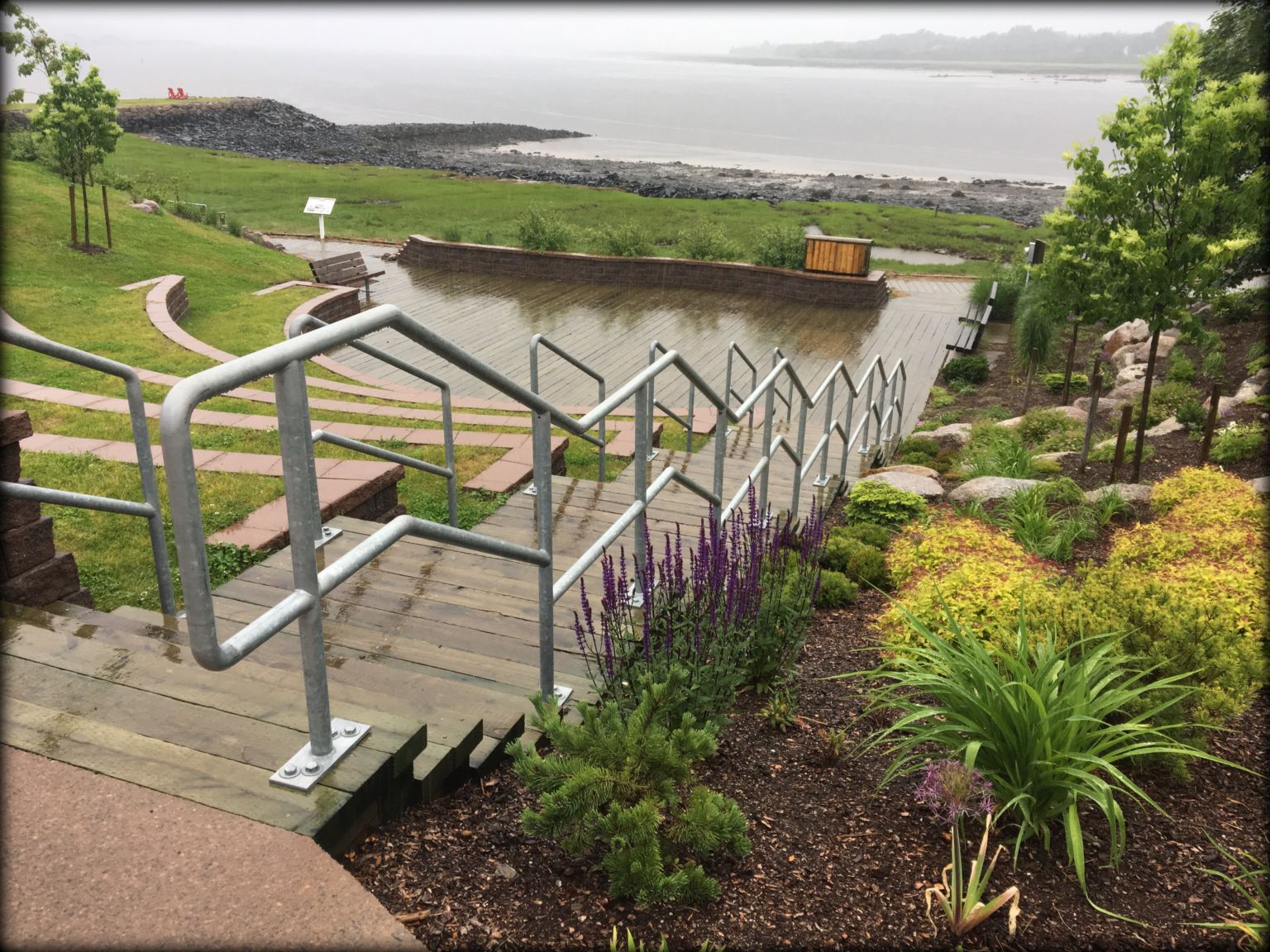 The venue seats about 140 and offers a panoramic view of the Annapolis River. The site is apparently well used, for events as varied as music performances, weddings, tai chi and line dancing. 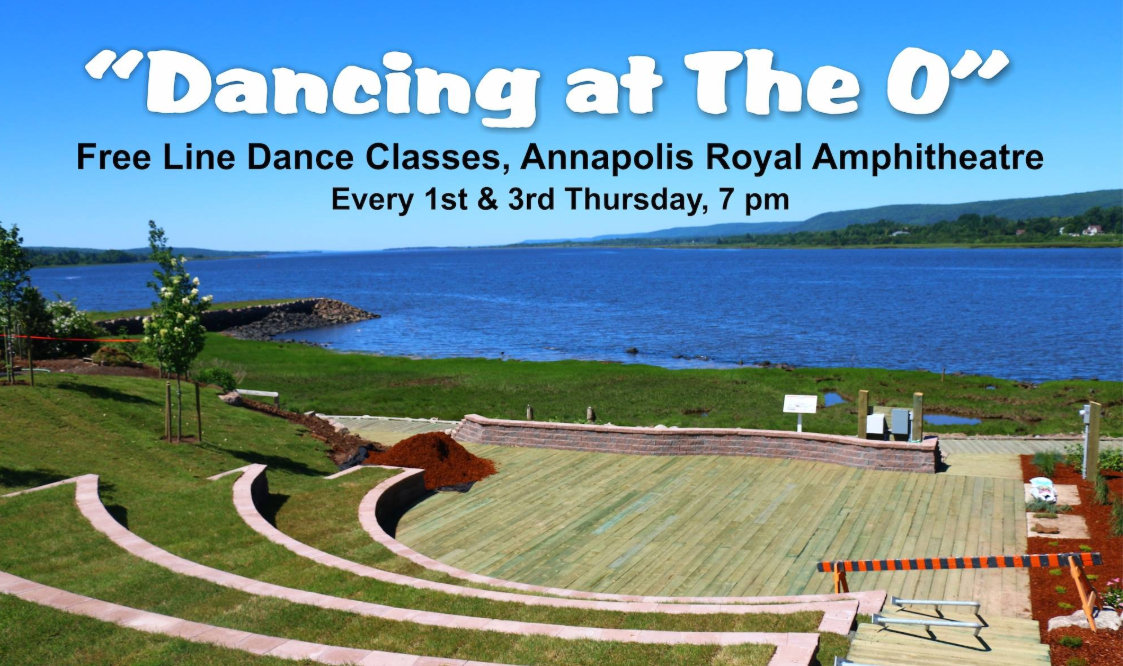 Oqwa’titek means ‘When They Arrived’, and acknowledges the moment when Mi’kmaq people greeted the first French explorers to this beautiful river and valley. Today the site marks the coming together of the community of L’sitkuk and the citizens of Annapolis Royal to commemorate their shared history.

The project was designed by Joy Elliot Landscape Design, and if you scroll through the photos on her Facebook, you will see images of this project under construction and lots of other interesting designs. 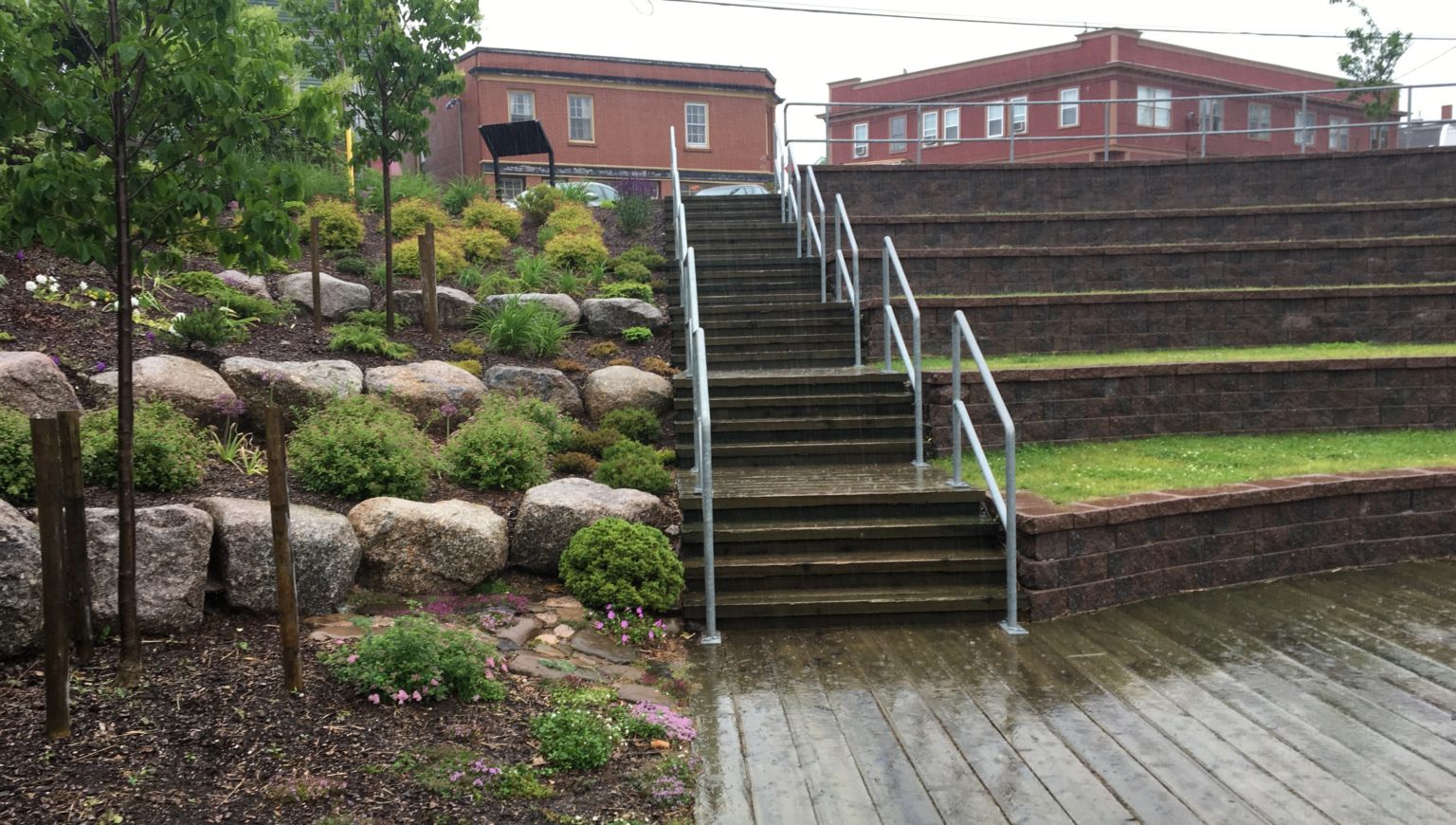 We visited in the rain with our friend Bob Howard, who had designed the planting that is filled with interesting specimens that will mature into a striking, all-season landscape. 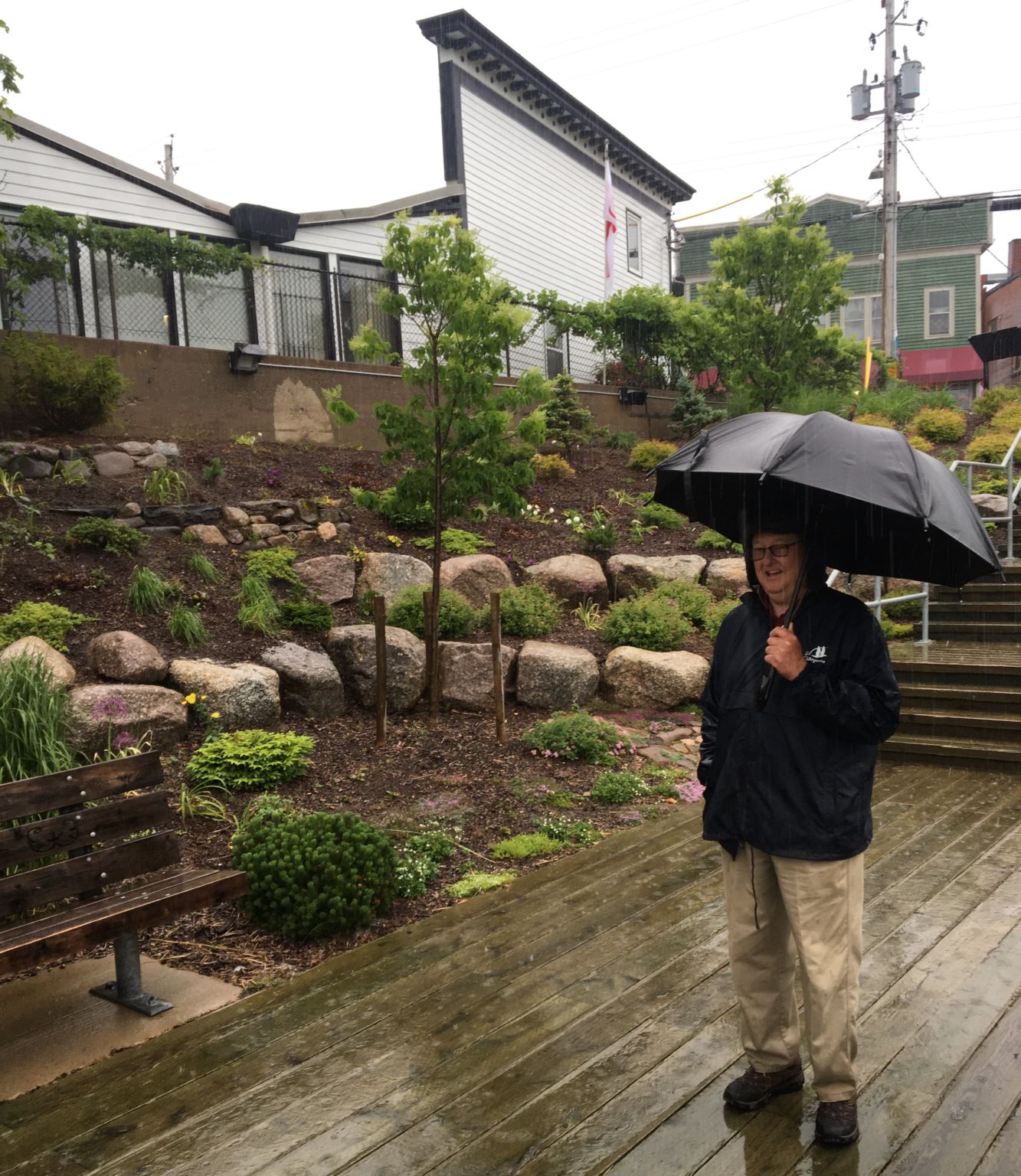 Many people know of the Kentville Research Station of Argiculture and Agri-Food Canada because it used to hold an event called Rhododendron Sunday to celebrate their impressive planting of rhododendrons. In the last few years the bloom time of the plants has become unpredictable (wonder how that happened), so the special program has stopped, but if you drop by in the middle of June you are apt to see a pretty good show. 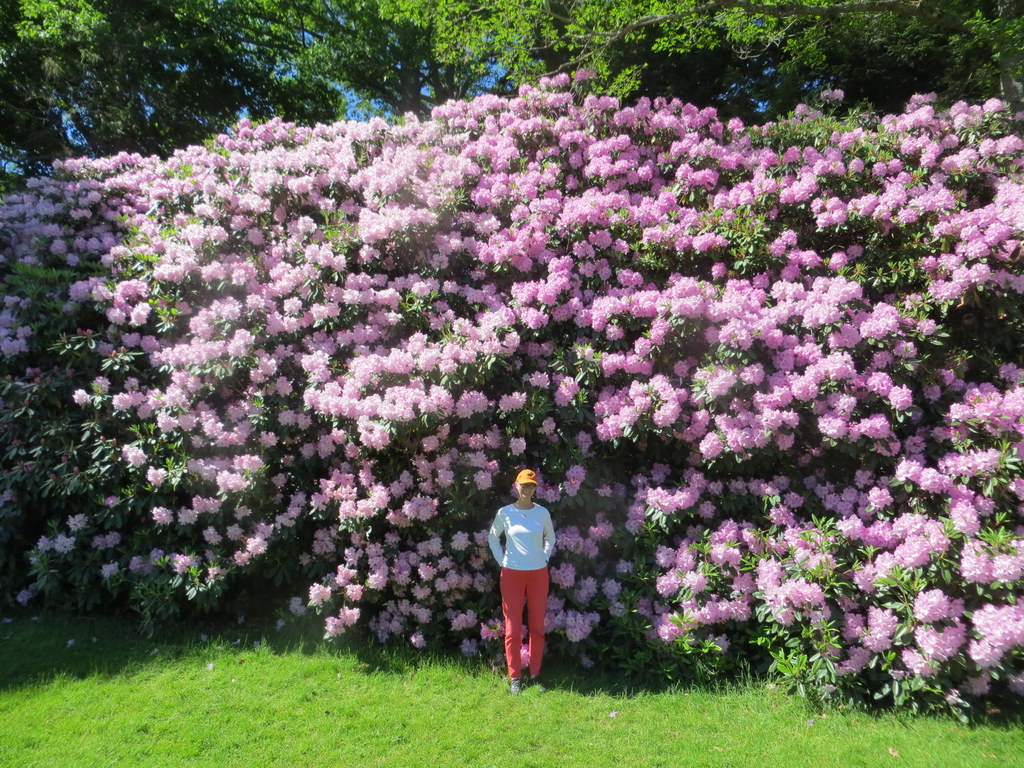 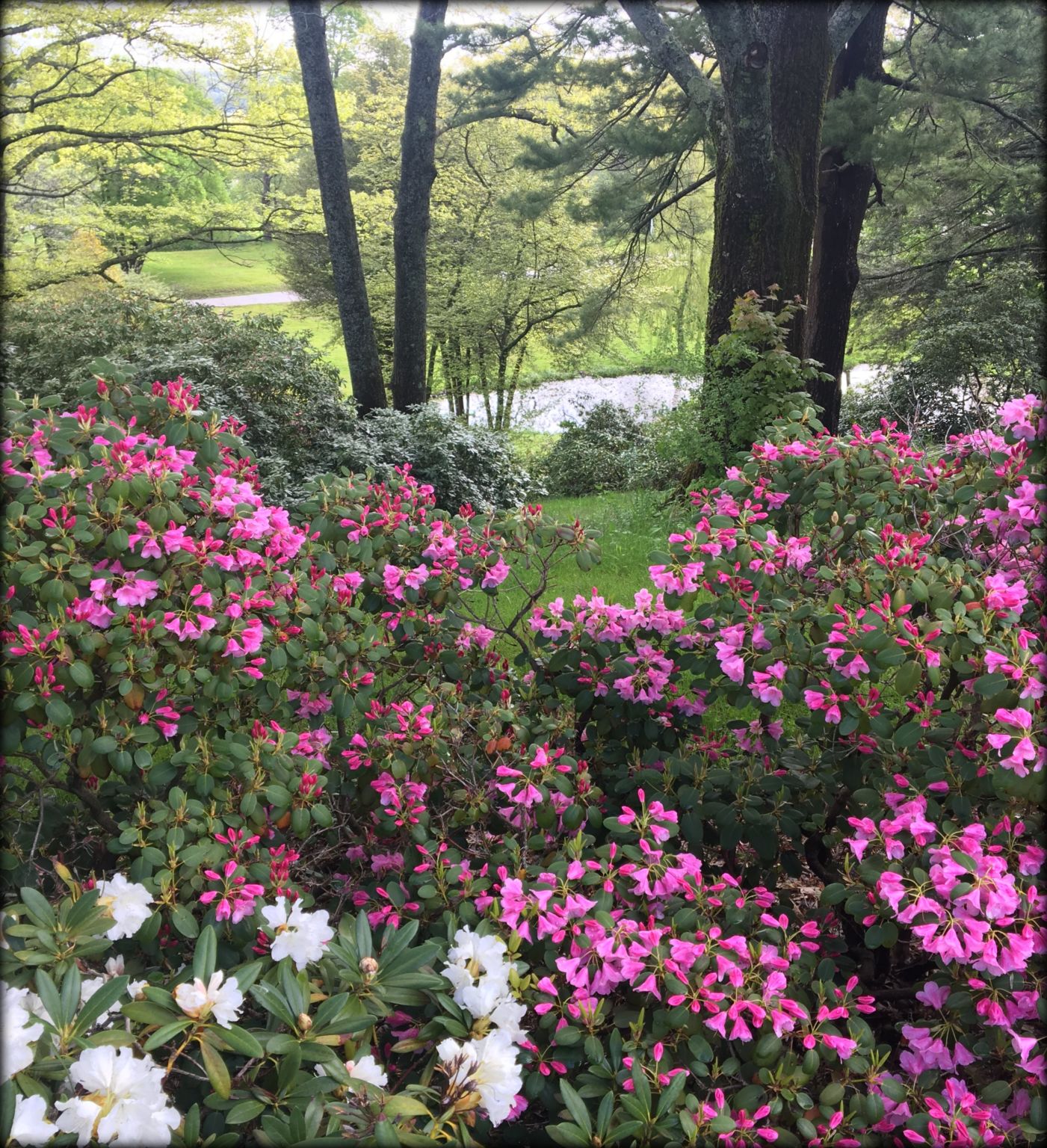 How the rhods came to be there is an interesting story that was unavailable to visitors until now. A couple of years ago, the Atlantic Rhododendron and Horticultural Society (who are interested in the local history of their favourite plant) approached the Research Station and offered to produce (and pay for) some panels that would tell how scientists and technicians at the station had developed some spectacular rhododendron cultivars particularly suited to our regional climate. This complex interpretation project was managed by my wife Sheila Stevenson. It was exciting to finally watch the panels installed in June. It didn’t just happen. 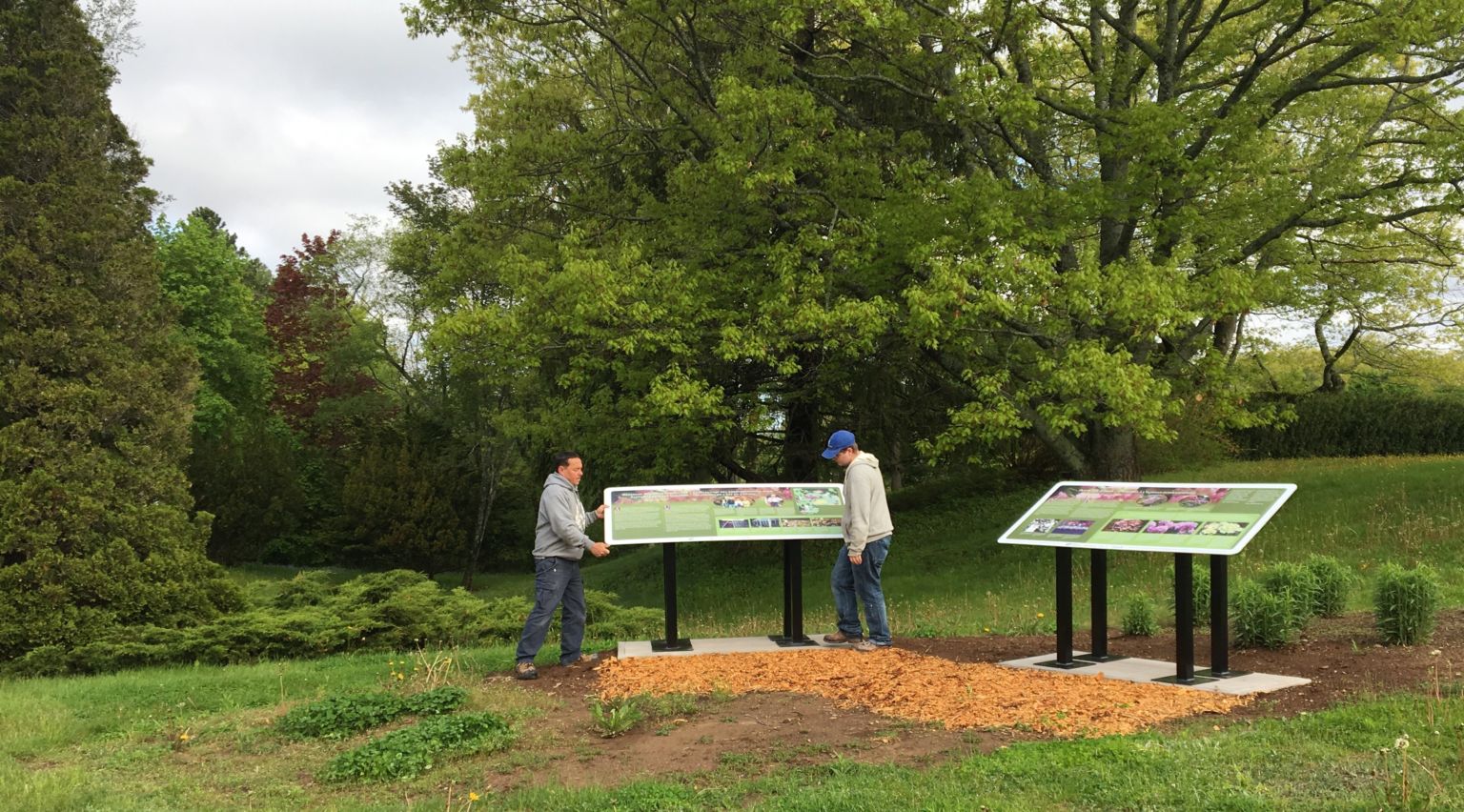 The panel design was done by Grant Murray Design, and production and installation was by Atlantex Creative Works. Great to work with local professionals who confidently turned our ideas into reality. 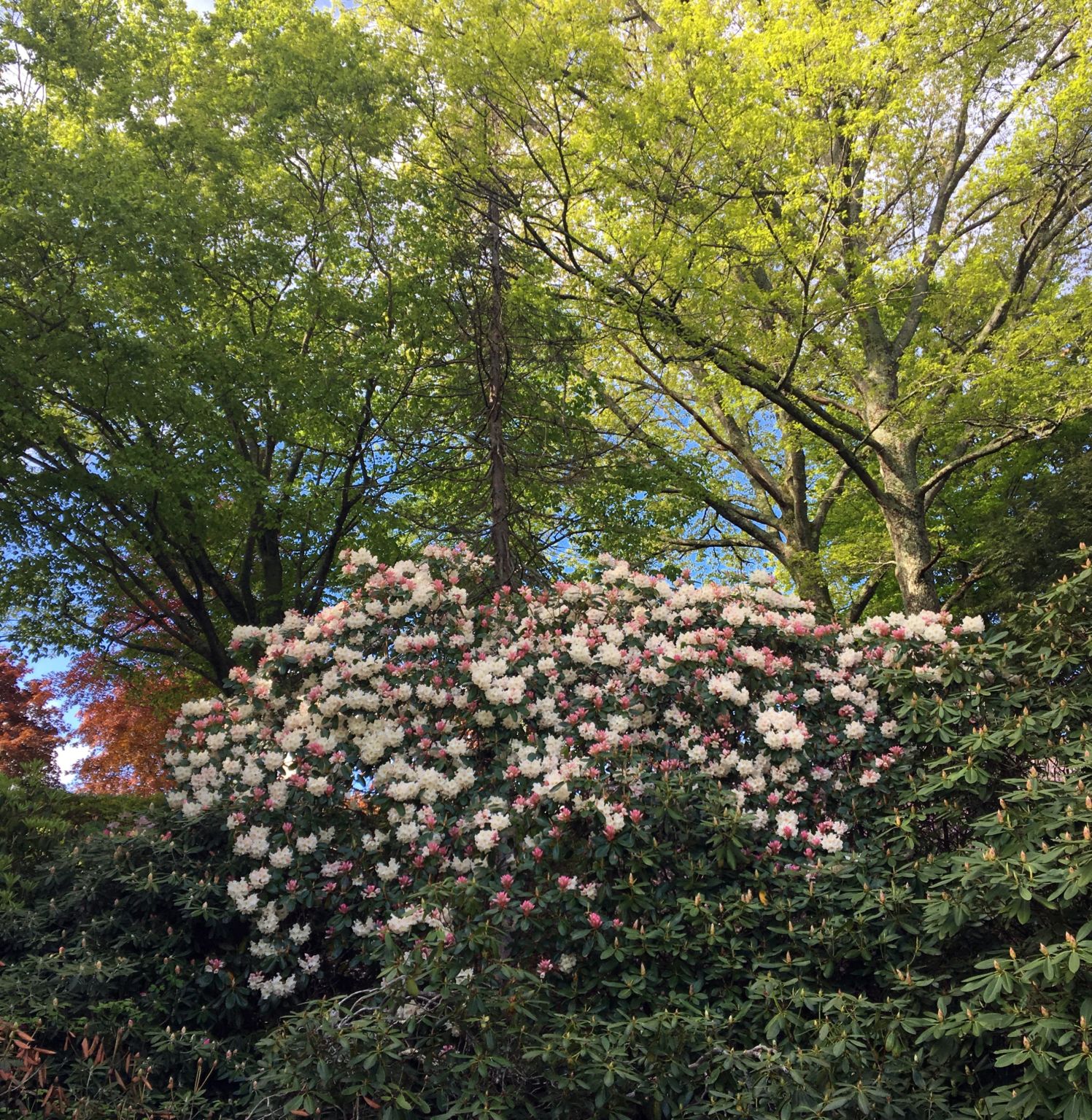 So, three projects that have top quality design and materials. They make their communities more appealing to citizens and visitors. Stop and take a look, if you are travelling this summer.

I also don’t know the name of the designer for the new planting of trees that will replace the roses.