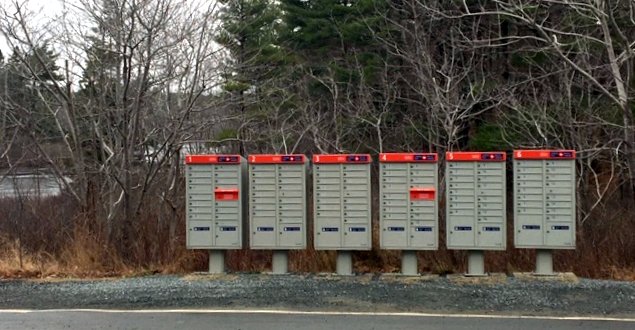 We were listening to the news about the turmoil at Canada Post and Sheila said, You must have some photos of mailboxes. And I thought, yes I believe I do.

Here is the style of mailbox I used as a child. They were scattered through neighbourhoods, attached to utility poles; one was at the corner of Watt and Chestnut Streets, near our house. 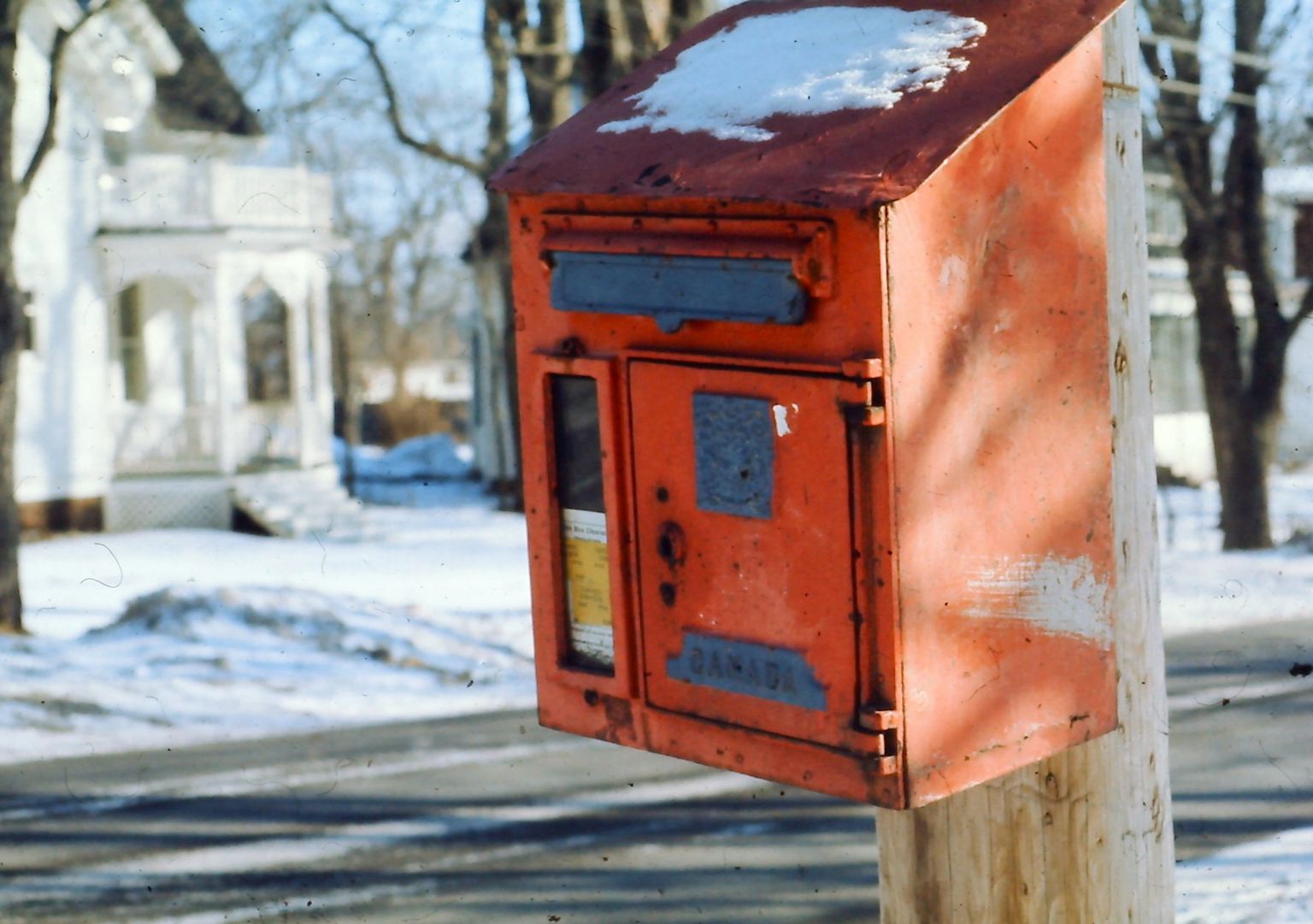 I photographed this tired specimen in Sackville NB in 1975, the last of the clan.

The oldest and grandest mailbox, I can think of, in Halifax is in the foyer of the 1931 Bank of Nova Scotia building on Hollis Street. Letters can be mailed on upper floors and drop down a glass fronted chute (so any blockage is obvious). Also, I suspect it would be amusing to watch mail falling from on high. 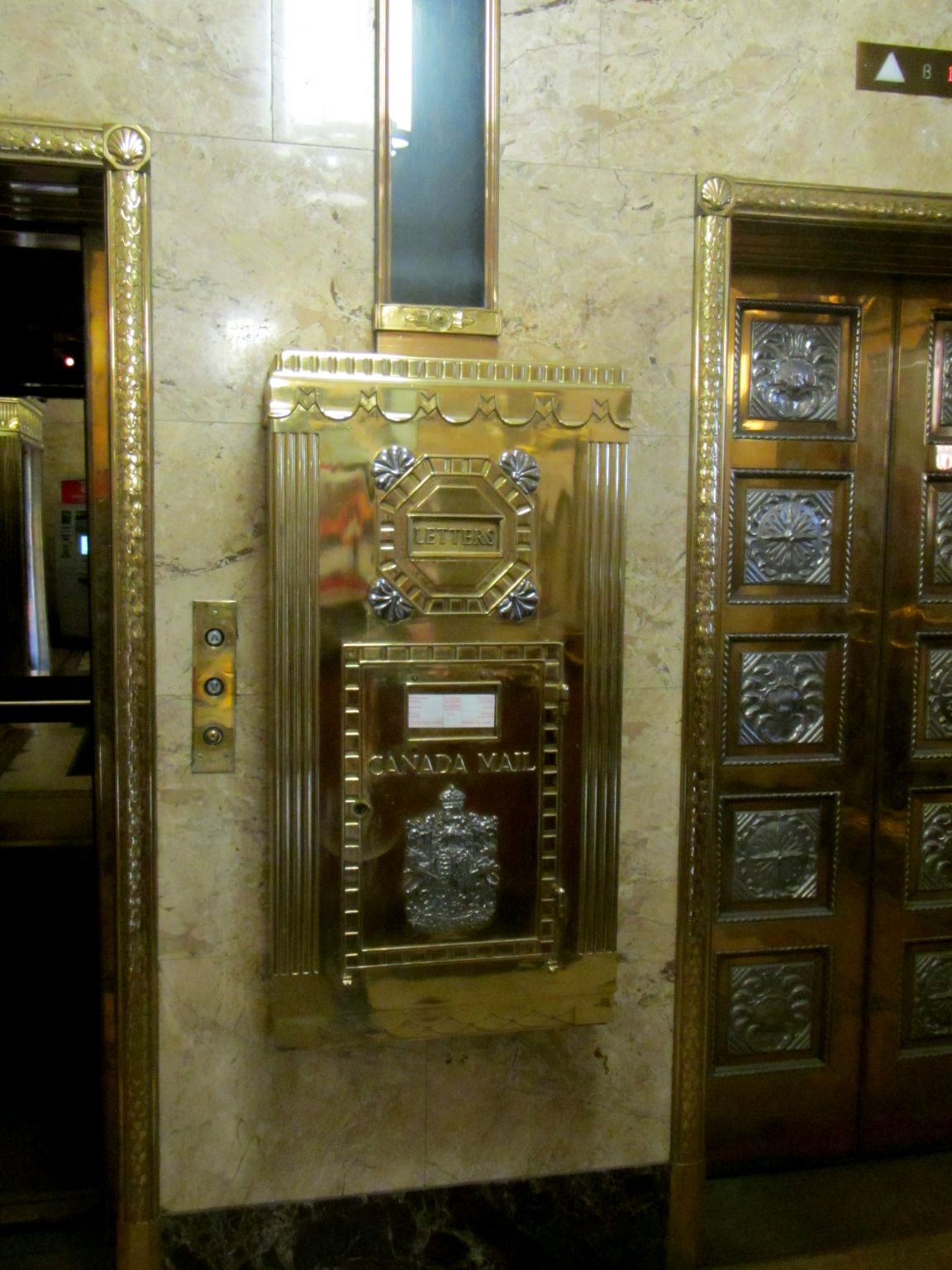 A less ornate version of this style of mailbox is in the foyer of the 1950s Sovereign Building on Spring Garden Road. 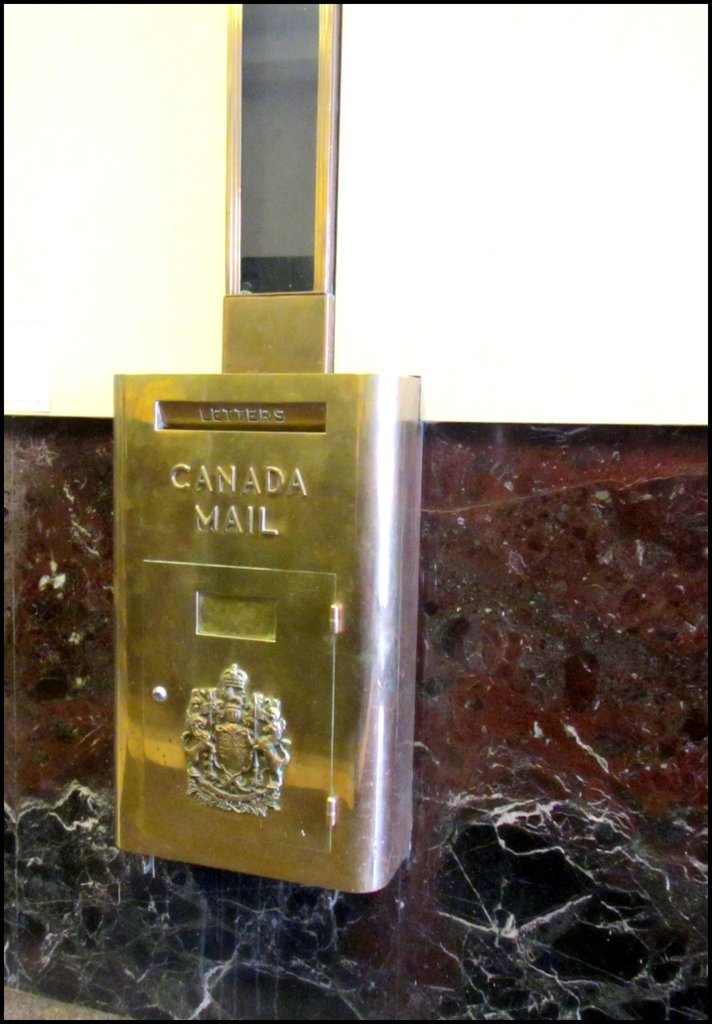 The 1936 Dominion Building on Bedford Row housed the main post office. Over the front door are dramatic bronze panels showing some of the ways the Royal Mail was carried back in the day: truck, steamer, airplane, and train. 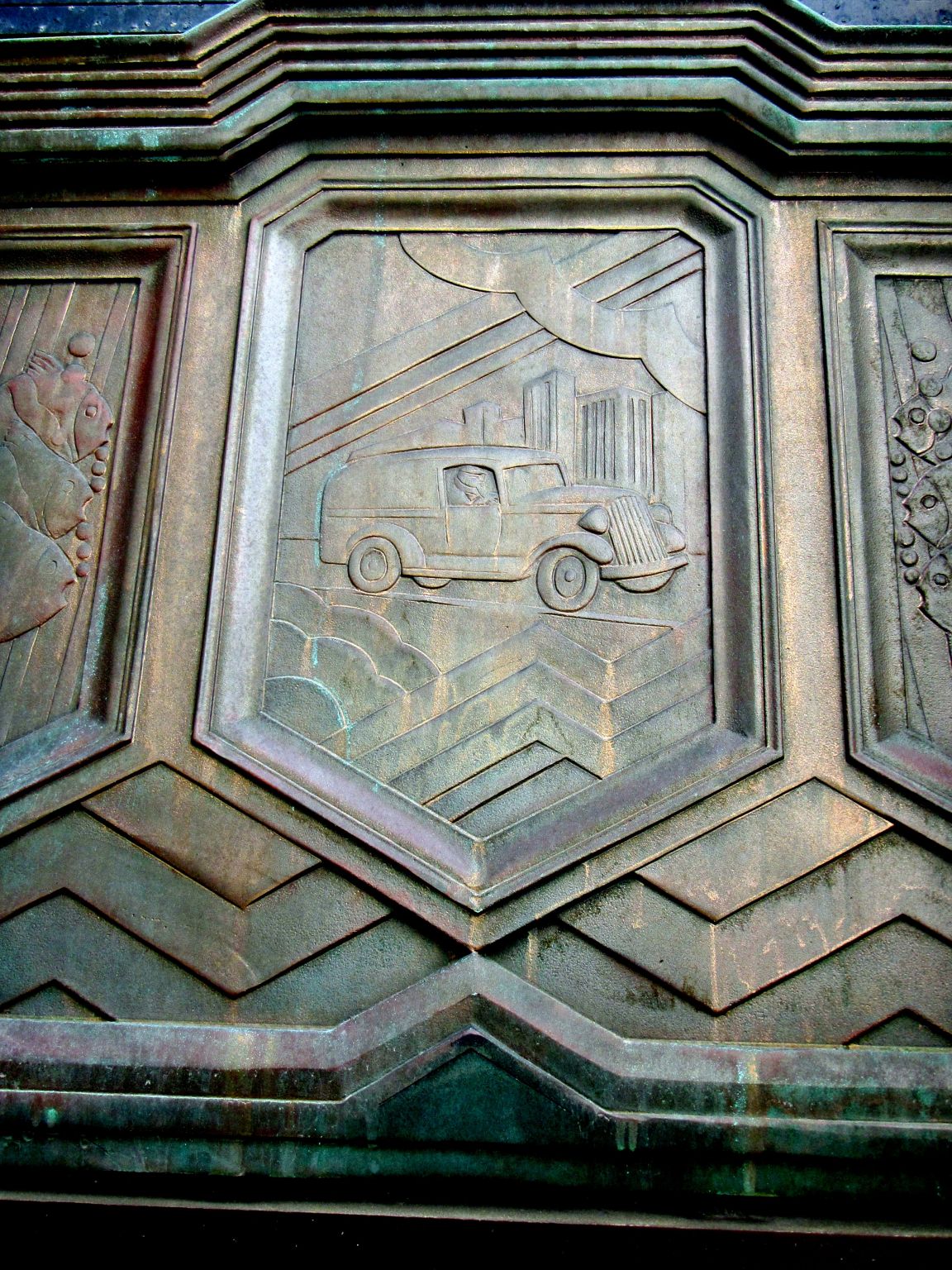 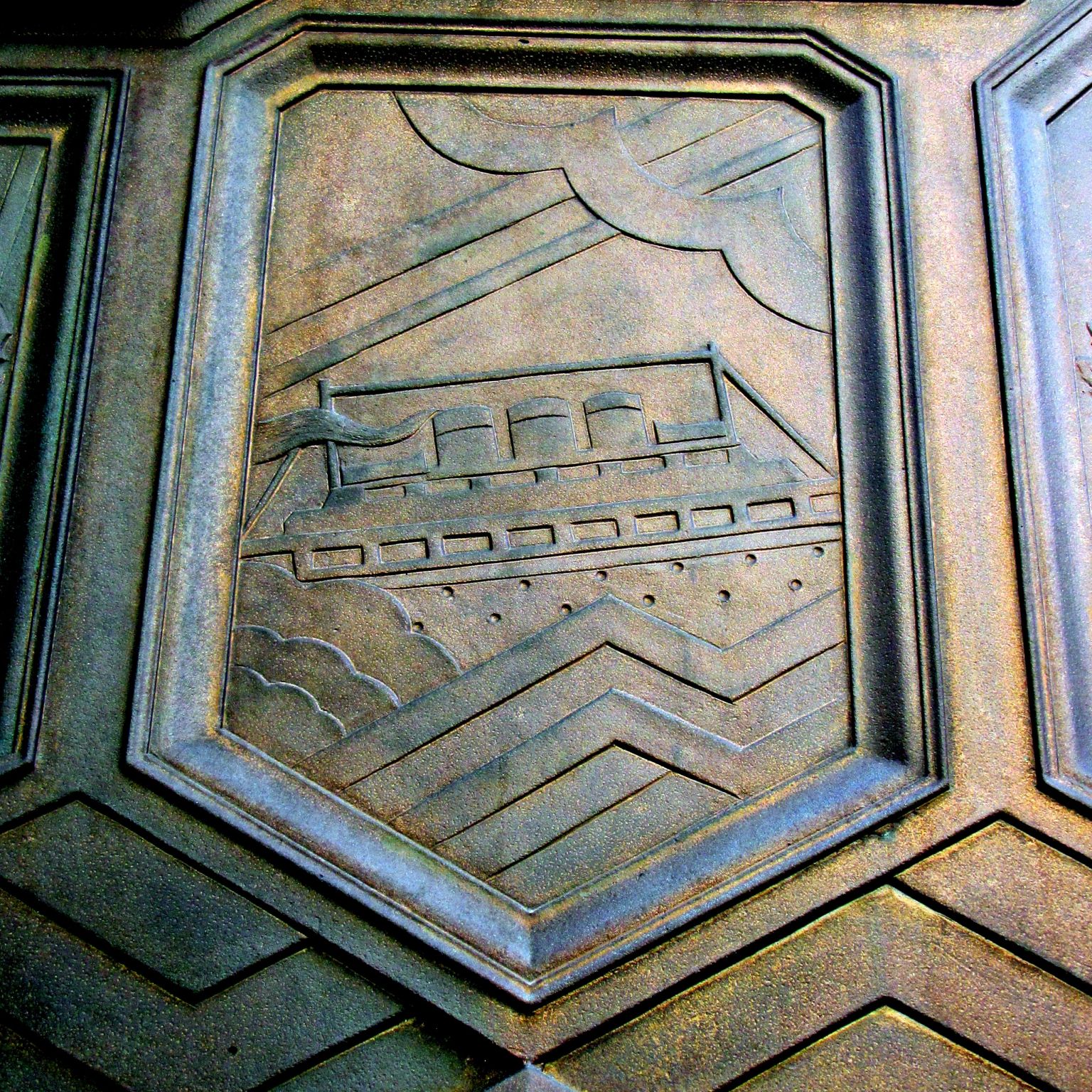 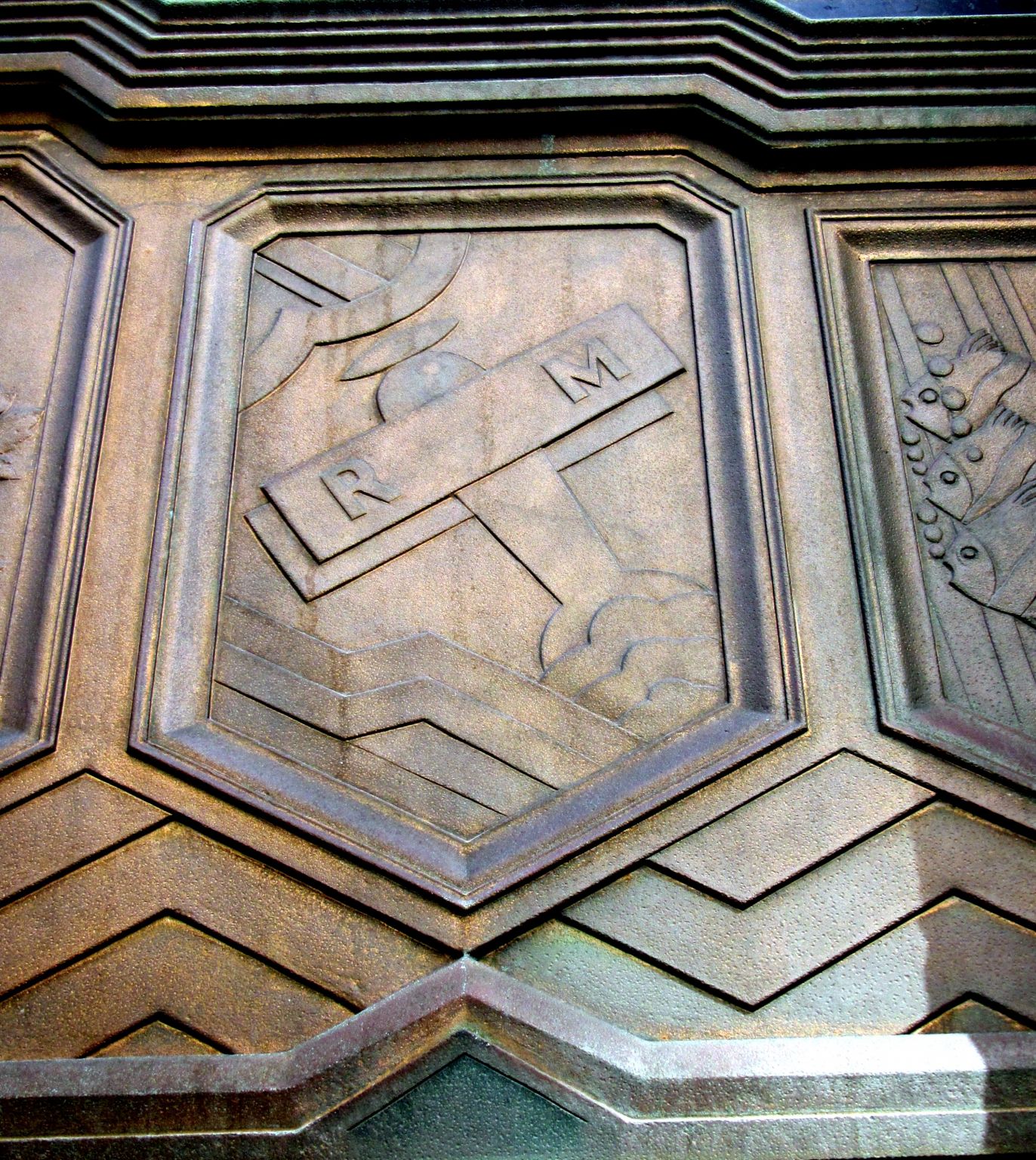 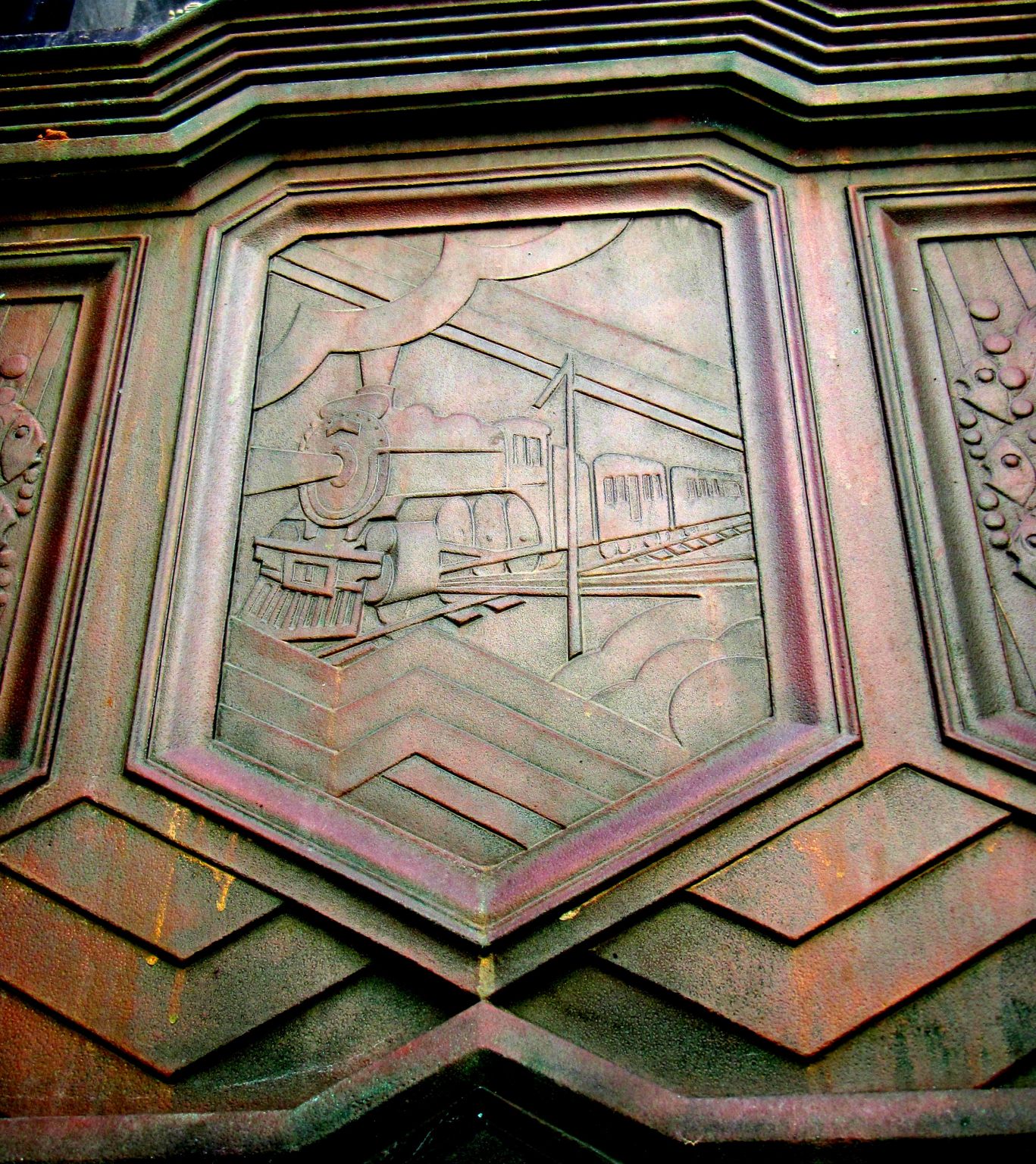 Speaking of Royal Mail, in the post office on Almon Street there is a delightfully old, framed portrait of the Queen. 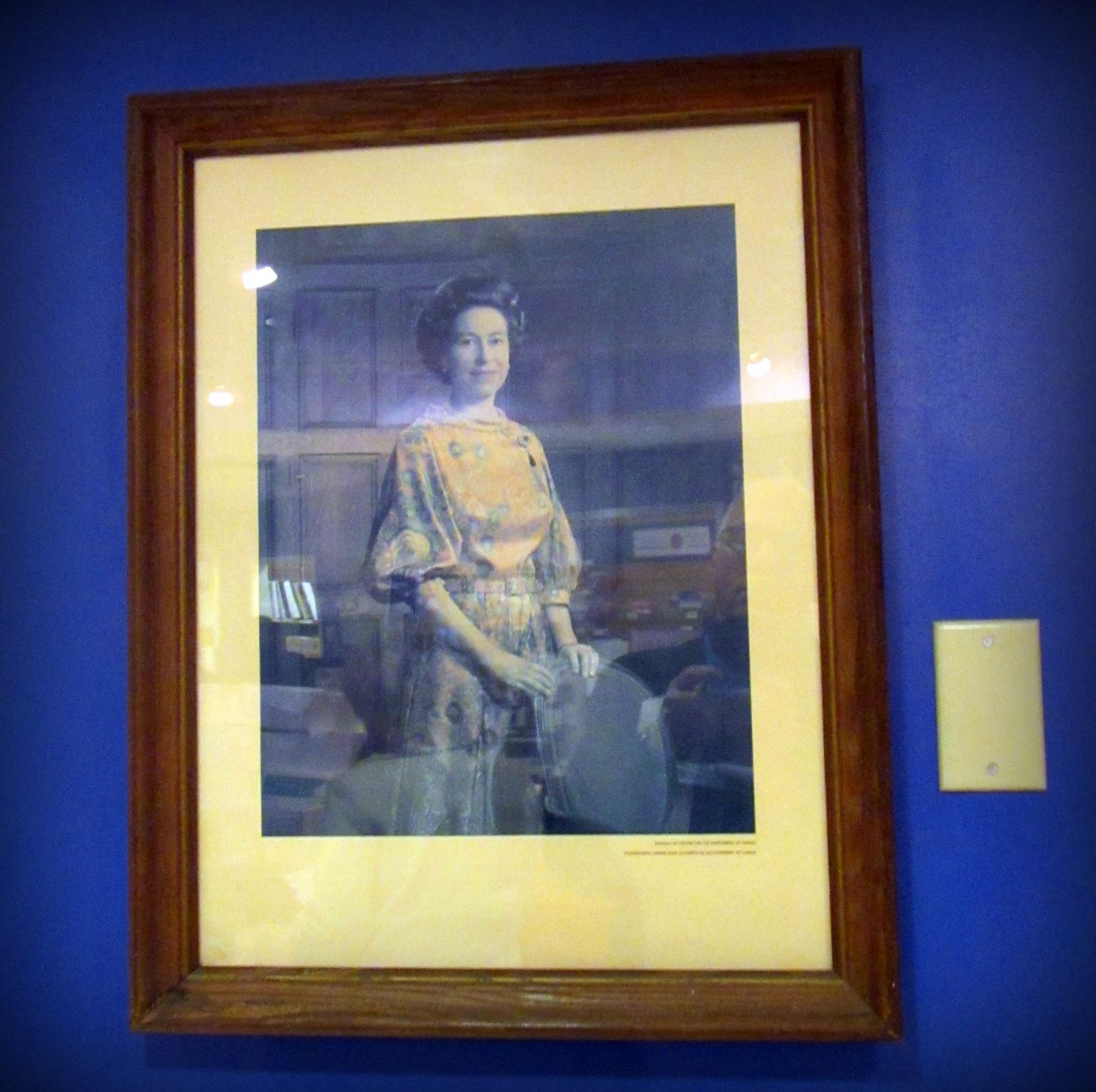 It is my impression that Canada Post has had strong design culture for a long time. The mailbox graphic that hides tags is brilliant. 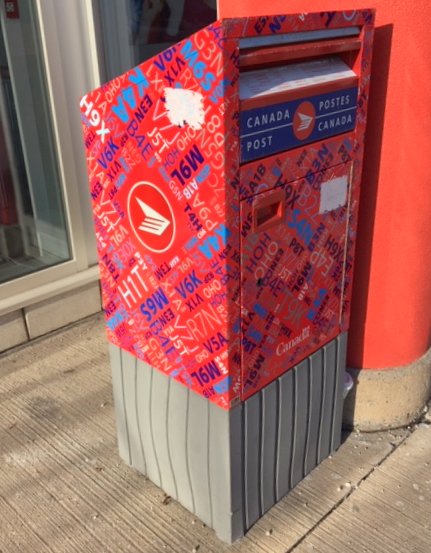 Here are the community mailboxes near the Frog Pond being sympathetic with the landscape (for at least a couple of weeks a year). 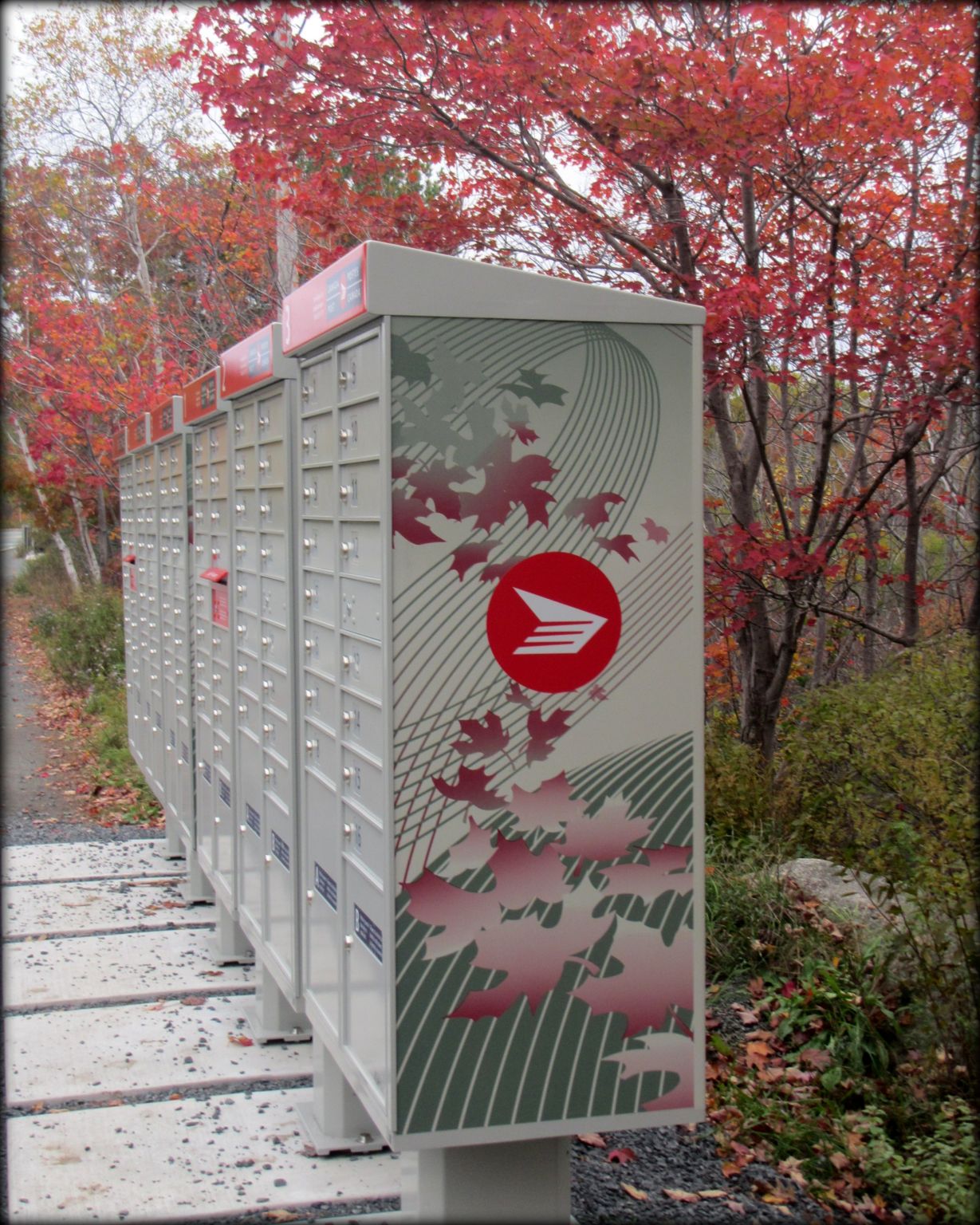 And let’s not forget all the individual creativity that many folks, who get rural delivery, invest in their personal mailboxes. A couple of examples from Eagle Head, Queens County are a lobster trap with its numbered buoy, and some Maud Lewis-style kittens. 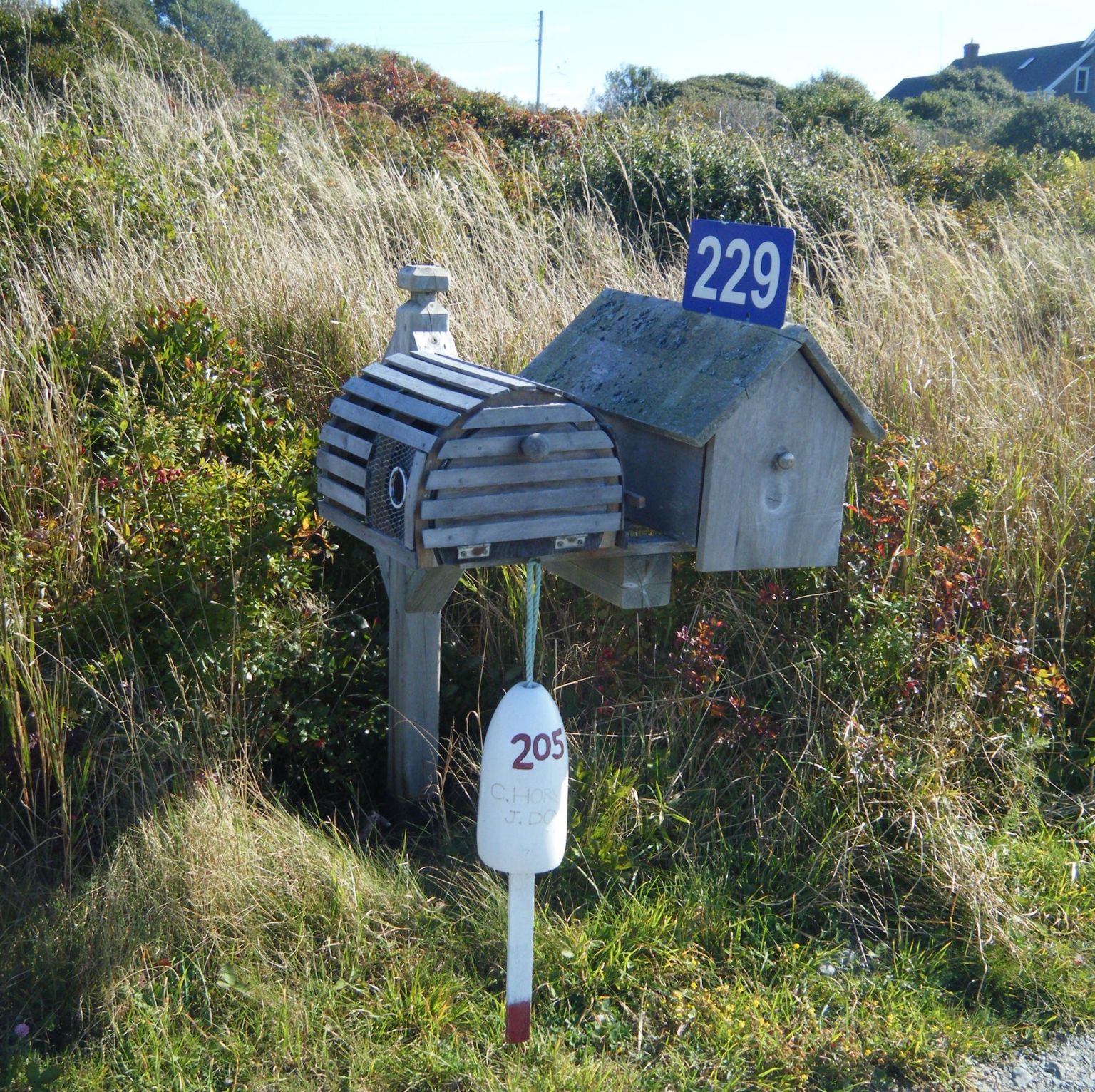 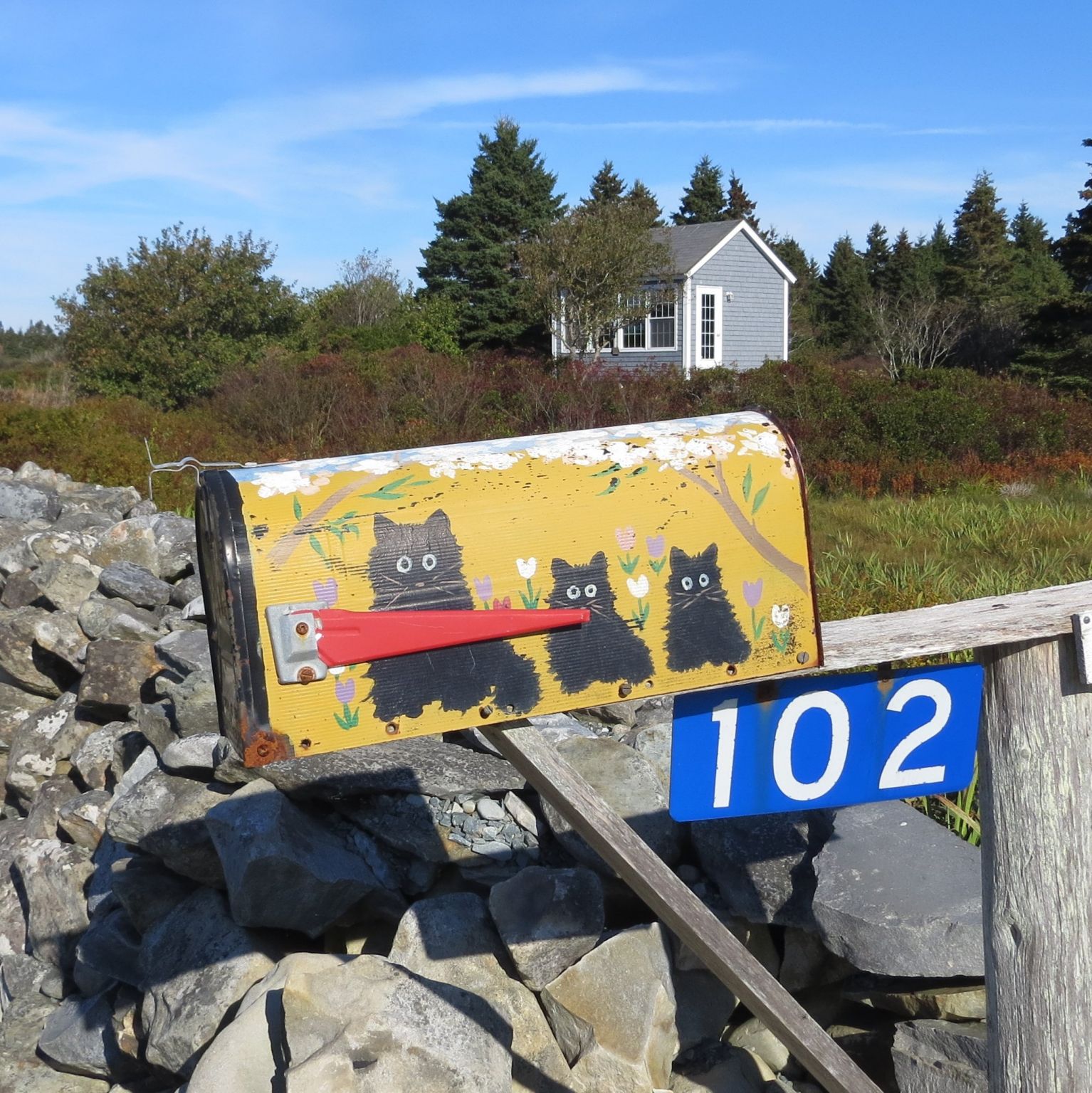 Nineteenth-century, decorative letter slots were once more common. The upper example was on our old Inglis Street house. 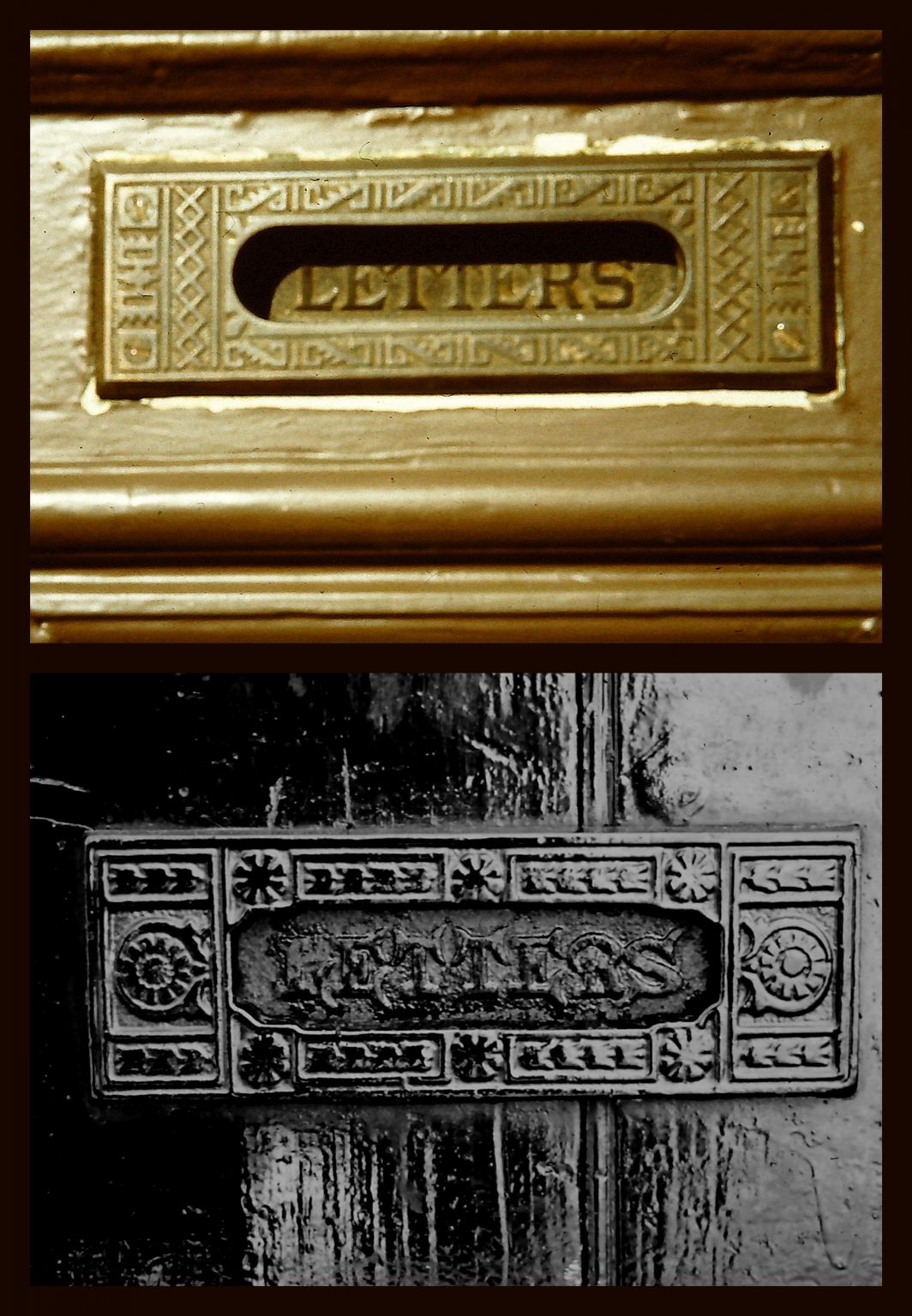 Young folk might not realize that the “letterbox” format for images is named after the long narrow shape of these slots.

I don’t collect stamps but there are some other bits of postal-related ephemera in the warehouse. These attractive labels date from the 1960s. In the days before postal codes you could assist the mail sorters by tying your stacks of Christmas cards with string and labeling them as in town or out of town. Does that sound like I’m speaking a foreign language?

It was hard to resist little boxes of mailing labels, purchased in stationery stores in the 1970s. 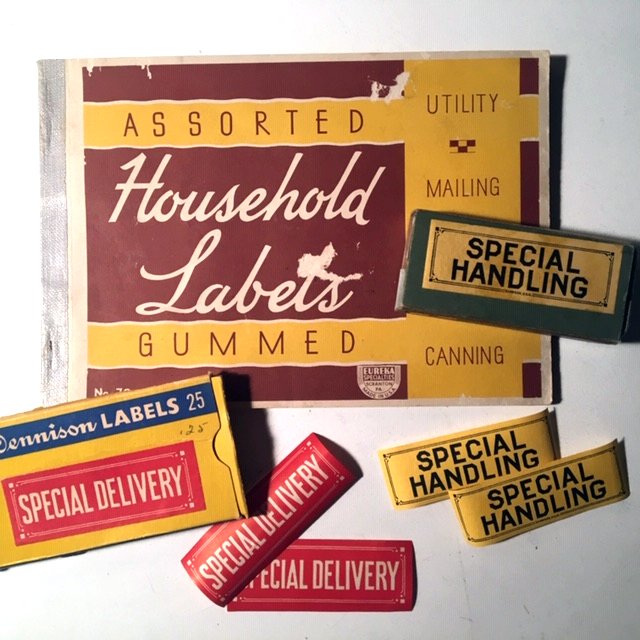