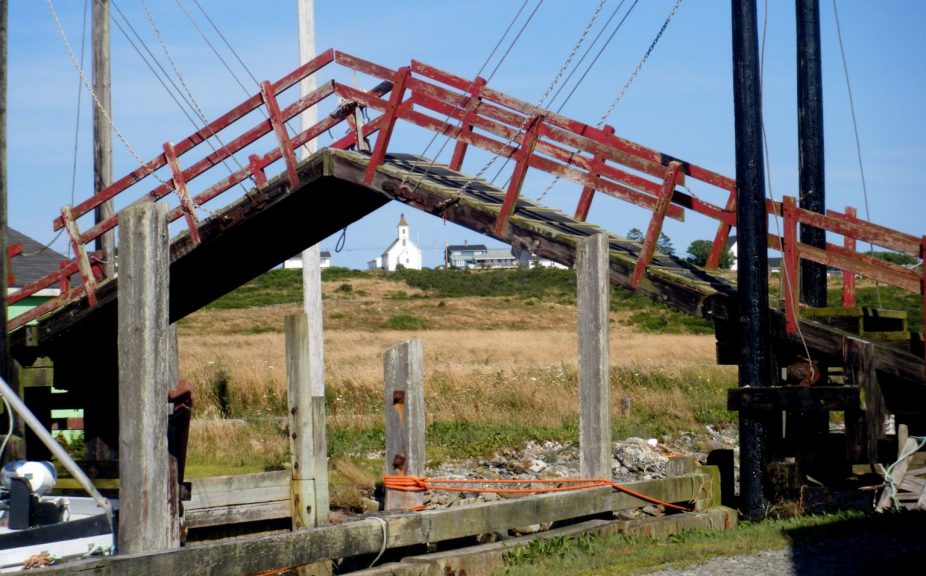 In the morning paper a few weeks ago, I was excited to read that many levels of government were putting a little money into keeping Nova Scotia’s tiniest drawbridge in tip top condition. It was particularly interesting to see that the new Develop Nova Scotia (the old Waterfront Development Corporation with an expanded mandate) was the source of the provincial dollars. They understand planning and designing for people, so I hold out great hopes for projects Develop takes on.

Water under the bridge

The tiny footbridge is located in the appropriately tiny fishing port of Sandford near Yarmouth. The bridge provides a steep, but convenient, link across a narrow passage from the sea. The lift function allows taller vessels to pass into a small inner basin.

In SW Nova Scotia, the bridge appears to be well-known, but it’s my sense the rest of the province remains unaware of its charms. I visited Sandford in 1975 especially to see this monument of rustic engineering, because I had seen a photo of it in some tourist literature. 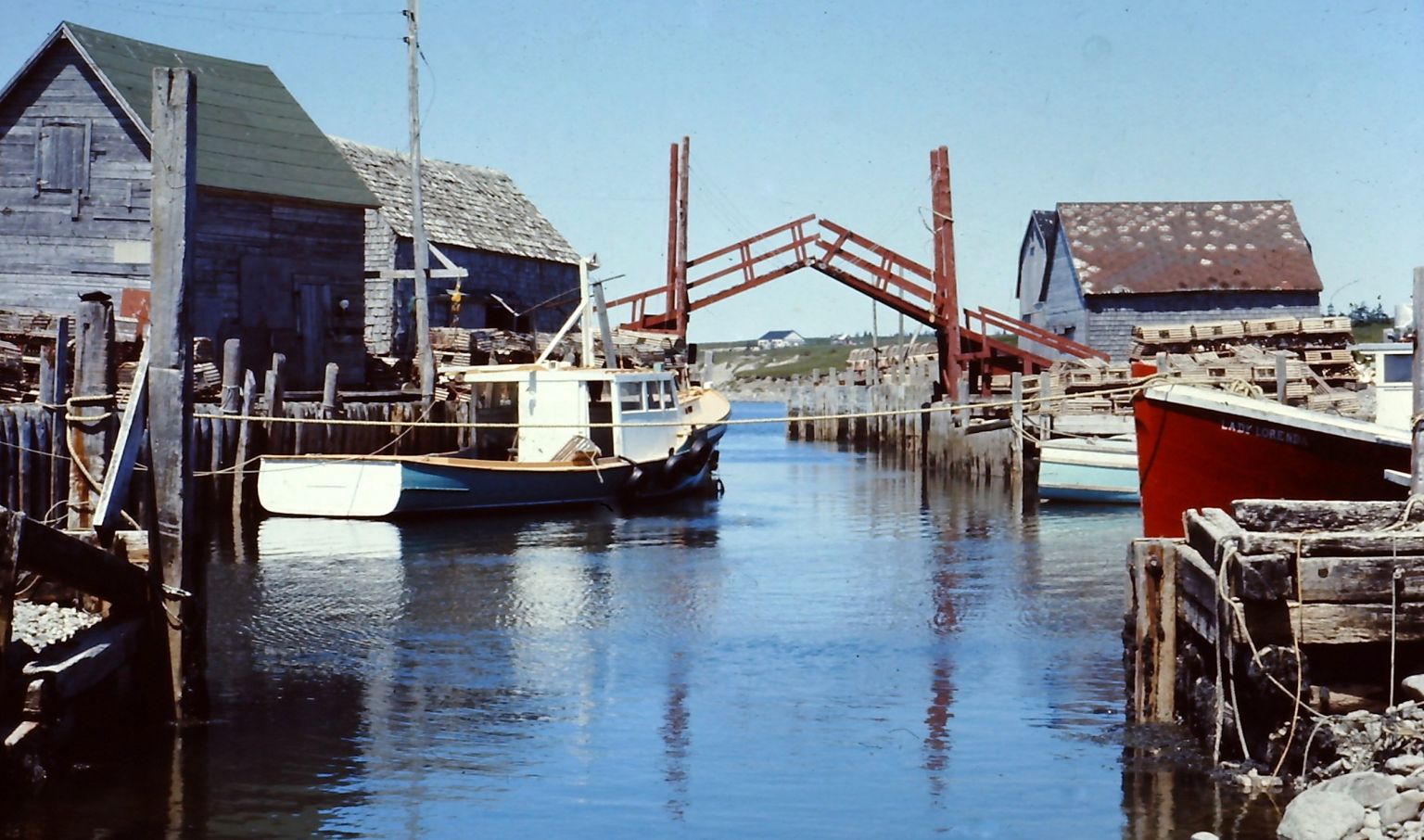 The Public Archives has a number of images of Sandford, taken over several decades, which capture the picturesque quality of the bridge and associated fish houses. I stood on almost exactly the same point as two earlier photographers, so it is possible to compare images to see how buildings matured and the bridge evolved since the 1930s. 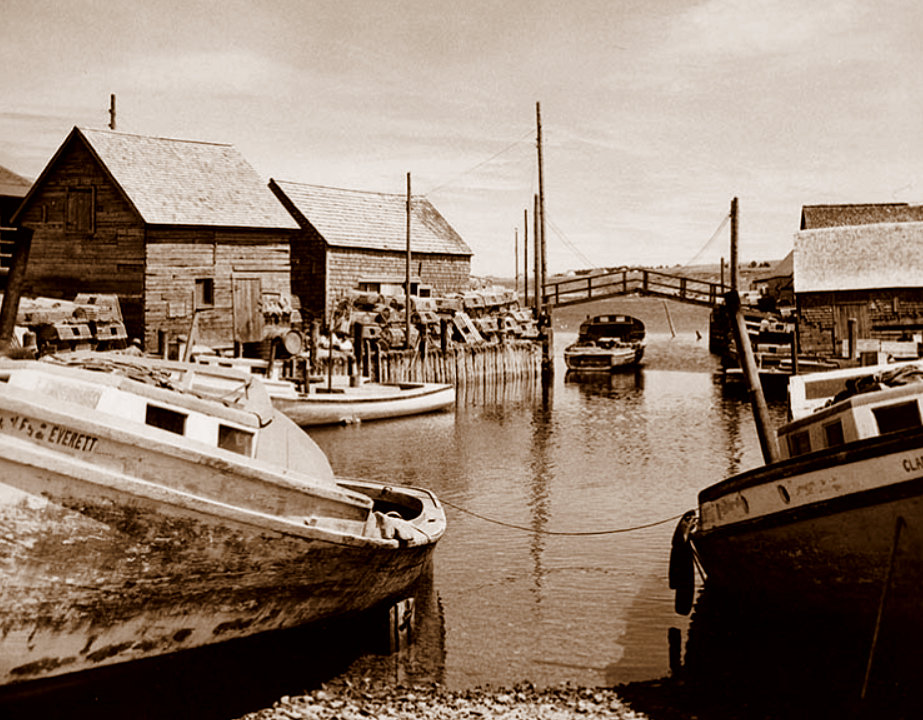 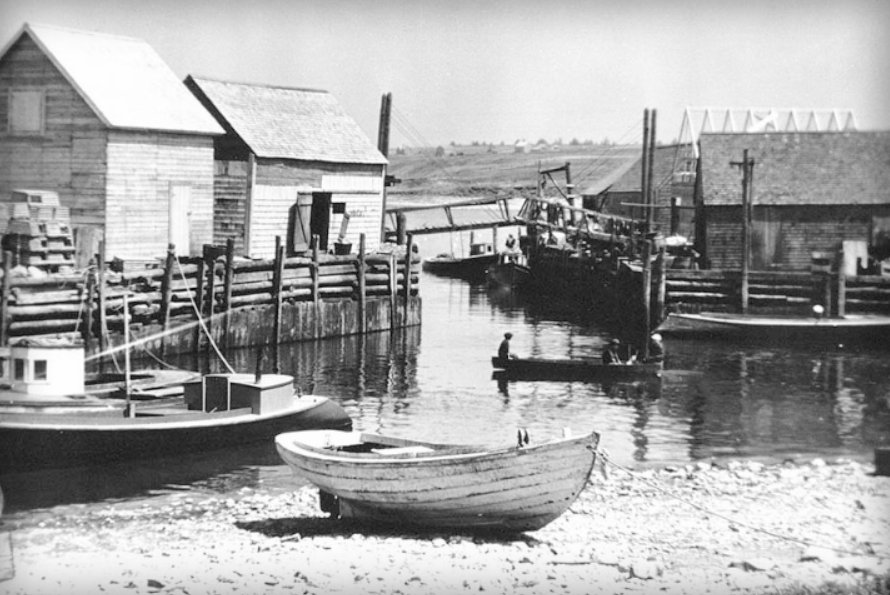 Famous marine photographer, Wallace MacAskill (1887 – 1953) took a series of photos of Sandford. This is undated but it is perhaps 1930s. Notice the “canoe” sterns on the early motor powered fishing vessels. NS Archives 1987-453 No380

In this undated MacAskill photo, buddy in the dark suit is sitting on the rail of the bridge which is festooned with drying nets. Men on the boat are unloading (with pitchforks) codfish of a size only dreamed of today. 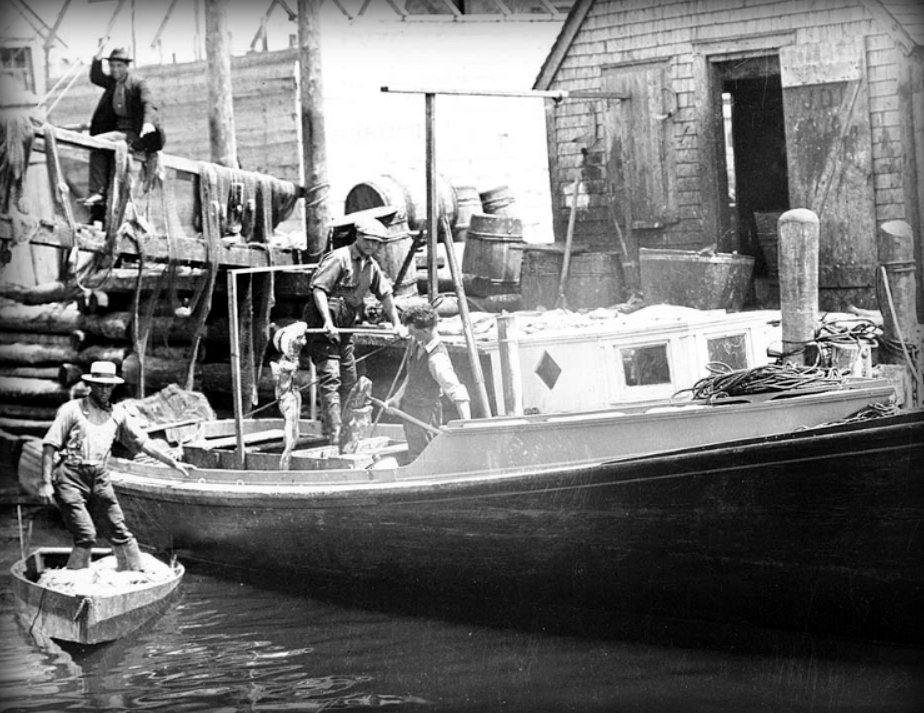 When we visited the bridge again in 2012 the thrill was really that it was still there. As folks plan for the maintenance of the bridge, I hope they will put some resources into elevating the visitor experience as well as the bridge. 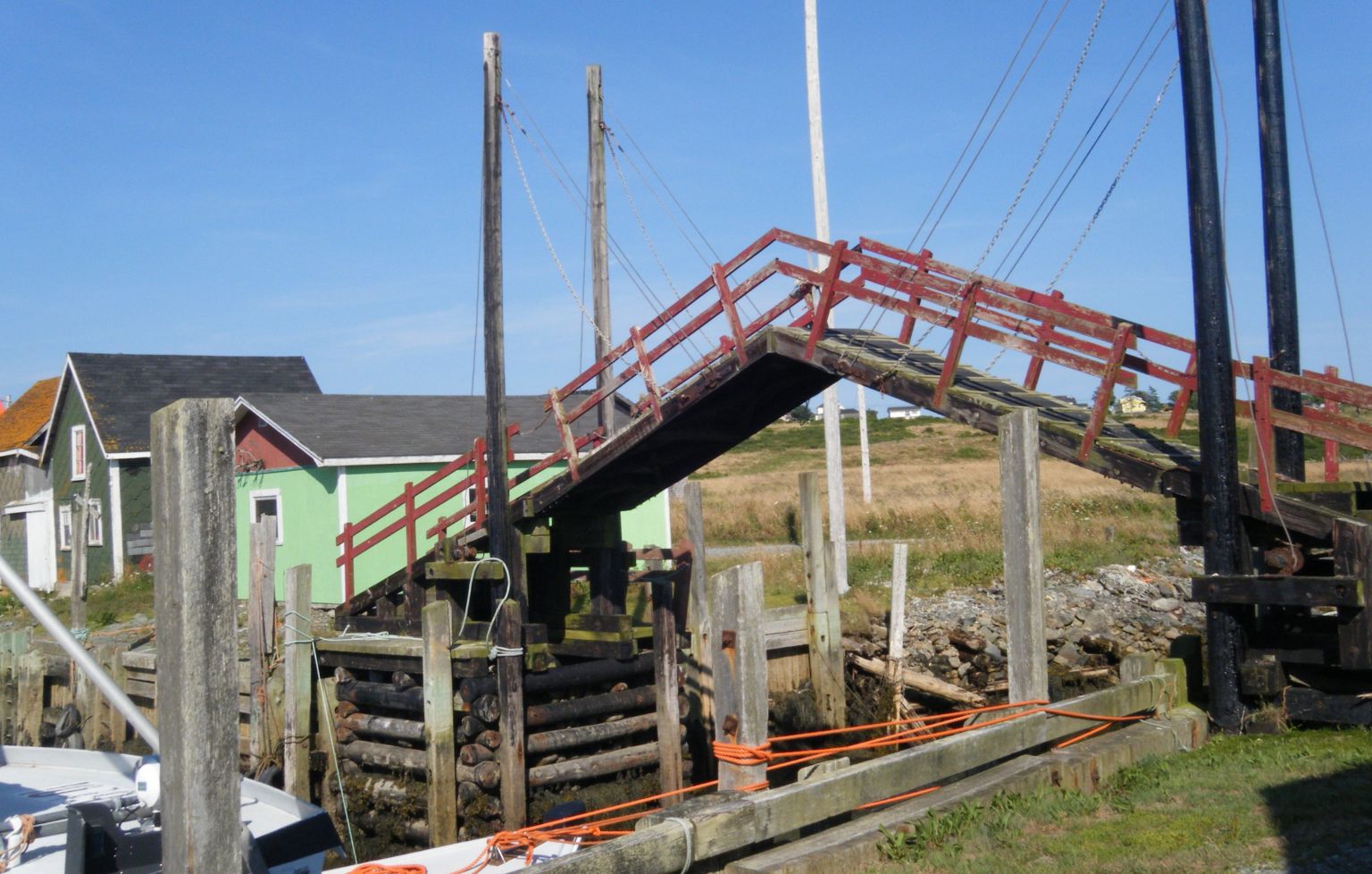 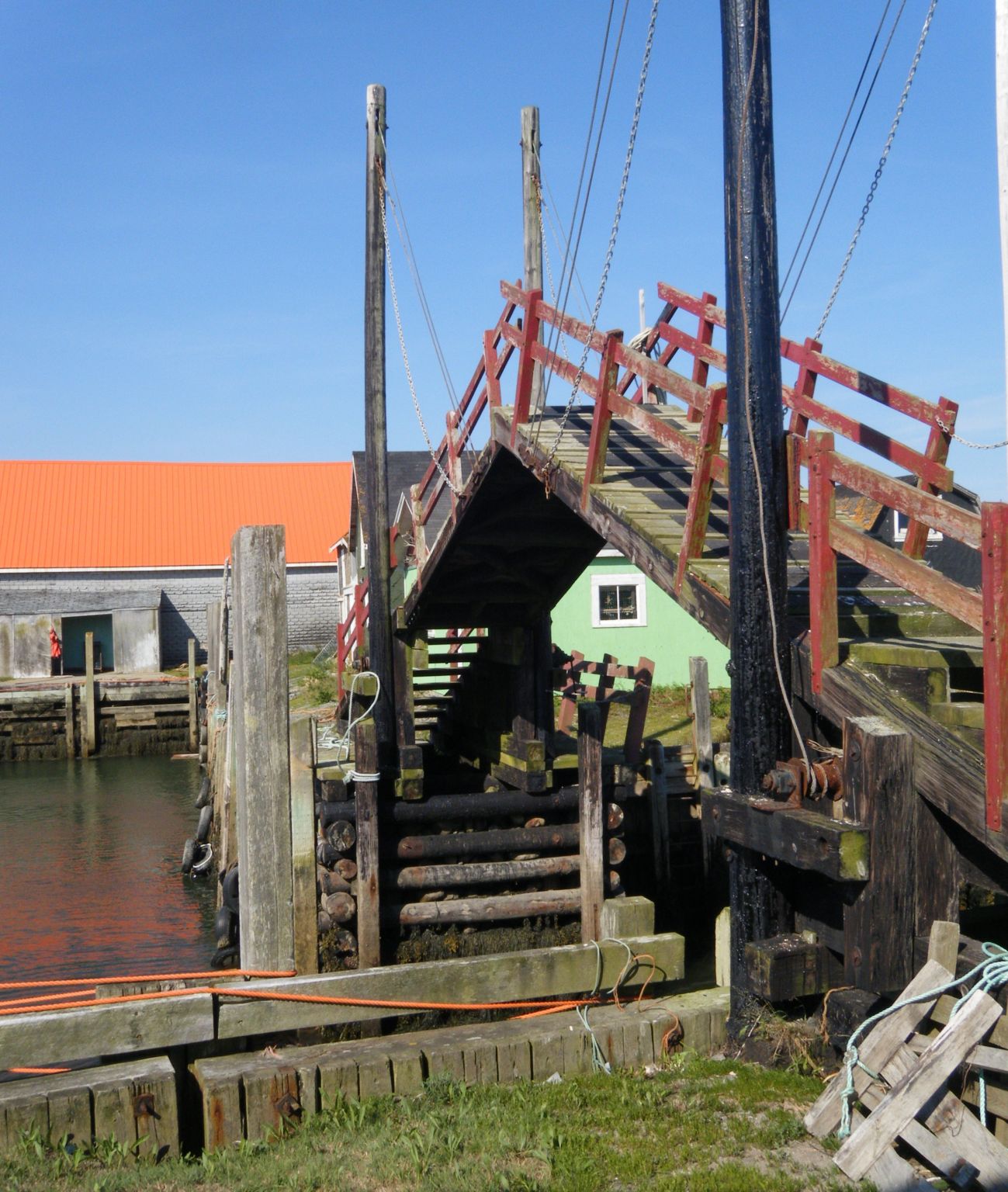 As I’ve spent time looking at images of the Sandford drawbridge, the many tiny, arched bridges of  Venice came to mind. Some buried memory made me search paintings by the eighteenth-century painter Canaletto and there it was, his 1732 painting of the Arsenale bridge in Venice. Maybe not exactly like Sandford but it makes you think. 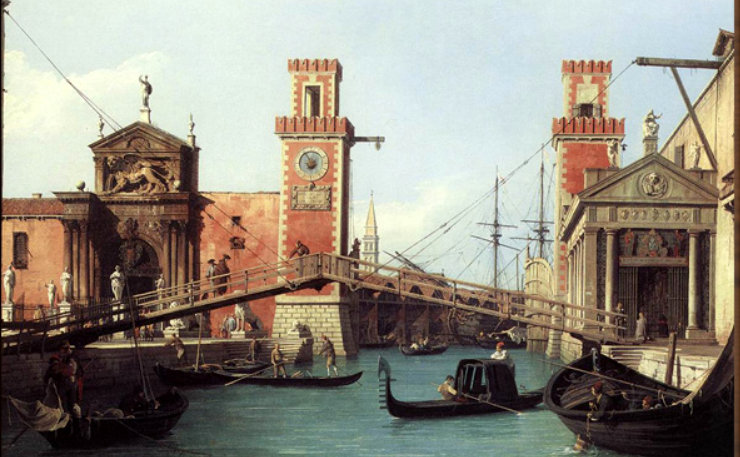 Made me start imagining the Sandford bridge with a little more gaiety, like some accent lighting. Then maybe occasional celebrations that included food with long tables on the wharf, canoes standing in for gondolas, a little music. You get the idea.