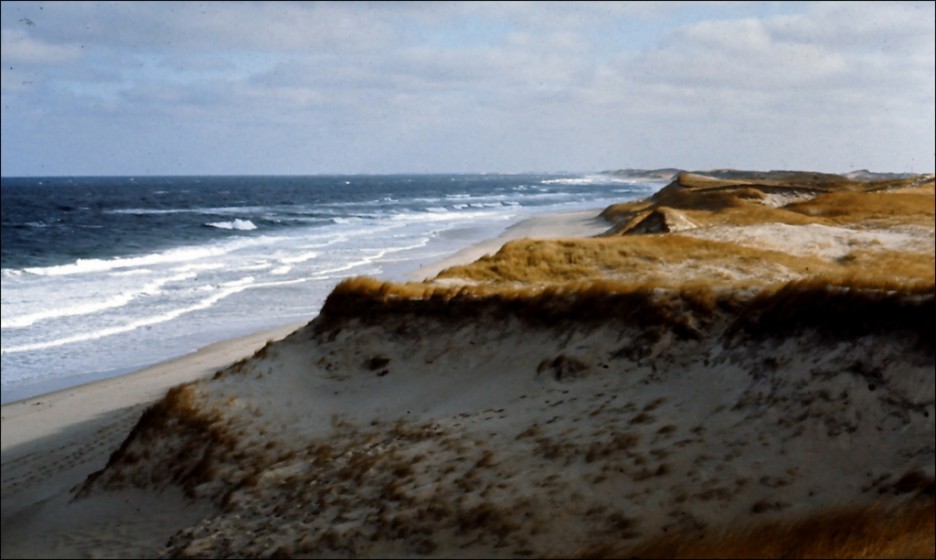 In the Travel Section of the Saturday Globe and Mail I was intrigued by a piece on visiting the Sable Island National Park Reserve. The isolated Island does hold a special attraction  for lots of people. Made me go looking for the slides I took during a two hour visit back in December 1975.

An acquaintance in the Department of Environment  had been doing work on Sable.  He told me about a large whale skull that was at their camp and wondered if the Nova Scotia Museum, where I worked, would be interested in having it. Our Collections people said sure and my friend offered to get me to Sable to help bring back the skull. Why of course, I could do that.

He arranged for us to go out on a Coast Guard vessel that brought supplies to the weather station. We left Halifax on an afternoon in early December, and the next morning when I went on deck, as far as I could see in both directions there was an improbable, thin line of sand. 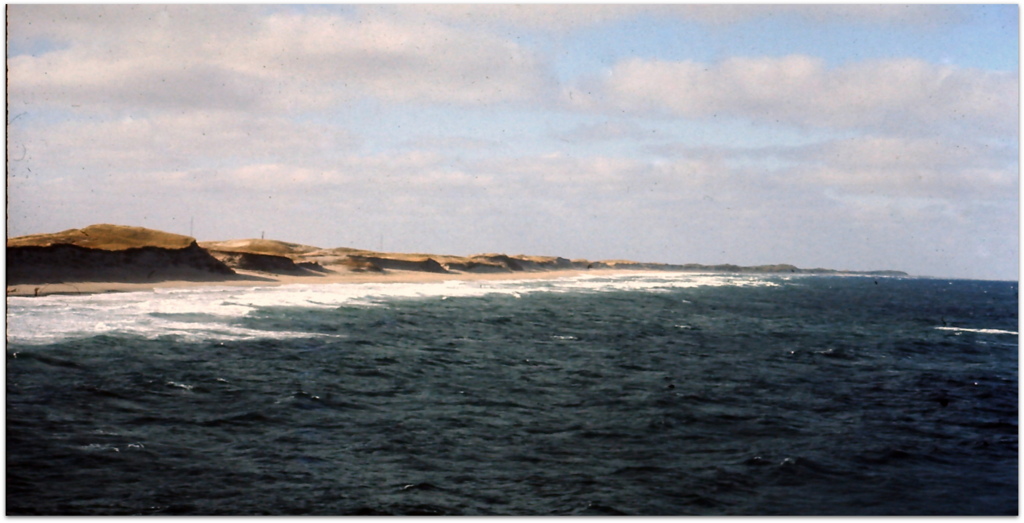 Soon the little helicopter on our vessel began ferrying technicians and material to shore. 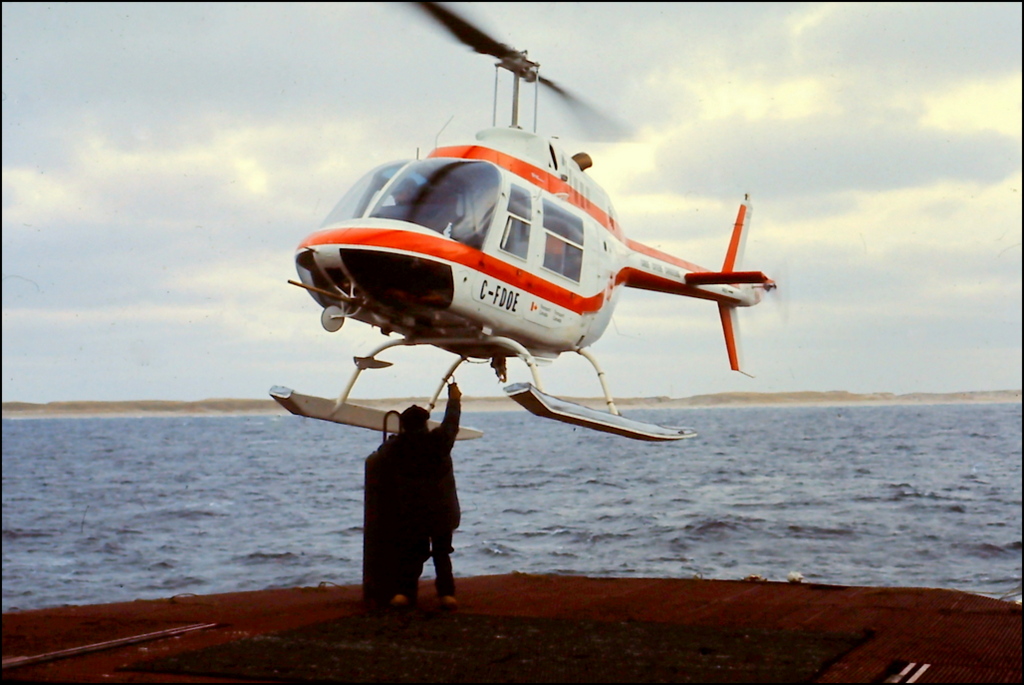 We made the quick trip and wrestled the huge skull into a cargo net. 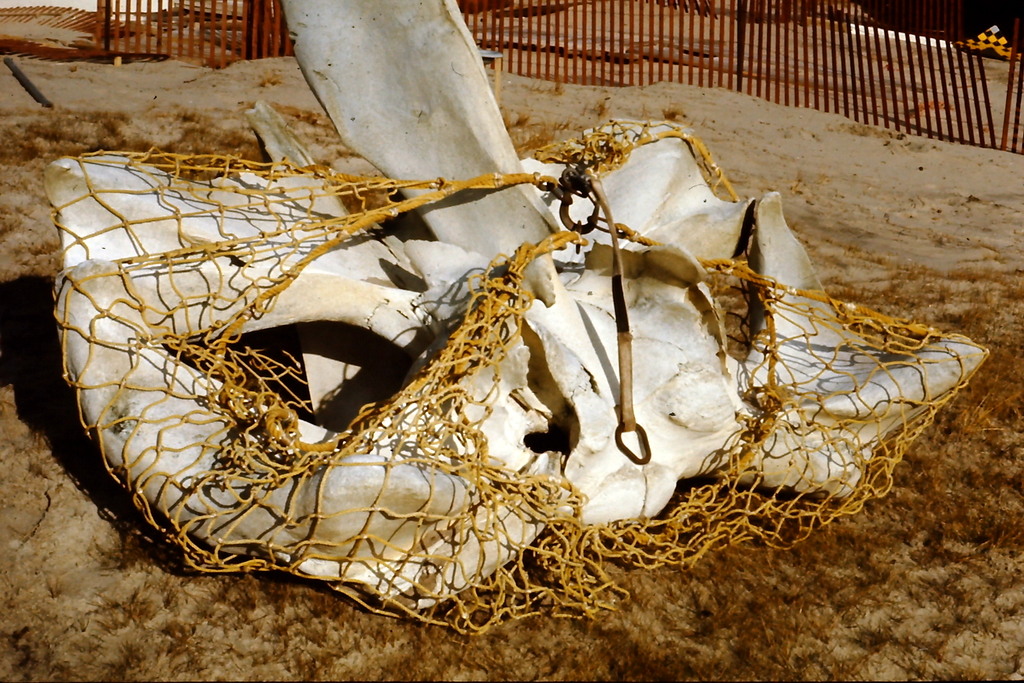 On a return trip the copter picked up our treasure, which actually looks bigger than I remember (that usually doesn’t happen). 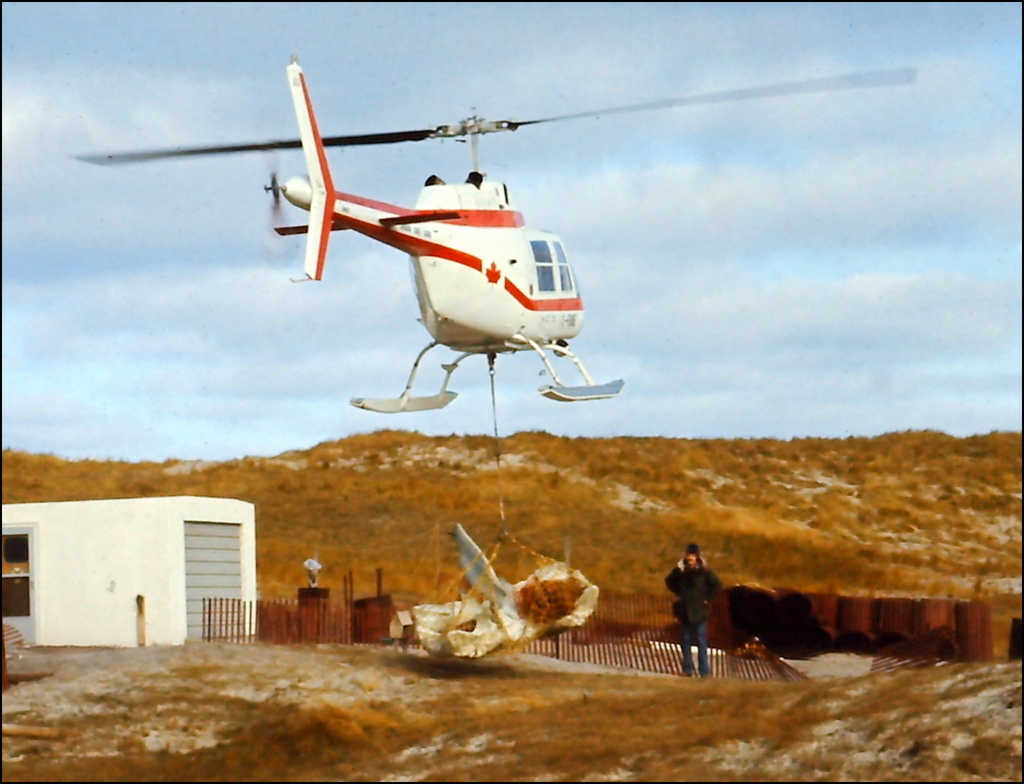 There was a little while to explore and very quickly I was able to witness many of the iconic sights. Of course it was rewarding that horses appeared in the landscape. 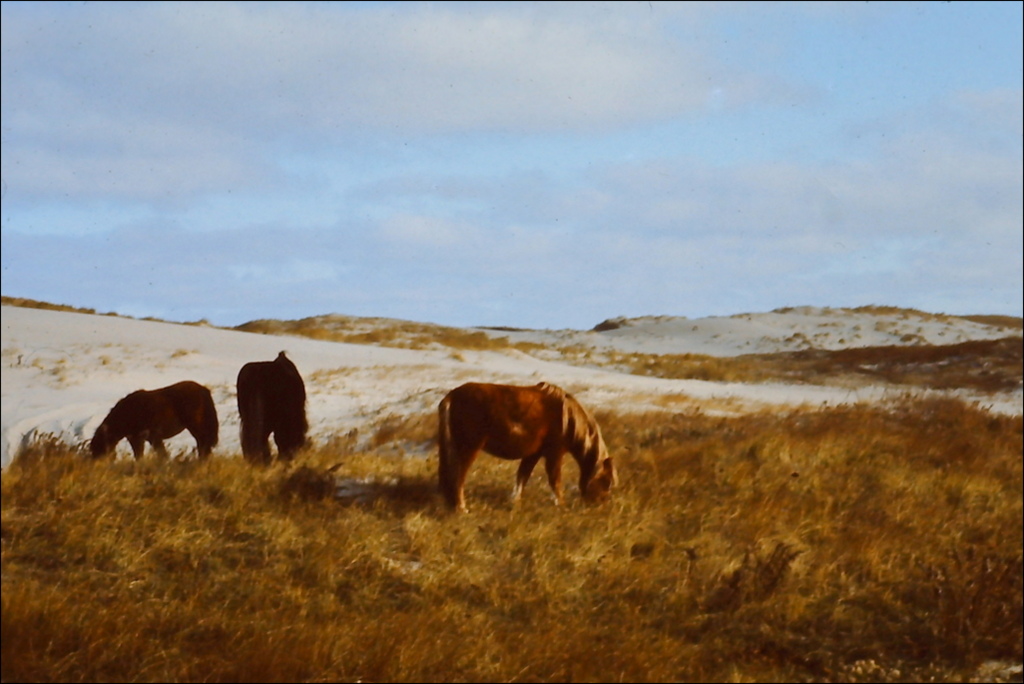 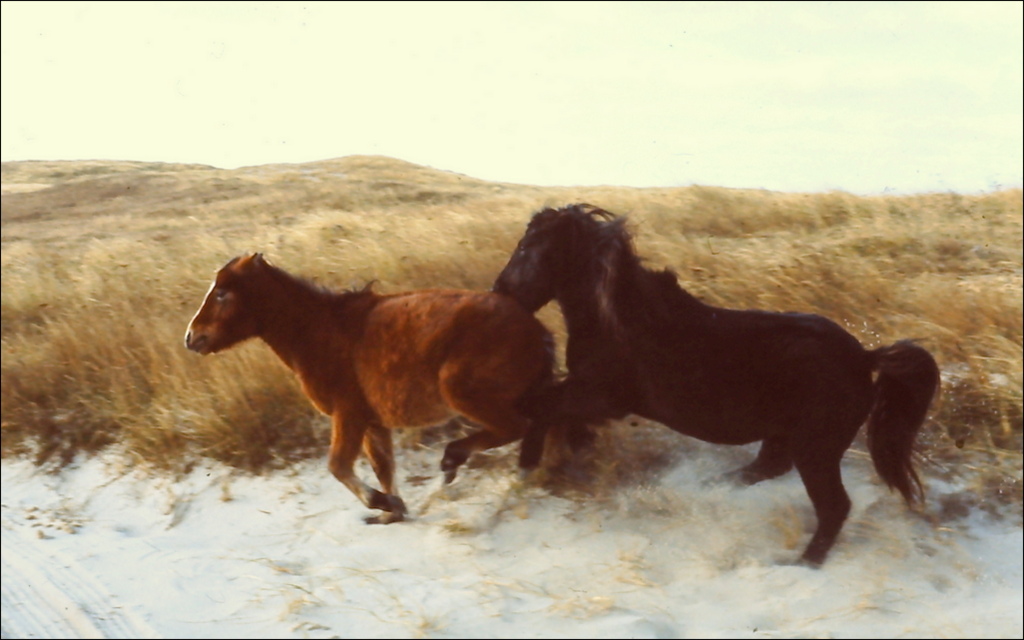 The  empty and endless beaches stretched to the horizon. 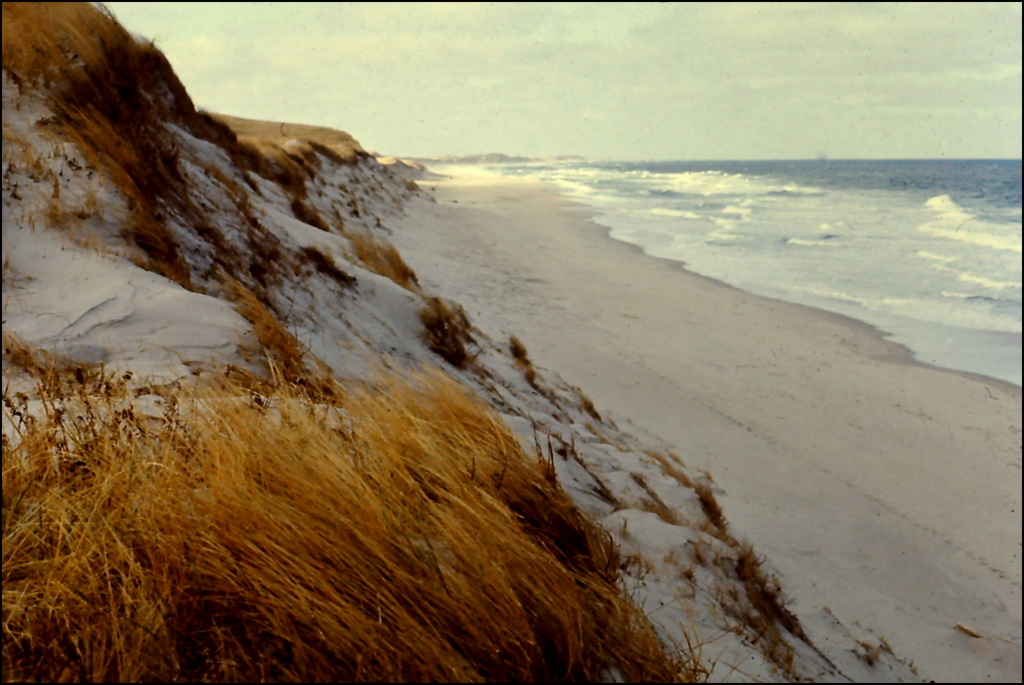 Sand, sky, grasses, wind;  throw in a few horses for a sense of distance and you can see why folks get caught up in the Sable experience. 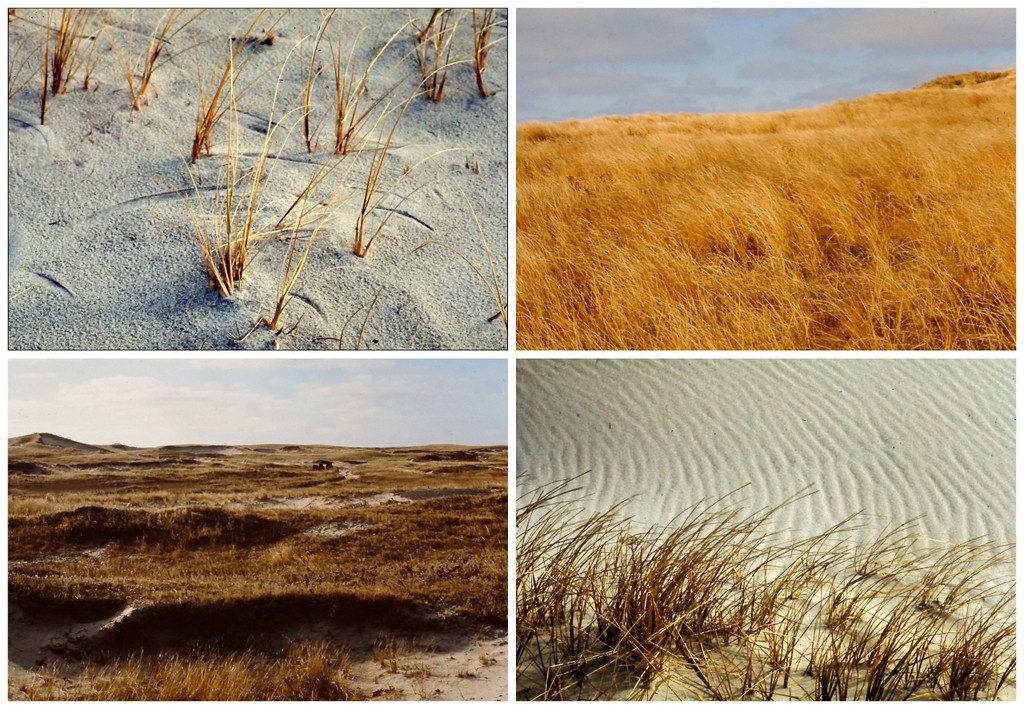 It was obvious that the dune system is fragile  and there were projects to try to heal breaks. The little dot at the top of the picture is the Coast Guard vessel we flew back to a few minutes later. 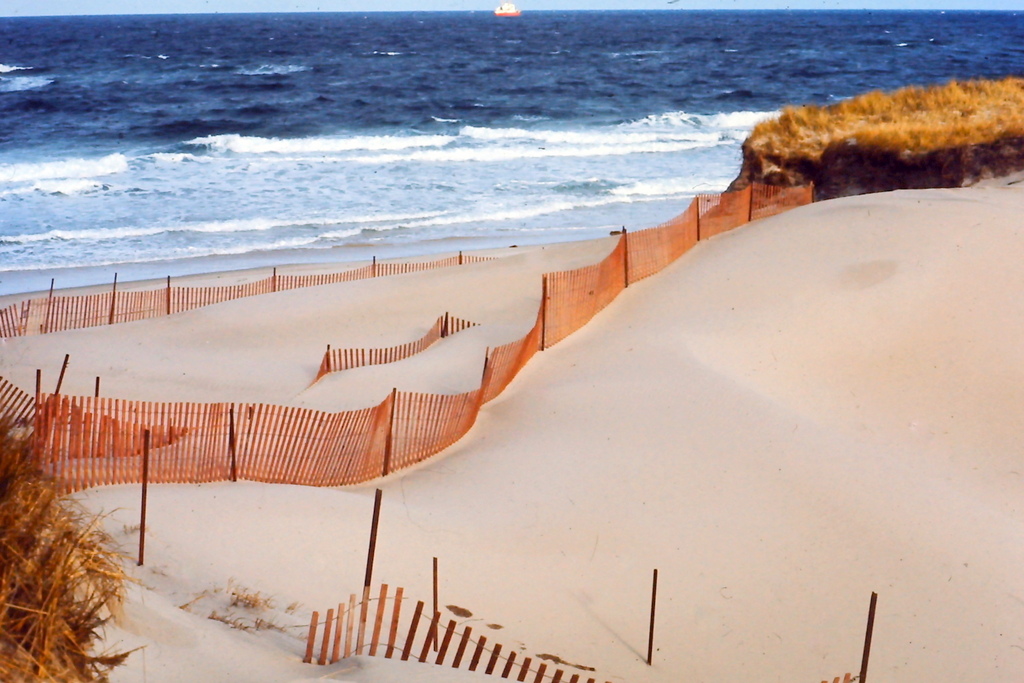 So we found ourselves on the dock in Sydney at about 7:00 in the morning with no money (I’ve never been a huge Stan Rogers fan).  When the local Department of Environment office opened, my friend borrowed enough money for our train fare back to the city. 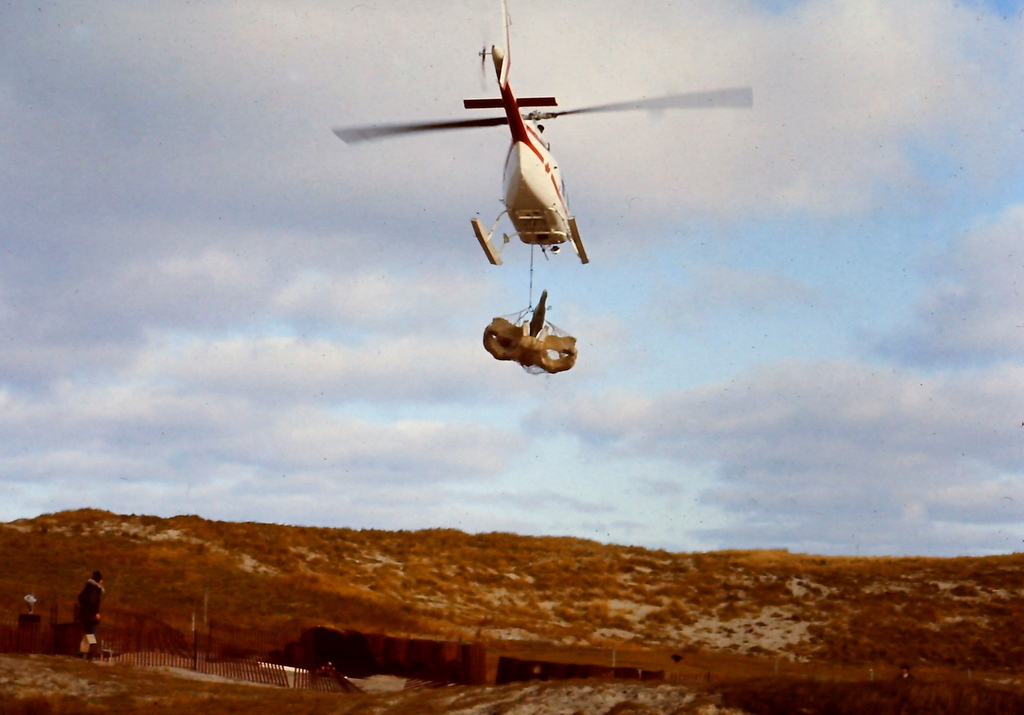