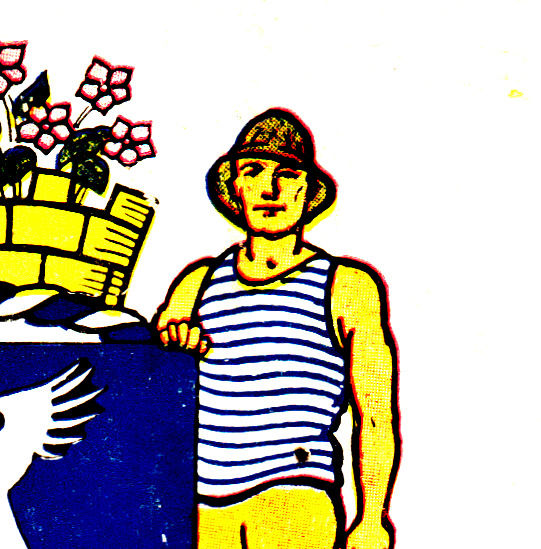 The last blog looked at examples of the old Halifax coat of arms found outdoors.  My favourite print version is a delightful illustration on the back cover of the official guide book to the Halifax Bicentenary in 1949.  This was four years after the end of the Second World War and the sailor is in a contemporary navy uniform.  The fisherman wears a blue and white tank top, green sou’wester and pirate boots.  The kingfisher has a Woody the Woodpecker vibe. 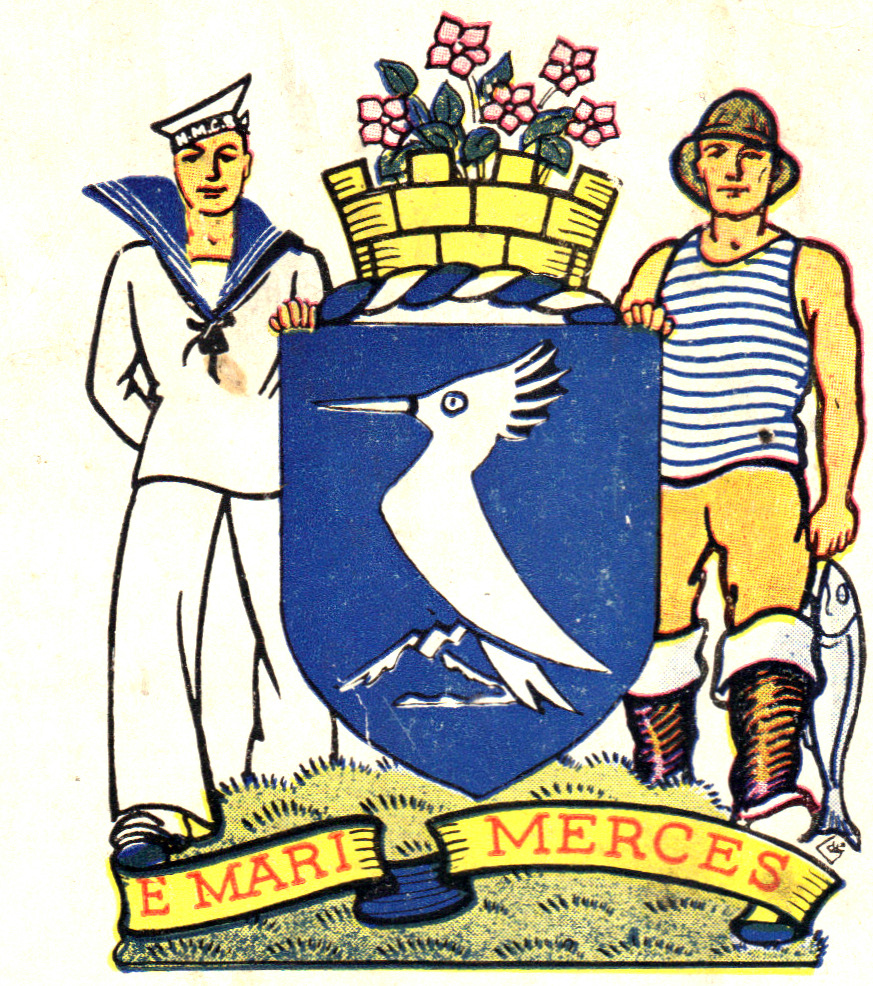 Not only is the illustration strong but the page layout feels more  modern than 1949. The sans serif type faces at the bottom of the page and the big red bullet  would still look stylish 20 or 30 years later. 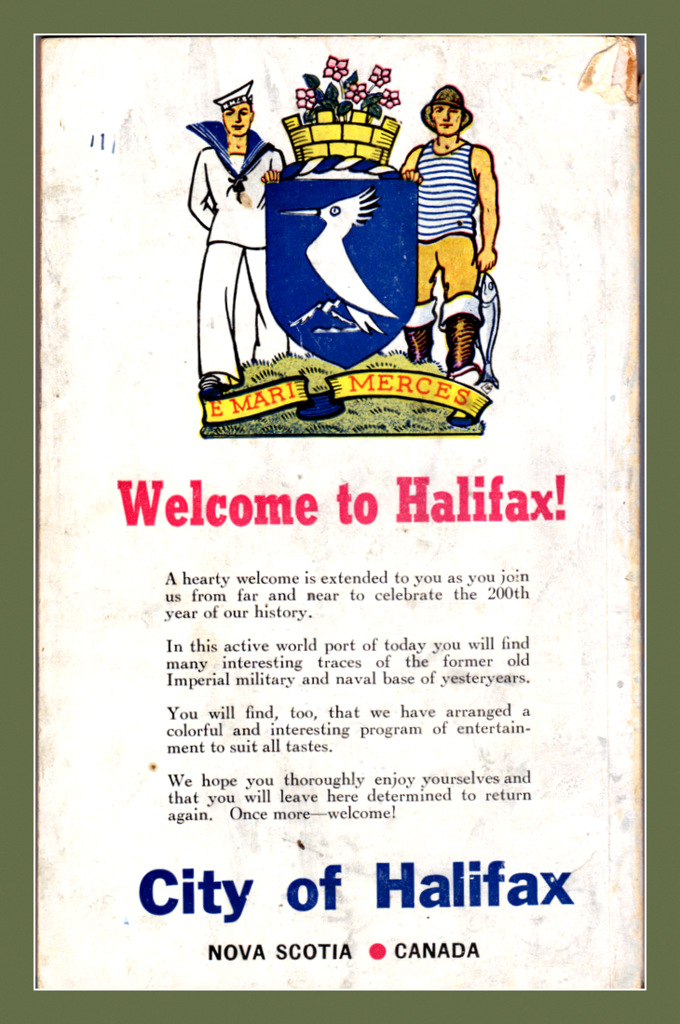 So who was doing this sophisticated illustration and design? There was a clue under the fisherman’s fish, a stylized monogram “deG” which appears to stand for William deGarthe  a well known marine painter who worked in an ad agency in the late 40s.  DeGarthe lived and painted for years in Peggys Cove and carved the famous fisherman’s memorial on a granite outcrop in the town. He was born in Finland and I sense that the fisherman looks more like Marimekko  than  Sambro.

I think this rendering of the coat of arms still has a life.  Maybe a tattoo or as the basis of a tableau vivant (would make a great float for Natal Day and Pride parades).

My favourite ad inside the  guide would have felt particularity modern in 1949. It’s for our local department store, Wood Brothers on Granville Street (now the location of the backside of the  Bank of Commerce I believe).  The ad is a lovely piece of asymmetric design (Constructivists meet Festival of Britain).

And since we have the book out lets look at the cover and some other ads that are more conventional but visually appealing. 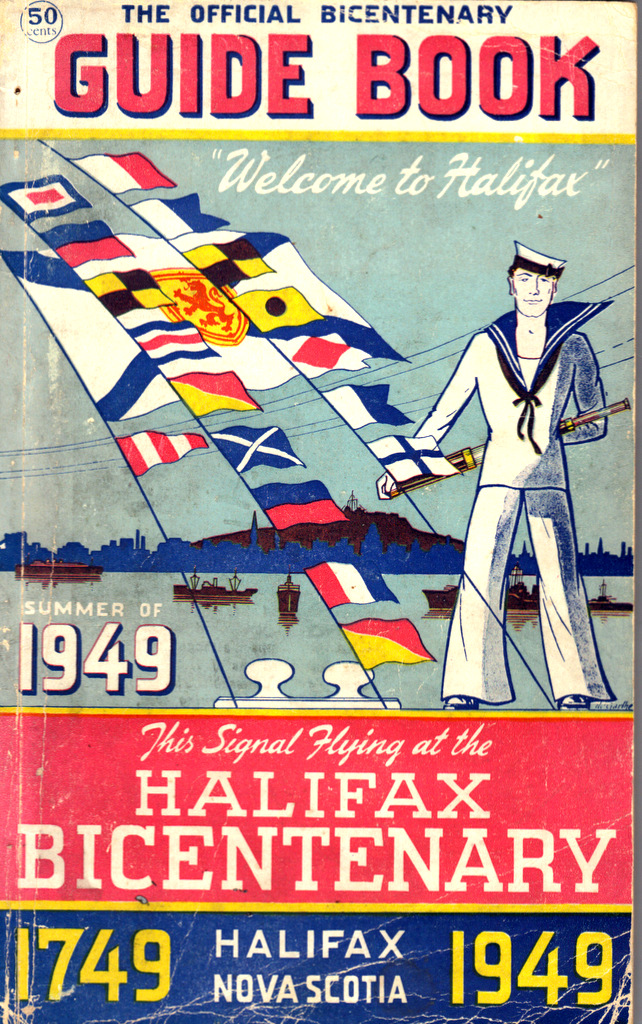 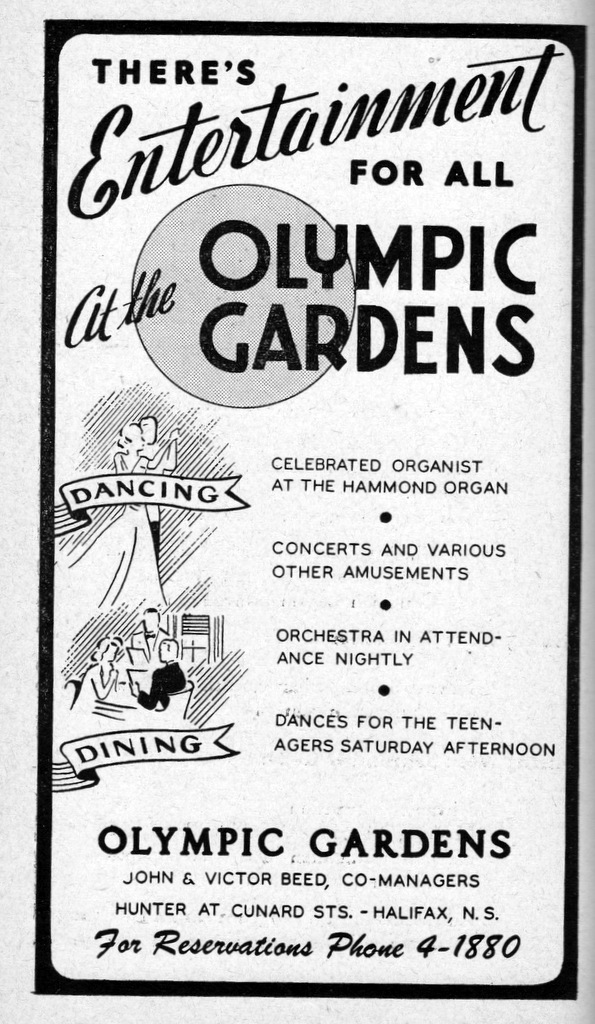 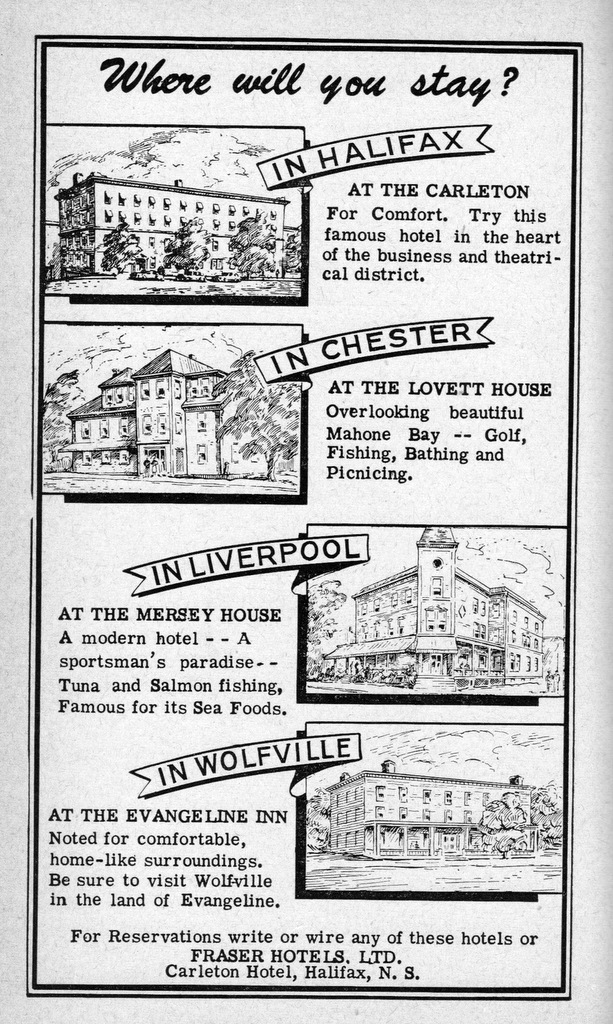 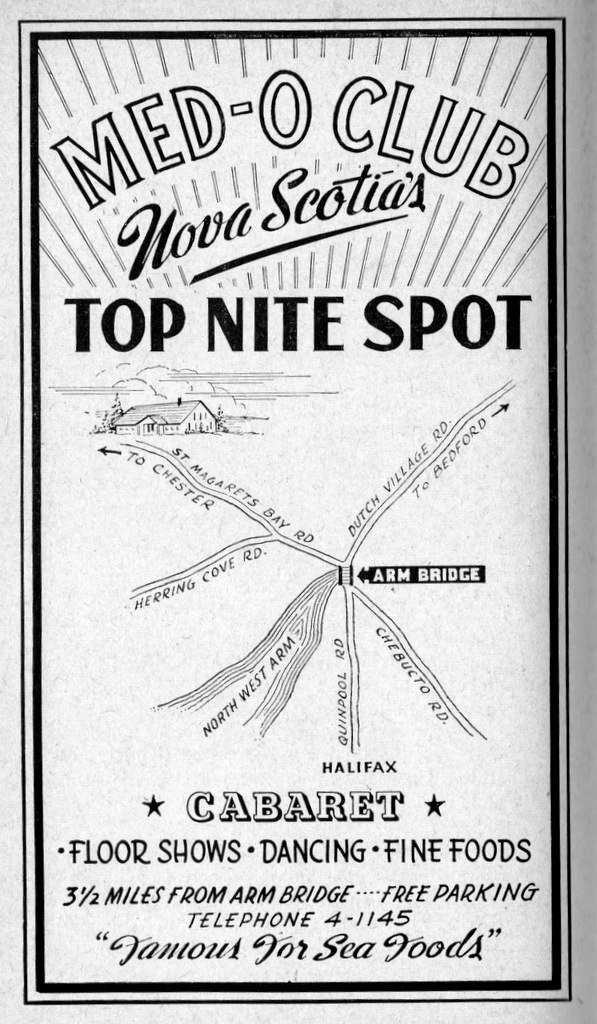 So there are some options for dancing and dining and a few places to stay.  If you have an appetite for more vintage tourist literature you can get lost down a deep hole in this collection on the Archives of NS site.