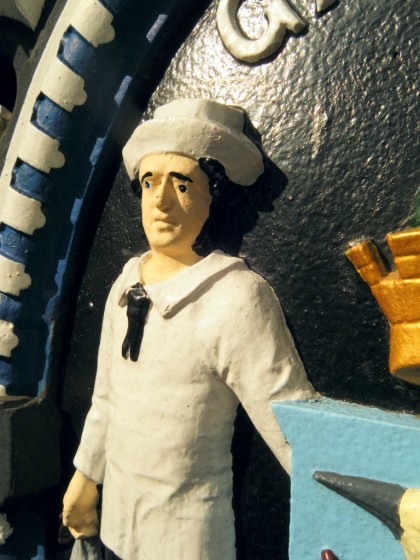 Our city has recently been through a branding exercise and among the elements of the brand there is a new wordmark that we will learn to love and to exploit.   All the excitement made me remember examples of earlier city identity programs that have stuck around because they are literally carved in stone and cast in iron and steel.

I started  taking note of the old Halifax Coats of Arms on my rambles during Open City / City Harvest events and was enchanted with their variation.  If you visited each of the ones identified here it would be a nice little stroll.   I’m sure there are more examples out there to discover too.

Some of you might enjoy guessing where these downtown coats of arms are located so each photo is numbered and there is a key at the end of the blog.  You’ll  get at least one.

1) This is the oldest example in the collection c1868.  That’s a fisherman on the left with two small fish and a sailor on the right looking cadaverous  in this image. 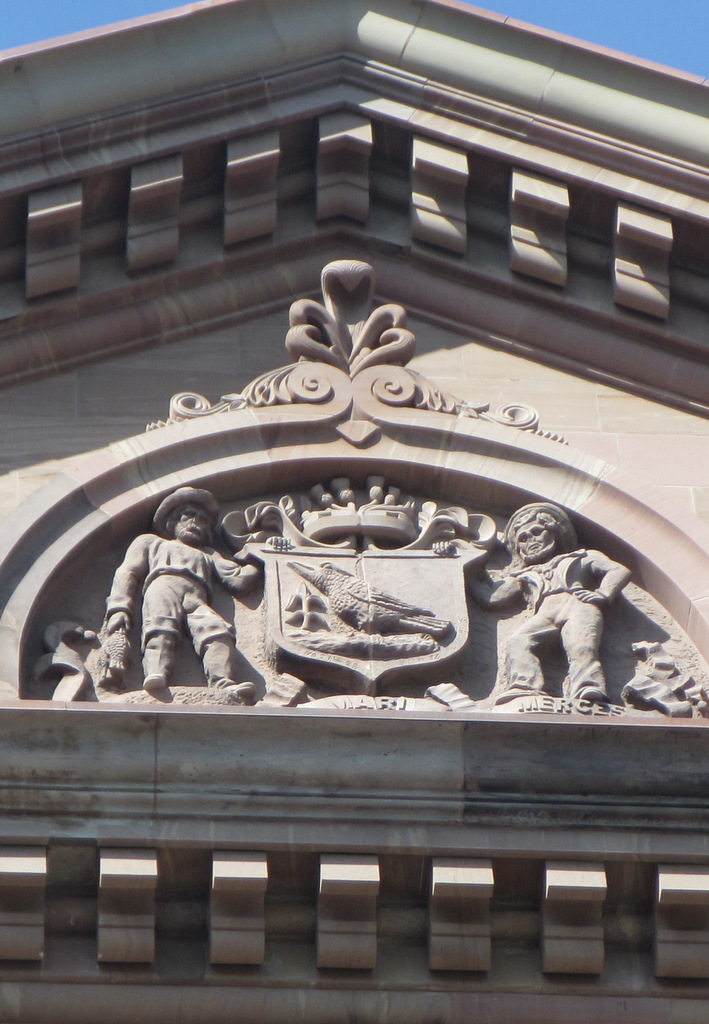 2)  This 1889 version has a sweet folk art  sensibility.  The fisherman is down to one smallish fish but the sailor is jaunty in his pillbox hat. 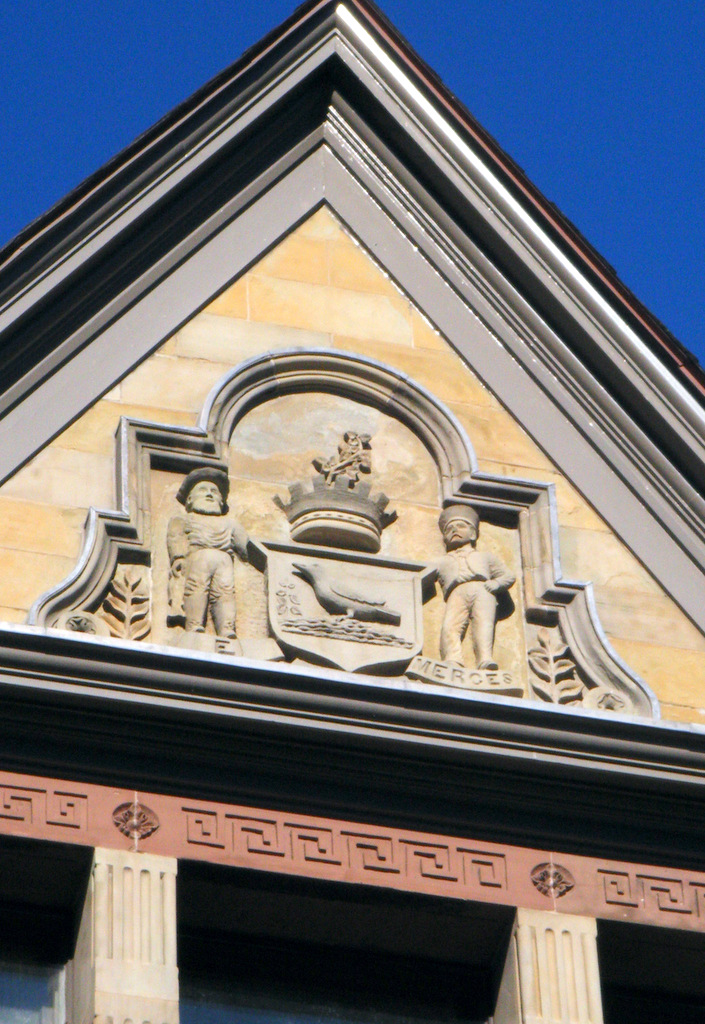 3) This one you will know for sure.  Made of cast iron in Scotland in 1890.  The fisherman got a clean shave and the sailor could get a part in a production of  HMS Pinafore.  So far we have been ignoring the giant kingfisher in the central shield because it looks more like a giant starling. 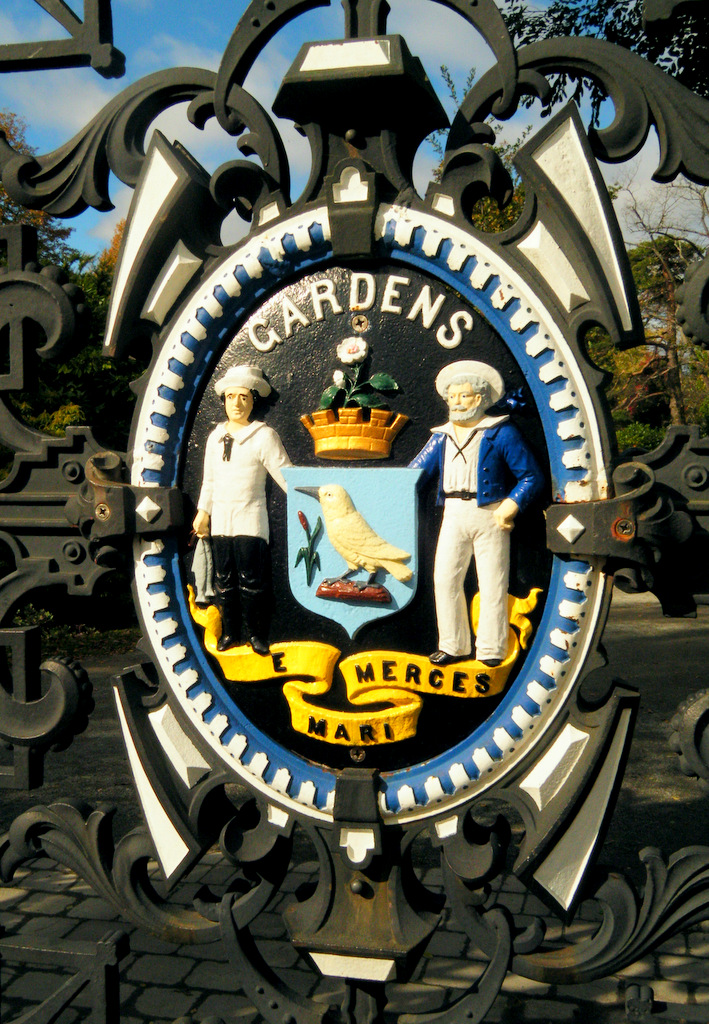 4)  Small and not very detailed but still recognizable as the Coat of Arms.  I don’t know the date of this cast iron piece, 1920s? 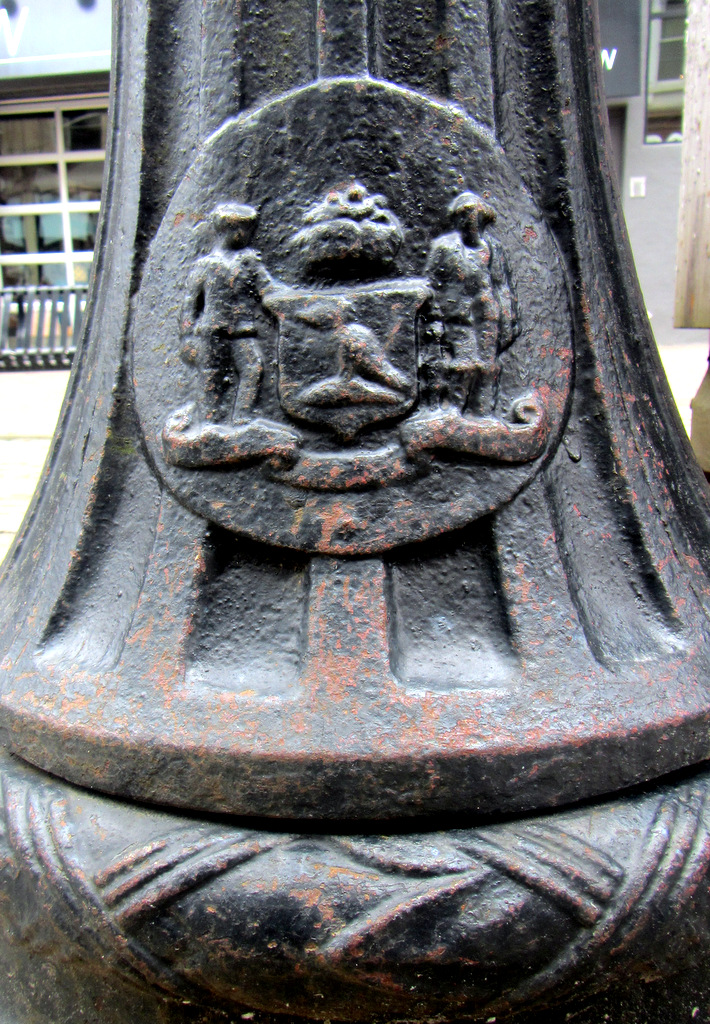 5) Finally here it is in a form that feels familiar from 1950.  The fisherman wears a sou’wester and holds a BIG cod.  The kingfisher looks exactly like a kingfisher.  There’s a pigeon photo bombing the Latin motto that is usually translated “Wealth from the Sea.” 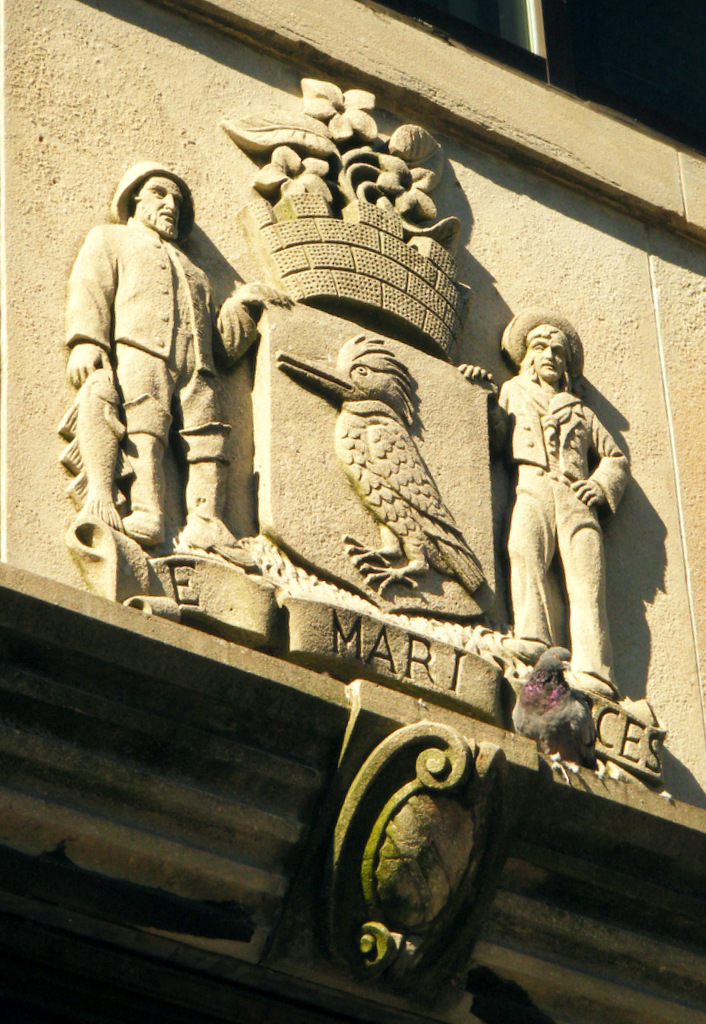 1) Art Gallery of Nova Scotia; built as the post office and government offices.

2) City Hall; there is a stained glass version inside.

3) Gates to the Public Gardens.

4) On the base of old lamp standards re-erected in the Granville Street Mall.

When the communities of the region were amalgamated in the 90s we became HRM – Halifax Regional Municipality.  There was a wordmark with the “i” in Halifax as a lighthouse.  A version of this will endure for decades on manhole covers all over town. 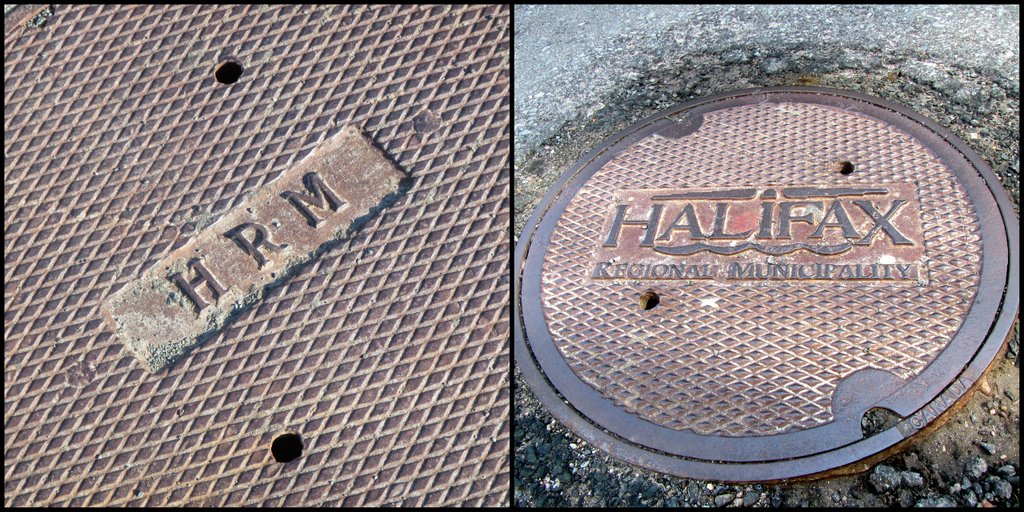