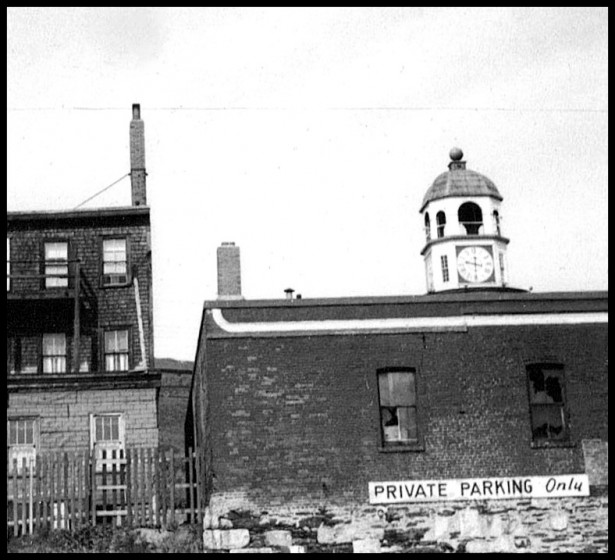 Like most folks, when I started using Twitter it wasn’t exactly clear what it was supposed to do. After a while I realized that if I amused myself that would handle most of it. So I started tweeting from the small collection of photos I had taken over the last 4+ decades. The Twitter audience tends to be younger (than me) and gradually my vintage content developed a little following (and I learned to say vintage).

This blog seems like an appropriate place to continue that sharing and an opportunity to  develop some themes.  A first thing to remember is how different it was to take a photo 40 or 50 years ago. Just think that there was a gap of often months between taking a picture and getting it developed and printed. Then there were few ways to share your images with others. Like many snapshots of the past, my images had only ever been seen by me until social media opened up a larger audience.

We’ll start with a little ramble in the downtown in the later 1960s. Here is one of my earliest photos taken in perhaps 1966.  I had gone to look at the buildings that were threatened by the proposed Harbour Drive. In a few years this would become Historic Properties. Interesting that all the buildings are still here. Later the Morse’s Teas sign would be modernized and replaced with an illuminated sign and then returned to this form and then painted out.  The rubble to the right was the wall around the Ordinance Yard, a naval facility where the hotel is today. Like many younger photographers today I was attracted to the authenticity of decay and it was easy to find. 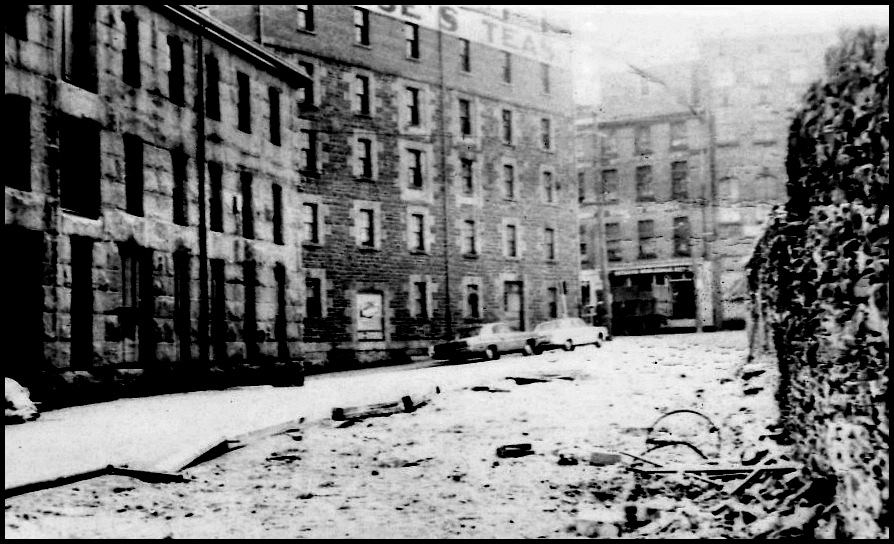 Around this same time the area that became Scotia Square and the Trade Mart  was cleared  and remained empty for some time.  I took this shot of the last buildings on a section of Barrington Street now under the interchange. They faced a rubble field of demolished buildings. Can you see the sailors walking into town? 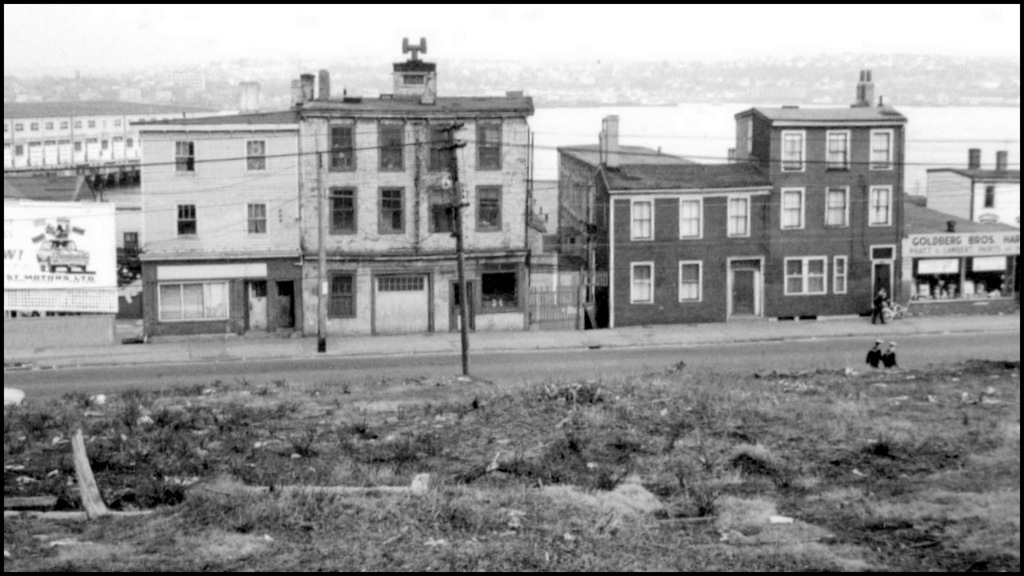 Just to the right of the sailors there was a little street that survived for some years with all its buildings removed. It was the last street I remember that was never paved and retained its granite cobblestones. These days Twitter is regularly excited when some cobbles are exposed under the asphalt. 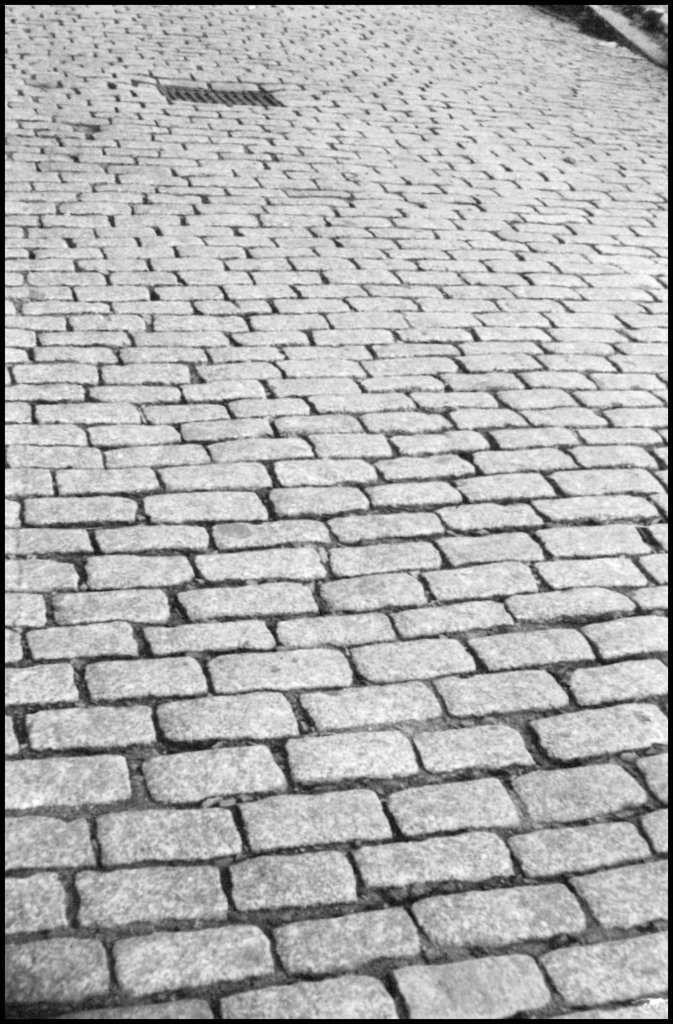 Now it’s hard to take a bad picture of the Town Clock but in the late 60s this section of Brunswick St still retained some of its traditional gritty character. 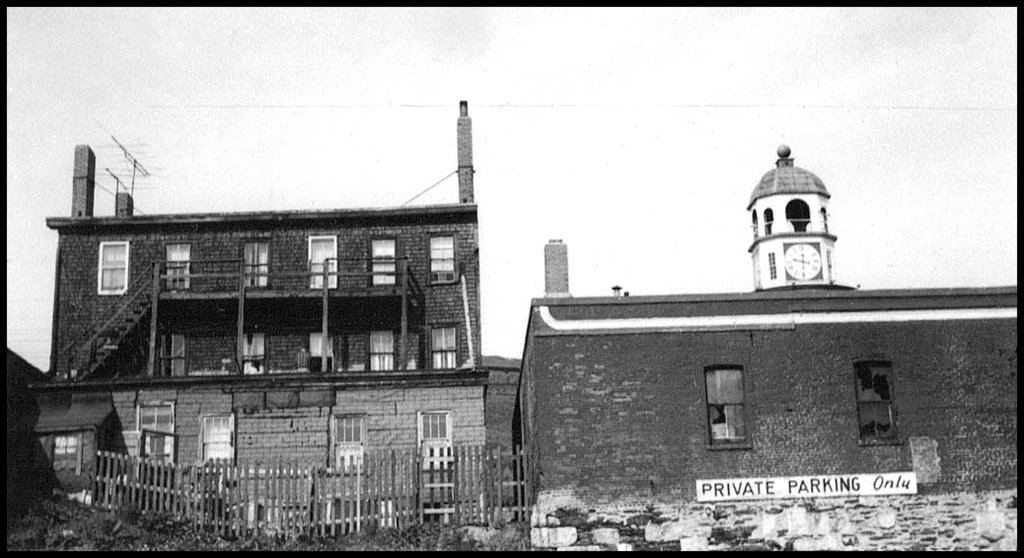 And when I got to Citadel Hill the skyline was dominated by . . . well, by nothing much. To the left I think you see the flag pole in the Grand Parade, which we boasted was the tallest wooden flagpole in the Commonwealth, or something like that.  Those sorts of things were important in the simpler times. 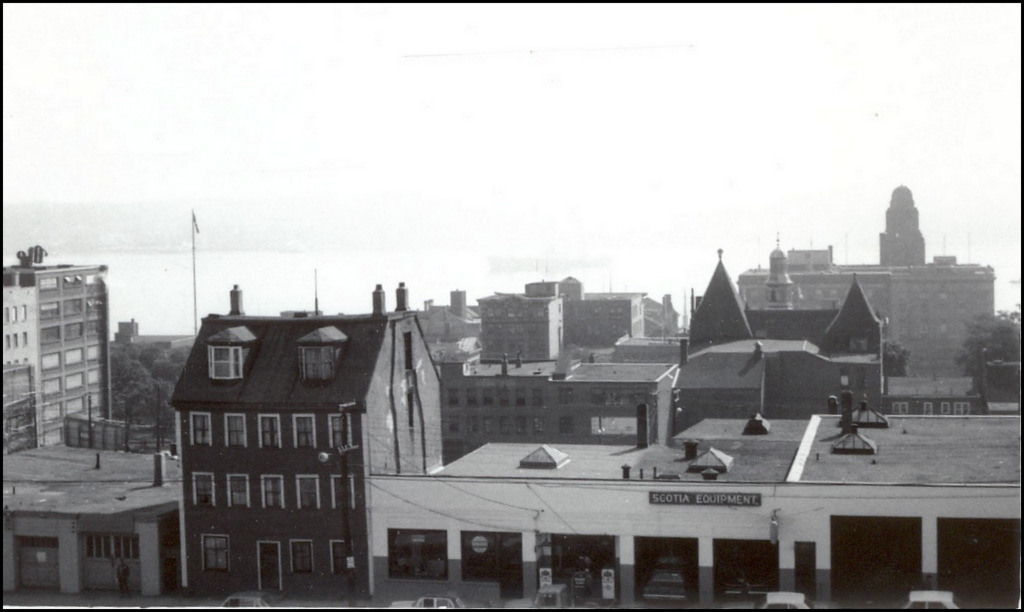 As I said the dreary had visual appeal and I did not take pictures of our traditional beauty spots. And like many young people in any time I craved modernity and it seemed to come slowly to Halifax and not always in the best quality.  So it was exciting when we got  the Halifax Shopping Centre,  a new building form that did not care about what it looked like outside because it was all about interior space. 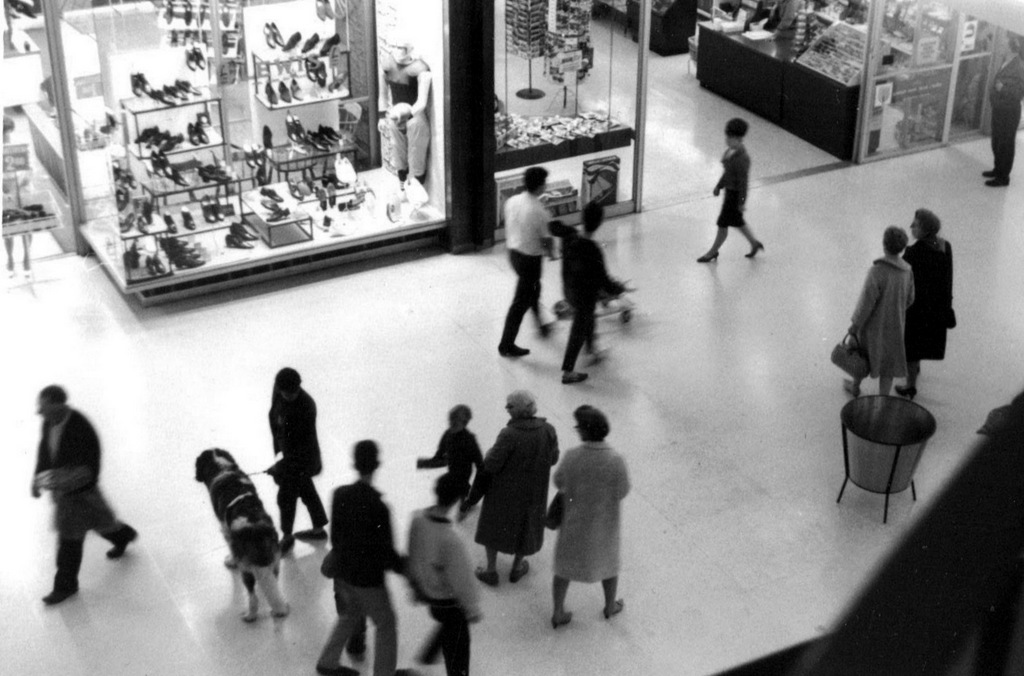 And of course there was lots of parking. 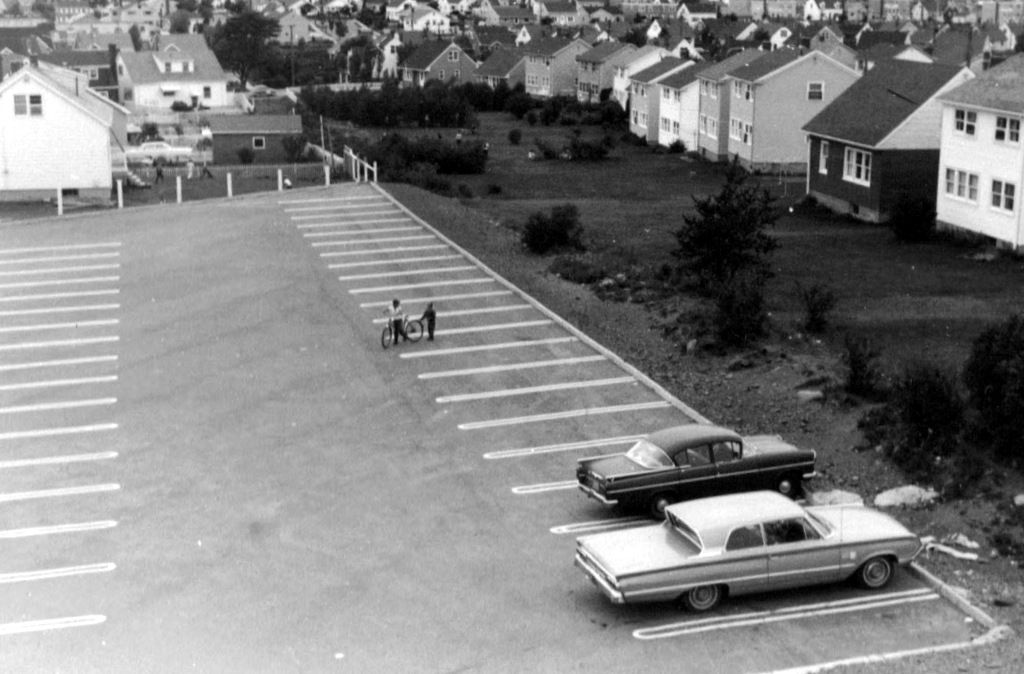