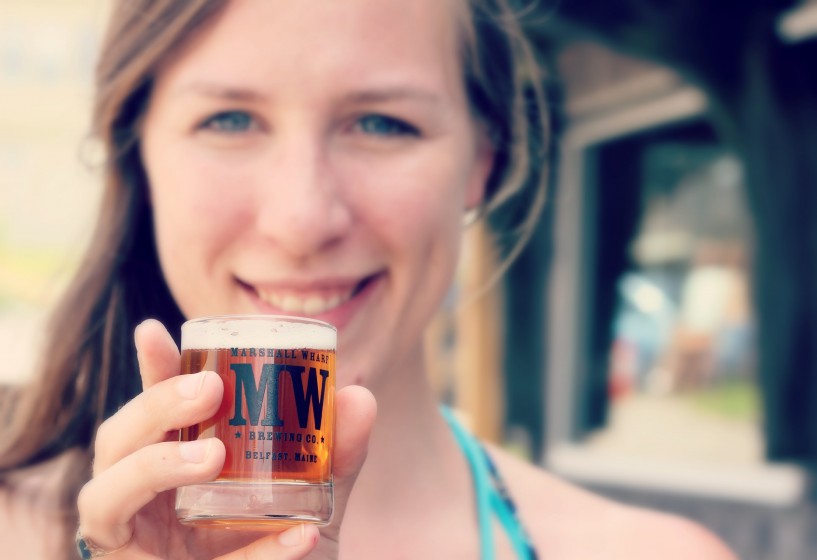 We first tried Marshall Wharf back in March. On the way home from a craft beer tour of the eastern states we stopped into Tullys, our go-to craft beer store since it was recommended to us by infamous brewer Greg Nash.

The staff at Tullys know their stuff, so when we professed a love for hops and they pointed us to the tall dark cans with the simple MW insignia, we listened. We tried it a few days after returning home. It had a pineapple nose and the perfect strong, sweet, hoppy taste. We were in love.

So on our recent trip to Portland we took Route 1 along the coast and made a stop at the brewery. 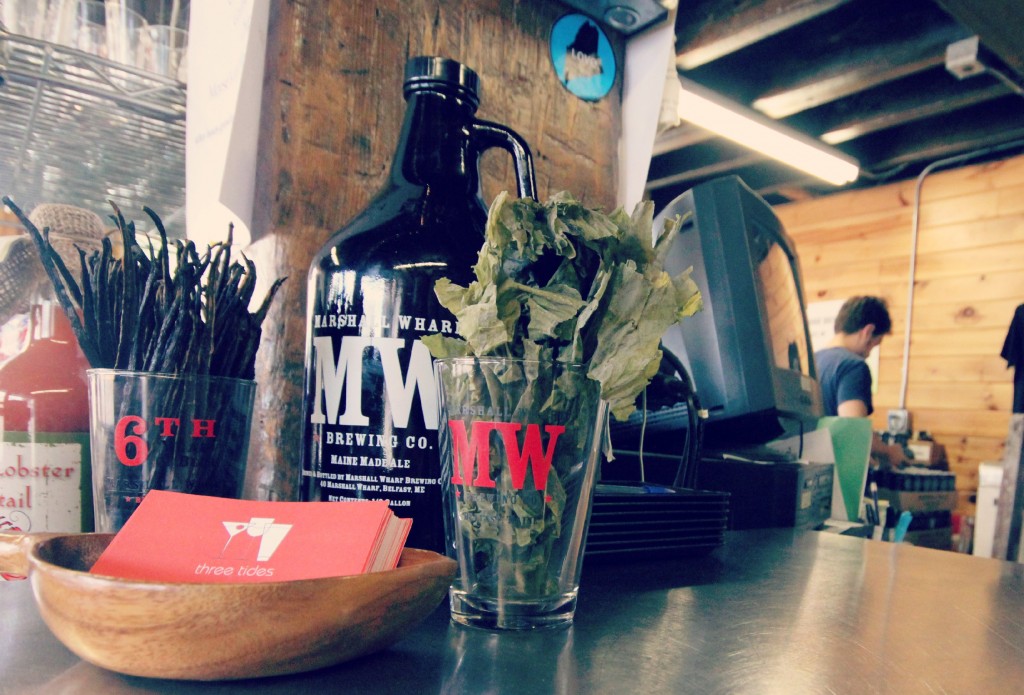 First, I have to mention how happy we were to have taken the back roads for this trip. Route 1 is a delightful drive full of ice cream shops, farm stands, artist and antique shops and quaint little inns and motels. We are never taking the interstate through Maine again. 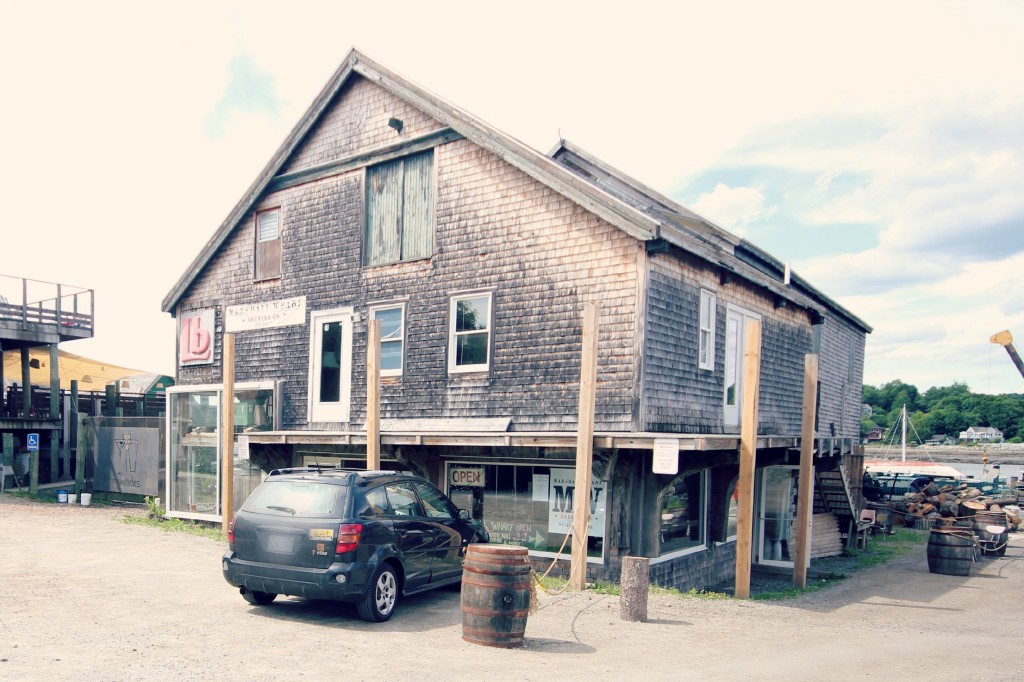 And the brewery was just as picture perfect as its sister properties, a weather worn wood exterior of the former Belfast granary right along the water with a walking trail and pig roast as neighbours. 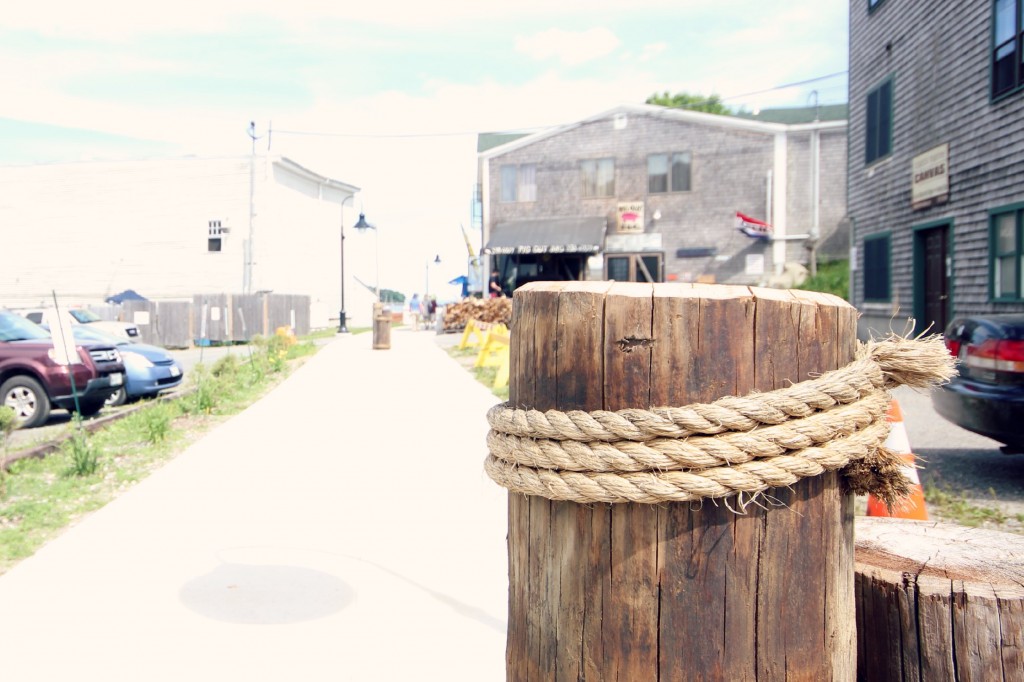 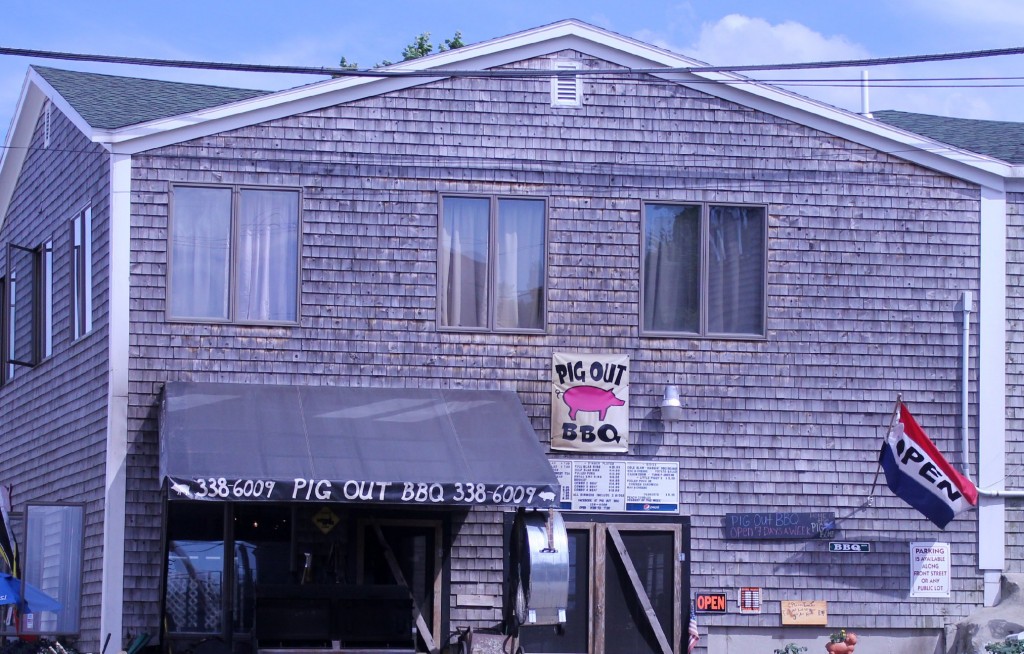 We were greeted by three smiling faces with an oh so east coast approach. We felt at home. They took us through the taps and we ordered a full sampler. It was just $1 a sample for the 3oz glasses, more than enough considering the bulk of Marshall Wharf brews ring in over 6%.

It was my passenger day so I got the lot, taking one for the team to determine what we would take on the road with us to Portland. 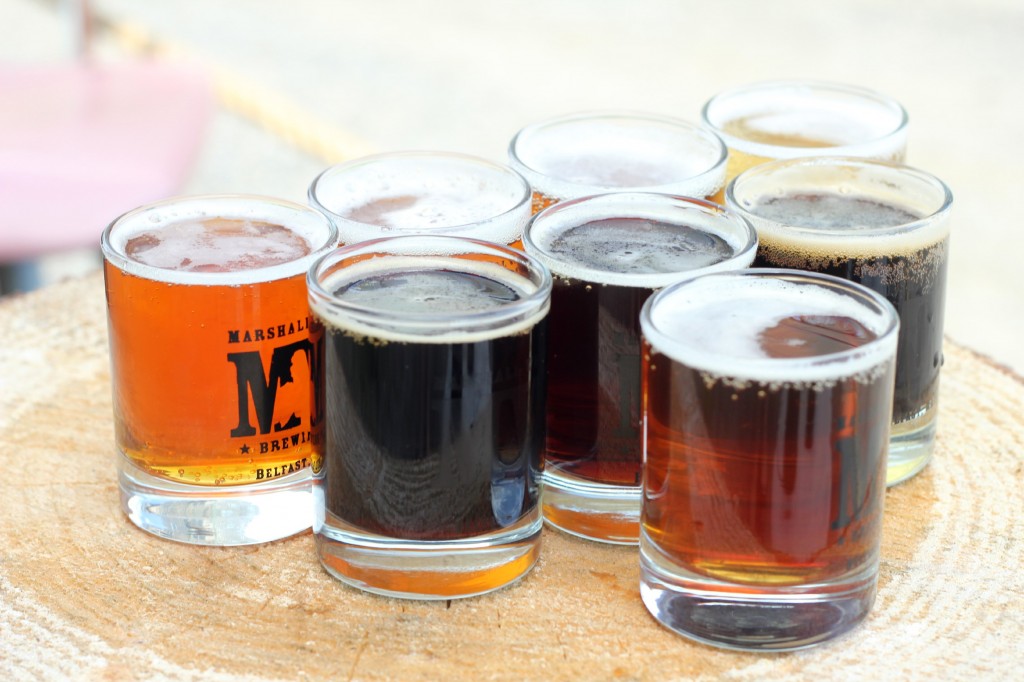 For me, the Cant Dog, that first imperial IPA we tried months ago, was still the winner but I was surprised to find out how much I loved their Kolsch which was just about the perfect summer beer. They also had a stout brewed with oysters. Had it not been so hot on the day of our visit it might have won the take-home challenge. 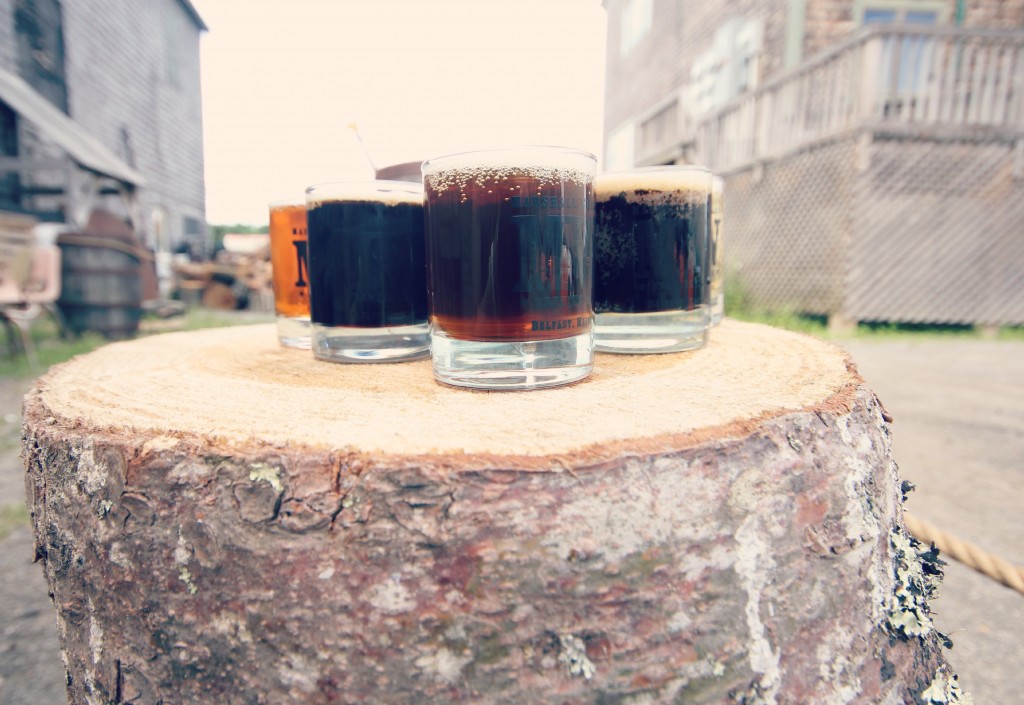 If you sit outdoors, you’ll get to enjoy your beer on these clever hand-cut tables.

We couldn’t get Cant Dog by the growler so we went with my second favourite, the Tug Pale Ale, which is pretty hoppy for a pale ale. We also got some cans of Cant Dog to take home since we’ll be taking the Nova Star back from Portland and won’t get to see our Tullys crew on the way home.

Growlers are $3 for the bottle and $15 for the fill (sometimes more depending on the brew). We also picked up two really tasty peperettes and a locally made Ceasar (well, Bloody Mary) spicy oyster mix. I wanted all their glassware and merch but the bill was starting to get big so we held off. After all, we’ll be back again soon enough.

You can also grab a pint after 4 pm at Three Tides, which is just next door to the brewery.