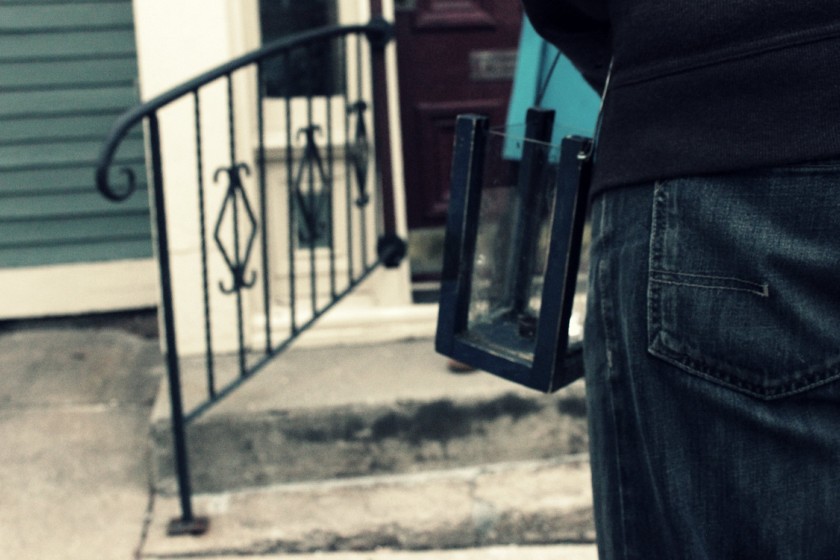 Every house in Lunenburg has a story to tell.  All 48 blocks of this national historic site, the largest and best preserved example of a British colonial settlement, is ripe with tales of history and hauntings.

We set out to learn some of those stories last weekend during, not one but, two adventures with Lunenburg Walking Tours. We won the tours as part of a prize package from Saltscapes Expo. We’ve been to Lunenburg many times, and, if we’re being honest, we thought we knew an awful lot about this UNESCO world heritage site. But we were wrong. Our knowledge only scratched the surface. 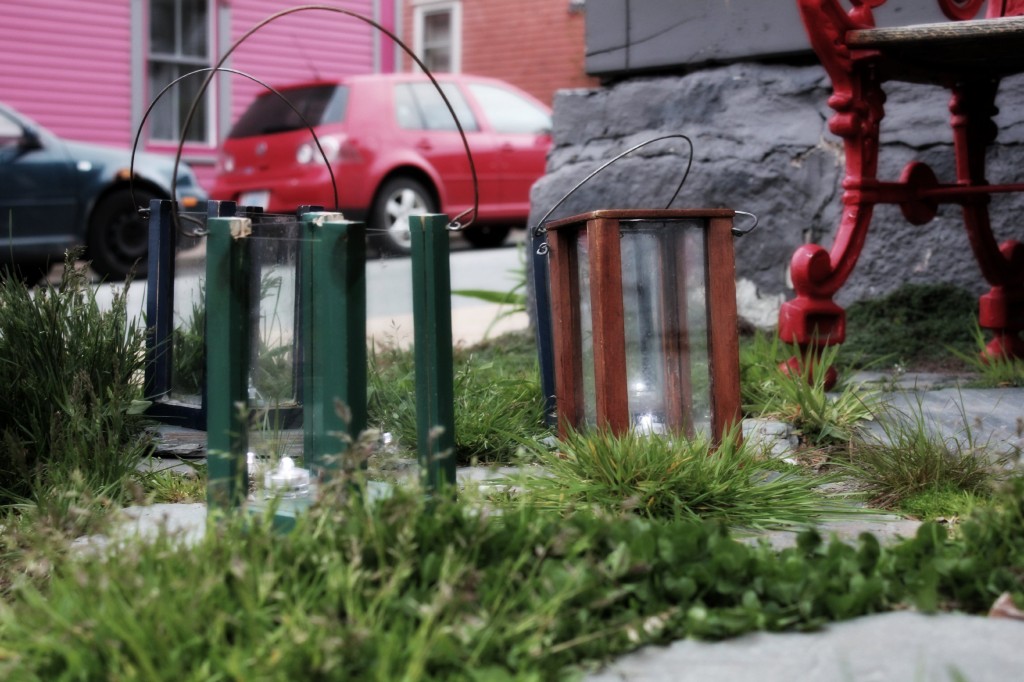 We started our re-education on Saturday night – a hauntings and hangings tour that showed off the darker side of this picture-perfect town.  We met outside the Mariner Inn. Me, Drew, his mum, and three fellow Haligonians.

I love ghost stories, and ghost tours. I grew up on Helen Creighton’s ghost stories, a person whose life of traveling the province hearing the stories of Nova Scotians and sharing their tales has inspired me greatly.

I don’t want to give away the tour. It was awesome, you should go do it,  and I can only imagine how hard the owners of Lunenburg Walking Tours have worked on their content, so I’m just going to give you a taste. 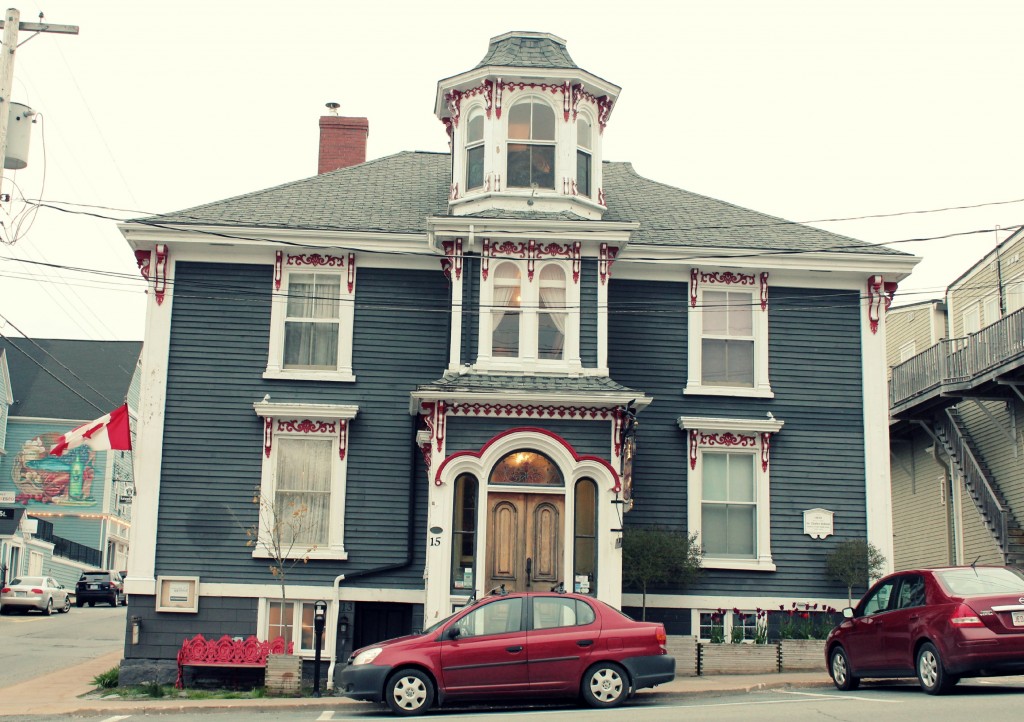 It was a cold night, bad for walking, good for ghost stories. The tour took us on an hour-long journey to about 10 haunted or historic spots around the town. 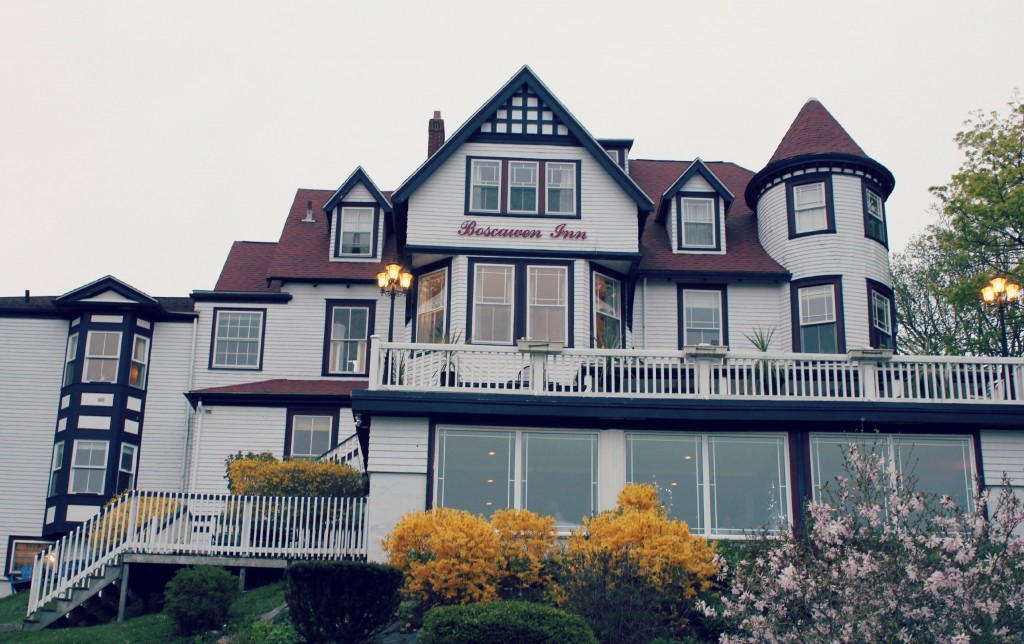 For us, the stand-out moment was the trip to St. John’s Anglican Church. There wasn’t a ghost story here, but the descent to see the crypt below the church will most definitely send a chill down your spine.

The church was a highlight for us, especially for Drew. The church was built in 1754 (one year after settlement) and updated in the early 1900’s.  That update included a stunning night sky fresco above the main alter at the front of the church.

Sadly, the church caught fire in 2001, and much of it was destroyed. During the re-build, a local artist was hired to re-paint the fresco. She noticed that the star pattern was not random and took it to Saint Mary’s University for analysis.

Turns out, the original fresco was painted as an exact replica of how the sky would have looked gazing 5 degrees south of east from Lunenburg (the positioning of the artwork) about when Jesus was born. 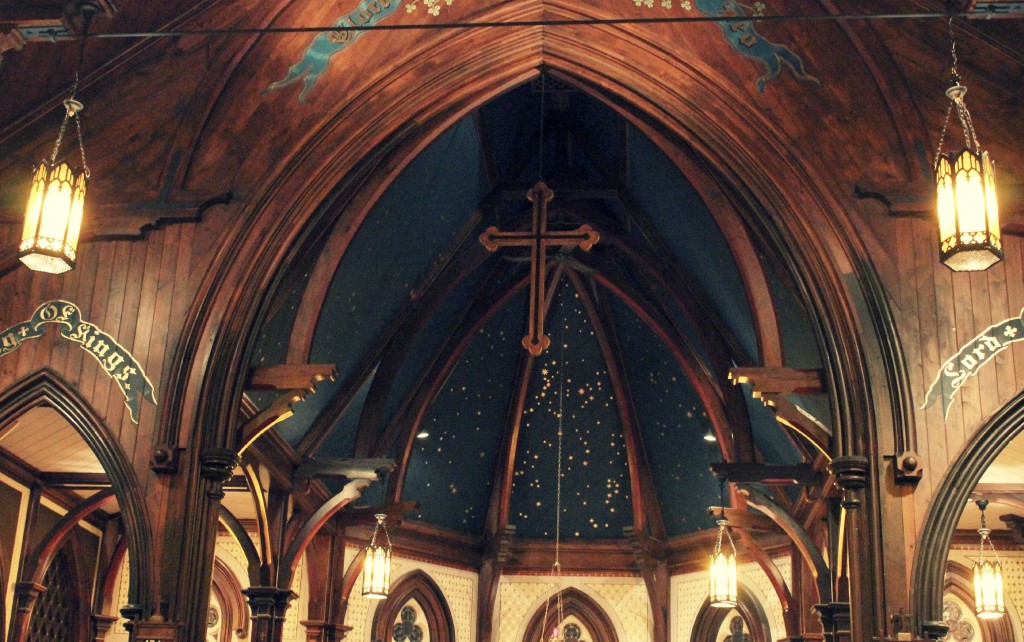 Let that sink in… 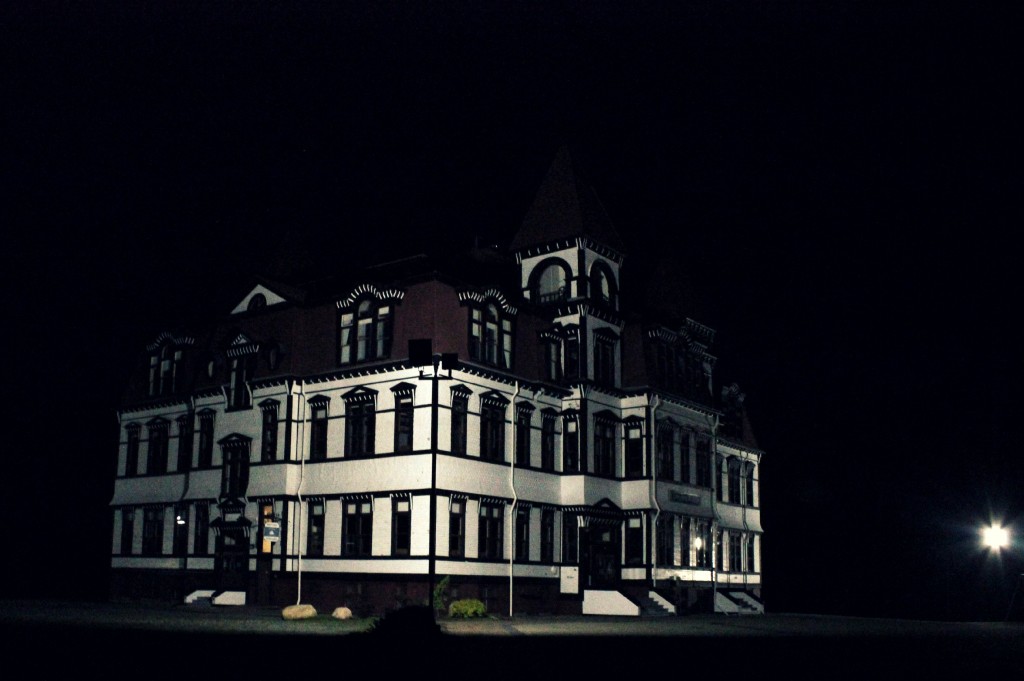 The tour ended in a graveyard. I squealed at least once during the hour-long hike.

We continued our Lunenburg education the next day, with the ‘Essential Lunenburg’ tour. If we had to choose one over the other (a hard choice) we’d go with this one. It taught us so much about the town, plus,  we’ve recently become more than a bit fascinated with architecture (thanks, Noticed in Nova Scotia…). 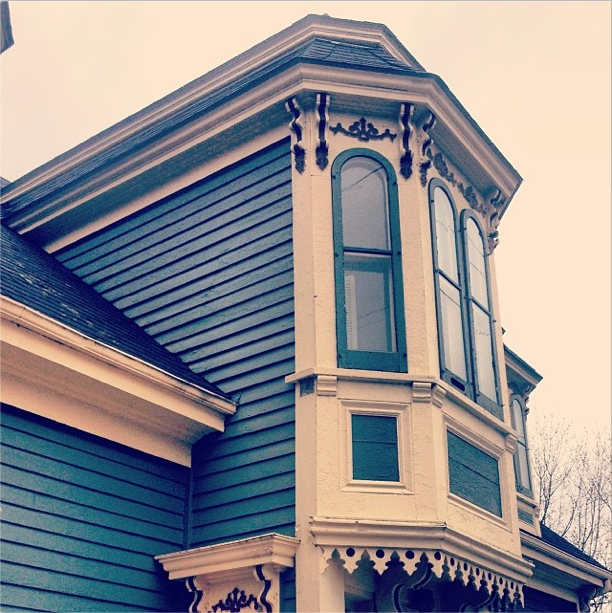 The Lunenburg Bump – the Facebook of architecture, solely built for people watching.

Without giving too much away, expect to learn a pretty complete history of Lunenburg – from the architecture du-jour, to industry past and present, to the many and varied (and too often, tragic) ways the sea has shaped this town. 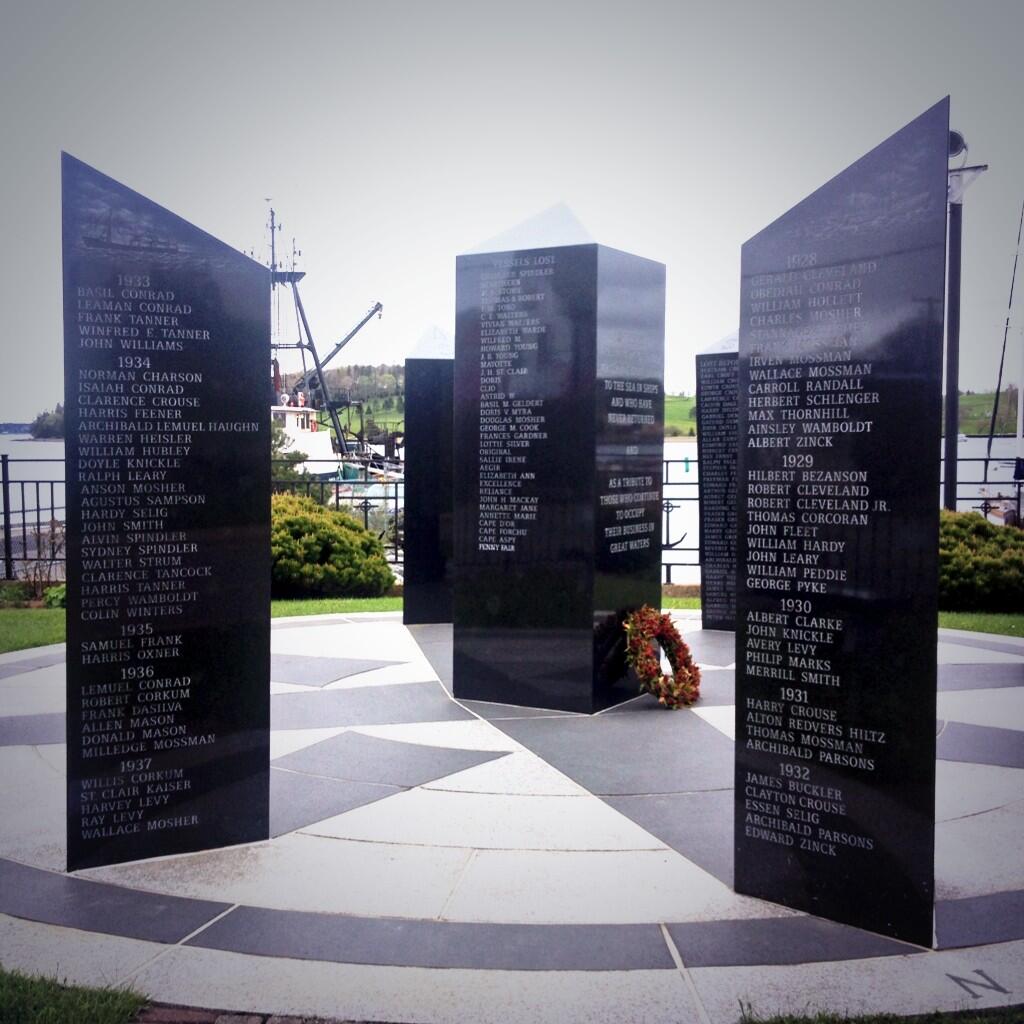 “If we ever forget this, we’ve forgotten who we are.”

We were especially interested to learn about Lunenburg’s coloured houses. We have often thought that the row-upon-row of colourful homes was something well-preserved from centuries past.

As it turns out, the brightly coloured buildings are a new feature – less than six years old – and were a bit of a scandal at first. The traditional colours were white (the earliest paint colour) with black trim (leftover paint from the ships).  You’ll have to take the tour to hear more about the scandal (and eventual embrace) of the bright buildings. 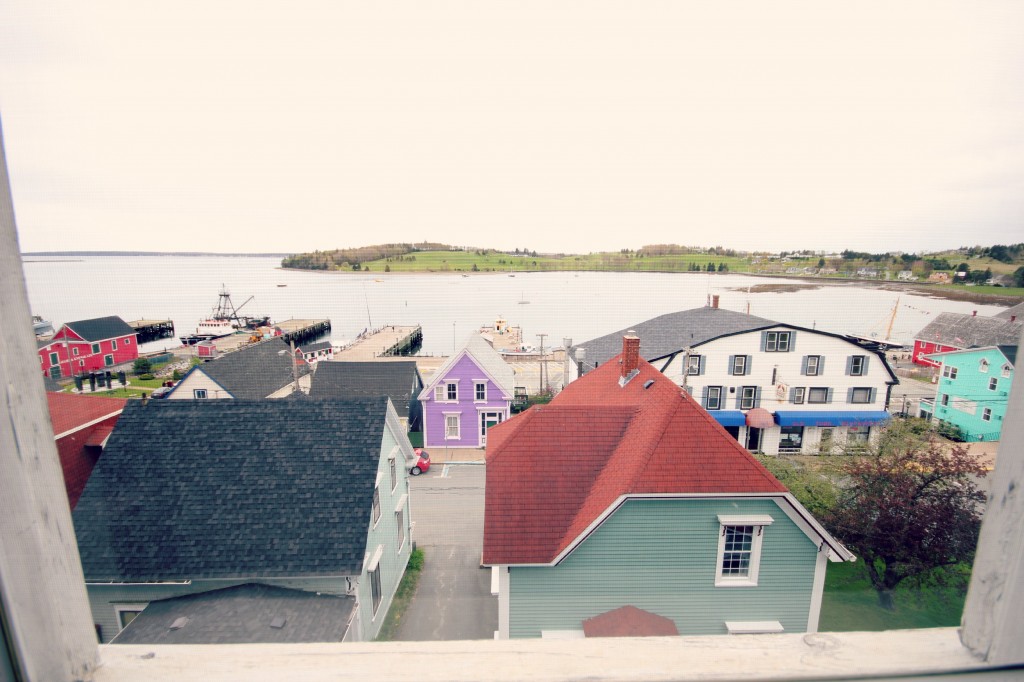 Lunenburg Walking Tours give a fun, authentic, and complete town history. And, the company just happens to be owned and operated by two born and bred Lunenburgers (one 7th and one 8th generation resident). The Essential Lunenburg tour makes for a great start to an extended stay, a way to get a good understanding of this historic town before you plan the rest of your trip.