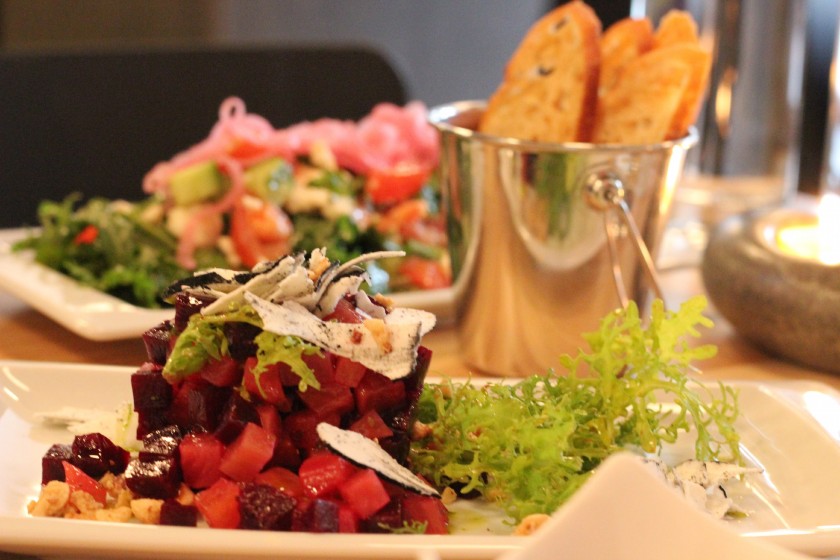 They always say that you should never judge a restaurant during its first six months in operation. I don’t know who ‘they’ are, but I’ve found this to be true.  Restaurants take a bit of time to work out the kinks.

I wouldn’t have even known about it had it not been for a timely tweet: 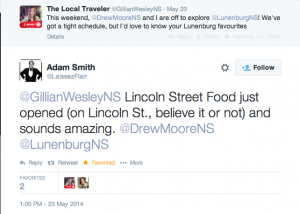 We had stoped to gaze at the menu earlier in the day, while it was still closed. The door swung open, revealing Paolo Colbertaldo, the owner and chef of Lincoln Street Food. He invited us in to get a look at the space and to check out the menu. 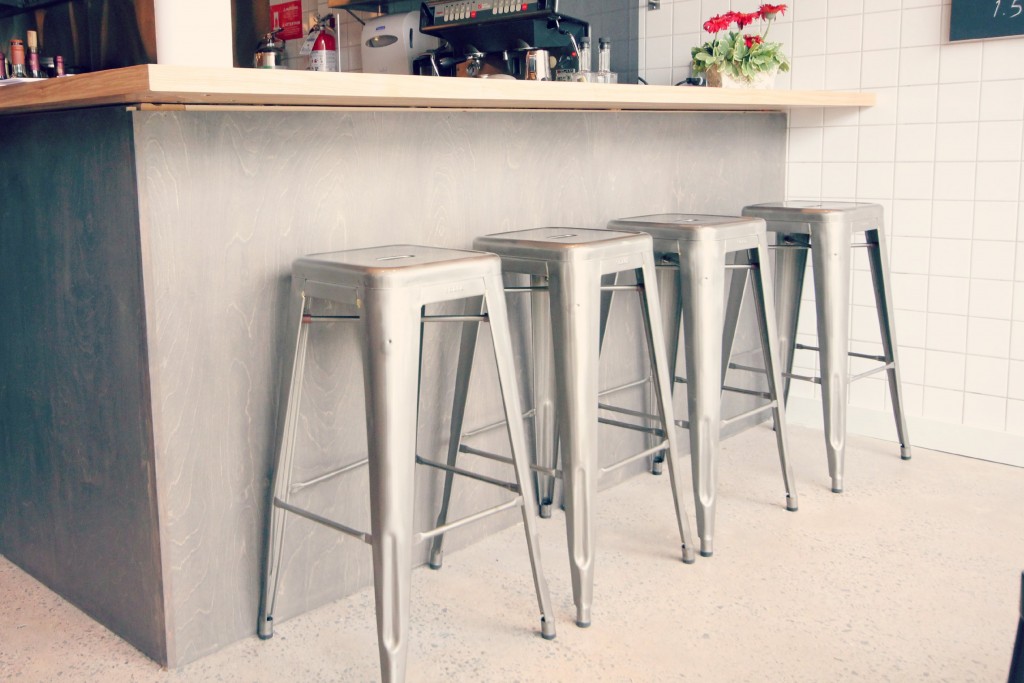 It didn’t take long for Paolo to sell us on the space. The menu was full of craft beer (Boxing Rock, Hell Bay & Uncle Leo’s) and sharing plates (ingredients locally-sourced), and we loved the idea of fancy food in a casual atmosphere.  But then he said some magic words…

“I was the chef for eight years at Jane’s on the Common. Do you know it?”

There can’t be more than a month that goes by without someone bringing up Jane’s on the Common. It happens most often when I ask about brunch or lunch options.

It is perhaps one of the most lamented restaurant losses in Halifax’s history.  And so, come 6pm, we found ourselves seated in the brand new wooden booths that stretch the length of Lincoln Street Food. Directly in front of us was one of the calmest open kitchen displays I’ve seen, a kind of culinary ballet dinner theatre.

Lincoln Street Food is located in what was once the Large Marge Diner. It only took Paolo an impressive five months to convert the space into a unique, relaxed restaurant that channels the cool dining styles of Manhattan (it reminded us a lot of our recent dinner at 508 Brewery). 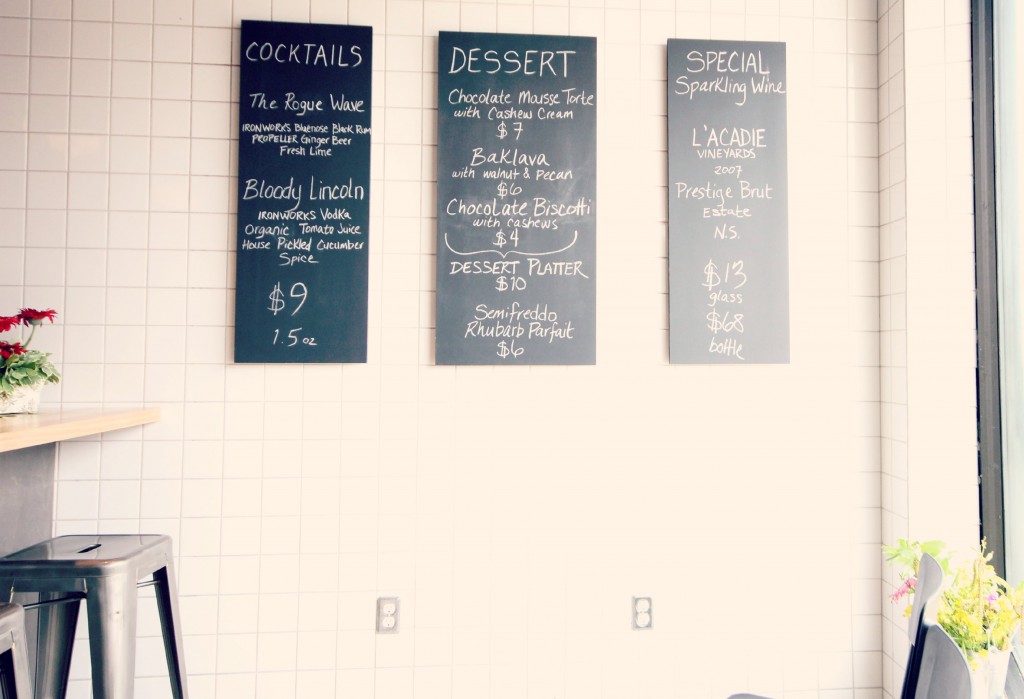 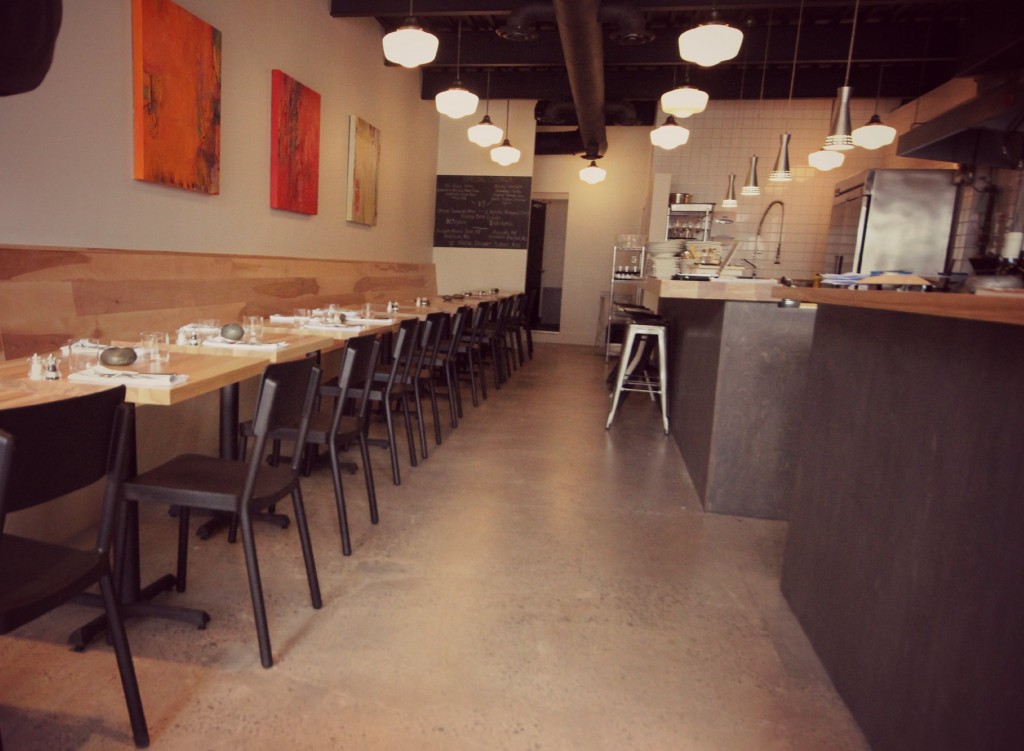 Moments after sitting down, we were offered the choice of still or sparkling water (no extra charge for either). It set the tone for service the entire evening – attentive staff you didn’t notice until the exact moment you needed them. 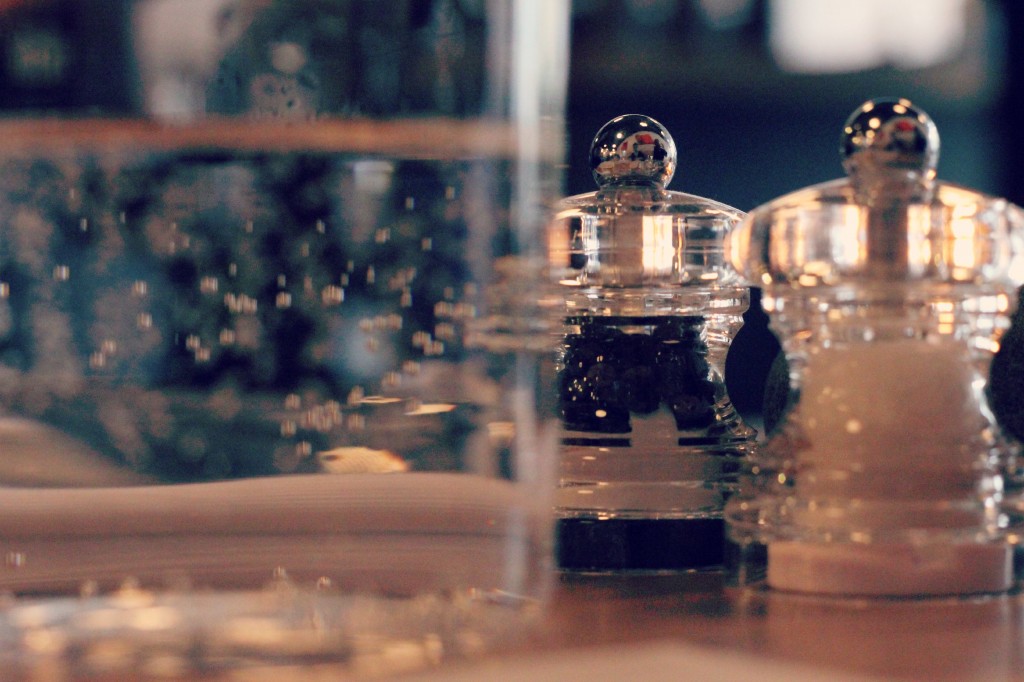 Lincoln Street Food has a trim menu that still manages to cover a wide range of tastes and dietary restrictions. Because there were so many things that caught our eye, and because there were three of us, and especially because we were celebrating, we ordered one of everything on the sharing plates menu, plus the daily special that day, a corn-crusted fried oyster with a spicy mayo. 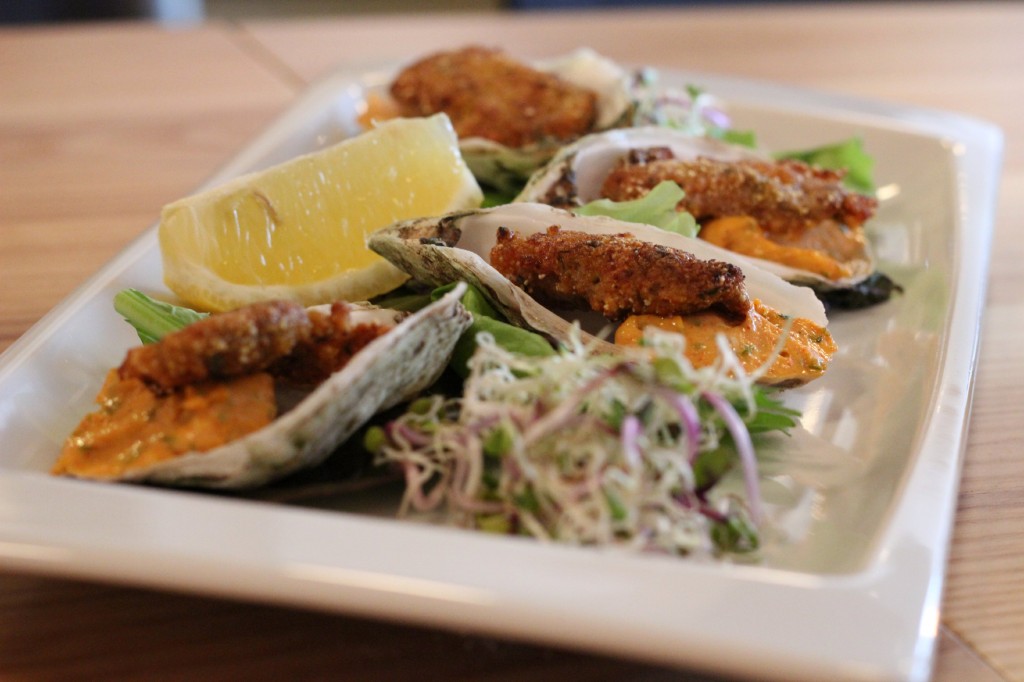 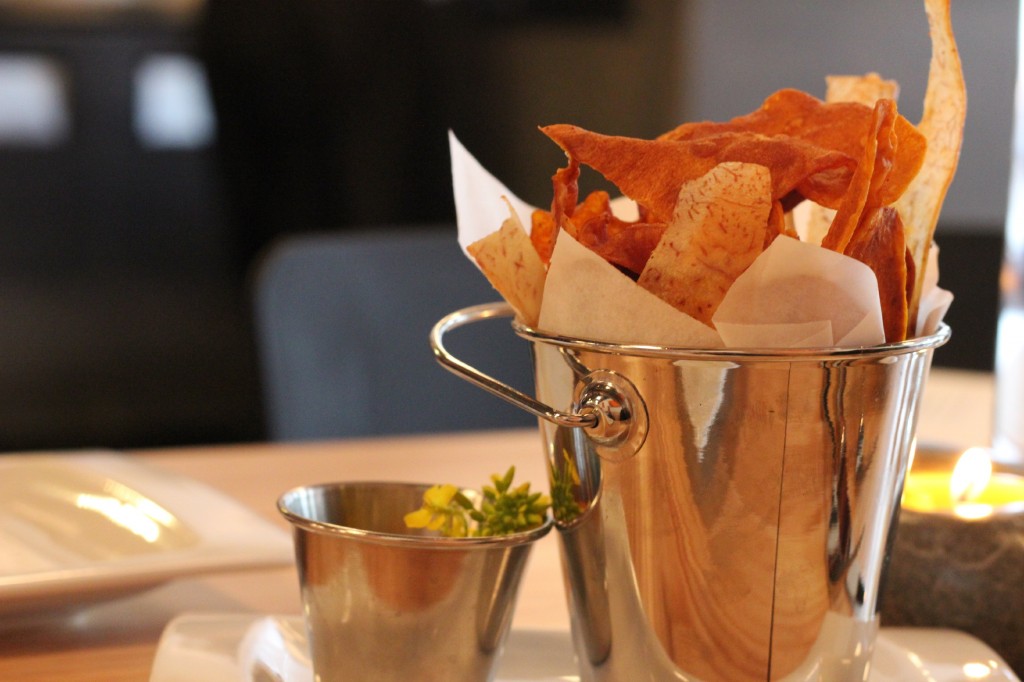 And from there, our table became a non-stop arrivals gate for good food. It actually became a bit overwhelming (we should have asked to space things out). 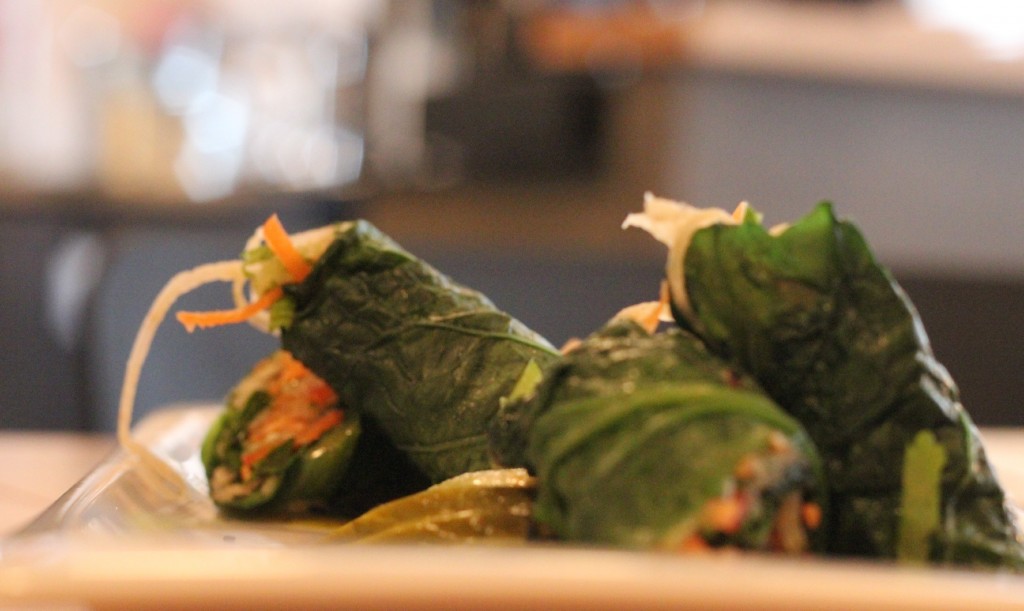 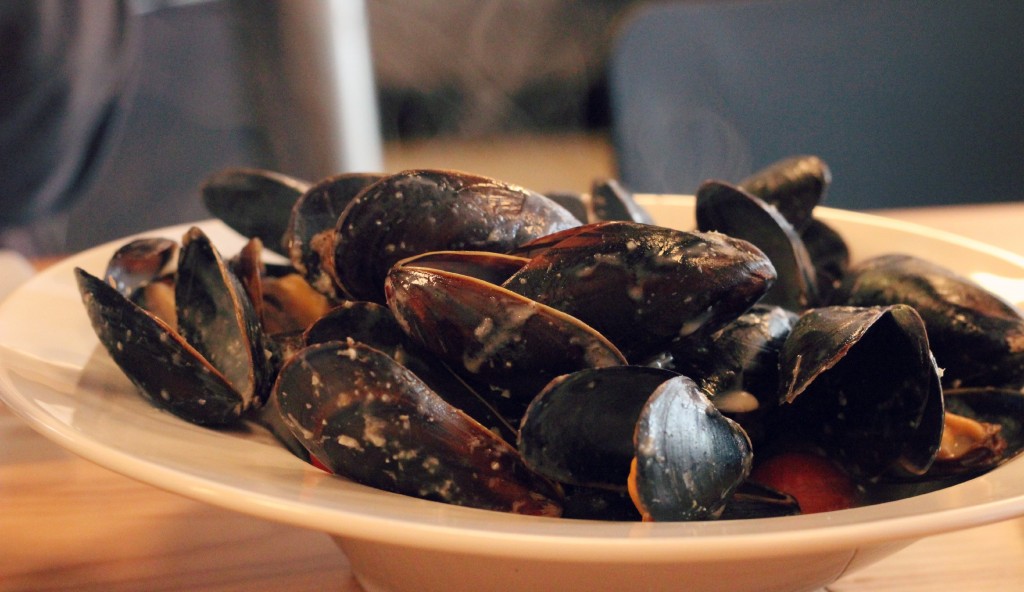 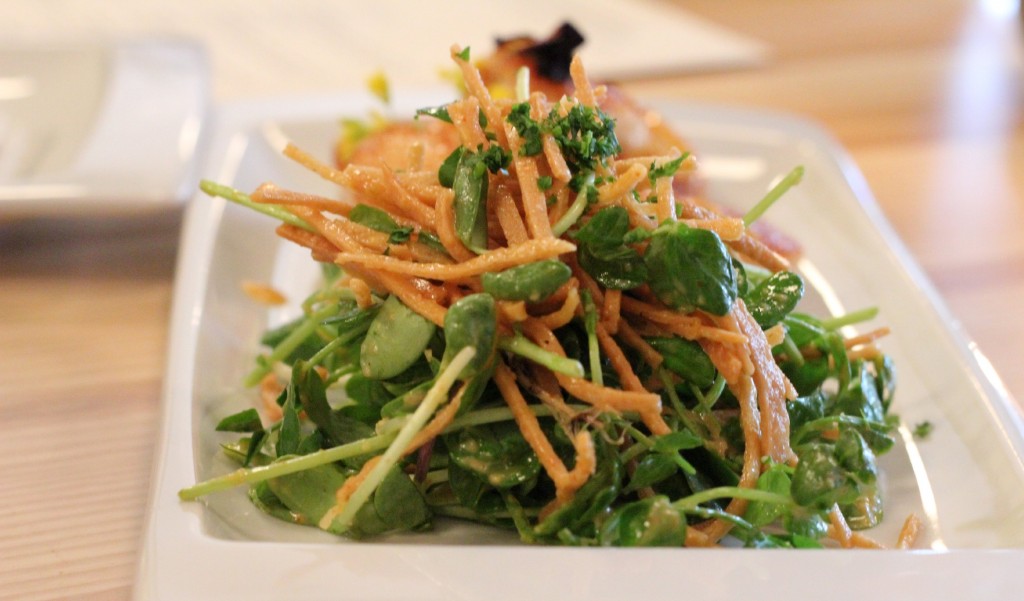 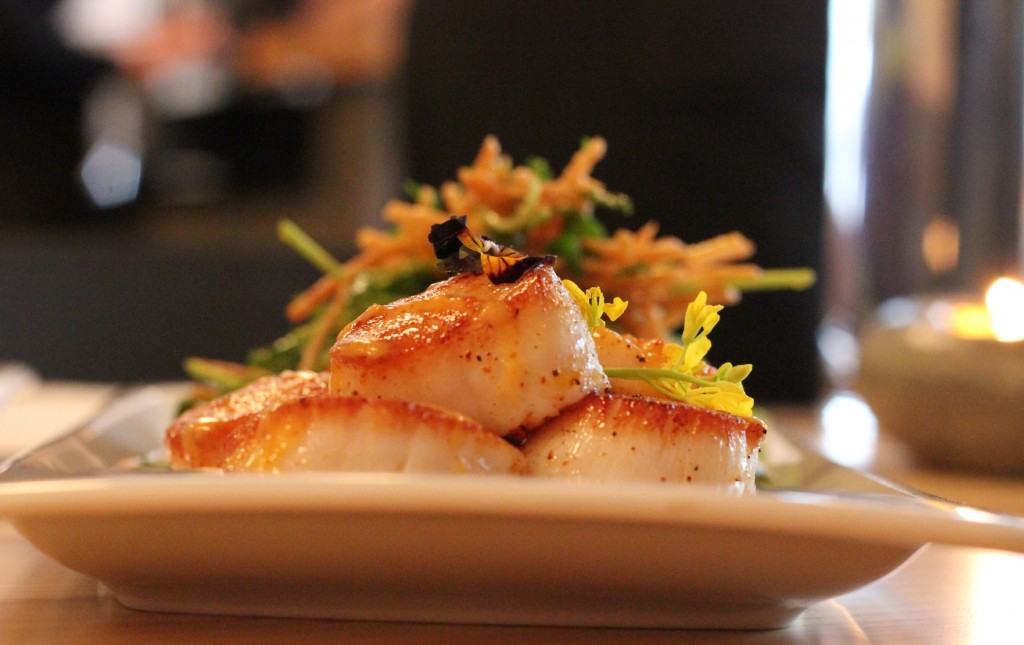 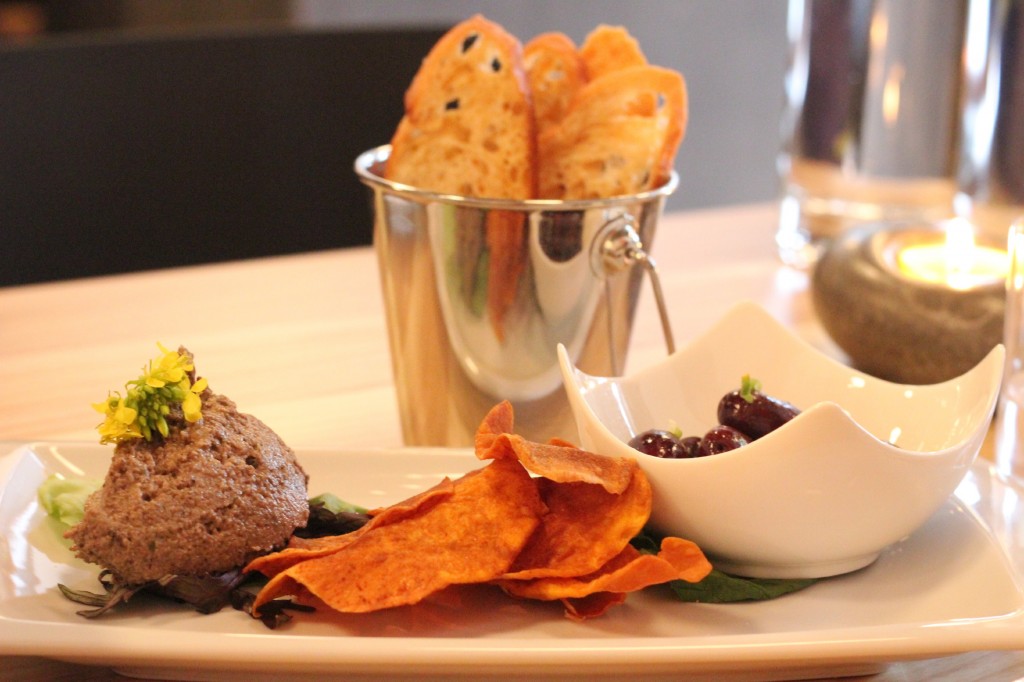 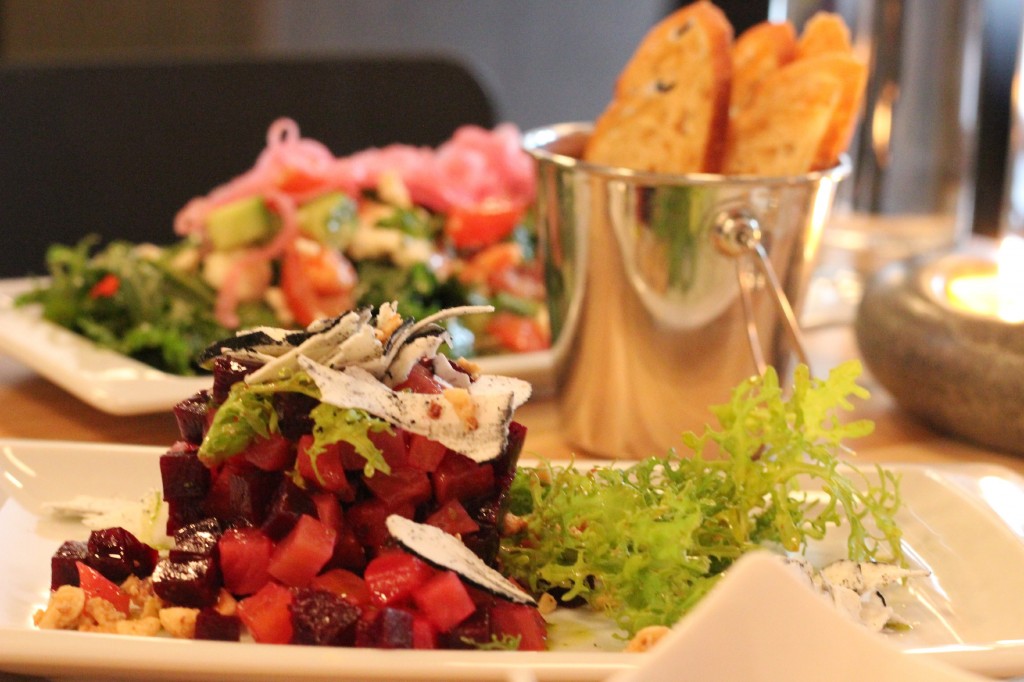 Everything was really good. Really, REALLY good. We actually challenged each other at the end of the night:

“Okay, if you came back again and were only getting ONE sharing plate, what would you get?”

None of us could settle on a single answer, but we all unanimously agreed on the few we thought we couldn’t live without; the green curry mussels, the mushroom and cashew pate, and the beet tar tar with Ran-Cher ash cheese. We’d also be hard pressed to turn down the sweet potato and taro root chips on another visit. At only $4, they seemed to go on forever.

Because so much has been locally sourced, by the time you get there (you are going to go, aren’t you?) the menu may be a whole new line-up of delicious. Paolo plans to change things up regularly based on season and availability.

We finished the night with a dessert plate, $10 for three different selections. The dessert was where there was finally some room for improvement. While the vegan chocolate mousse tart was subtly delicious, we were split on the biscotti (Drew who normally doesn’t like biscotti loved it, his mother who normally likes biscotti liked it less), and the baklava was too dry, not sticky enough (more honey needed, perhaps). 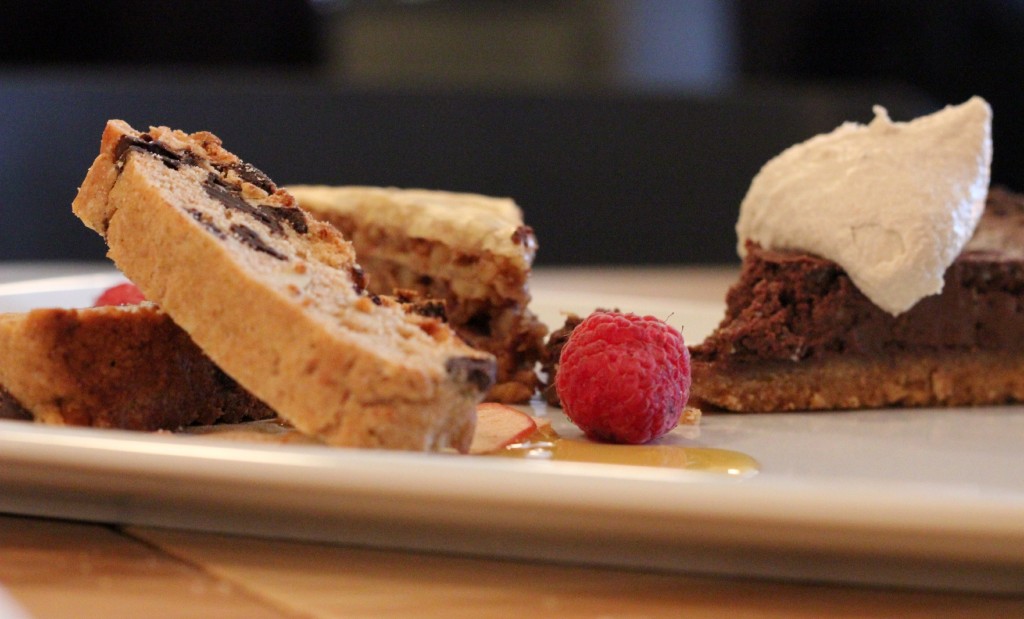 The whole bill (which included a bottle of red wine) came to $127.00 for the three of us. Not bad for eight sharing plates, drinks, and dessert.

The restaurant is only open three days a week right now, 5-9pm Paolo says they’ll likely open more evenings as we get into high season. 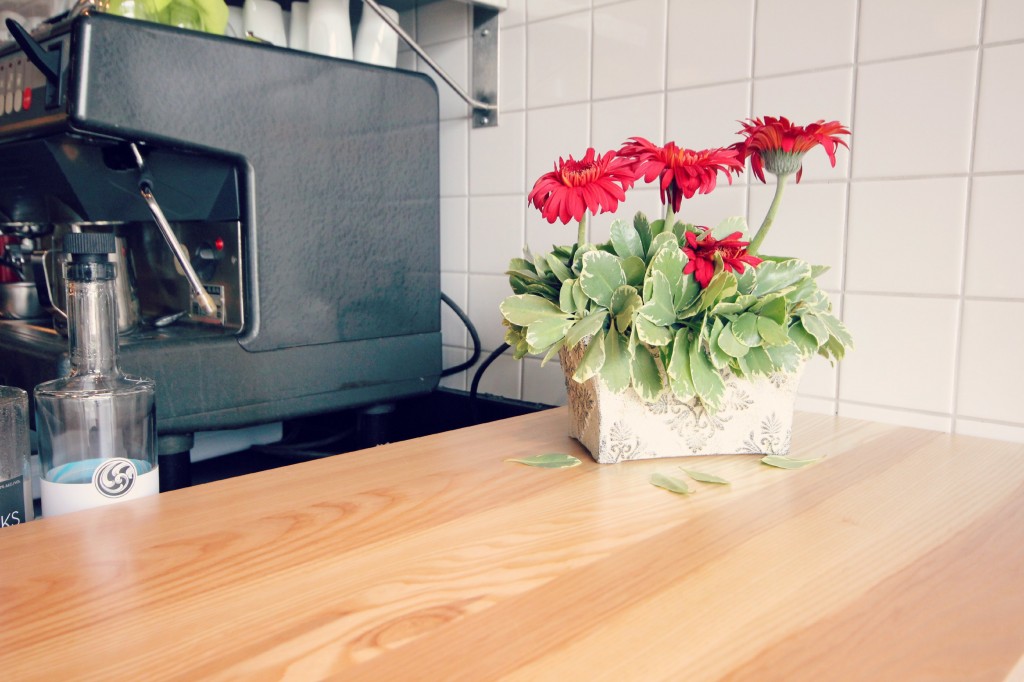 Lincoln Street Food is worth the 45 minute drive to Lunenburg on its own, but if you have time and can swing the cost of a room night, we recommend turning your dinner into a mini-vacation. We’ve got more of our Lunenburg adventures coming up later this week on the blog.

You can see more of our past adventures in and around Lunenburg in our No-Fail Vacation Guide to Nova Scotia’s South Shore.