Last night, I attended the launch party for Canvas Restaurant, the on-site resto at Cambridge Suites. Canvas has actually been open for about a year. The launch was more of a fun way to officially announce their presence in the rapidly growing Halifax food scene, and celebrate their growing local food options. 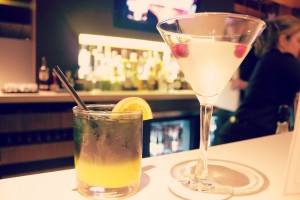 I did a little twitter creeping before the event to see what others were saying. One of the first things that popped up was a cocktail recommendation – The Fusion Royal.

I was maybe a few feet through the door when a staff member handed me a bubbly cocktail. “It’s a sugar cube soaked in bitters and elderberry, topped with sparkling wine. It’s called Fusion Royal”

…oh Canvas, you couldn’t have planned a better welcome. 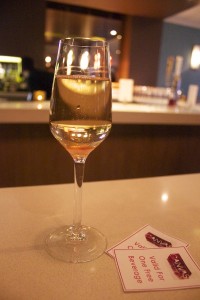 But for me, the highlight was the Maritime Martini, a chowder made with a pureed potato cream base topped with a Digby scallop and a large piece of Mahone Bay lobster. 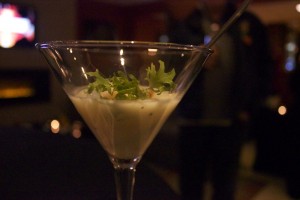 It was a mini-version of their Seafood Chowder ($11), a seared ‘catch of the day’ in creamy potato broth. I’ve tried a lot of chowder (which you can read about here), and the pureed base was a really nice touch. Plus, lobster… 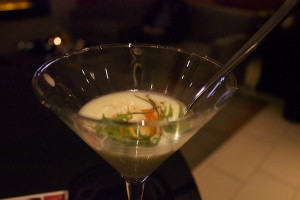 It was hard to get a great sense of the menu at the launch, but it was a good opportunity to see Canvas in full swing. The room was packed. Pete Luckett even came for a visit! 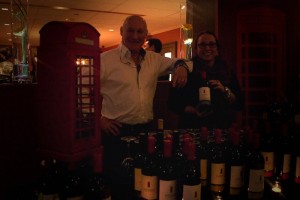 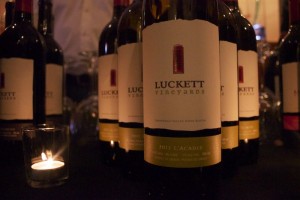 The cocktail menu and the close proximity to Spring Garden make it ideal for post-work drinks and appys. The menu has many local fish and meat options. I’m especially intrigued by the rabbit stew. They also make their own preserves on-site. 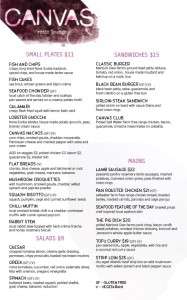 The menu has a number of gluten free options. One of those gluten free options is the seafood chowder (something surprisingly difficult to come by). They also have a few tasty looking vegetarian dishes, including tofu curry and a squash risotto. 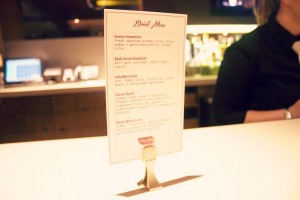 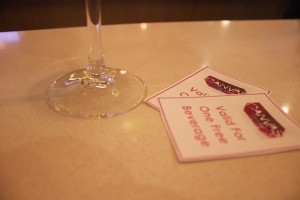 I would have loved to make my way through more of the cocktails that their mixologist, Leanne, was slinging up (especially because this free event included a few drink tickets). Alas, I was at this particular event solo, and cocktails go best with friends and lovers.

I should have gone for a second maritime martini, though…