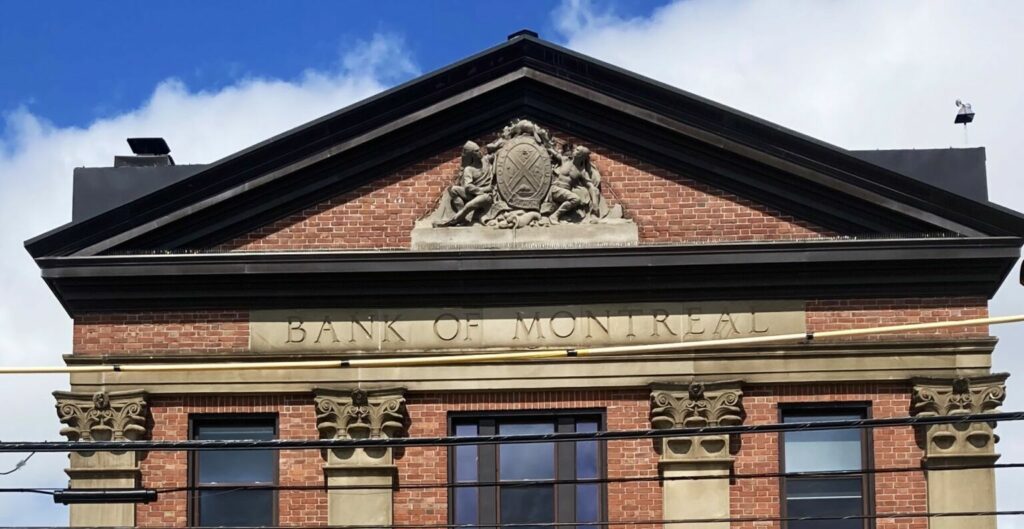 A few years back there were regular news stories when banks closed branches in towns around the province. It was just another indignity for these communities, like losing their schools, churches, and service stations. As we travelled about this summer, I took notice of several banks that still operated in smaller communities and were looking prosperous (proper thing for a bank).

The first one I noticed was the Bank of Montreal in Mahone Bay, because it was gloriously glowing in the late afternoon sun. Banks have corporate architects or design managers so new signage is usually appropriately sized for the architecture of their traditional branch buildings. 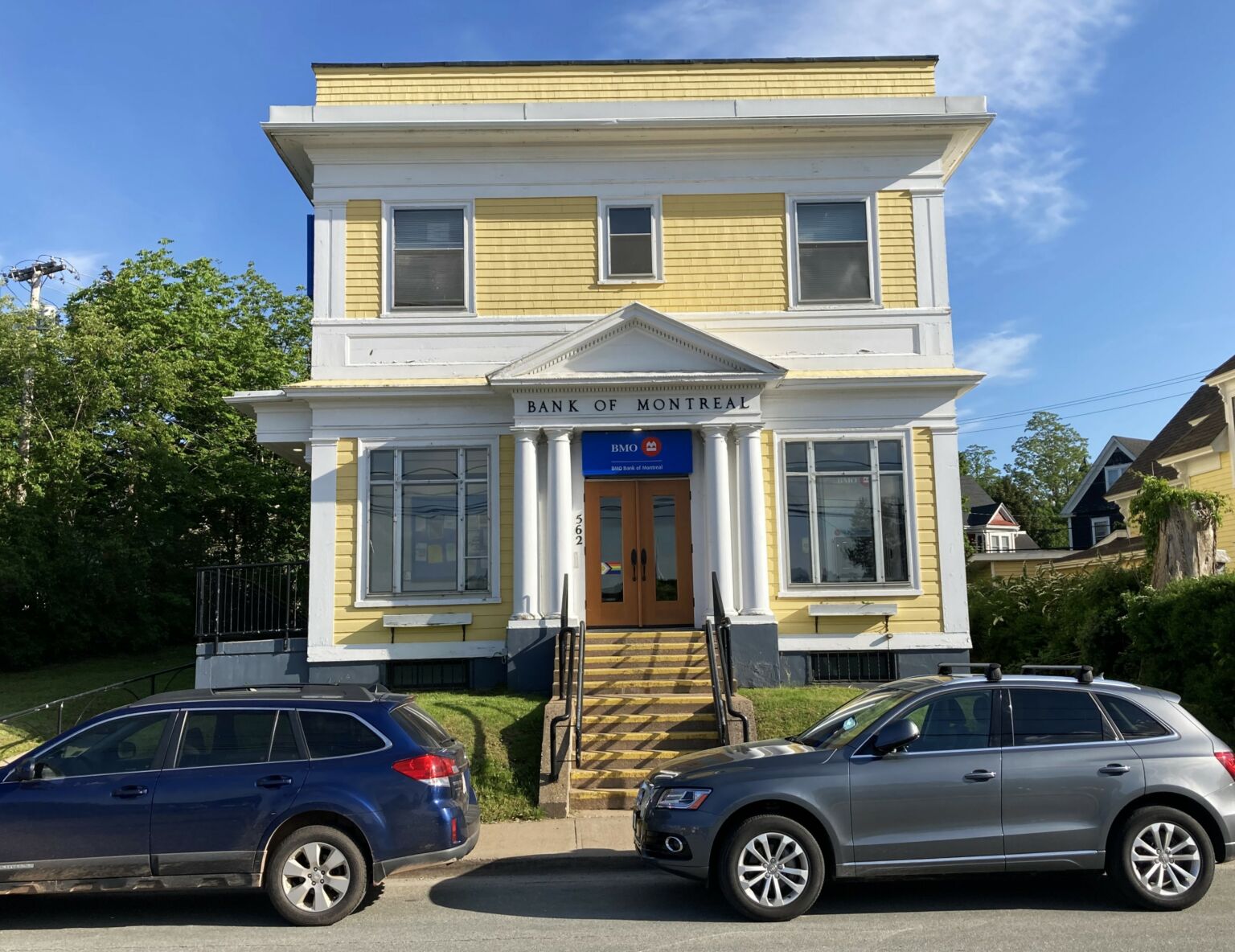 The neoclassical design of Royal Bank in Lunenburg is right out of central casting for banks: robust stonework, towering columns. And a modern ramp designed to blend with the architecture. 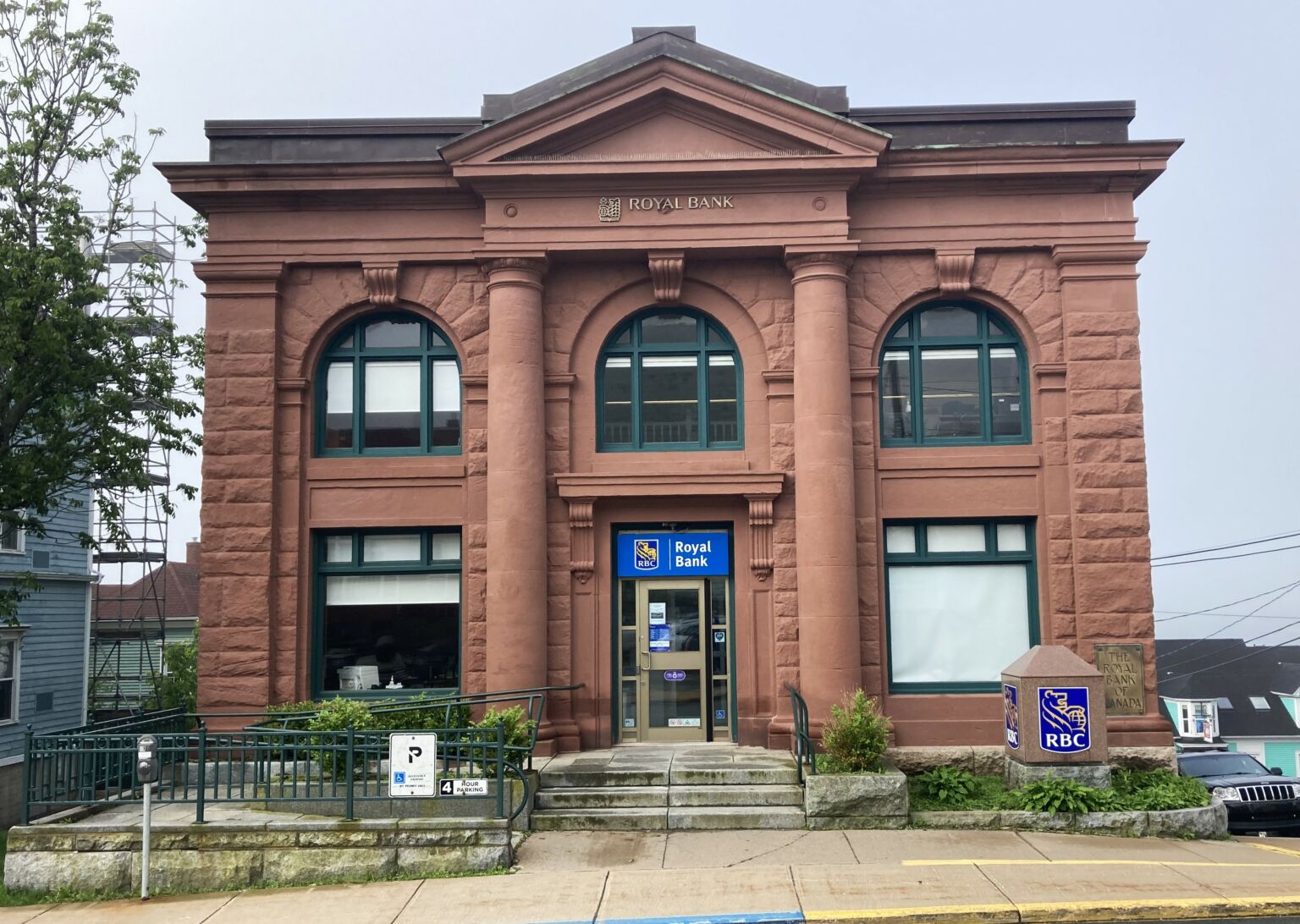 The assertive temple front on the BMO in Wolfville brought me to a stop in the crosswalk. You could believe that “Jesus puts his money in the Bank of Montreal.” 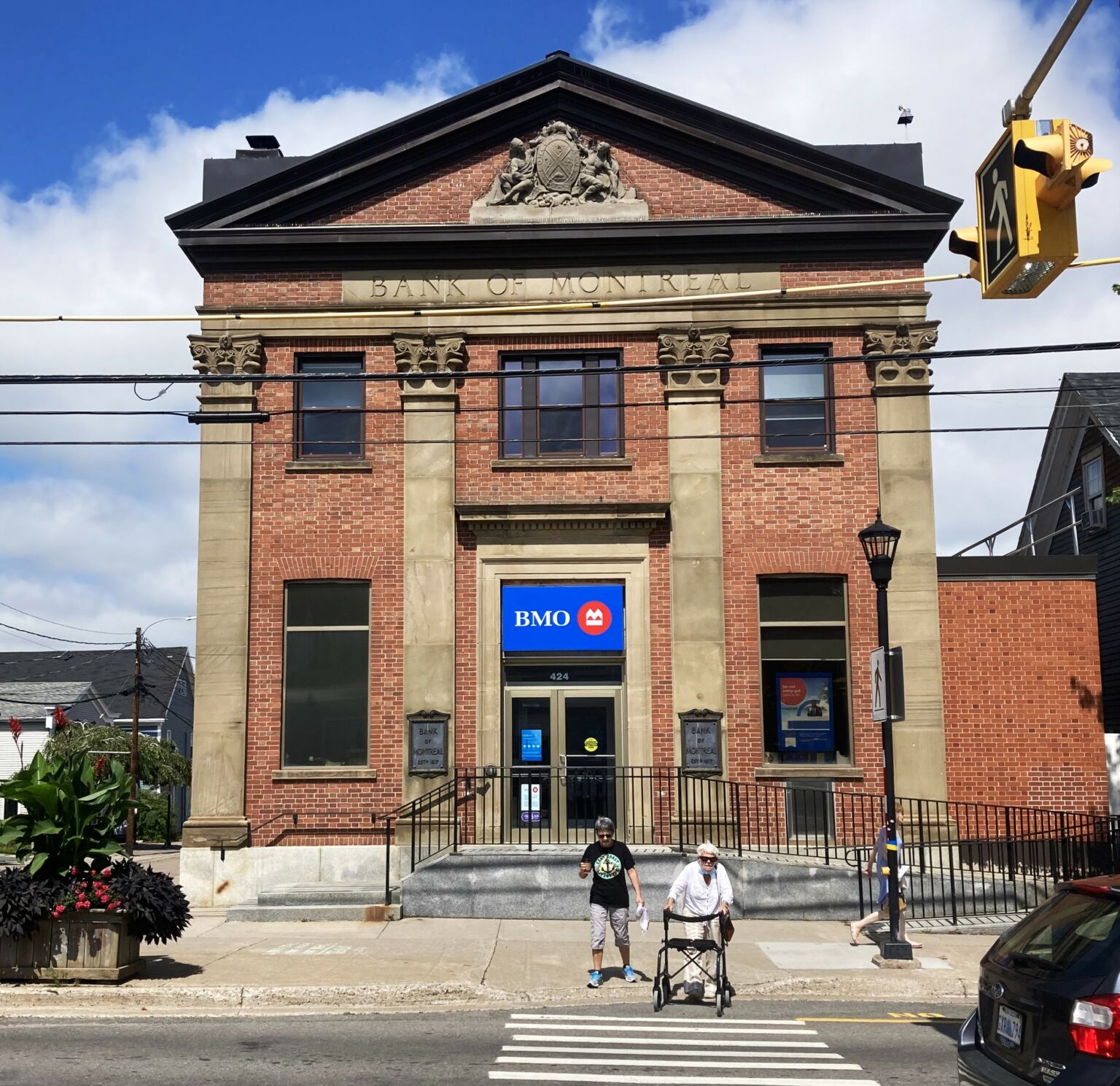 I sort of remember when the Royal Bank was renovated in Annapolis Royal. (Early 1980s?) It was a moment when banks were grappling with how to incorporate ATMs that were available at all times of the day into their traditional buildings. Local architect Harry Jost added a porch that provided a new accessible entrance and housed the new instant tellers. 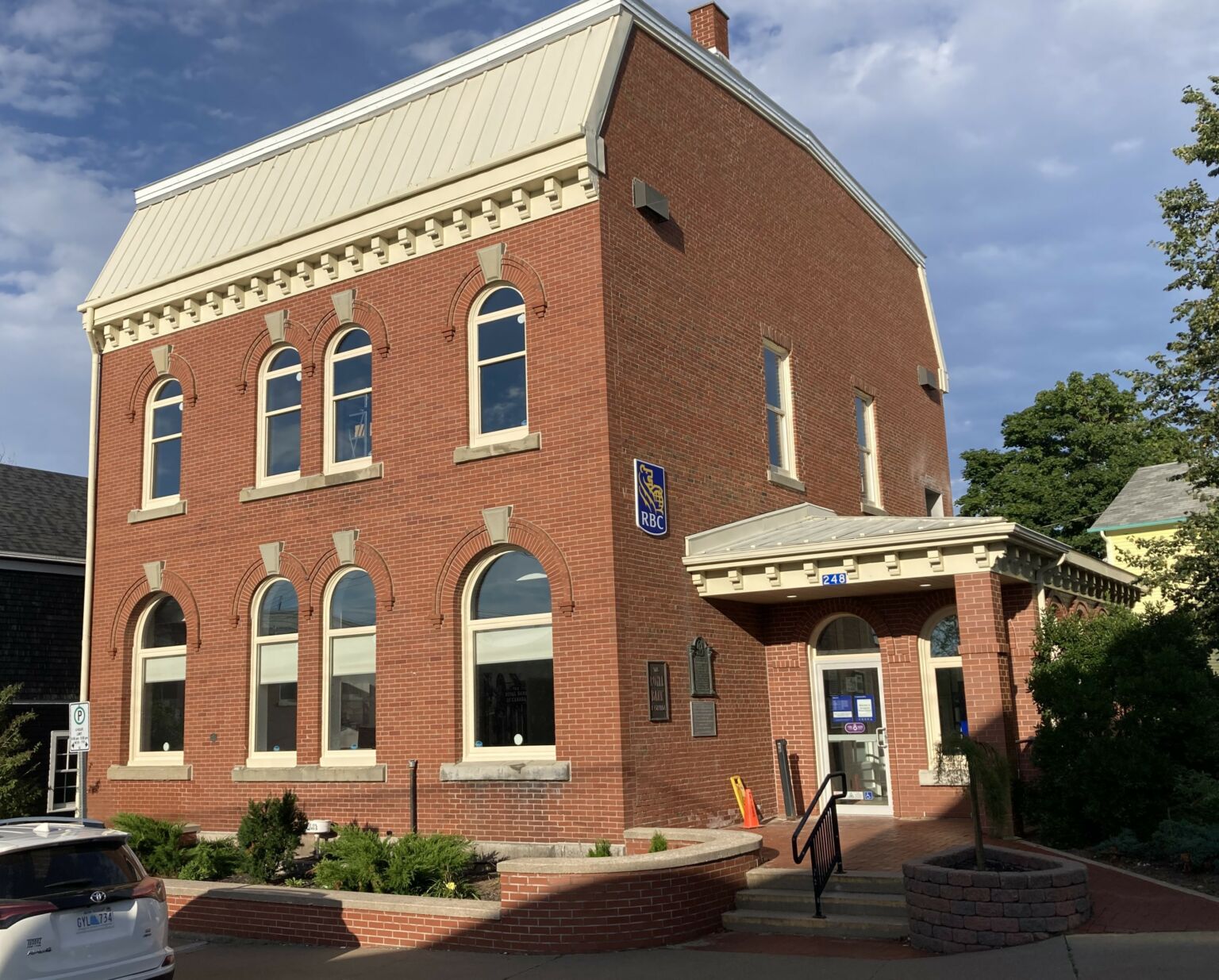 Annapolis Royal is an historic plaque-rich environment and several are attached to the bank. We are particular fans of one of the plaque honorees: Sir William Fenwick Williams, the Hero of Kars. 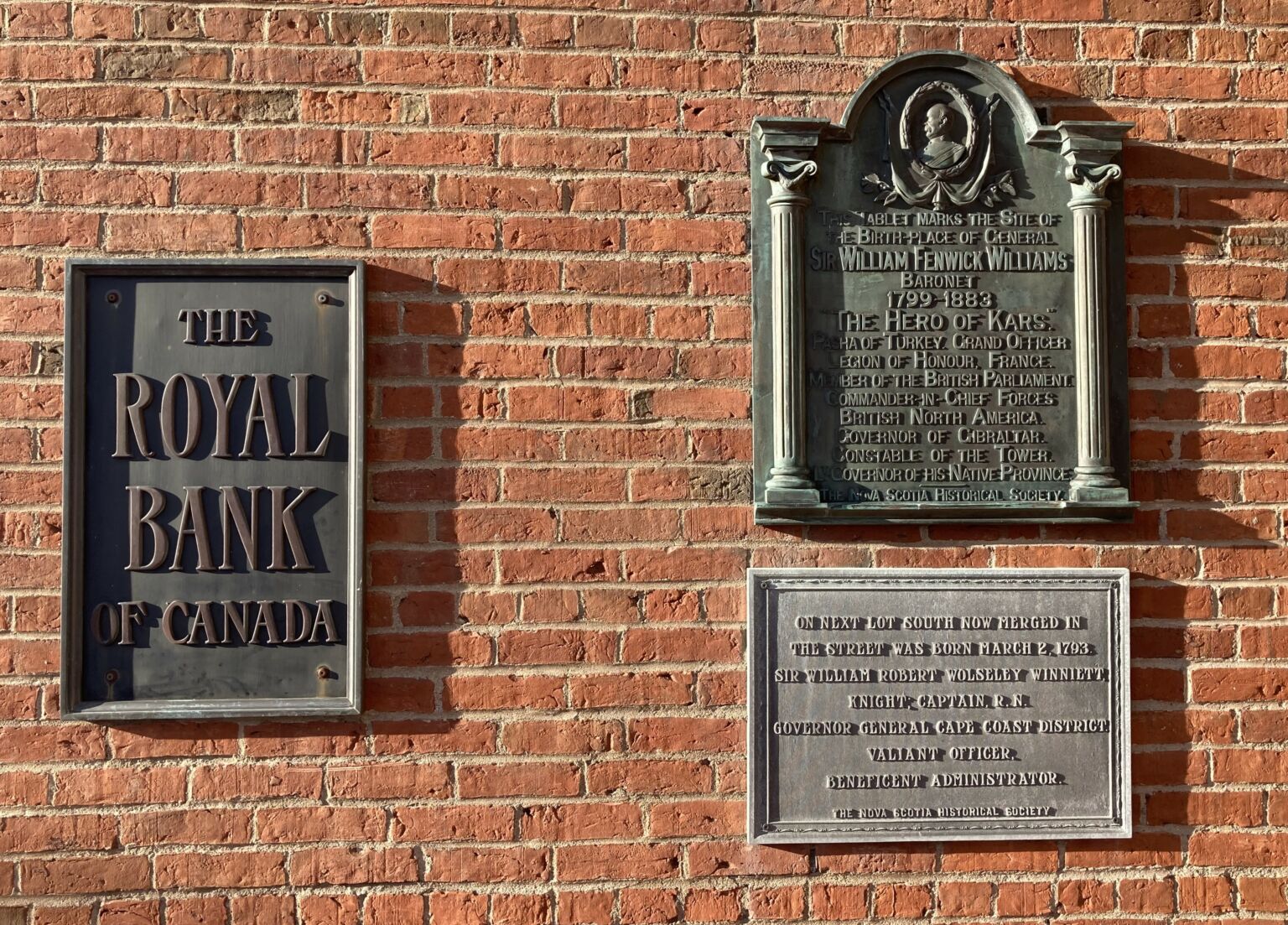 When banks do close, communities are left with a substantial building that looks like a bank. I’m always surprised that the tiny village of LaHave had such a grand bank building. Tells us something about the money floating around this area at some moment. It’s now a residence, I assume. 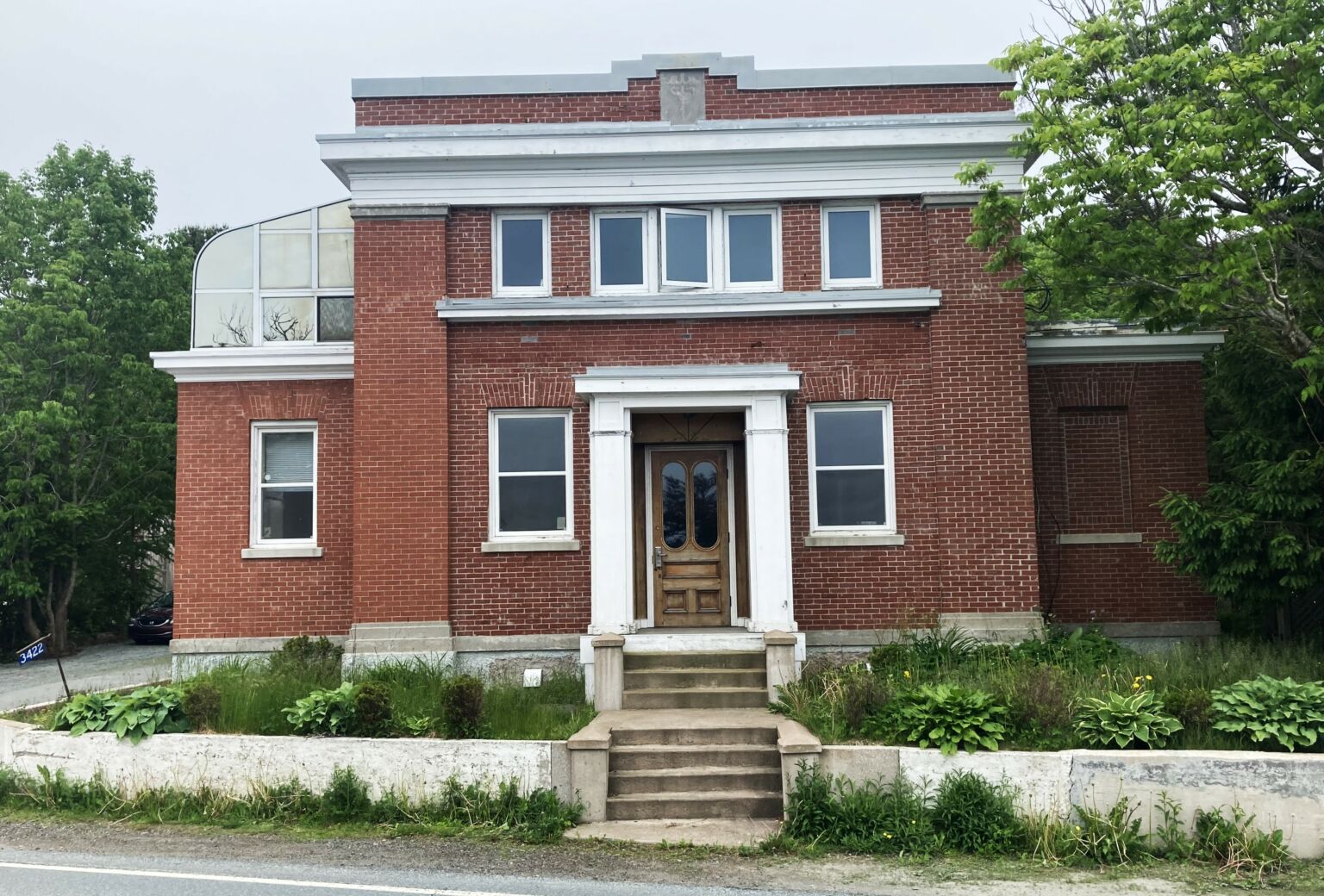