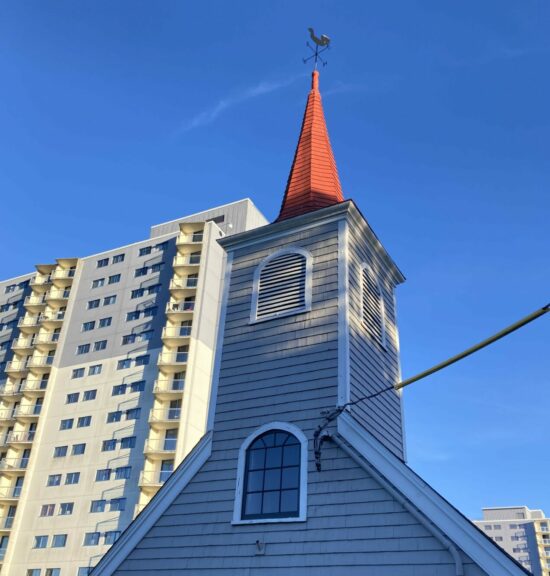 At the end of October, just before the time changed for the last time (fingers crossed), Sheila was getting a haircut and I had about an hour to ramble in the central north of Halifax. The low sun provided a particular light quality. You’ll see.

On the corner of Agricola at West, sunlight fell through the open door of an old corner store that had been stripped back to the studs. A little like discovering a looted ancient tomb? The stately cast iron column used to be surrounded by a treasure trove of grave goods: salty snacks and sugary drinks. Best wishes in your future endeavors, you fine fluted thing. 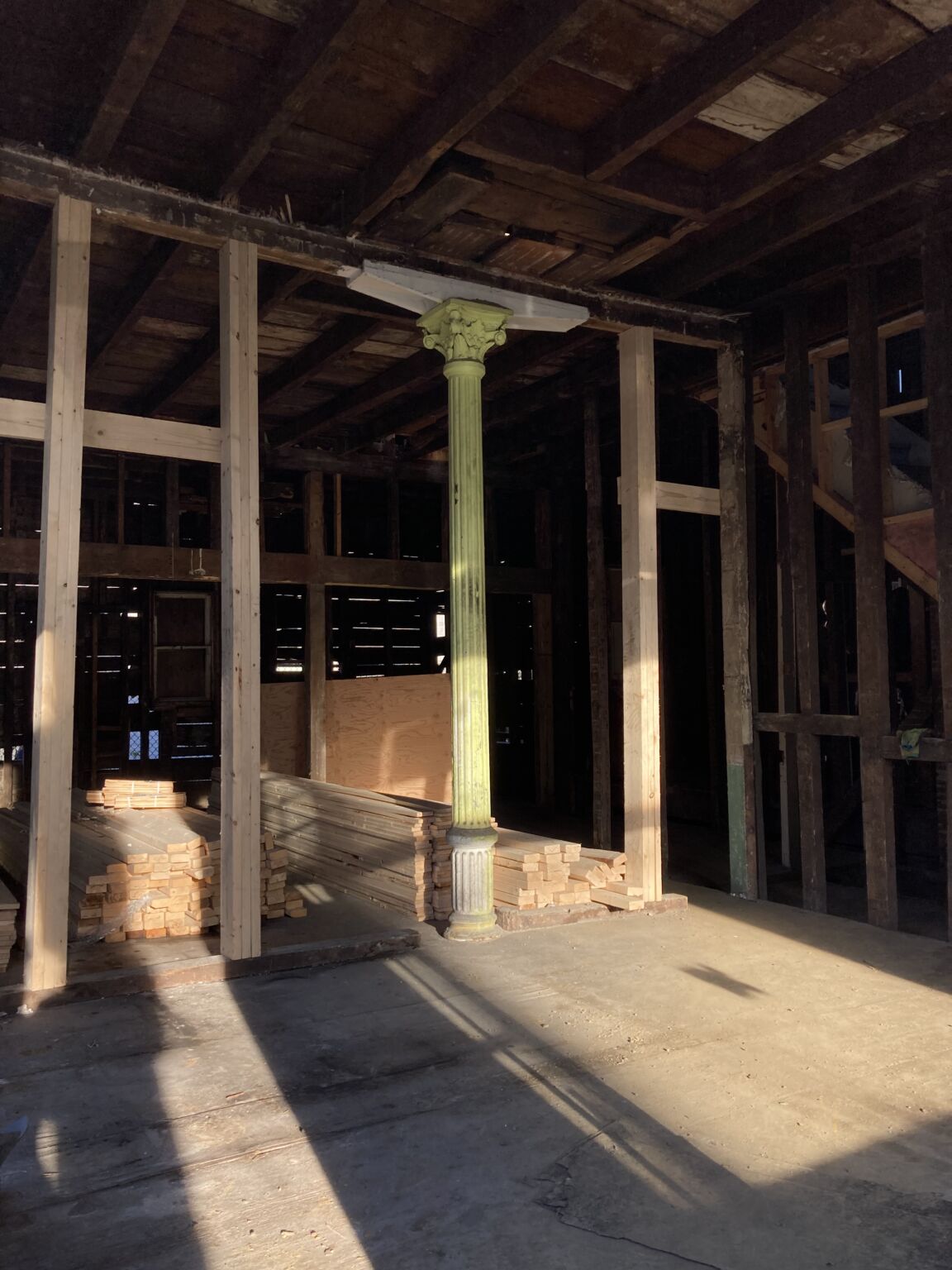 I had not examined the Armories since it emerged from the cloak of scaffolding that for years concealed the progress of a very expensive restoration. The results bring joy, almost makes you forgive the Armed Forces for constructing that deeply uninteresting recent building in Stadacona. 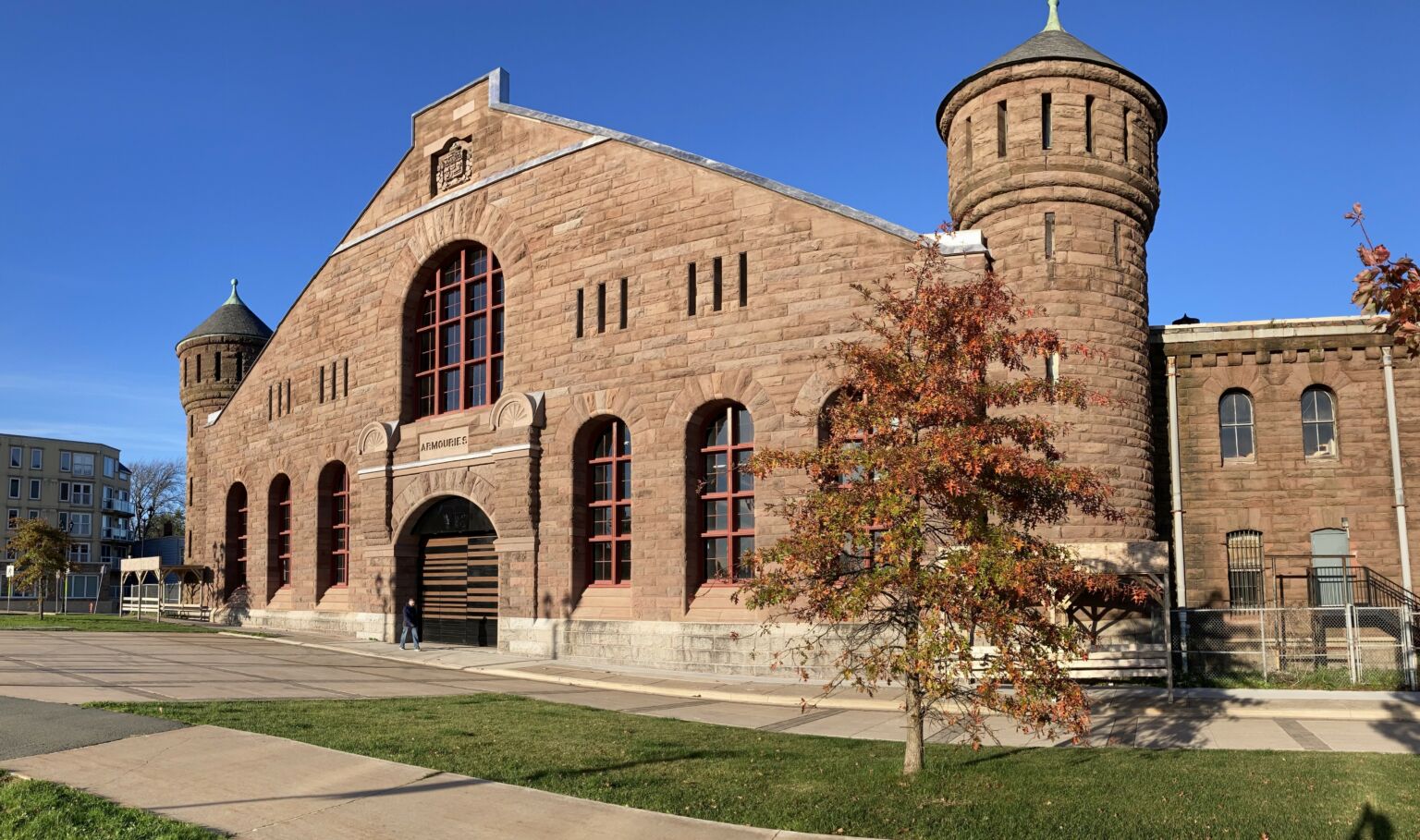 A change that many people will not notice is that the major entrance has been widened (thanks for pointing that out, Ken). 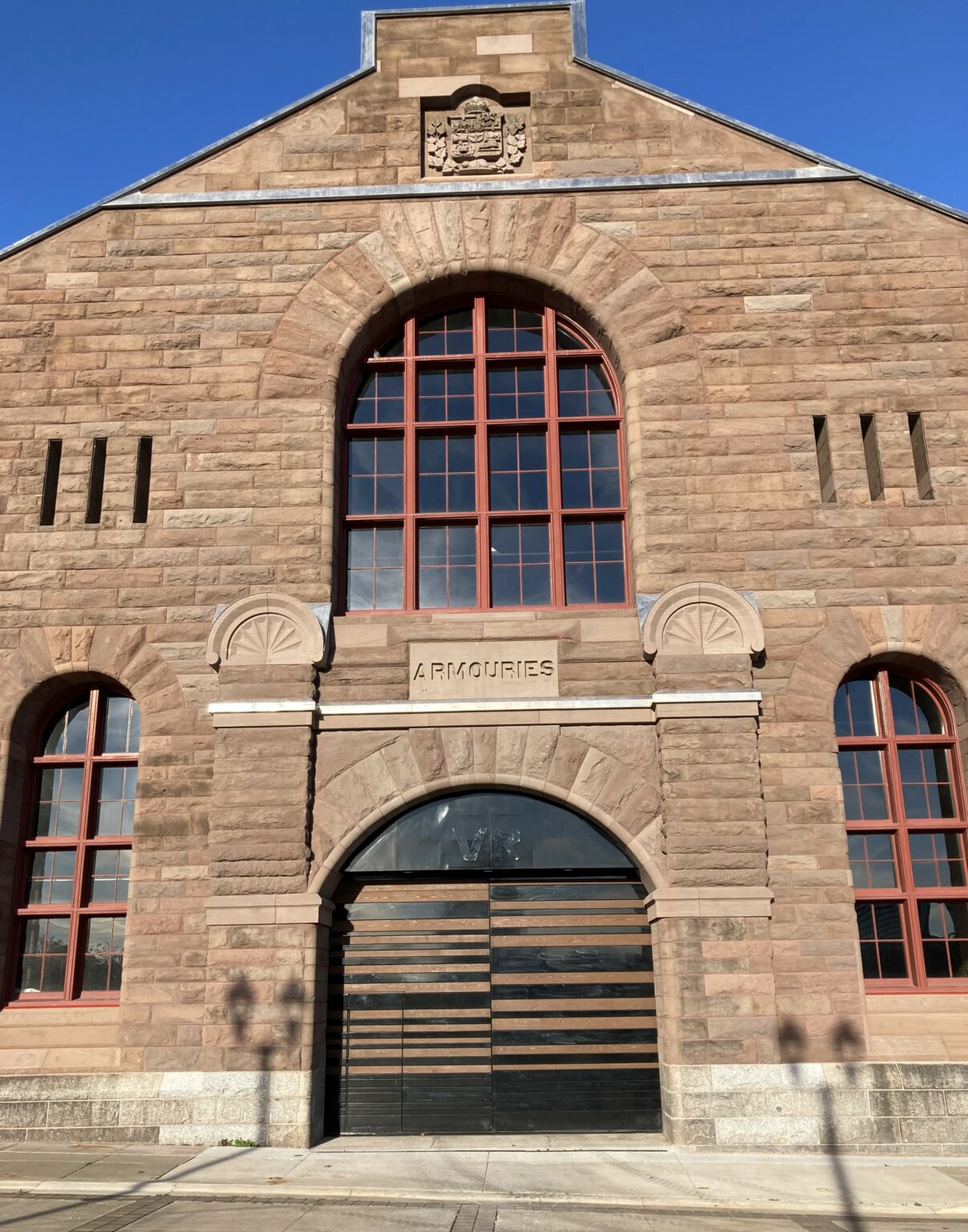 On Gottingen Street it appears that architects MacKay-Lyons Sweetapple have left the street and taken offices in the Queens Marque, their big new design project on the waterfront. When the architects moved to Gottingen, the street had not begun its renaissance and theirs was the first new build in a while. The gift they offered to the street was a mostly blank wall of nasty concrete block. At the time a young friend said it “felt like an insult.” Over the years some splashes of colour were added and now the building feels more at home on the street. The architectural code phrase “Place and Occasion” cascades across the façade, but I initially read it as “Ace Andoco”.

My real destination was the Blue House, a housing project for African Nova Scotians facing barriers to housing. “The project aims to create a space to support healing and well-being for its residents.” Omar Gandhi Architects partnered with Stotts Architecture to design this project for the North End Community Health Centre. A great sounding project.

This is a rework of a typical 19th-century Halifax house, the sort that is normally totally demolished. A new pod on the left houses the entry and stairs thus allowing more efficient use of space in the main volume. 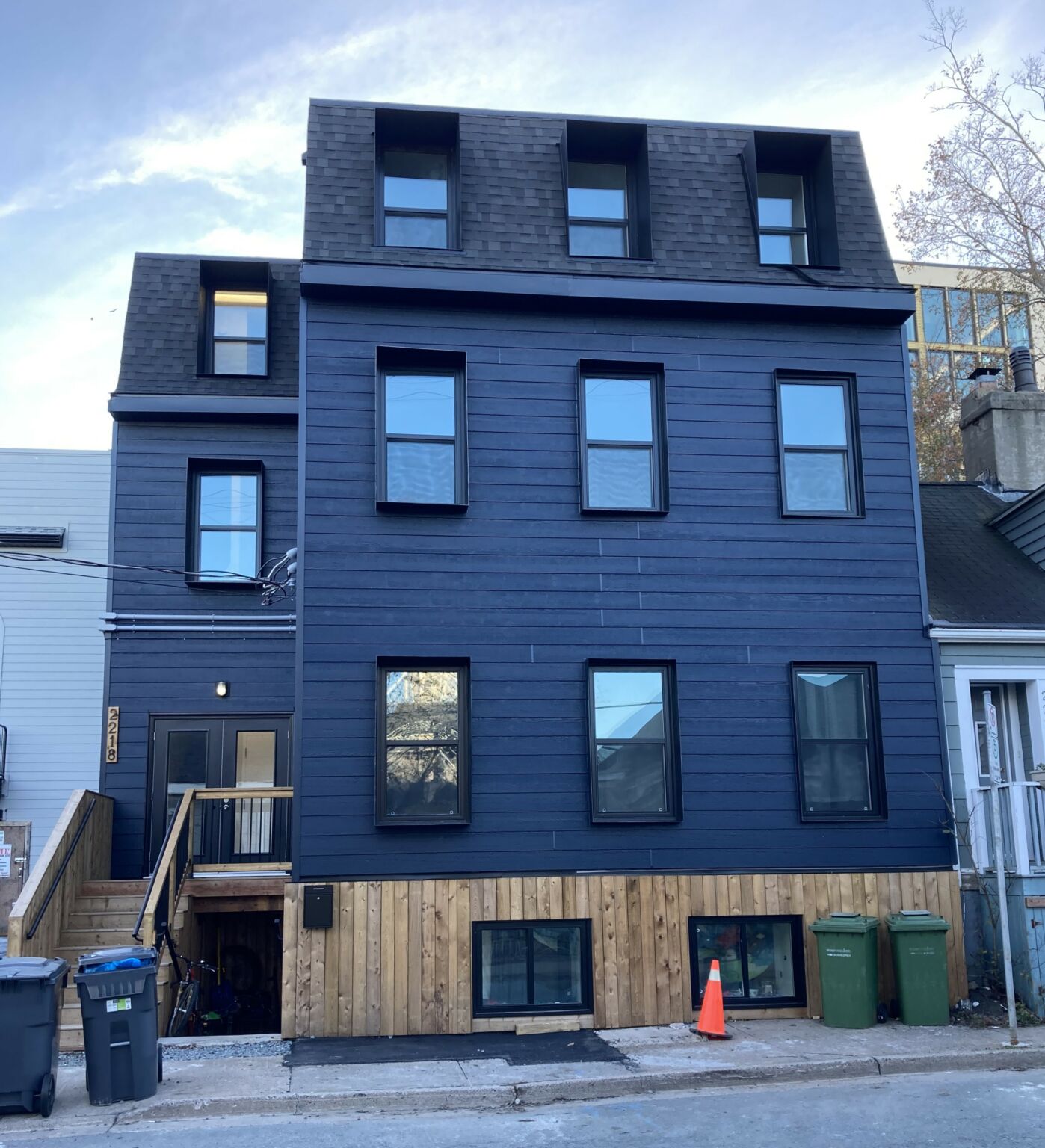 The window surrounds are “metal shrouds” that give us something to talk about. Do you have an opinion? 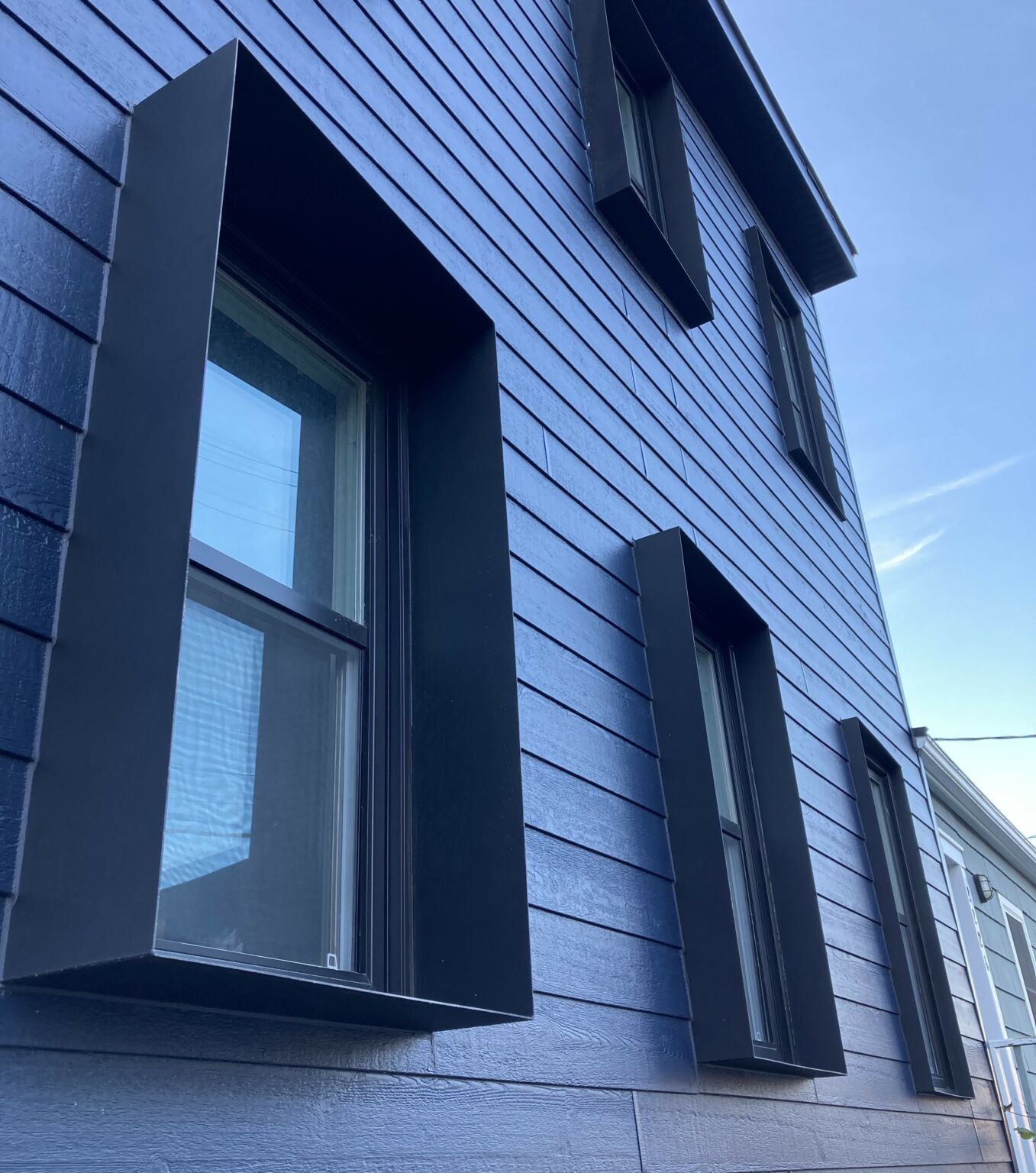 Two thirds of the little Italianate-style balconies that survive in Halifax are on Brunswick Street, both on 19th-century mansions associated with the West family. Ironwork and golden hour light are good companions. 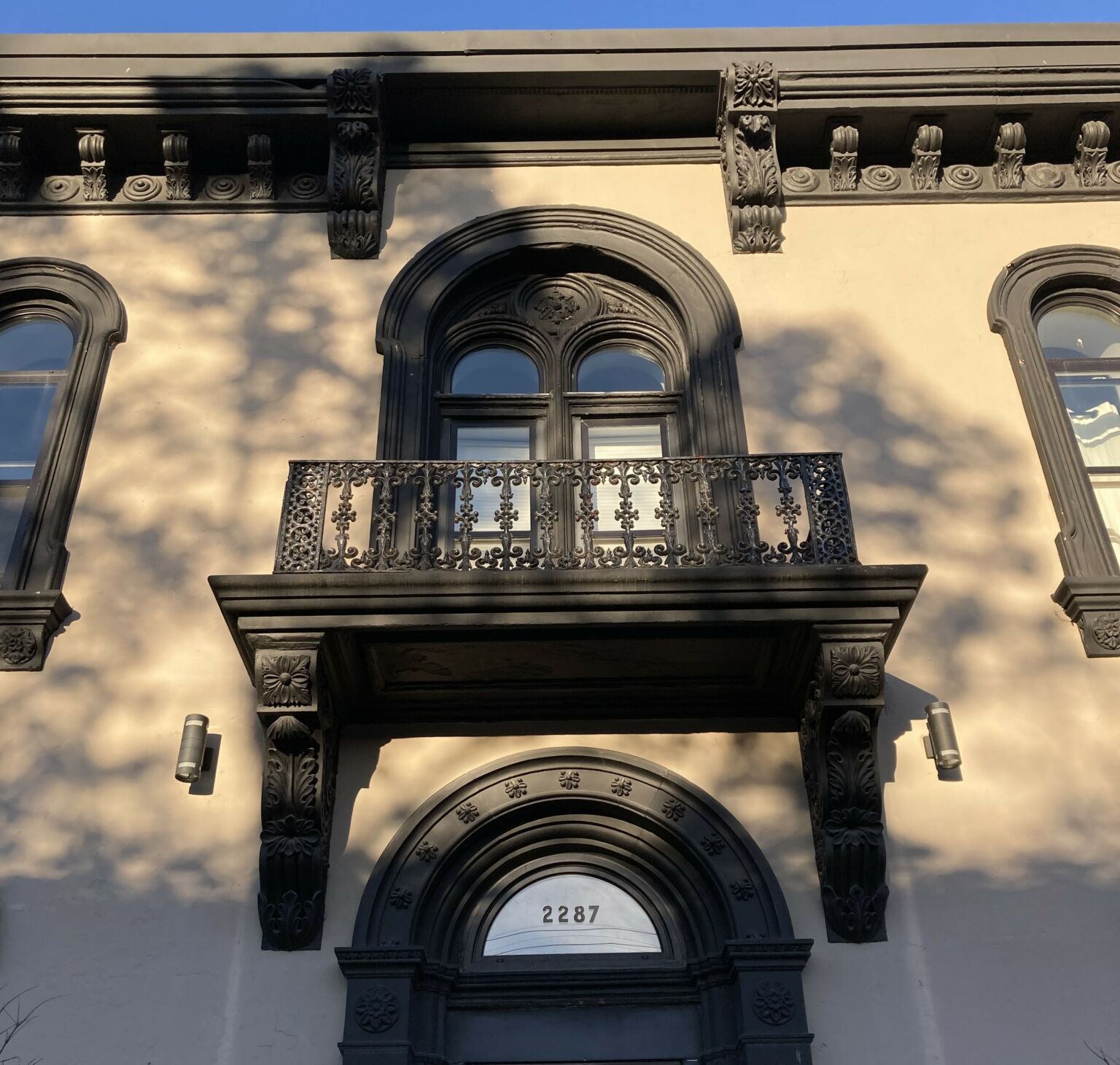 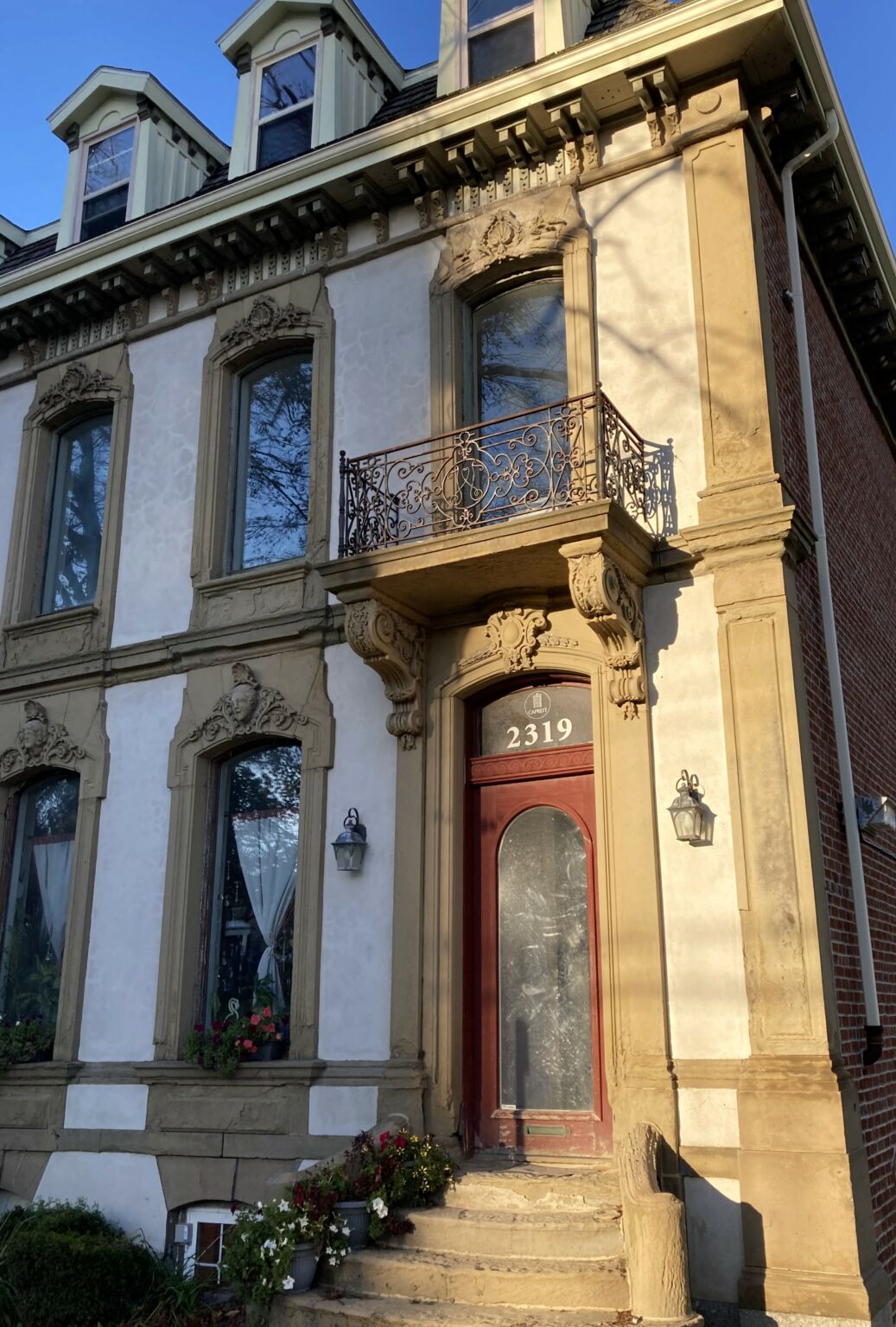 I had forgotten these charming sandstone heads. Looks like we’re in France, don’t you think? 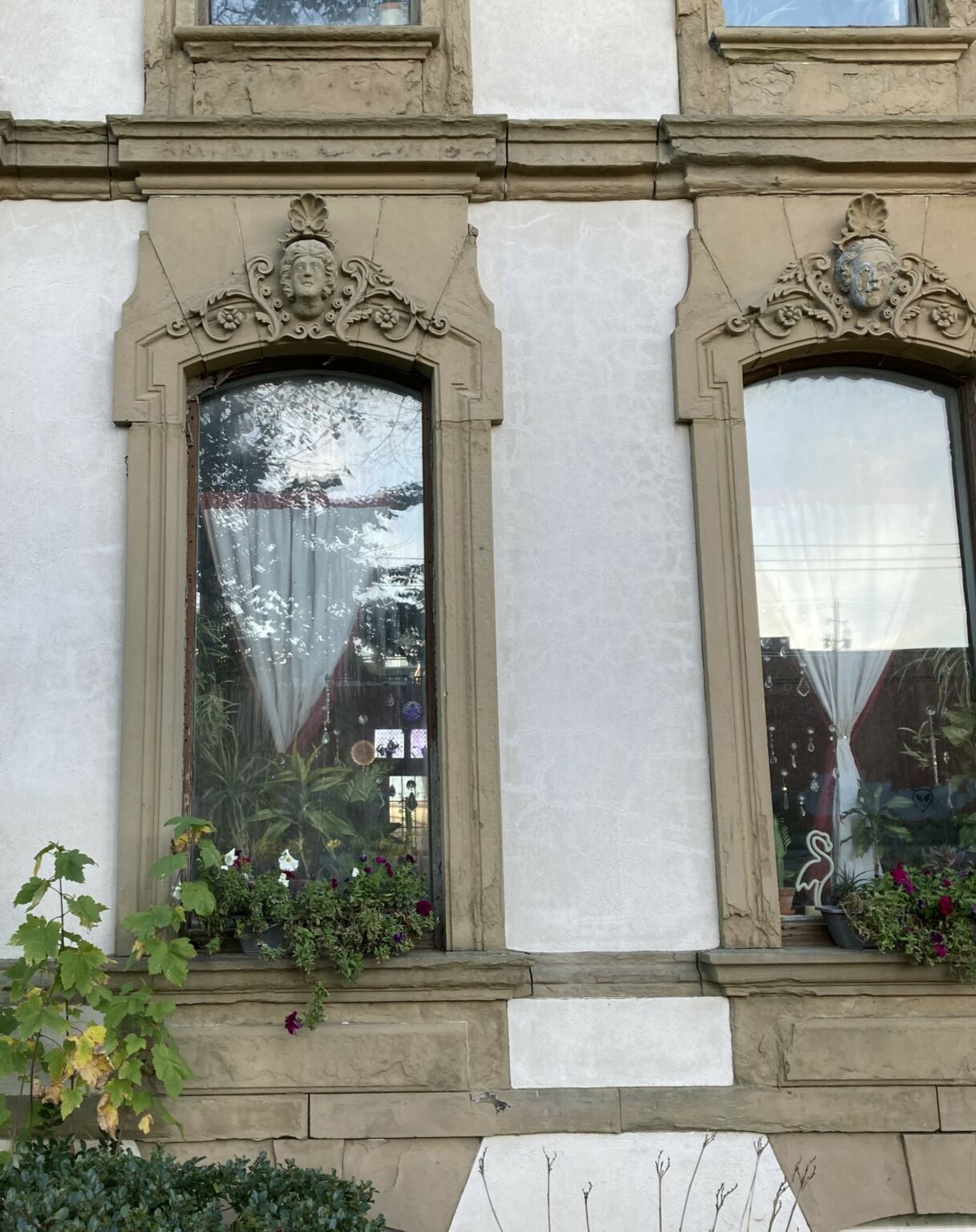 To my surprise churches became a major theme of this walk. The recent addition to the New Horizons Baptist Church is respectful to the old building and the surroundings. 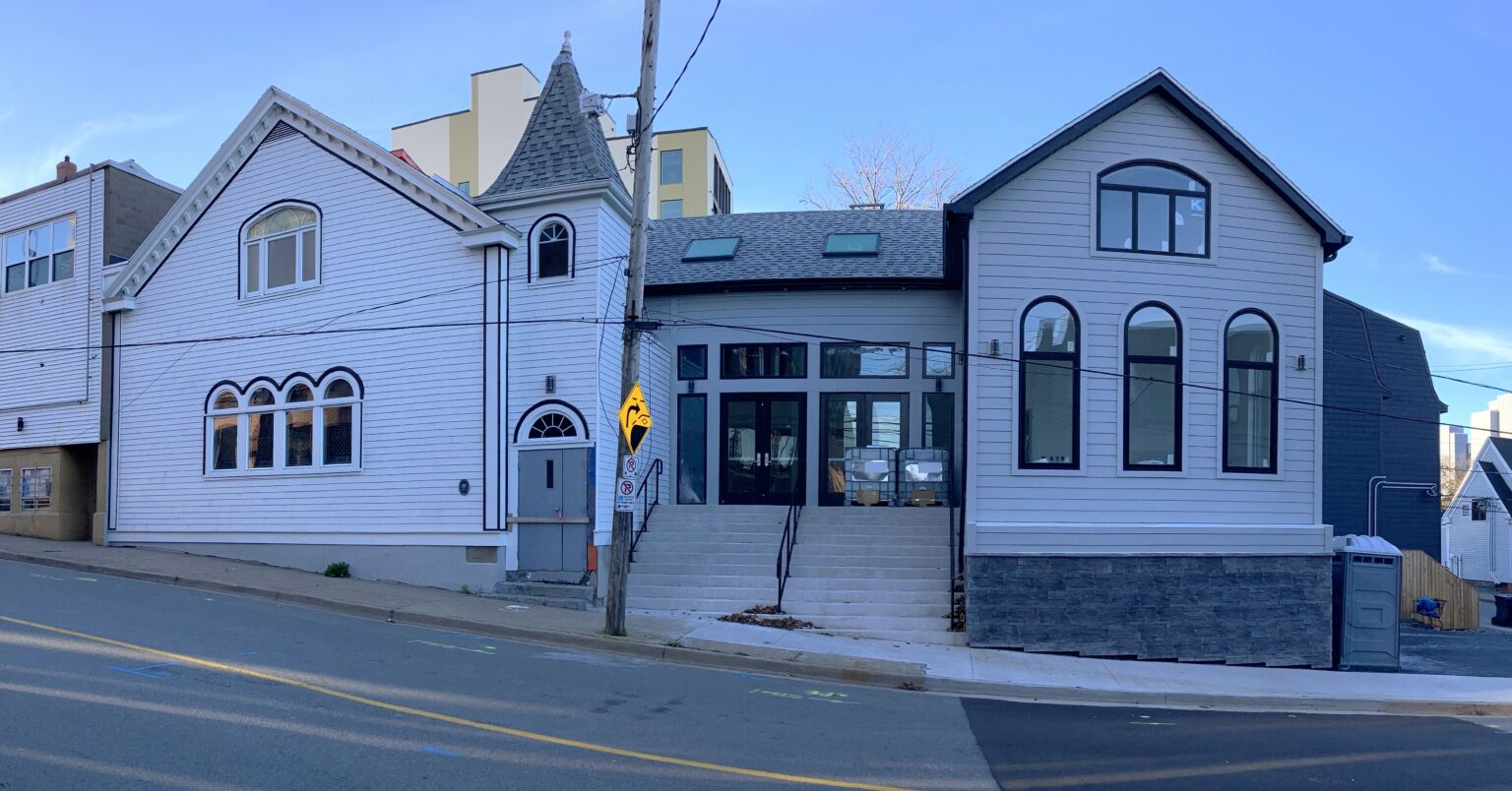 St. George’s and associated buildings were looking particularly crisp and well maintained. The Halley’s Comet-themed weathervane is always a joy to see glinting in the heavens. 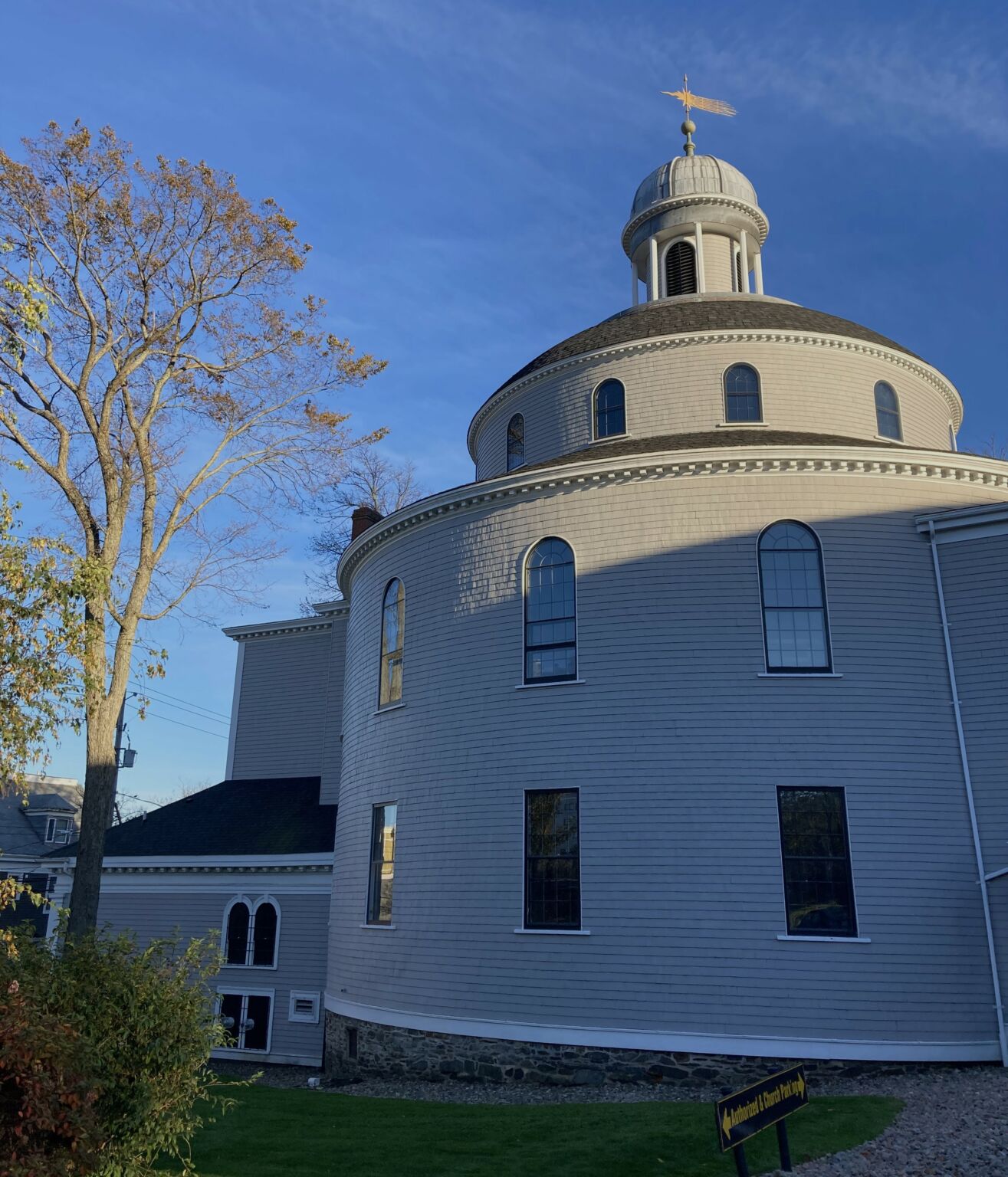 Across the street St. Patrick’s has some challenges. Take a look at this 360-degree image of the interior. Quite a place, no wonder some folks want to save it. 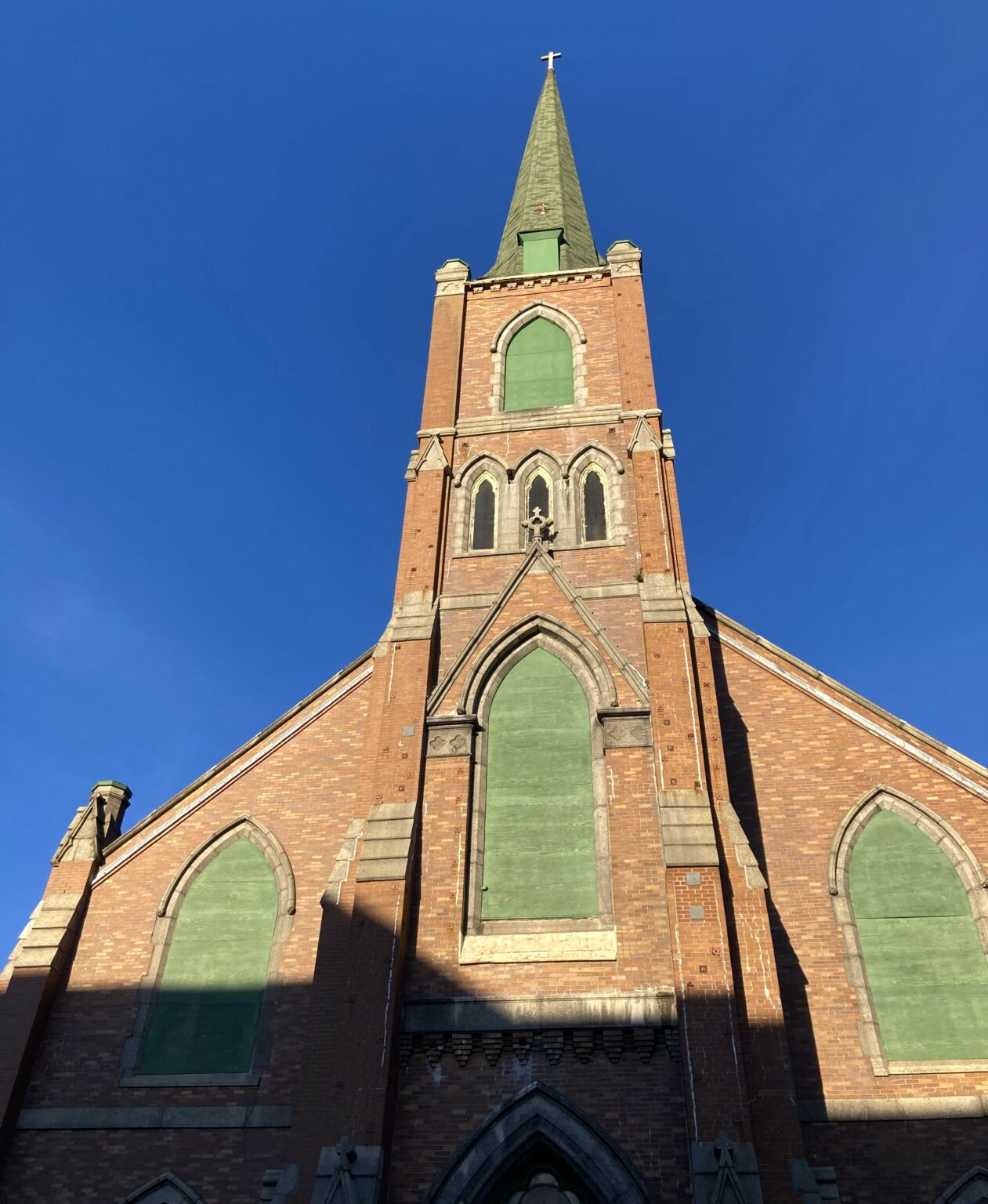 Glancing back along the street, the spire of St. Patrick’s soars above the villas of the 19th-century merchants. Also, that is a great tree and a dreary utility pole. 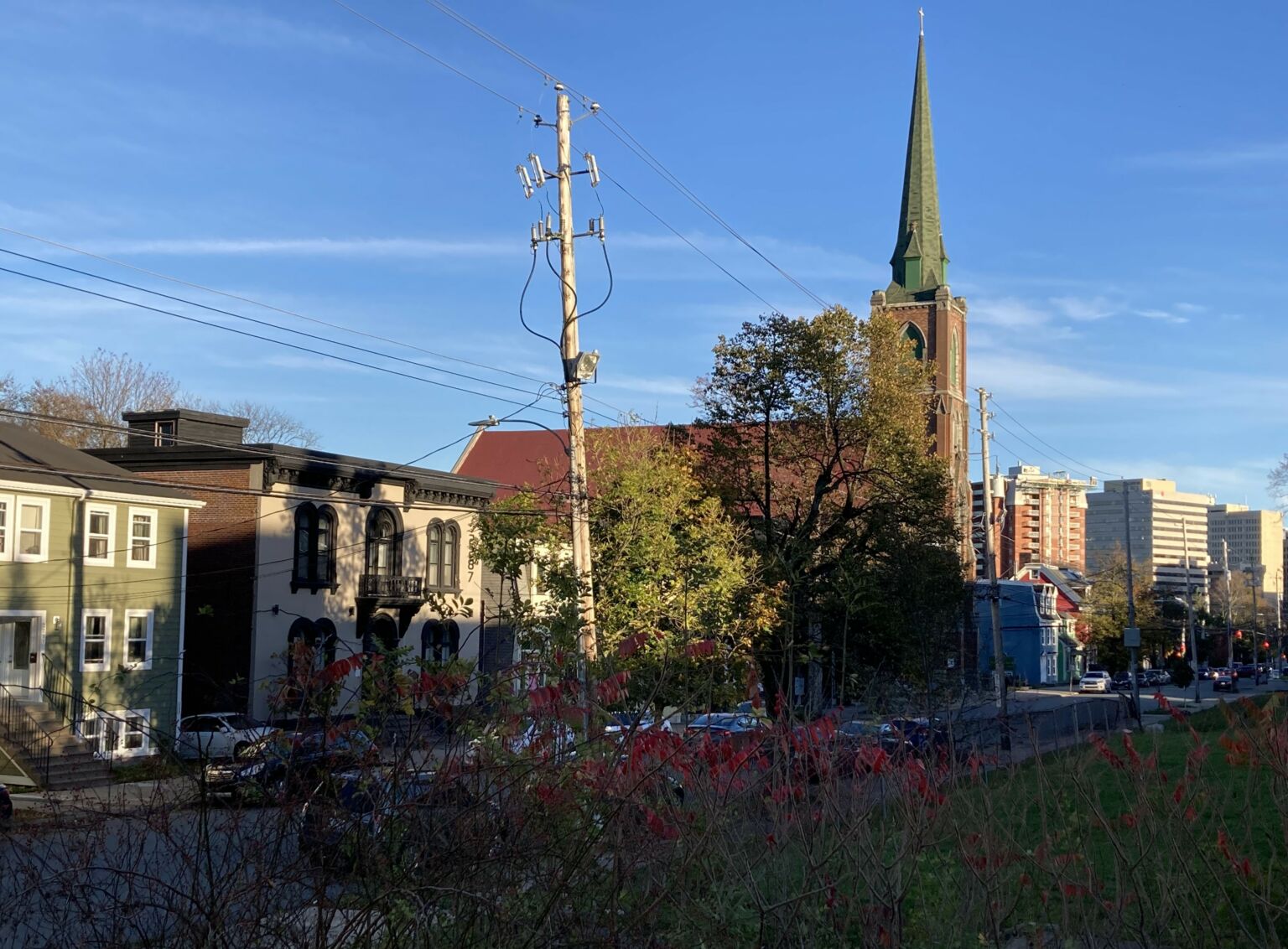 Another destination was the newly re-piled section of stonewall at the Old Dutch Church.  Celebrate this save, too. 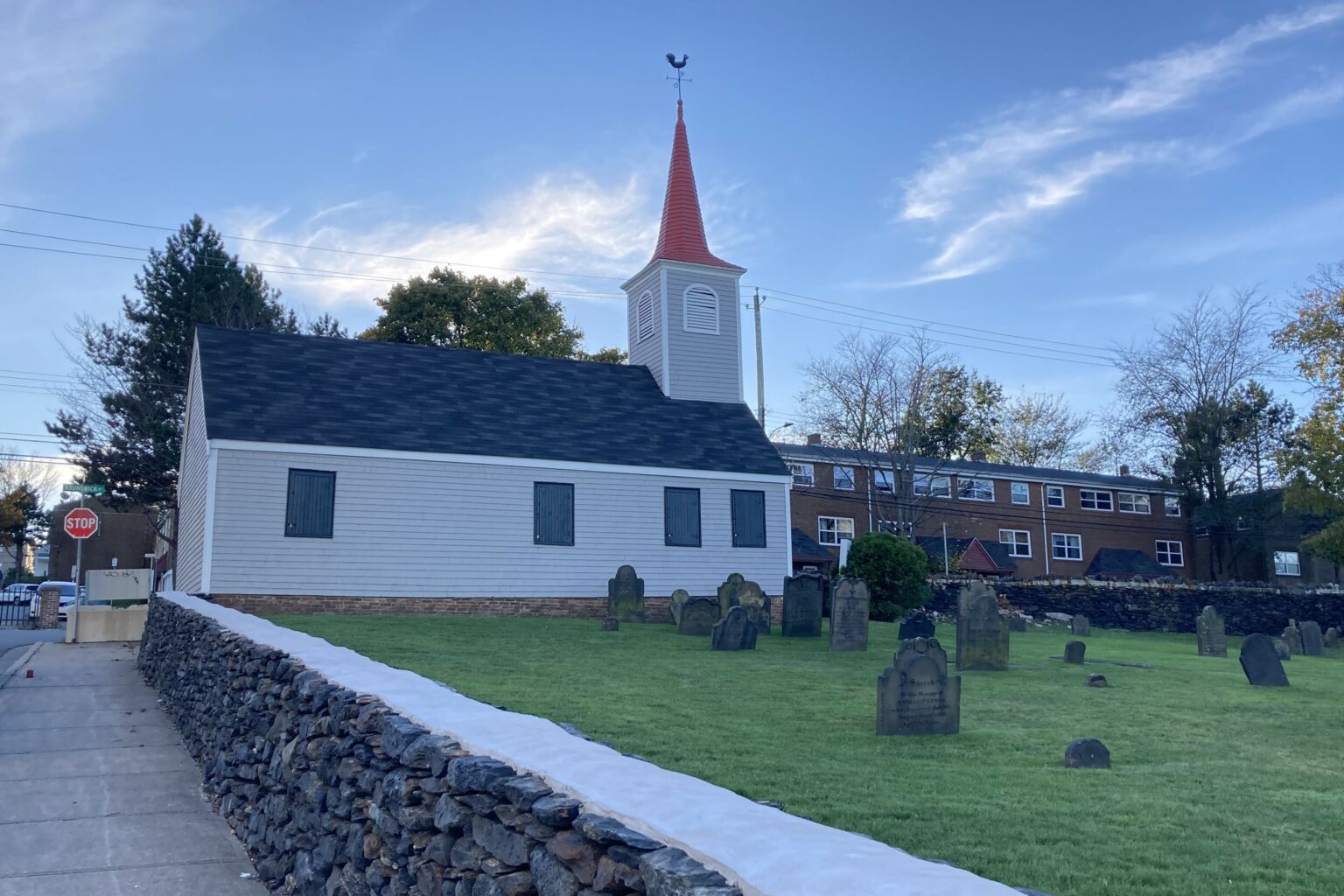 The steeple of the tiny 18th-century church is very red, in case you hadn’t noticed. 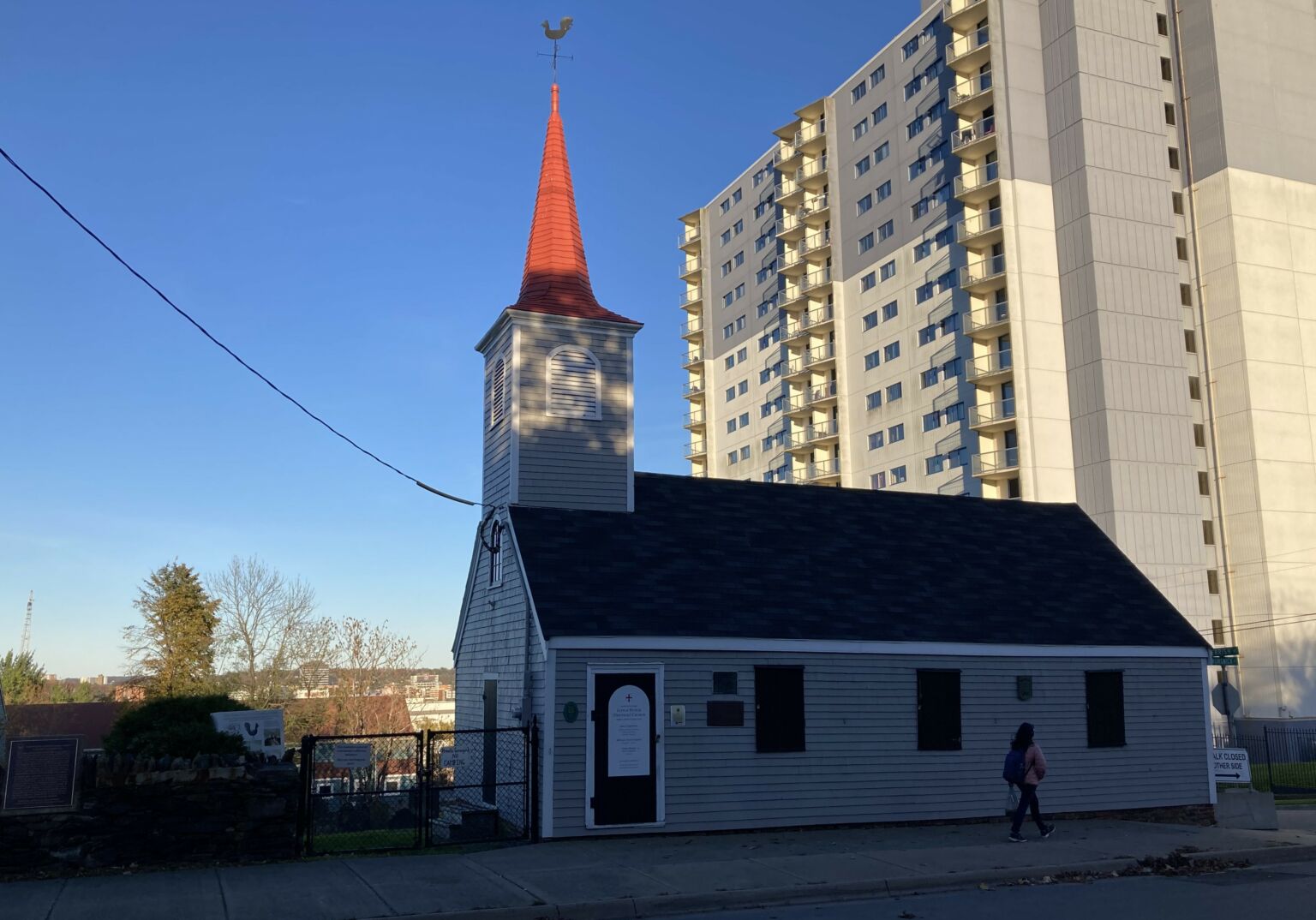 I saw many delightful urban wins, but my ramble also passed two massive fails: our inability to bring new life to the Bloomfield and Saint Patrick’s Schools sites. Instead of promoting new housing on wetlands, the Province should be fostering success here. Remember that once upon a time they fumbled plans for Bloomfield, but that’s another story. 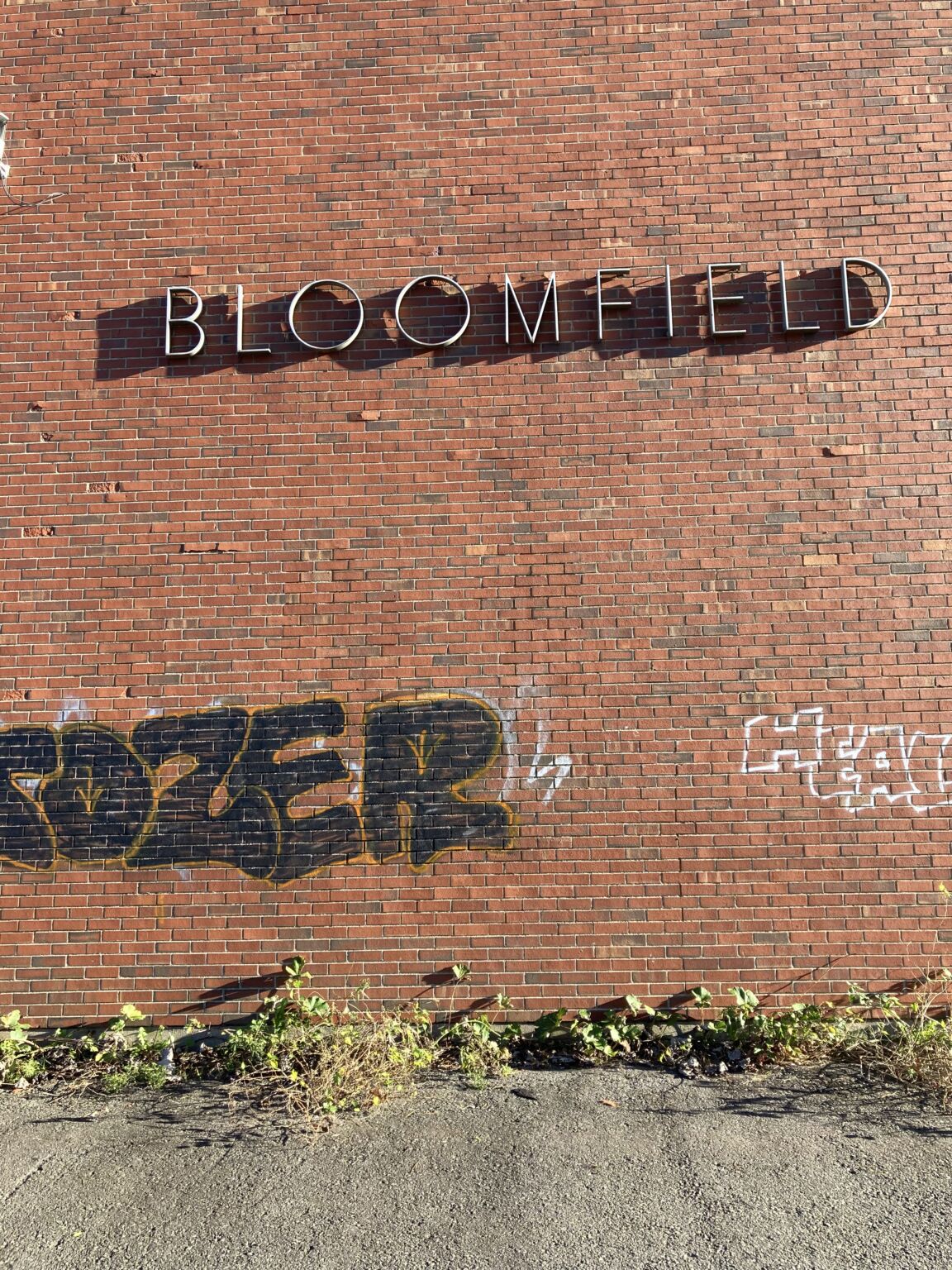 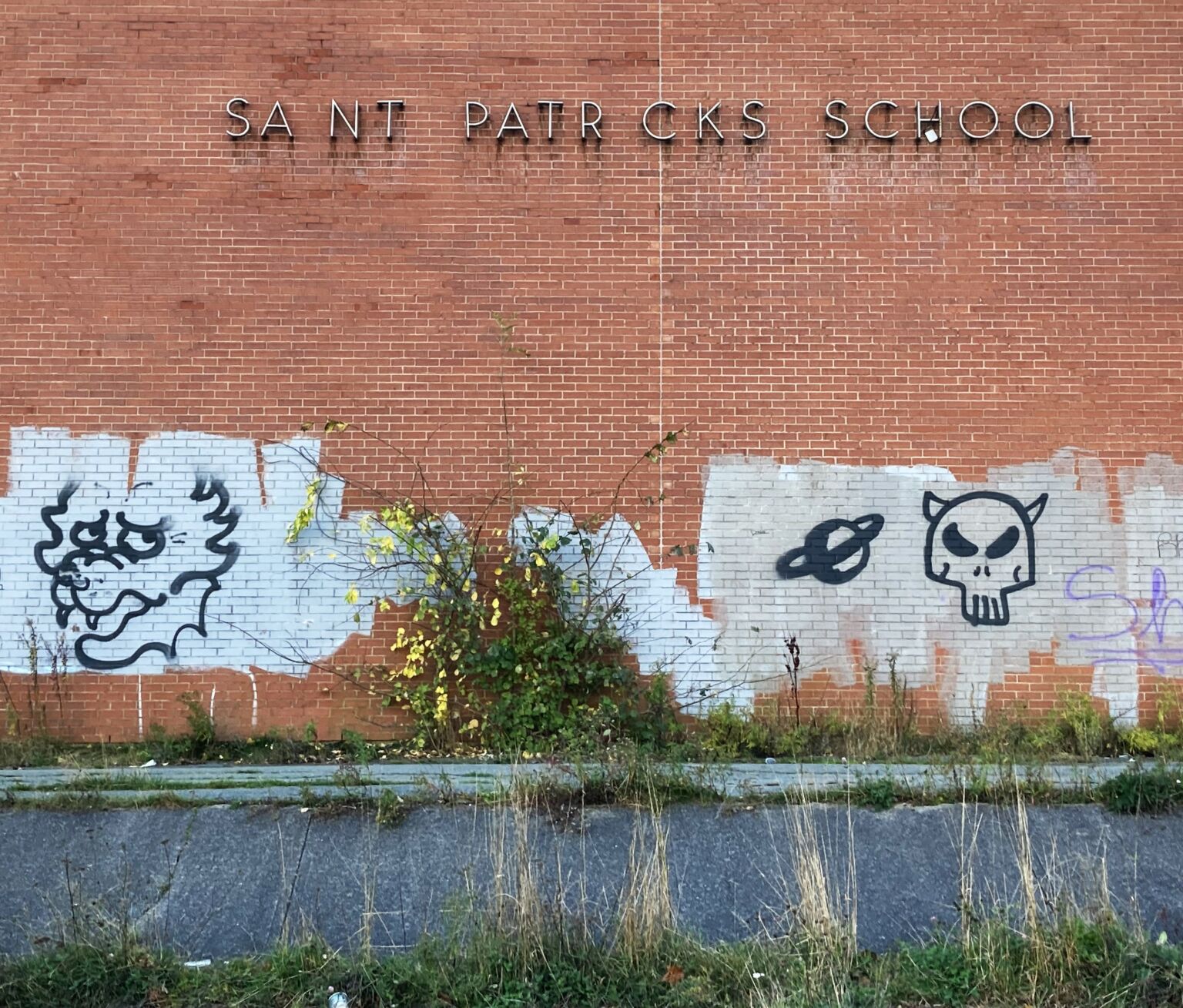 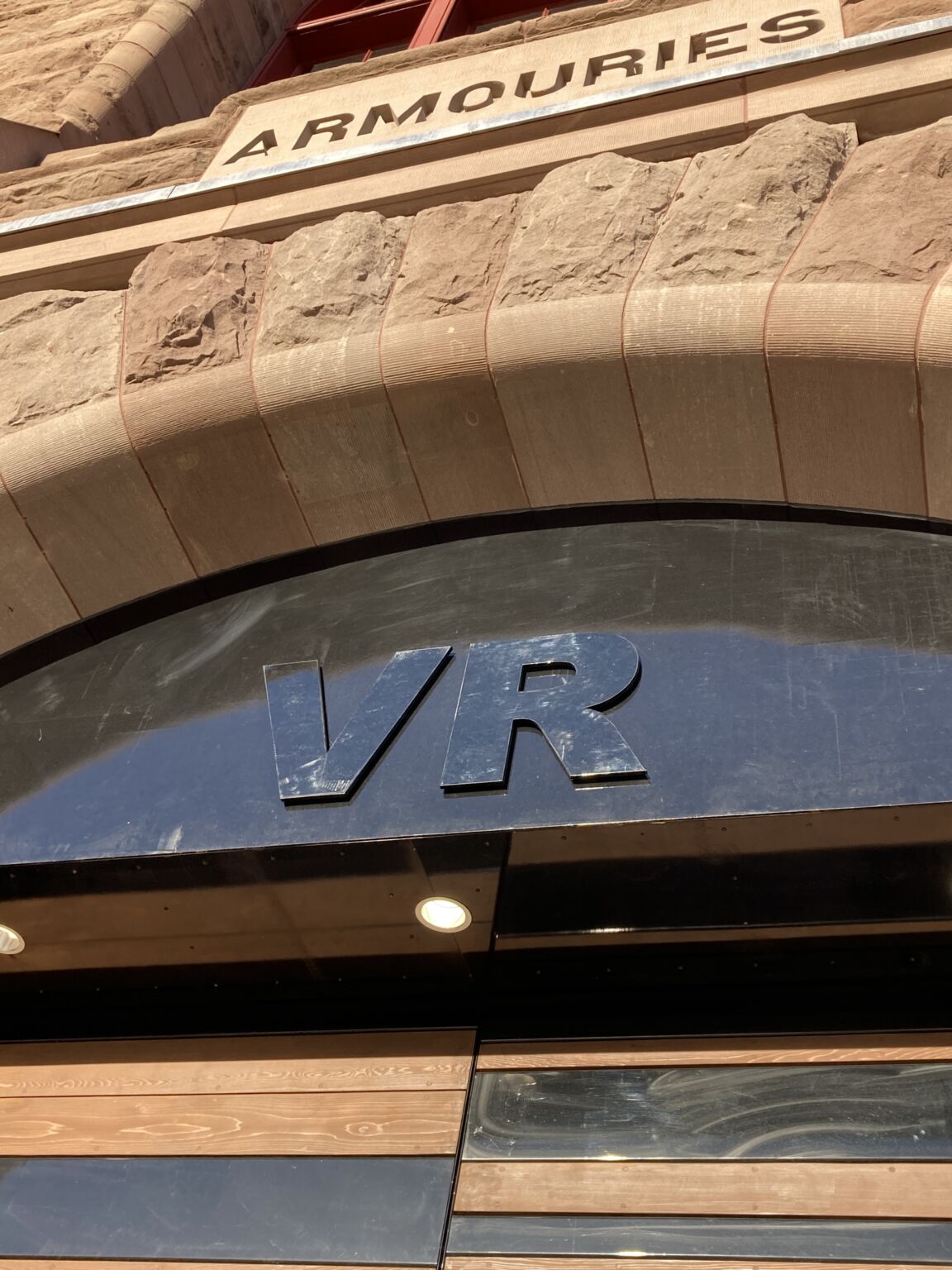 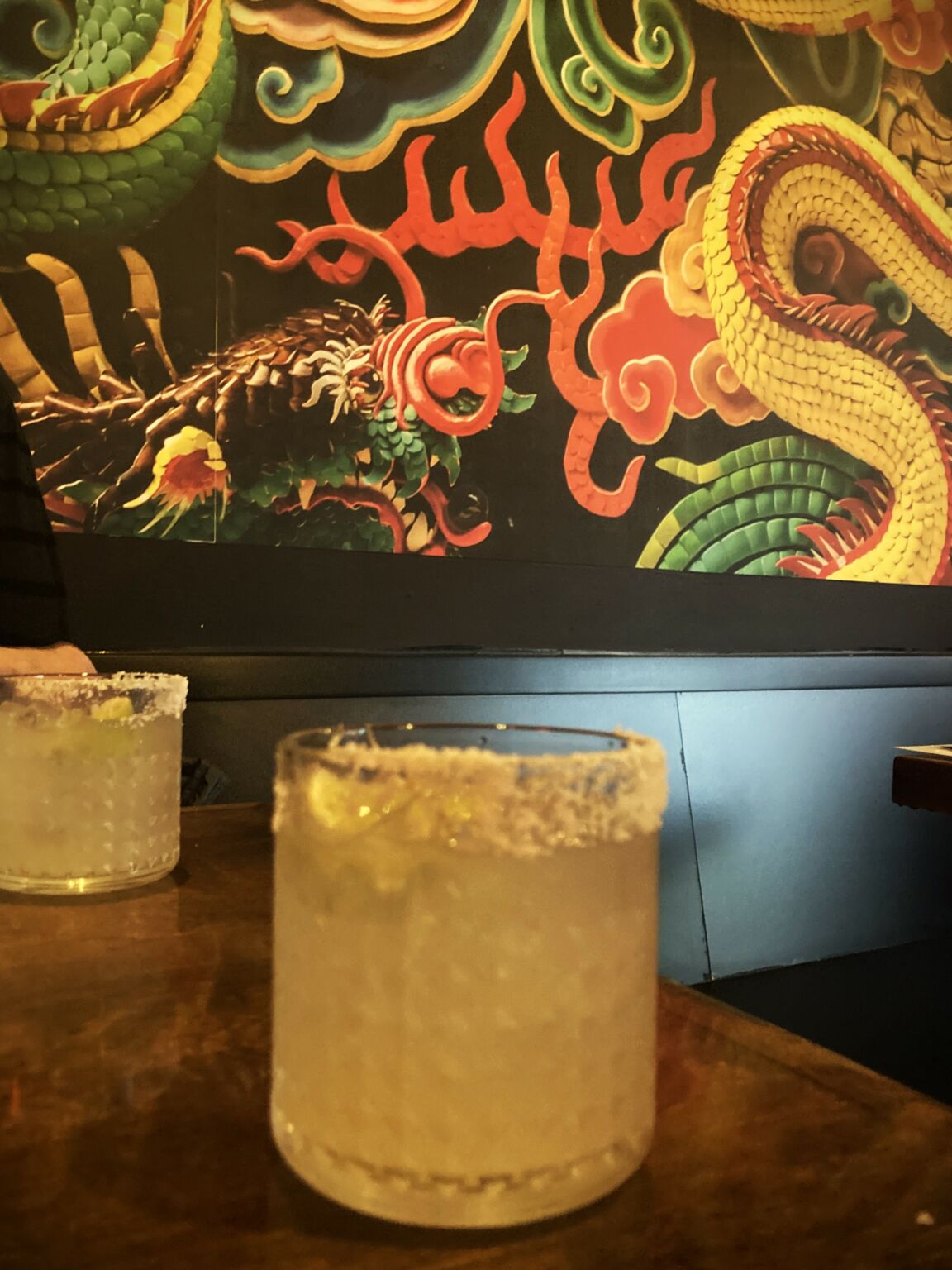