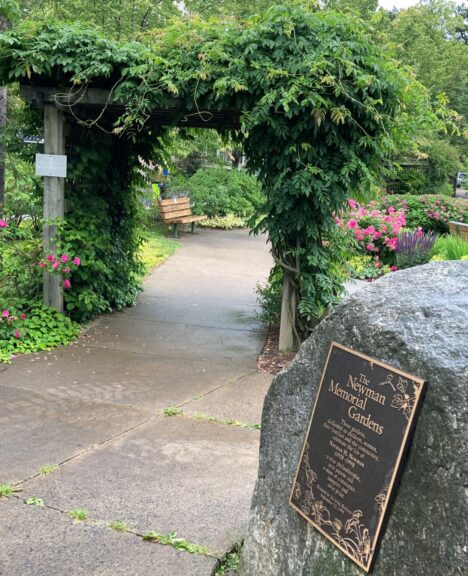 My child-like wonder at the IWK

At the beginning of July my second dose of vaccine was administered at the IWK. The appointment was at 8:10 in the morning , and I made sure to be there plenty early. Turns out that the hospital has a beautiful rose garden I could stroll in and contemplate the future. 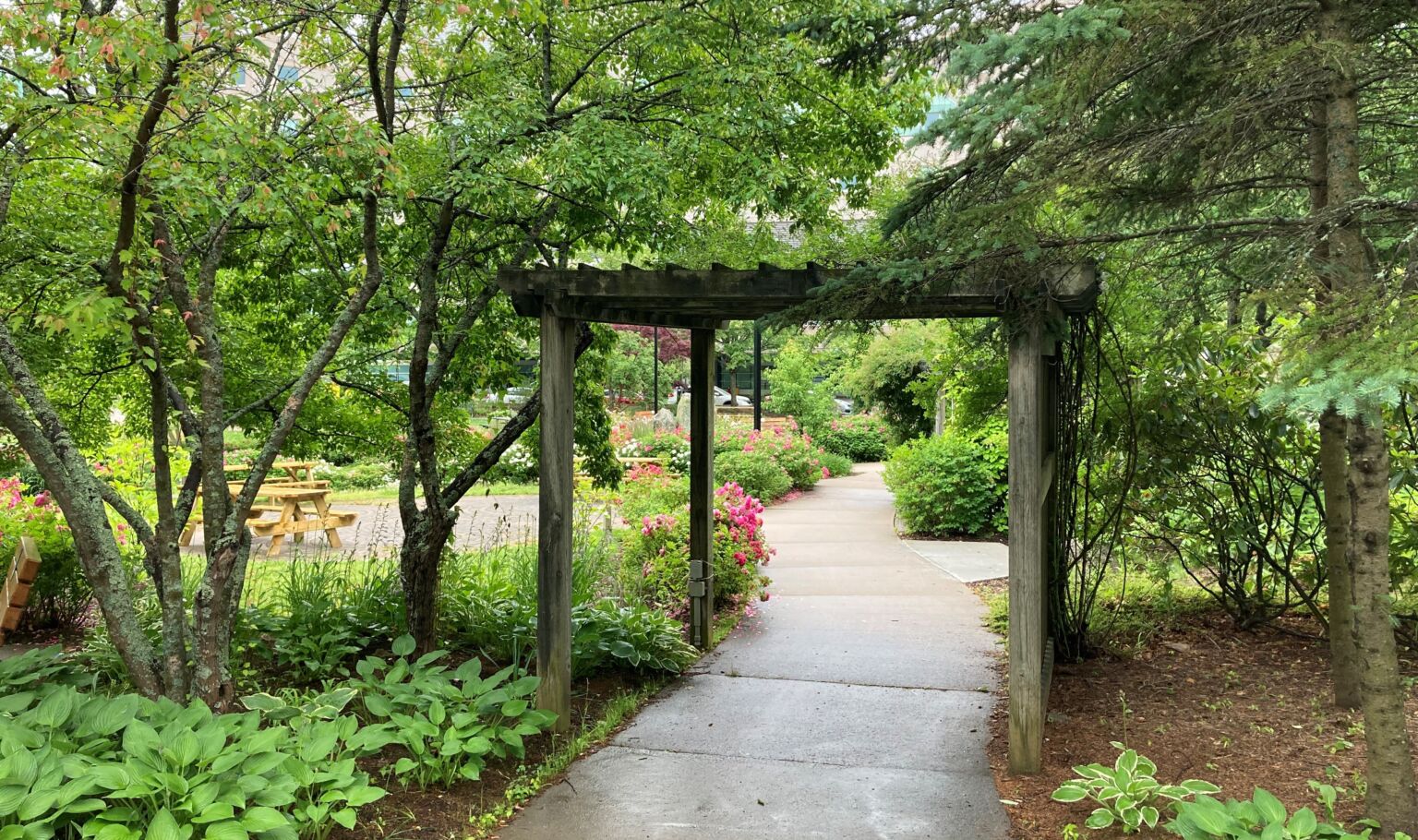 Many of the rose varieties appear to be from the Explorer series developed at the Ottawa Research Station, and they were at peak bloom. 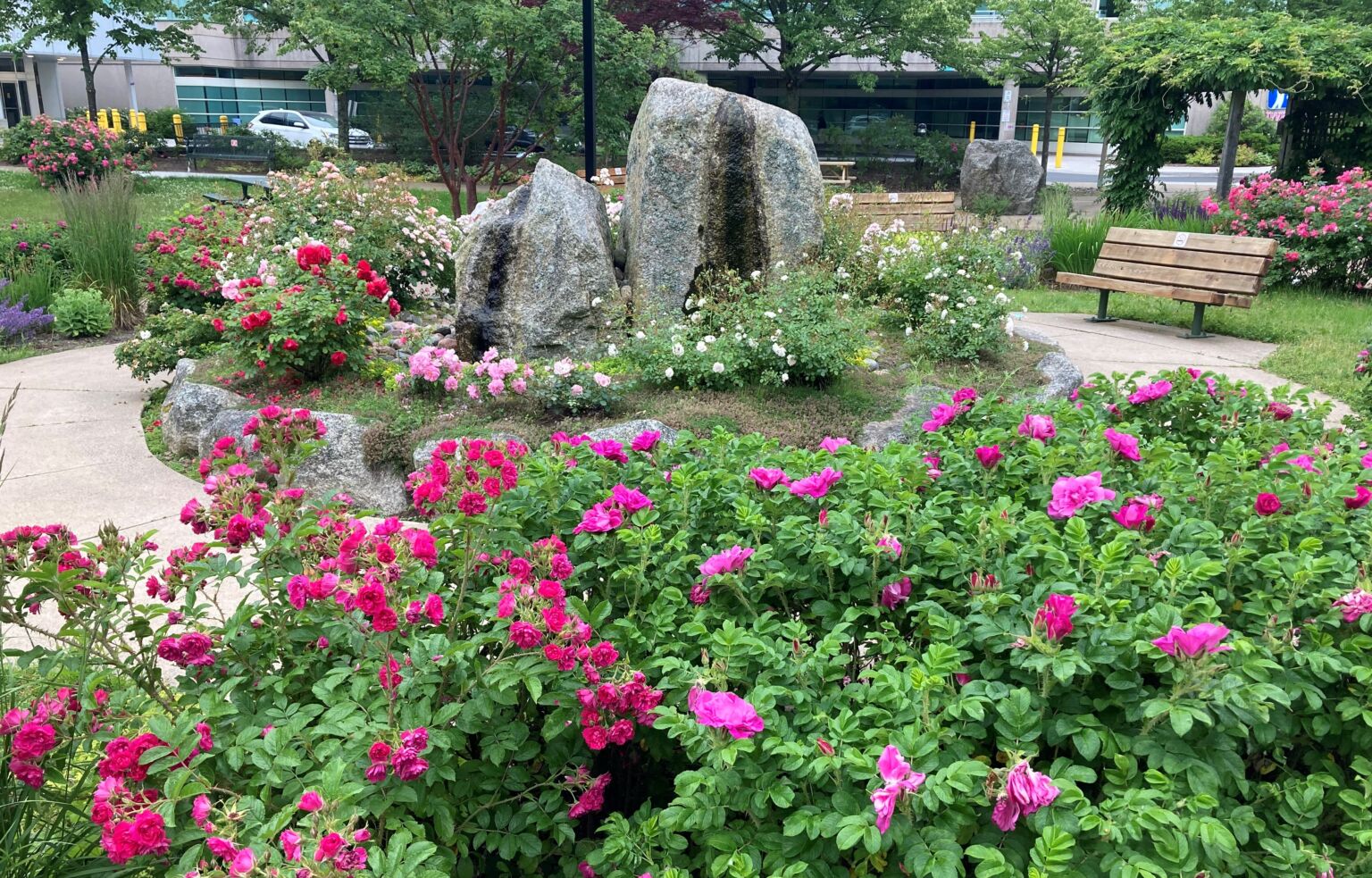 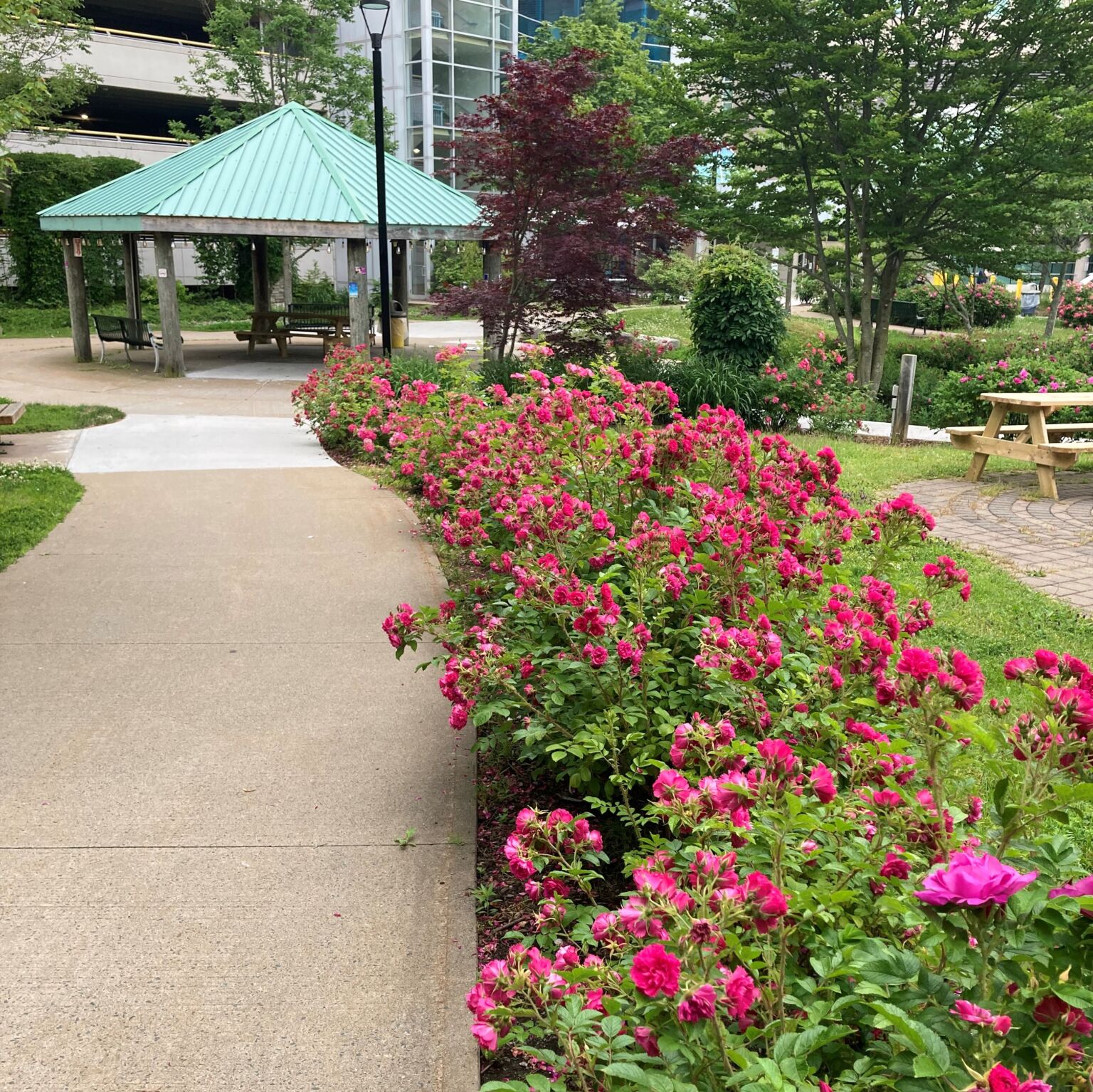 Hopefully it is just a Covid arrangement, but picnic tables placed on the triple spiral labyrinth thwarted a quick contemplative spin. 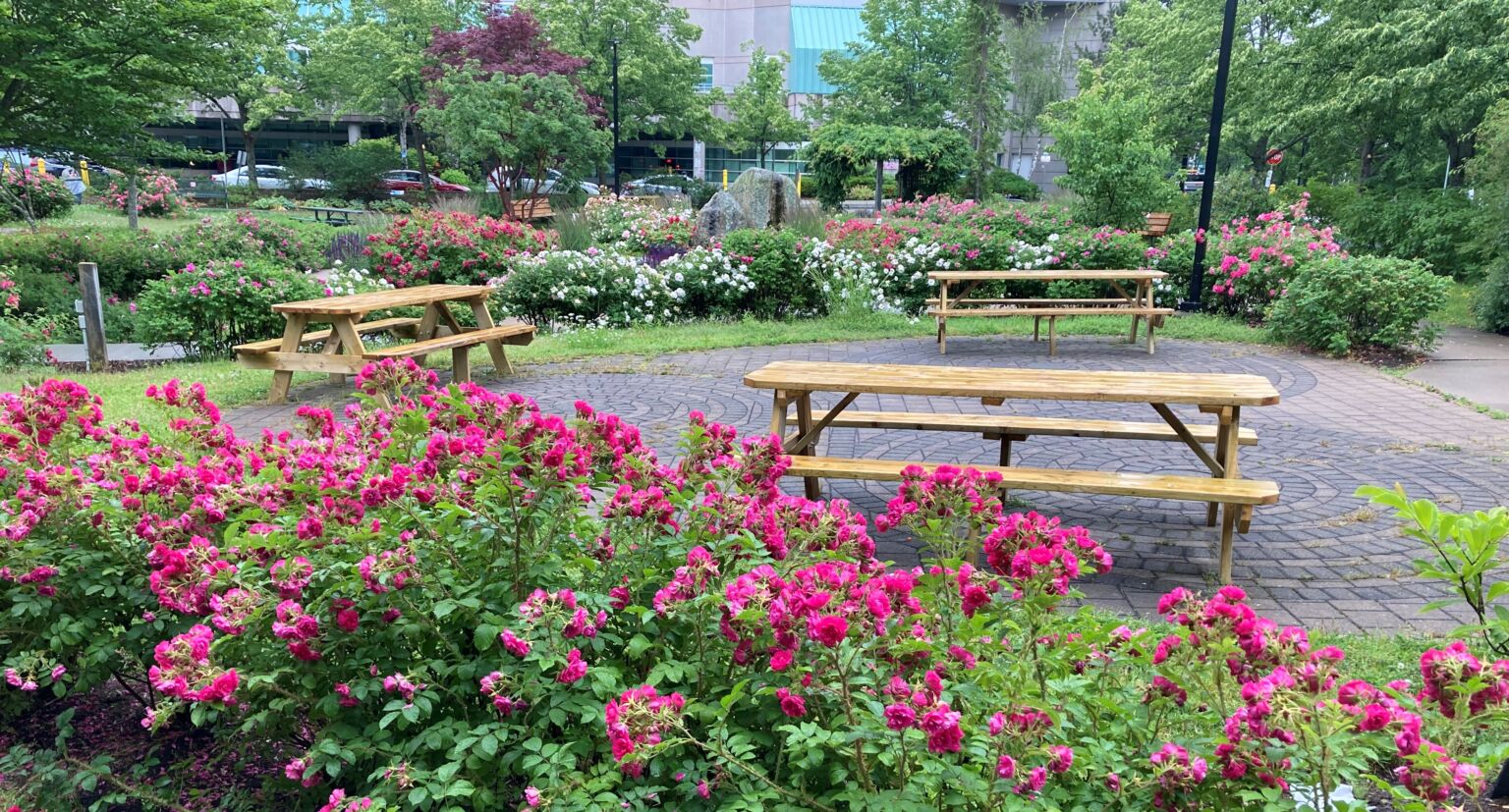 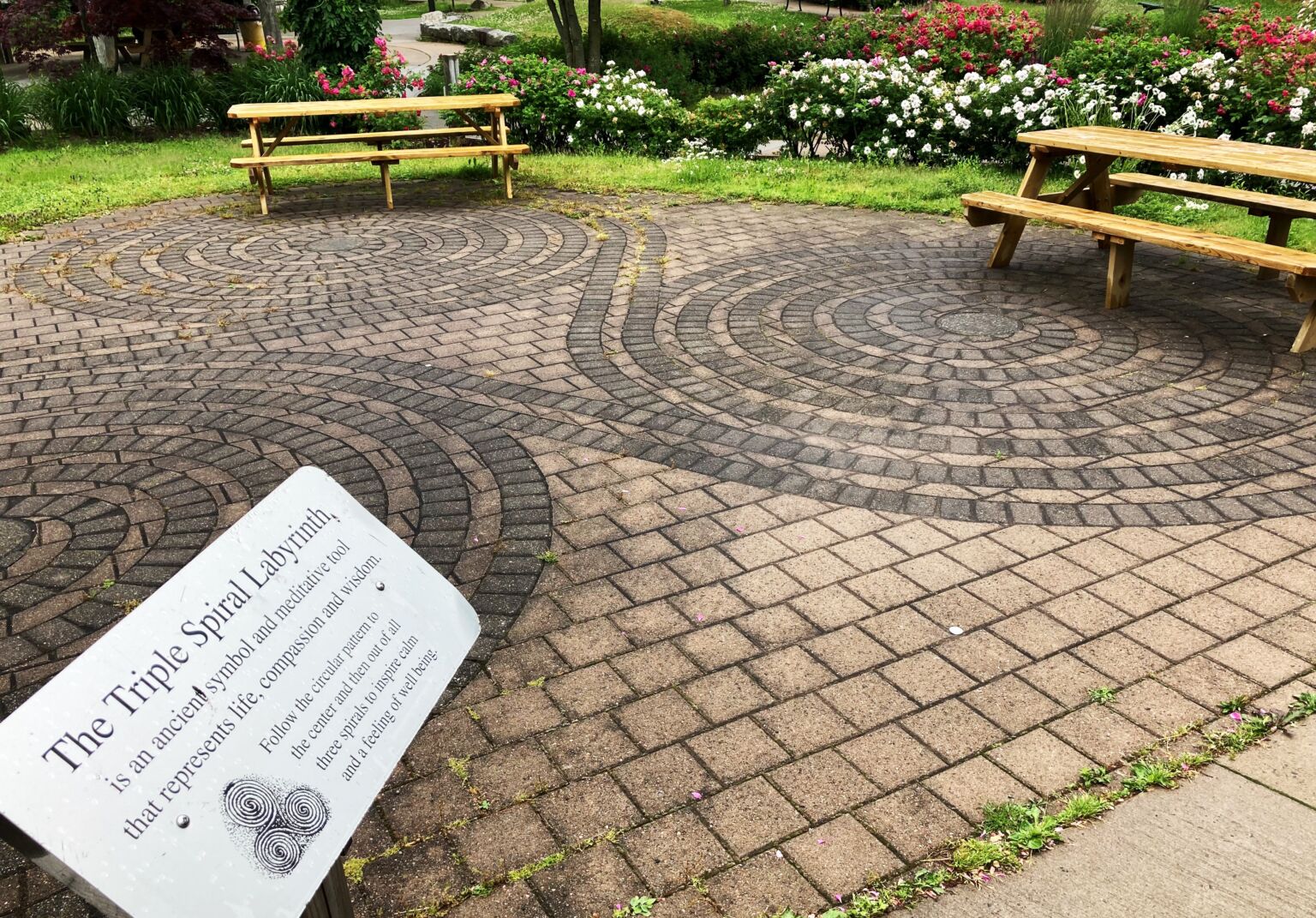 I had a moment of wonder and surprise coming upon this forgotten shed tucked against the IWK.  Talk to the City, they know how to remove these things. 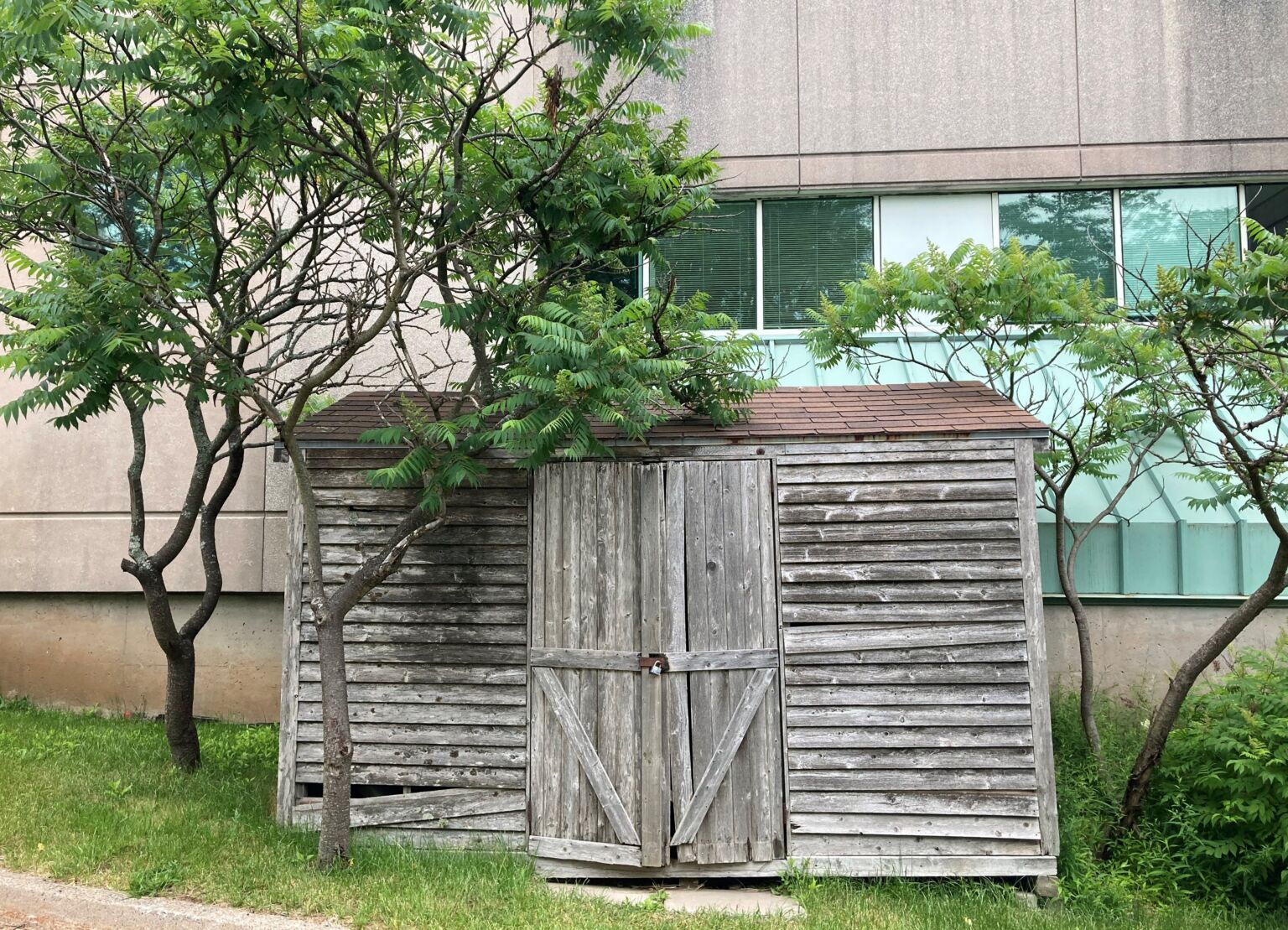 While in the area I decided to walk down Wellington Street to see the Gorsebrook Park condo building that recently received an Urban Design Award. The dark brick and ordered façade is much more to my taste than the restless, multi-material buildings that have been popular with many developers. 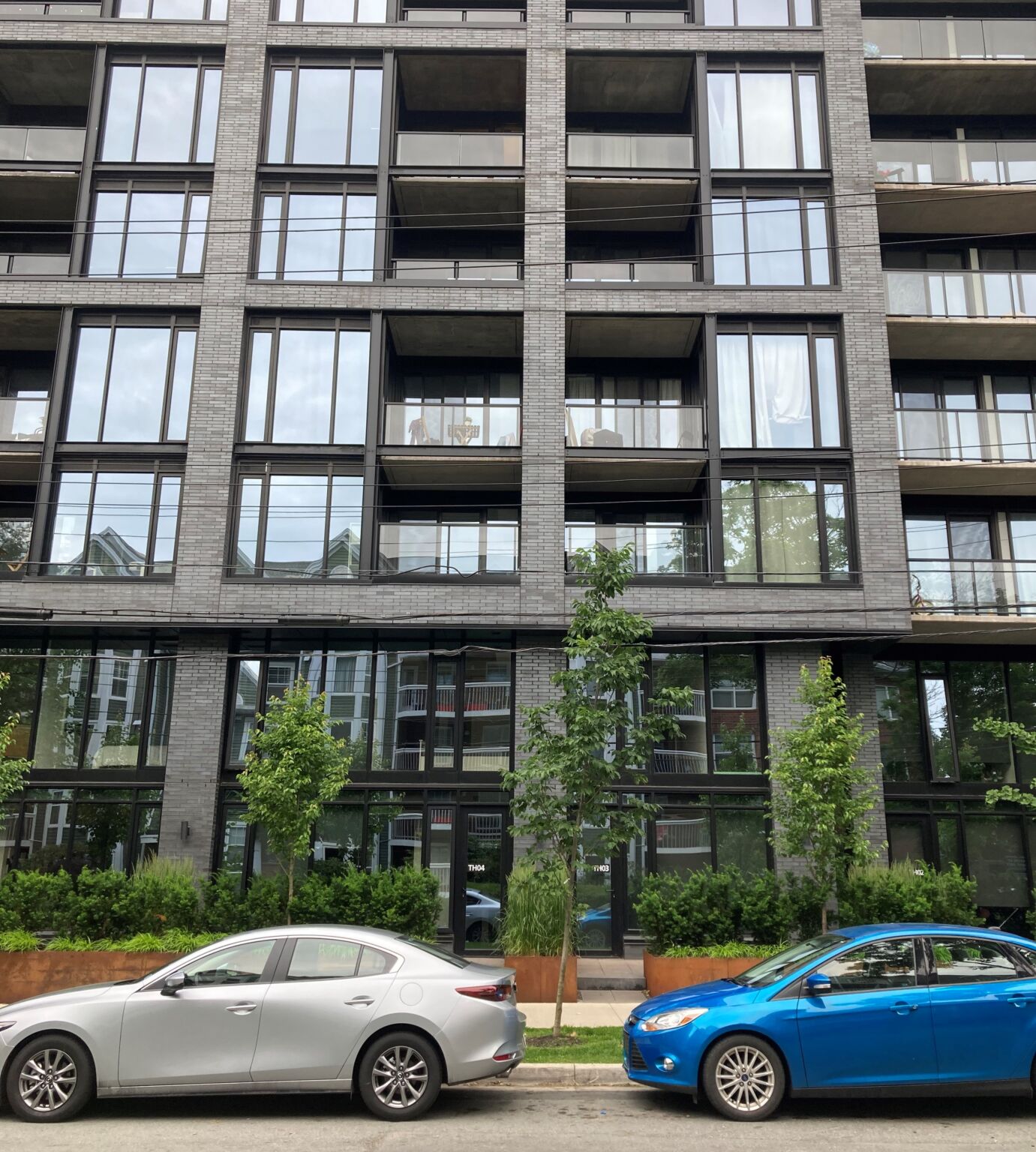 The truly amazing discovery of the morning, just up the street from the condos, was a crater filled with green water. Looks bottomless, don’t you think?

Imagine all the water adventures and performances that could animate this new resource before it gets replaced with a damp parking grotto. 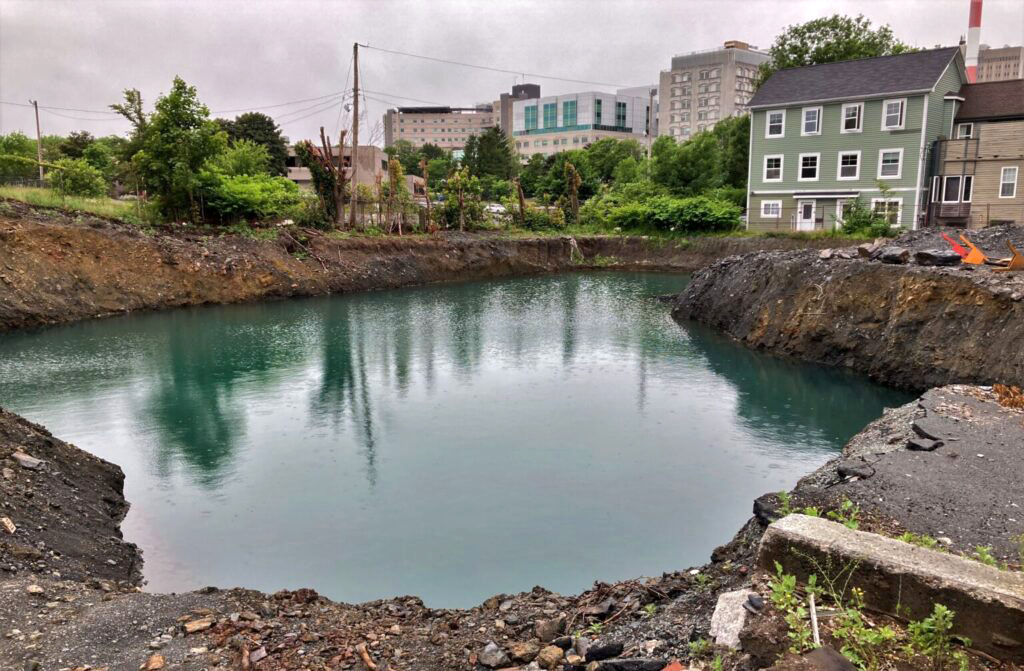 And this is why I sojourn here, Alone and palely loitering, Though the sedge is withered from the lake, And no birds sing.

A red arrow marks the approximate location of this crater on the wonderfully useful 1878 Hopkins’ Atlas of Halifax. Notice that a stream from the Poor House Pond flows just above our water-filled pit. I wonder if there could be a connection? 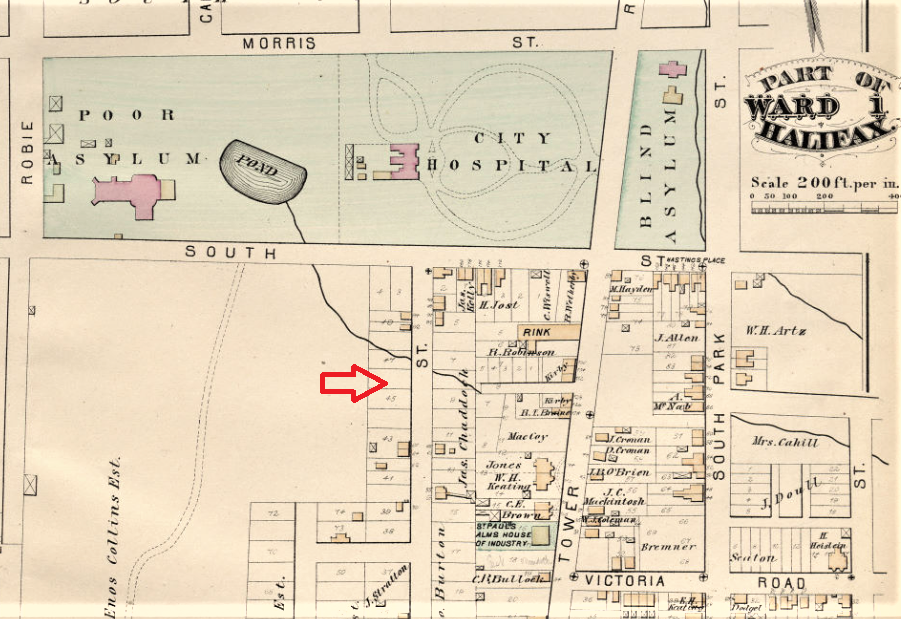 There is a magnificent c1890 photo of the Pogey, another name for the Poor House Pond, showing it lined with young trees. Of course that water would want to drain downhill to the harbour in the distance. 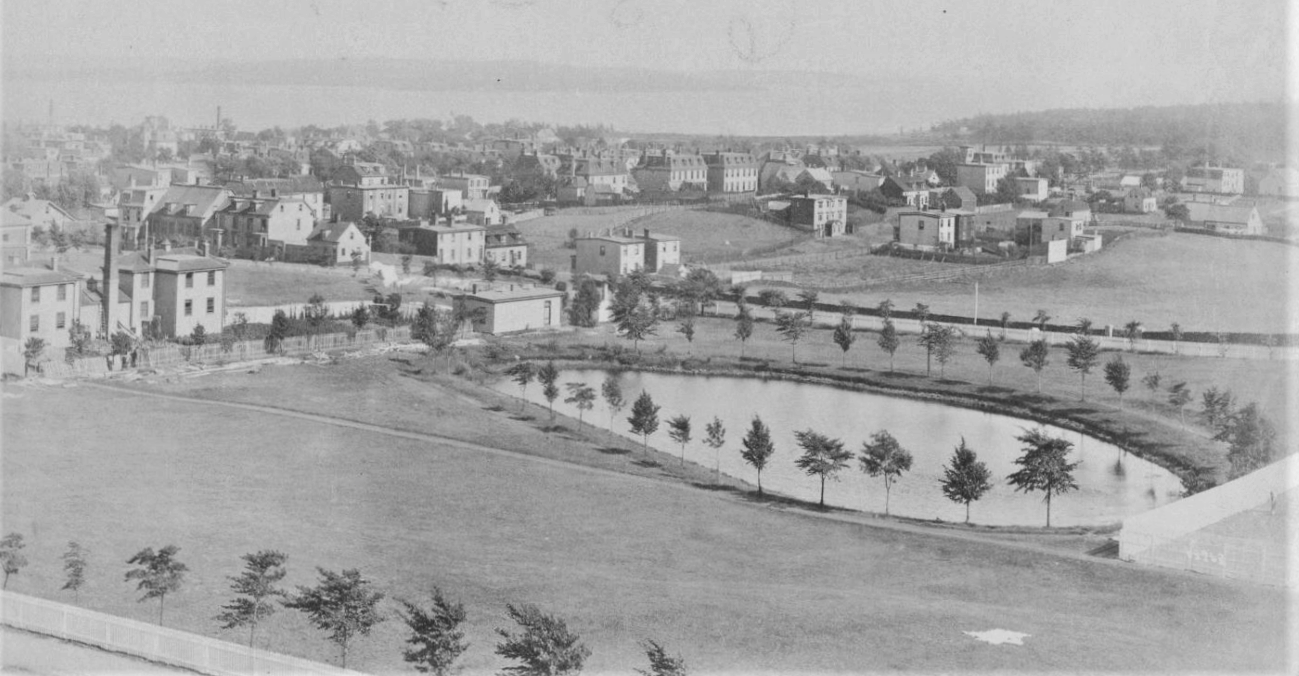 Notman Studio, Nova Scotia Archives 1983-310 number 63768 /N-1370 This photo would have been taken from the tower of the Forrest Building (1887), the first building on the Dalhousie University campus.

Beside the new pond, let’s call it the “Pogey’s Revenge”, are the remains of a set of granite steps. They are unusual; I can only recall one other old wooden house in Halifax with a set of granite front steps. 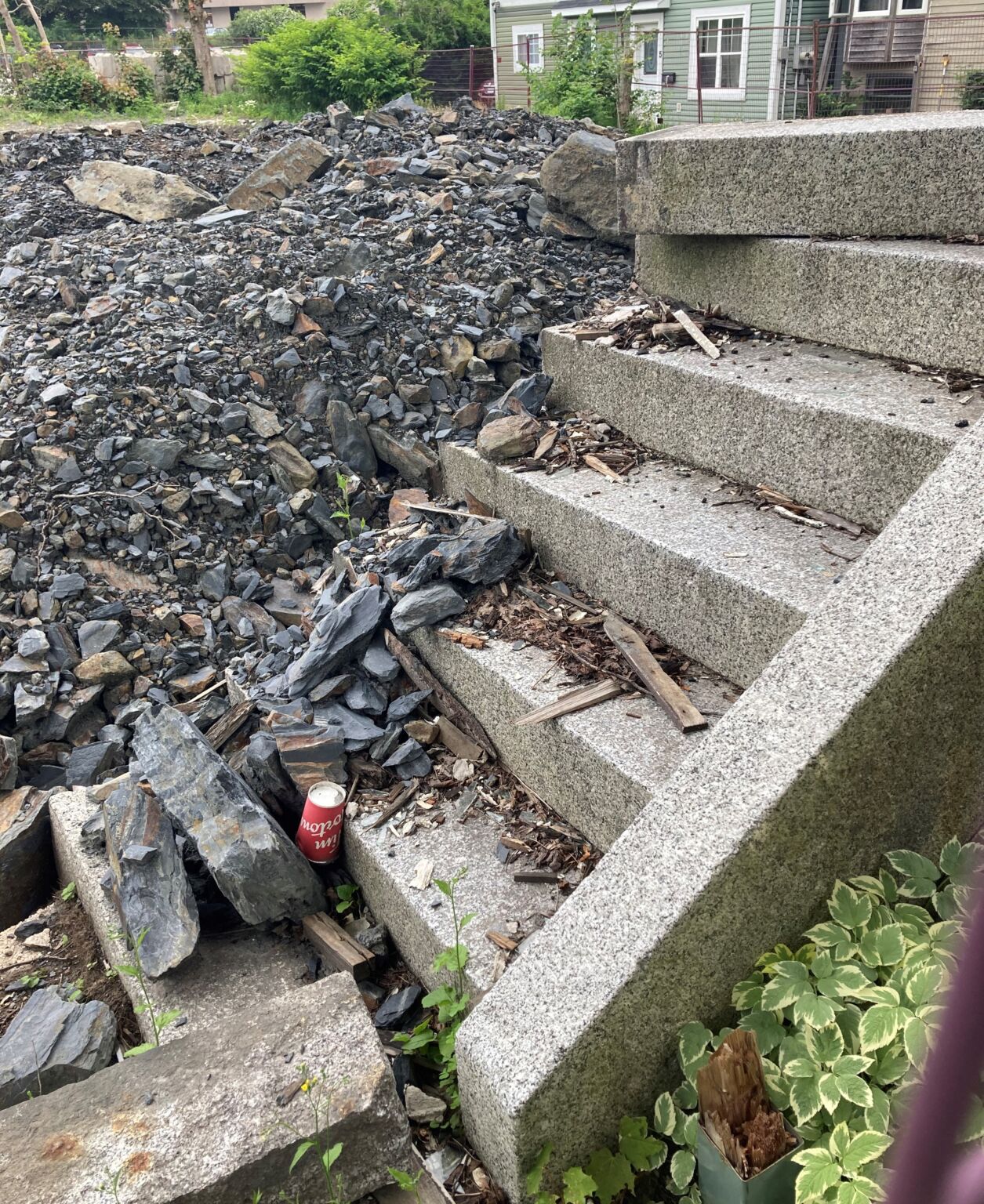 Notice the gout weed. It is about as hard to eliminate from the landscape as Tim Horton cups.

Google Streetview showed the steps and the house they were attached to, before demolition. The granite was well concealed behind the modern railing. 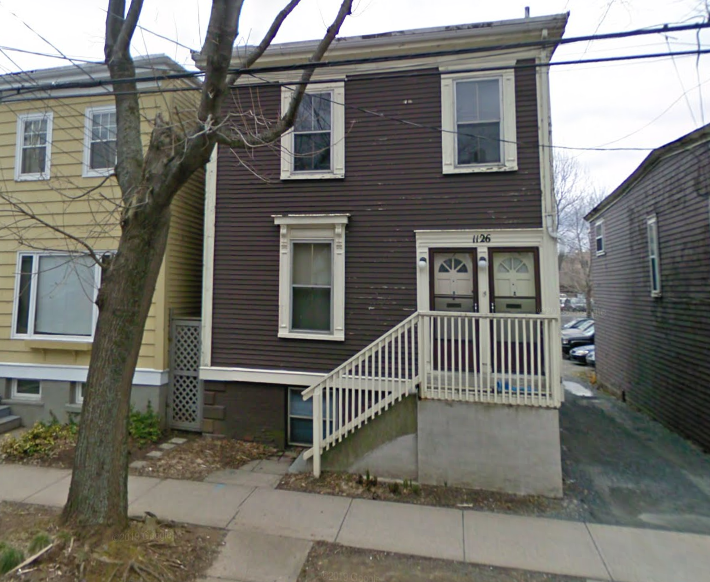 Also on Wellington Street were other houses perhaps awaiting “development.” Their deferred maintenance means we can still observe details, like the multi-paned windows and tasteful pilasters on this sun porch, that might have been removed if the residence was more actively maintained. 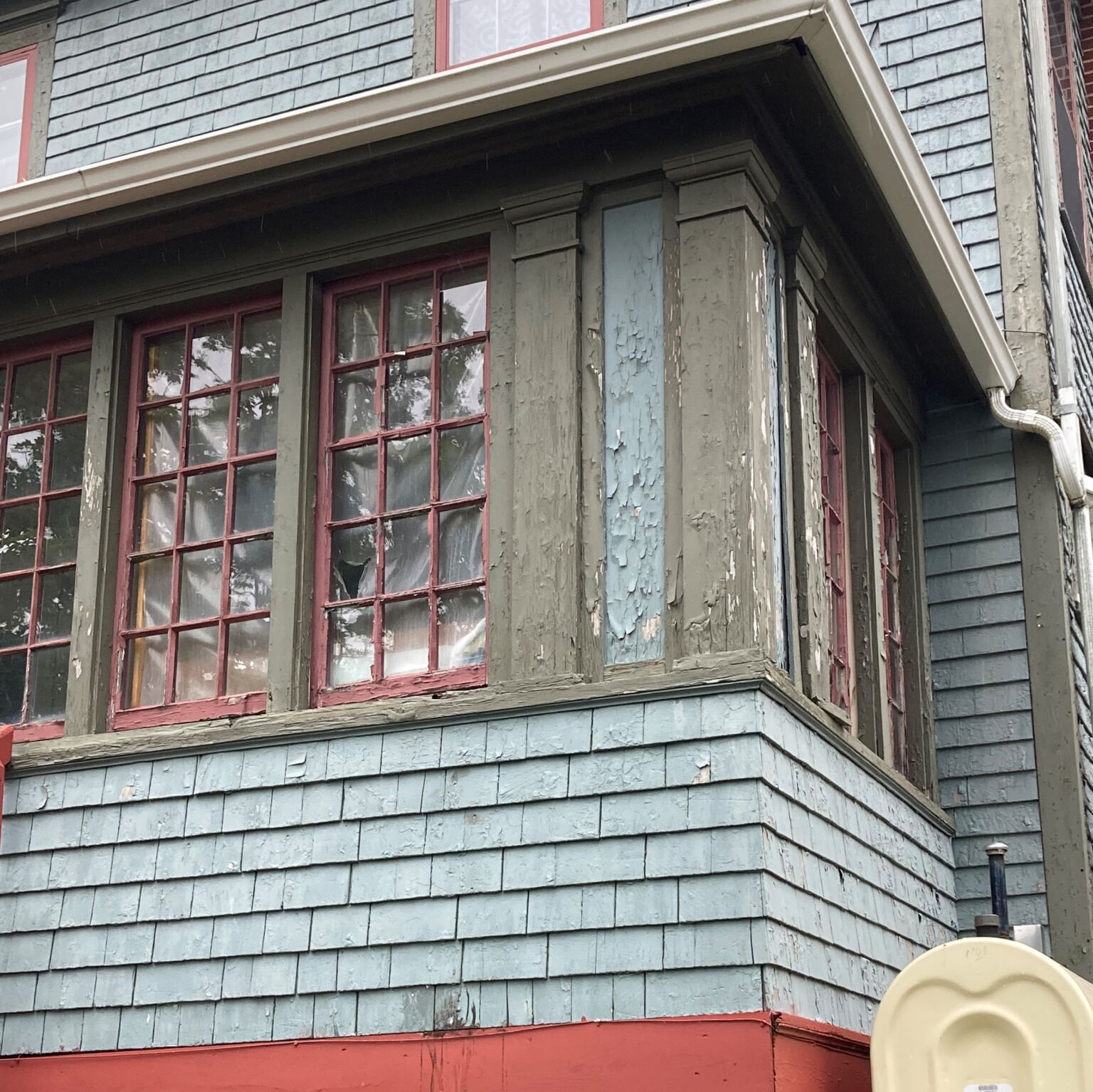 I find old asphalt siding in brick patterns charming, but don’t expect to see it in the South End, it’s more of a rural look. Here it is used on the side of a classic Halifax-style house on Victoria Road. The jumble of wires and cable boxes shows how little we care about what our surrounds look like. 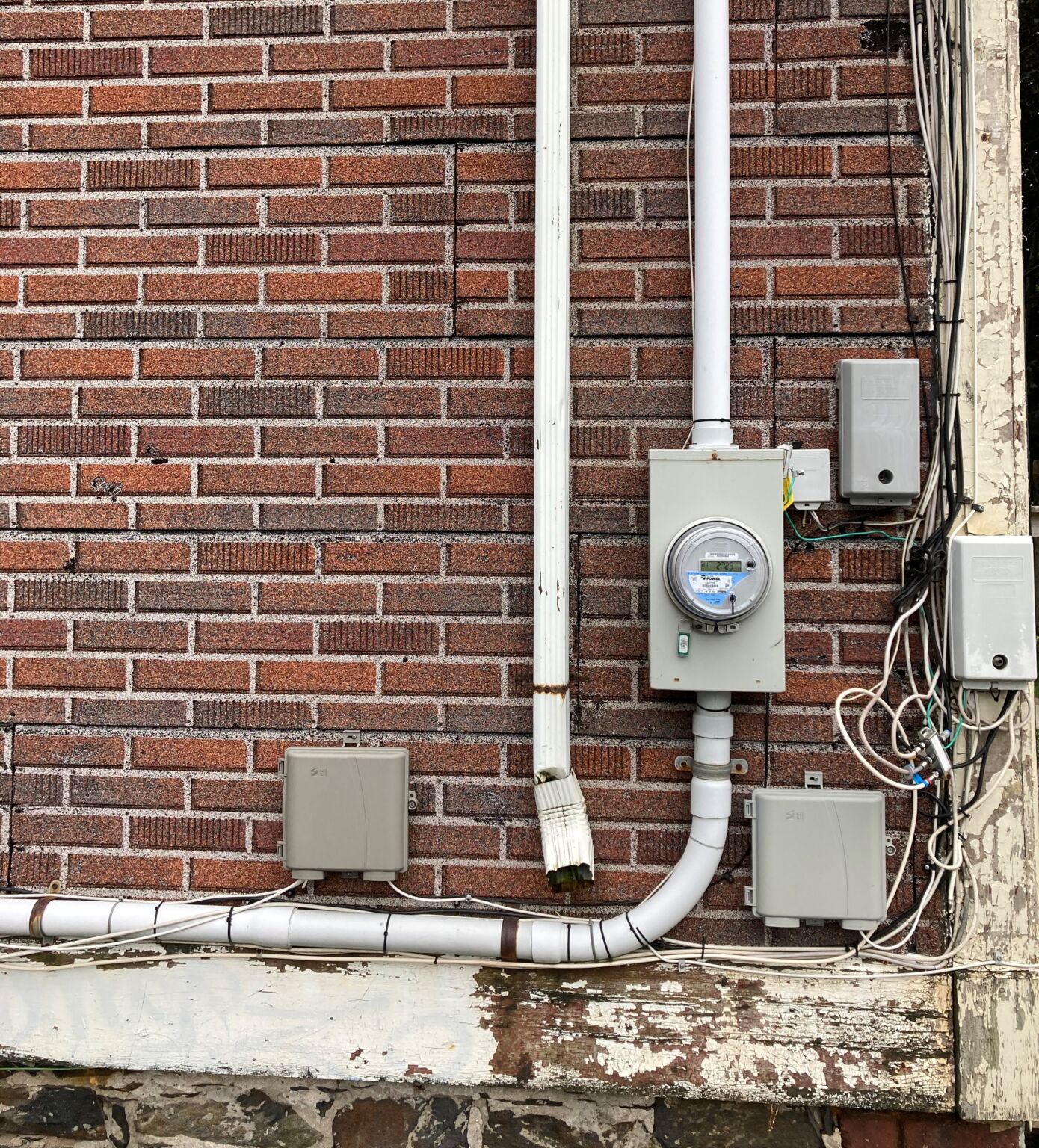 On Tower Terrace a marriage between old and new made me pause. I’m pretty sure this arrangement could have been delightful, but dreary was good enough. 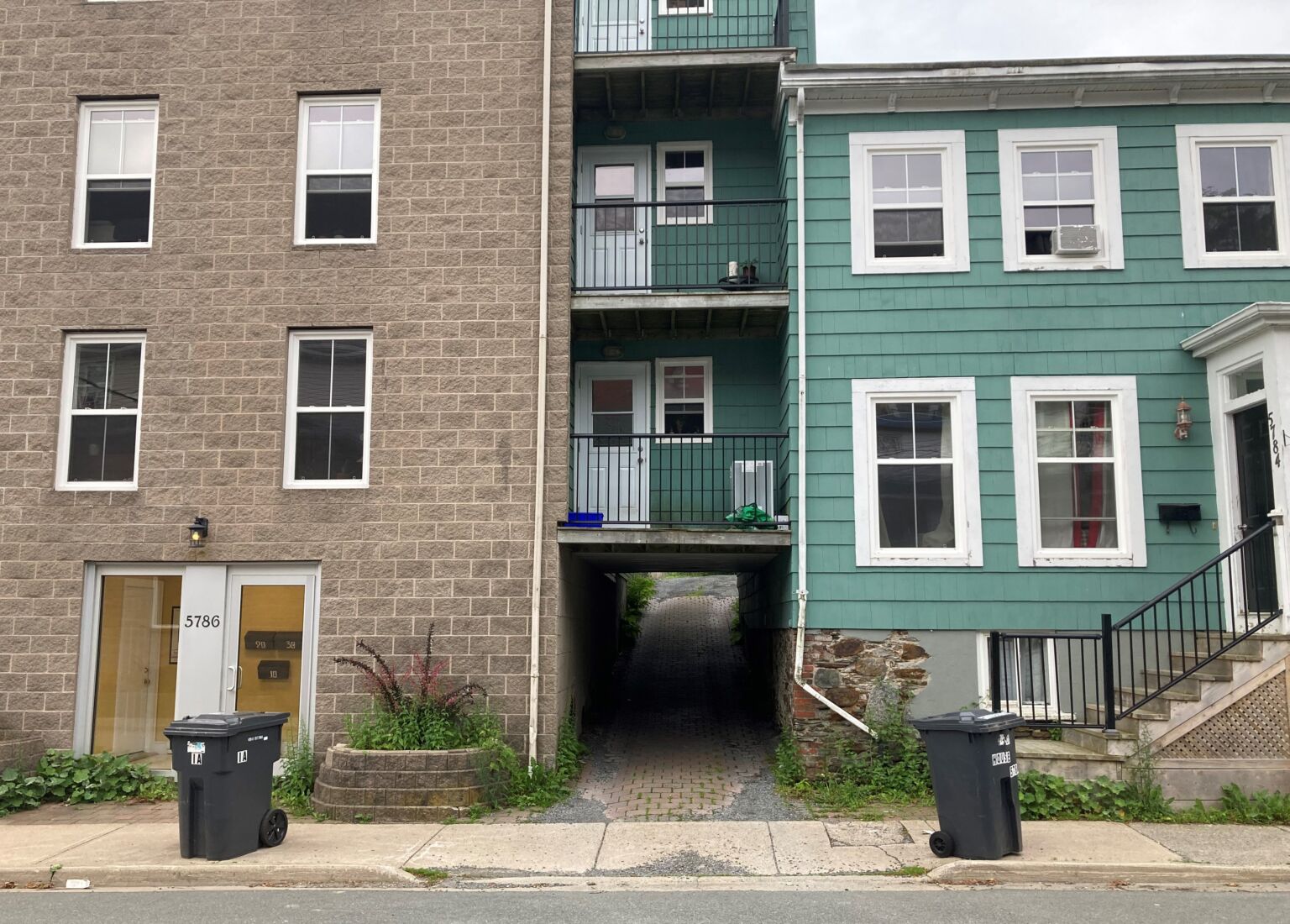 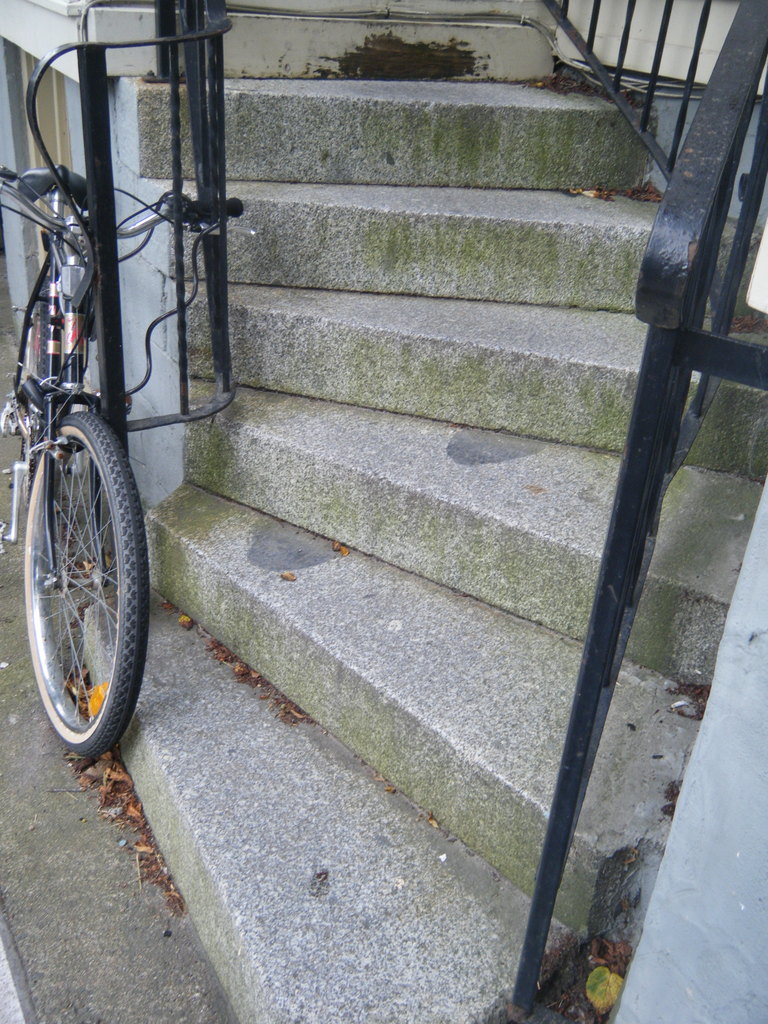 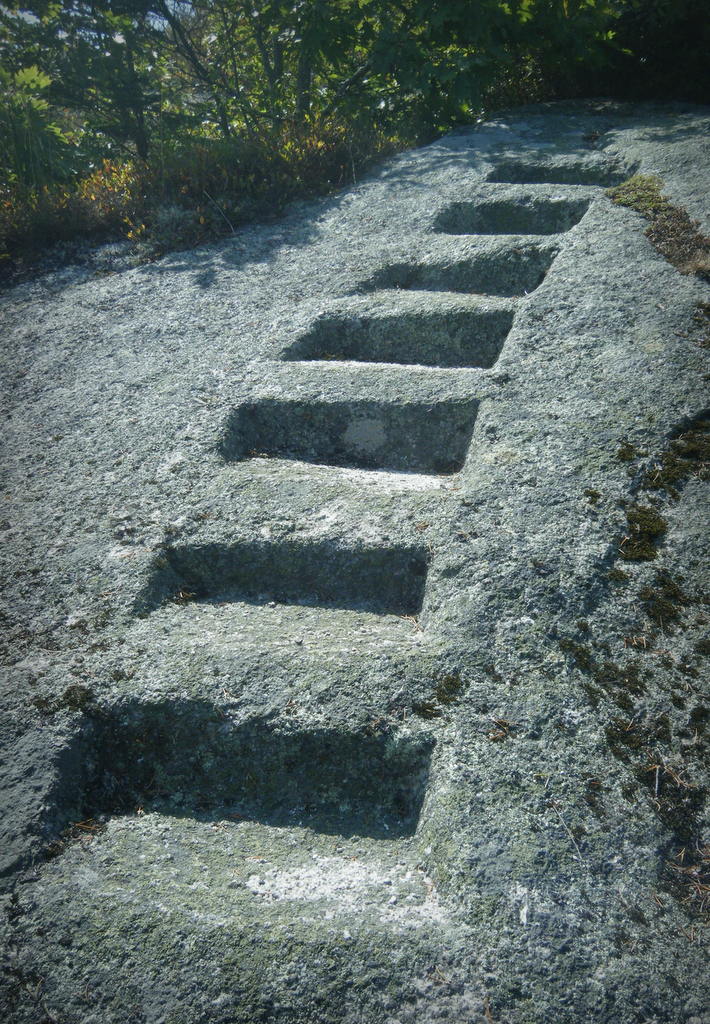