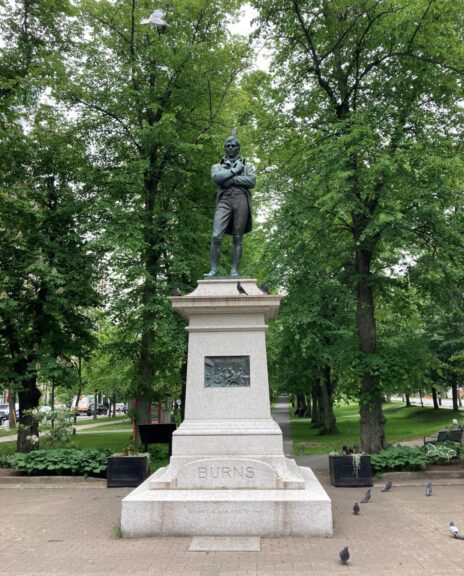 The other day I spent a few minutes on the Robbie Burns plaza at the Spring Garden Road end of Victoria Park. We are now super sensitive to statues and recognize that tributes to 18th-century Scottish poets don’t just appear on their own.  At that moment I didn’t care to conjure up why in 1919 this memorial seemed like a good idea. But, while I stood there a white pigeon landed to poop on his head, if that means anything. 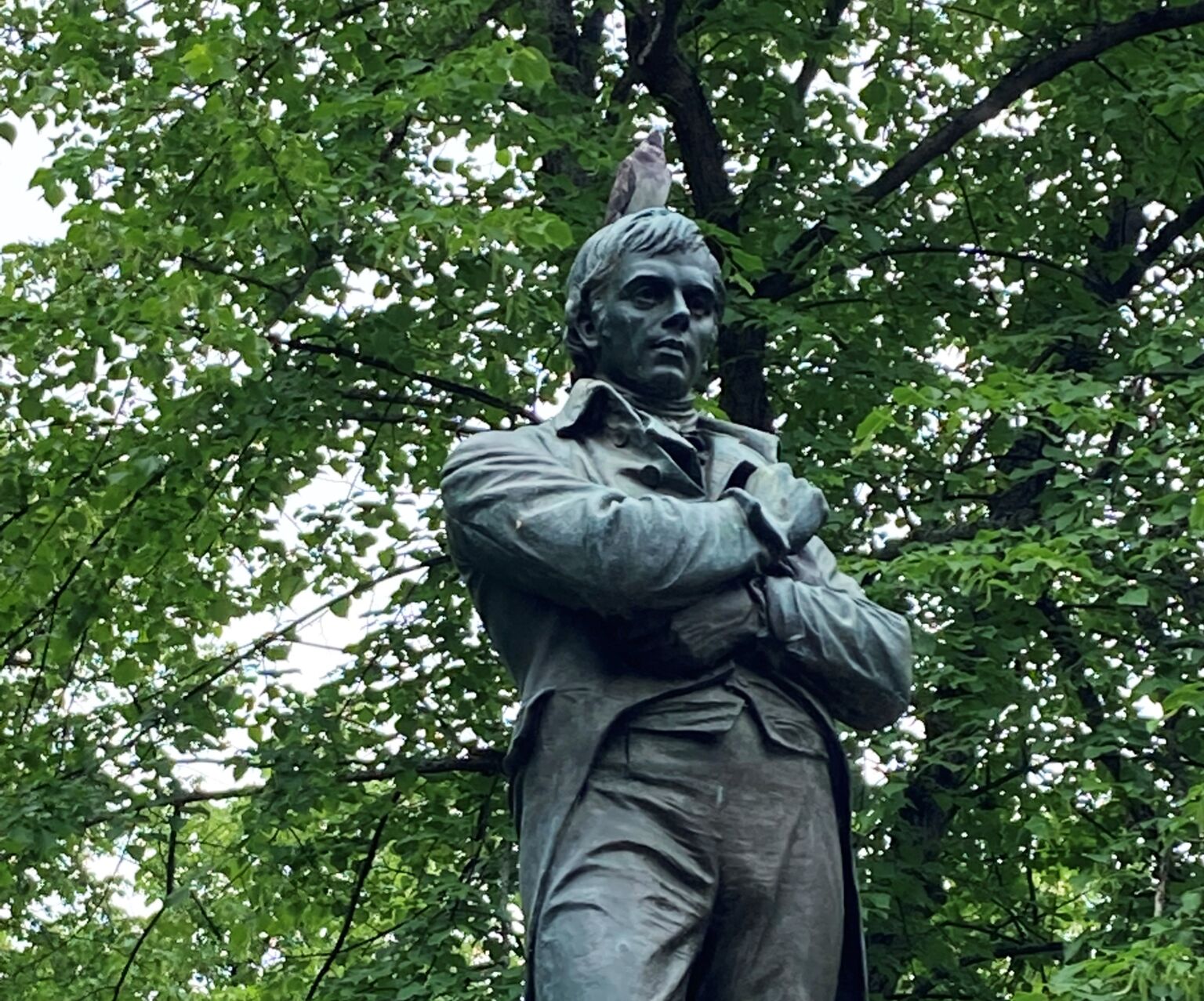 My real mission was searching for some special donor bricks that pave the terrace in front of Robbie. The pavers were a fundraising project of Feed Nova Scotia. From about 2000 until 2016, for $60, your name could be engraved in a brick. Wish I’d made the effort to have my name immortalized, like the Hfx Ladies Bicycle Club. 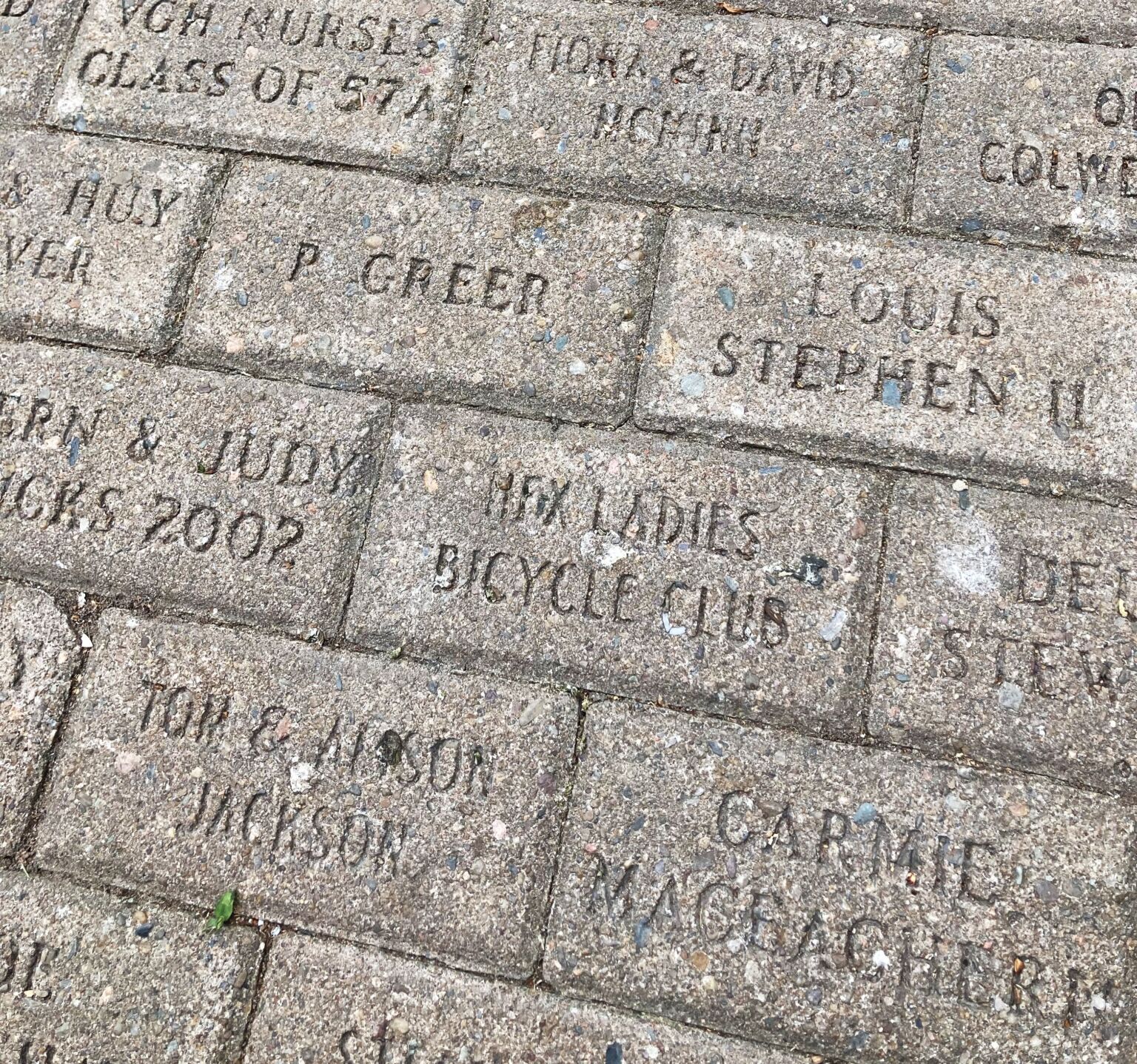 Close examination of the pavers reveals the call to action: CRASH, just below the ambiguous POSTIE BUSTER. Lots of good noticing and speculating opportunities. 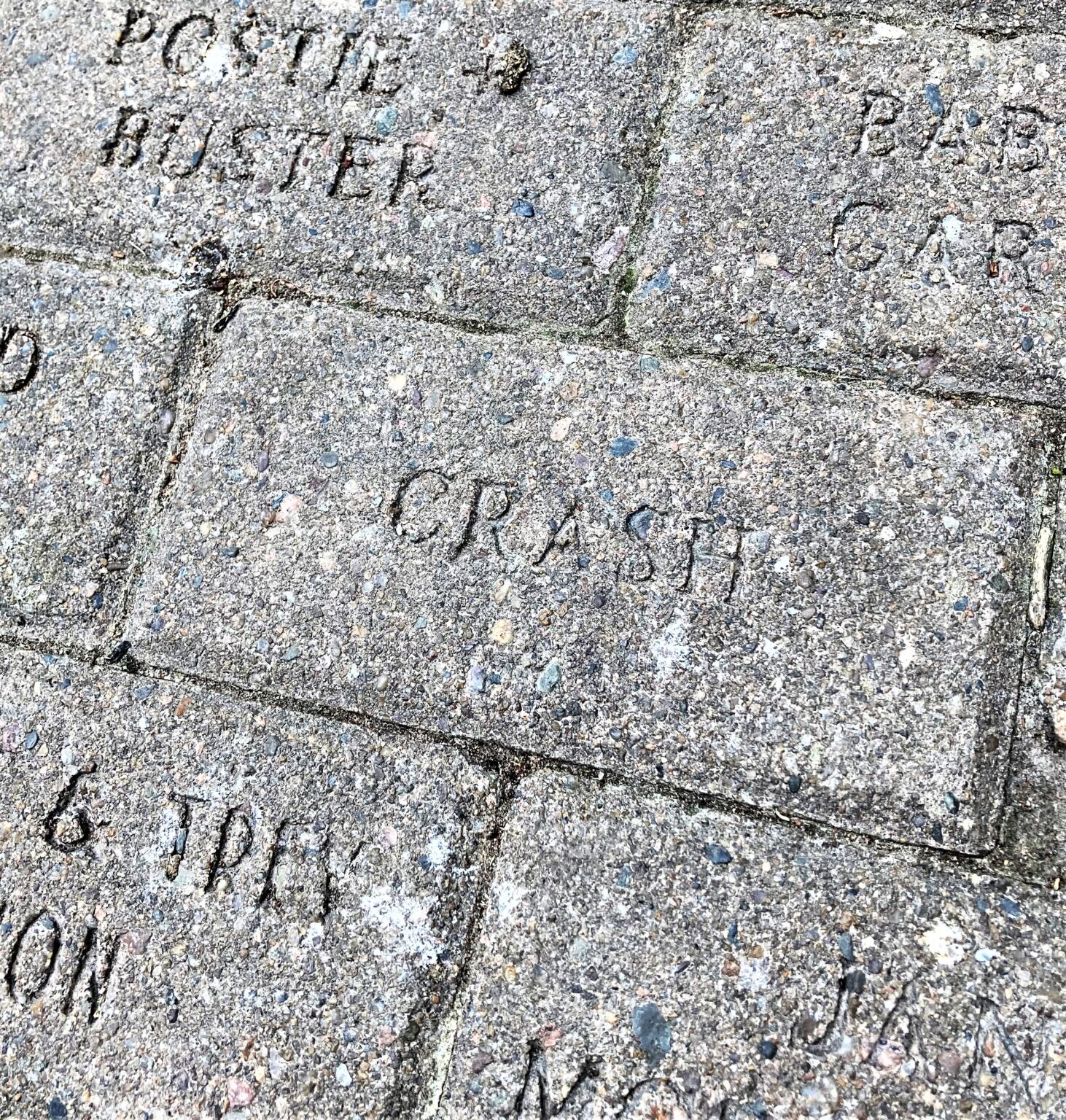 A surprising discovery was the name of our former mayor PETER KELLY followed by what could be an apology: SORRY. 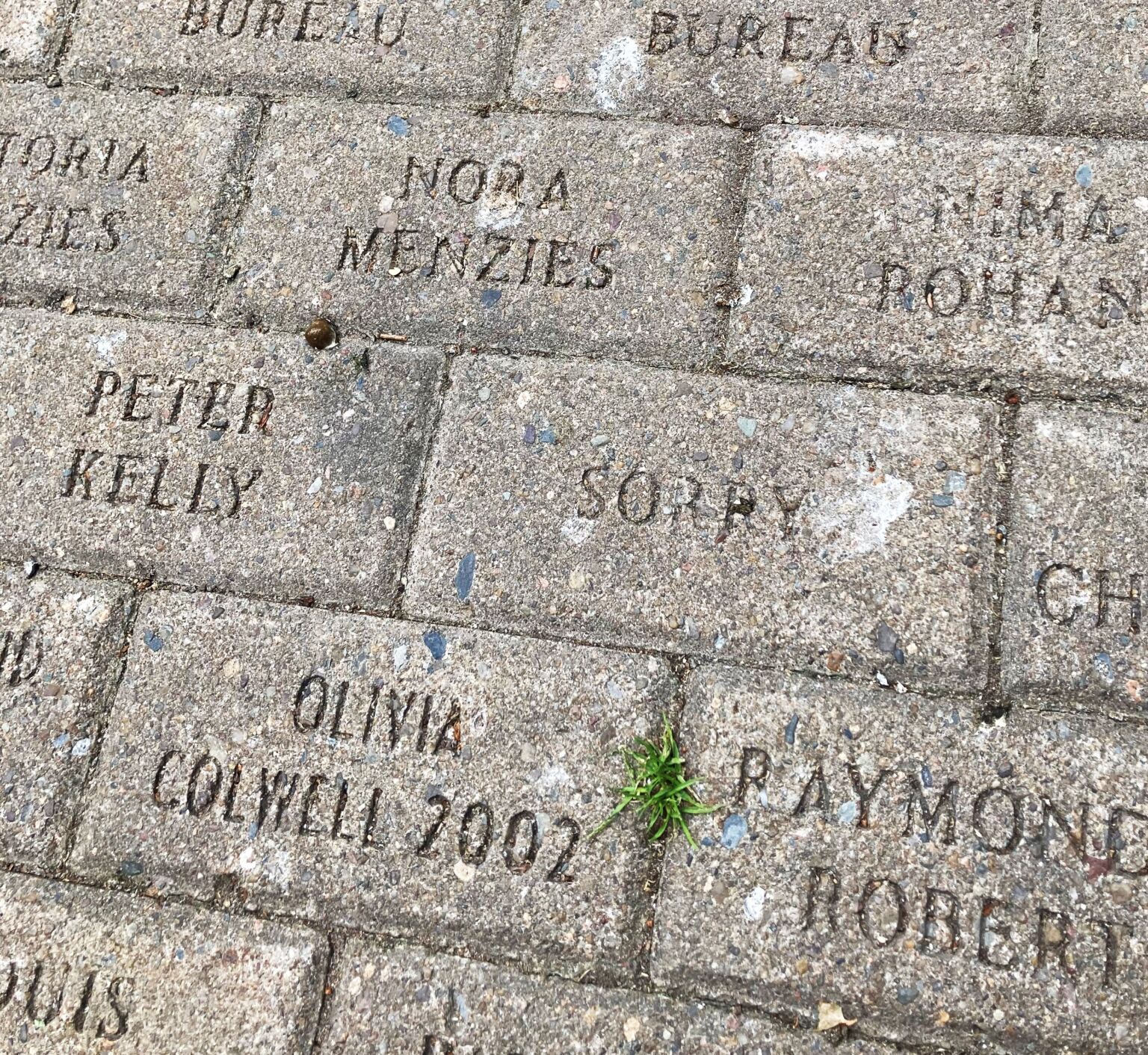 My real reason for scanning donor bricks was to locate Marcia Sabowitz and her cats. Surrounding her name in the shape of a diamond are the names of eight of her cats. To allow for no ambiguity, each is headed MARCIA’S CAT. Seven of the names suggest Marcia had a serious affection for musical theatre, as well as cats. 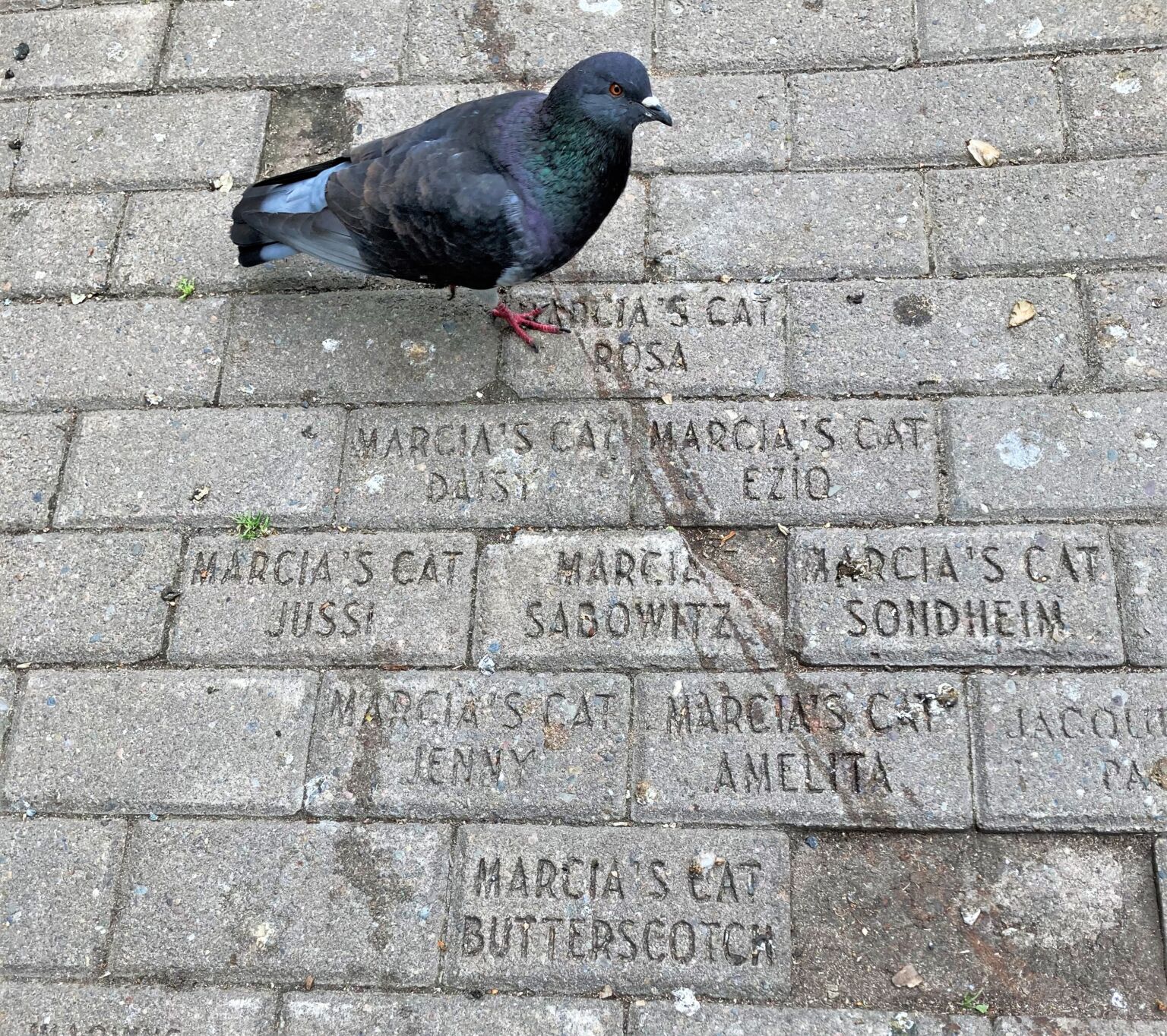 Here are my guesses for the origins of the names: