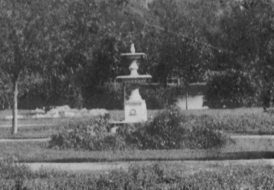 In the early 1970s I was seized by a passion for Victorian decorative cast iron and, armed with my trusty magnet, would venture on little expeditions of discovery around Halifax. The Public Gardens proved to have the richest concentration of iron objects: gates, fountains, park benches, bases for sculptures.

The Gardens took their present form in the second half of the 19th century and surprisingly little has changed since. Like provincial cities around the world, Haligonians furnished their parks with cast iron “ornaments” made by large foundries in the UK and the US. Many of these objects, like the Garden gates, have become cherished icons of the city. This post is about an uncelebrated piece of ironwork, a water-spouting urn that went missing over 40 years ago. 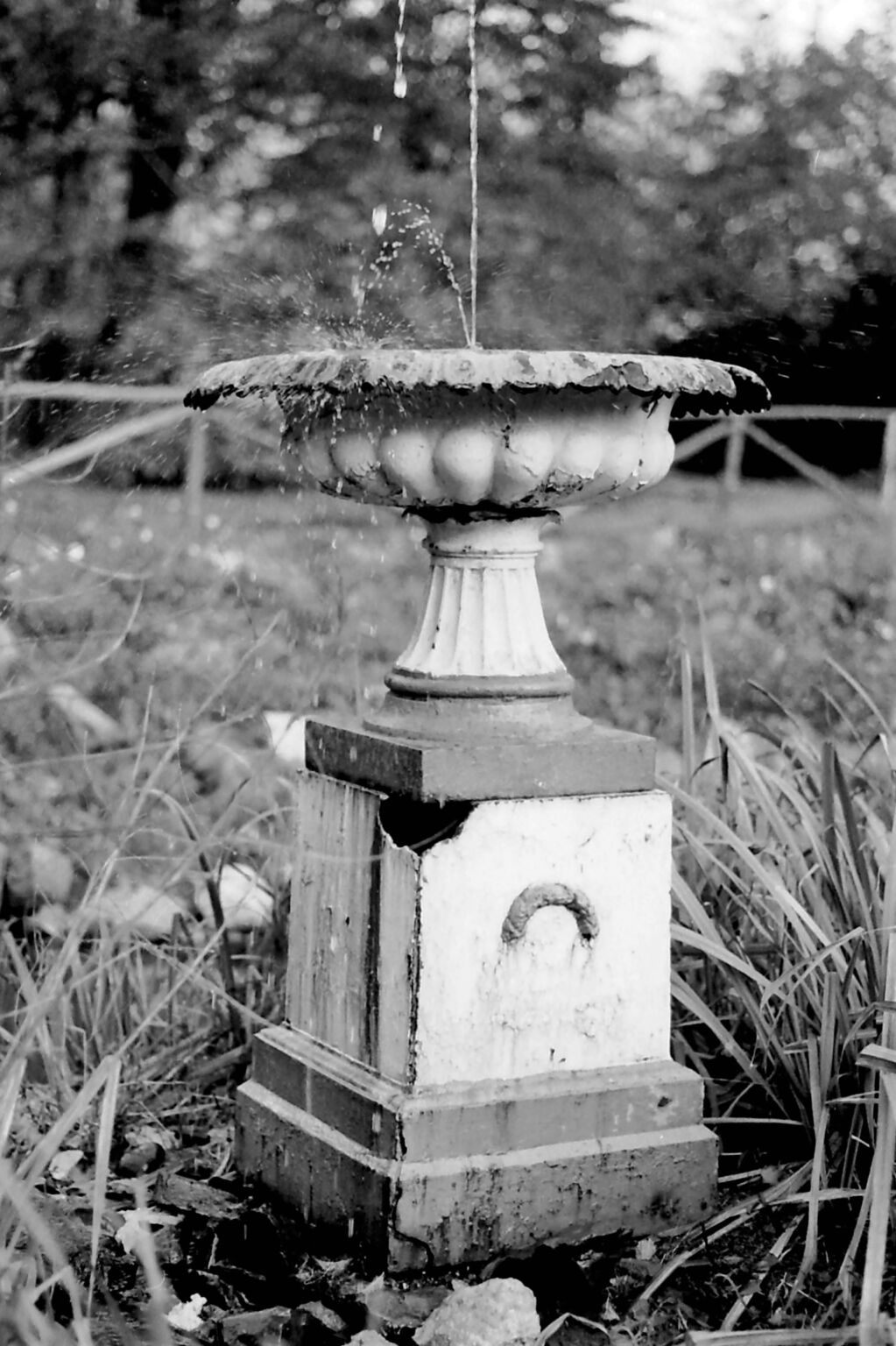 The urn sat on the tiny island in Freshwater Brook (the only daylighted section as it flows across the peninsula). 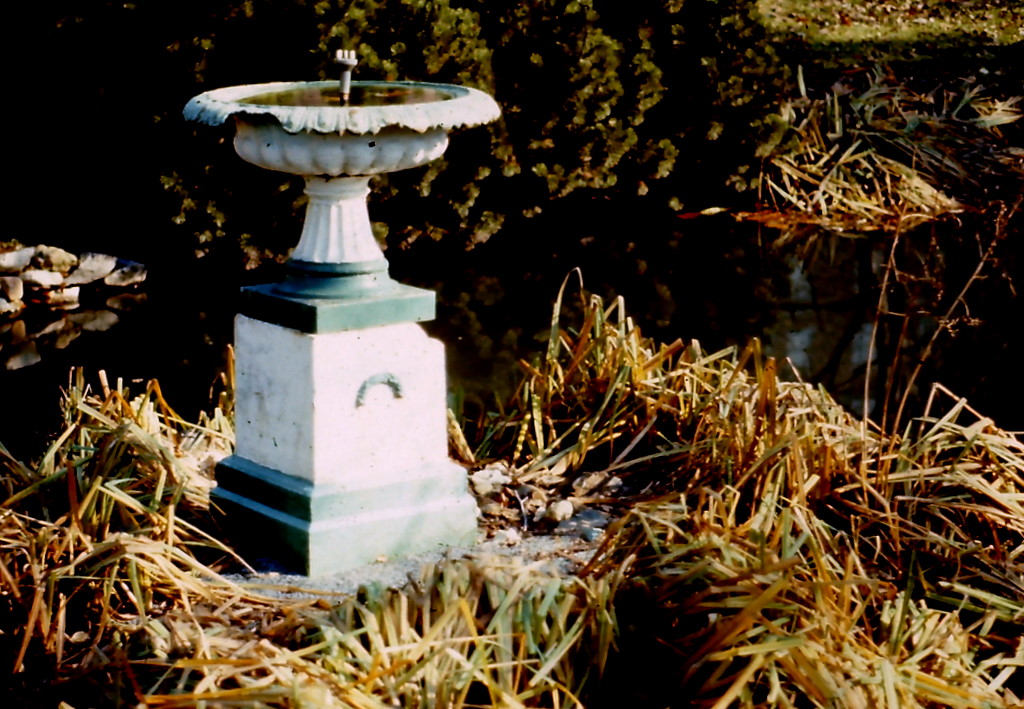 The urn was not in great condition, a corner of the base had gone and the rim of the bowl was “eroded”, but like other cast iron ornaments in the Gardens it could have been repaired and painted and would have looked like new. 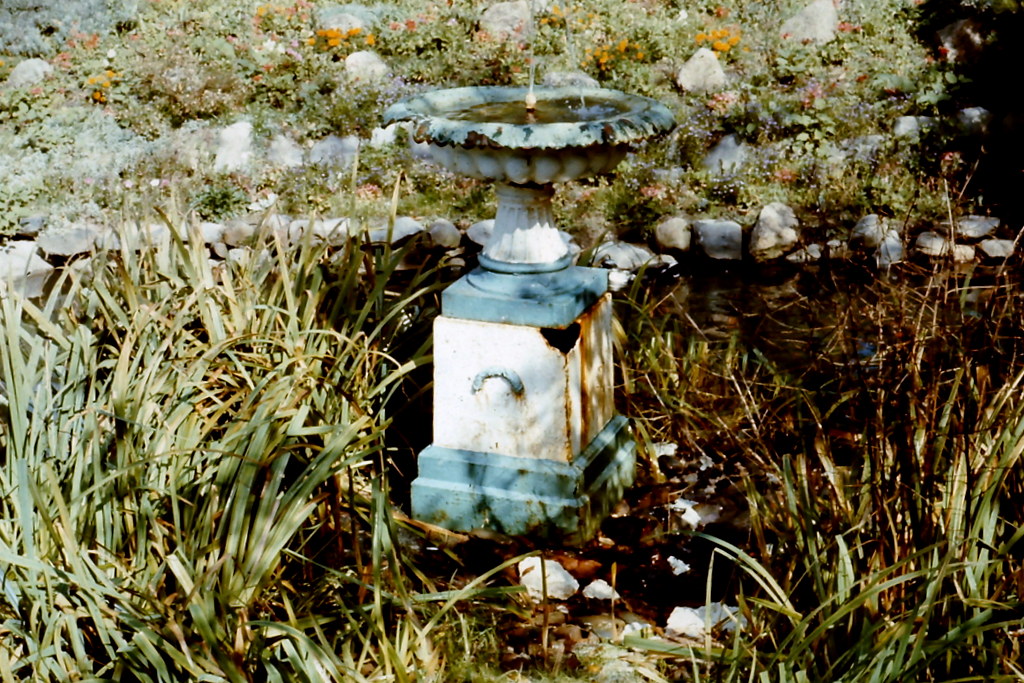 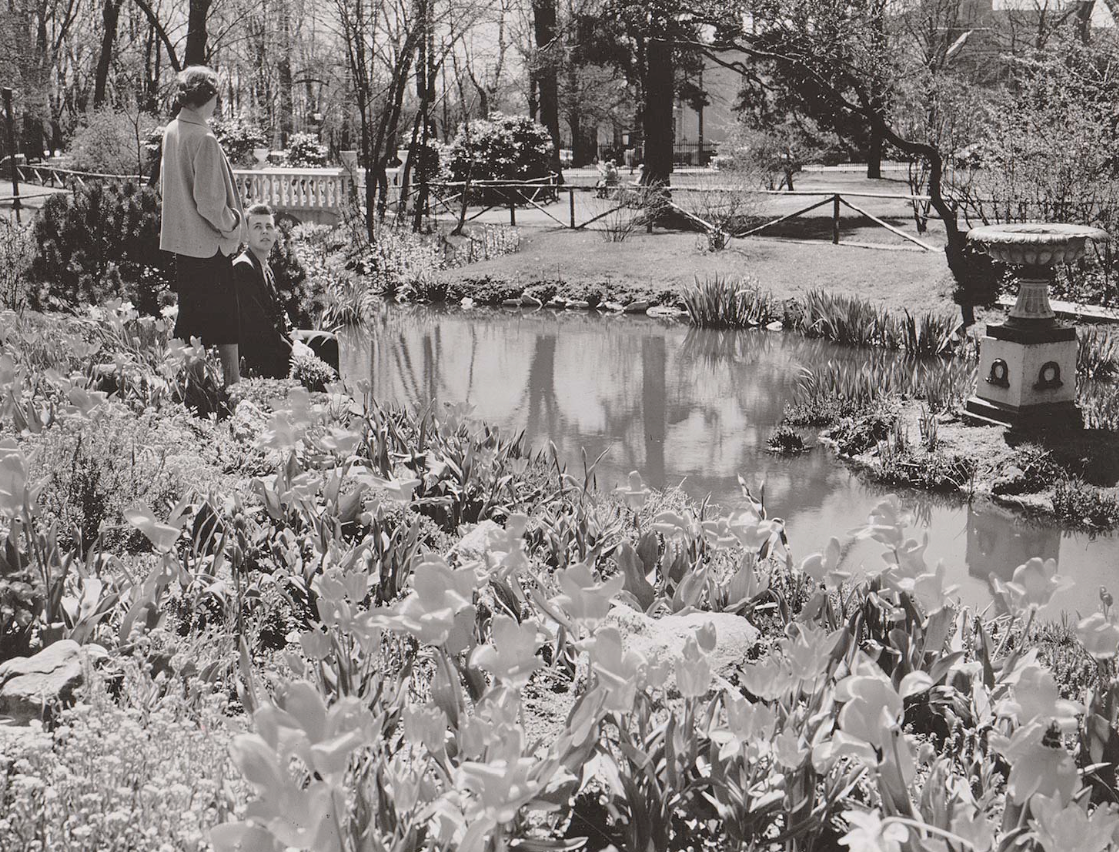 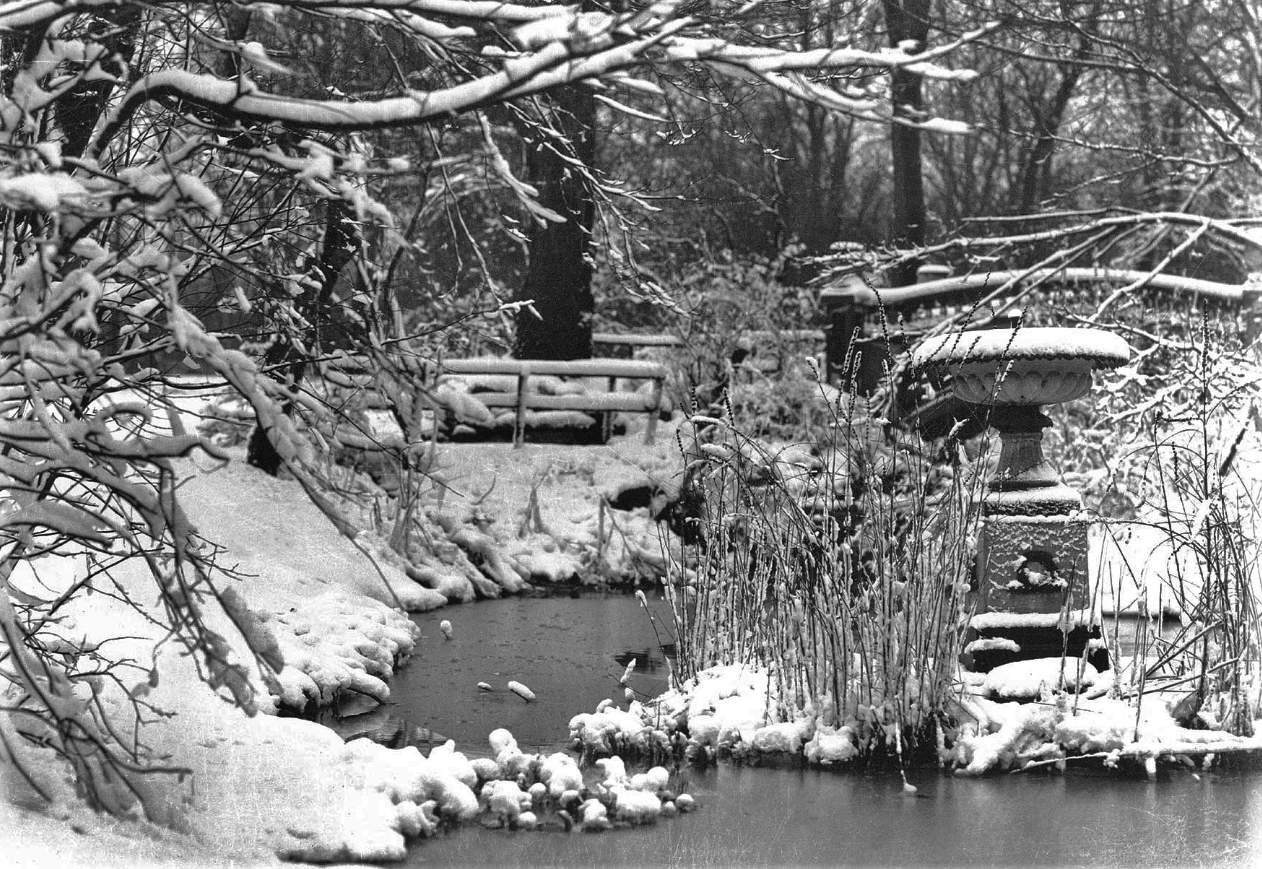 My theory is that when it was new, perhaps in the 1870s, the urn looked like this, a double-tiered fountain in the northwest corner of the Gardens. In 1897 the urn was displaced to make room for the flamboyant Jubilee Fountain, a cherub-rich confection topped with a zinc lady pouring water out of an urn. So many urns (probably really an amphora). 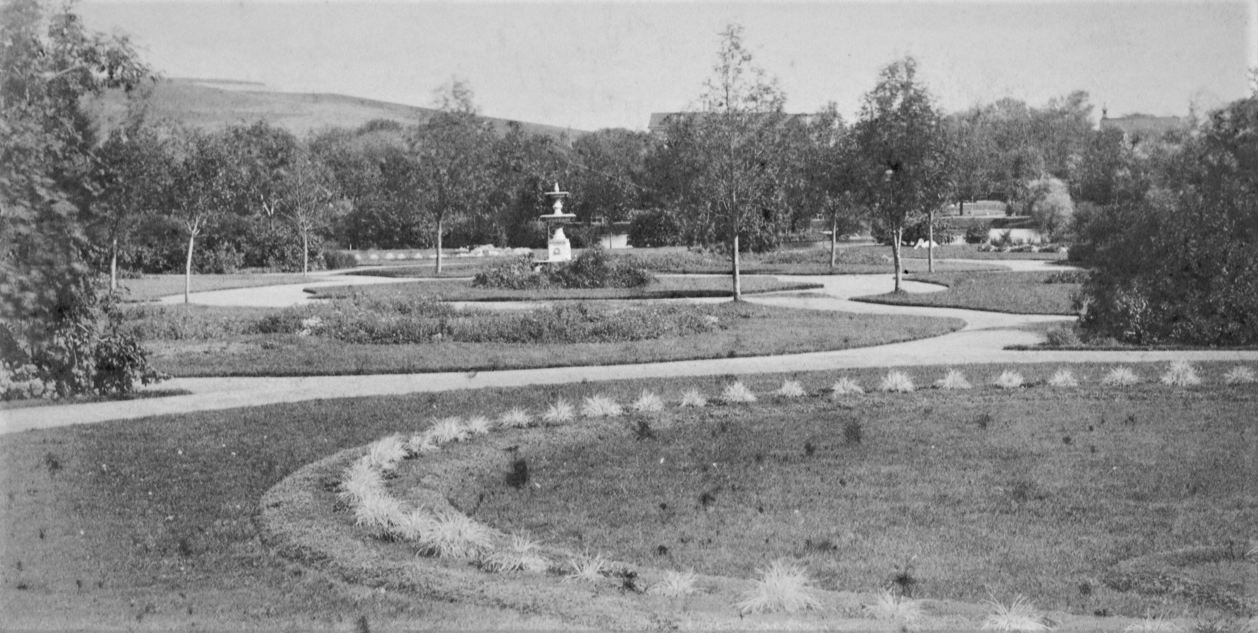 Then in 1977 our urn suddenly disappeared from its island home and was replaced by a monstrous piece of concrete kitsch. In a landscape where nothing much had changed in seventy years it felt like a spaceship had landed from the Tacky Galaxy. 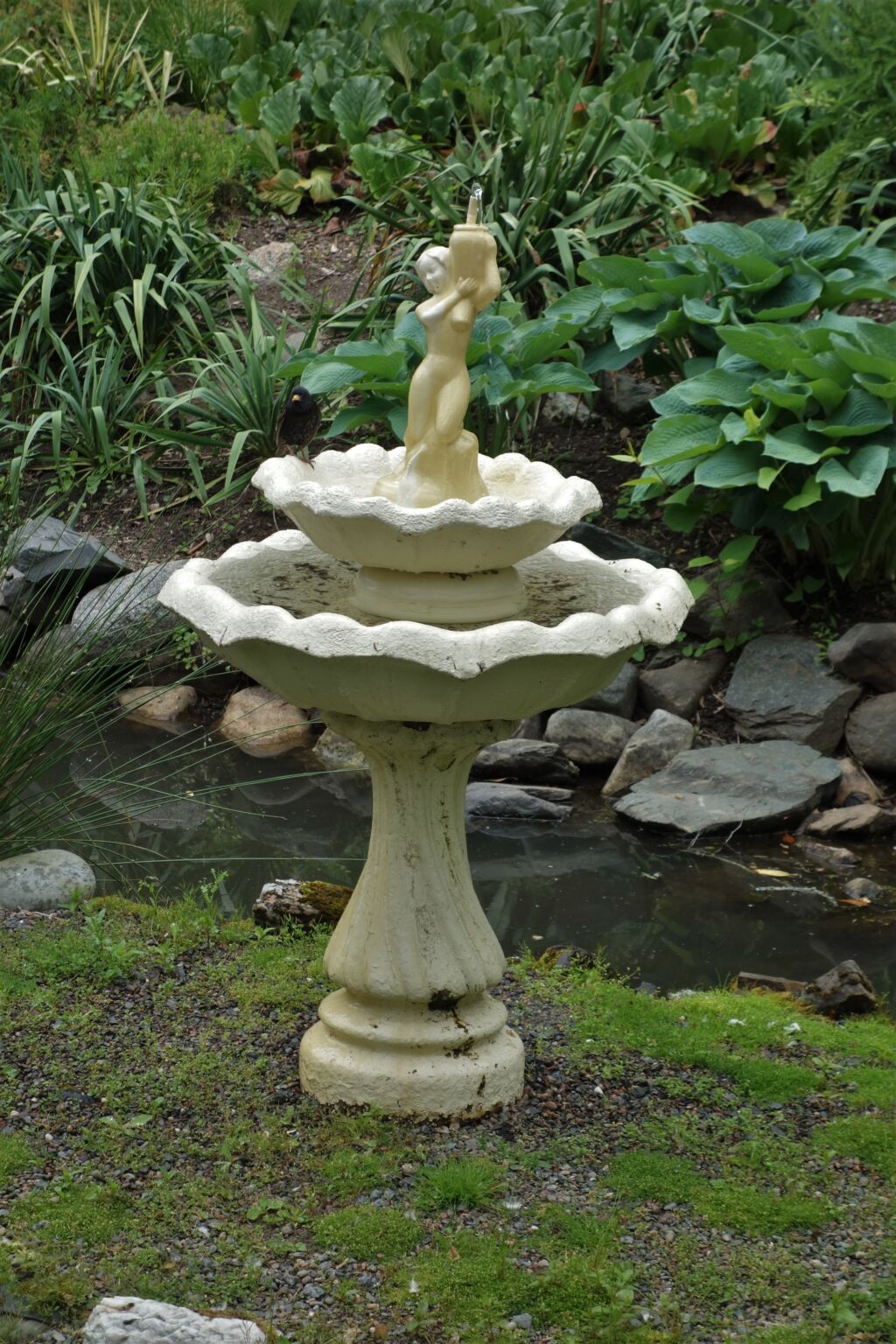 The concrete birdbath was donated in memory of Abbie Lane (1898 – 1965) by her husband. Abbie is well worth remembering, but there is also a whole hospital named for her that can actually be seen from the Gardens. Enough already.

Suzanne Rent has written a very helpful history of Abbie Lane that you should read. I learned that her family enjoys taking pictures with their memorial bird bath, and that they are amused because Abbie did not like birds. This was a good story and made me feel slightly softer.

There are several objects in the Gardens that I am fond of that honour events that should no longer be memorialized (the Boer War and the Northwest Rebellion for example). Abbie Lane does not fit in this category. I just wish the old cast iron urn was still there, spurting away.

Abbie Lane was also responsible for a regulation that boys were required to wear neckties to school. Here from 1962 is my grade 10 class picture in an Abbie mandated tie that was supposed to prepare me for life in the real world. I’m just as happy as I look, but that has nothing to do with neckties. 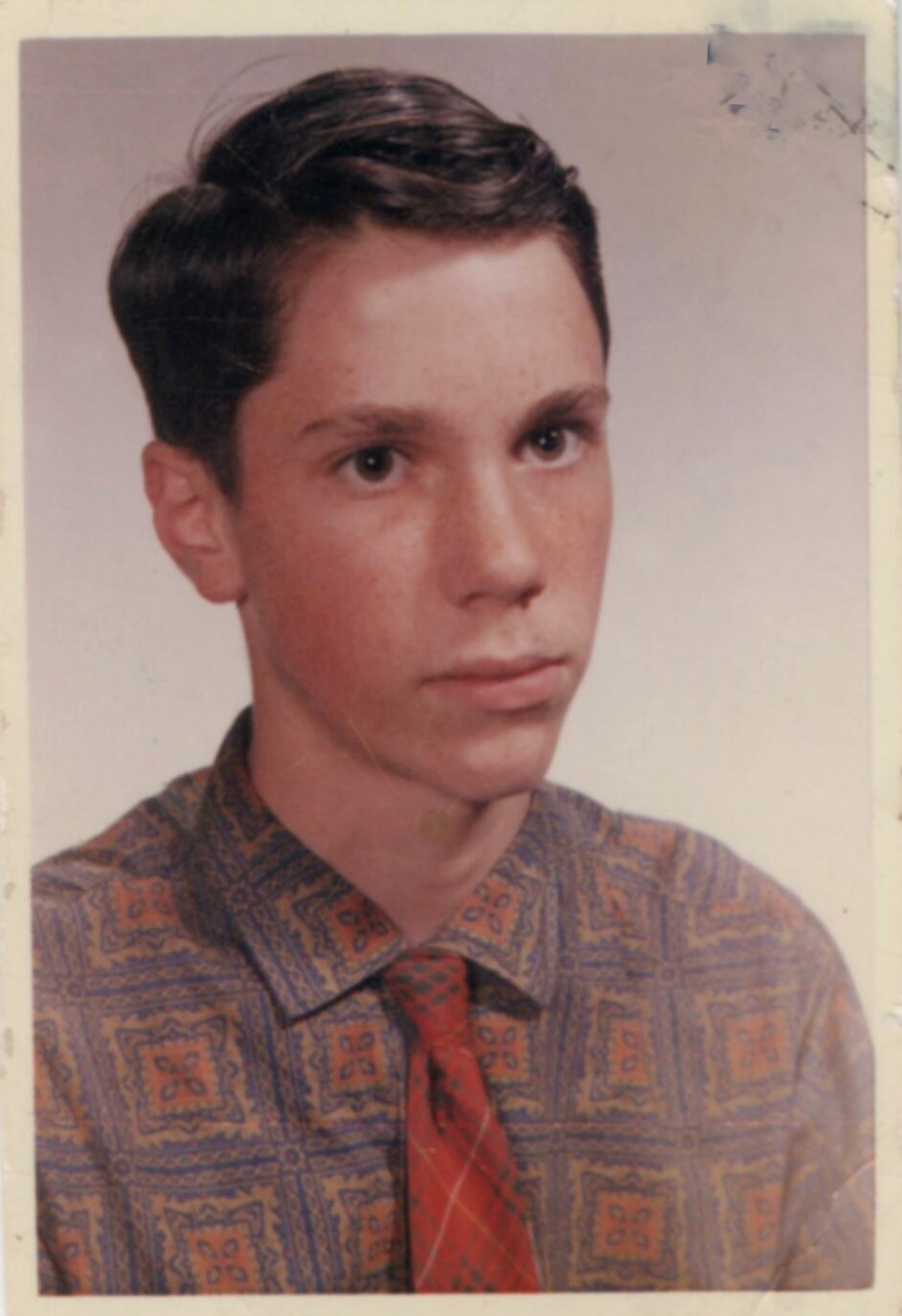 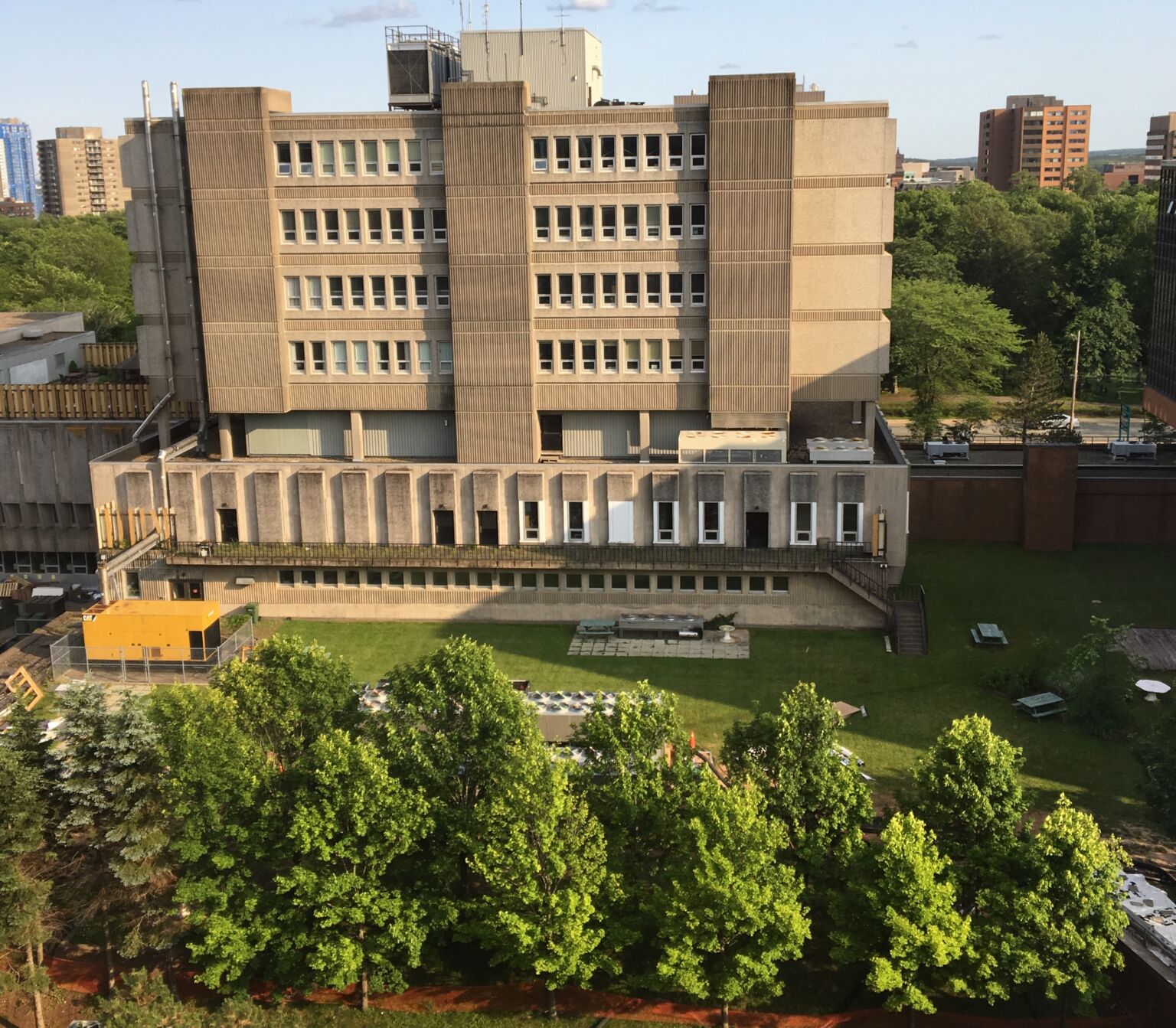 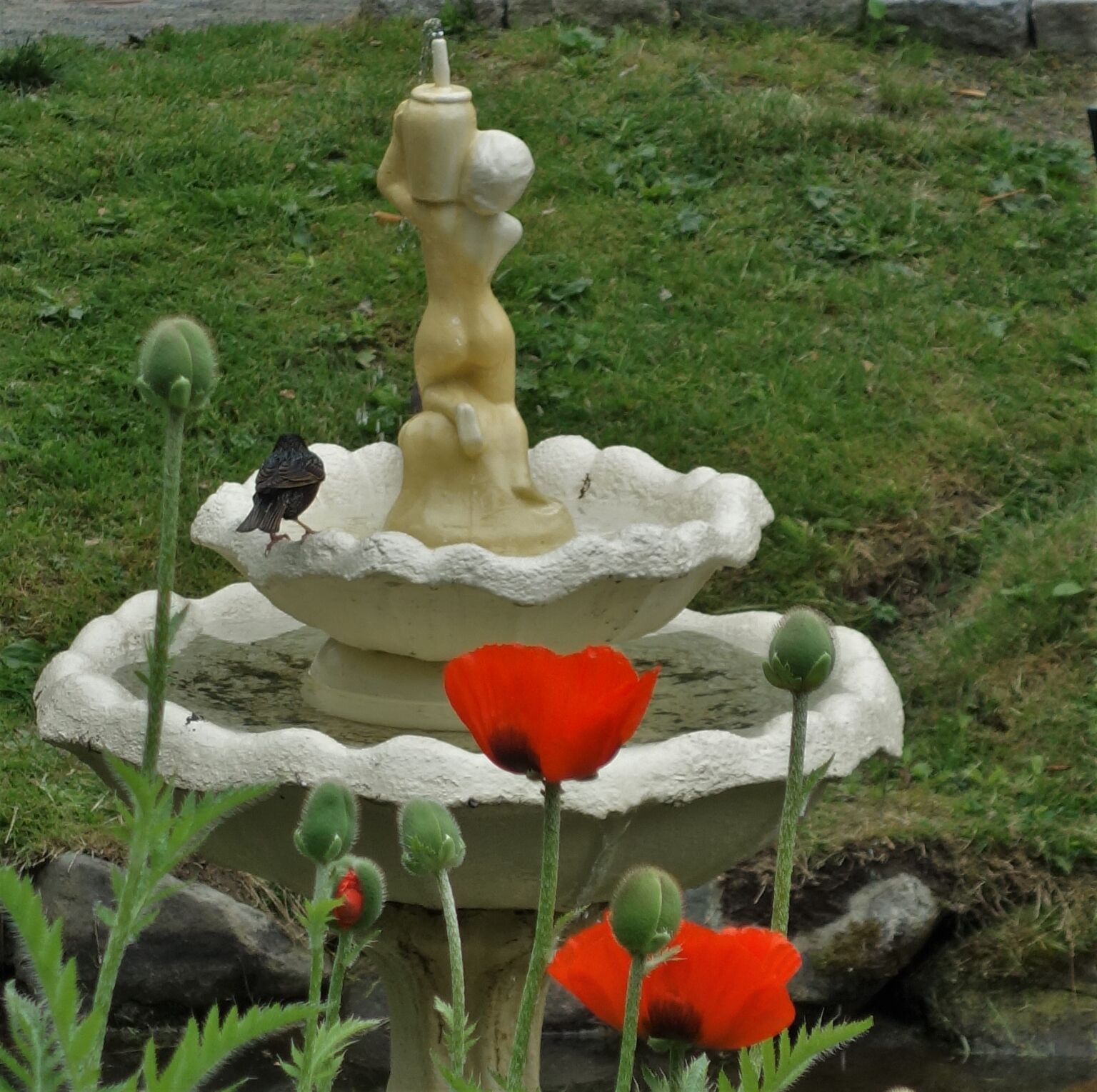